Jenny Petersen is not the pilot you imagine. She does not put on a crisp white shirt, a blazer with epaulets, and a matching cap every morning. Instead, she pulls a woolen hat over her long blond curls, bundles herself up in a puffy jacket topped with a high-vis vest, and laces up solid winter boots. Being a bush pilot in the Arctic is casual when it comes to the uniform. 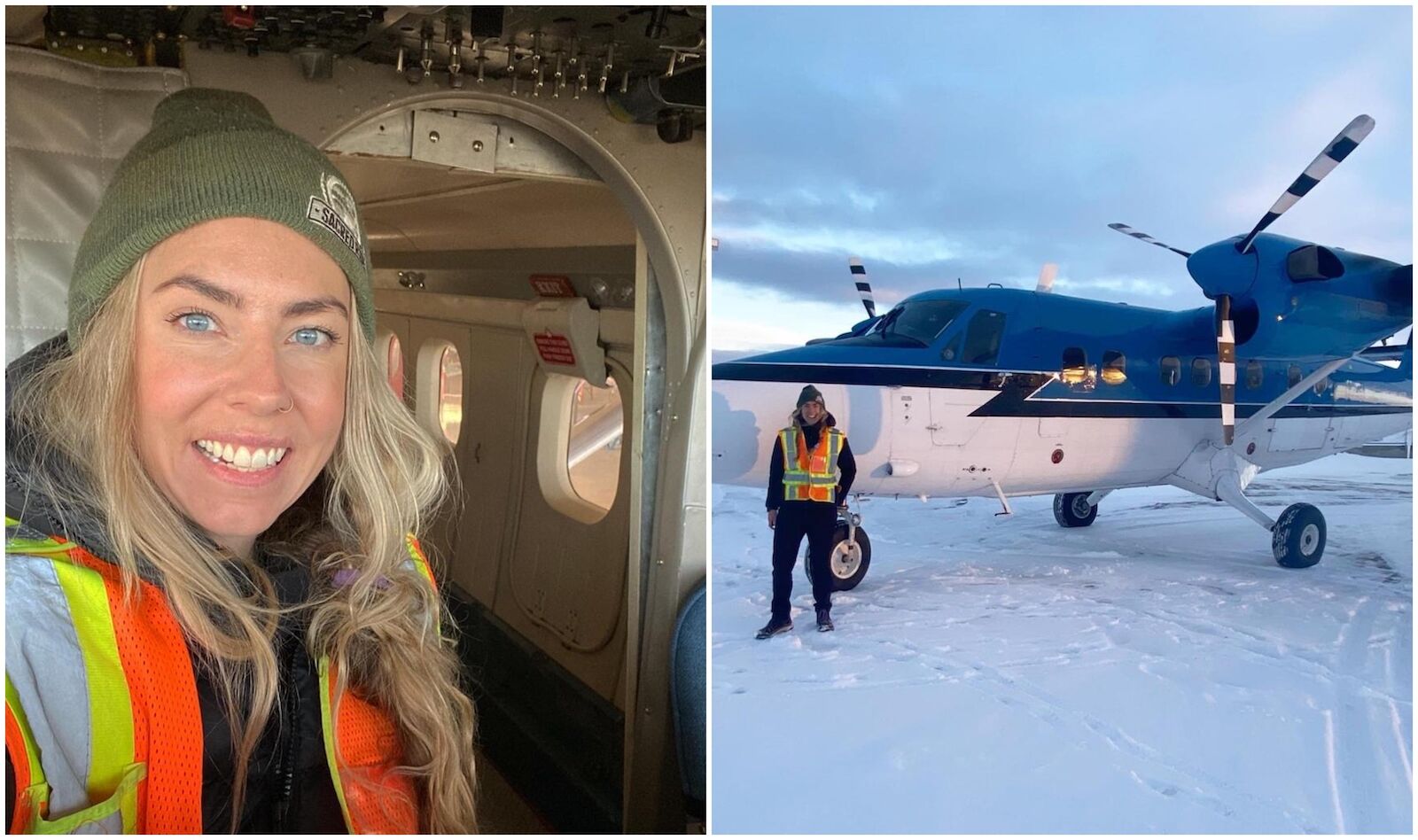 Petersen works for Kenn Borek Air, a Canadian airline that specializes in flying cargo and passengers to remote locations, including the Arctic and Antarctica. It’s her dream job.

Fueled by the stories of her pilot uncle, Petersen’s desire to fly started when she was a child.

“I always knew I wanted to be a bush pilot. It was always my dream. My uncle was a bush pilot in Africa for most of his career and I thought it was the coolest thing ever,” she tells Matador in a phone interview.

With her ambitions set from early on, at 22, after saving some money, Petersen started working on her Private Pilot License, followed by her Commercial Pilot License and her night rating. In just over one year, she completed all her training with Kootenay Lake Aviation in Nelson, British Columbia, Canada.

Straight out of flight training, Petersen got her first job with Kenn Borek Air, for whom she’s been working for three years.

“I was over the moon when I got in [with Kenn Borek Air] for my first job. The kind of work they do, flying to the Arctic and Antarctica, that’s amazing. All the remote places you get to go and see is why I wanted to work for them.”

Flying in Antarctica is not for the faint of heart 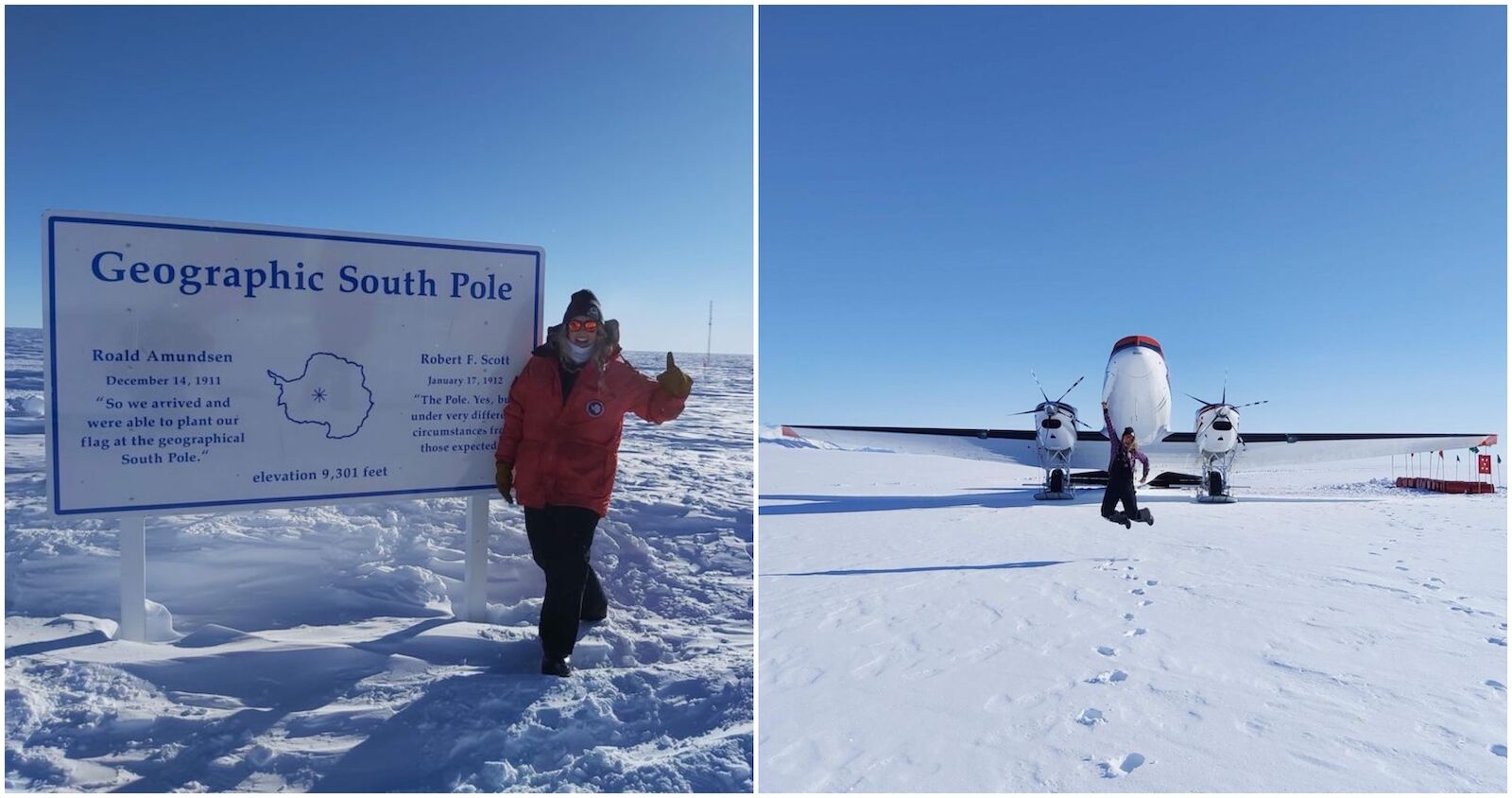 Petersen loves an adventure, and she certainly gets plenty of it as a bush pilot with Kenn Borek Air. At the end of September 2019, she spent five months in Antarctica with the airline, flying scientists and their gear, including American scientists at the South Pole, to new ground to set up camps for research.

Flying in Antarctica brings its own set of challenges. Pilots have to do with the little information they get about the weather and other flying conditions. And, when problems arise, rescue is very limited in this extremely remote and difficult region.

During her stint on the seventh continent, Petersen also worked tirelessly as a flight attendant, fueling and loading the aircraft (a DC-3), and taking care of the special passengers on board.

But nothing deters her, not even maintaining an airplane in minus 60-degree weather, as long as she gets to fly and have fun.

“Five months was a long time to be there, but you get to see a lot of cool places. We saw a volcano, which I did not know existed in Antarctica, and a dry valley without any snow.”

Petersen hopes to go back to flying airplanes in Antarctica in the fall. 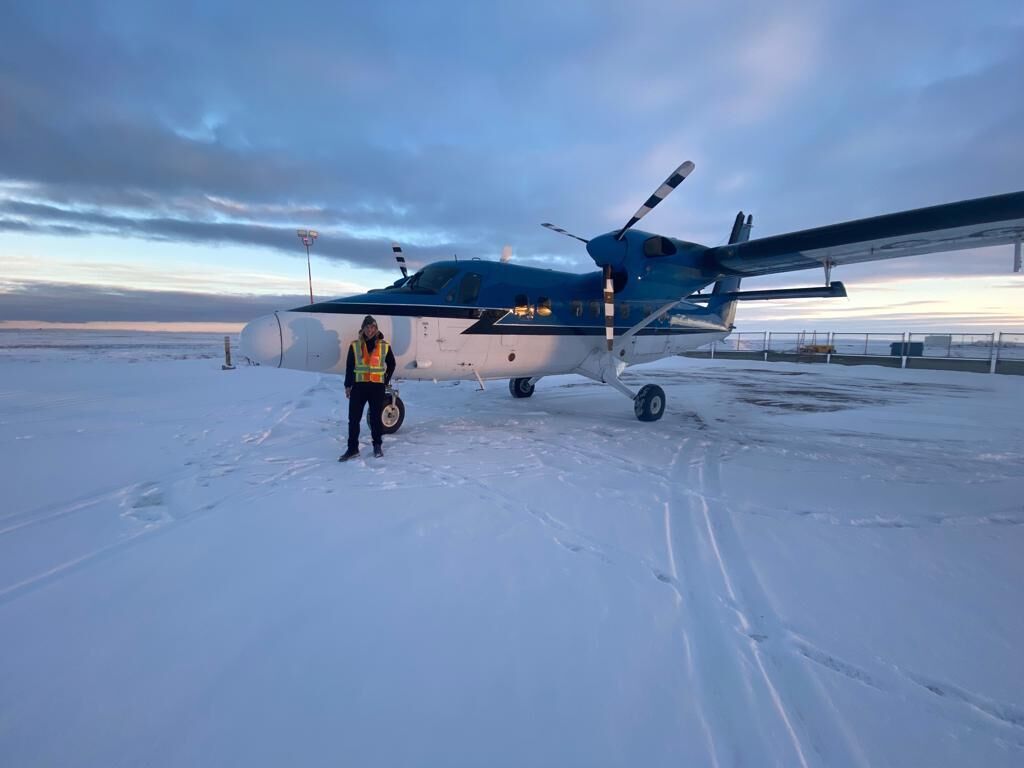 While she had a good time in Antarctica, nothing compares to the Arctic for Petersen. When asked if she had a favorite place to fly to, she simply said, “I just love the North.” A good answer for someone who flies to some of Canada’s most remote northern communities every single day.

Based in Calgary, Alberta, Petersen works three weeks on, three weeks off. When she is at work, she stays in a crew house in Inuvik, a town 125 miles above the Arctic Circle in the Northwest Territories. (Kenn Borek Air has two other bases in some of the most remote places in the Arctic: Iqaluit and Resolute Bay in the Canadian territory of Nunavut.)

When we talked to Petersen, she had been in Inuvik for two weeks, flying food, mail, supplies, and passengers into and between small communities every day. She was also on medevac duties to get people living in remote hamlets the urgent medical care when the need arises.

The typical day for a bush pilot in the Arctic starts with checking the flight schedule. Upon waking up in the crew house, Petersen and her colleagues check what’s in store for the day, get the weather briefing, and study it before planning the flight and filling in the necessary paperwork. They then head to the airport where they pull the airplane (a King Air) from the hangar, do a preflight walk-around, i.e. an outside check of the aircraft, and finally make sure they have everything they need for the flight. Then, they load the aircraft with the passengers and/or the cargo they need to fly out .

After landing at their destination, they drop off the cargo and the passengers before refueling and coming back. Sometimes, they stop at three or four communities on the way back. A bit like a flying bus, bush pilots in the Arctic stop everywhere on the way.

For example, on Tuesdays, Petersen and her colleagues fly a run that Kenn Borek pilots call The Triangle. They fly cargo and passengers from Inuvik to the Hamlet of Sachs Harbour. Once in Sachs Harbour they drop off passengers and cargo there, pick up more passengers and mail and fly to the remote hamlet of Ulukhaktok where they do the exact thing again before flying back to Inuvik.

From the spring throughout fall, when the ice roads that form on the rivers of the Arctic have thawed and cannot be used, flying to remote communities that rely on the roads is much busier. The only way in is by plane, so up to four flights a day can be scheduled to accommodate members of those communities who need to get groceries, supplies, mail, etc.

But this summer, Petersen will not be flying those people from Inuvik to their homes. She is taking the summer off to take on another adventure: flying float planes with South Nahanni Air in Fort Simpson, also in the Northwest Territories. She will add another feather to her cap by training on a new type of aircraft, and accumulate some flying hours. She plans to move from the First Officer’s seat to the Captain’s seat with Kenn Borek Air as soon as she can, and there’s one thing for sure, nothing will stop her.