I HAD ALWAYS DREAMED of driving along California’s Highway 1, having seen it in bits and pieces in the past. When the opportunity of a friends reunion approached, I suggested we pick this drive to spend quality time together. It wasn’t too difficult convincing my friends as two of them already lived in the Bay Area. We decided to start driving from the North in San Francisco to down South in LA. All went according to the plan except one thing: a big part of Highway 1 in the Big Sur area has been closed for the past few months. That was a big disappointment as Big Sur was one of the main reasons for me to drive this highway. Nevertheless, we quickly put together plan B in place — a small detour and few additional towns got added in the itinerary to replace Big Sur.

These 15 photos below will take you along the drive with us from the coasts of San Francisco to Los Angeles. Our plan B gave us an opportunity to explore more of Central California. It was especially exciting this year to see the landscape pop with color due to California’s super bloom. 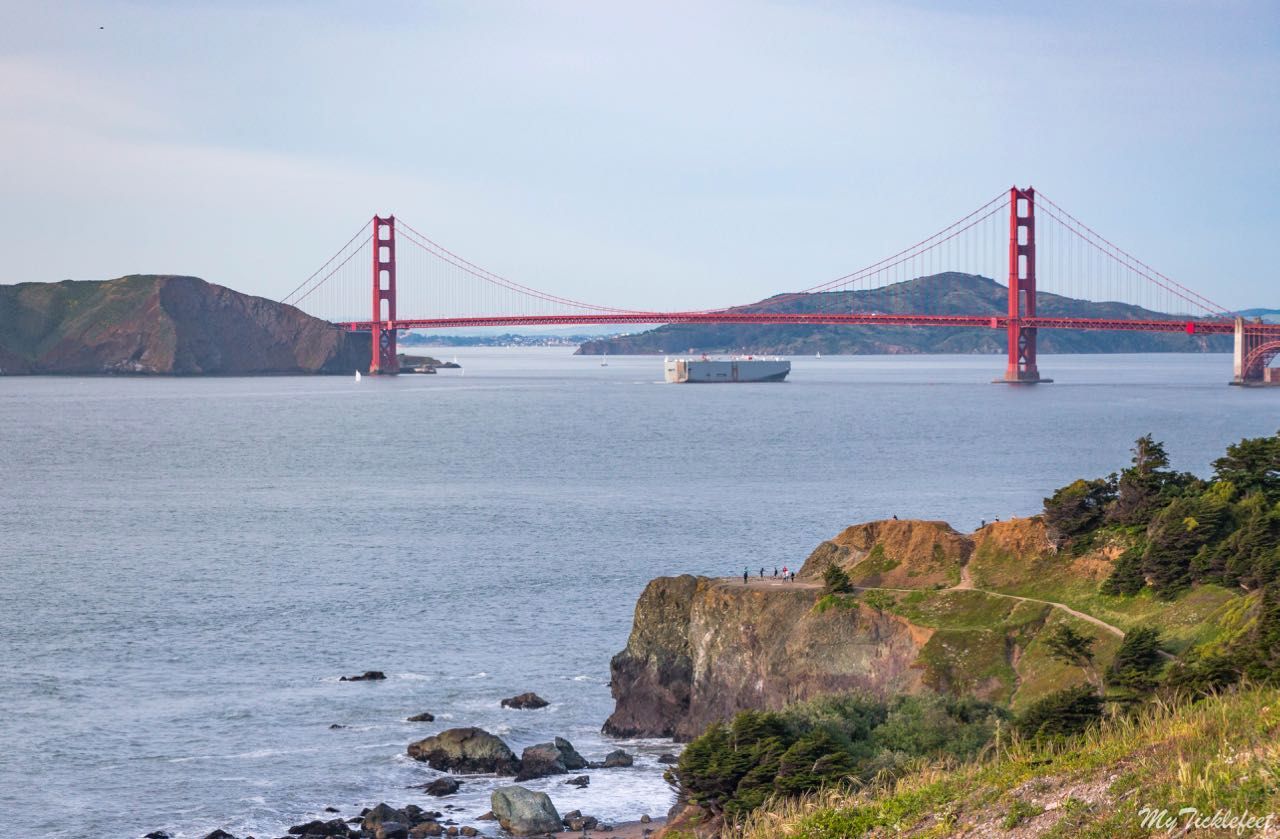 I have visited San Francisco in the past but this was my first time on the Land’s End Trail. Tourists usually head to the Golden Gate vista point across the bridge but Land’s End trail gave me an opportunity to view Golden Gate in a different perspective. This trail also has other interesting points including sutro baths and the labyrinth. All photos by the Author. 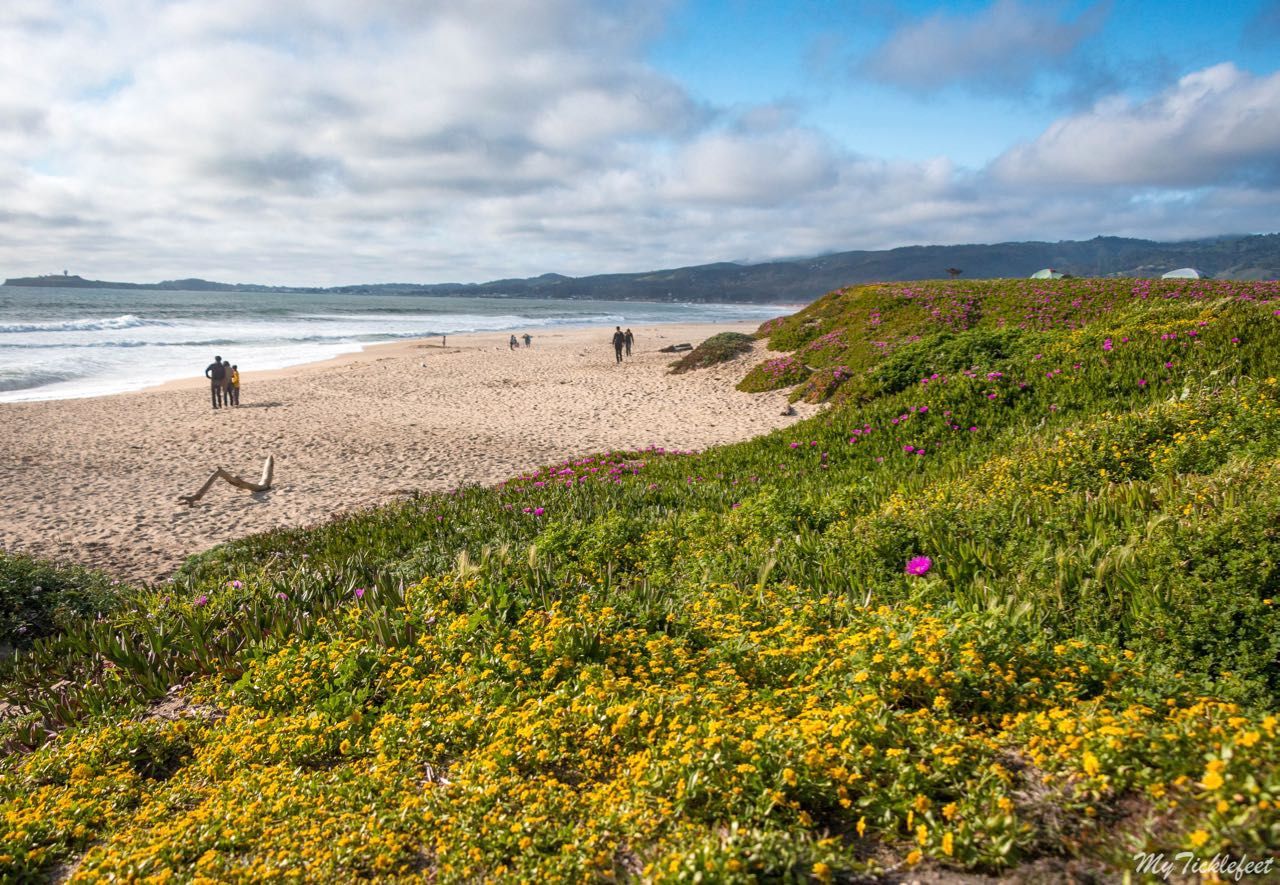 One of the only beaches I saw in North California where surfers kept pouring in giving us and the campers a good company. Half Moon Bay was also the most wildflower blanketed beach I encountered in this roadtrip. 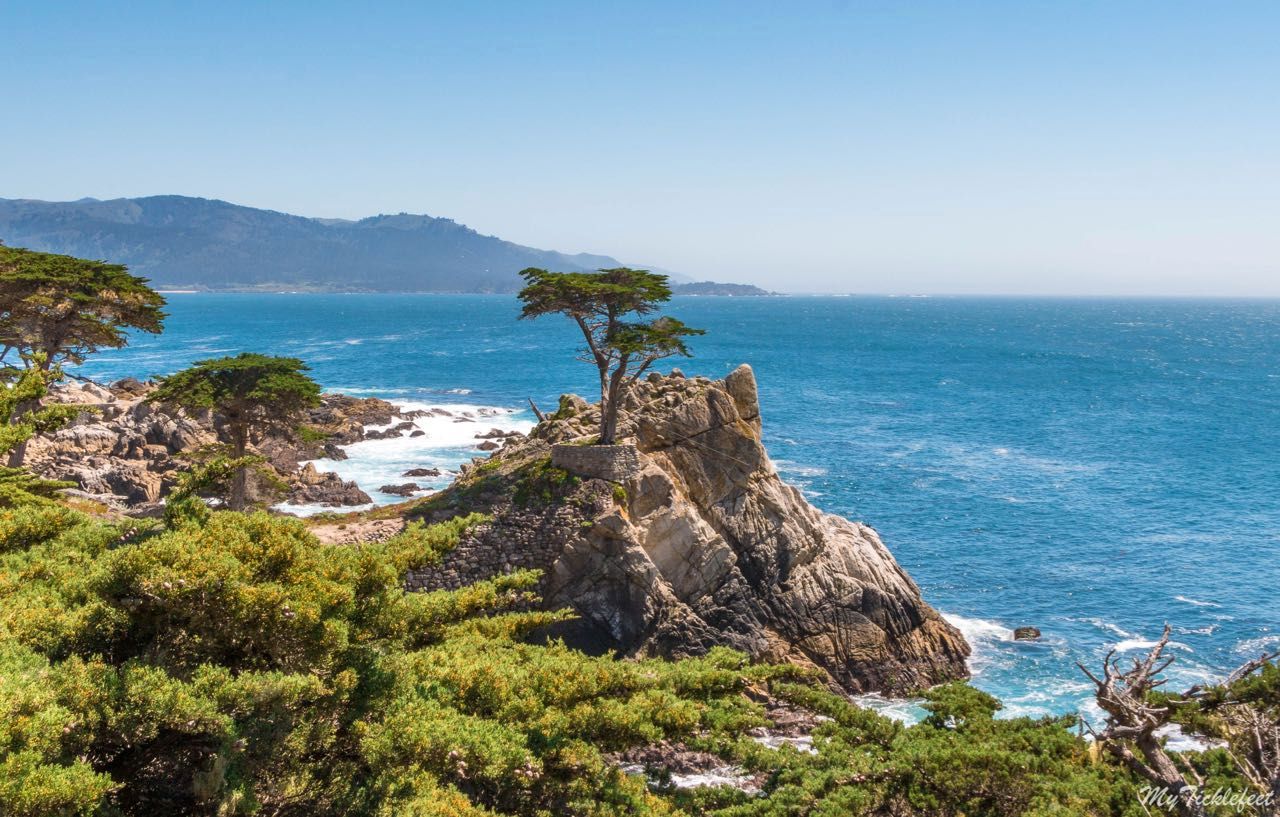 Heading further south, I drove through the 17-mile scenic drive around Pebble Beach in Monterey. The Lone Cypress Tree seemed to draw maximum tourist attention giving an impression that this could be the most photographed tree on this drive. I chose to show a wide angle shot to portray how it might not be so lonely after all. 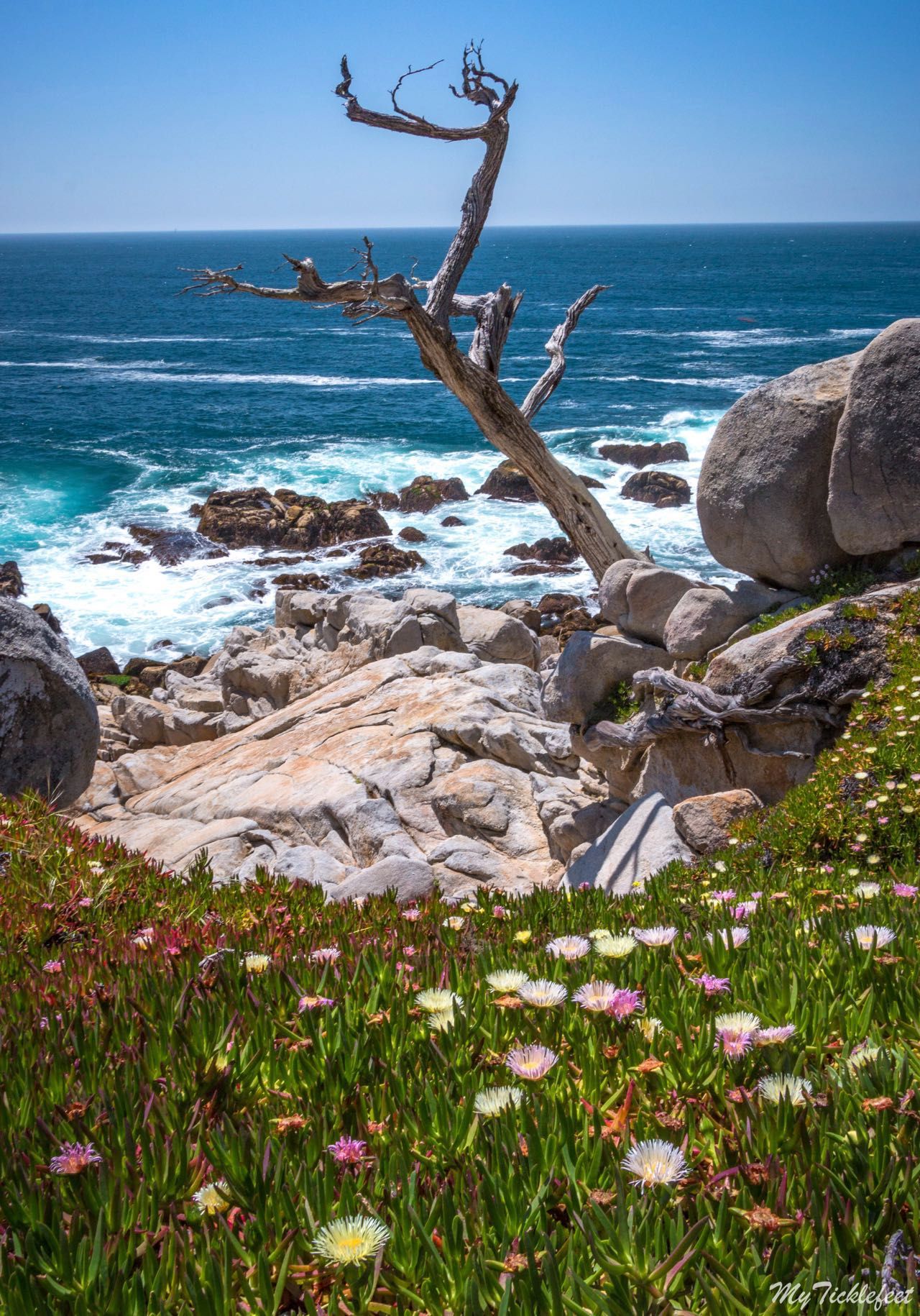 Ghost Tree has always been my personal favorite to photograph on the 17 mile scenic drive because of the drama it brings to the scenery. However, with super bloom this year even Ghost Tree seems to have come to life. 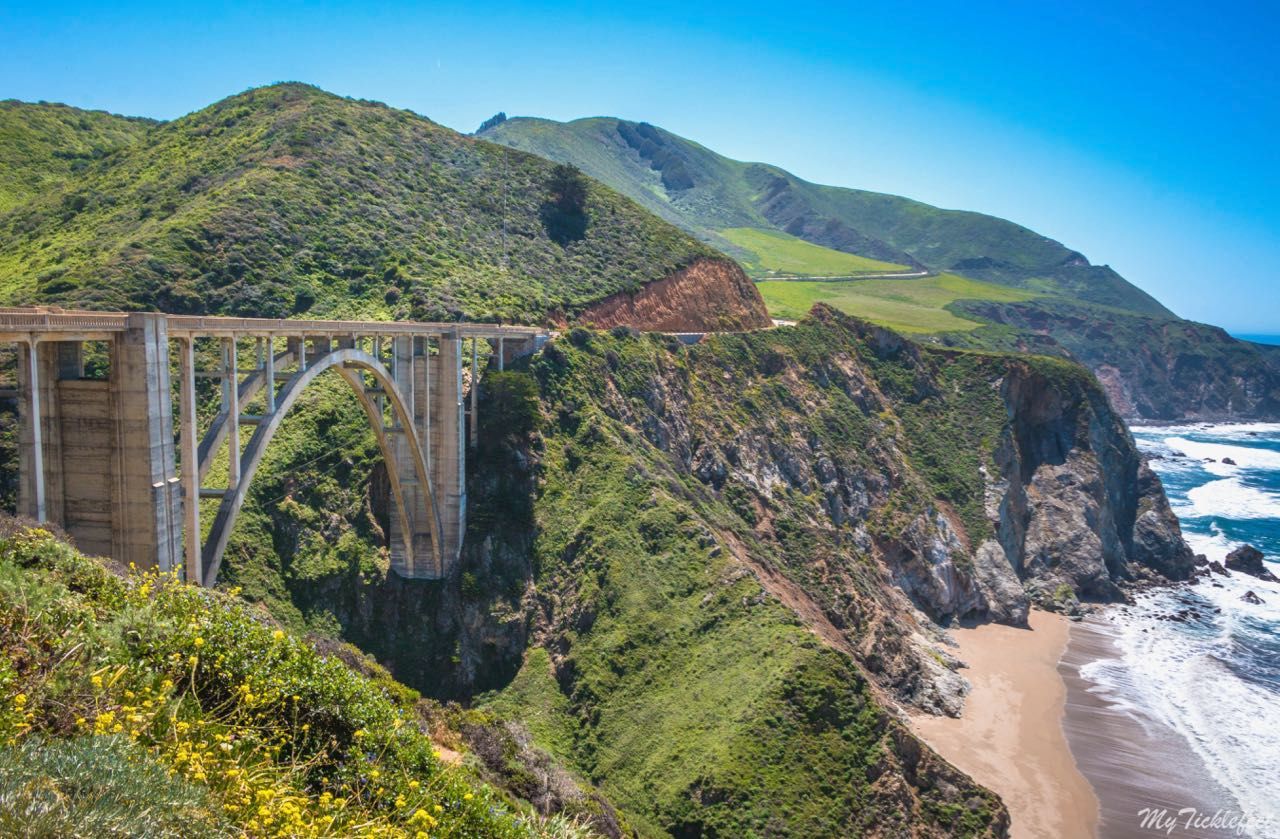 I was extremely excited to learn that we could go up till Bixby Creek Bridge in Big Sur on Highway 1. This iconic bridge built almost 90 years ago have been a testament to time and architecture in a natural setting. 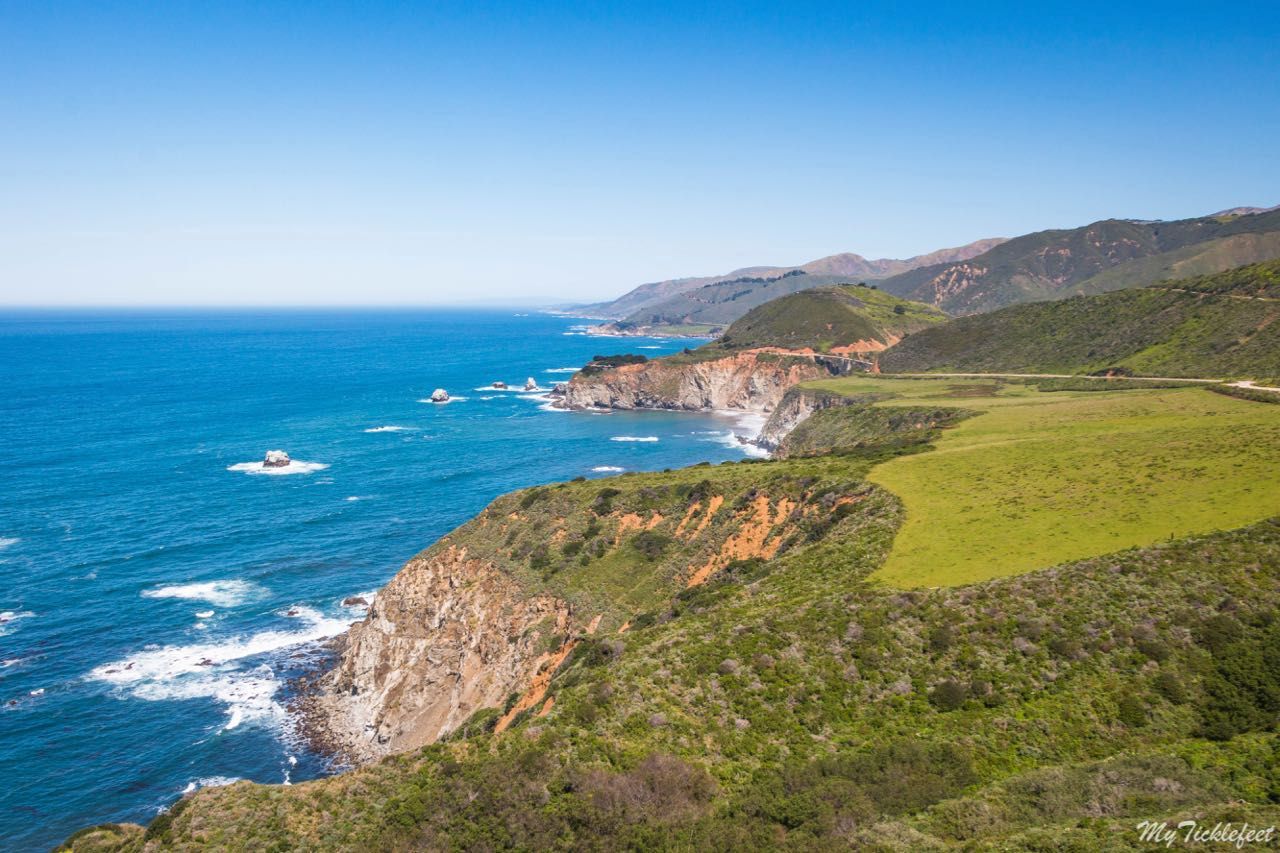 Although a big portion of Highway 1 in Big Sur is closed currently, it’s worth the efforts to drive as far in as you can to enjoy such coastal views. I gave in the temptation and drove past Bixby bridge even though it meant backtracking that path. Our detour included backtracking our path till Salinas from where we took Highway 101 South to get to Morro Bay. 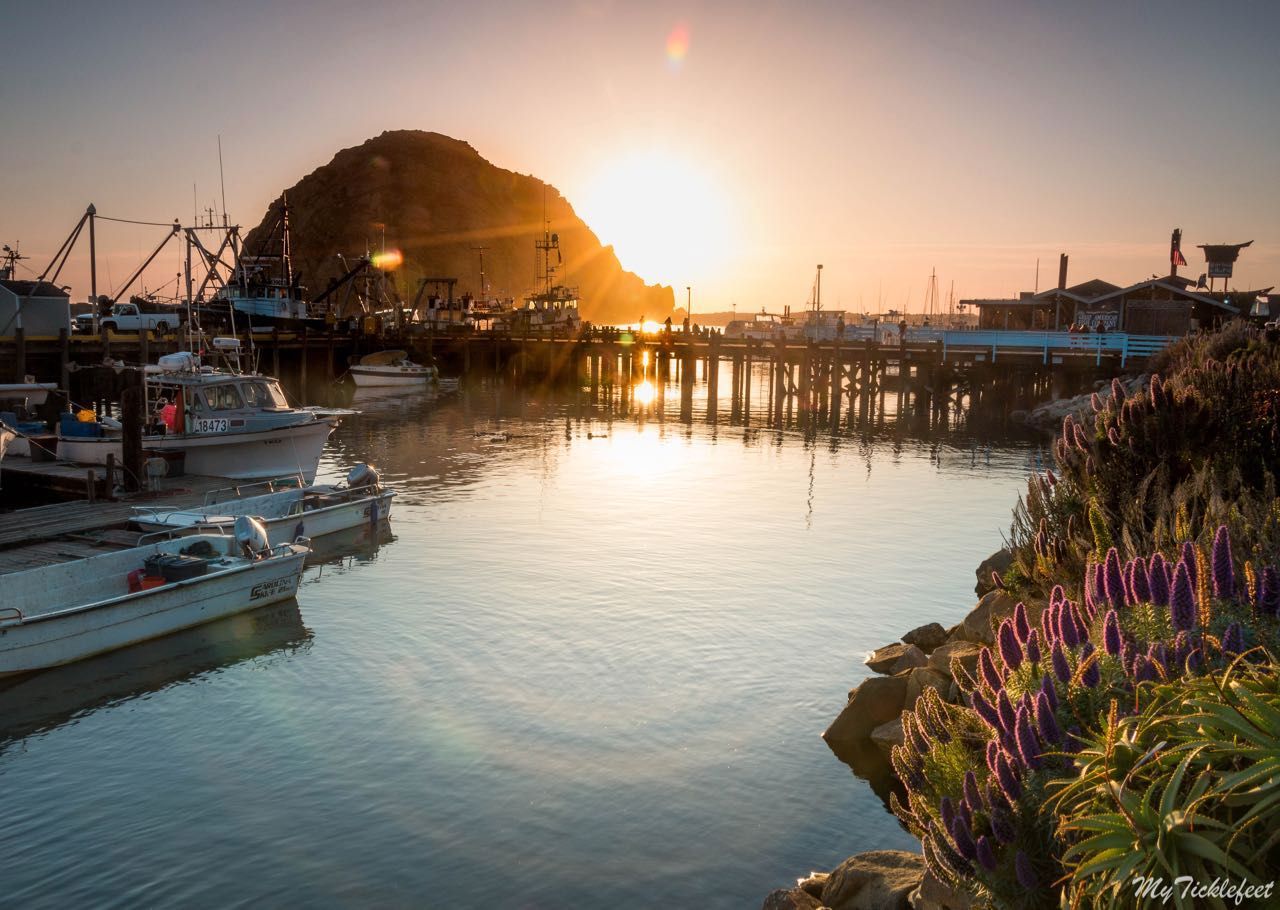 Morro Bay took me by a pleasant surprise, it was quite surreal to see a huge volcanic rock standing tall at the entrance of Morro Harbor. I reached here just in time for sunset and watched Morro Rock turn golden with the touch of Sun’s fading rays. 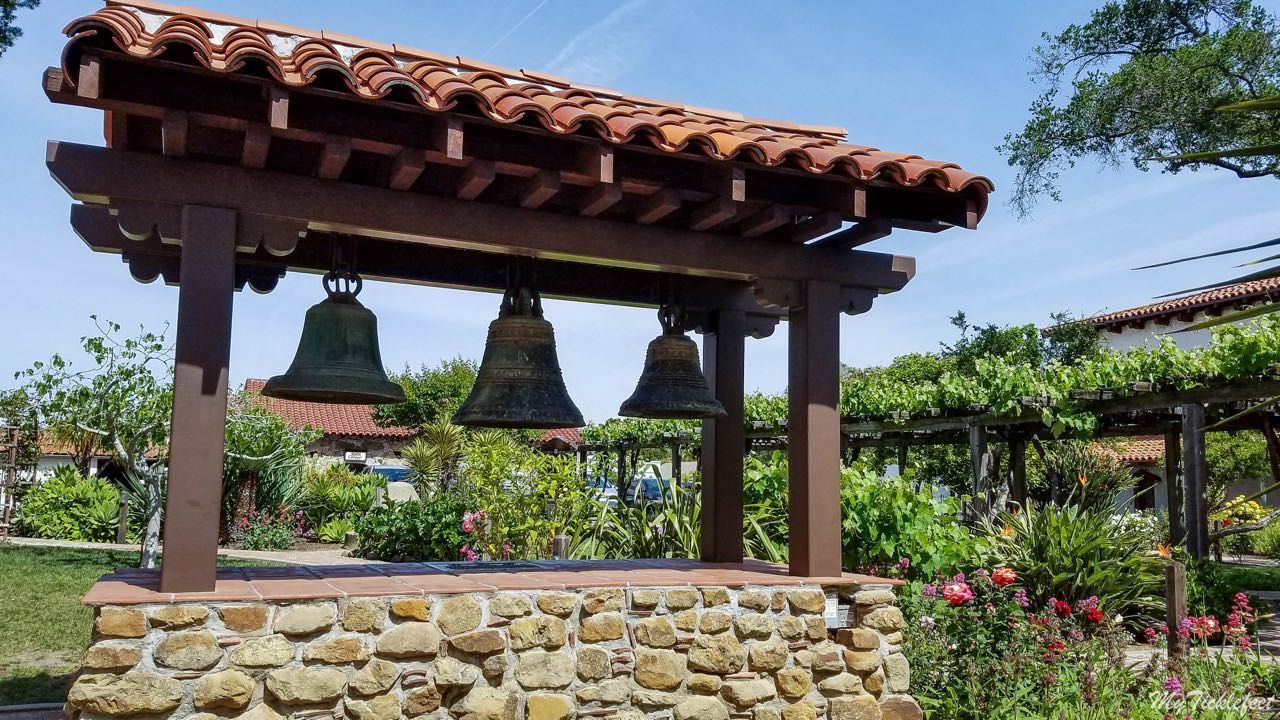 Alternate plan B, added the city of San Luis Obispo located in central CA in my itinerary. My friends and I spent a fun evening at Higuera St. in this college town. Pictured here is the Mission of San Luis Obispo, one of the several Spanish missions in California. It was a treat to see the pretty gardens of this Mission after having visited the intriguing bubblegum alley in San Luis Obispo downtown. At this point I could have hopped back on Highway 1 but decided to stay on 101 to explore a few more Central Californian towns. 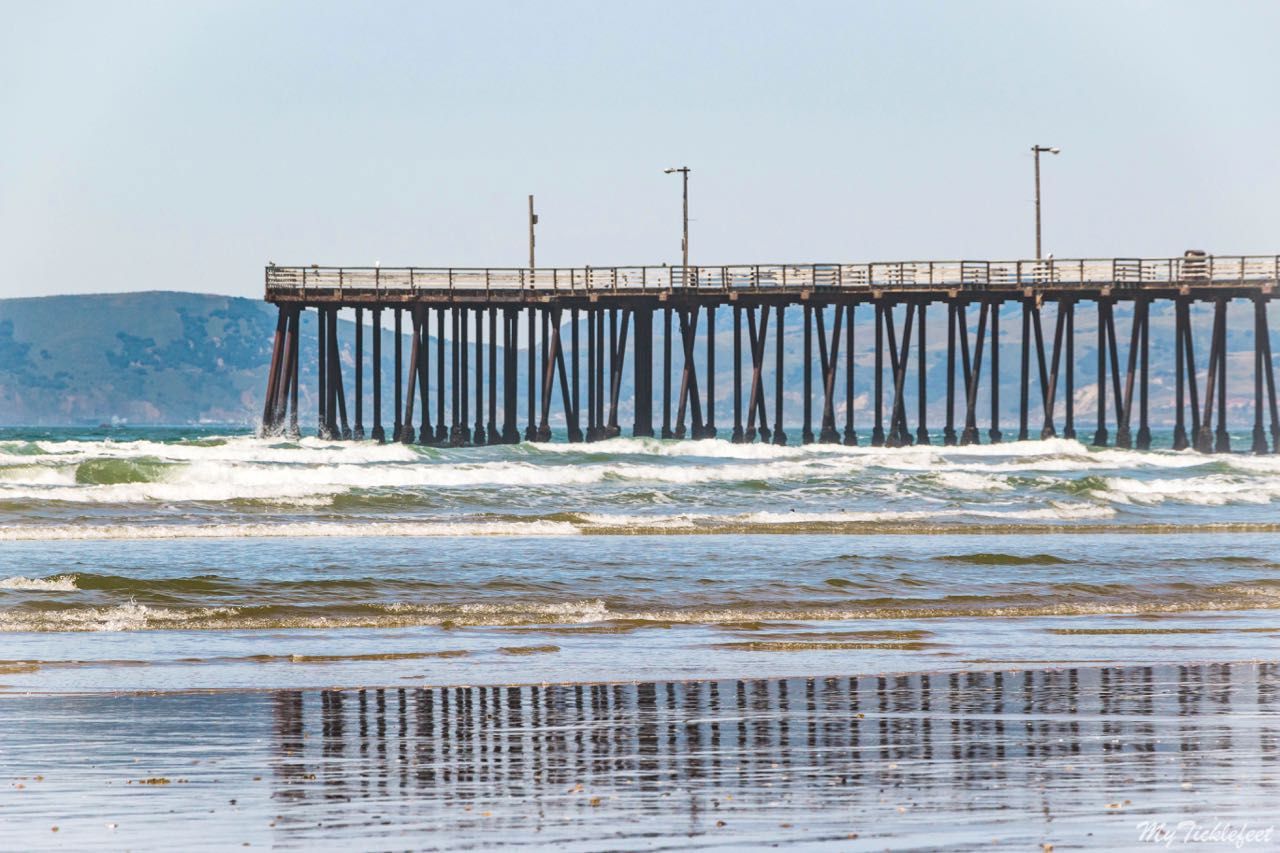 Pismo Beach was a quick stopover for us but if I had the whole day this is where I would spend it. 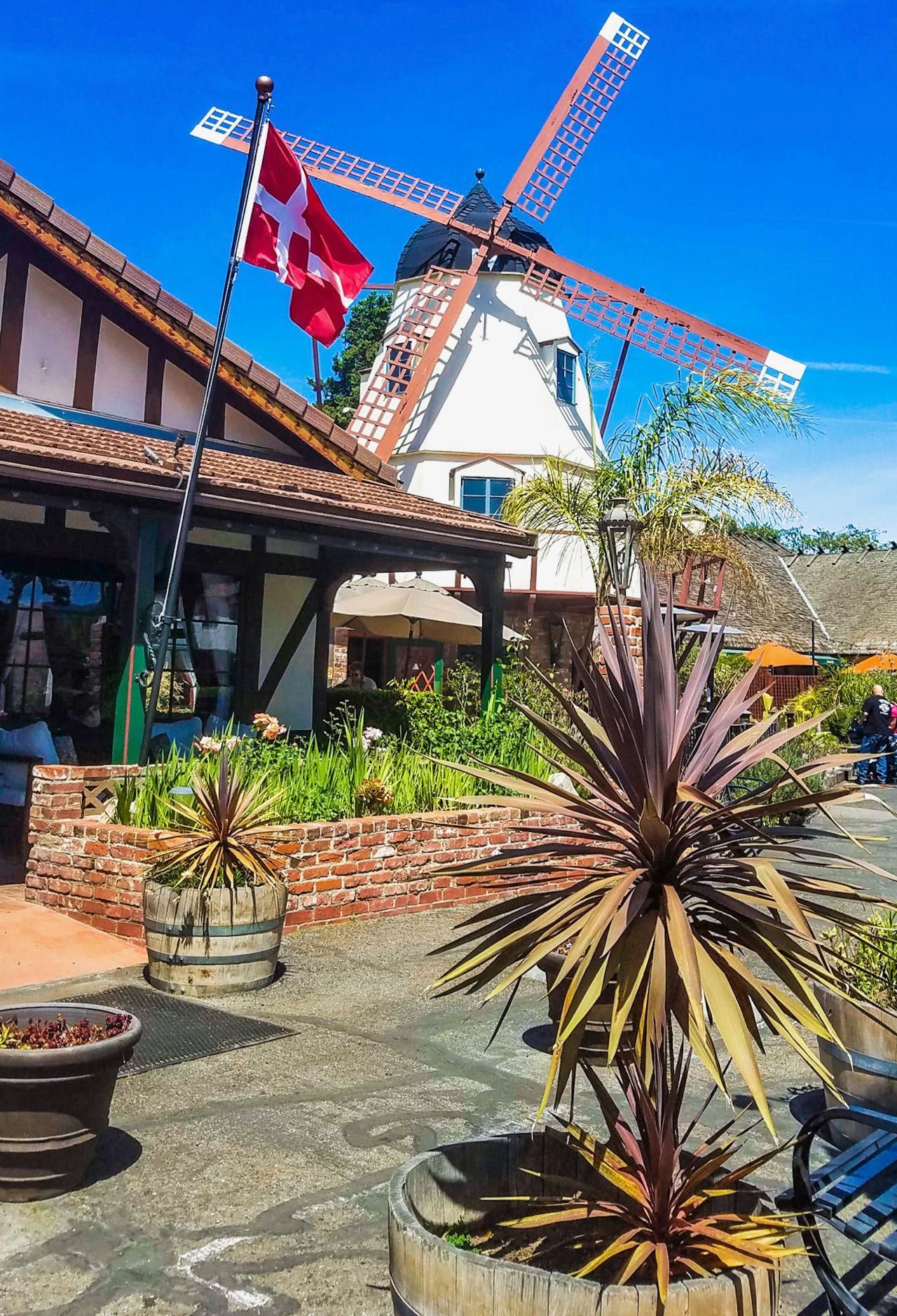 Solvang was the next Central Californian town we explored. Solvang reflects it’s rich Danish history in it’s cityscape as well as it’s food. I devoured a plate of delicious Danish pancakes which looked more like crepes. There are plenty of Danish pastry shops, restaurants, and bars in this tiny town. 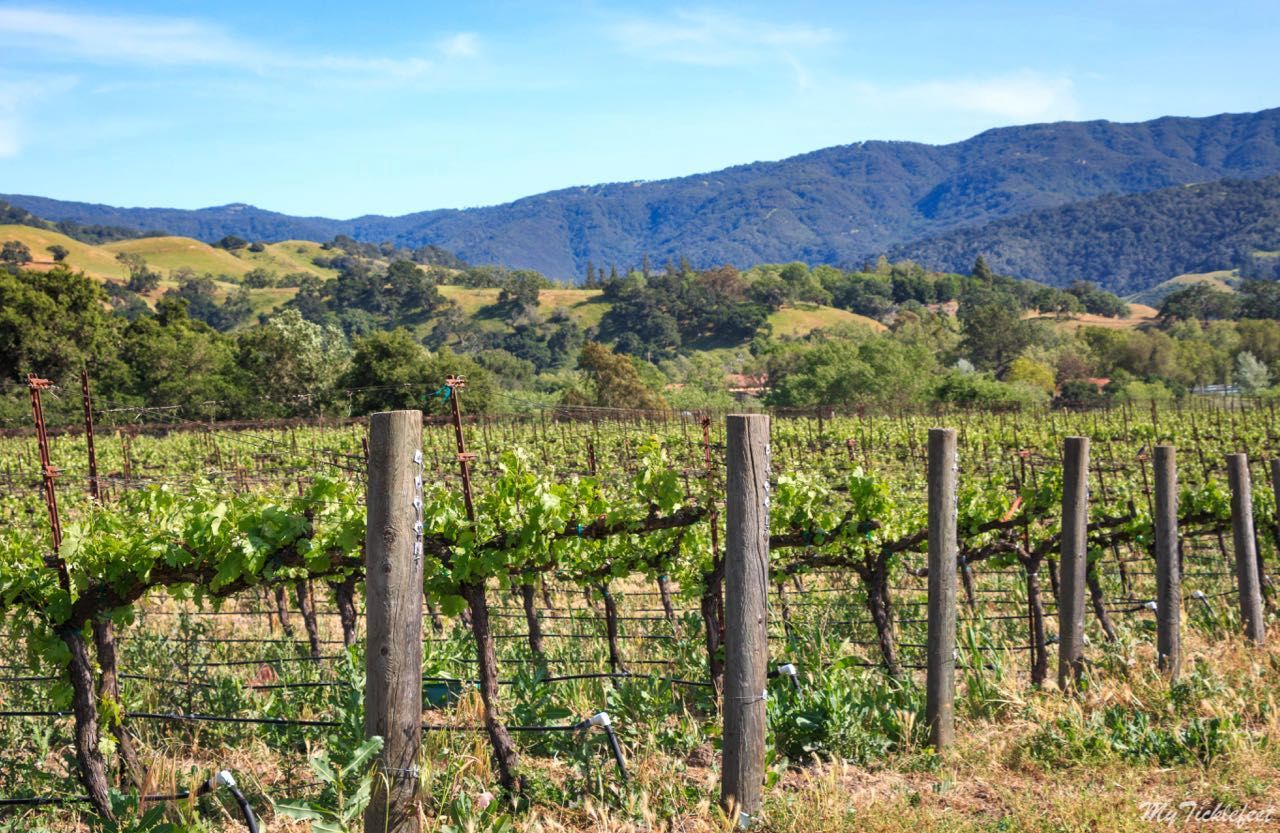 Since Solvang lies in the Santa Ynez Valley, famous for its wines, there are plenty of vineyards tucked mins away from the town. I sure stopped by a local vineyard for wine tasting. 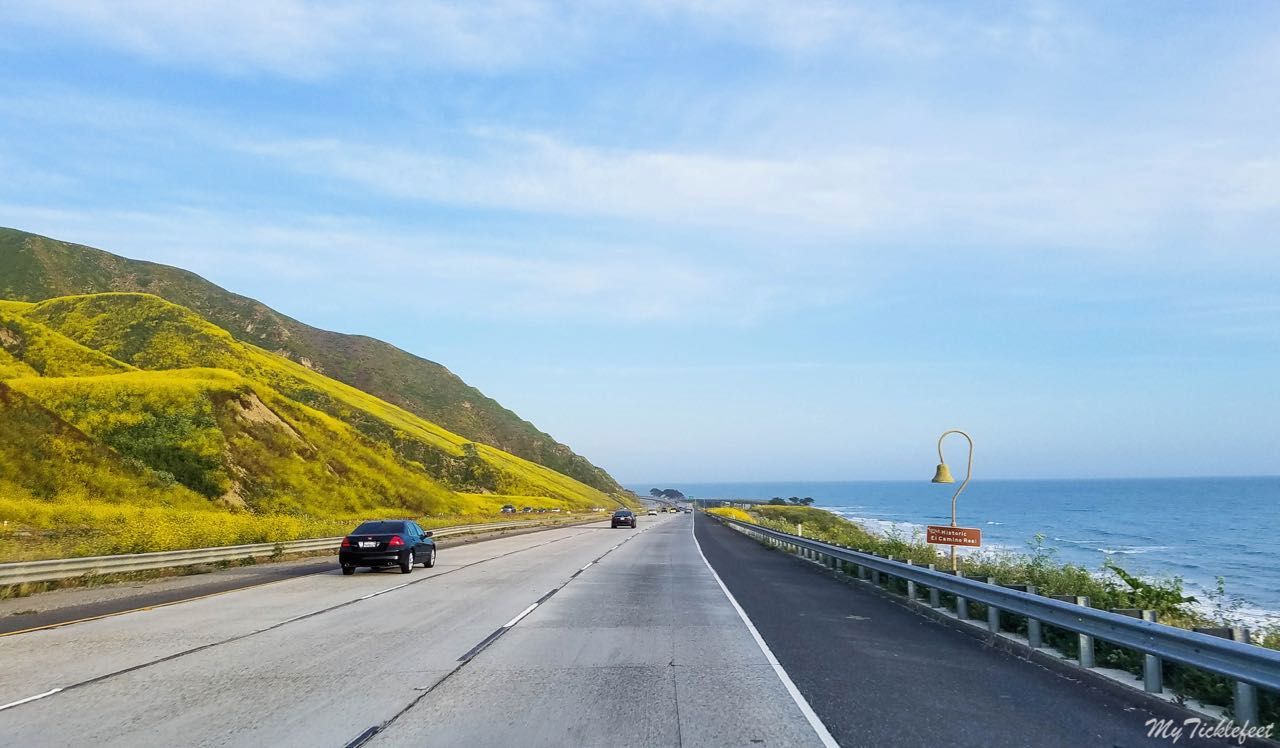 After Solvang we finally hit route 1 which eventually turns into Pacific Coast Highway (PCH) from Santa Barbara to Los Angeles. The blooms were pretty evident even this far South in California. It was very interesting to drive on PCH this year as the otherwise plain brown hills were covered with greens bringing a stark contrast to the deep blues in the Pacific Ocean. 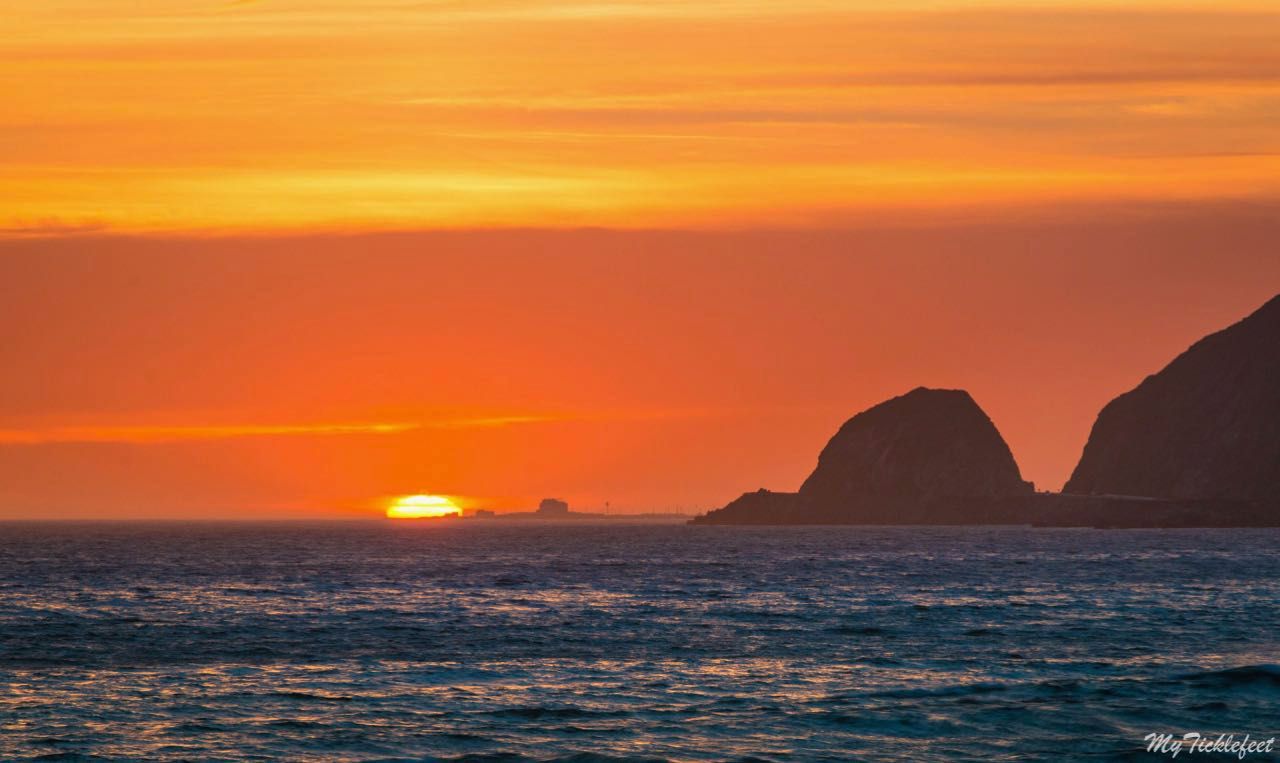 One thing I was certain about was to not miss the sunset from PCH. We timed it perfectly to reach this beautiful spot for a sunset shoot. 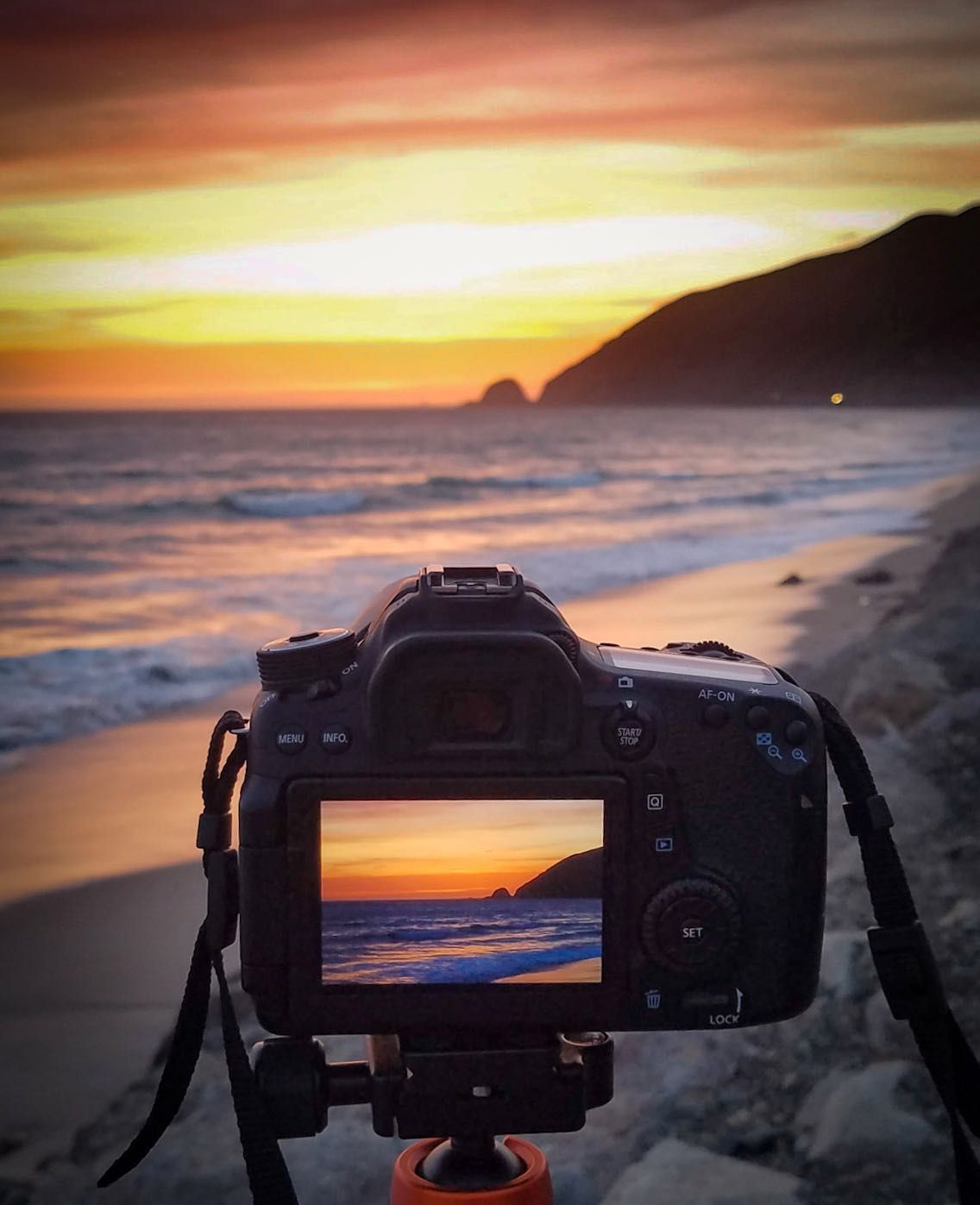 Behind the scenes — you capture what you see, nature at it’s best! 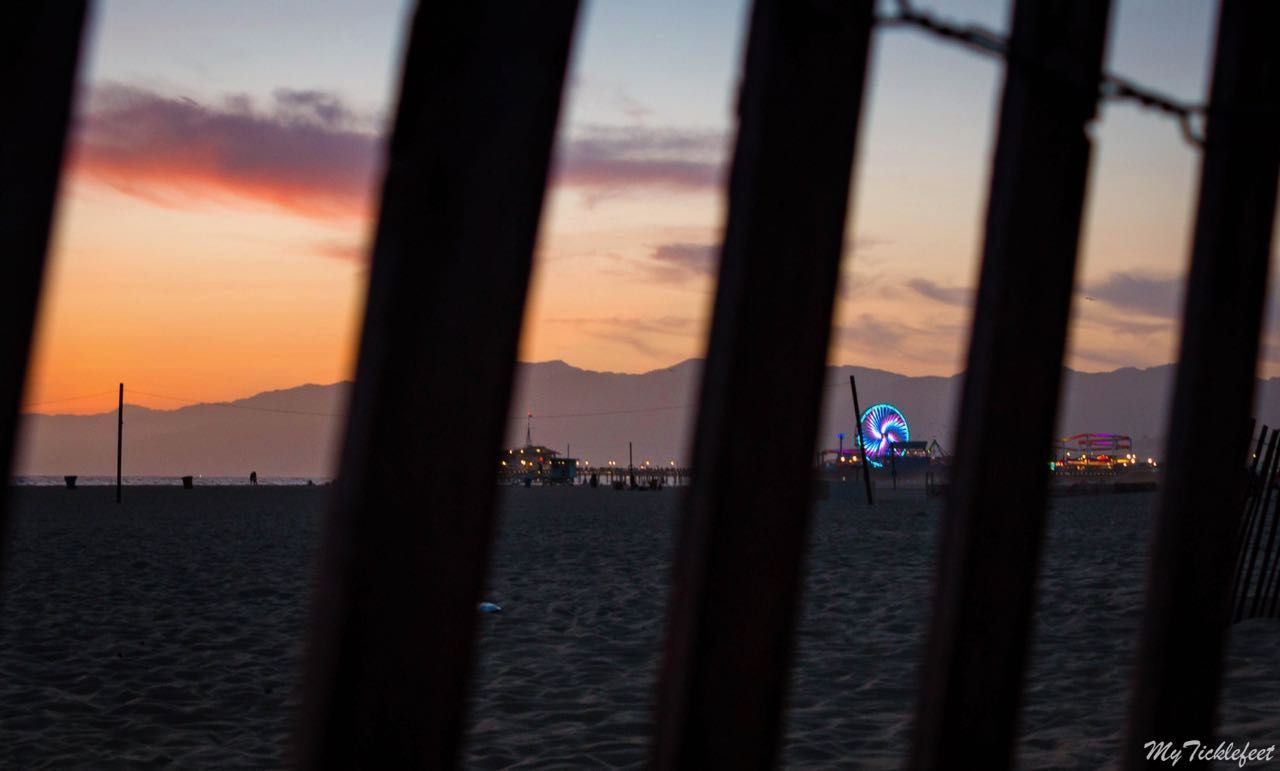 Tagged
California, United States
What did you think of this story?
Meh
Good
Awesome

Flight prices are expected to shoot up this year. Here’s when you’ll see the biggest increase.
10 of the best adult-only all inclusive resorts in the Americas
I traveled to South Africa during Omicron. This is what it was like.
10 sexual practices from around the globe that remind us the world is a big, beautiful place
Every type of Japanese sex club and what you’ll find inside

9 of the most stylish boutique hotels in Sonoma County