Long before I understood the word “anxiety,” I knew I was an anxious child. I was a worrier — worried that the world would end, worried I would spontaneously get sick, and worried about everyone around me. I was constantly told that I was a worrier, and so of course, I worried about worrying.

I was also a huge fan of labels. I knew a lot about what I was not. I was not an athlete, I was not outdoorsy, and I was not someone who believed in blowing my savings on worldly adventures. So when I decided to hike the Camino de Santiago in 2009, my anxiety and second-guessing when into hyper-drive.

I studied the 9th century pilgrimage in a seminar during my junior year of college. We visited that summer, watching those crazy hikers from the safety and comfort of our carpeted, air-conditioned bus. Then several months later, my debilitating anxiety came to a head so intense that a good friend pushed me kicking and screaming into a therapist’s office — a moment that changed the direction of my life. 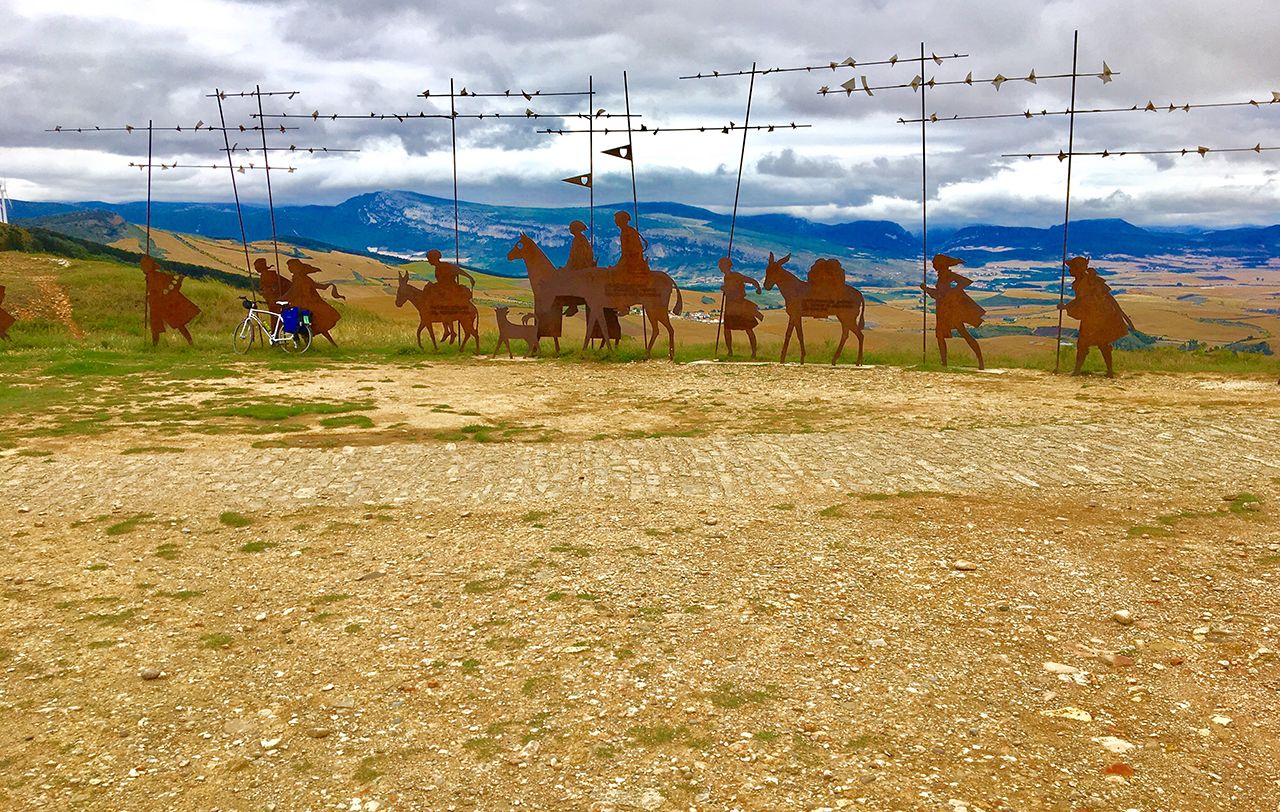 As anyone who battles depression knows all too well, mental health never fixes itself overnight. By the summer after graduation, I was coming apart at the seams. And then suddenly, the same friend who convinced me to start therapy told me she was hiking the Camino de Santiago, the whole thing, all 500 miles.

I had two options for my post-college savings — start off with a nice responsible nest-egg in NYC or blow it all on five weeks hiking across a country. I still thank my irrationally anxious brain (and my incredible friend) for helping me choose the latter. The deciding factor was this: here I was with one of those rare windows in life through which I could temporarily leave my responsibilities behind. Oh, and I was a mess. So off I went.

The Camino transformed that way I view myself, and eventually broke my cycle of anxiety. Here are five major ways hiking 500 miles changed the way I relate to my mind and body:

Love and celebrate the “ugly” parts

After 15 years of ballet and an unfortunate trampoline accident, I can say with great confidence that I will never be a foot model. I have always been ashamed of my bony, oddly angular feet. And yet a week into the Camino, as we rested our tired feet on the stones of a warm courtyard, I began constructing an appreciation for these poorly treated appendages. I had always seen them as something to be sculpted, painted, or shoved into heels to look pretty. These feet were getting me across country—a trip that stood for fighting for my sanity—and I had treated them like a burden to be fixed and hidden. And so, I thought, “I love you, funky-looking feet!” 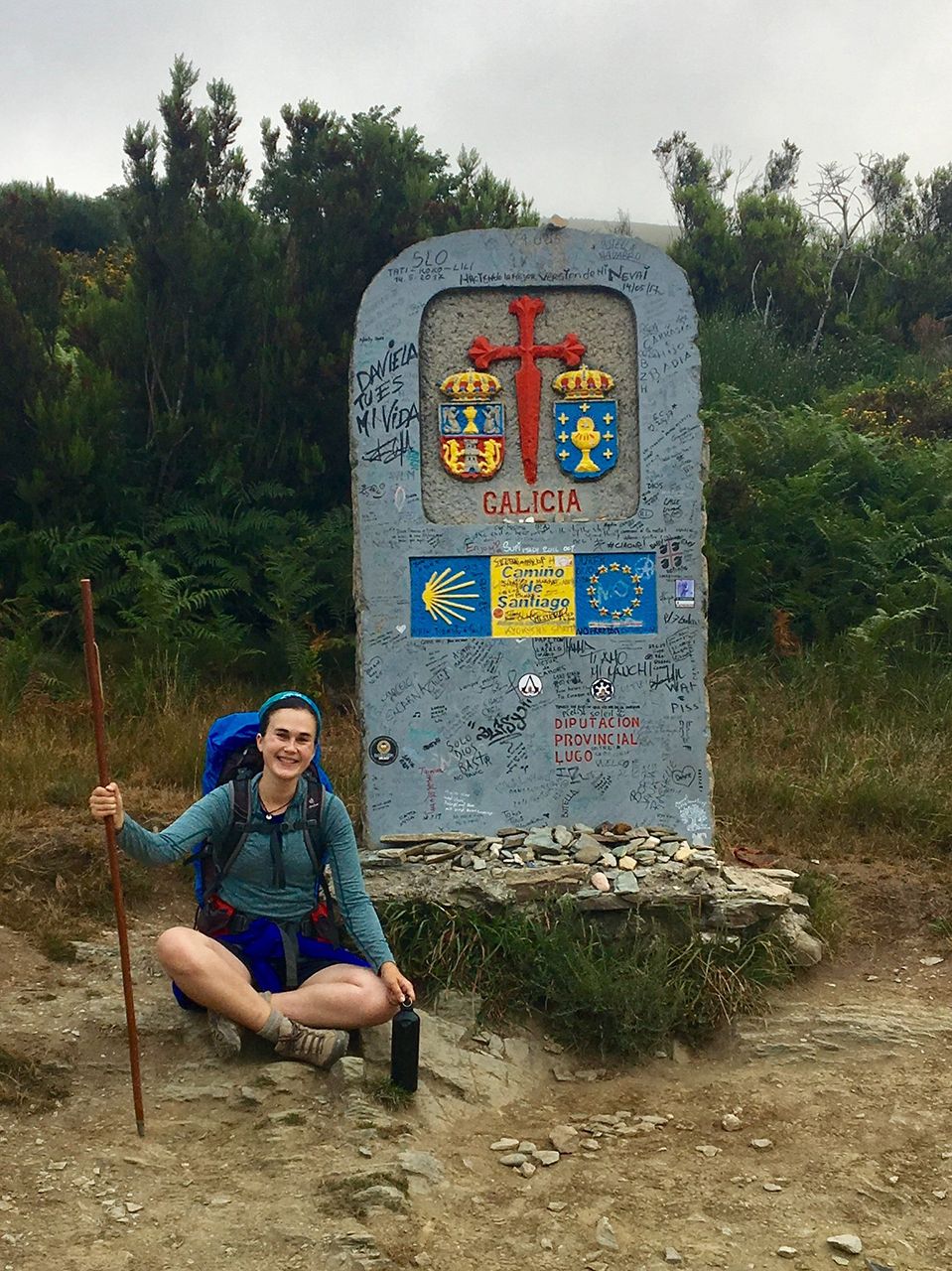 This appreciation branched out to other parts my body that normally evoked anxiety—my blotchy skin, my too-thin arms, my thick ankles. When I got home, I started tossing out my high-heeled shoes, and correcting myself when I fell into the trap of body shaming. My ankles may be masculine, but they’ve gotten me out of bed on many anxious mornings, and carried me across the Pyrenees.

The brain is a muscle

The brain is a whole other kettle of fish. On the third morning, after an awful night of sleep, I woke up very angry. The honeymoon period had ended. Why am I doing this? I’m wasting my time and money. I’m not even that Catholic, I don’t believe in all of this anymore. Blah blah blah blah. And so, I cried. I cried and yelled and moped and complained.

I was also pissed off. Pissed about the years of depression, pissed about family tragedies, pissed that I had made a decision that wasn’t going to heal me as I naively hoped it would.

A few hours in, my trusty fellow pilgrims turned around, asked if my tantrum was over (in nicer words than this) and lent an ear for the rest of the morning. I realized a few things: A. I wasn’t alone in my anger, B. I was allowed to fuss and scream, and C. My body benefited from letting loose. 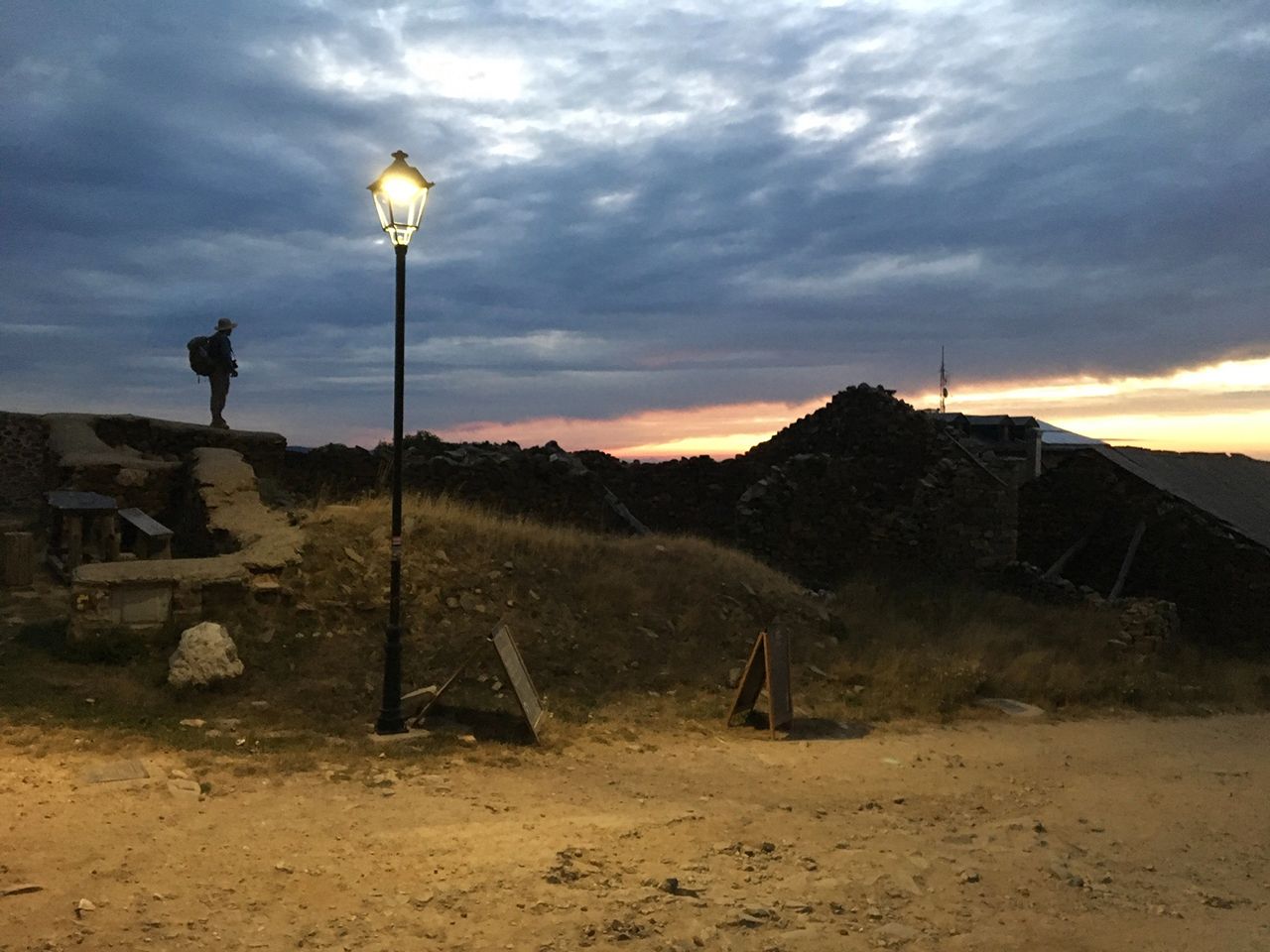 The same way your body detoxes when you shift your diet, your brain sheds its old skin when you give it the space to do so. When you no longer hold back your emotions, all the buildup spews out, sometimes in wild laughter and other times in furious sobs. No one cared if you needed to work through your shit. Need to cry on the steps of a church? The donkey tied to the post two feet away doesn’t care, and is there to snuggle if you need it. It was like the anonymity of crying in NYC, but with donkeys.

I began to treat my brain as any other muscle in my body. Treat it well, let it detox, and feed it what it needs. This way, I began to grow.

It’s okay to be a little smelly

I didn’t realize how attached to my daily hygiene regimen I had become until I was suddenly washing my hiking clothes in a plastic bin with Camp Suds. Neglecting our obsessive daily maintenance behaviors felt like we were doing something wrong. But when everyone smells a bit like dirt, what’s the use of flowery body wash? Your one and only goal each day is to reach your destination. No one cares what you look like. 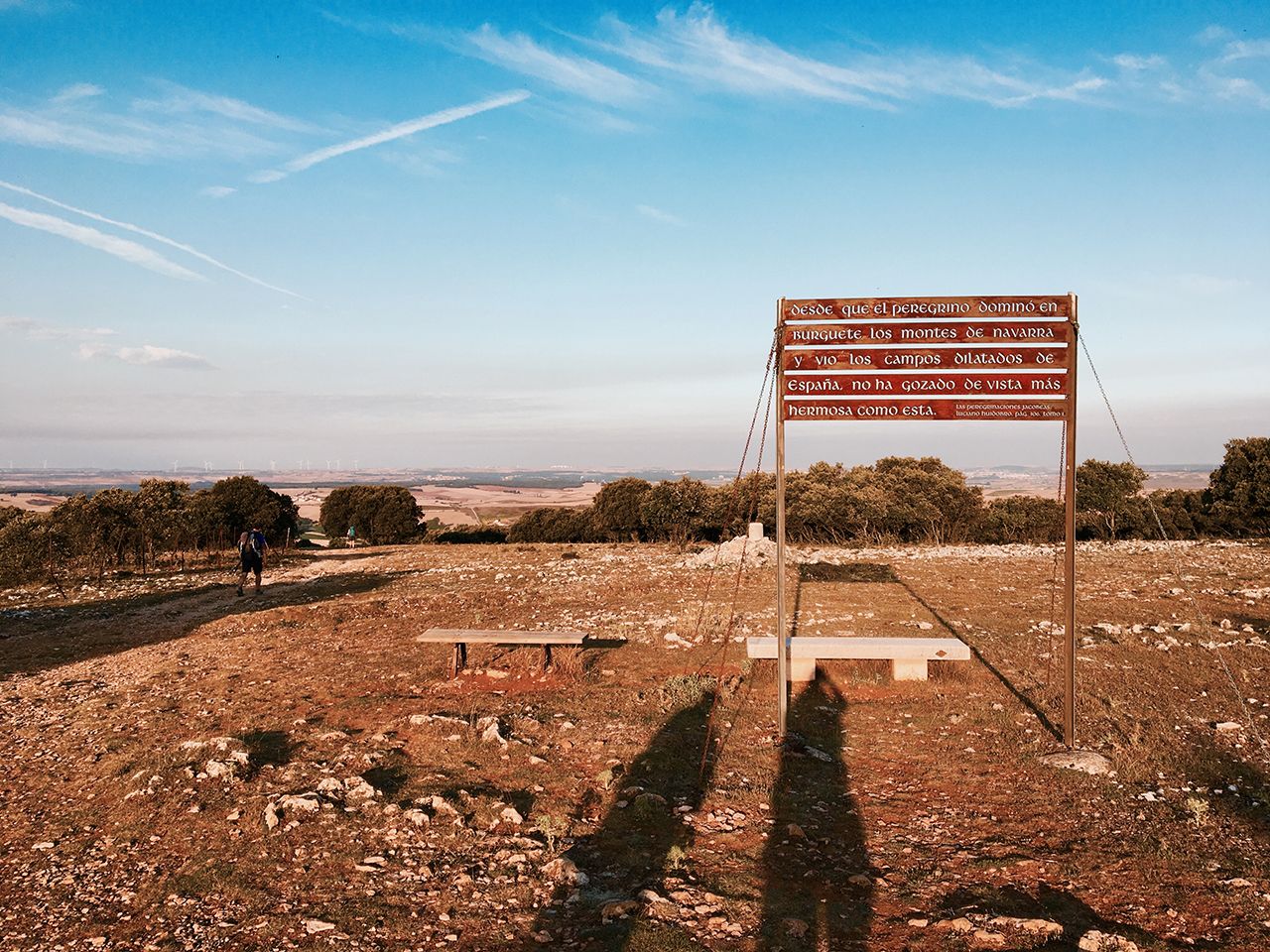 I slowly weaned off makeup, tweezing my eyebrows, and obsessively shaving my legs. And what do you know? My skin has drastically cleared up, my eyebrows (though quite large) have found their natural shape, and the hair on my legs is so thin I barely shave it — even in the summer.

Instead of focusing on how to cover up my physical “flaws,” I try to place my energy on what goes into my body instead. I learned that your body knows how to balance itself out when you let it. Feeling better began to trump looking better.

Your body has something to tell you

Ambition and expectations were often our worst enemies on the Camino. During week one, my fellow hiker badly bruised a bone on the top of her foot. She couldn’t wear her hiking boots without excruciating pain. The only cure? Rest. But we were on a schedule! We had goals! And airline tickets!

In moments like this, we were at a huge disadvantage being 22. We got cocky. But since our Camino was primarily made up of retirees in their 60’s, we had this group to teach us the necessity of physical self-care. We are not indestructible, and if we push through injuries, they become permanent injuries. So, we swallowed our pride and took a day off for her foot to heal. If we hadn’t done this, she may not have made it to the end. 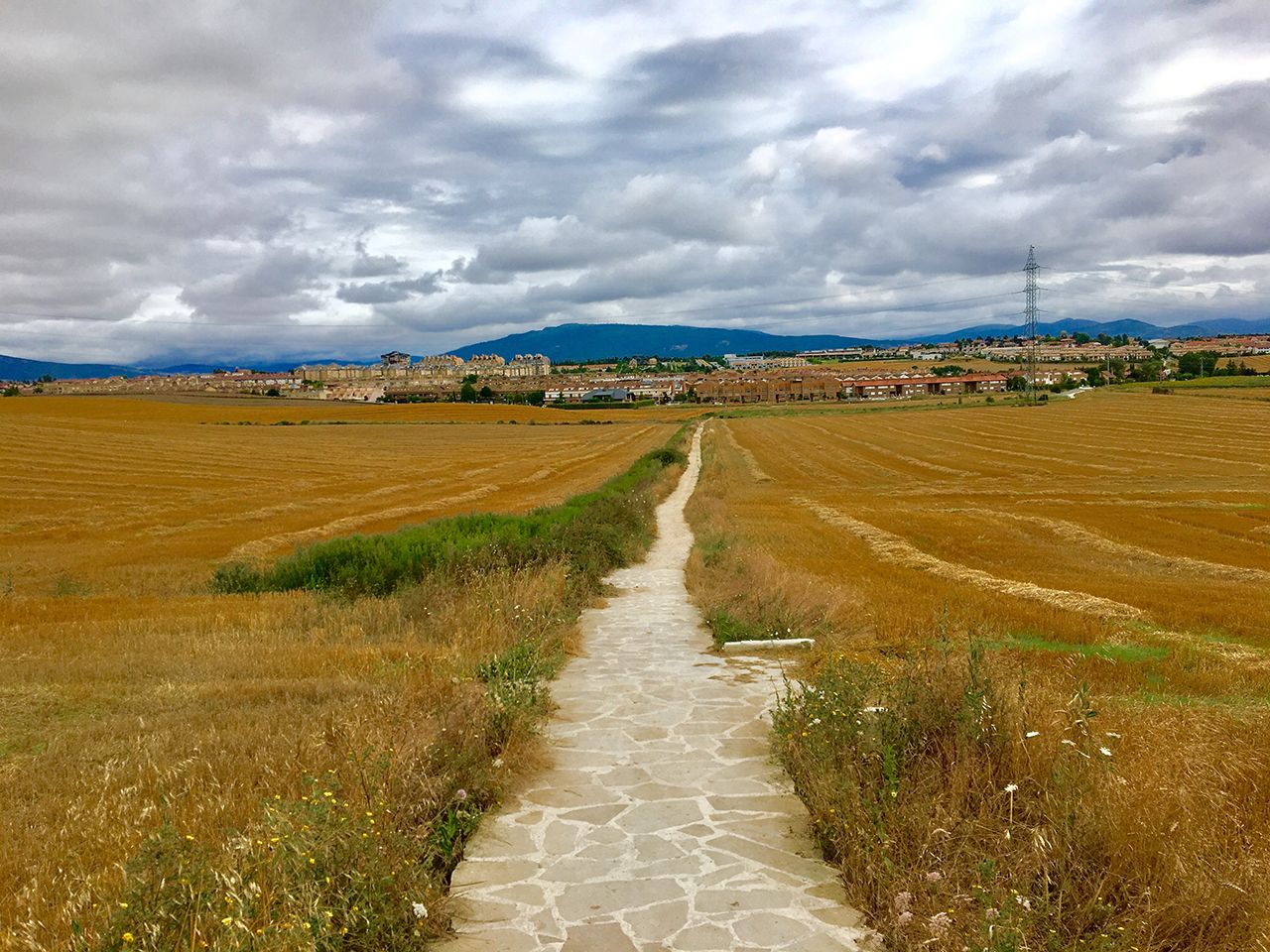 Finding the balance between health anxiety and respecting your body’s limits is a tricky thing. But on The Camino, I was reminded that my 22-year old body would not be 22 forever. Some parts would grow stronger, others weaker, but all needed to be cared for with kindness. Listen. Your intuition knows what you need.

We are capable of so much more

The Camino wasn’t a vacation; it wasn’t a “wanderlust, prance-in-the-field-and-take-Instagram-photos” adventure. It was an exercise in removing ourselves from the expected rhythms of life. It was removing the label of “I am not [fill in the blank].” And most importantly, it was about putting one foot in front of the other.

Some early mornings, we passed the commuters heading to work. I used to judge them — these people sitting at their desks all day—but I was very wrong to do so. You do not need to walk across a country, dive to the bottom of the ocean, or run an ultra-marathon to live fully. The small steps make up the distance. The mundane make up the extraordinary. The small days in an office (my current situation), supporting your family, working toward a far-off career goal, or even just getting yourself out of bed when anxiety is screaming at you to stay inside — these things are not mundane or easy. 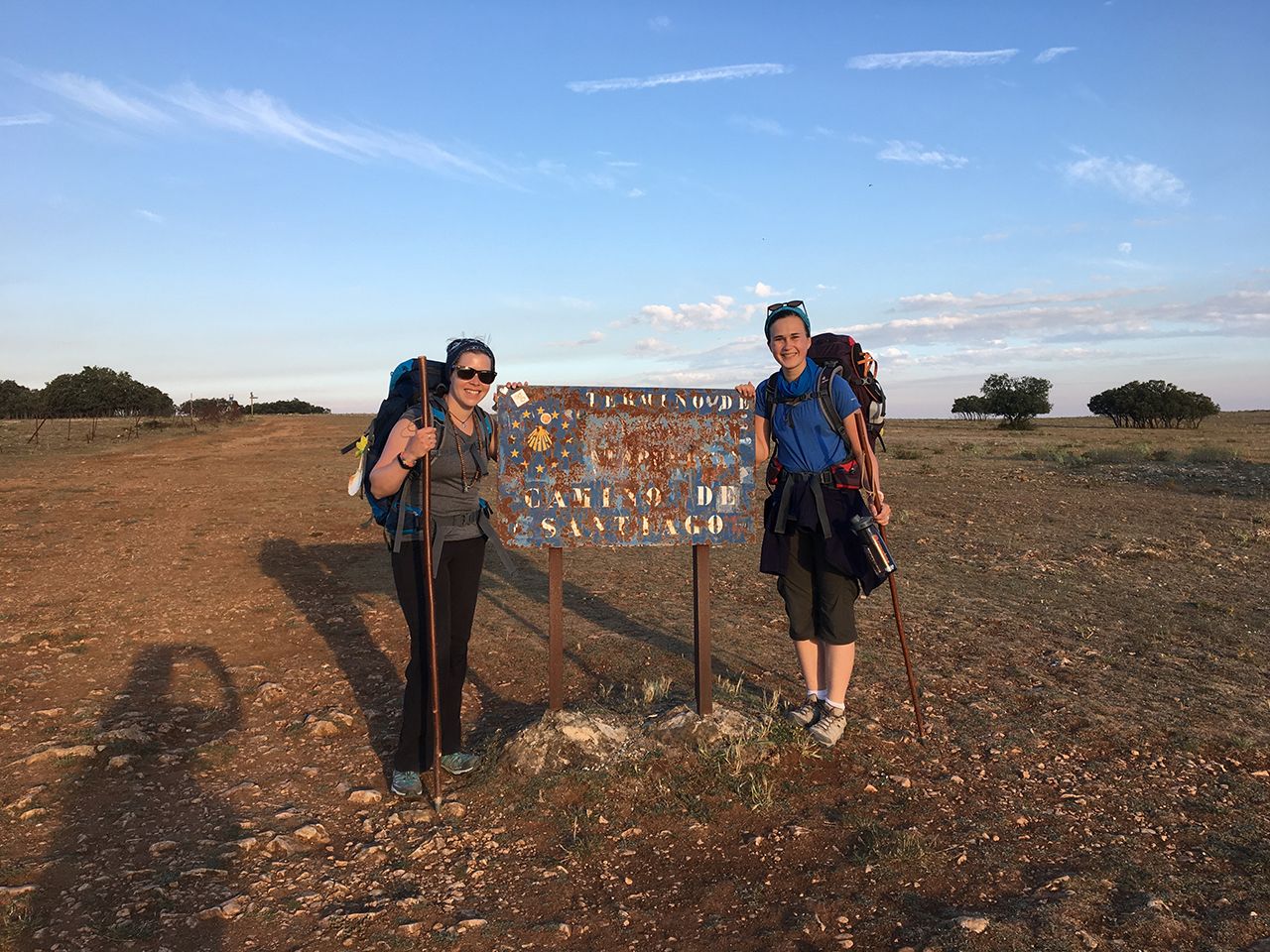 And so, I never accept the “I could never do what you guys did.” sentiment. Instead I reply, you’ve already done much harder things in your everyday life. We stick to what we know, what we’ve done, what we’re unafraid of. But the Camino was just about one day of walking becoming two days of walking and so on. We are capable of more than we believe, even if the progress is painfully slow.

I once read that, “The Camino begins when you reach Santiago.” In other words, returning to life and facing everything you learned on the Camino, is harder than the hike itself.

The year after I returned was one of the lowest times of my life. It’s a bit like when you clean out your closet. You take everything out, and the closet looks great, but then everything is all over the floor, and so you’re forced to choose what goes back inside. It took me seven years to figure out what to keep, and will take many more to fully process everything I learned.

But this is a start.

This article originally appeared on xoJane and is republished here with permission.

OutdoorWhat I learned walking 500 miles on the Camino de Santiago
Tagged
Narrative Spain
What did you think of this story?
Meh
Good
Awesome

No trip to Madrid is complete without trying cocido madrileño

Spain to reopen to international tourism on June 30

Valencia, the birthplace of paella, is a destination-worthy food city