In the era of climate change, worse-than-ever wildfires are becoming uncomfortably routine. Just look at California, whose deadly 2018 wildfire season left unprecedented damage, particularly up north. Fires have long been a Golden State trademark, but as temperatures rise and the dry season extends, the magnitude of the infernos is sounding alarms.

In fact, fire danger is high across the western US. Last year, record-breaking blazes also spread through British Columbia and the UK. Accordingly, fire restrictions are getting tougher. With the dry season underway, and a summer of fun up ahead, it’s time to start thinking about camping without fire.

How do fire restrictions impact campers? 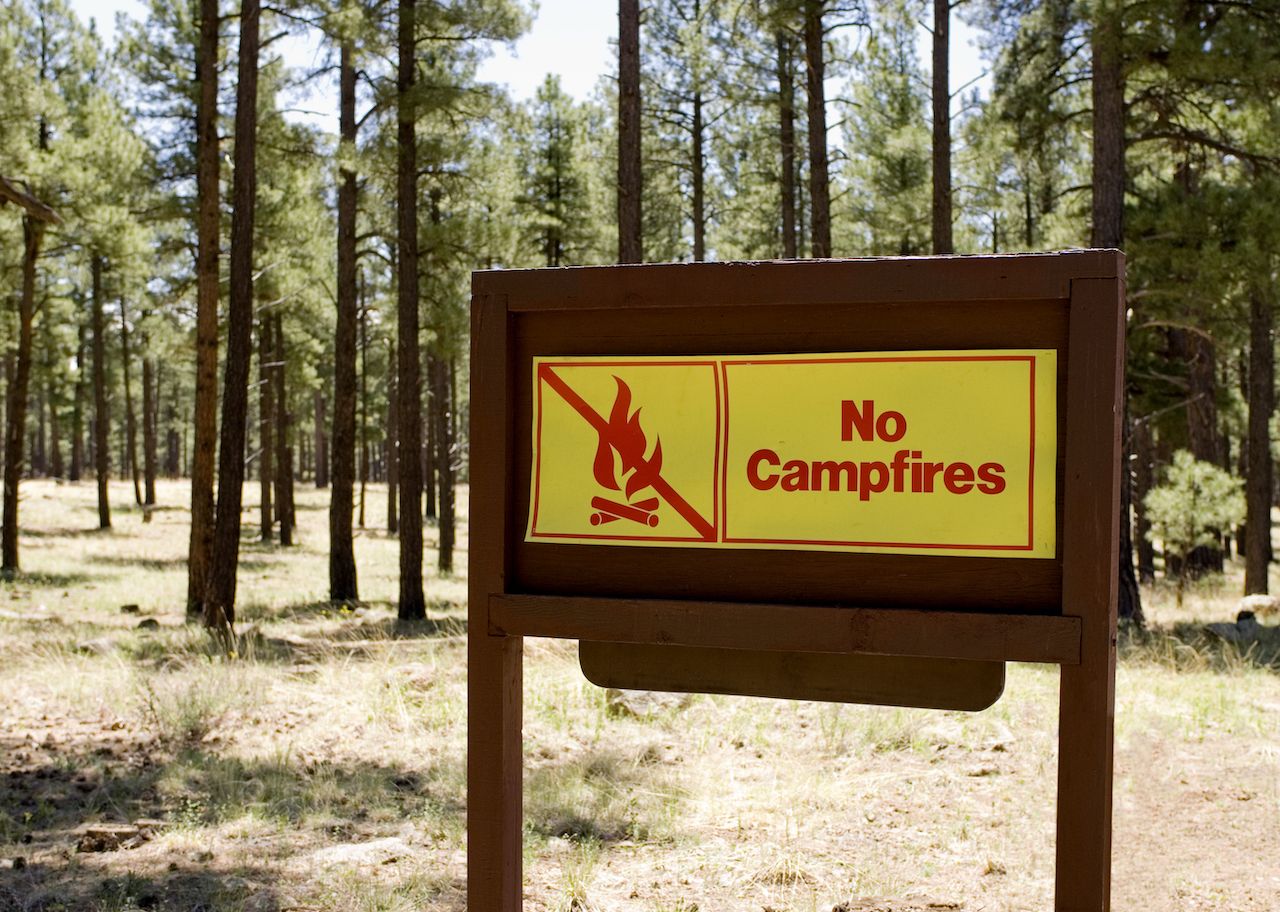 In a state like California, which has more national parks than any other and epic wilderness top to bottom, increased fire danger is on the minds of not only locals but also those eager to do like Kerouac and venture into the West Coast wilderness.

And it should be. Human activity is the leading cause of wildfires in the US, responsible for around 85 percent according to the National Parks Service, which cites unattended campfires as a major perpetrator. To curb the possibility of wildfires, fire-prone wilderness areas, including prized national parks and forests, often implement restrictions or bans on open flames.

The US Forest Service outlines two stages of restrictions: The first prohibits campfires outside of designated recreation areas. The second outlaws all campfires, as well as charcoal, wood, and coal stoves. Even with no restrictions, the Forest Service suggests using “alternatives to campfires during periods of high fire danger.”

Regulations vary around the world and by season. Always check to see what restrictions are in place and what that means for you, whether it’s obtaining an open-fire permit, as is required throughout California, or making do when all flames, even propane stoves, are off limits.

Is camping without fire worth it? 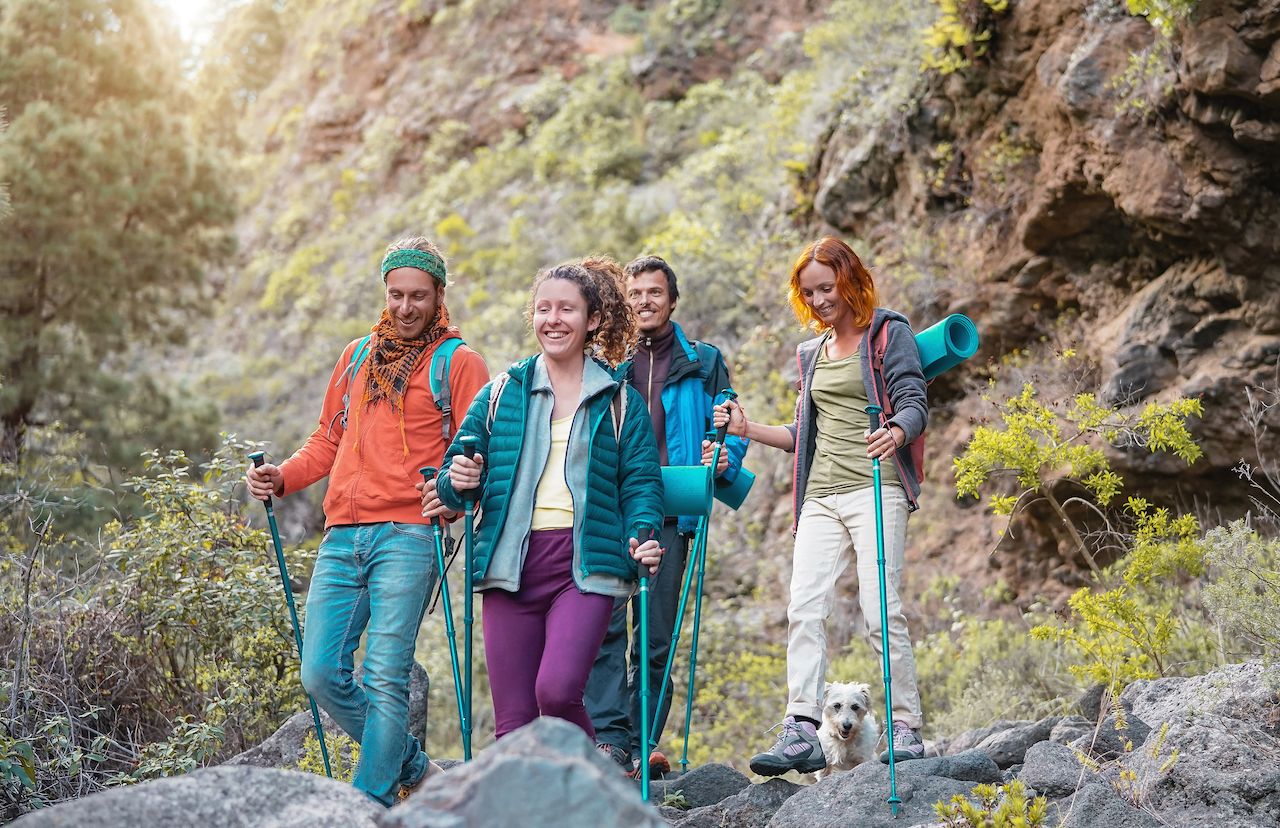 In short: yes. Camping without a bright, warm fire to roast marshmallows over may seem bleak — but with a little creativity, a campfire-free trip can be just as rewarding.

You’ll still spend your days hiking; splashing in lakes, creeks, or even ocean; and surveying the wildlife. Then, come nightfall, you’ll appreciate a more intense quiet without a campfire crackling in the background, and better stargazing conditions if your light sources come with on-off switches. Play it right, and you won’t even have to forgo the s’mores. 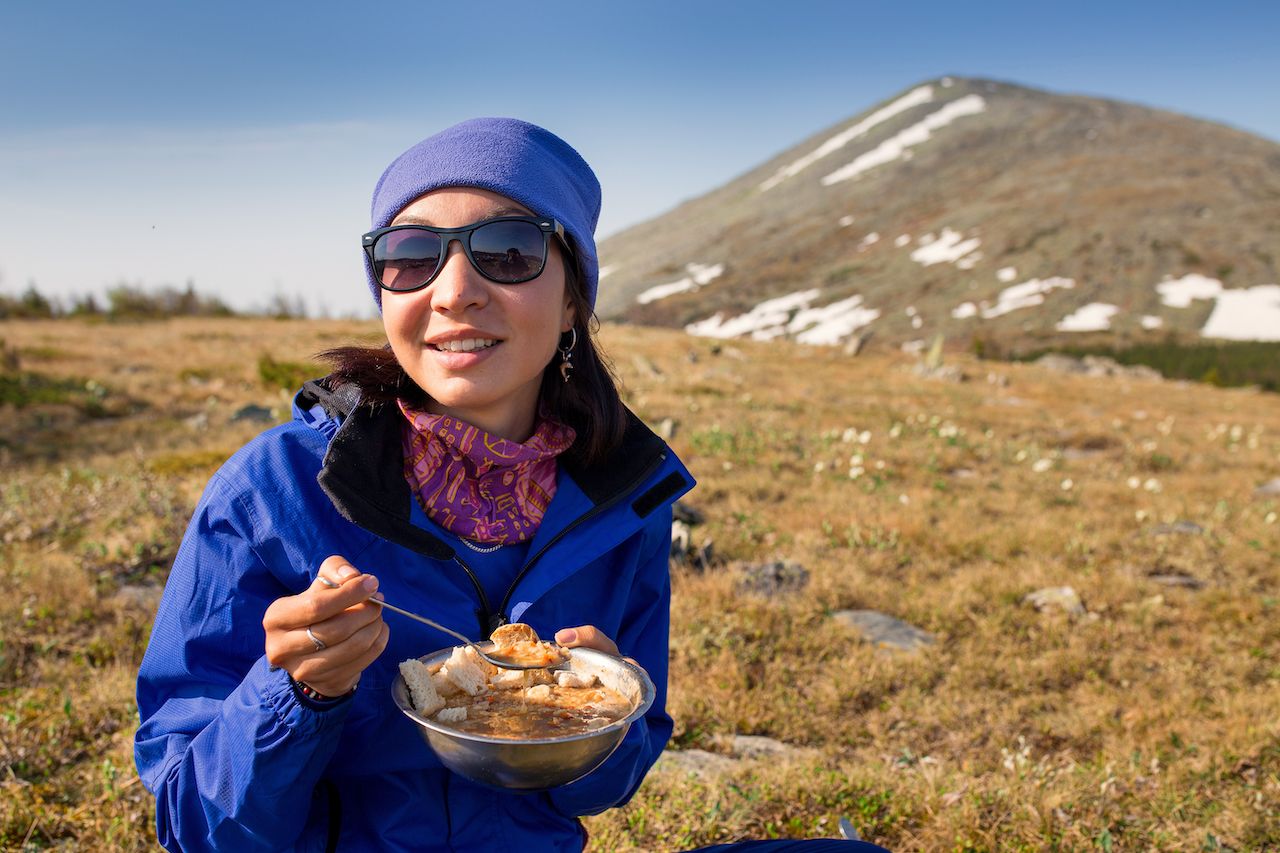 Some fire bans only prohibit wood and charcoal fires, allowing gas or propane stoves, grills, and similar implements that can be shut off with a valve. You can pull off a lot with a portable, one-or-two-burner setup: one-pot pasta dishes or simple pad thai, chilaquiles or chilli with cornbread, or blueberry buttermilk pancakes for breakfast.

Other times, all open flames are prohibited. Have no fear, though: There are tons of no-cook recipes out there to keep you well fed. Start the day with granola or muesli, try out different wrap recipes for lunch, and fill up on hearty bean and veggie salads at dinnertime. Supplement with meals you can prep at home, as well as freeze-dried or dehydrated foods and snacks like energy bars and trail mix for extra protein. For a completely no-cook dessert, try slathering marshmallow fluff and Nutella on graham crackers. It’s not quite s’mores, but it’ll hit the spot. 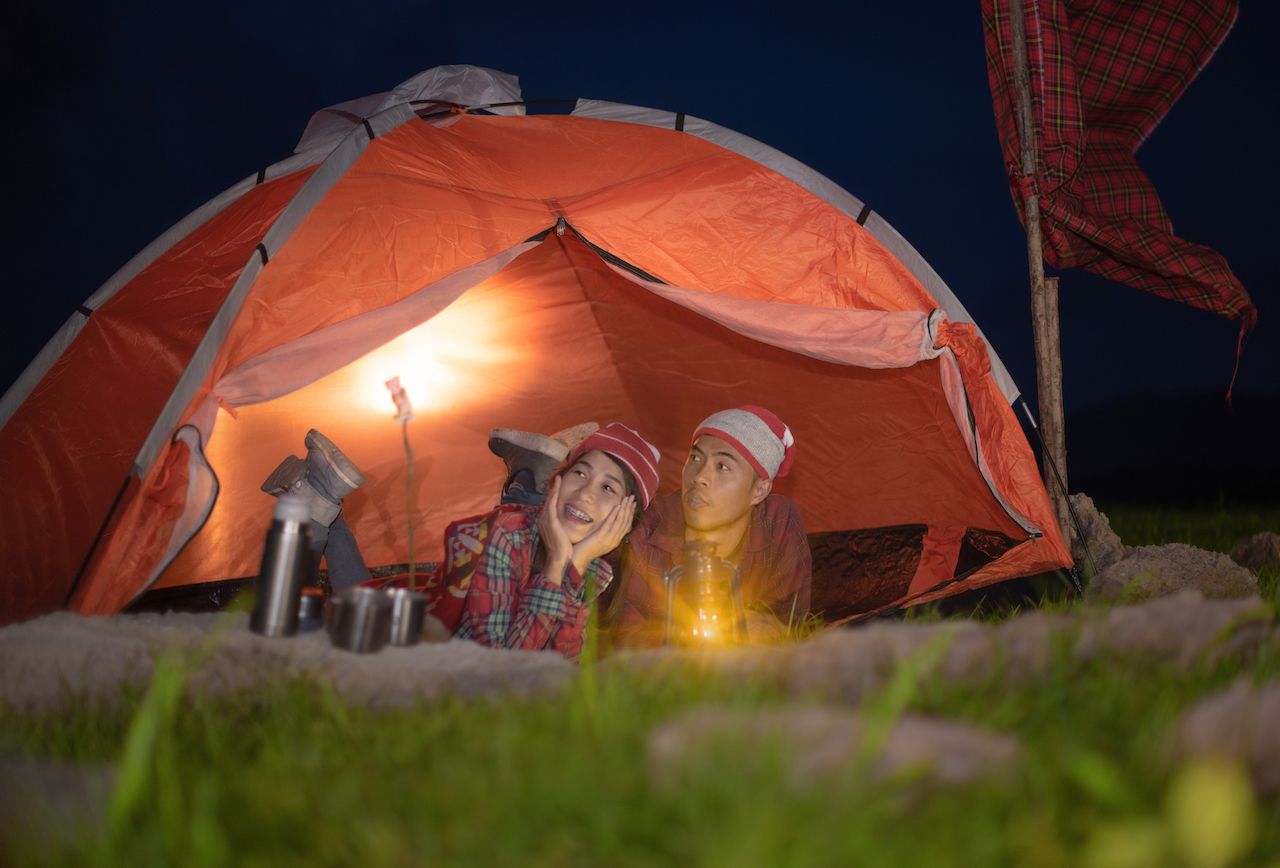 Campfires provide warmth, both in the heat they give off and the comfort they radiate. To stay cozy on a fire-free camping trip, bring extra blankets, layers, and accessories like insulated sitting and sleeping pads for optimal comfort. Even during the hot season, when fire danger is at its peak, temperatures tend to drop at night, a fact made that much more obvious when you’re sleeping outside. You’ll want dry socks, a beanie, and an extra fleece come sundown.

In warm, buggy areas, remember to pack repellent, as well. Without campfire smoke to ward off uninvited pests, you’re bound to notice more mosquitoes and other bugs. 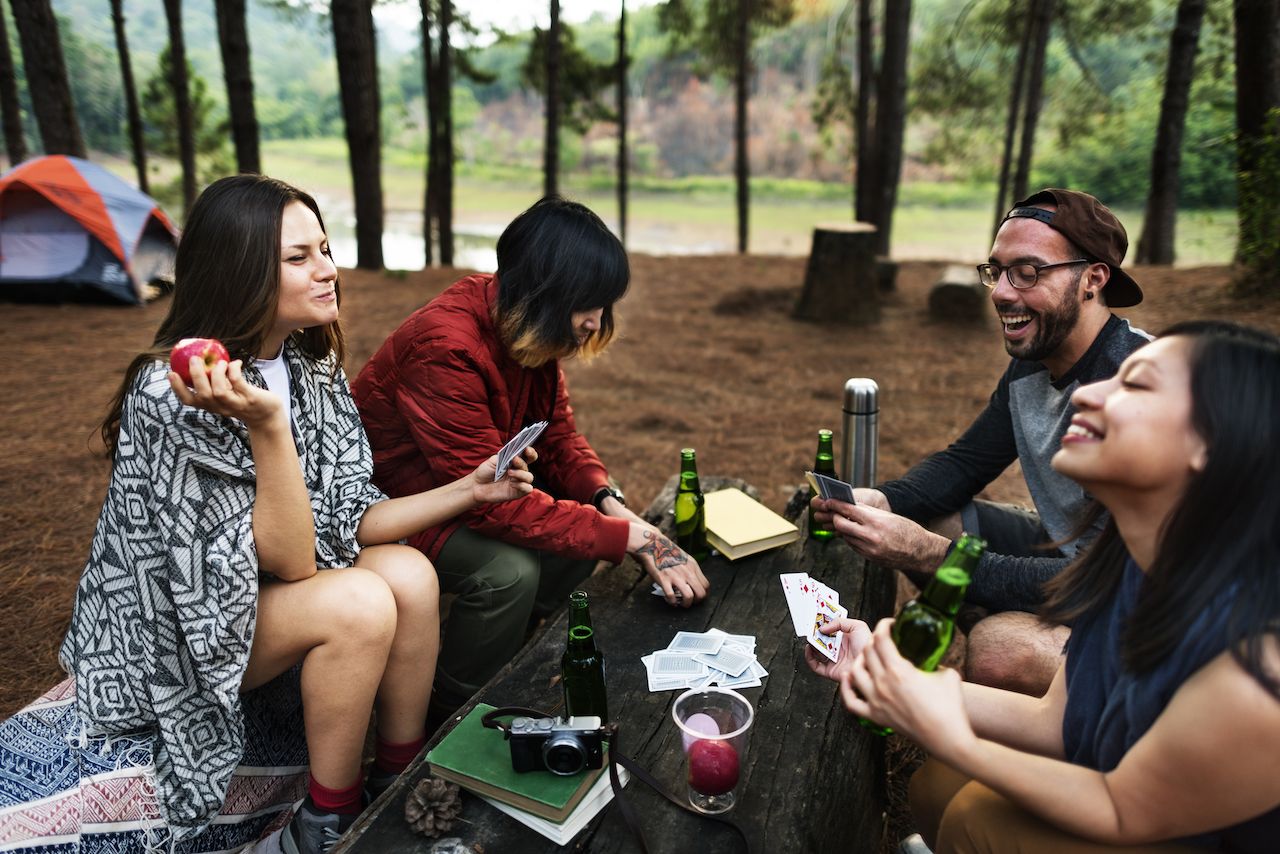 For some, camping without a fire is less a matter of practical fixes and more a question of fun. Where will you retire after an exhausting day, talk about tomorrow’s plans over dinner, and maybe even whip out a guitar for a chorus of campfire songs?

Downtime looks different without a fire blazing at the heart of camp, but different doesn’t have to mean worse. Come prepared with easy-to-carry, play-anywhere entertainment like Bananagrams, backpack bocce ball, cribbage, travel chess or checkers, and party games like Apples to Apples and Cards Against Humanity.

Make use of the dark by stargazing, telling ghost stories, shutting off your flashlights for a game of hide and seek, or using them for a round of flashlight tag. All ages can enjoy camping without fire if you play your cards right, or literally. 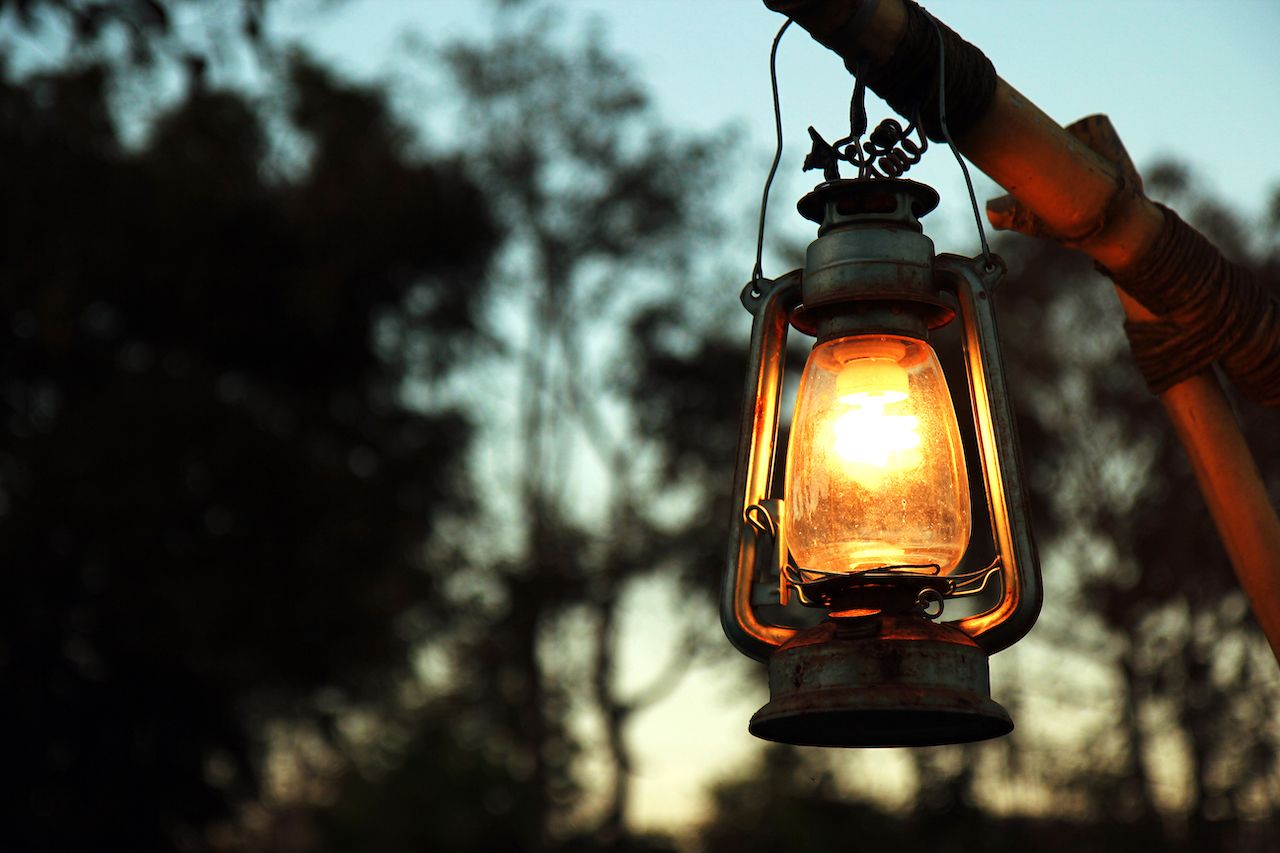 Between lanterns, flashlights, headlamps, and every other fire-ban-approved light source, the idea of camping by firelight is romantic, sure, but hardly necessary. Still, having a communal area around which to play nightly campfire games is key for a quintessential camping trip. Thankfully, you don’t have to go without, even when fire bans are in effect.

When lugging around a propane fire pit isn’t an option, opt for a flame-free alternative. If you’re car camping, find a central area where everyone can congregate, like a picnic table, and set up lanterns there. Maybe even arrange a few fake candles around the base for ambiance.

If, on the other hand, you’re deep in the backcountry, try building a flame-less campfire out of fire-safe light sources. Tent or stack a handful of logs like you normally would, then drape string lights, glow sticks, and flashlights around for a fake campfire that’s every bit as dreamy.

WellnessWhy Wild Camping Is the Ultimate De-Stressor
Tagged
Camping
What did you think of this story?
Meh
Good
Awesome