Carnival is one of the biggest parties on the planet, a centuries-old tradition celebrated mostly in Central and South America, though there are parades and festivities worldwide, from Italy to New Orleans. Carnival stems from Christian religious rites: The party is held before Lent, a religious observance during which Christian people often fast, or give up a beloved pastime like television or sports, in honor of the 40 days Jesus Christ spent fasting in the desert. Carnival is the last hurrah, where everyone – regardless of religious affiliation – gets to eat whatever they want, drink to excess, and engage in general debauchery until Easter. Perhaps that’s why Carnival foods are so mouth watering and delicious, from savory to sweet snacks. The raucous celebrations are marked by bombastic displays that allow revelers to let loose – elaborate costumes involving wigs, rhinestones, masks, and feathers are commonplace.

Regardless of class, religion, or social status, participants find unity indulging their vice – and food is a big part of what makes these parties so legendary. During Carnival, street food is king; mostly-handheld party fuel gives energy to revelers dancing on the street from day to night. Whether hot or cold, savory or sweet, here are ten signature Carnival foods by country that revelers can sample between dance parties. 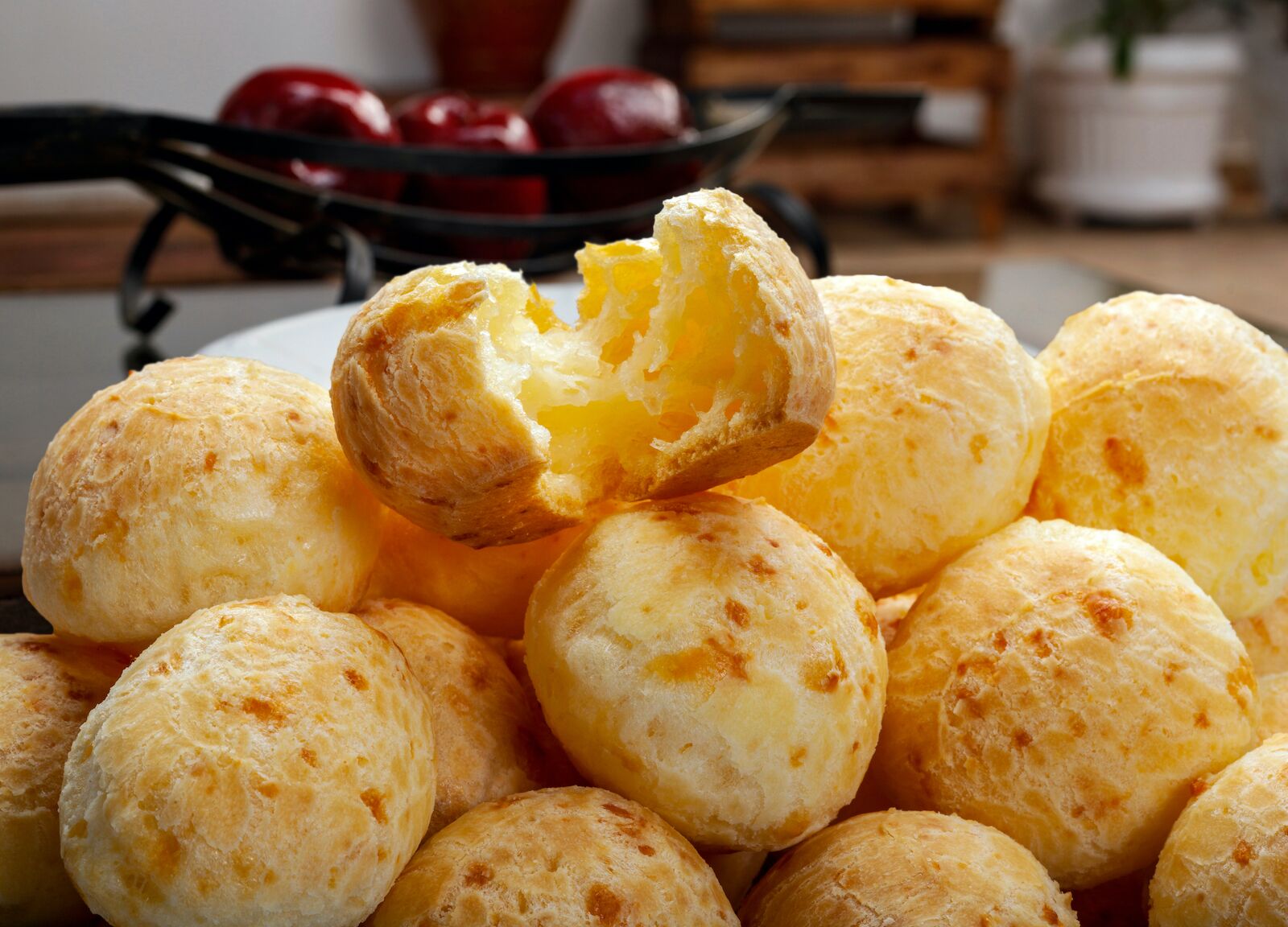 An estimated 2 million people are on the streets every day during Rio’s world-famous Carnival. It’s been recorded as the world’s largest Carnival by the Guinness Book of World Records. Pão de queijo is nearly as ubiquitous as the gorgeous costumes and people. A popular breakfast and snack food, pão de queijo has several variations, but its main characteristics are starchy cassava flour and cheese. Although the dough is unleavened, the elasticity of the cassava, along with the expansion of warm air during baking, give these cheese balls their signature texture and consistency. 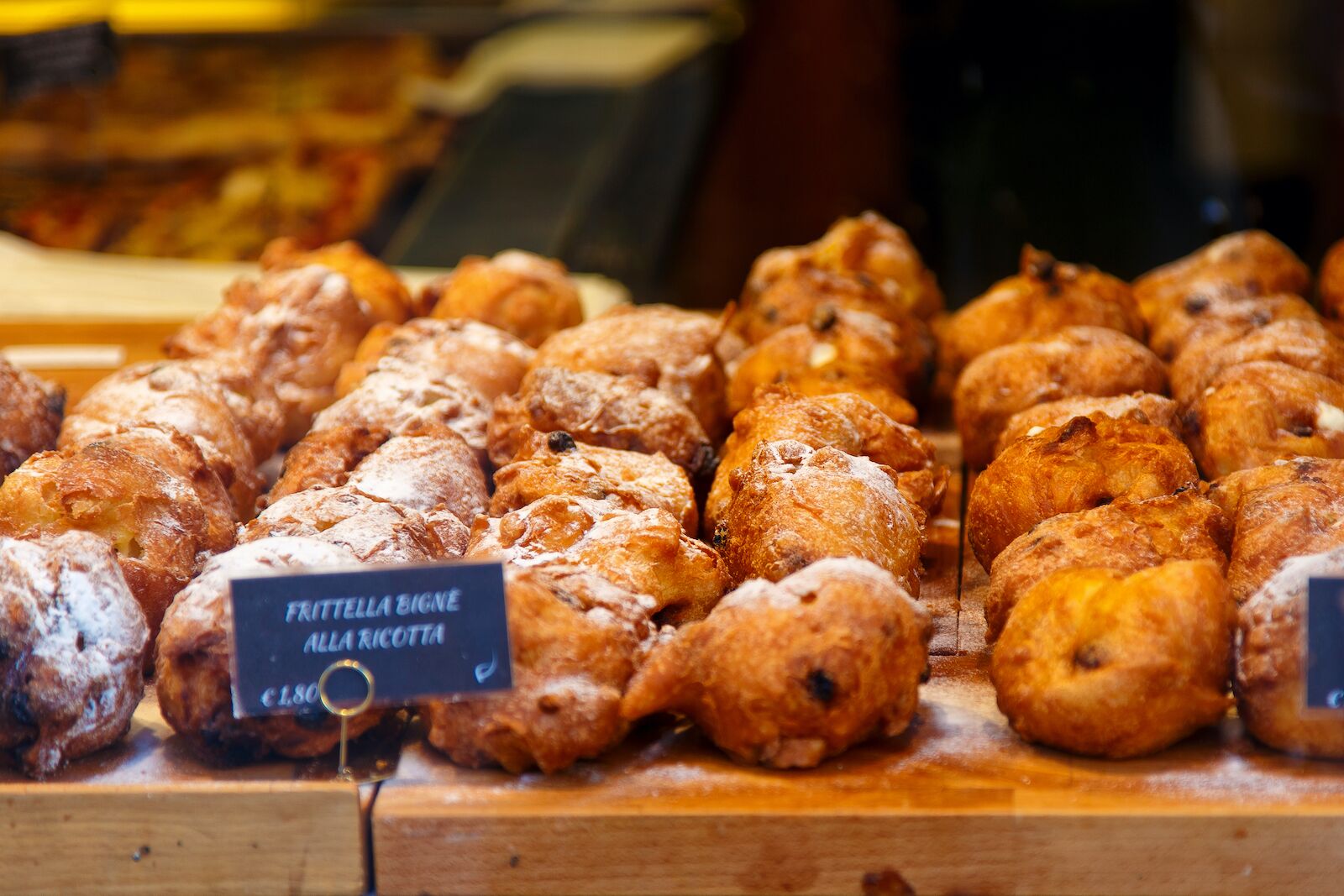 Although savory foods are popular during Carnival season, the sweet fritole veneziane is essential during Venice, Italy’s Carnival. These fried sweet fritters are filled with liquor-soaked raisins and pine, nuts then dusted with granulated sugar. This historic snack dates back centuries—a recipe for it can even be found in a document from the 1300s in Rome’s Biblioteca Nazionale Catanese. 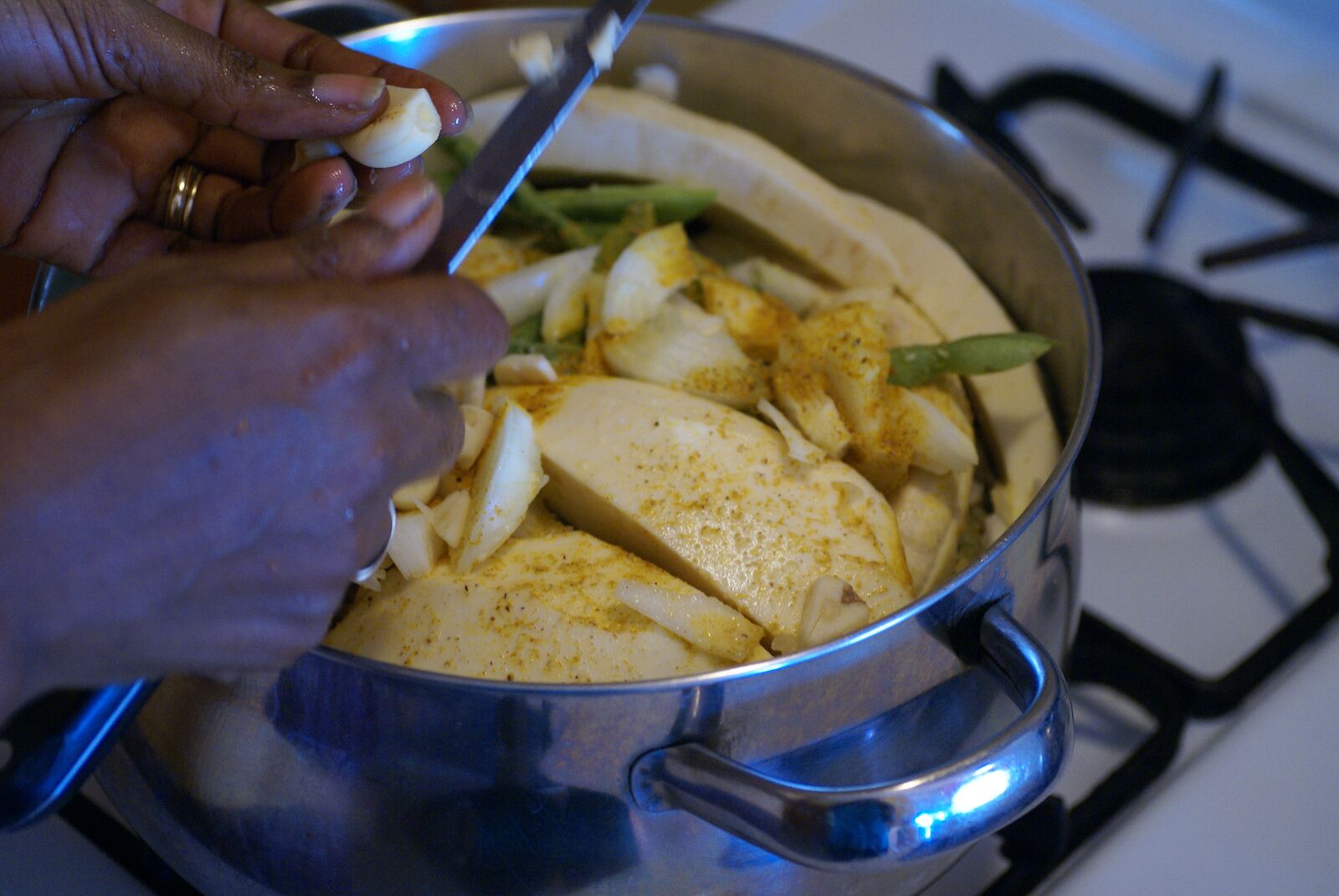 Grenada is known as Spice Island, and for a good reason. The lush isle is abundant in nutmeg, allspice, clove, and cinnamon, making for a fragrant island breeze. Oil down is Grenada’s national dish and a simmering pot of Grenada’s rich cultural history. This hearty stew consists of breadfruit, salted meat, dumplings, callaloo, and other veggies simmered in coconut milk, herbs, and spices. It’s a culinary heavy hitter at Spicemas, Grenada’s name for their Carnival. 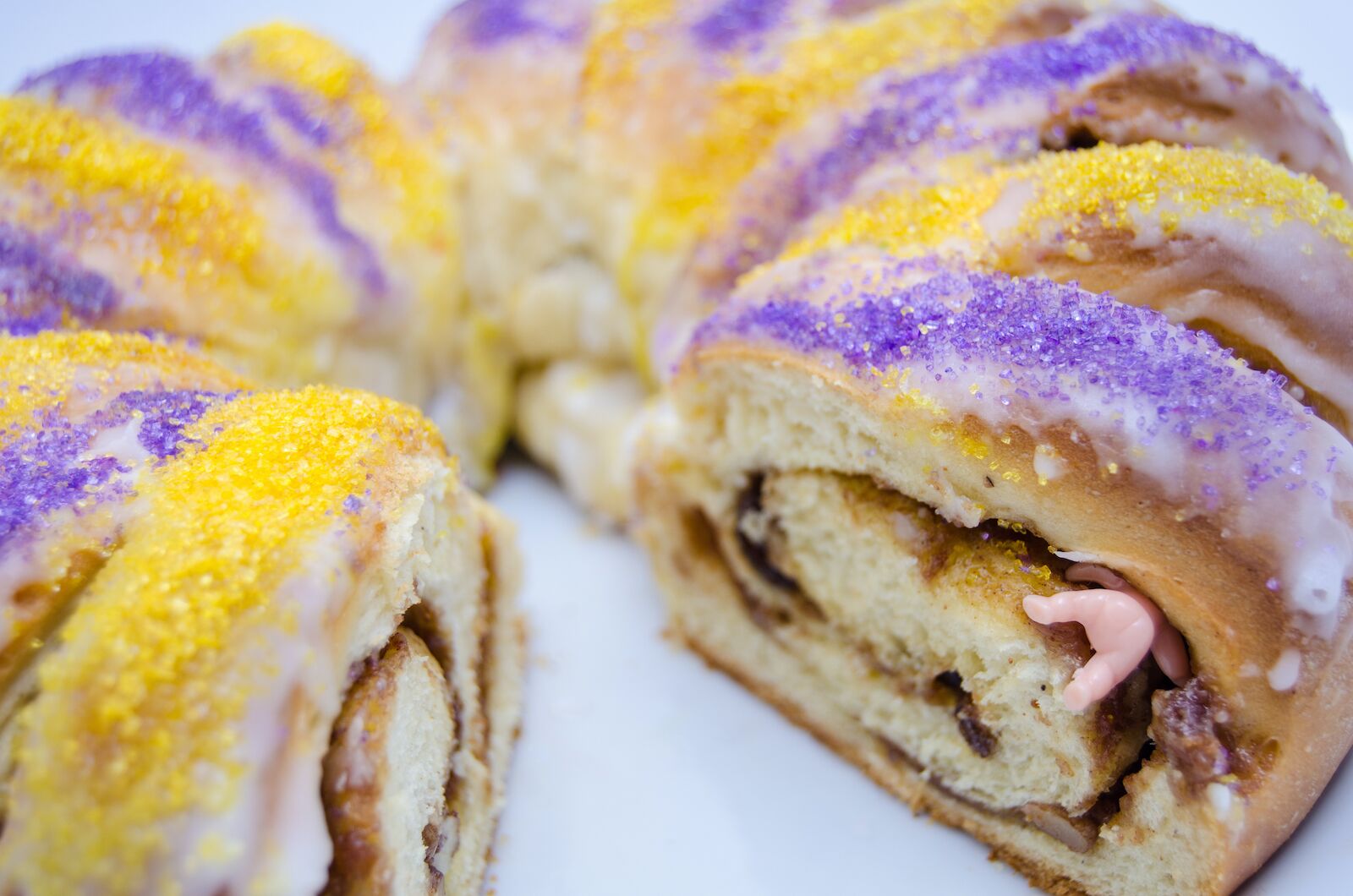 King Cake is believed to have been brought to the Gulf Coast in the 18th or 19th century, either by Basque or French settlers. More straightforward recipes describe cinnamon-roll textured dough, twisted into a ring and often topped with icing or sugar. More complex recipes fill the king cakes with cream cheese, coconut, or strawberries. Traditional king cakes are iced and topped with glitter in Mardi Gras’ signature colors: purple, green, and gold. They symbolize justice, faith, and power. Many king cakes contain a small plastic baby to represent Jesus. Whoever finds the baby in their slice of the cake is the designated party host during the next year’s Mardi Gras.

Ganses, also known as beignets de Carnaval, are deep-fried fritters dusted with powdered sugar. Ganses were traditionally prepared for Fat Tuesday, but these days, they can be found in French bakeries, especially during Carnival season. Although there are many regional variations of Carnival donuts, Nice’s ganses are made with orange blossom water. 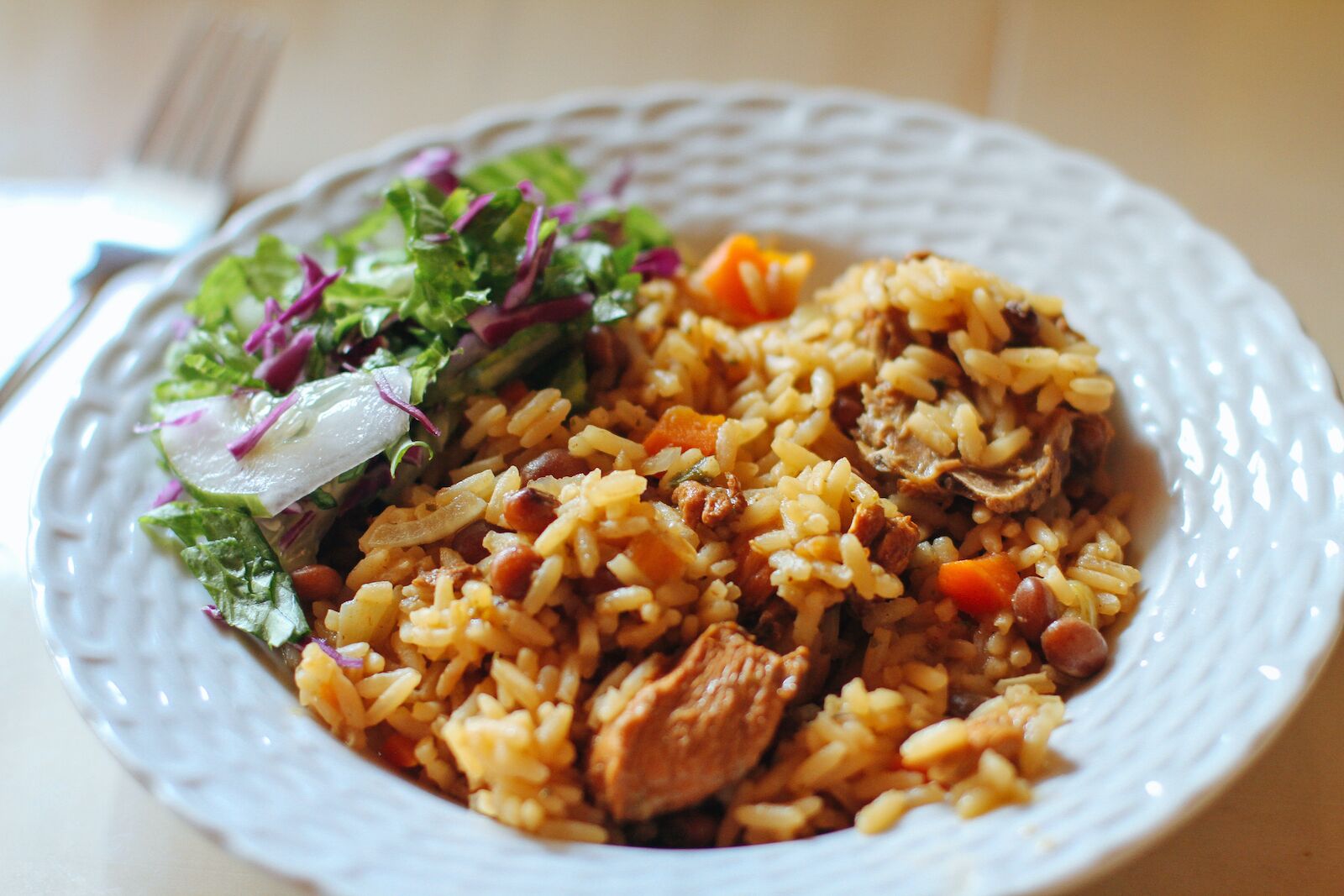 Pelau is a rice-based dish that combines rice, peas, and coconut milk with meat that has been caramelized in sugar. Although doubles are a signature street food of this twin-island nation, pelau is another favorite due to its flavor, filling ingredients, and ability to be devoured at any temperature, making it the perfect food for liming (a slang term for socializing in the Port of Spain) during carnival season. 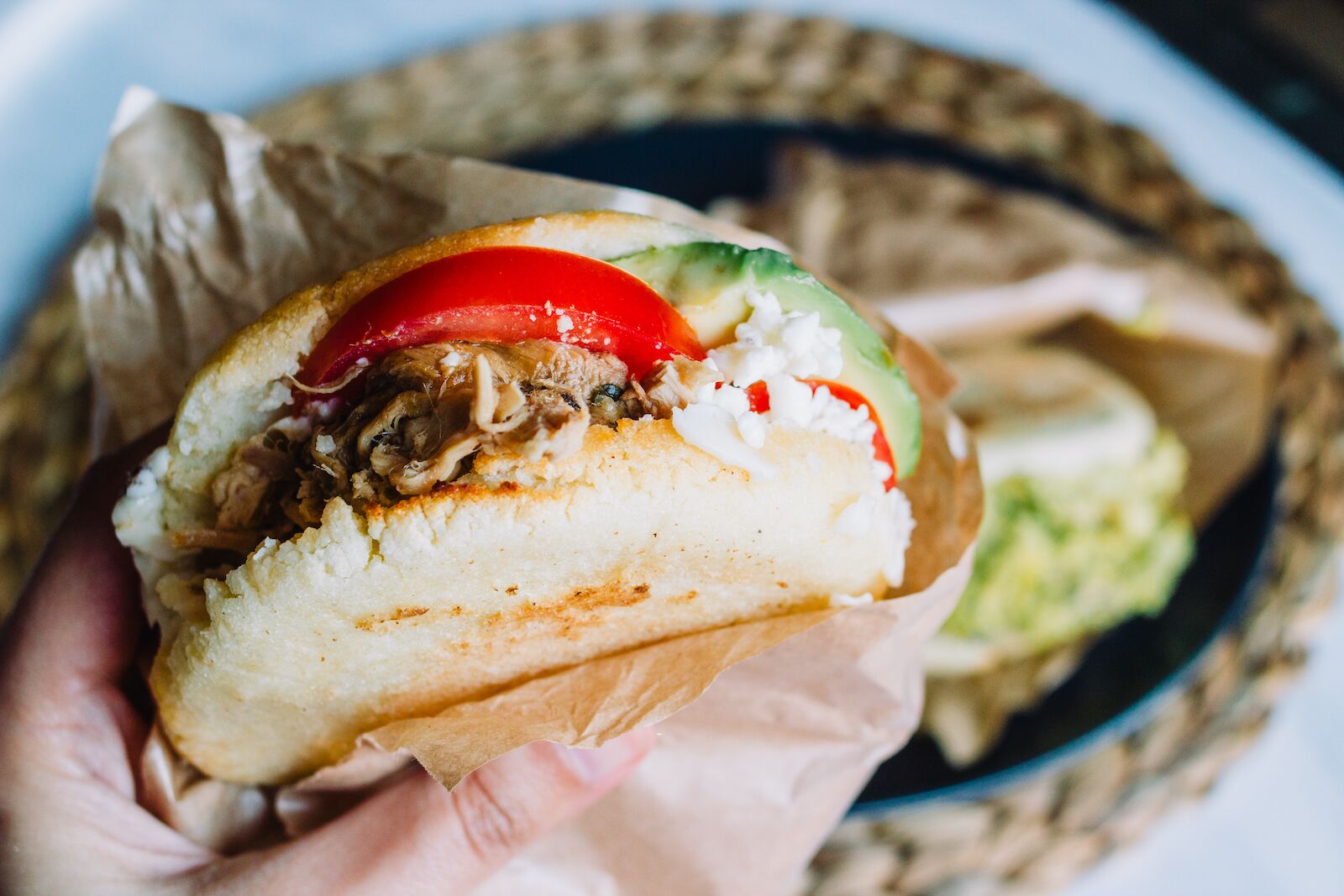 With Barranquilla Carnival’s status as the second-largest Carnival celebration in South America, and arepas’ status as an integral part of Colombia cuisine, the two go hand in hand. Arepas are an iconic part of Colombian cuisine, with dozens of forms of preparation and fillings. Ground maize dough patties are cooked and stuffed with cheese, meats, eggs, seafood, or beans. Their endless variations and street vendors make them the go-to for Carnival food, plus this hand held snack is to eat on the go. 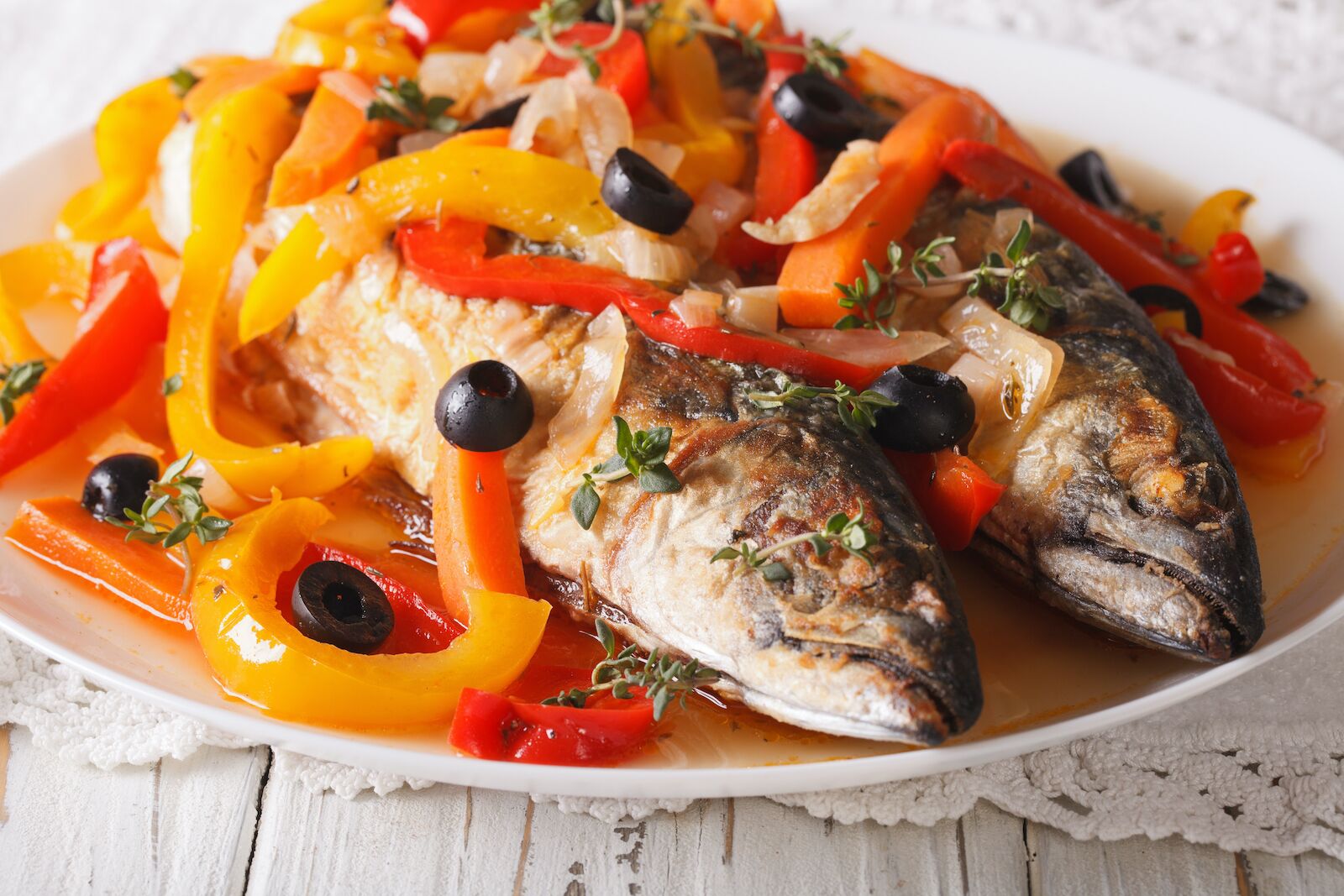 Red snapper is a popular fish used in Jamaican cuisine; it’s filling, fragrant, and can be either fried and baked. During Carnival in Kingston, Montego Bay, and Ocho Rios, crispy fried escovitch can be found, often served with a side dish of the aptly-named festival, otherwise known as sweet dumplings.

Charquekan is a favorite throughout Bolivia, but the original recipe hails from the Oruro Department, a city sitting at a dizzying 12,2544 feet of elevation. This dish’s main stars are shredded llama or beef jerky served with boiled eggs, cheese, corn, and purple potatoes. 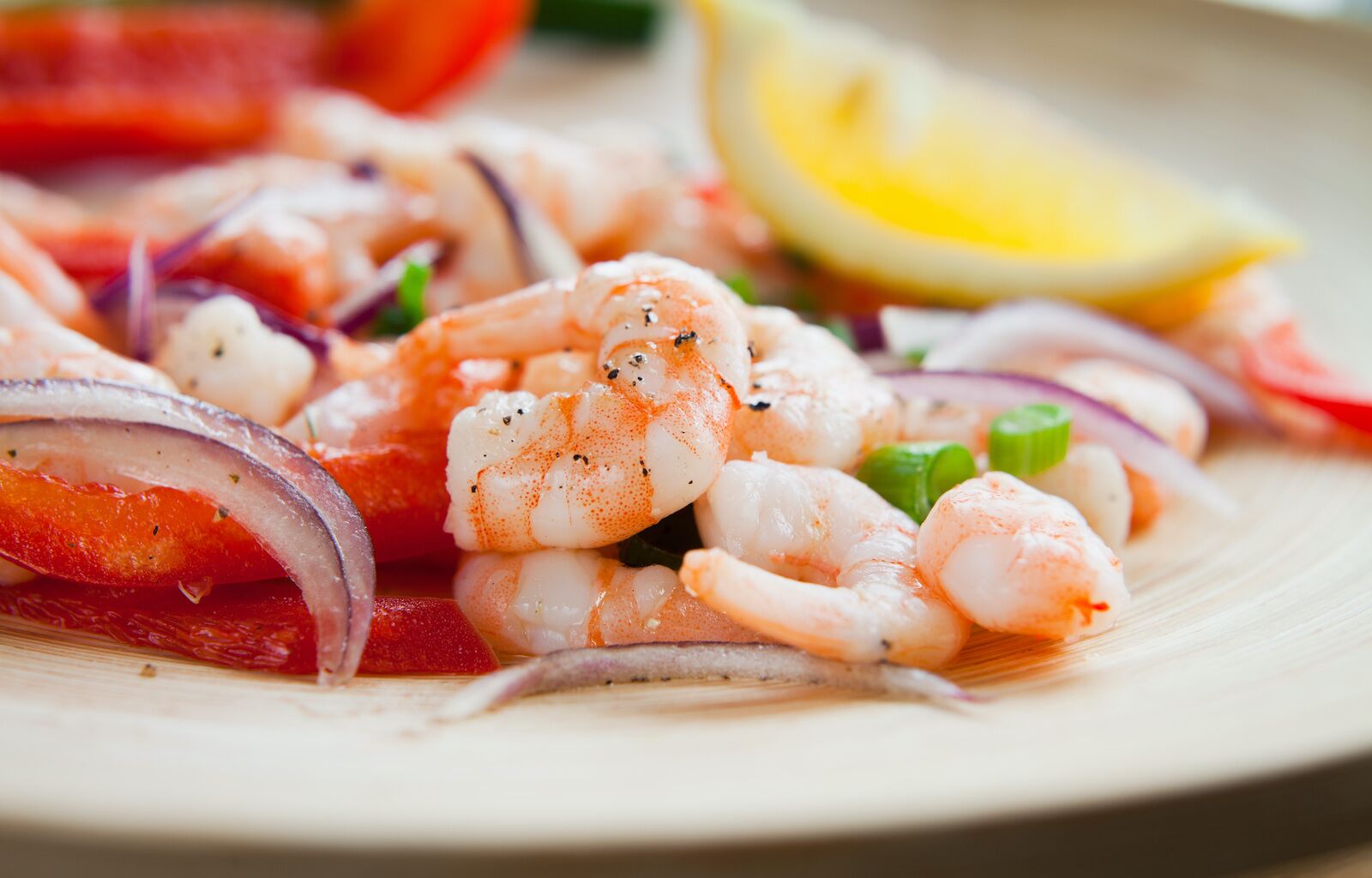 As the titleholder of oldest Carnival in Mexico and the third-oldest Carnival globally, Mazatlán knows how to kick off a pre-lenten celebration. Mazatlán is one of the largest shrimping ports globally, and camarones are abundant, inexpensive, and fresh. The possibilities are endless—camarones are served on ceviche tostadas, in omelets for breakfast, and even shrimp burgers. 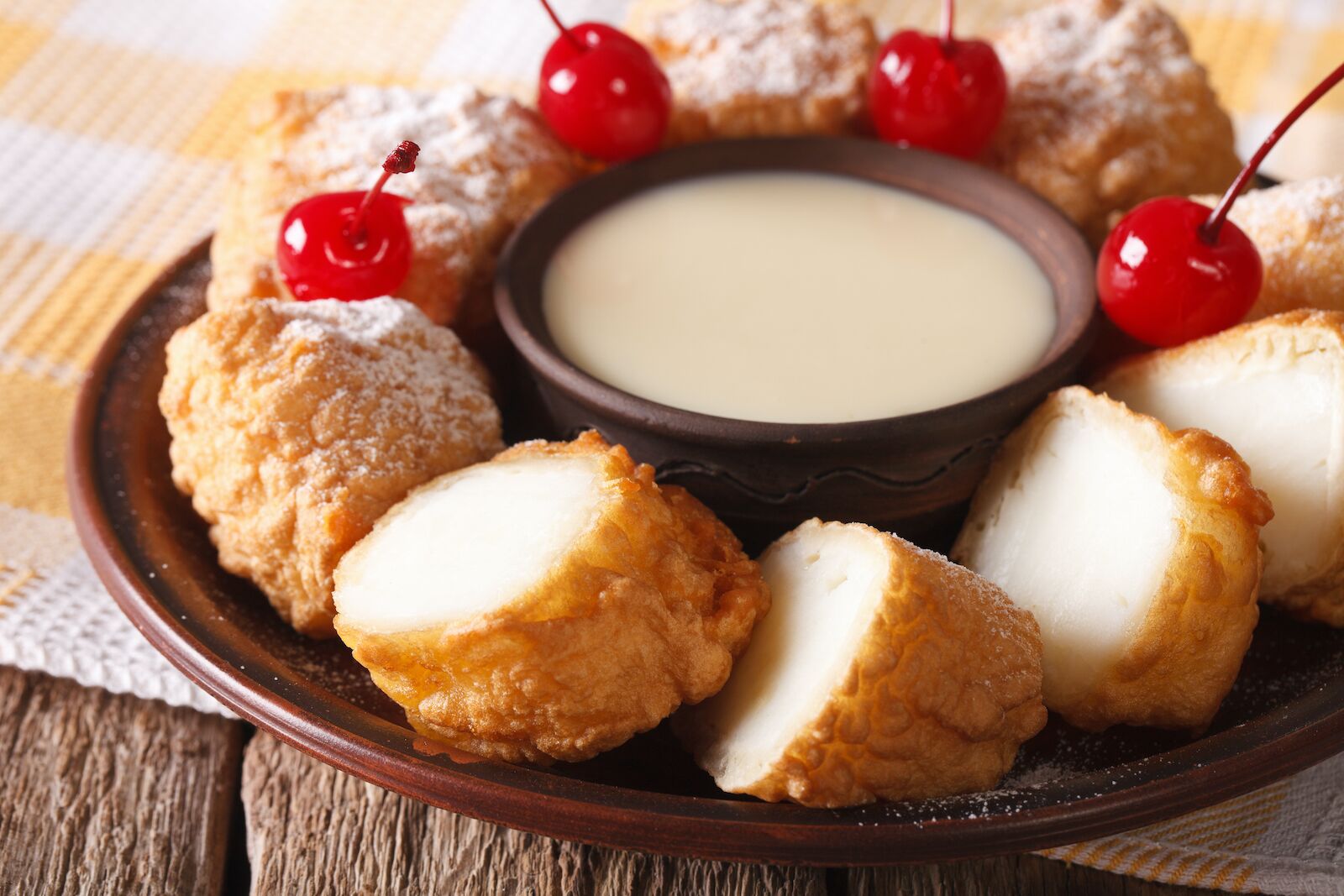 Leche frita (literally fried milk in Spanish) is a sugar-glazed sweet treat hailing from the northern regions of Spain. They become more prevalent during Carnival season and make frequent appearances at the Carnival of Santa Cruz de Tenerife. Fried dough is made from flour and milk simmered with sugar, cinnamon, and lemon zest.

Food + DrinkThe Most Underrated Dishes From Every Country and Region in Latin America
Tagged
Food + Drink
What did you think of this story?
Meh
Good
Awesome