The British royal family has a number of palaces, houses, and estates across the United Kingdom in its care. Some of these properties are used for weekend getaways, while others are country retreats for months at a time, and then there are the places that the royals officially call home for much of the year. From Queen Elizabeth II to Harry and Meghan, here’s where several members of the royal family live. 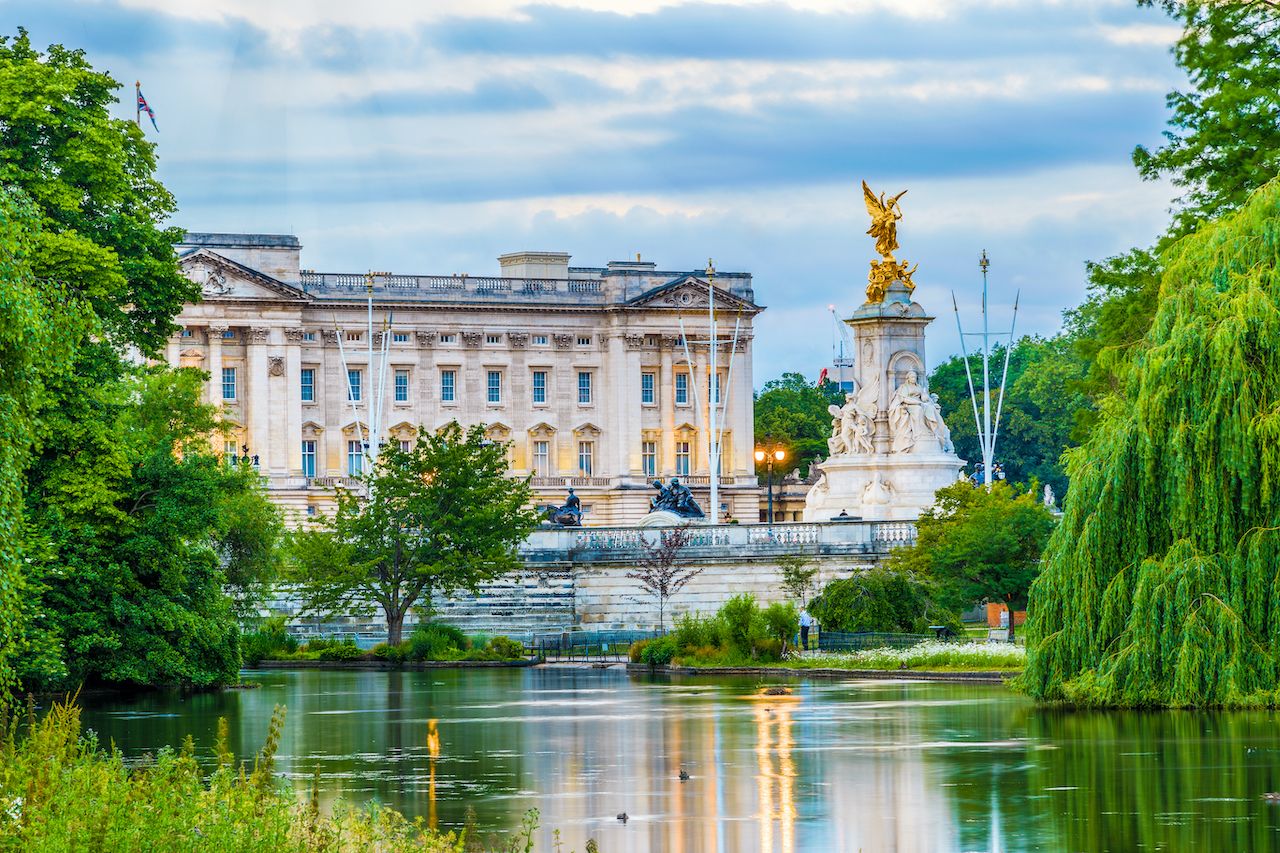 Buckingham Palace: Built in the early 1700s, the palace didn’t become the official residence of the British monarchy in London until 1837. Buckingham Palace is primarily a location for administrative duties, such as official events and meetings, but it’s also where Queen Elizabeth II lives for most of the year. According to Royal.uk, Buckingham Palace has 775 rooms, including 19 State rooms, 52 Royal and guest bedrooms, 188 staff bedrooms, 92 offices and 78 bathrooms. 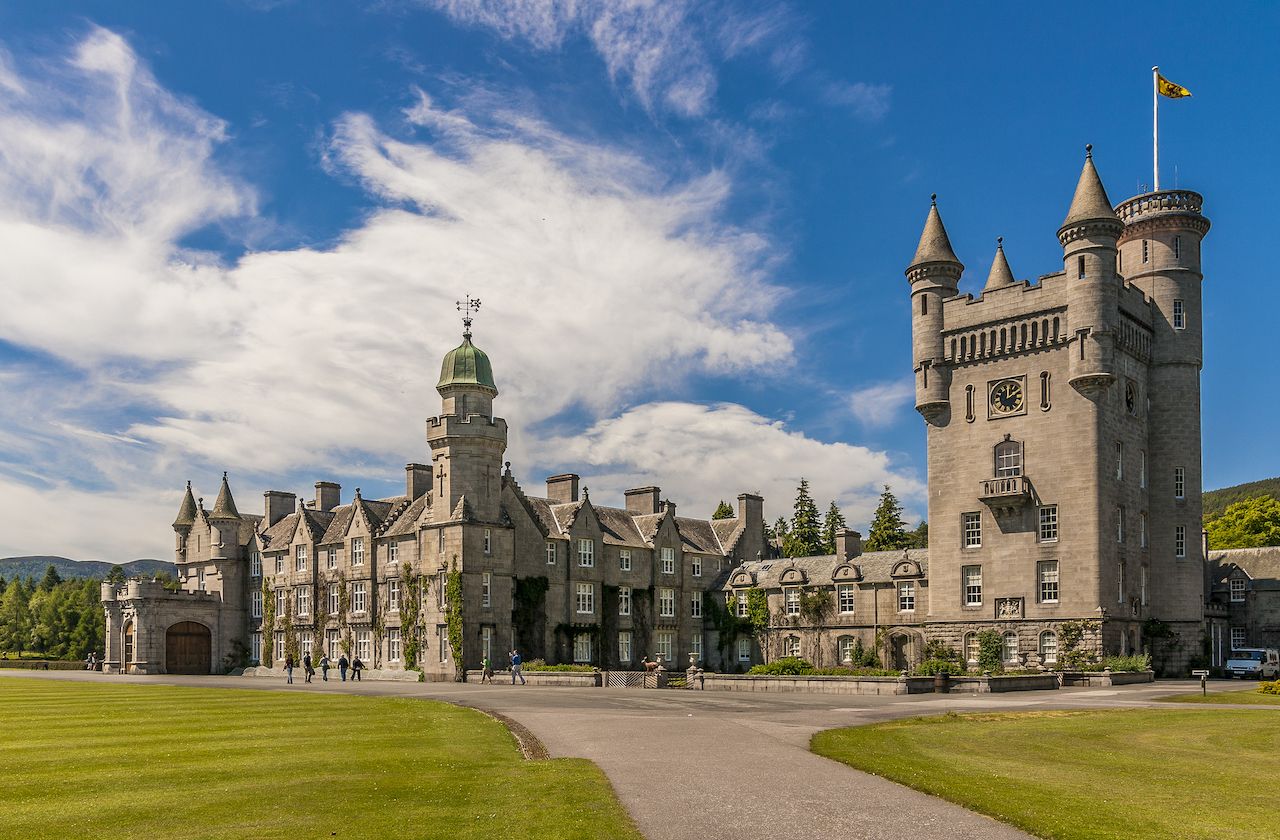 Windsor Castle: The original castle was built in the 11th century and founded by William the Conqueror to solidify Norman power after their invasion. Several monarchs throughout the following years rebuilt, remodeled, and renovated the main palace and other buildings within the walls. Windsor Castle is still used by other royals today, such as for weddings and events, but Queen Elizabeth sets up an official residence here between March and April. She’s also known to spend her private time on weekends here. Windsor Castle is the oldest and largest occupied castle in the world, according to The Royal Collection Trust. 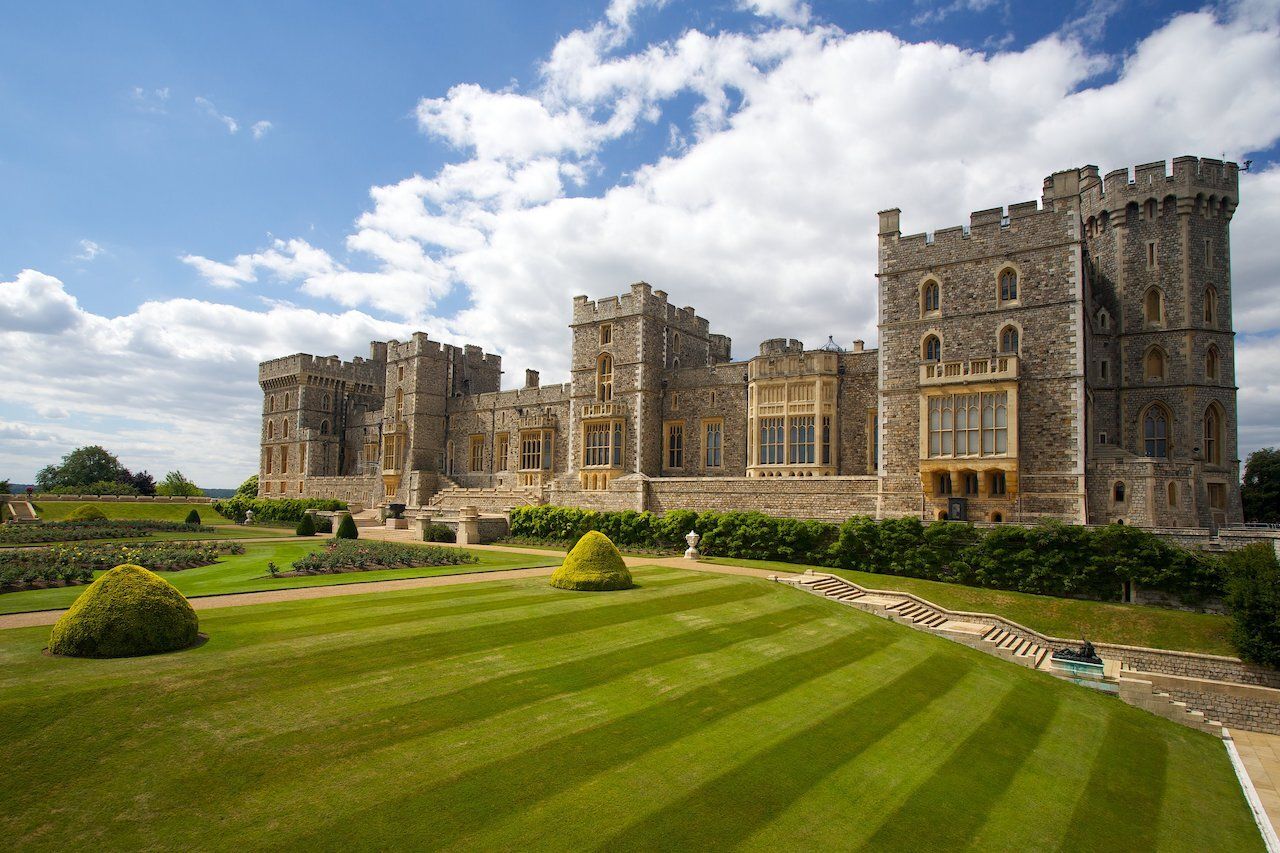 Balmoral Castle: Located in Scotland, Balmoral was bought in 1852 by Prince Albert for Queen Victoria. Since then, the 50,000-acre property has been a private holiday home for the royal family, and its halls have seen all members pass through — from Elizabeth herself down to William and Harry. It’s also where Charles brought Diana to meet his family for the first time. 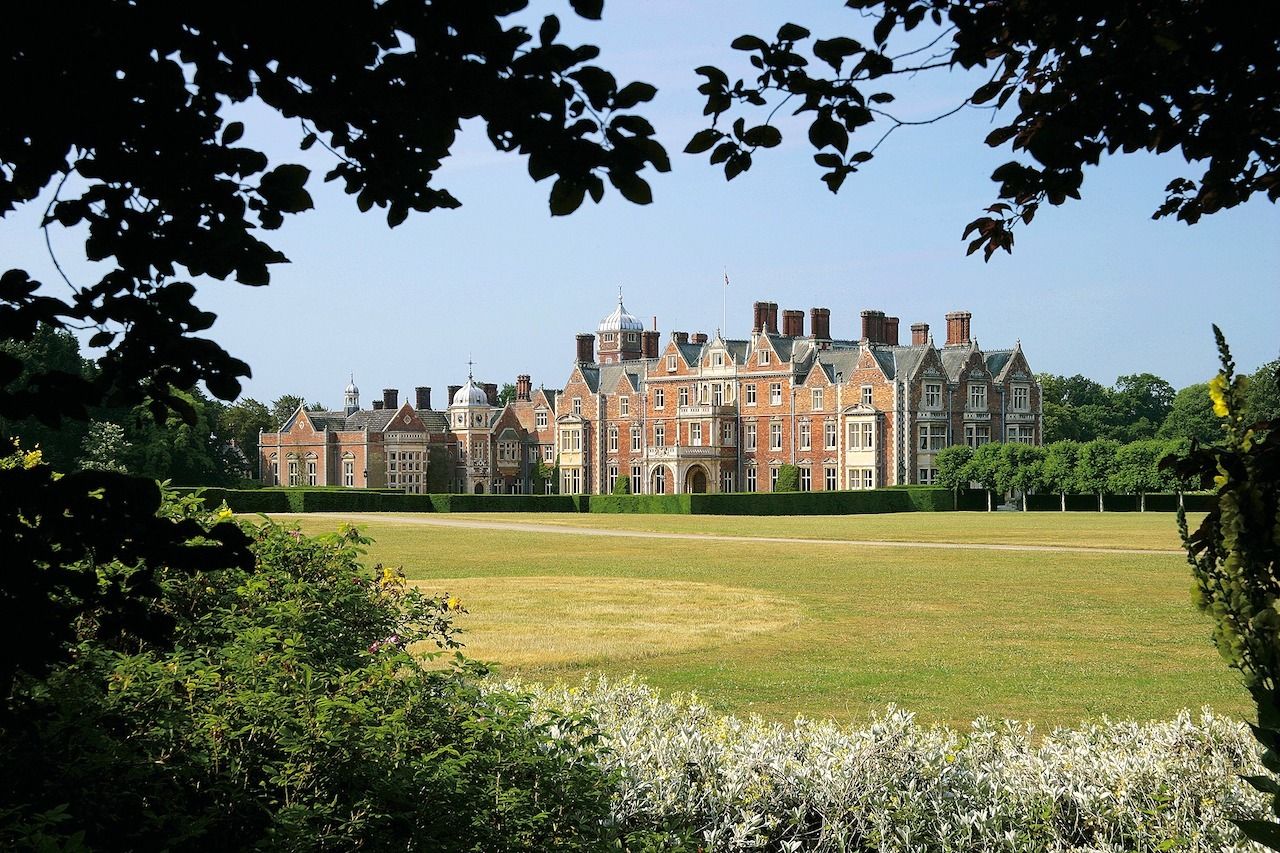 Sandringham Estate: Sandringham has a long history with the monarchy. It was bought in 1862 for Prince Edward and is currently used by Elizabeth as a private country home where she spends her winters. The estate is where both her father, George VI and grandfather, George V, passed away. 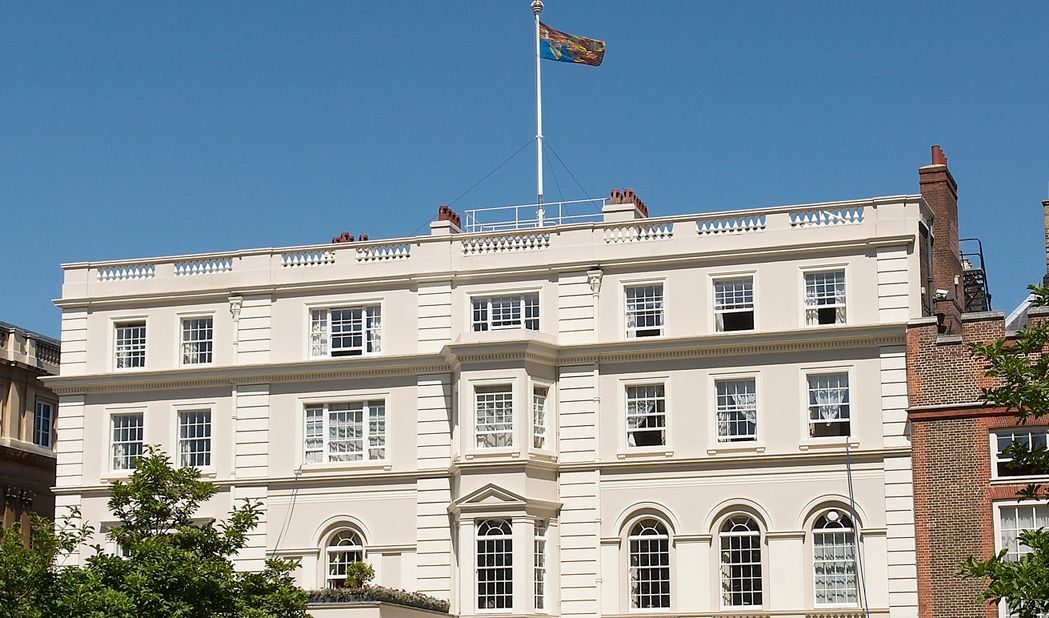 Clarence House: Clarence House was built in the late 1820s and has been home to several generations of members of the royal family, including the Queen Mother Elizabeth, Queen Elizabeth II, and Prince Philip. Currently, it’s the official London residence of Prince Charles and his second wife, Camilla. 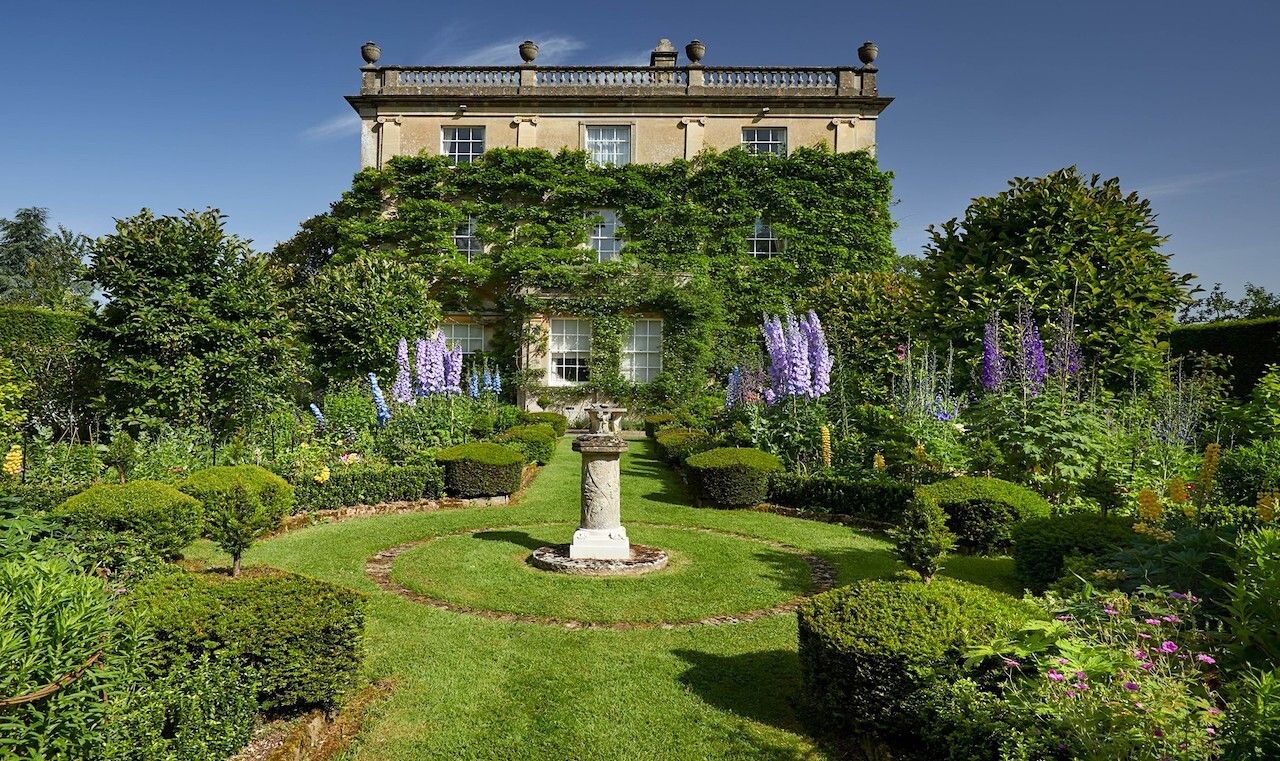 Highgrove House: Highgrove house was built between 1796 and 1798 and came into Prince Charles’ possession in 1980. When Charles arrived, he made a number of renovations to the place to make it a home away from home in the country. It was where he and his first wife, Diana, spent their time on weekends, but it’s now the country home for him and Camilla. 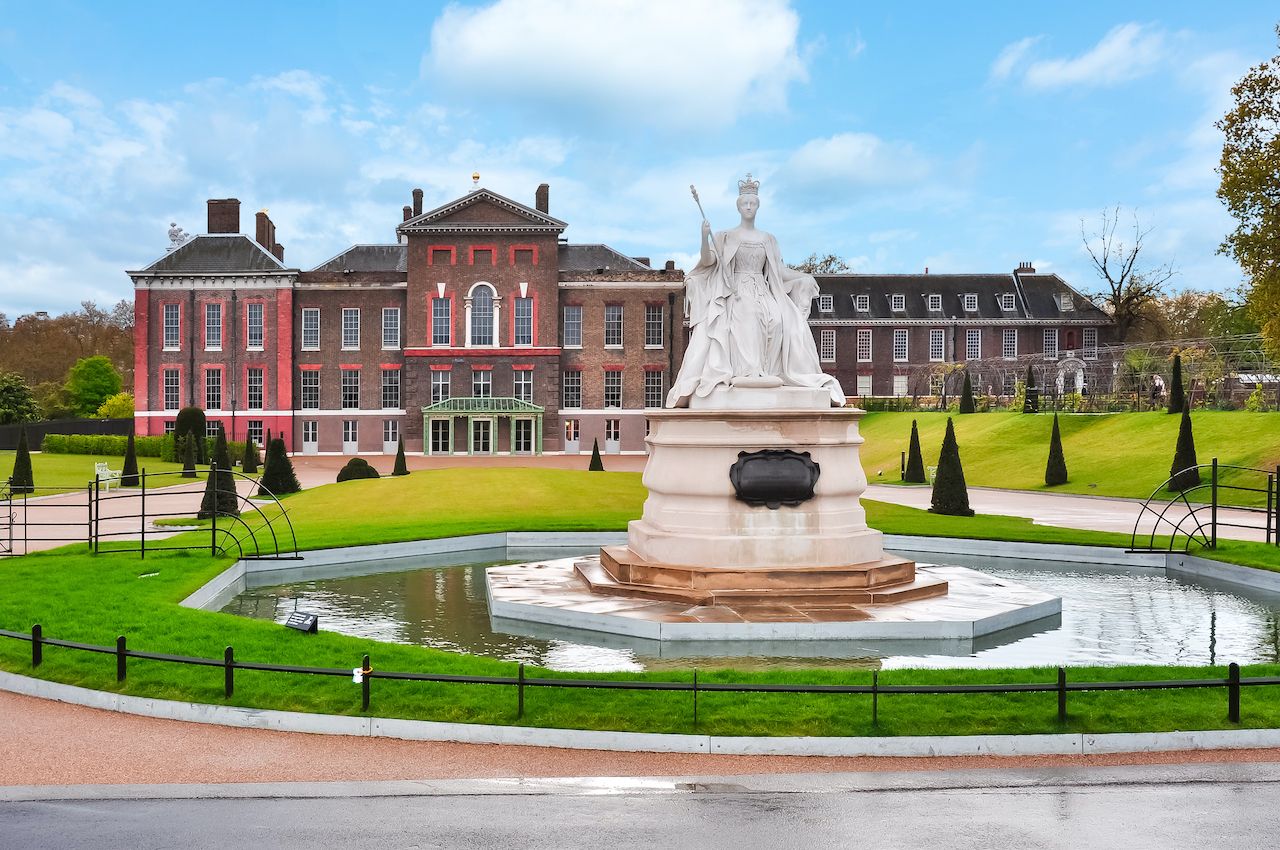 Kensington Palace: Built in the early 15th century, Kensington Palace didn’t become an official royal residence until 1689. It was where Queen Victoria was born and lived during her childhood, and now it’s the London residence of Prince William and Kate, and their kids George, Charlotte, and Louis. 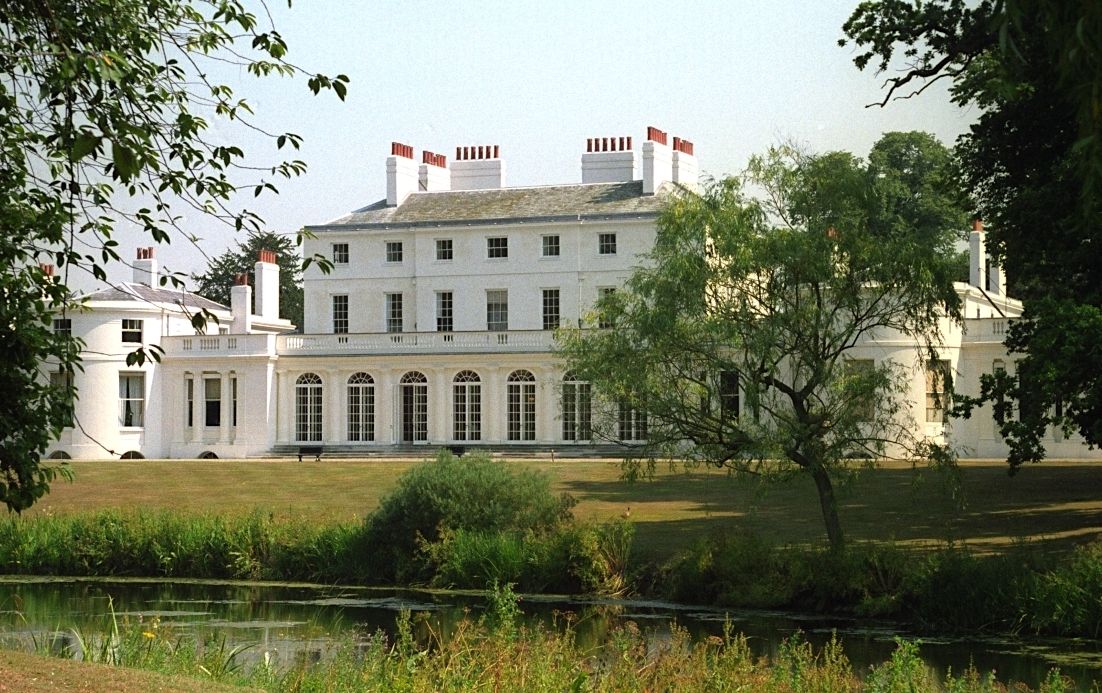 Frogmore Cottage: Frogmore Cottage’s construction finished in 1684 and was leased out by Henry VIII. In 1792, Queen Charlotte bought the lease so that she and her family could have a country retreat. A few centuries later, in 2018, Prince Harry and Meghan had their wedding reception here and later moved in before the birth of their son Archie. The pair now live in California in the US, and reportedly opened their Windsor home to Princess Eugenie and her husband Jack while Eugenie was expecting her first child.

Gatcombe Park: Queen Elizabeth purchased this late 18th-century country estate for her daughter in 1976, just six miles away from Highgrove House. Since then, it’s been the primary residence for Princess Anne and her family.

Bagshot Park: Having been in the royal family since the beginning, the original building on this property was built in the 15th century and later demolished toward the end of the 17th century. The current building’s construction was completed in 1879 and used by various royals until it passed to Prince Edward and his wife Sophie in 1999 after their wedding.

Royal Lodge: The site that the lodge sits on goes back to the 15th century, and the property on it (known by various names throughout the years) passed through several occupants before landing in the hands of King George IV. A later royal had much of the site demolished except for a conservatory, which was also used by Queen Elizabeth II’s mother Elizabeth and King George VI as a country retreat. After Elizabeth’s passing in 2002, Prince Andrew moved into the lodge in 2004 with his ex-wife Sarah and daughters Beatrice and Eugenie.