There’s just something about the sizzle of bacon in the morning. On September 1, that sizzle should be heard all day long, though, because it’s International Bacon Day — not to be confused with plain old Bacon Day, which started in 1997 and doesn’t happen until December 30. International Bacon Day is held on the Saturday before Labor Day every year, and it’s a readymade excuse to revolve an entire calendar day around everyone’s favorite cut of pork.

If you’re like any other bacon lover in the US and around the world, you already know the ins and outs of making bacon for yourself. Take things up a notch this year. Here are five things to do on International Bacon Day that are better than just eating bacon at home.

1. Get boozy with your bacon. 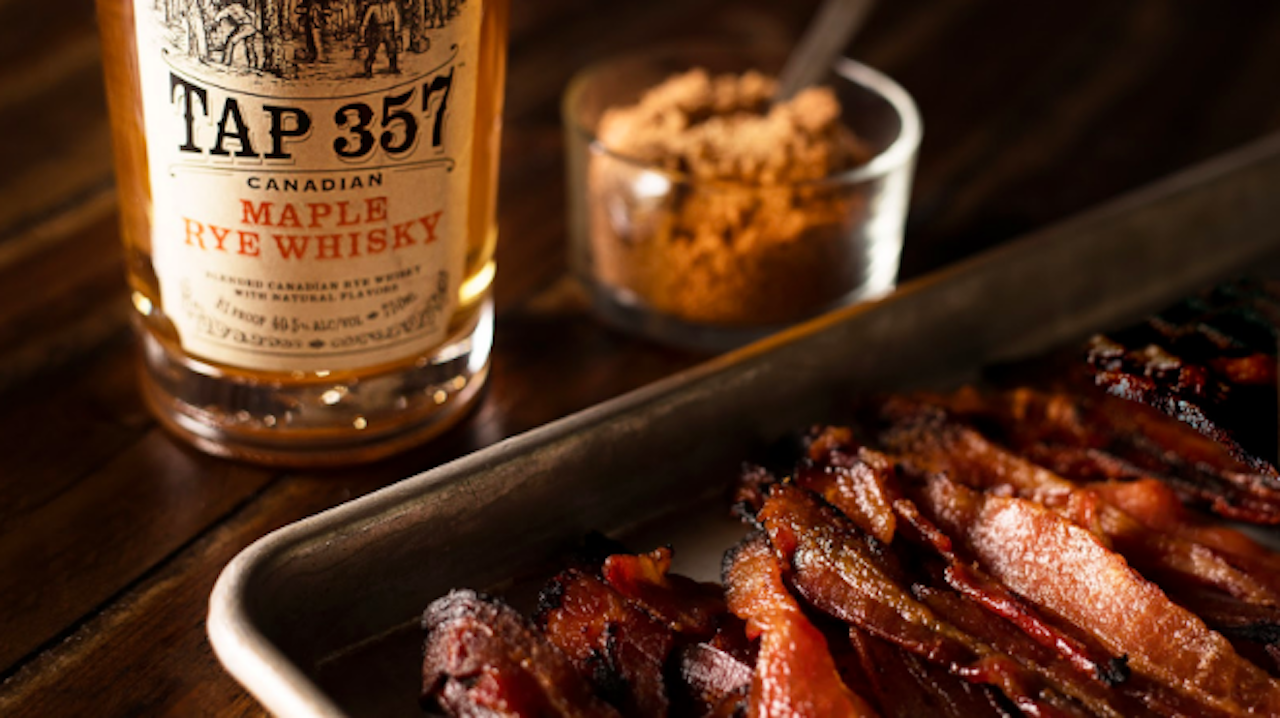 Yes, bacon goes with everything. Anyone who had their doubts about that lost those doubts the first time they tried bacon ice cream. But the original bacon pairing is anything drizzled with maple syrup. After that, whiskey comes in at number two for the best bacon pairings. Why not combine those two and then take things to the natural next step by eating bacon with maple whiskey? TAP 357 is a Canadian rye whisky that’s blended with pure maple syrup tapped in early spring. International Bacon Day is a full day of bacon, so act accordingly with treats available from morning to night. And if you have any fears about things like cholesterol or general health, well, your taste buds will convince your other organs that one day of indulgence won’t kill you. 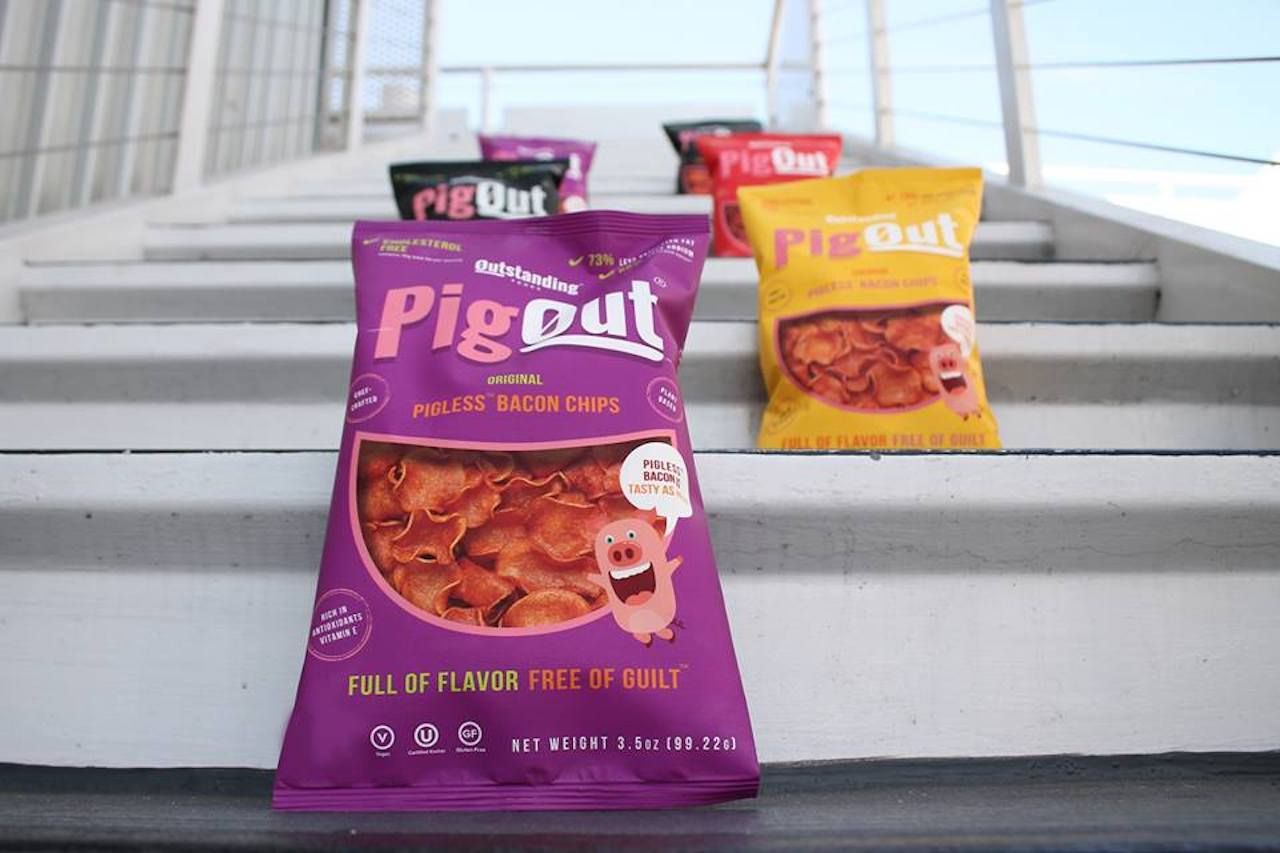 International Bacon Day is probably the last day that you’d think would cater to vegetarians or vegans. This is a day about inclusion, though, not exclusion, and people can still get in on all that bacon celebration without eating actual pork. The plant-based food company Outstanding Foods released PIG OUT Bacon Chips in 2018, and despite the name, there is exactly zero percent animal involved. Dave Anderson, the chef who led product development at the company that brought everyone the meatless Beyond Burger, worked on the recipe. Now you have no excuse to not invite your plant-diet friends to your Bacon Day party.

3. Schedule a visit to the Schweine Museum. 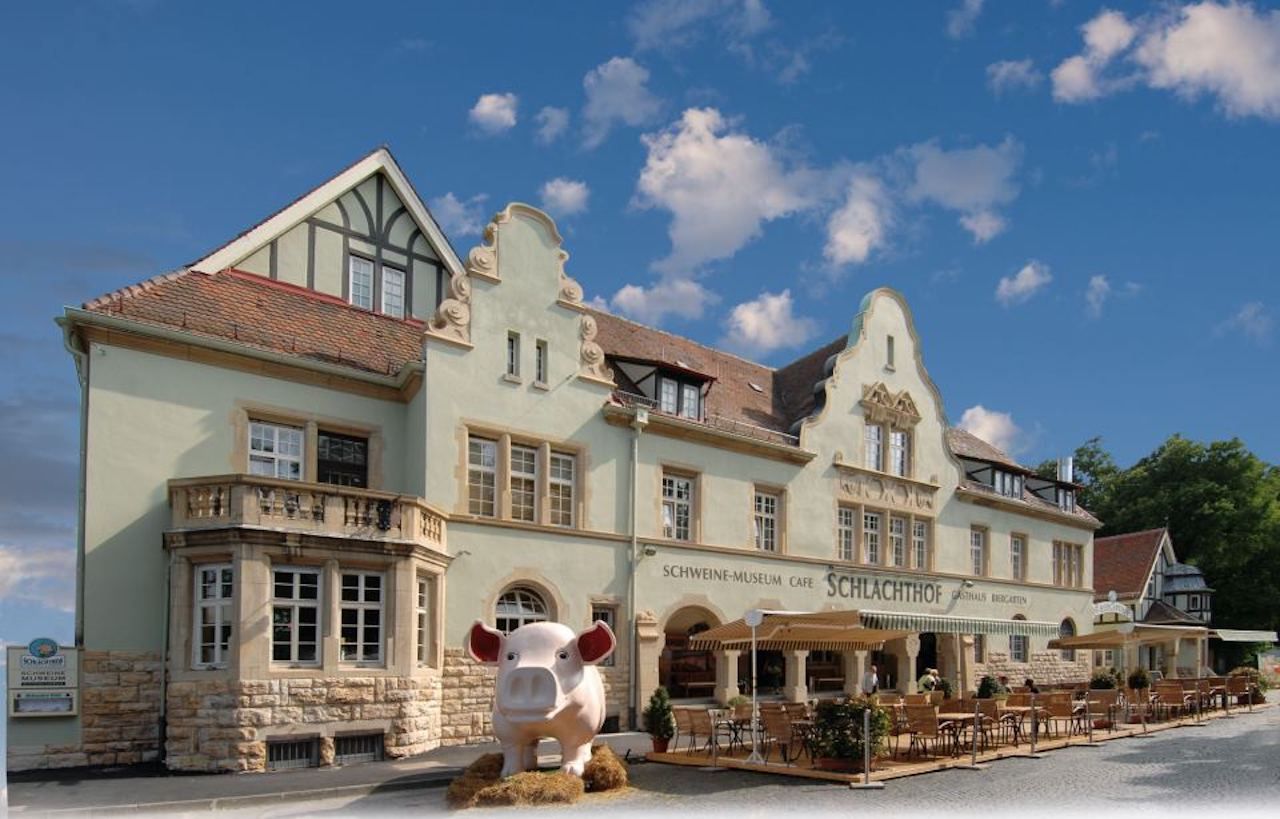 Without pigs, there would be no bacon. No one celebrates pigs like the Schweine Museum in Stuttgart, Germany. It bills itself as “the largest swine museum in the world” with more than 50,000 exhibits in 29 theme rooms. Plus, there’s a pork-focused restaurant and, this being Germany, a large beer garden. If bringing home the bacon with an endless number of pig facts is on your agenda, which it should be, then get to Stuttgart — stat.

4. Go to a restaurant that’s all bacon, all the time. 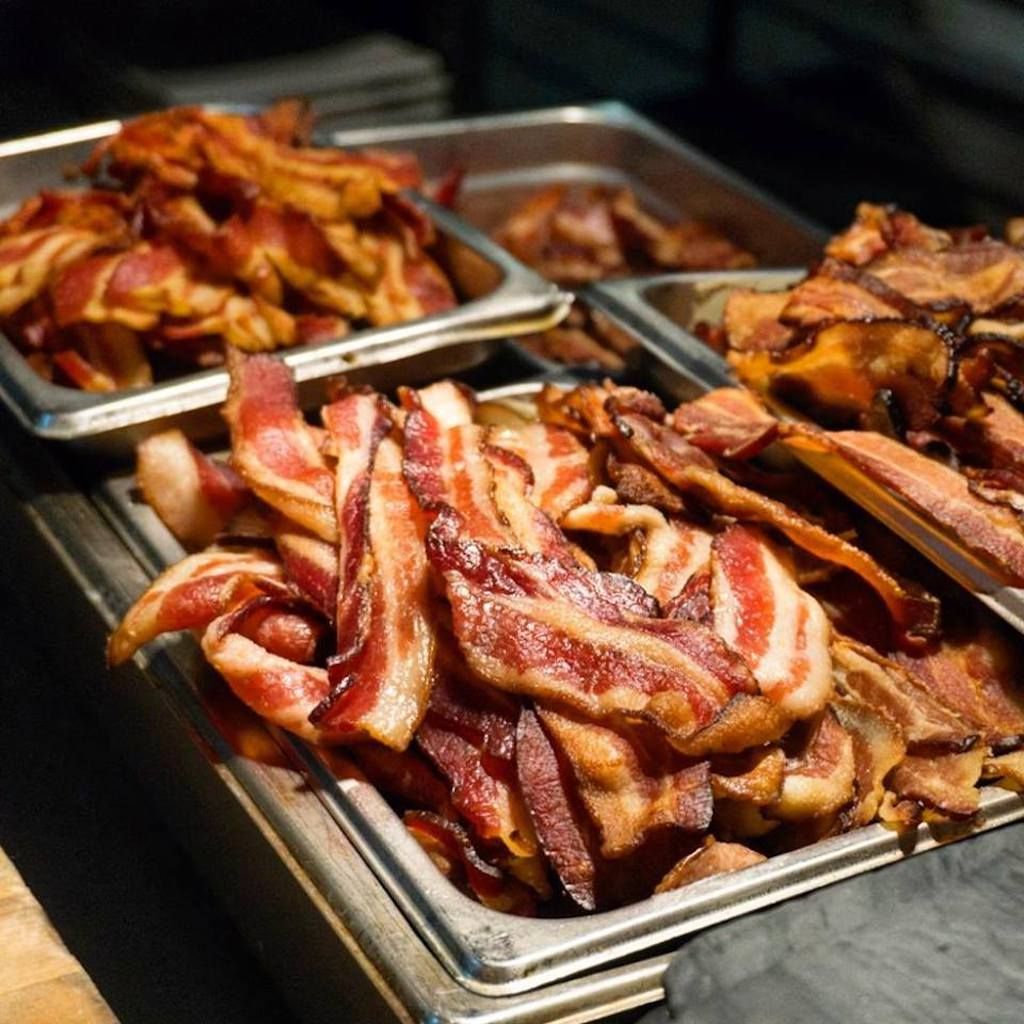 Bacon isn’t just for the home cook. There’s a good chance that there’s a bacon-focused restaurant near you that does it up a little more than your local diner. Naturally, there are a few standouts. In Brooklyn, there’s Belly, an upscale restaurant that debuted the world’s first bacon omakase menu. If you’re unfamiliar with the concept, omakase is a meal consisting solely of dishes the chef wants to serve — at Belly, that means lots of various takes on bacon. Also in New York City, there’s BarBacon, a place that’s so devoted to the good stuff that it serves bacon as a side to its bacon sandwich. On the West Coast, there’s San Francisco’s Bacon Bacon. If you want to really challenge your bacon-loving self, eat a one-pound BLT at Tony’s I-75 Restaurant in Birch Run, Michigan.

5. Eat at all of the Bacon World Championship winners locations. 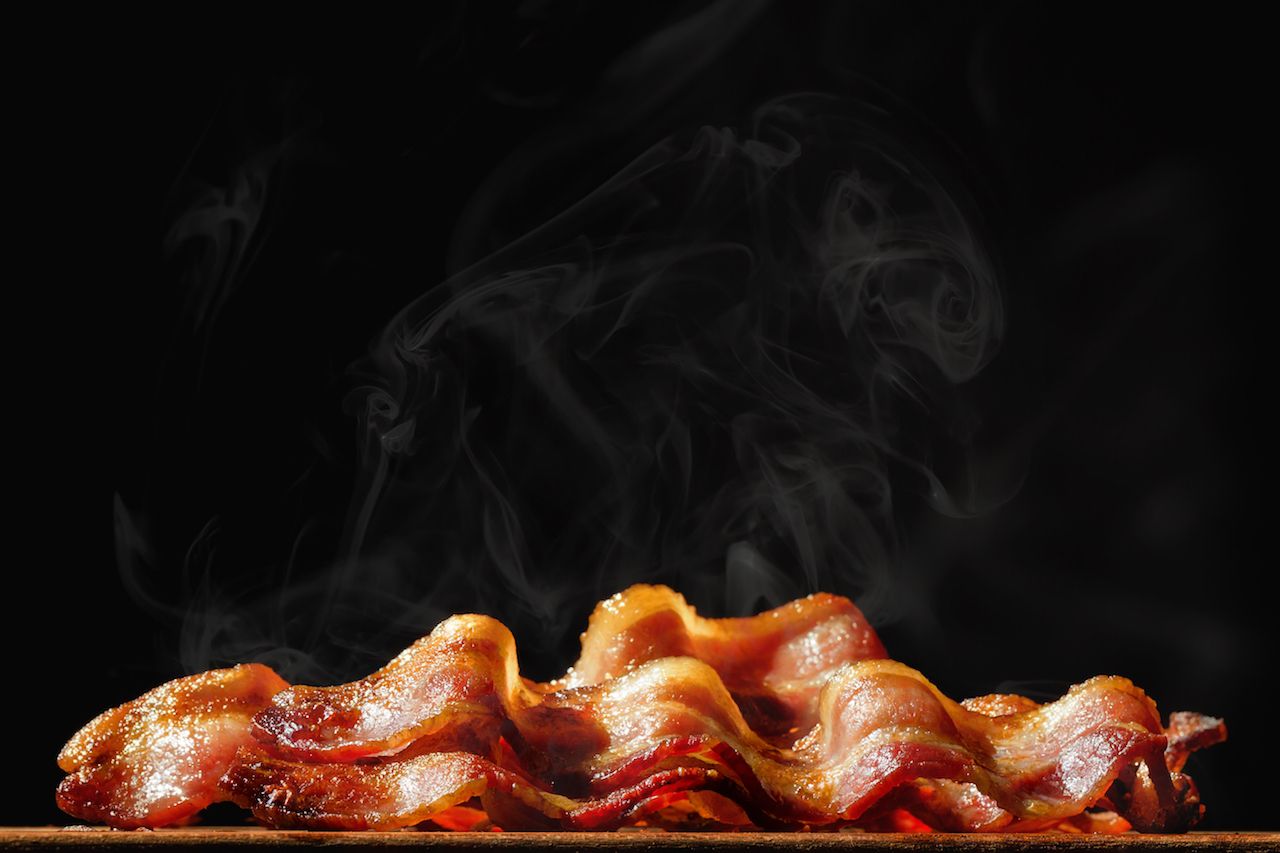 This might seem a little ambitious, but that’s what these international holidays are for: setting goals you never knew you wanted to make. The Bacon World Championship, which will be held from November 7 to 11 in Orange Beach, Alabama, makes setting ridiculous bacon goals easy. The competition pits 40 chefs against each other to create the best bacon dish. Even though there’s still some time before the actual competition, you can get in the Bacon World Championship mood right now by checking out the 2018 competitors. If eating is more your thing, which is probably the case, visit the 2017 winners page and start mapping out your own Bacon World Championship tour.

Food + DrinkThe 17 Weirdest Things People Do To Pizza Around the World
Tagged
Food + Drink
What did you think of this story?
Meh
Good
Awesome