From California wine country to Arizona and Virginia, there are wineries owned by the stars across the country. Some, like the wineries owned by Francis Ford Coppola, are almost as famous for the wine as for who owns it. Others are quietly putting out tasty bottles without splashing a big name on the bottle. All of the below are an interesting visit whether you know the celebrity or not. 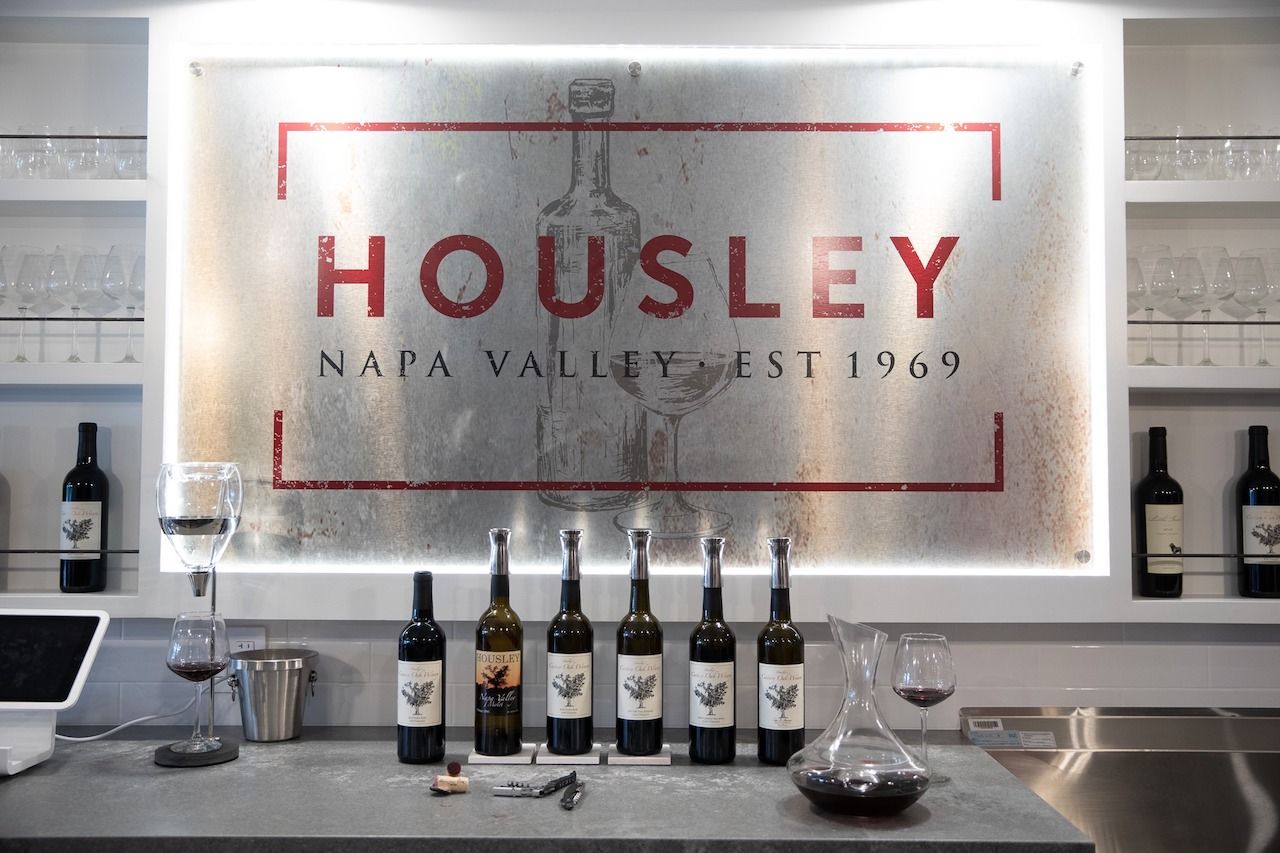 Tamera Mowry-Housley, of Sister, Sister fame, owns the Napa winery Housley with her husband Adam Housley. The winery has been in the Housley family for nearly half a century, and Adam was raised in the Bay Area. After a stint in Major League Baseball and then a 20-year career as a TV journalist, he returned to run the winery along with Tamera. Housley winery makes a rosé, chardonnay, pinot grigio, cabernet sauvignon, zinfandel, and petit sirah.

The downtown Napa tasting room is open every day from 11 AM to 7 PM. It takes walk-ins and serves food, as well a wine and chocolate pairing chosen by Tamera. 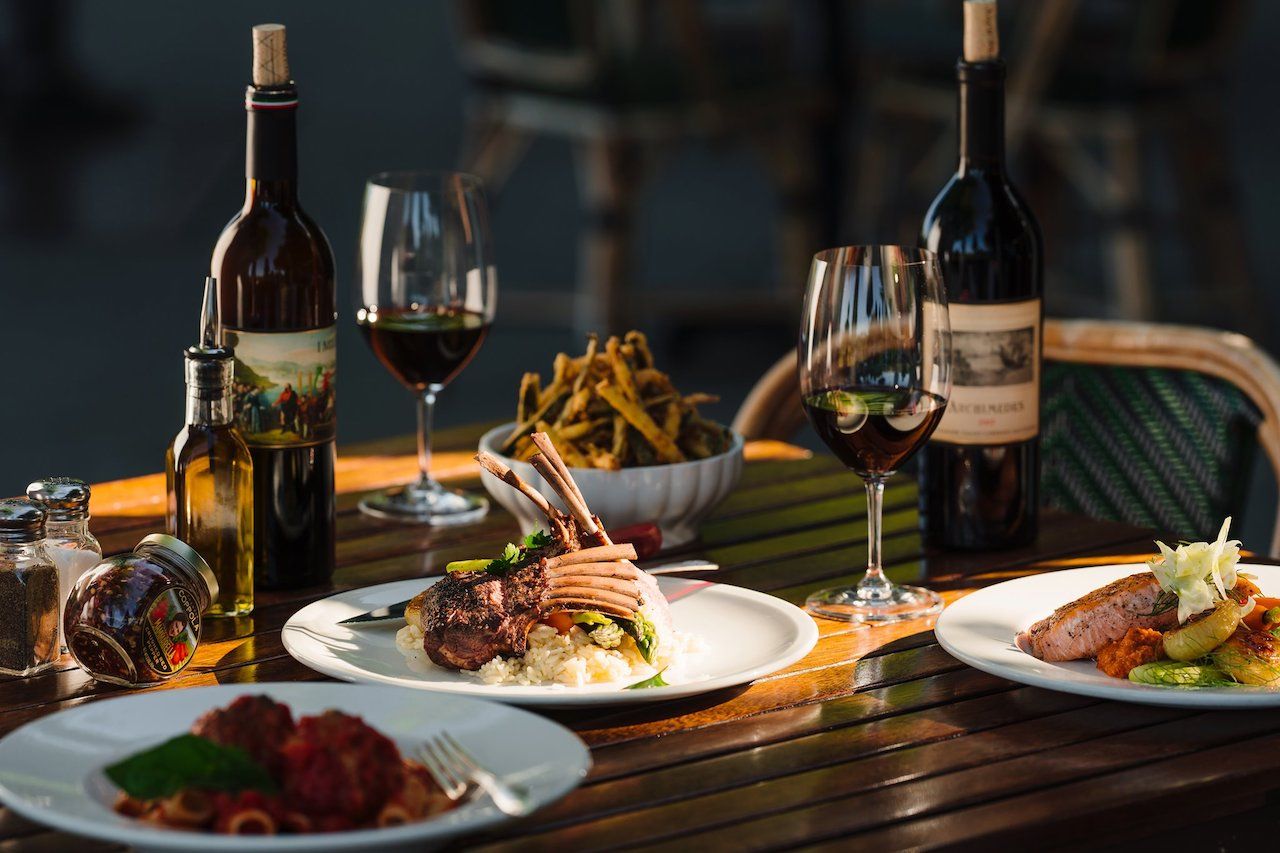 Francis Ford Coppola and his family have made almost as big a name for themselves in the wine world as they have in cinema. Coppola bought Inglenook Estate in Napa in 1975, and then opened his eponymous winery in nearby Geyserville in 2006. Visiting is like a trip into a wine-soaked movie museum on a vineyard. Memorabilia from Coppola’s movies like The Godfather and Apocalypse, along with some Academy Awards, are just as accessible as the award-winning wines. And there are a lot of wines to choose from — the winery produces more than 40. A restaurant with a menu curated to pair with the house wines dishes options like pizza, spaghetti, and rack of lamb. Finally, there are the swimming pools. Two of them, to be exact, with all the chaise lounge chairs and vineyard views you could ask for.

If that’s not enough of a Coppola wine experience for you, he owns a second winery and tasting room people can visit, too, which makes Virginia Dare. 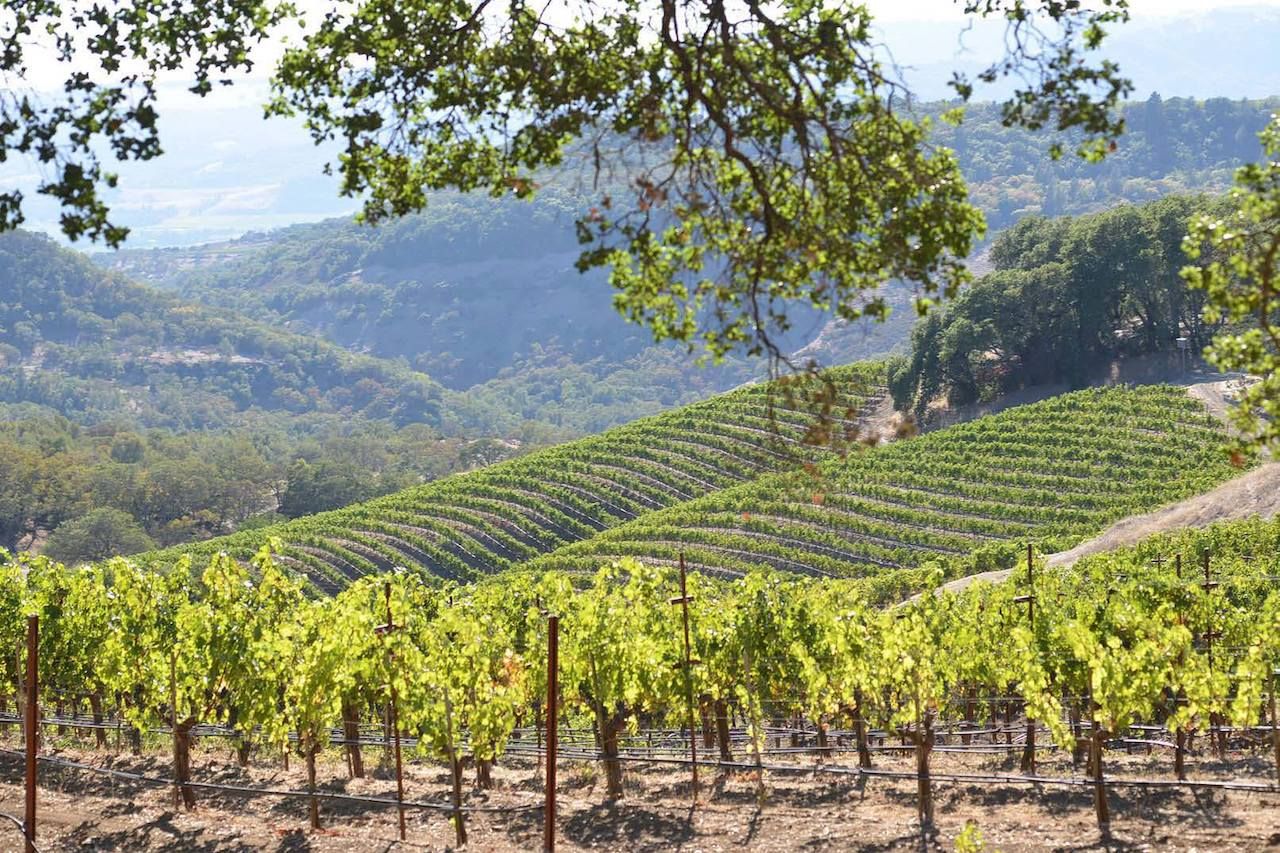 Robert Kamen is best known for his work as a screenwriter and producer of films like Karate Kid, Fifth Element, and the Taken movies. He bought land in Sonoma County in the 1980s and started Kamen Estate Wines, which now has both a downtown Sonoma tasting room and the mountain vineyard itself that you can visit on a vineyard tour and tasting. For the latter, choose the two hour, $80 Sky Deck experience with a wine and cheese pairing (just note you need to book in advance). The tasting room is a more casual experience and is open daily with tastings by the flight. 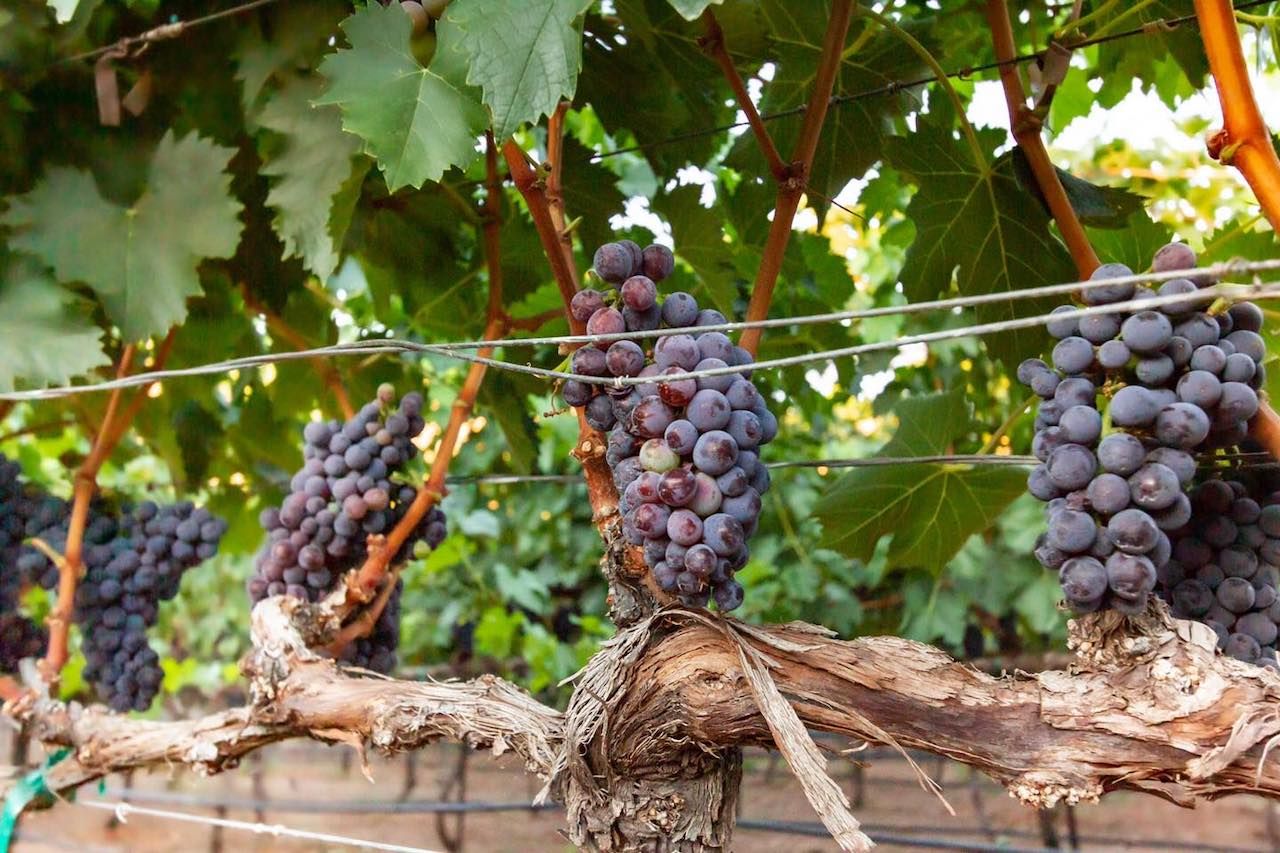 Maynard James Keenan, of the band Tool, is serious about wine and supporting all things local through his winery Caduceus and his various restaurants and businesses in Jerome, Arizona. The former copper mining town is between Prescott and Flagstaff and was founded in 1876. People came to find their riches in boom times, but it hasn’t had a population above 500 people for decades. It does, however, have Keenan’s well-reviewed wines, restaurants, and businesses (seven vineyard sites and tasting rooms, two restaurants, a barber shop, and a record store, according to a recent Esquire profile). One of those locations, Merkin Vineyards Osteria, celebrates its home state with a near 100-percent Arizona focus on ingredients in addition to a long Caduceus wine list.

If you’re curious about how the frontman of Tool got so involved in making wine in a tiny, historic Southwest town, the documentary Blood into Wine is an informative watch before any visit. 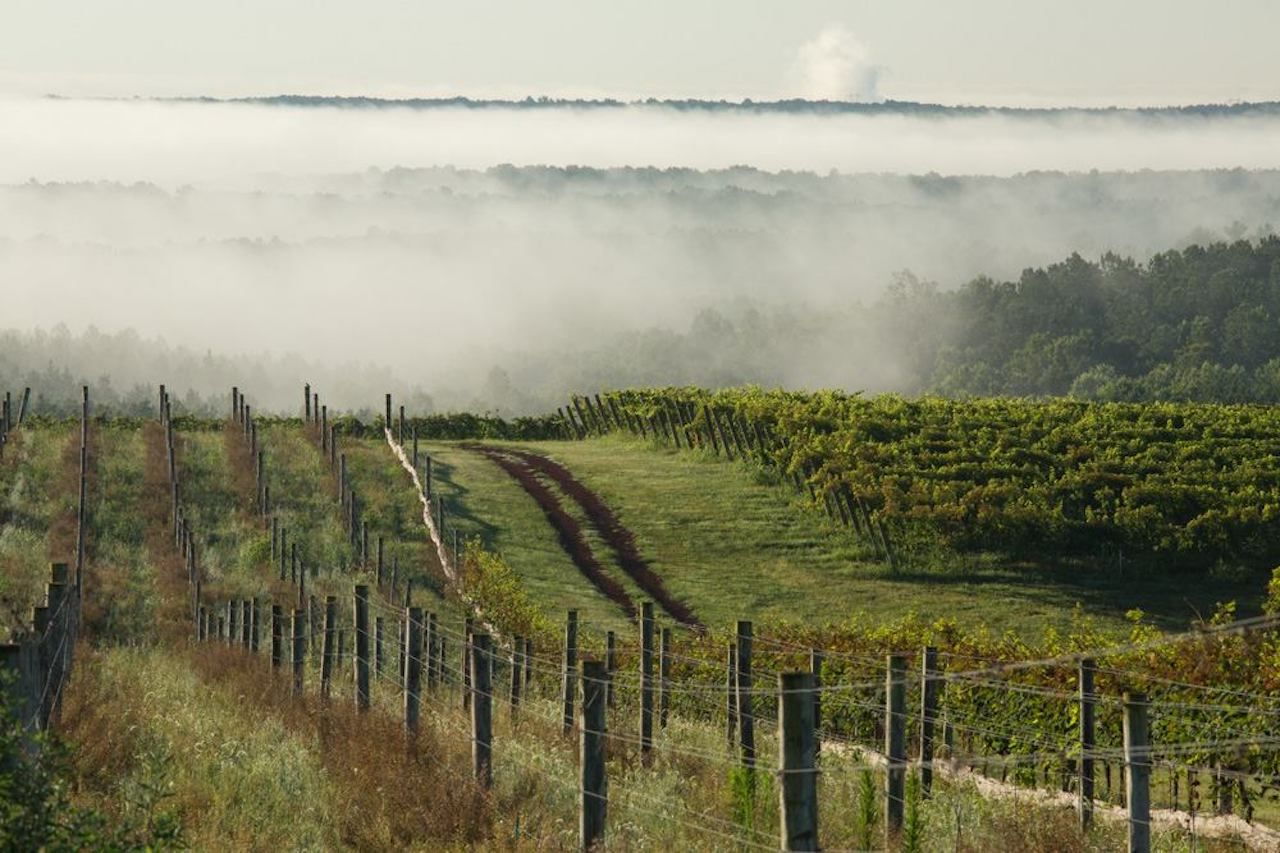 Virginia is an important stop on any countrywide wine road trip, and Blenheim Vineyards is where to start in the state. The Dave Matthews-owned winery is run by winemaker and general manager Kirsty Harmon, who has experience making wine around the world and is open to experimenting in America’s oldest wine region. Visit for the wines made from Virginia grapes, stay for the beautiful (and sustainable) winery building. Blenheim Vineyards is about 20 minutes outside of Charlottesville proper, and the vineyard grows chardonnay, viognier, cabernet franc, petit verdot, and cabernet sauvignon.