Drinking wine means sipping on a resource-intensive beverage. Much of the wine made today takes excessive water to produce, as well as pesticides. Getting the wine to the consumer involves shipping heavy glass bottles around the world in refrigerated containers. However, in Champagne, one of the most celebrated wine regions in the world, sustainability is built into every bottle.

Comité Interprofessionnel du vin de Champagne (CIVC), the governing body of Champagne, has long faced climate change head on. The CIVC made Champagne the first wine region to look into the carbon footprint of wine in 2003, and it has since guided the sustainability efforts for grape growers and producers in the region.

CIVC-backed research encourages wineries to use biodiversity to fight pests rather than insecticides, and capitalize on new technology that can create a meter-by-meter heat map of vineyard plots to help guide water usage and optimum harvest dates. One-hundred percent of grape byproducts in the region go to cosmetics companies or distilleries for neutral alcohol, and 90 percent of waste is recycled or used to produce energy. Wineries in the region also use thinner, lighter bottles that can withstand the pressure of bubbly Champagne — no easy task considering each bottle holds between 70 and 90 pounds of pressure, more than the pressure of a car tire.

In the long term, the Champagne region plans to cut carbon emissions by 75 percent by 2050. Since 2003, Champagne has cut the carbon footprint per bottle by 20 percent. And while the region as a whole is making strides, the movement to combat climate change is being led by small grower-producers.

Arguably, the turn toward sustainable winemaking practices might have begun in the 1960s, when the Champagne house Leclerc Briant stopped using pesticides. It went biodynamic — meaning it encourages biodiversity on the vineyard and doesn’t use chemicals on the vines or in the soil, among other things — in the 1990s. Today, Leclerc Briant is a model of what sustainability and natural winemaking methods can achieve even in a region with challenging climate conditions.

Champagne producers like Leclerc Briant are both highly visible and popular on the world stage. Their actions don’t just benefit the environment, but also make a statement to other winemakers that combating climate change is a priority. Yet many are slow to adopt sustainability measures: French vineyards cover just 3 percent of agricultural land, yet use 20 percent of the pesticides, according to the wine publication Decanter. But when it comes to climate change and sustainability, every little bit of change helps. 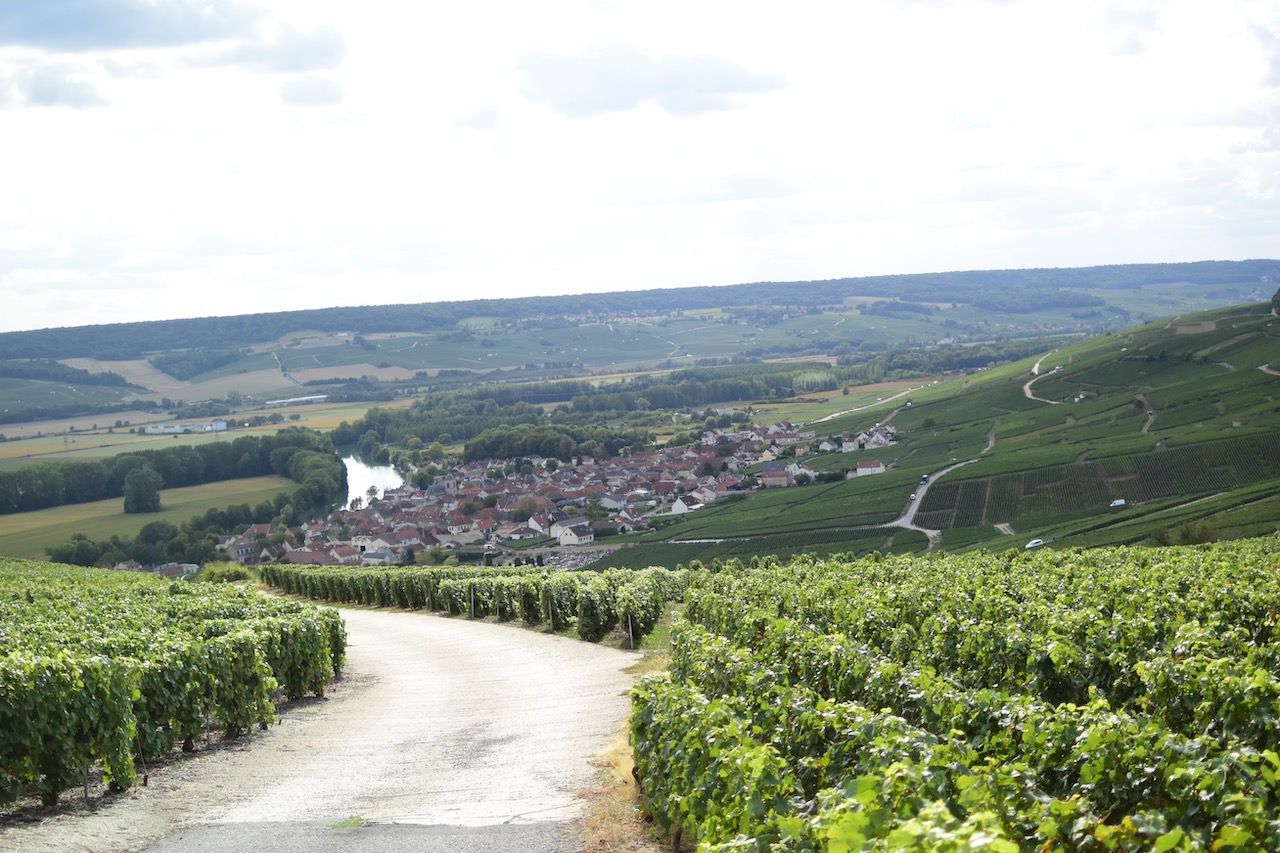 In a United Nations meeting in December, secretary general António Guterres told the United Nations Framework Convention on Climate Change that humanity is at a major crossroad.

“Do we really want to be remembered as the generation that buried its head in the sand,” he asked, “that fiddled while the planet burned?”

Guterres pointed to carbon dioxide levels, which reached 407.8 parts per million in 2018 — the highest in 3 to 5 million years. Business, agriculture included, is the most responsible for the rise in greenhouse gases, no matter how much well-intentioned advocacy groups try to shame you into saving the planet through personal choice, like using metal straws instead of plastic (just 100 companies are responsible for around 70 percent of global emissions). Guterres put it best when he stated at the UN meeting that, “We need a rapid and deep change in the way we do business, how we generate power, how we build cities, how we move, and how we feed the world.”

Part of why the Champagne region reacted to global warming early is because the fragile window of time that grapes are harvested each year is heavily impacted by a changing climate. Temperature swings mean that optimum wine-growing regions are changing. Parts of England are now in the climate range historically preferred by Champagne growers.

We’re in a “special moment,” says Eric Rodez of the biodynamic winery Champagne Rodez. “Not just for right now [globally], but also for Champagne.”

During a tasting and tour of his vineyard, he later told me that his responsibility is to respect the impact his actions now will have on the future. Change is inevitable, but whether that future change is good or bad depends on how we treat our current environment.

It will take drastic action from individuals and businesses alike to keep the worst of climate change projections from happening. A study in the journal Nature found that the climate tipping point is 1.5 degrees Celsius, or half a degree lower than the 2 degrees set by the 2015 Paris Agreement, and half of the 3 degrees economists say is optimal from a cost-to-benefit perspective. 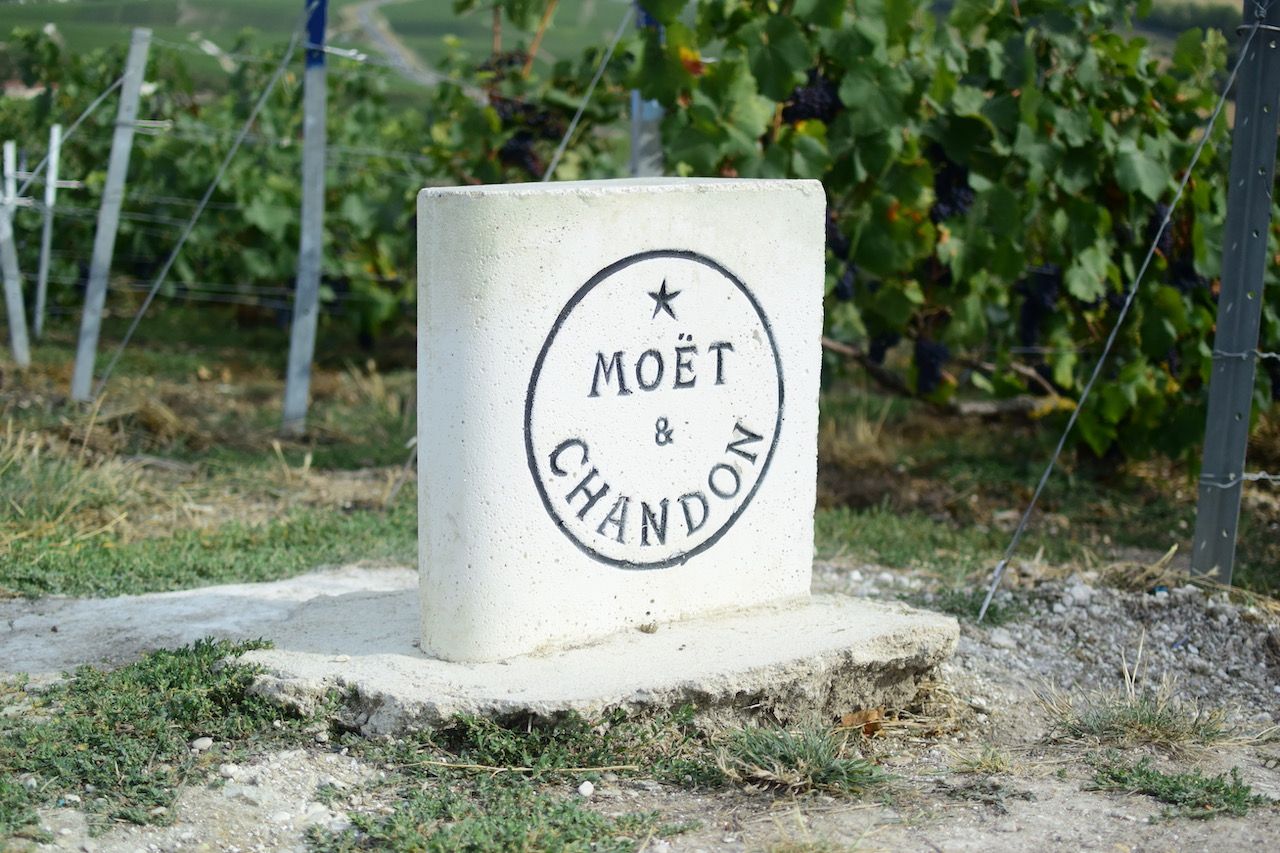 While Champagne has been a leader in the field, there is still much work to be done. According to the CIVC, 20 percent of Champagne vineyards have an environmental certification. Just 15 percent have the most rigorous sustainable viticulture in Champagne certification, which covers 120 sustainability measurements of water use, biodiversity, and carbon emissions. Crucially, large brands like Moët Hennessy that make and export most of the Champagne consumed around the world have qualified for the most stringent certifications since 2014.

Champagne’s achievements put this wine in a rare class of food and drink sustainability. Over the past 15 years, Champagne’s carbon footprint has been reduced by 20 percent per bottle, and 90 percent of industrial waste is recycled while 100 percent of wine byproducts are treated and recycled. The goal for the CIVC is to have 100 percent of the Champagne region certified as sustainable viticulture by 2030, zero herbicides used by 2025, and a carbon footprint reduction of 75 percent by 2050.