I’ve always been amazed by the fact there are some countries where beer is cheaper than water, something I discovered while I was studying abroad in Prague (yes, the Czech Republic is — or at least used to be — one of those countries).

What are other price differences and cool facts about popular drinks in other countries? The guys at CupoNation Australia travelled around the world and compared the prices of the 5 most popular beverages in 20 different countries. They collected the average prices of a can of beer, energy drink and cola, and of a bottle of mid-range wine and vodka, using local supermarket prices as their starting point. 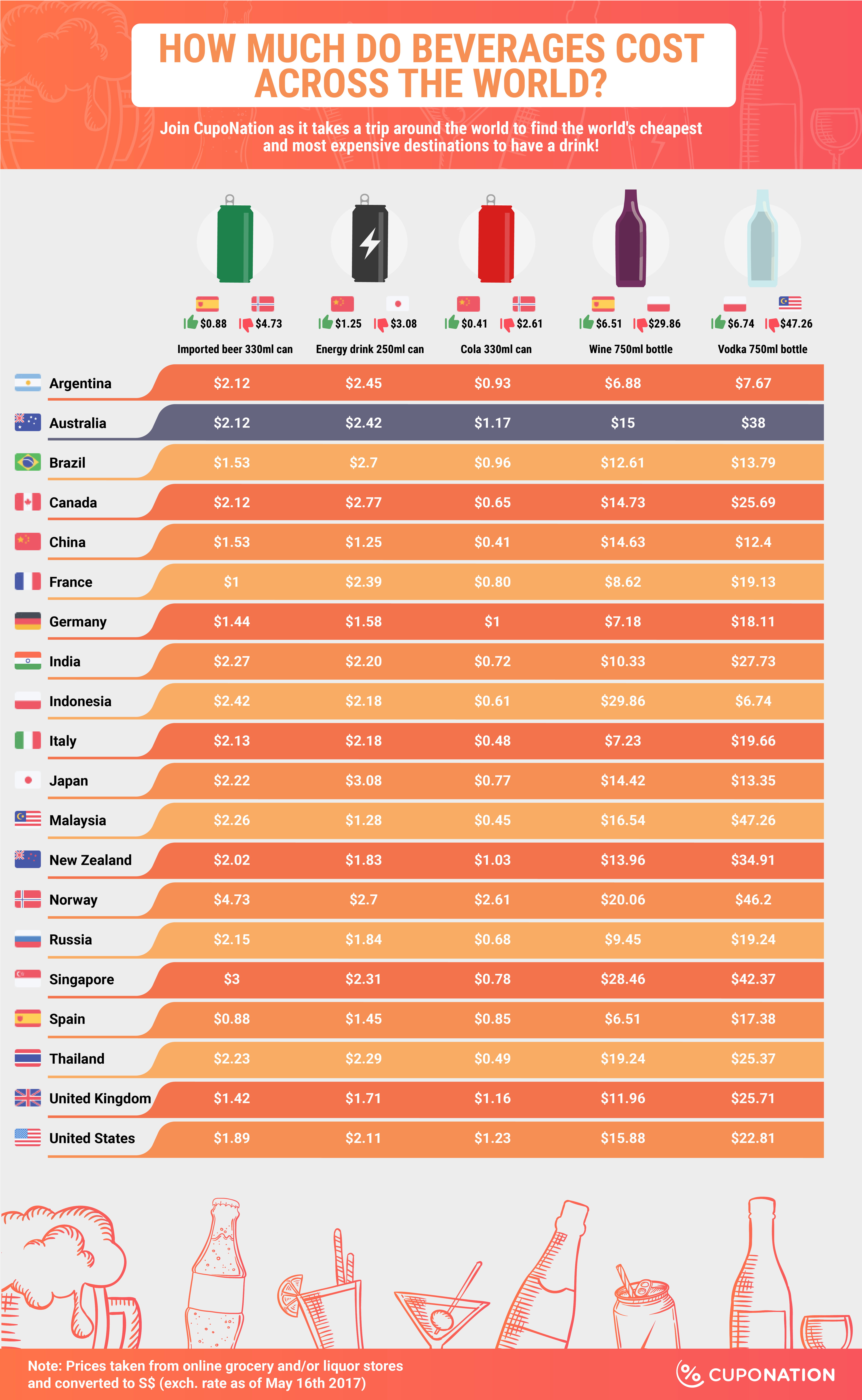 Travel5 insane drinking games from around the world
Tagged
Food + Drink Maps + Infographics
What did you think of this story?
Meh
Good
Awesome