In Chile, local legend tells how that land came to be. In the beginning, God created the world and all its natural wonders. When he finished, he realized he had many leftover pieces: oceans, rivers, mountains, lakes, deserts, rocks, glaciers. Rather than let them go to waste, God put them all together and cast them off to the most remote corner of the world. And so Chile was born.

Spend enough time in Chile and you’re sure to understand how this myth arose. The South American country has many incredible and diverse landscapes to explore, most of them miraculously untouched. And yet year after year most travelers visiting Chile will flock to one destination above all others: Torres del Paine National Park in southern Patagonia. And while this wonder of the natural world is certainly deserving of attention, traveling to Chile just to see the Torres is like going to the Louvre just to see the Mona Lisa.

In 2012 I had the privilege to live in a lesser-known part of Chile, the Lakes Region, or Región de Los Lagos. While it receives comparatively little international attention, this gateway to Patagonia has everything an adventure traveler could want and is much more accessible than the far-flung Magallanes Region that holds Torres del Paine. 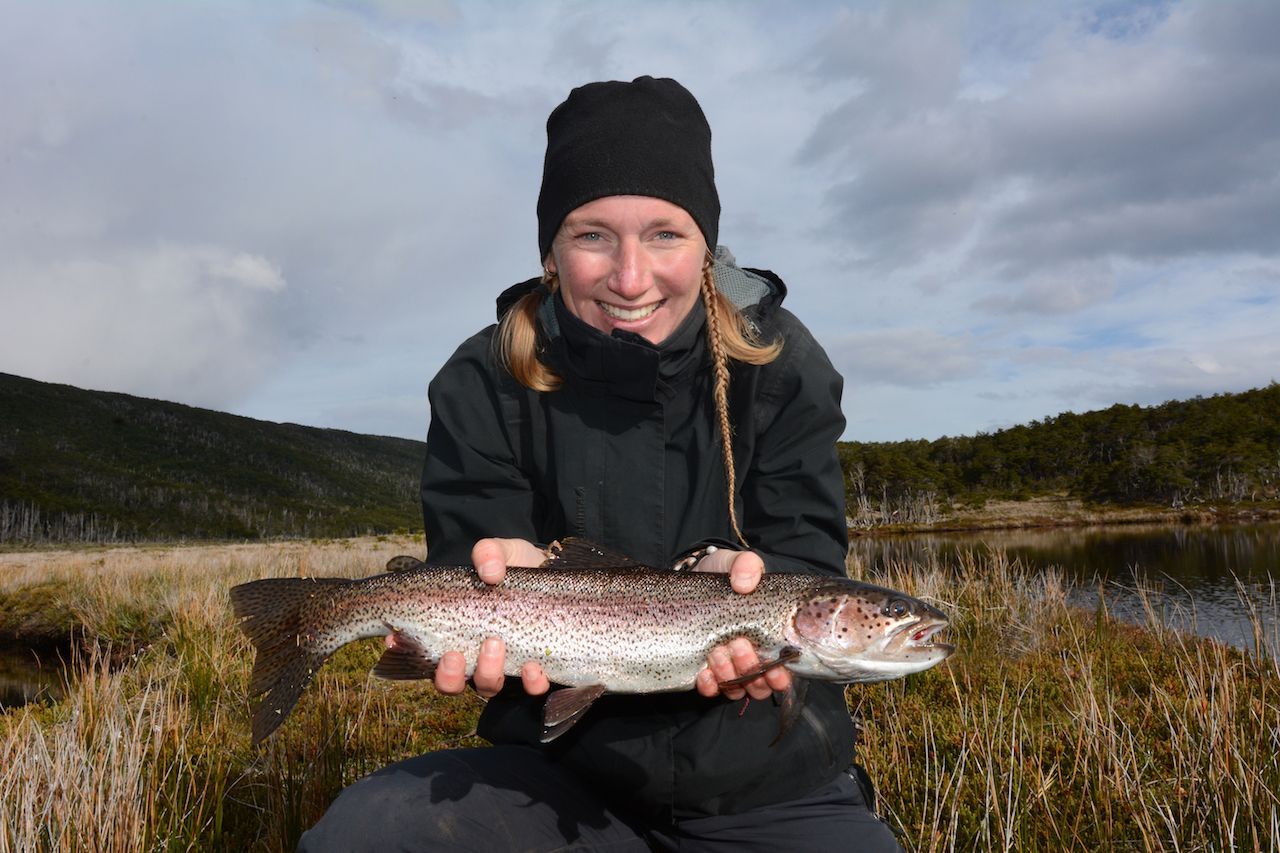 If you’re an angler, you’ll be shocked to see how empty the gorgeous rivers and streams of southern Chile are. This is not for lack of fish. While trout are not native to Patagonia, they have been thriving both in size and in numbers since being introduced in the early 20th century. The main problem here is access; the best trout waters in Los Lagos are big rivers in remote backcountry. If you’re looking to land a fat trout, it’s best to go with a guide.

Most guided trips are likely to be pontoon floats where you’ll be chucking massive streamers on sinking lines. We booked a trip through Tres Ríos Lodge to float the Río Maullín, which winds its way from Lago Llanquihue westward to the ocean. The all-day float included all the equipment we needed; an expert guide to paddle the boat, rig up our lines, and land fish; and even a riverside lunch complete with a couple bottles of Chilean wine. As we looked at the land around us, we saw no other soul — just some cattle grazing in nearby fields — and we were catching massive brown trout almost constantly. 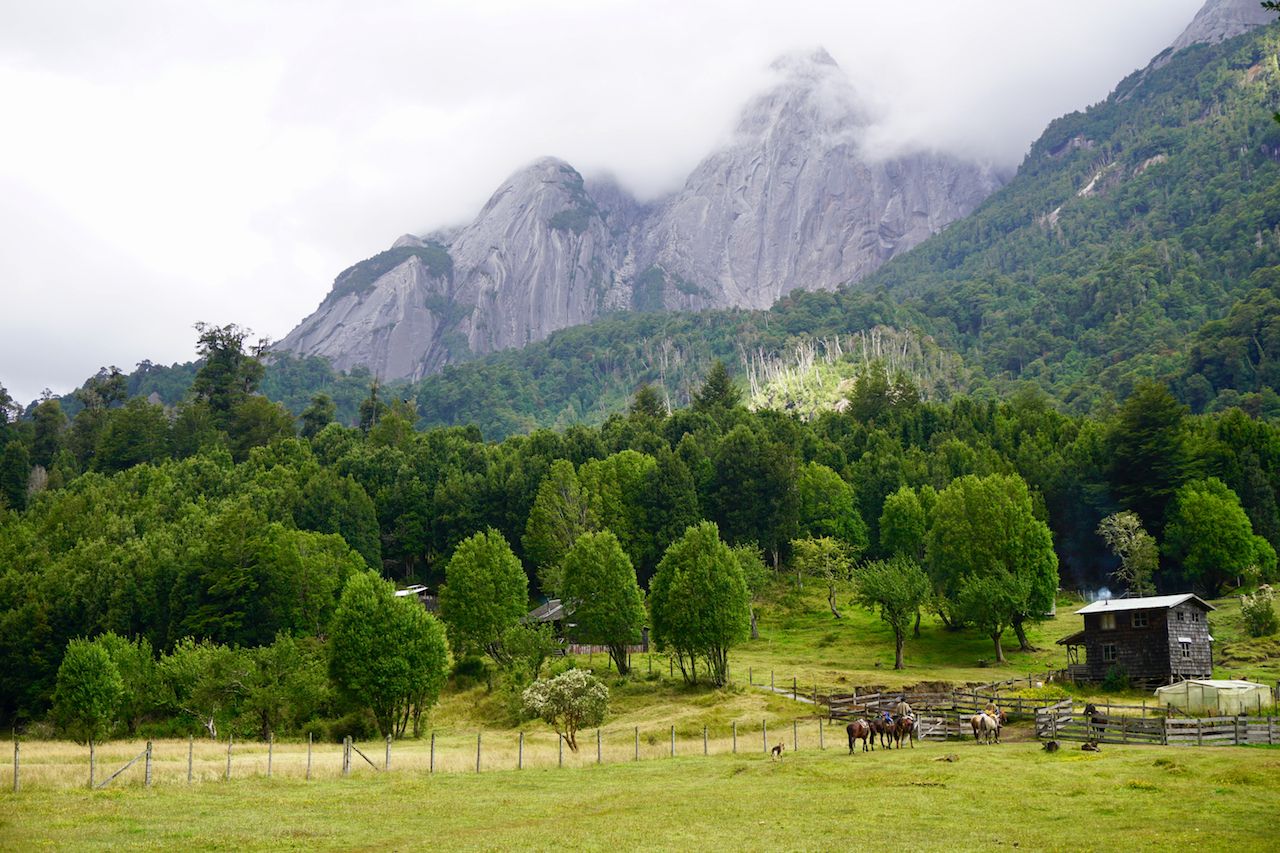 If the Cochamó Valley were in the United States, it would undoubtedly be one the most popular national parks in the country. Tucked deep in the Andes, just on the Argentine border, the Valle de Cochamó bears a striking resemblance to Yosemite. And much like Yosemite, the giant granite faces of Cochamó are a mecca for hundreds of rock climbers who flock to the valley every summer. Yet outside of the climbing community, this natural wonder is largely unknown to the outside world — including many of the residents of the Lakes Region.

This is mostly due to its intense isolation. There are no roads leading in or out of the valley from either side of the border. For over a century, the only route traversing the valley has been a cattle trail, which Argentine gauchos, or cowboys, used to drive their cattle to the Pacific to be shipped up north. Should you decide to visit the valley, you’ll need to set aside a full day to make the hike from the Reloncaví sound or enlist the help of a gaucho to outfit you with horses and pack mules. Upon arrival in the valley, you can camp in the common area called La Junta, or you can pay to stay in a refugio, or rustic shelter attended to year-round. From your base camp you can journey out to scale the giant granite faces, hike to sweeping vistas of the valley and the Reloncaví sound, or even continue on through the León pass all the way to Argentina.

Paddling the Islands of Chiloé 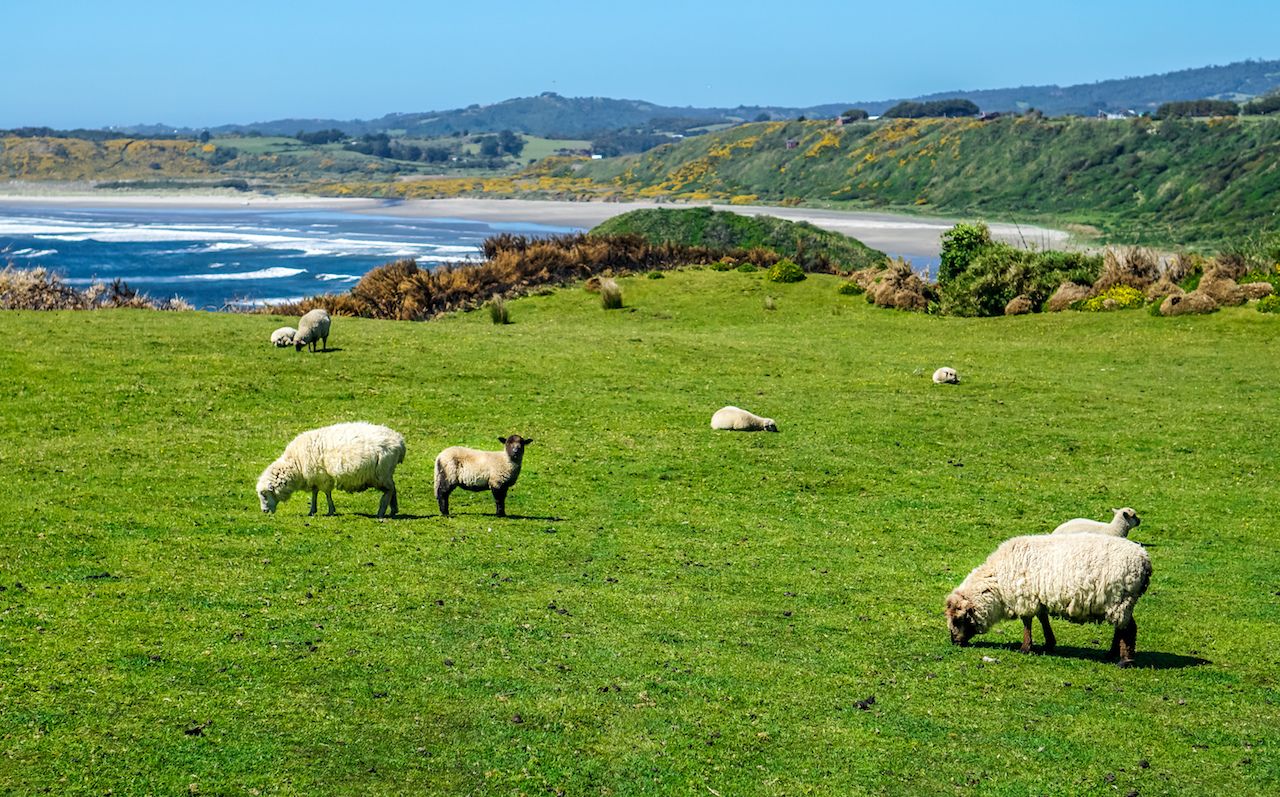 Located just 60 kilometers southwest of the city of Puerto Montt, Chiloé Island, or La Gran Isla Chiloé, is the second largest island in Chile and the fifth largest in South America. It is just one of dozens of islands that make up the Chiloé Archipelago, a bucolic region known for its rich culture and rolling pastoral landscapes. The island and its inhabitants, referred to as Chilotes, hold a special charm for the people of the Los Lagos region — probably because of the island’s isolation. Until very recently, the only way to reach the island has been via ferry. Regular flight service from Puerto Montt began in 2012, and a much-anticipated bridge is set to open in 2020. While these improvements in access are sure to bring more tourism to the island, the best way to see this unique area is from the water.

A number of outfitters around Chiloé offer sea kayaking expeditions, from half-day excursions to nearly weeklong expeditions. Traversing the quiet waterways that connect the islands of Chiloé, you will pass ancient moss-covered churches, soft green hills, and colorful stilted houses knowns as palafitos. You may even catch a glimpse of some marine wildlife including porpoises, sea otters, and even Humboldt penguins. No matter how long you paddle or where your journey takes you, don’t leave the archipelago without trying the island delicacy called curanto. A seafood boil traditionally prepared in a hole in the ground, this stew of meat, shellfish, potatoes, and vegetables is the perfect recovery food after a long day of paddling on the cold Pacific. 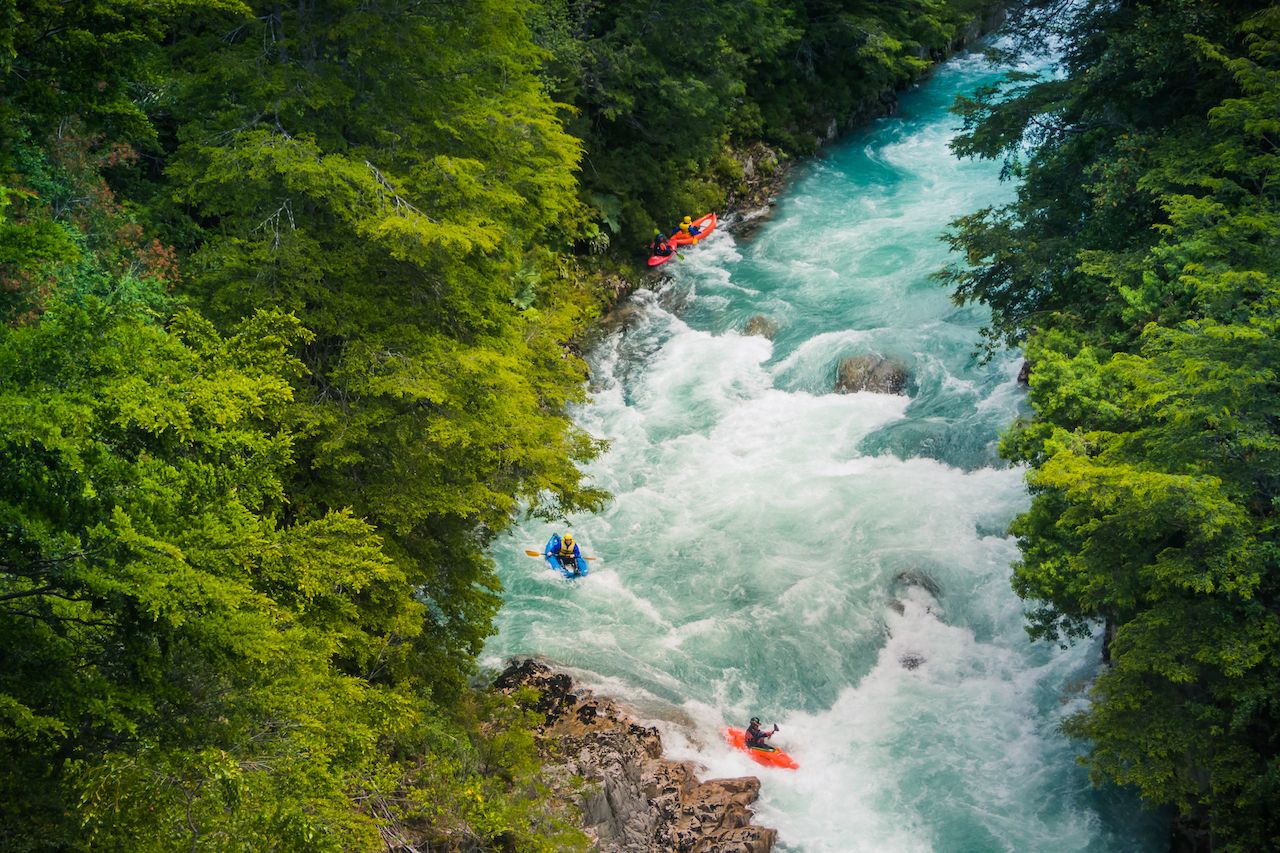 If you’re the type of traveler who needs an adrenaline rush, then you’ll want to make your way down to the southernmost reaches of Los Lagos to the Futaleufú River. Widely considered one of the best whitewater rafting rivers in the world, the Futaleufú (known commonly as the Futa) cuts a rumbling course through rocky canyons in the Andes into Yelcho Lake. This stretch of river alone fuels a thriving adventure tourism industry in the town of Futaleufú, and it’s can’t-miss water for hardcore paddlers and adrenaline junkies.

You won’t have any problems finding an outfitter for your trip, and you won’t be short of options either. The Futa contains class three, four, and five rapids. You can go on a trip as short as a half day or as long as nine days. Most outfitters will accommodate private floats, or you can hop on a boat with thrill seekers from around the world. And if the action on the river is too intense for you, don’t worry — there’s plenty of other things to do. Most outfitters that run whitewater trips also offer guided hikes, fly fishing, horseback riding, and mountain biking. 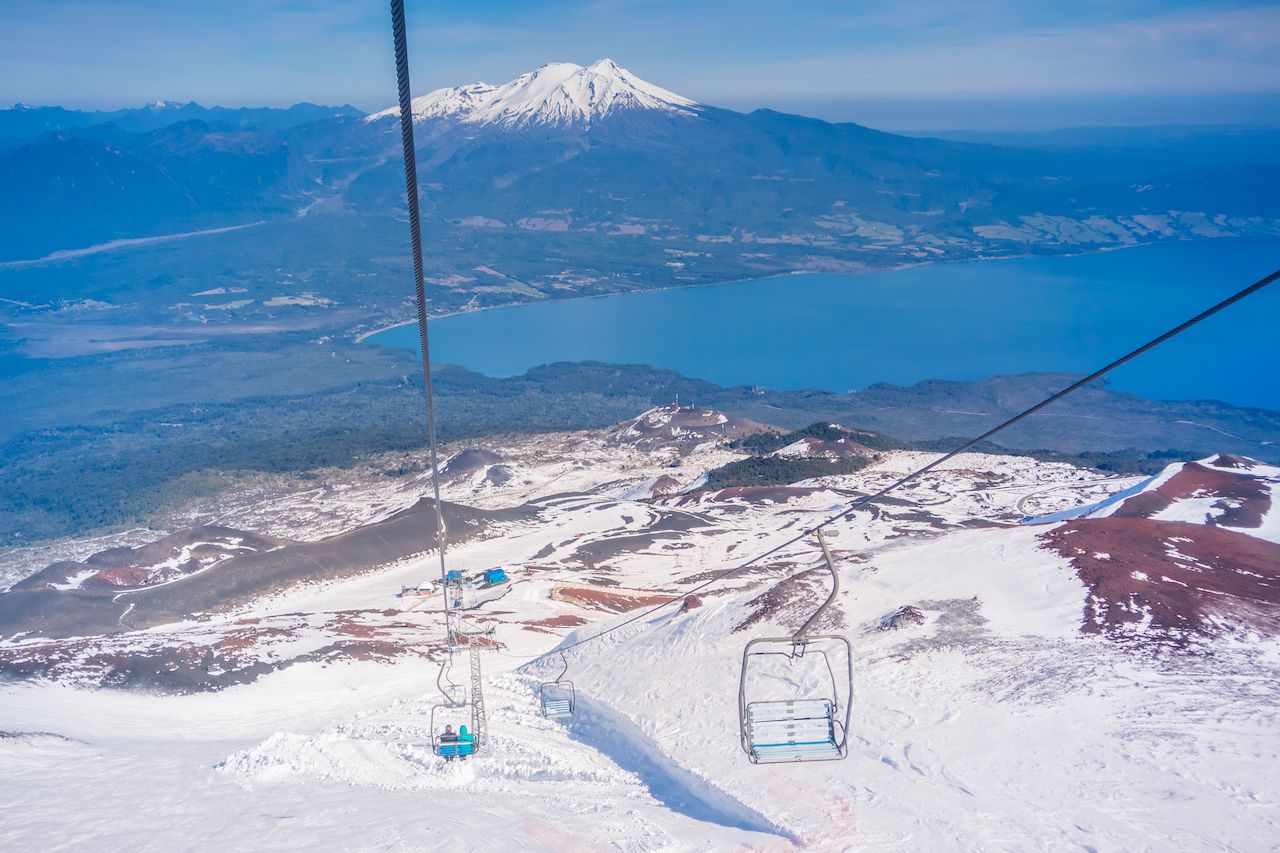 Ever been skiing on an active volcano? In Chile, you’ll have plenty of chances. Due to its position in the Pacific Ring of Fire, Chile is home to around 100 active volcanoes, many of which are at such high elevation that they stay snowcapped year-round. There are over a dozen in the Los Lagos region alone, including Volcán Calbuco, which captured the world’s attention when it erupted spectacularly in April of 2015.

Needless to say, there are no ski slopes on Calbuco. But its neighbor, the picturesque Volcán Osorno, is one of the most popular ski destinations in southern Chile. Just an hour drive from the popular tourist town of Puerto Varas, towering over the sapphire waters of Lago Llanquihue, Volcán Osorno Ski & Outdoor offers some of the most scenic skiing in all of Chile. And while the dozen runs offered may not keep you busy for days, the incredible scenery makes it worth it. If you’re not much of a skier, they also offer snow tubing and snowshoeing, and hiking is popular here in the summer.

TravelWhy Chile Is the Perfect Gateway Trip To South America
Tagged
National Parks Insider Guides Chile
What did you think of this story?
Meh
Good
Awesome