Across the world, the coronavirus pandemic is offering city planners a rare opportunity to rethink urban transportation to both accommodate social distancing and be more eco-friendly. Bicycle advocates are jumping at the chance to push for expanded cycling networks. From New York to Denver to Paris, which closed the Rue de Rivoli to cars on April 30, the world is undertaking a massive experiment in pedal power. It’s been a decisive win so far. 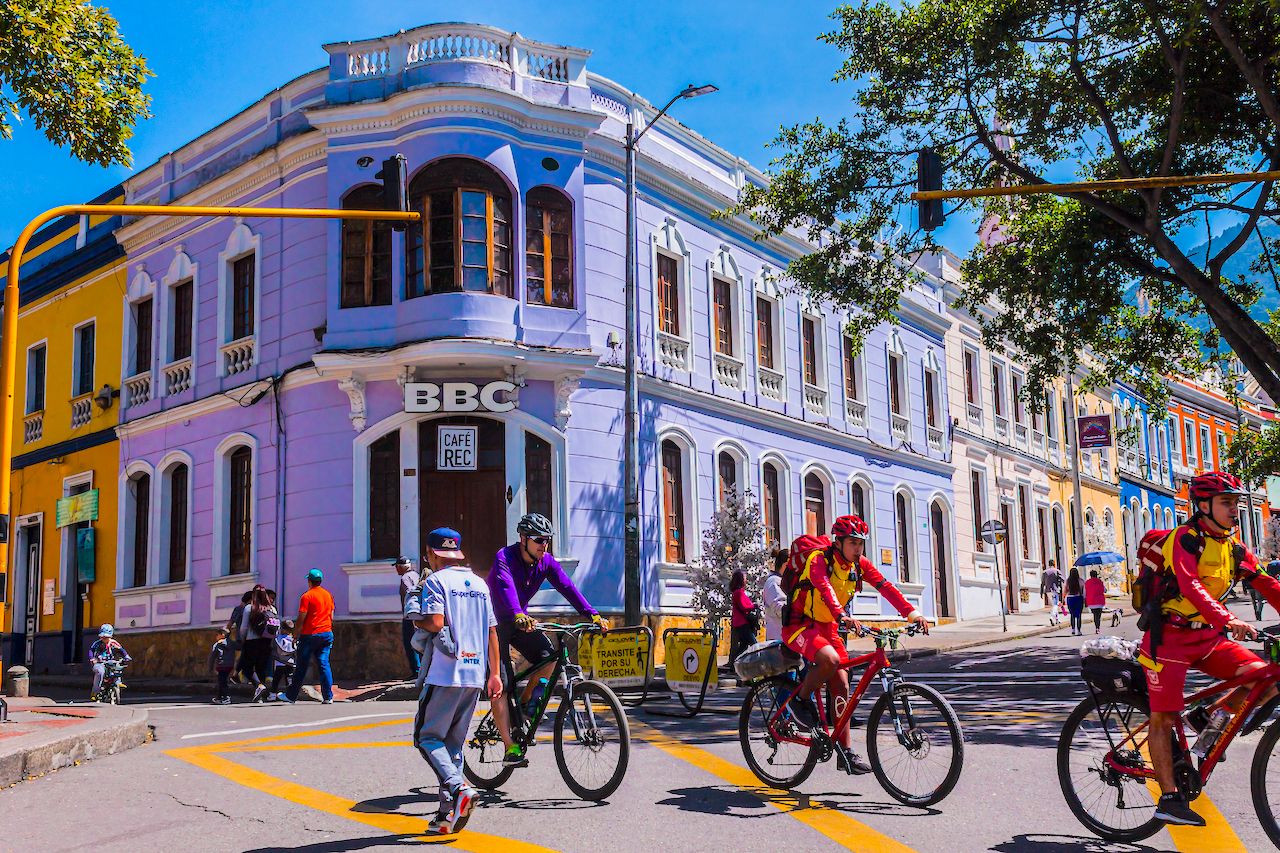 Finding what works for individual cities will take cooperation between local governments, citizens, and advocacy groups. New Zealand was the first to use this line of thought during the pandemic, with its federal government agreeing to help urban areas fund temporary bike lanes in cities across the country.

Bogota, the sprawling capital of Colombia, has for years shut down a major thoroughfare each Sunday, opening the road to bikes, joggers, street musicians, and vendors. It’s a weekly ritual that draws tens of thousands of people. The city has since added an additional 72 miles of temporary bike lanes to serve bikers during the pandemic. Mexico City hosts the same weekly bike ritual, and both cities have some of the strongest networks of urban bike lanes among Latin American capitals.

In Europe, France is actually putting cash into the pockets of citizens who agree to bike commute. Last week, Reuters reported that the federal government will pay 50 euros ($54) per person to help cover bike maintenance costs. The $22 million initiative will also go toward installing new bike lanes and promoting cycling safety. This approach could prove beneficial both environmentally as well as economically, as that $50 is likely to be put directly into bicycle shops and maintenance equipment. 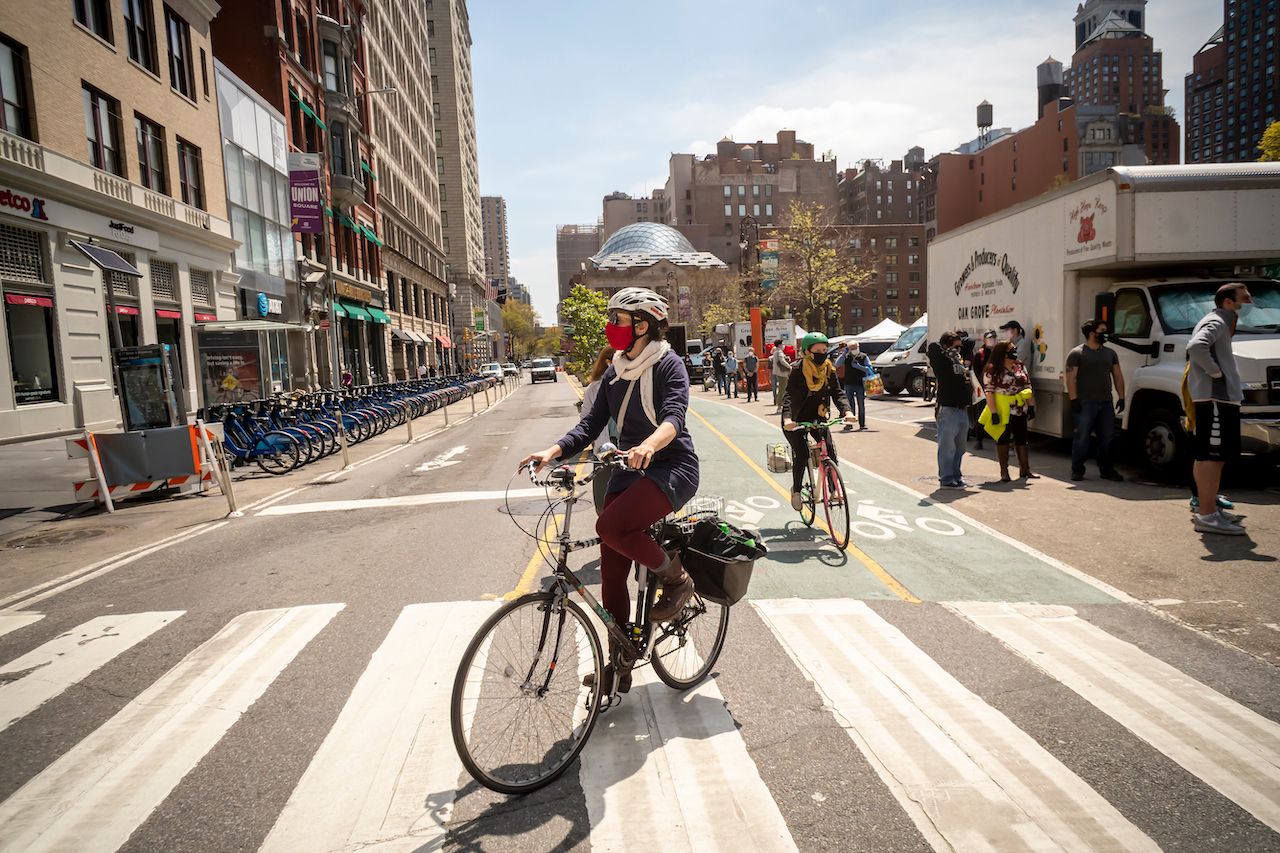 In the US, New York City called off its initial initiative to close streets to vehicular traffic after 11 days, due to what Mayor Bill de Blasio said was an overwhelming need for police staffing to monitor the roads. “We did end up using up a lot of NYPD personnel that we don’t have to spare right now,” De Blasio said in a press conference. Now the city is trying again, closing off 40 miles this month, with an ultimate goal of 100 miles of cycle-and-pedestrian-first streets in the future.

In Pennsylvania, the city of Philadelphia closed MLK Drive, a major urban thoroughfare, to vehicular traffic in mid-March to open more space for pedestrians and cyclists to move about at a safe distance from one another. Denver, Colorado, has done the same in its densely populated Capital Hill and downtown areas. The city fully closed streets in parks to cars and has designated eight additional roads as “open streets.” Local traffic — which includes those who live and park along the street, as well as delivery and emergency vehicles — is allowed to access the roads, but general vehicular traffic is not.

Now, bike advocates in the city are working to make these changes permanent. Jack Todd, media and communications director with bicycle advocacy group Bicycle Colorado, said that the experiment happened in part through efforts by local advocacy groups as well as citizens. “Our Denver advocacy arm, The Denver Street Partnership, was one of the forces behind this,” Todd said. 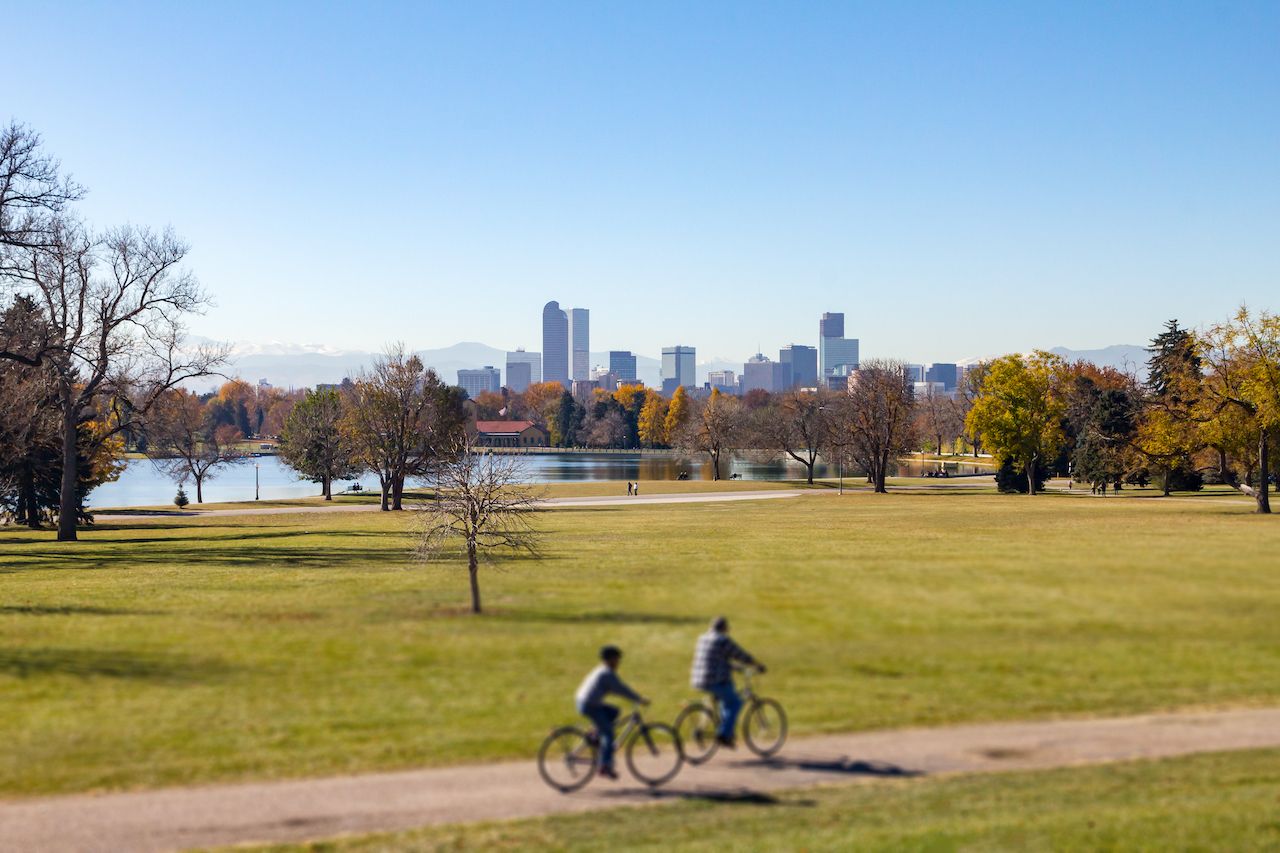 The experiment has been well received. Bikers and pedestrians have used the usually jammed streets for exercise and transportation. The roads have also served as a place for social interactions to happen at a safe distance. The success of the trial period is encouraging, Todd noted, because it gives the group leverage with the city in efforts to keep some Denver streets bike-first.

“The big thing is having these streets remain open after the pandemic,” Todd said. “The Denver Street Partnership has conducted a couple of surveys and the response has been overwhelming. Now, we have to keep this going.”

“There’s huge momentum to keep this in place for the foreseeable future,” said Jill Locantore, who heads the Denver Streets Partnership, reflecting on the partnership’s poll of almost 450 local residents about the “open streets” project.

“It’s an opportunity to use this as a study to monitor how the streets are performing, tweak them over time, and take those lessons learned to permanent improvements that we can make in the future to address accessibility, climate change, and other issues.”

Locantore said that nearly 90 percent of respondents want “open streets” to continue in post-pandemic life and that the number one request has been a more connected network of bicycle and pedestrian thoroughfares.

“We’re facilitating a conversation about how we can use these spaces to create open-air markets where restaurants and businesses can connect with their customers, to support commerce in a safe way even after the pandemic. Denver’s a good example of where this is really coming from the community, and the city is responding to what the people are asking for.”

A city hit hard by the pandemic sets the example 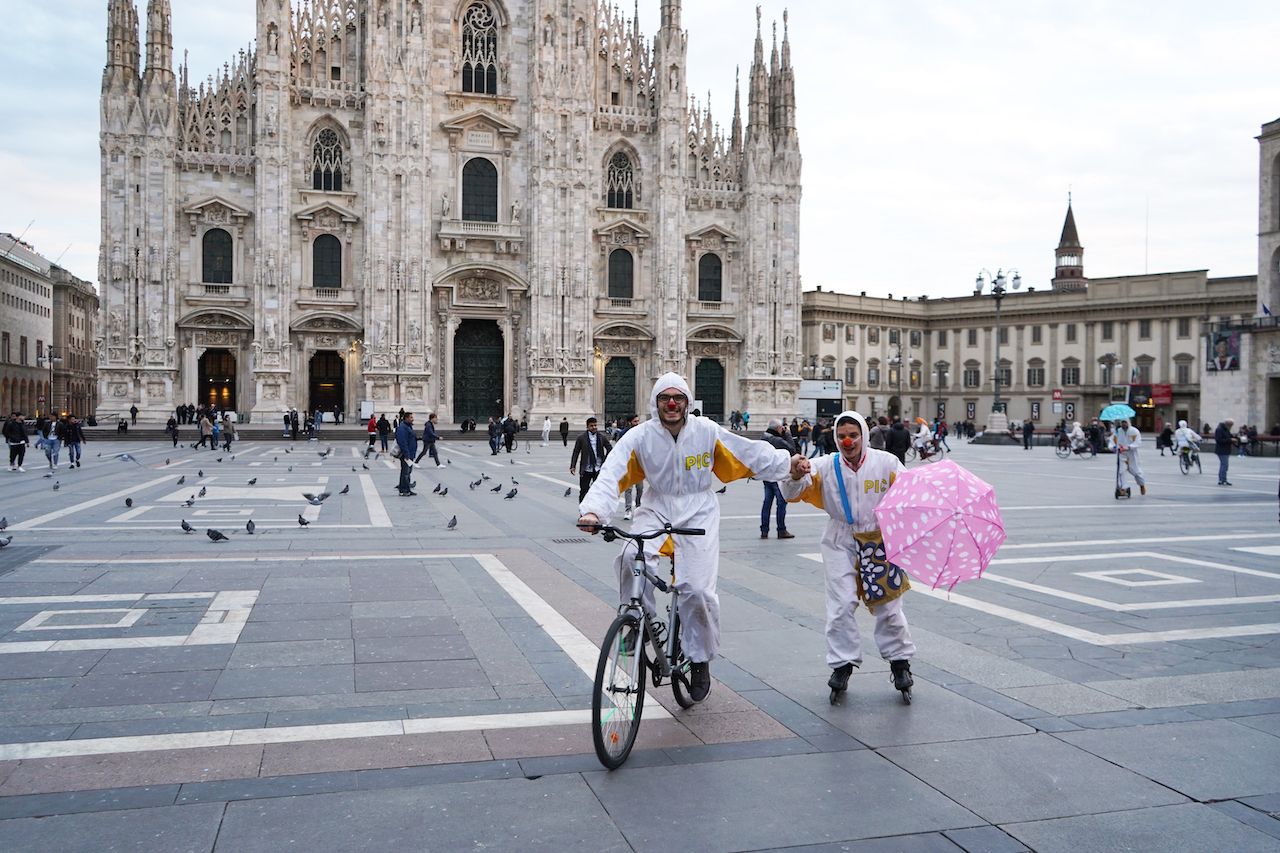 Cities like Denver and Philadelphia can look to Milan, Italy, for guidance. After experiencing near-total lockdown from March 8, the city — among the hardest hit by the pandemic — introduced a plan to convert 22 miles of urban roadway to prioritize bicycle and pedestrian traffic. The effort hopes to not only decrease congestion in Milan’s urban core, but to encourage residents to get into the habit of biking and walking for shorter commutes rather than instinctively hopping into their car.

How you can help bring better bicycle infrastructure to your town 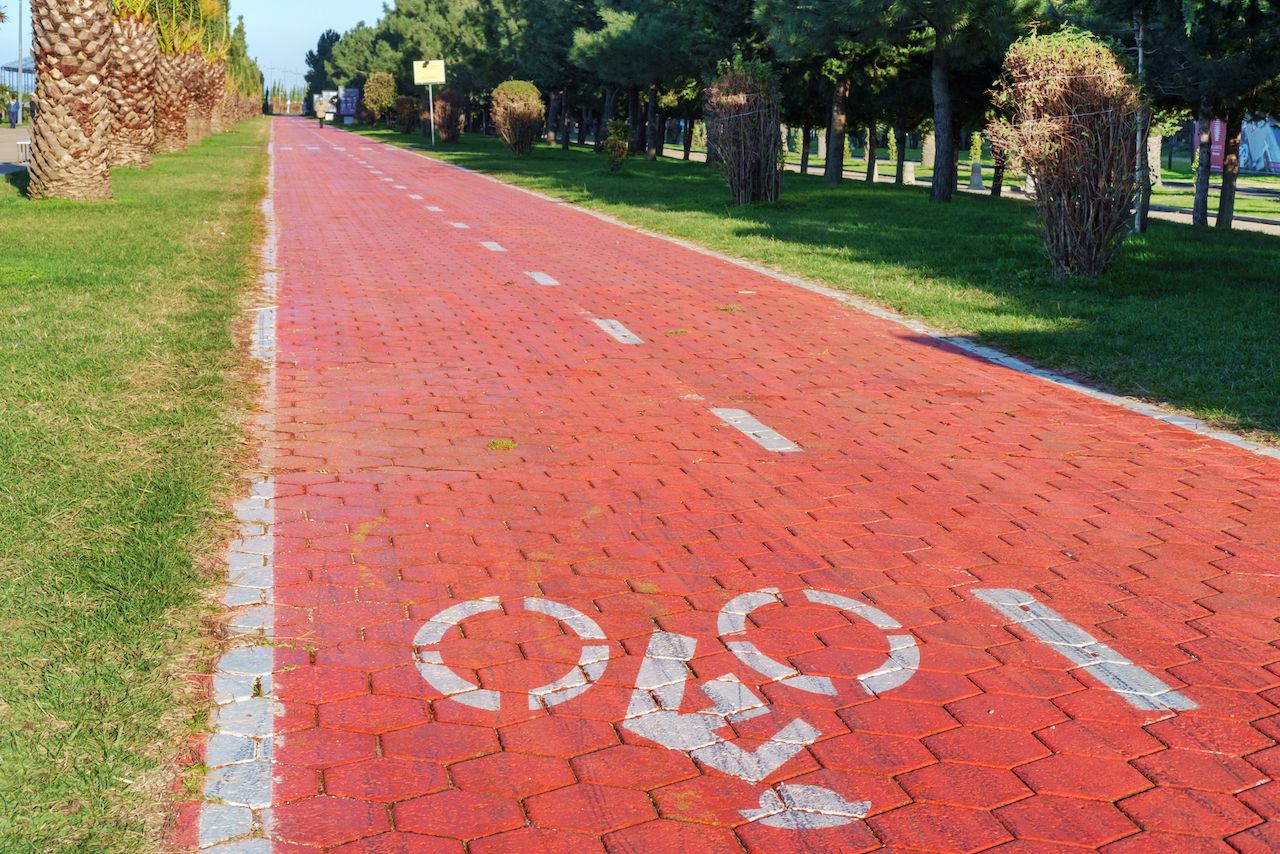 To encourage increased bicycle infrastructure in your city or town, start by identifying whether or not a local bicycle advocacy group — such as Bicycle Colorado — exists. These groups are typical nonprofits, meaning they survive on grants and individual contributions. Many offer annual memberships, which offer the benefit of keeping you up-to-date on happenings and progress with their advocacy work. If there isn’t an advocacy group in your area, you can also start one — should you have a burning desire for change and a bit of extra time on your hands.

Another effective method is to contact your local elected representatives via email and explain why better bike infrastructure is a priority to you personally. Use cities like Bogota, Denver, and Milan as examples, and don’t be afraid to tell your story — adding a dose of personal flavor into your email goes a long way.

CyclingCycling Solo Across the USA Is More Doable Than You Think
Tagged
COVID-19 Cycling
What did you think of this story?
Meh
Good
Awesome