This past summer, I crossed the United States on my own by bicycle. While I’ve done a lot of solo travel and long-term international travel, this was my maiden voyage into the world of bike touring. It was rich with all the elements of a great adventure, including discovery of new places, meaningful exchanges with locals and fellow travelers, immersion in remote areas, and physical challenges. I just wish I’d discovered this mode of travel sooner.

Now, I’m an evangelist for travel by bicycle.

Yet as I preach the good word of bike touring, I’m met with a lot of skepticism. While it may not be for everyone, one of my biggest lessons from the road is that this is more within reach than most people imagine. If an everyday gal like me with an everyday bike like mine can pedal her way across America, then anyone else with a moderate amount of fitness, wits, and guts can do it as well.

While many other parts of the world are arguably even more friendly to bicycle travel, I’ve only cycled in my home country of the US. Here are the ways America opens its arms to touring cyclists — even newcomers like me.

America is full of backroads and rural highways. 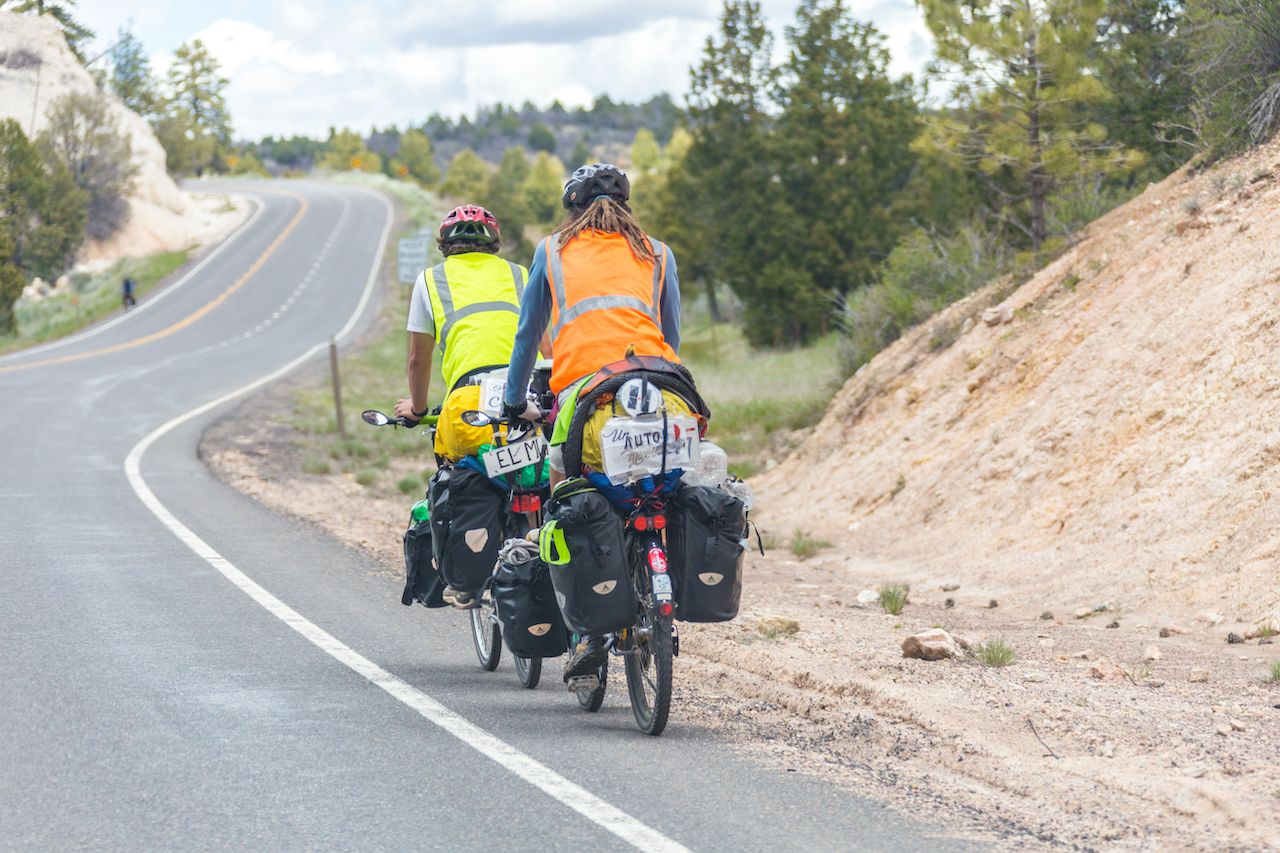 Bicycle tourists either stay on pavement, adventure onto gravel and trails, or mix the two. I stuck to paved roads, which are in no short supply in rural America. The best roads for cyclists are backroads and rural highways with a decent shoulder and not too much traffic.

Seasoned bicycle travelers like to find their own routes using mapping tools like Google Street View and Bicycle Route Navigator. Other resources for routing a bike adventure in the USA are the US Bicycle Route System and the Rails to Trails Conservancy.

First-timers like me, however, might want to opt for an established route that has been mapped and traveled for decades. I chose the classic TransAmerica Route, which is one of the most popular ways to cross the US on bicycle. According to the Adventure Cycling Association’s estimates, around a thousand people cross the US on the TransAmerica Route each summer. The ACA has been maintaining maps of this route since 1976 — as well as a network of 48,000 miles of North American routes to choose from. 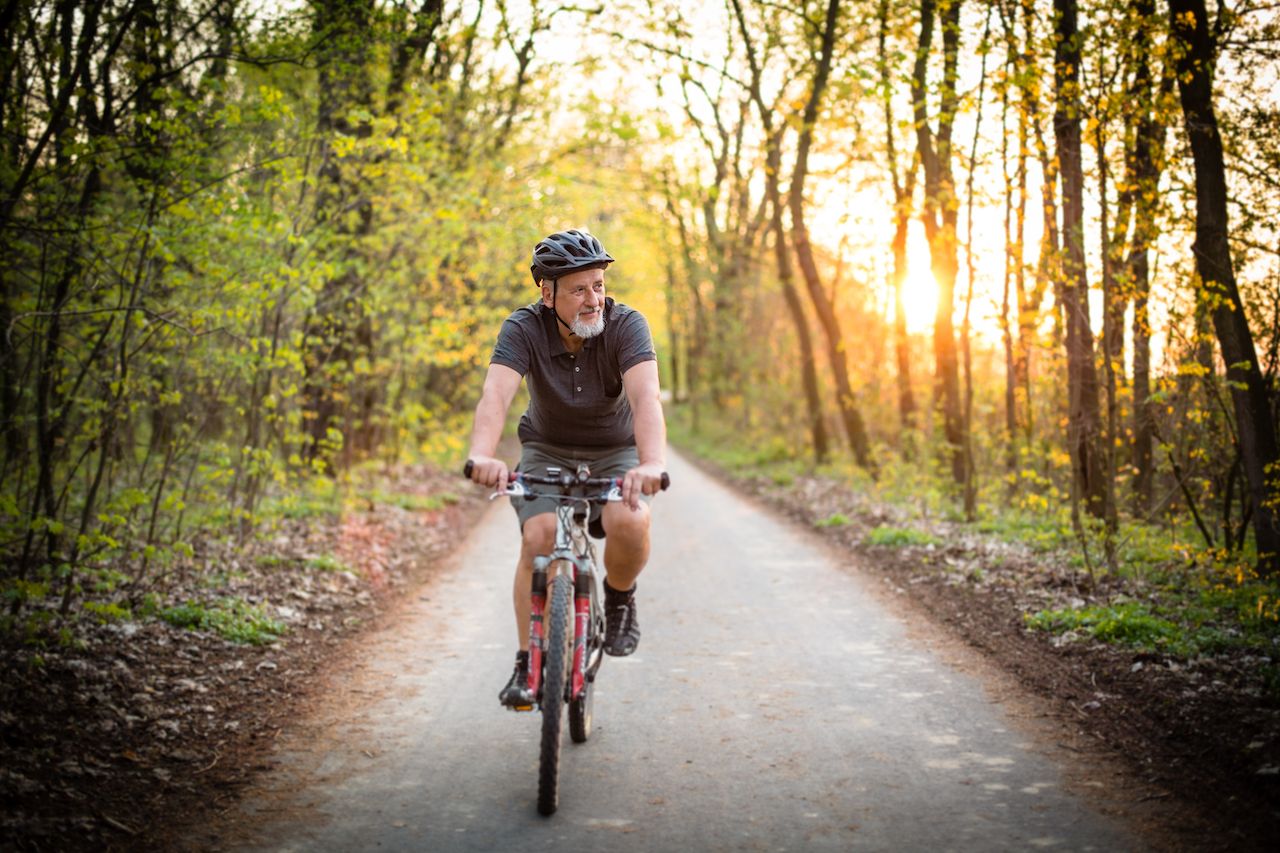 On a paved bike tour, you’ll meet fellow bicycle travelers of all ages. This was one of the happiest surprises from my journey. In Oregon I met a group of college-age camp counselors who were aiming to cross the country before the fall semester began. In Virginia, I met a group of three retirees, still fit and vivacious in their 60s as they ticked a different classic route off their bucket list each summer.

In the middle states, I crossed paths with a handful of middle-agers. Quinn from Maryland was celebrating her 50th birthday with a bike tour. Steve, a pastor from Ohio, had arranged a sabbatical for himself in his late 40s. At age 35, I felt neither too old nor too young to be bike touring.

It’s less expensive than it sounds. 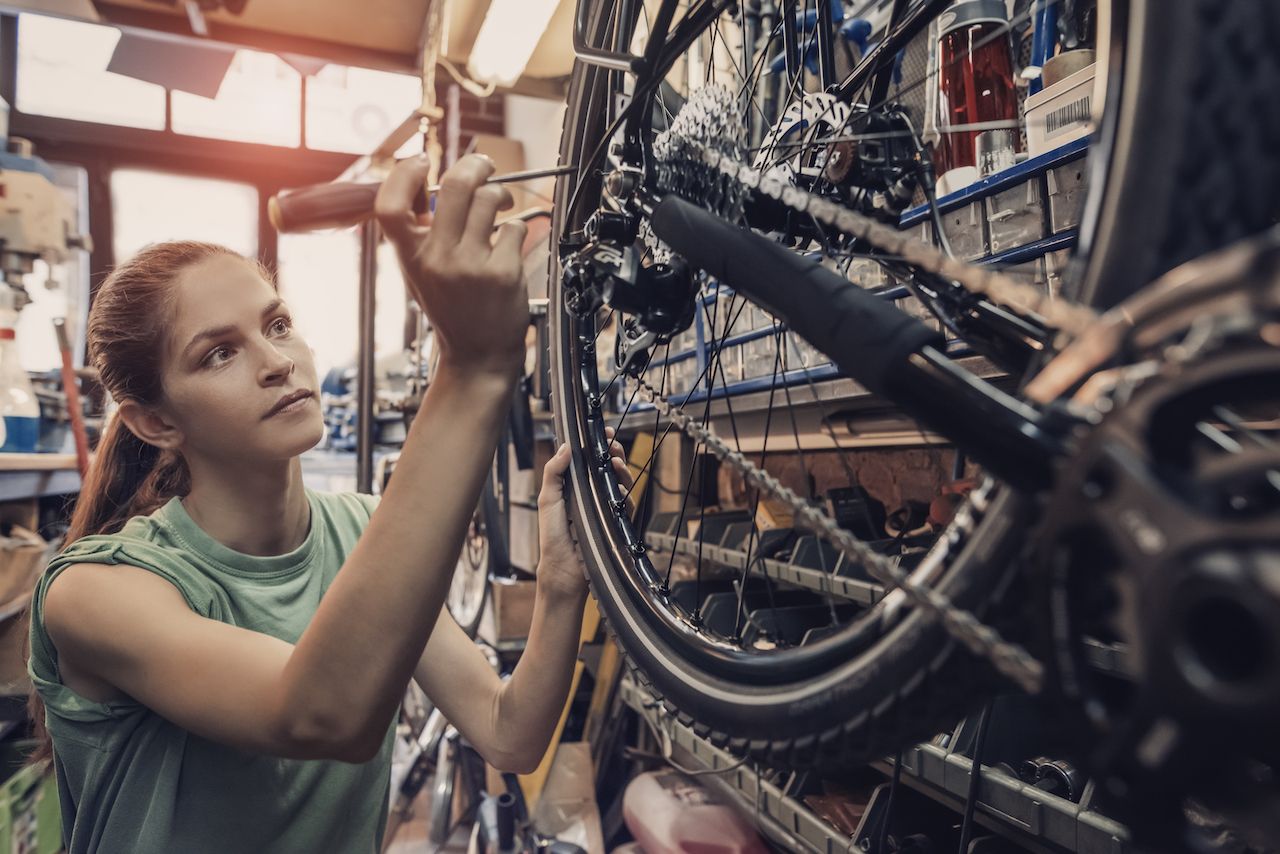 While most bicycle sports are known for pricey gear and affluent participants, adventure cycling attracts a scrappier, more minimalist crowd. It teaches you to pare down to the basics, carry what you need and nothing more. Once I was traveling and essentially living in a tent, daily costs were actually lower than day-to-day life in the city.

The most expensive part of the ride was gearing up for it. To keep it affordable, I adapted my everyday road bike — a Giant OCR-3 W, which retails for $650 but that I bought five years ago on Craigslist in almost-new condition for $325 — with the help of Bikes Together, a wonderful bike co-op in Denver. We upgraded or added a touring rack; bottom bracket and crankset; back and front derailleurs; the brake pads, brake cables, and housing; the shifter cables and housing; and the pedals and chain. I went for thicker, more durable tires, adding water bottle cages, tape on the handlebars, and a customized license plate.

I then accumulated the panniers (saddle bags) and, little by little, the gear. This included a bike lock, flat tire repair kit, bike pump, and bike tools. For camping out, I had a tent, sleeping bag, pillow, two mats, and cookware. I also brought toiletries, clothing with extra layers, a phone and tablet, helmet, sunglasses, and sunscreen.

I kept a careful budget and stuck to it. At the end of the trip, I crunched the numbers of everything from ride stats to money spent. Daily expenditure on lodging averaged about $9 per day, and total daily expenditure came out to about $24.

People from all over the world do it. 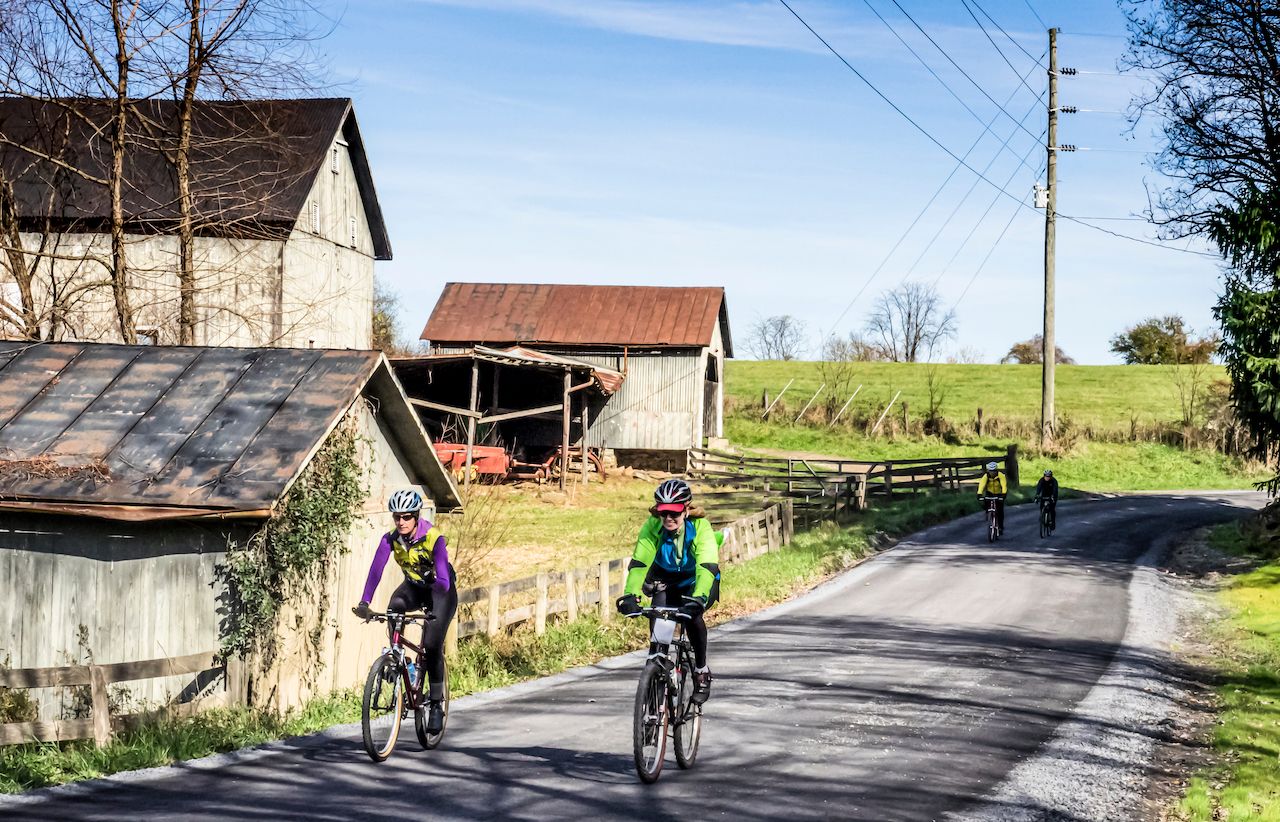 You’ll meet as many foreigners as Americans bike touring in the USA. It’s especially popular among Europeans and Brits. Bernard, a fellow TransAmerica cyclist from the Netherlands, explained to me that our route is famous in his bicycle-centric country. A Dutch journalist who joined the original mass-ride in 1976 popularized it, chronicling the adventure in a bestselling Dutch coffee table book. It’s up there with hiking the Inca Trail to Machu Picchu on their iconic trip bucket lists. Holland is probably the most well-represented country on the route.

I also noticed a healthy population of Brits on the TransAmerica. On one 90-degree day in Kentucky, two shirtless guys on bikes emerged from the heat ripples like a mirage. They were headed west and I was headed east. We stopped to chat and compare notes, and by then I knew to expect their British accents. Even though I was in my own country the whole time, the foreigners gave it a “world travel” flavor.

American hospitality will astound you. 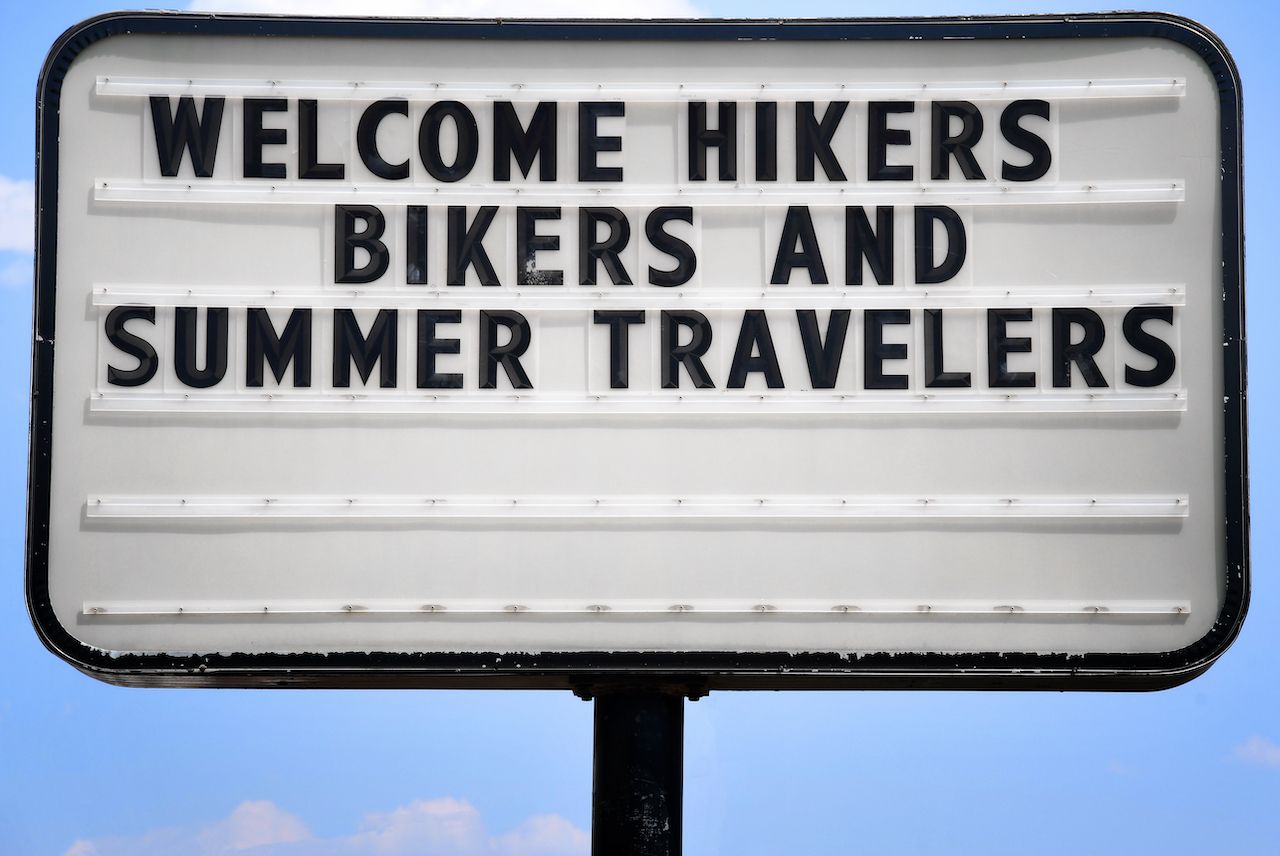 It took me several months to persuade myself that I was capable of a big solo bike tour. Wouldn’t I get lonely? Could I afford to spend that much on lodging when I needed an alternative to camping? Warmshowers answered these doubts. Free hospitality exchange is alive and well in the bike-touring community. I first signed up on the Warmshowers network as a host in my home city, taking in three foreign cyclists the summer before my own ride. Then it was my turn. I spent a total of 11 nights with 10 different Warmshowers hosts, each of them adding something very unique and local to the journey.

On top of that, small-town America showed me its warm hospitality in a fantastic mix of other ways. Cyclists like myself can often find shelter in the community centers of churches. I overnighted in eight different churches on my ride. I stayed in two different fire stations. Towns on busy bike routes like the TransAmerica will often open their parks to cyclists as a place to camp.

I stayed in hostels and hotels for 11 of the 75 nights of the ride, but I never made a hotel or campsite reservation more than a day or two in advance. Some people do a little more planning ahead on daily distances and destinations, but it’s all subject to change. I learned to let go, stay spontaneous, and trust that the route would accommodate me. And it did.

Food and services are abundant in America. 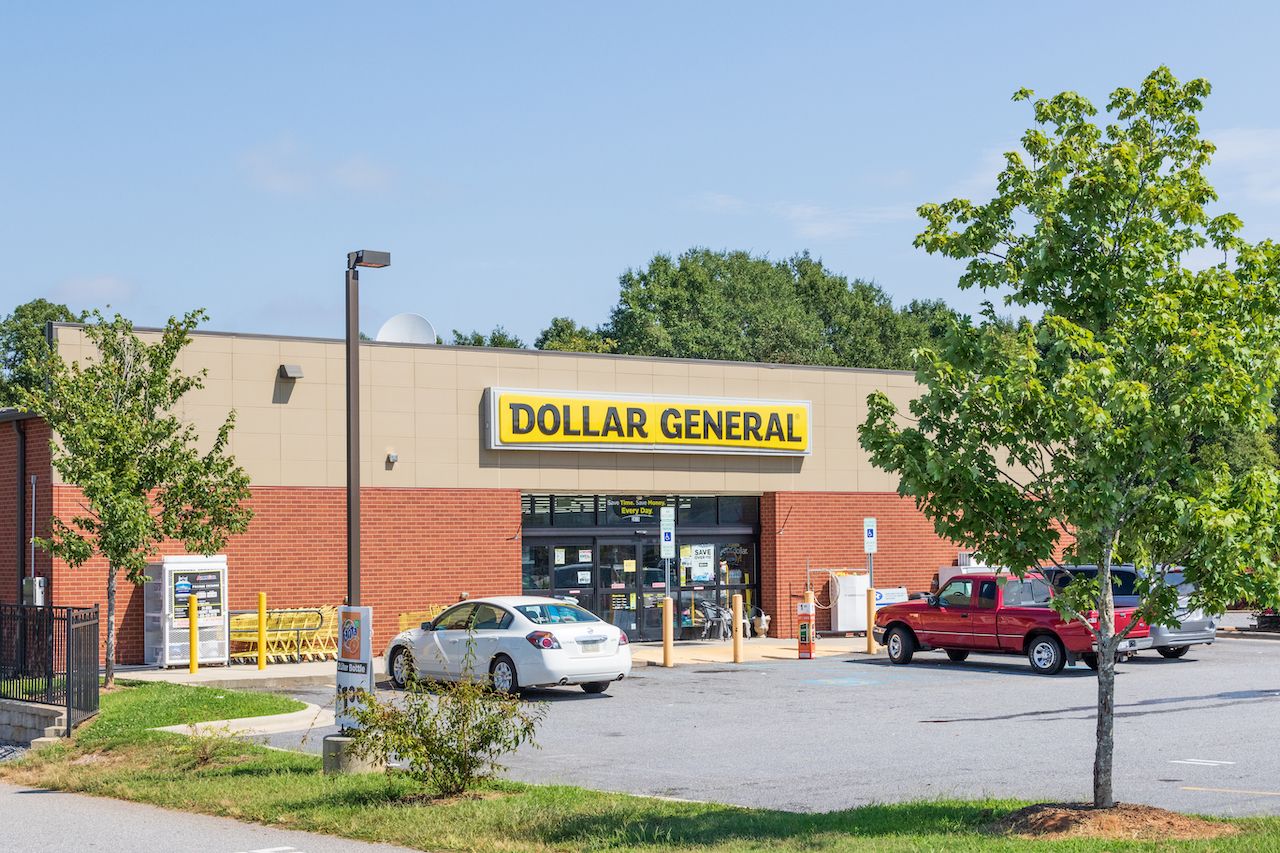 If you stay on paved roads, you’re never too far from basic services. With very little exception, I had daily access to gas stations and convenience stores. Dollar stores are proliferating in rural America at an astounding rate; I could count seeing on a Dollar General in nearly every town. I was never short on food or water.

A little harder to find were laundry and showers, but it never got down to the point of uncomfortable stink. Between swimming pools, Warmshowers hosts, and the occasional hostel or hotel, I stayed surprisingly groomed — compared, at least, to the through-hikers I crossed on the Appalachian Trail. 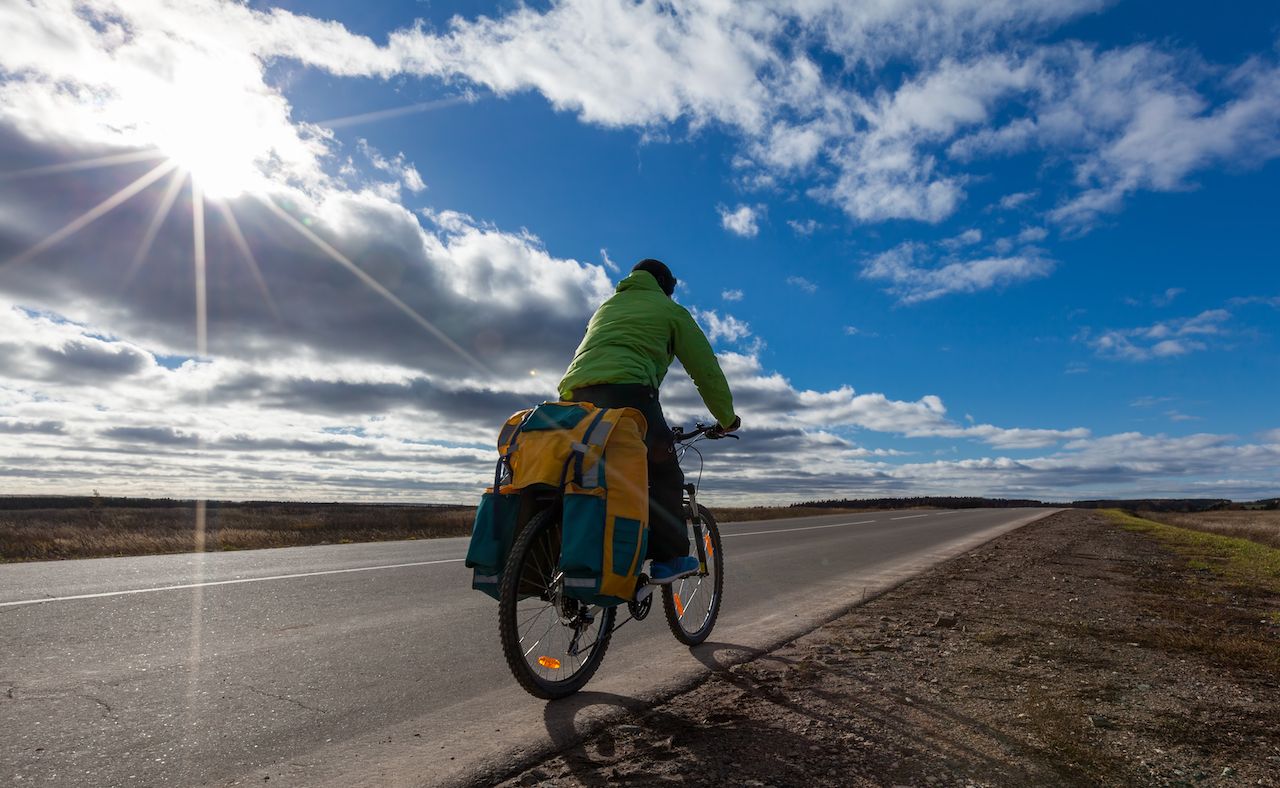 Humans are built to migrate across long distances. That’s the story of our spreading and thriving as an early species. Yes, we’ve gotten inventive with sails, horses, wheels, and finally engines to help us, but our bodies are still well-adapted for muscle-powered travel.

Pushing pixels at my sedentary job last year, I started to hear that primal urge to muscle myself across a vast distance. I had gotten a taste for it on multi-day backpacking trips and shorter, supported bike trips. At the end of four days of cycling across Colorado with friends in 2018, I felt so alive and so strong that I wanted more. That’s how the dream was born. I started imagining a way to keep going, to live on my bike for a whole season and cross an entire continent.

The raw physicality of a bike tour is a reminder that our human bodies crave movement and endurance. Inhabiting my body in that way — pacing myself, watching the sky for weather, navigating around landforms — felt so natural, like answering a primeval call.

Transporting a bicycle isn’t that hard. 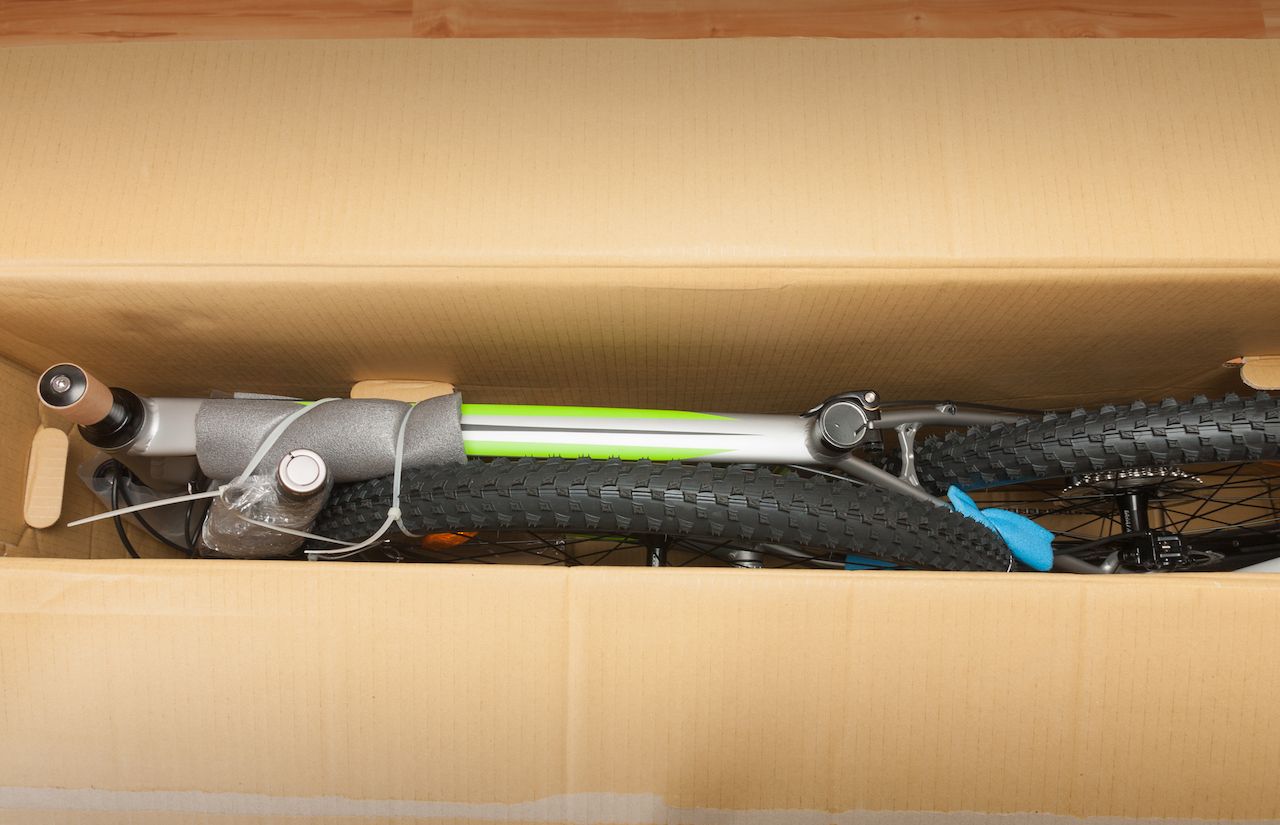 The logistics of self-supported bike touring daunt some people. I was often asked how I was transporting my bike and all my gear to the starting point and back from the endpoint. “You’re not riding your bike all the way home to Colorado, are you?”

No, that wasn’t the plan. I had road-tripped with my sister to the starting point in Oregon with my disassembled bike in the cartop carrier of her Prius. Once I reached my endpoint, I opted for the train. Amtrak, in a bid to be “bike-friendly,” allows you to roll a bicycle onboard — but slots are limited, so book ahead. You can also pack bikes into boxes and check them as luggage on trains, buses, and airlines for a fee. Bike shops anywhere will give you a bike box, usually for free. Also, special shipping services like ShipBikes can help you mail your bike home. 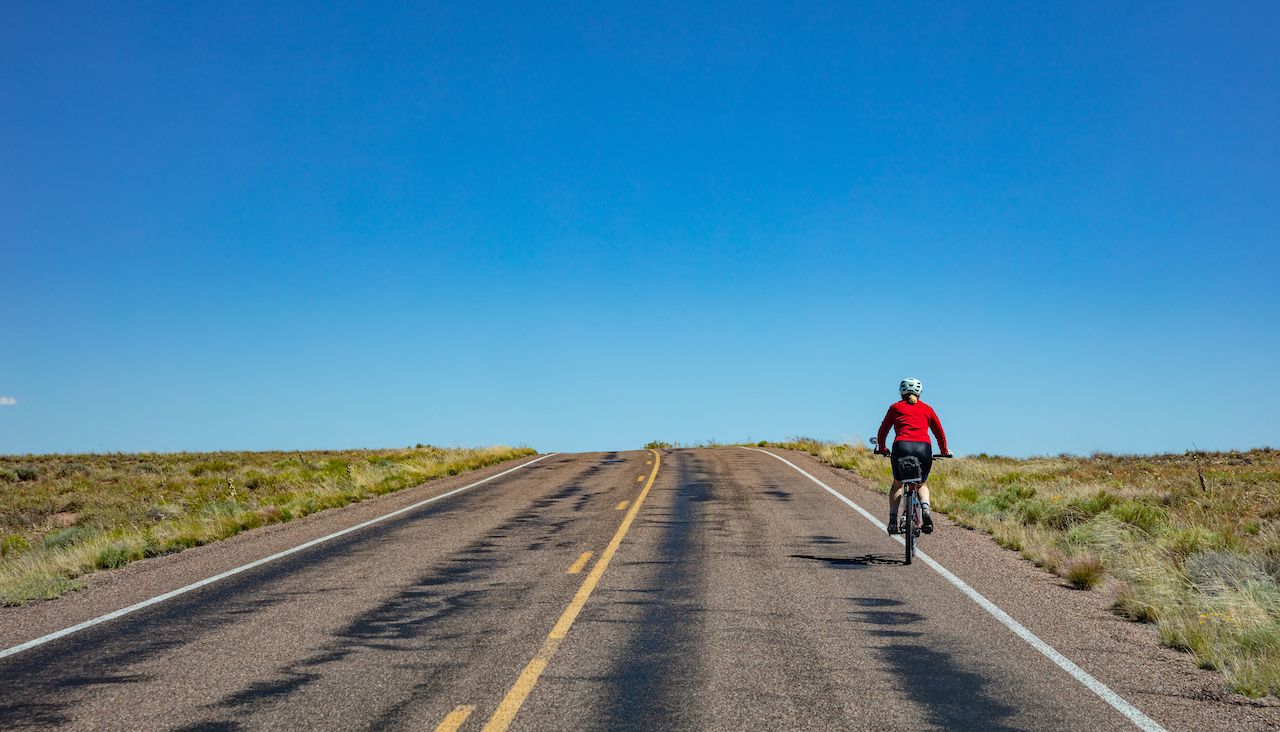 I never said cross-country bike touring in America is easy, convenient, or entirely comfortable. It was the hardest trip I’ve ever loved. When you’re sharing the road with vehicles, you’re vulnerable as a cyclist and safety isn’t guaranteed. Things can and will go wrong. But this kind of journey is doable for anyone with a moderate level of fitness, a love for bicycles, a sense of adventure, and a season of free time to dream big and go for it. Women and solo travelers, I’m looking at you. If even I can do it, you probably can too.

CyclingBike Your Way Across the US on This Epic 4,000-Mile Seamless Trail
Tagged
Cycling Trip Planning United States
What did you think of this story?
Meh
Good
Awesome