For those who grew up or live in the Northern Hemisphere, Christmas means a pillowy white landscape of fresh snow. But, as the climate emergency shows no sign of improvement, white Christmases are likely a thing of the past.

To temper the expectations of those who dream of a blanket of snow on December 25 every year, Nestpick has developed a method to forecast what the weather will be like in the future. It has taken 40 of the Northern Hemisphere’s top winter tourist destinations, then used local weather stations to calculate the number of December days with snowfall between 2008 and 2018. Combining this data with a climate change research paper from ecologist Jean-Francois Bastin, which forecasts snowfall in 2050, Nestpick created snowfall predictions for cities around the world in 2050. The resulting chart shows which cities can reasonably expect heavy December snowfall — and therefore, a white Christmas — in December 2050, and those that won’t see a snowflake at all. 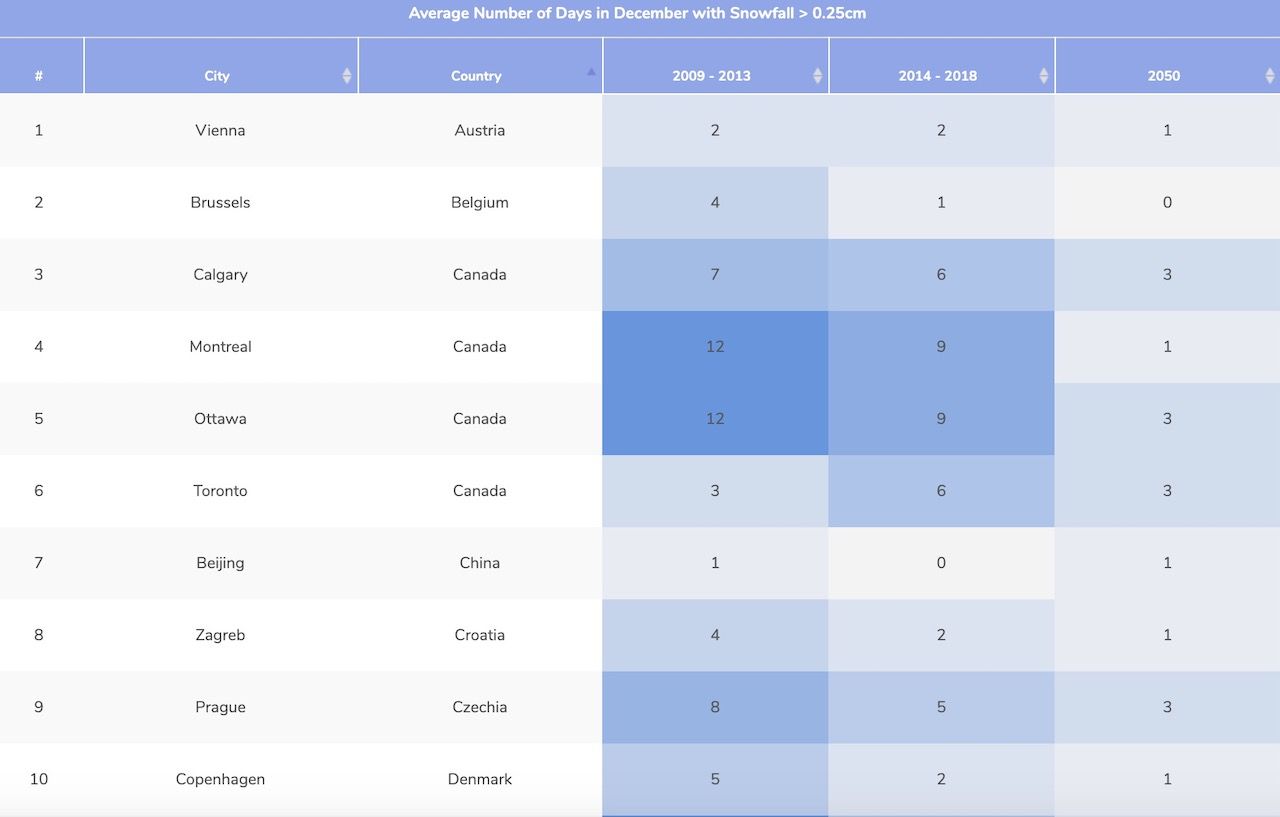 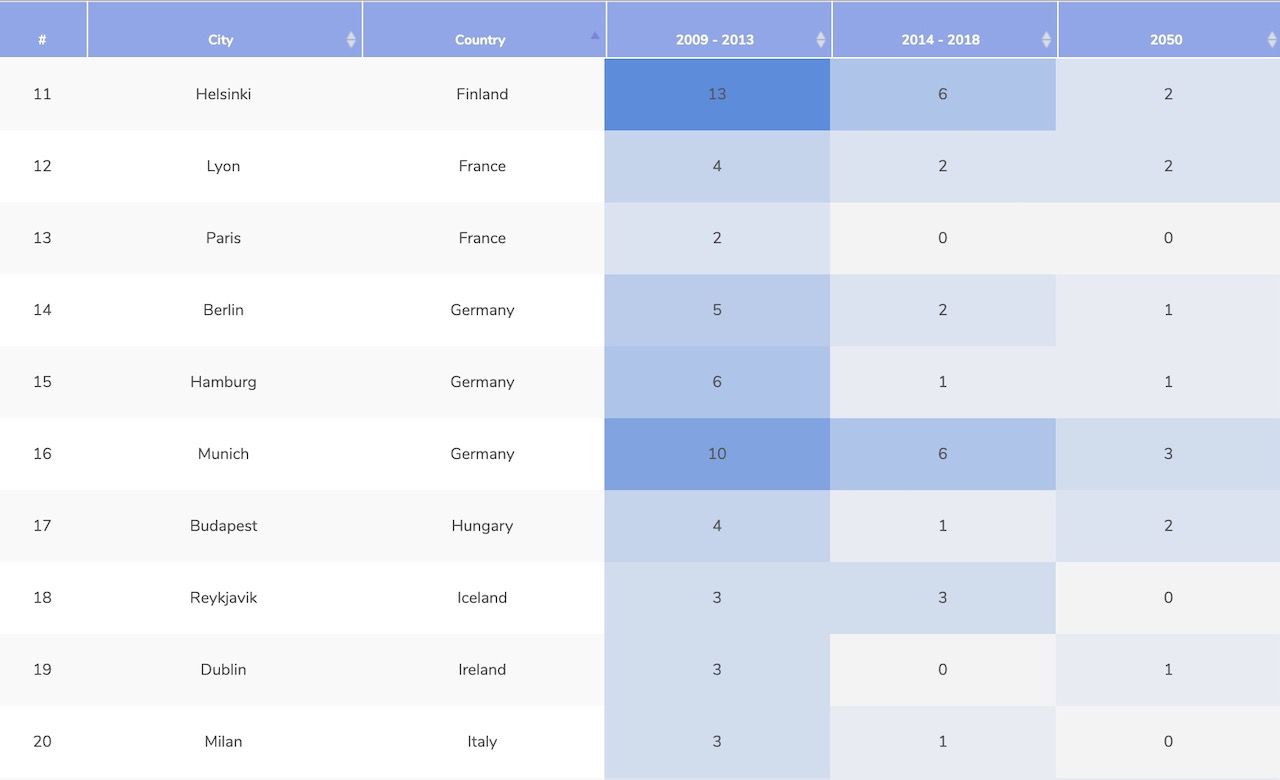 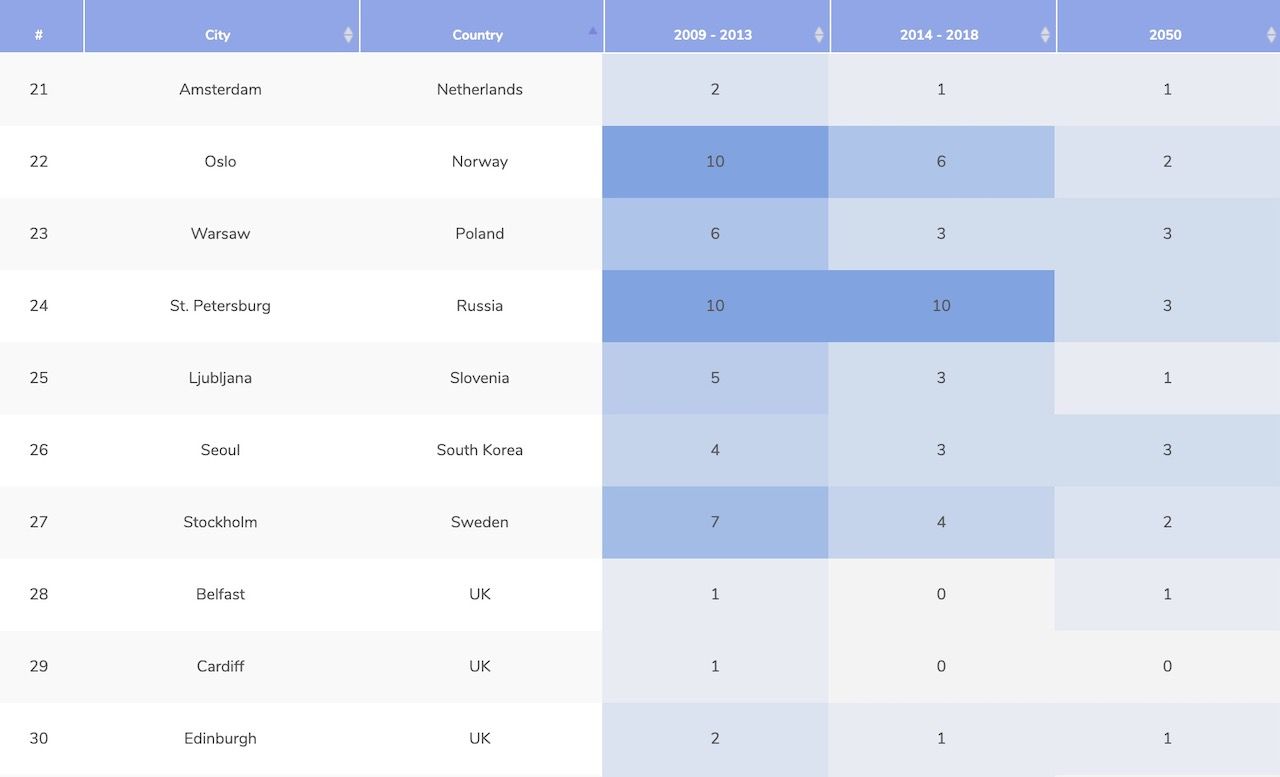 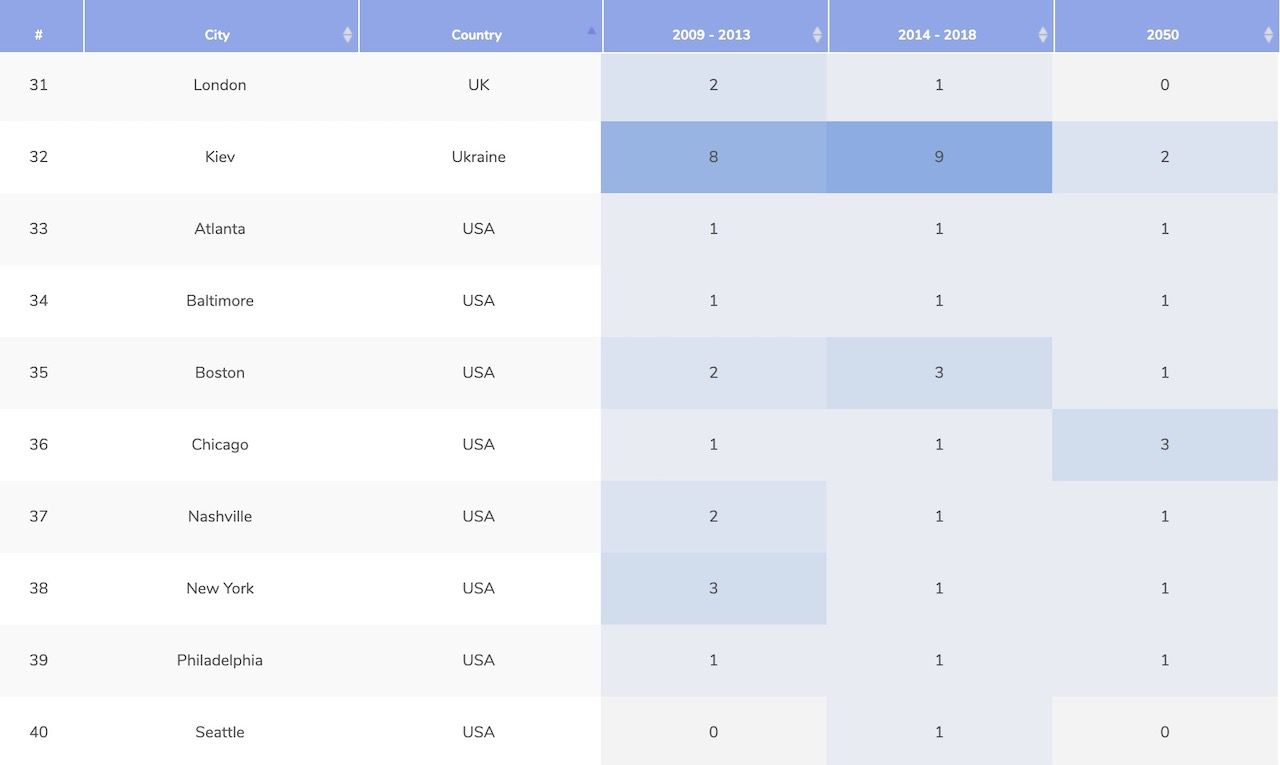 The results are sad and surprising. Many cities, which now regularly see nine or 10 days of December snowfall, are projected to see only one or two in 2050. Oslo, for example, which had an average of 10 snowfall days in December between 2014 and 2018, is projected to only have two by 2050. Montreal will be down to just one day from its current nine, and Reykjavik down to zero from three. Strangely enough, Chicago is actually projected to get more snow, with three December snow days predicted for 2050 compared to just one right now.

Ski & SnowWhy Some Travelers Are Saying ‘no’ To Fake Snow
Tagged
News National Parks Sustainability
What did you think of this story?
Meh
Good
Awesome