The hot dog’s legitimacy as a sandwich is hotly debated in the United States. In Cleveland, Ohio, this controversy is uniquely complicated. What’s widely considered the city’s signature sandwich — yes, sandwich — is really a dressed-up hot dog made with kielbasa, french fries, coleslaw, and a smother of hot sauce. That Polish smoked sausage is used as the sandwich’s foundation explains its name: the Polish Boy. To confuse matters more, that name might have once referred to any large kielbasa dog served in Cleveland. But ask for a Polish Boy today, and you’ll receive a very specific taste of the city’s food scene.

The exact origins of the Polish Boy are unclear. It owes its base ingredient to Cleveland’s early Polish community, which first took root in the Berea suburb in the 1860s. Yet, the first name commonly associated with the sandwich is not a Polish one. It belongs to restaurateur Virgil Whitmore, a Texas native whose historic barbecue joint in Cleveland’s Mount Pleasant neighborhood became one of the city’s first Black-owned sit-in restaurants when it opened in 1942. The Whitemore family now owns and operates two locations, the flagship Mt. Pleasant Bar-B-Q and Whitmore’s Bar-B-Q in Cleveland’s Warrensville Heights suburb.

Despite their family’s help in propelling the Polish Boy to icon status, however, the younger Whitmores are skeptical of the credit Virgil Sr. gets for slapping together the sandwich’s ingredients for the first time. In 2019, Virgil Whitmore III told Cleveland Magazine that there were other neighborhood vendors making what would become known as Polish Boys before his grandfather began slinging them, while that same year, Vanessa Whitmore told the Gries Center Gazette that her grandfather got the idea from the owner of the Epic Nightclub across the street. 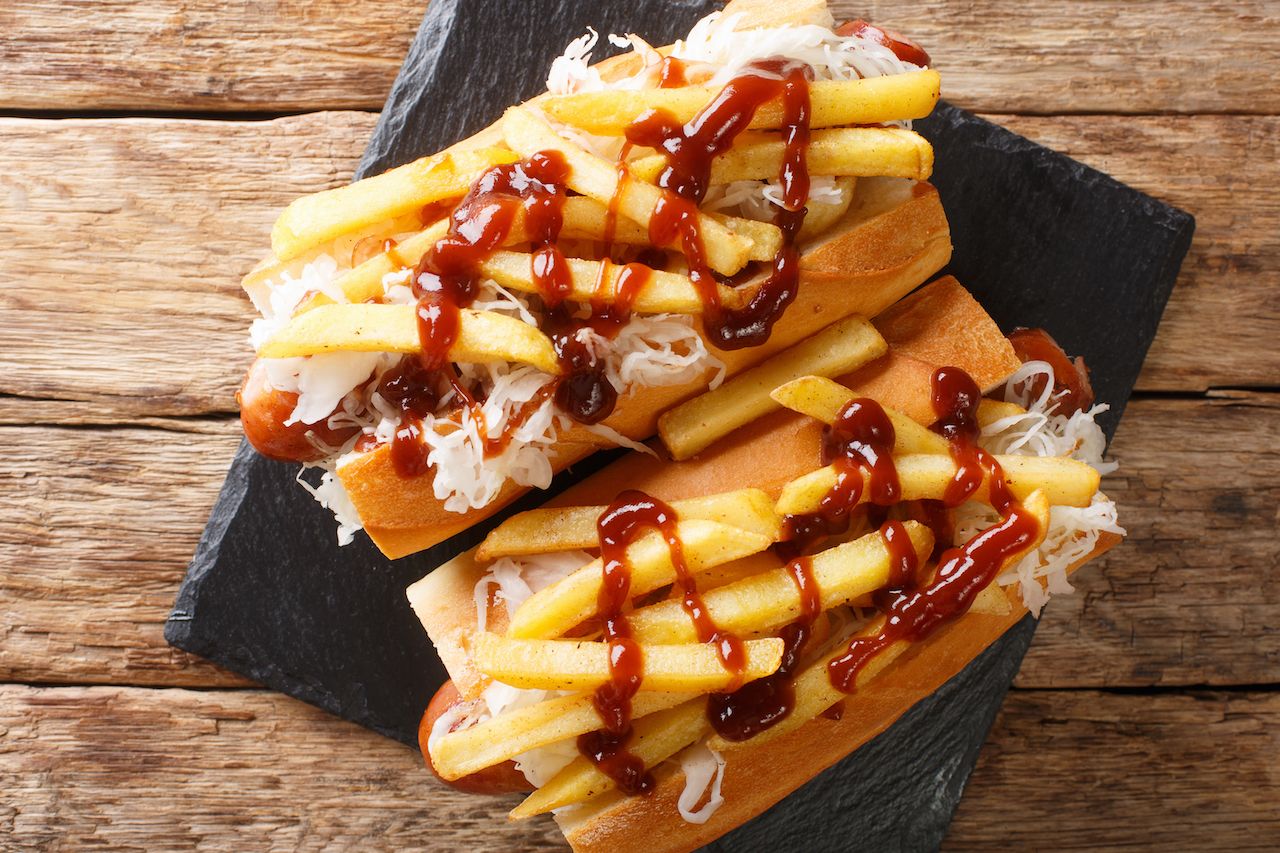 Over the decades, a handful of restaurants hopped on the Polish Boy bandwagon. One such establishment is Hot Sauce Williams, a legendary barbecue joint whose original location in Cleveland’s Hough neighborhood opened in 1964. Some credit Seti Martinez, owner of the popular food truck Seti’s Polish Boys, with carrying the tradition into the 21st century. But it was not until recently that the city’s favorite sandwich became a staple menu item in and around Cleveland.

National press certainly helped. In 2007, Hot Sauce Williams’ Polish Boy was featured in Anthony Bourdain’s No Reservations, and later in an episode of Man vs. Food. Meanwhile, Iron Chef and Cleveland native Michael Symon dubbed Seti’s Polish Boys one of the “Best Things I Ever Ate” via the Food Network, while Food and Wine, Rachel Ray Magazine, and Zagat have all rated Seti’s as one of the best sandwiches — or hot dogs — in America.

Regardless of the food group you think it falls into, anyone would be remiss to leave Cleveland without eating a Polish Boy or two. You can’t go wrong with the classics, but today’s diners are spoiled for choice with a Polish Boy for every occasion. These seven takes on Cleveland’s signature sandwich are all worthy of a try, depending on your mood.

The best Polish Boys in and around Cleveland 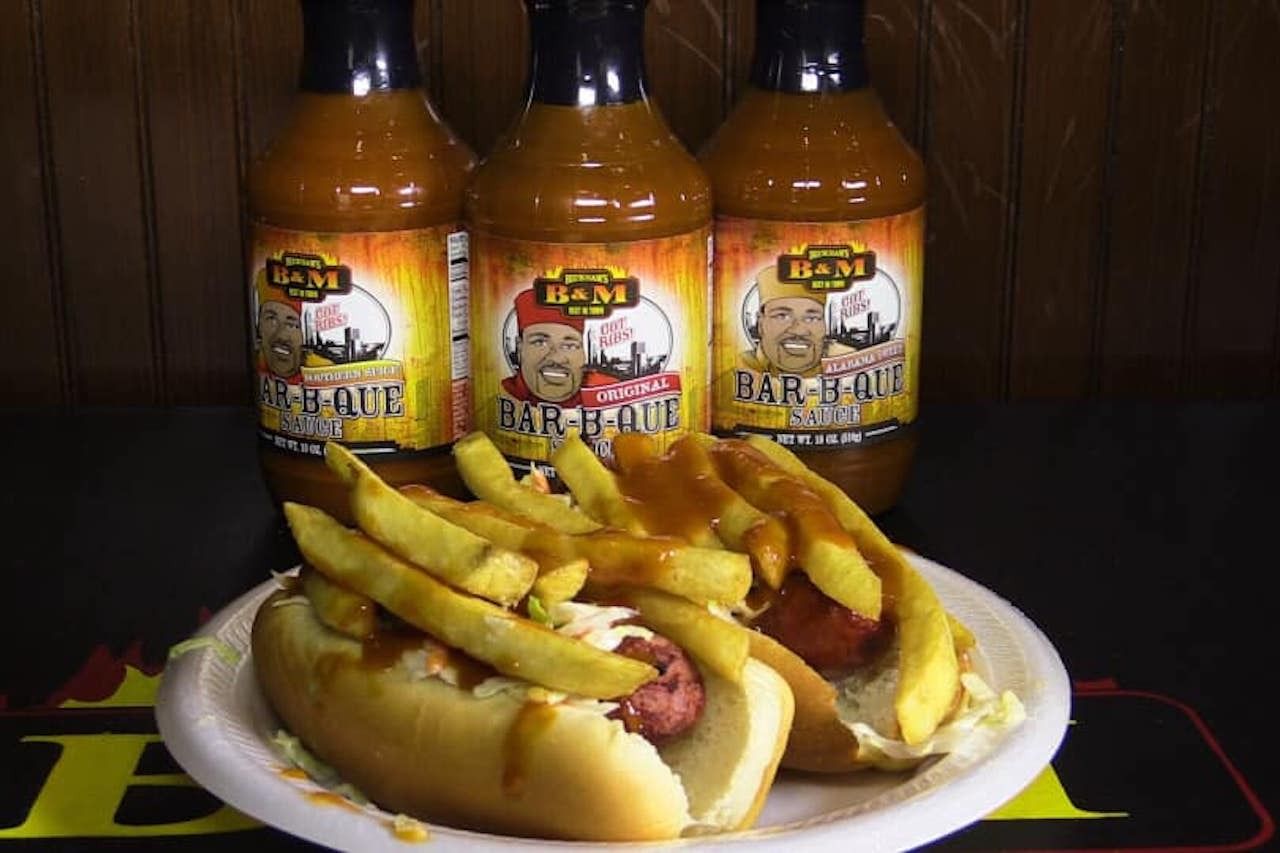 For variety: Beckham’s B&M Bar-B-Que – Family-owned B&M has supplied Clevelanders with some of their favorite barbecue since 1958. Here, diners have their pick of Polish Boys and Girls, which can be made with beef, turkey, or spicy sausage. The restaurant also offers a Polish Man topped with extra beef brisket, as well as a Polish Boy combo that comes with wings and more fries.

For late-night grub: Kim’s Wings – The self-proclaimed Queen of Wings also serves one of Cleveland’s best and messiest Polish Boys. The secret is Kim’s Original Backyard Barbecue Sauce. Also, on the menu is a Polish Girl, which doubles down on the meat with an extra helping of pulled pork. Open until 3 AM on Fridays and Saturdays, Kim’s Wings is best enjoyed after a night out.

For a refined dog: Banter Beer and Wine – Banter puts a slightly lighter, slightly classy spin on the Polish Boy by carefully stuffing its buns with gourmet kielbasa, frites, homemade sauce, and a vinegar-based slaw. Its Polish Boy was voted one of America’s best sandwiches by Food Network in 2020. A 15-pounder dubbed the Polish Big Boy also featured on an earlier episode of the channel’s show Ginormous Food.

For a gut-busting combo: Battiste & Dupree Cajun Grill – Despite its Cajun roots, Battiste & Dupree makes a pretty classic Polish Boy, assuming you don’t mistake it for the Po Boy on the menu. Try the “Fun in a Box” if you’re extra hungry, which includes a Polish Boy, six wings, and a side of steak fries.

For a kosher alternative: Gillespie’s Map Room – This neighborhood pub in downtown Cleveland’s Historic Warehouse District named its Polish Boy after a local comic legend. The Drew Carey is made with an all-beef hot dog rather than pork sausage. The rest is what you’d expect: heaps of slaw, a handful of fries, and lots of sauce.

For a modern classic: The Rib Cage Smokehouse and Bar – Cleveland’s first Rib Cage smokehouse opened in Cleveland Heights in 2010. A second location later opened on West 25th Street, helping to solidify this relatively new kid on the block as a go-to for Southern-style barbecue. Visit either location for the Jumbo Polish Boy or Girl, which gets its trademark tang from Carolina Mustard Vinegar barbecue sauce.

For a budget bite: Steve’s Hot Dog Diner – Open 24 hours a day, seven days a week since 1953, Steve’s will sate your Polish Boy craving for breakfast, lunch, or dinner. Both a Polish Boy and Poor Boy feature on the diner’s hot dog menu. The Polish Boy here comes with kraut and onion, while the Poor Boy is loaded with the traditional toppings: french fries, slaw, and sauce. Try one or both. Either way, you’re going to get a hearty meal for under $5.

13 Signs You Were Born and Raised in Cleveland

How a Traveler Turns "Place" Into "Home"

8 Things That Made Clevelanders Proud During 2014

Lucky Passenger From NYC Got Plane (Almost) To Himself

How To Piss Off Someone From Cleveland

10 Signs You've Been Away From Cleveland Too Long

Ladies, Lighten Up: Cleveland Belongs Right Up There With Any Bachelor Destination