I‘m going to let you in on a secret. Your visions of the Wild West — those rugged towns giving way to wide-open plains backed by 14,000-foot peaks; those landscapes reminiscent of old western films and panoramic photo galleries? Yeah, that’s all still around in Rio Blanco County.

The state’s northwest — centered on the classic mountain towns of Rangely and Meeker — is the best of Colorado in a very under-the-radar setting. We’re talking the kind of setting that’s ideal for a quiet summer getaway with the family or a starry-eyed excursion to (re)kindle a romance. There are so many reasons to visit this part of the state — and the icing on the cake is they all sit within a few hours of Denver.

1. Places you’ve never heard of will stop you in your tracks…

Dinosaur tracks, that is. Twenty miles outside of Rangely sits Dinosaur National Monument, a 210,000-acre site reminiscent of Zion, where giant lizards once roamed. But oddly enough, most don’t come here for the dinos — this area has epic whitewater rafting, wildlife-watching, camping, and hiking, too.

And then there’s the awesome landscapes that even fewer outside the region know about, like Phillip & Dorcas Jensen Memorial Park, on the northern edge of Meeker. Its expansive trail system has a little bit of everything, but it absolutely soars in terms of hiking and mountain biking. Quality singletrack, access to BLM trails, and miles of open terrain are the standard here.

2. …but they probably won’t stop your horse.

Many of Rio Blanco County’s 6,500 residents firmly believe the best way to explore the Rocky Mountains is on horseback. It’s easy to see why — it’d be tough to hike all the way through the 235,000 acres (and 160 miles of trails) of the Flat Tops Wilderness on foot. The saddle is a far more appropriate method of conveyance, allowing you to cover ample ground at a pace slow enough that no photo opp goes overlooked. What’s more, the horses are confident where you may not be, making for a smooth ride over rocky sections and stream crossings.

Speaking of photo opps: Autumn is the perfect season for both horseback riding and photography, when the air is cool, and the aspen trees — displaying vibrant shades of yellow and orange — liven the palette of the omnipresent evergreens. With elevations ranging from 7,600 to nearly 13,000 feet, this is a prime environment for catching a glimpse of elk, deer, and moose in their natural habitat (often seen drinking from mountain lakes and streams). 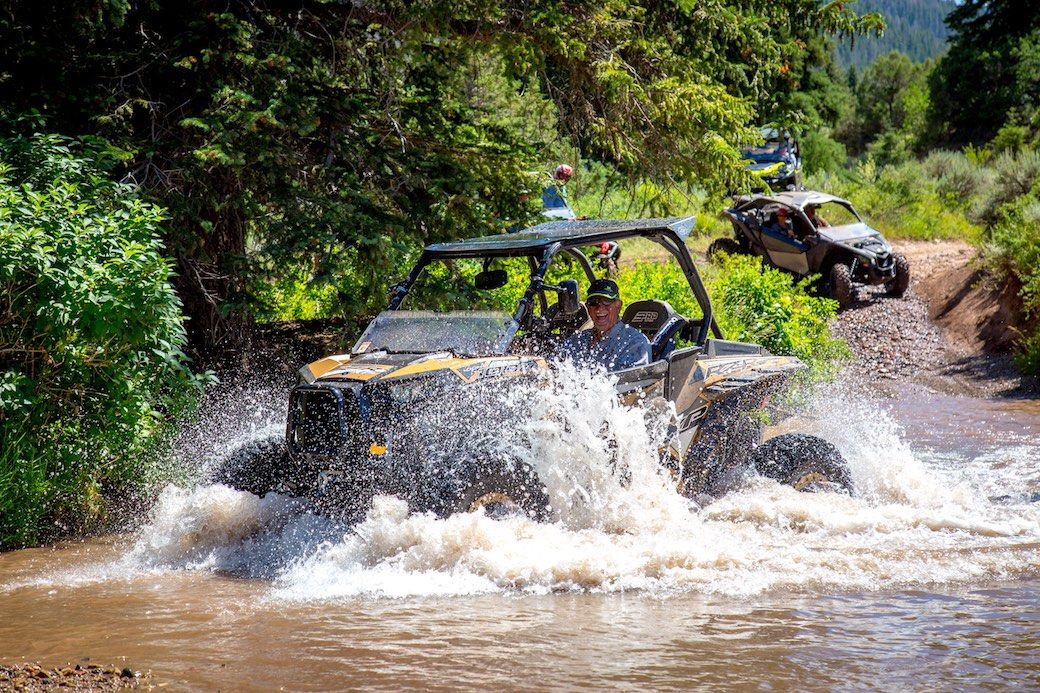 Conversations about rush hour are likely to draw confused looks from locals, as the closest thing you’ll find to a backup up here is a few OHVs (off-highway vehicles) slowed to allow a family of moose to cross the path up ahead. Each summer, Meeker and Rangely host the state’s premiere OHV events. The Wagon Wheel OHV Rendezvous takes place in July in Meeker, and the Rangely OHV Adventure Rally happens each August.

4. Music happens in the most unexpected of places. 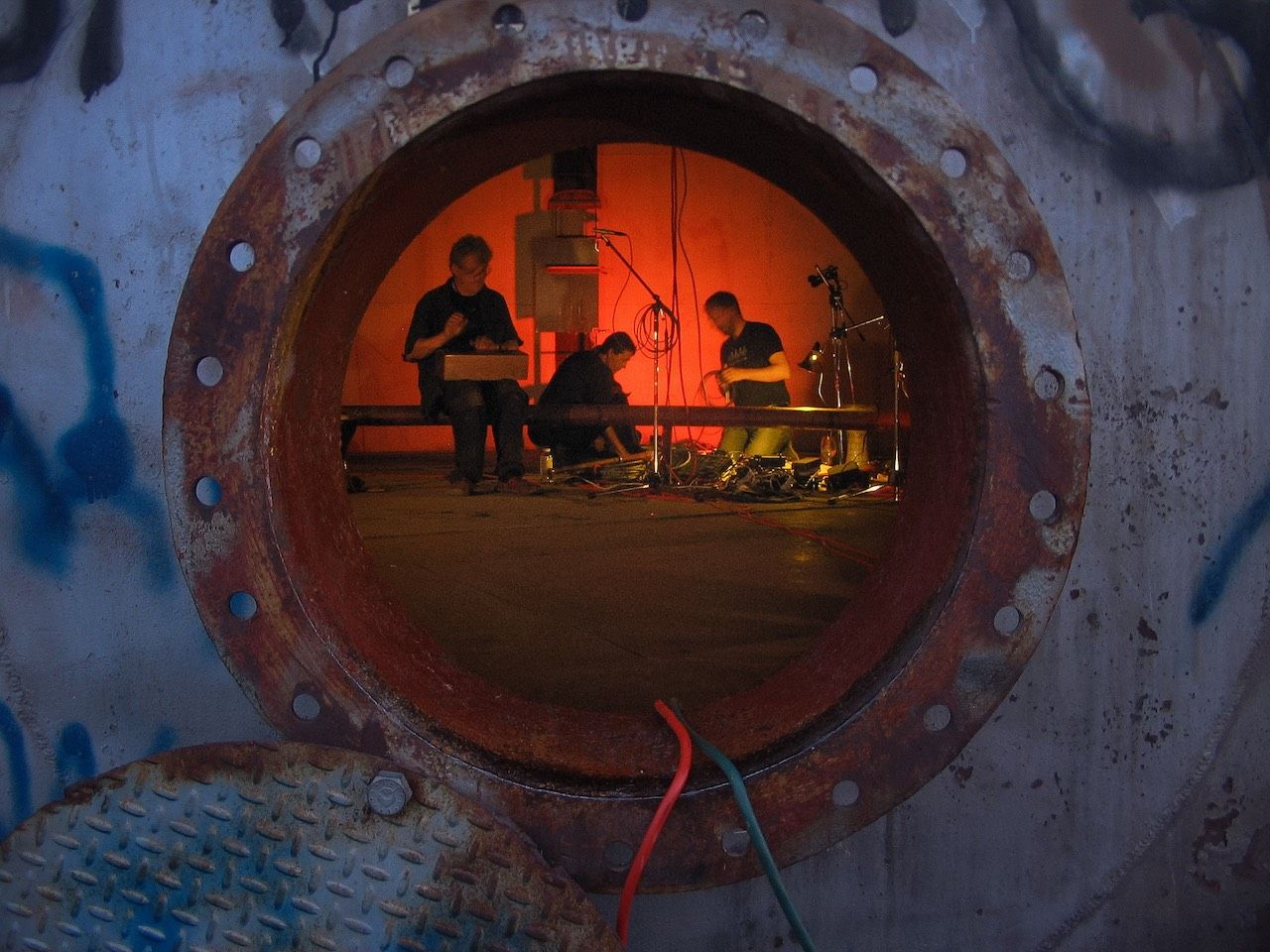 The TANK Center for Sonic Arts is pure Northwest Colorado, created from a 65-foot-tall water tank brought to Rangely but never actually put to its intended use. Bruce Odland, the renowned composer and sound artist, first used the tank to host an arts festival back in 1976 — now he’s converted the structure into a destination sound space and music venue. It’s hosted hundreds of touring artists over the years, and is open on Saturdays from 9am to 1pm for the public to put its legendary acoustics to the test, which some have said rival those of the Taj Mahal and St. Paul’s Cathedral.

Not bad for a venue that first strikes the eye as a “maturing” piece of farm equipment.

5. Your lodging options are pretty much the definition of “escape.”

If you’re hoping to explore the mountains on a deep hike or test your skills on a singletrack trail, your home base can be in the thick of it. Get as pastoral or cozy as you wish — options run from furnished cabins to tent sites to bare-bones or fancy yurts, with plenty in between. Peace and quiet comes with the package no matter what you choose.

Farther east into the Flat Tops is for those wanting the full-on mountain experience (you’ll awaken to views of high-country glacial lakes). After your morning meal over the fire or in your cabin kitchen, head out to experience the miles of scenic wilderness trails and the wildlife that calls the White River National Forest home.

6. Rally Colorado is built for raging…

Rally races are a sight to behold — if you can keep up. Professional drivers take souped-up AWD cars over closed-off sections of the region’s most gnarliest roads. Often covering hundreds of miles over multiple days, these races take competitors across some of the most extreme terrain imaginable. It’s like NASCAR…only a whole lot wilder. And this year, Rally Colorado goes down in Rangely.

Rally drivers do much more than make left turns, and there’s no such thing as a weather delay. Kids love watching the drivers maneuver along the track, and the activities built around the race are among the summer’s most memorable. Pools of mud, pounding sleet, zero visibility? Rage on.

7. …and so is the sheepherding. 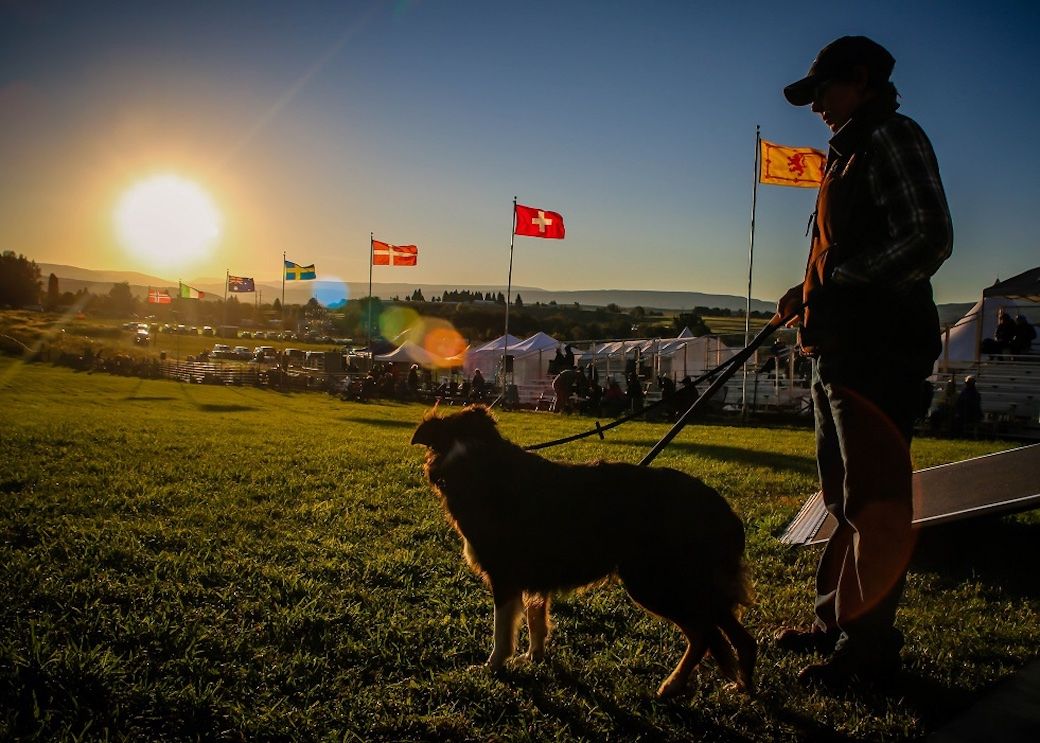 It’s like curling. You’re watching the TV, trying to figure out why the heck your heart is pounding and you’re yelling at a guy holding a broom. Sheepdog trials are surprisingly similar. Make sure you’re in Northwest Colorado the week after Labor Day for the Meeker Classic Sheepdog Championship Trials. An awards purse totaling $20,000 is up for grabs to the top herders — and the proceedings turn into quite the heart-pounding show.

8. You’ll go on one of the coolest drives of your life.

The Flat Tops Wilderness stands among the most beautiful areas of Colorado. You can see it all (well, plenty of it) from the comfort of your car on the Flat Tops Scenic Byway, an 82-mile drive that stretches from Meeker to Yampa and takes a couple of hours, not including stops to admire the scenery.

Highlights include the 10,343-foot Ripple Creek Pass, with views out across the White River Valley and forests of the wilderness area, along with near-certain wildlife sightings. And the sunsets — hard to beat. Just make sure your car includes a “designated photographer” to document this awesome road trip.

9. That “Gone Fishing” sign will be put to good use.

Northwest Colorado is home to four species of trout — rainbow, brown, brook, and cutthroat — making for some of the best river fishing in the inland United States. The 100+ miles of fishable river and streams that make up the aptly named White River are also home to a huge whitefish population. Lake Avery and Trappers Lake are popular spots that restrict motorized boat usage, which means they’re perfect for a relaxing day in the canoe. Just bring a watch — it’s too easy to let time slip by once you’re out on the water.

10. The reservoirs are high-altitude…

If you’ve never experienced a WaveRunner, you don’t know what you’re missing. Kenney Reservoir — five miles east of Rangely — is Northwest Colorado’s hub for watersports and a great spot for just about anything that can be done on water. Keep up with the latest trend and rent a SUP (stand-up paddleboard) to see which of your friends can paddle out from shore the fastest — it’s not as easy as it looks, but it doesn’t take long to master.

11. …and the “art walks” are nearly a thousand years old.

Canyon Pintado, or Painted Canyon — in the Douglas Valley south of Rangely — earns its keep in the National Register of Historic Places by housing a large concentration of Fremont archaeological sites. Tons of petroglyphs and pictographs can be found all across this area, dating back to the 1300s and earlier. It’s believed the region was first home to Fremont people around 650 AD. That sounds like a long time ago, until you consider that researchers have reason to believe prehistoric peoples have lived here for 11,000 years.

The canyon can be explored on a day trip, with eight designated stops marked along Highway 139. One of the best is at mile marker 61.3 — it’s called the “sun dagger.” Just remember that whatever you do, don’t take advantage of being unsupervised as you explore the rock art. Northwest Colorado is best at its most pristine — and that means untouched.

This post is proudly produced in partnership with Rio Blanco County.
Tagged
Travel
What did you think of this story?
Meh
Good
Awesome