Boston’s literary history is as long as its winters are cold. Many of America’s most enduring authors, including New England’s famous Fireside Poets, churned out their seminal works in and around the city. The birthplace of literary movements like American romanticism and transcendentalism, Boston earned the nickname the “Athens of America” in the mid-19th century for its role as a cultural epicenter. Book fiends can easily spend entire days touring the Boston Literary District, but to help you streamline your itinerary, we’ve put together the ultimate book lover’s guide to Beantown, from the must-see historic sites to the can’t-miss bookstores. 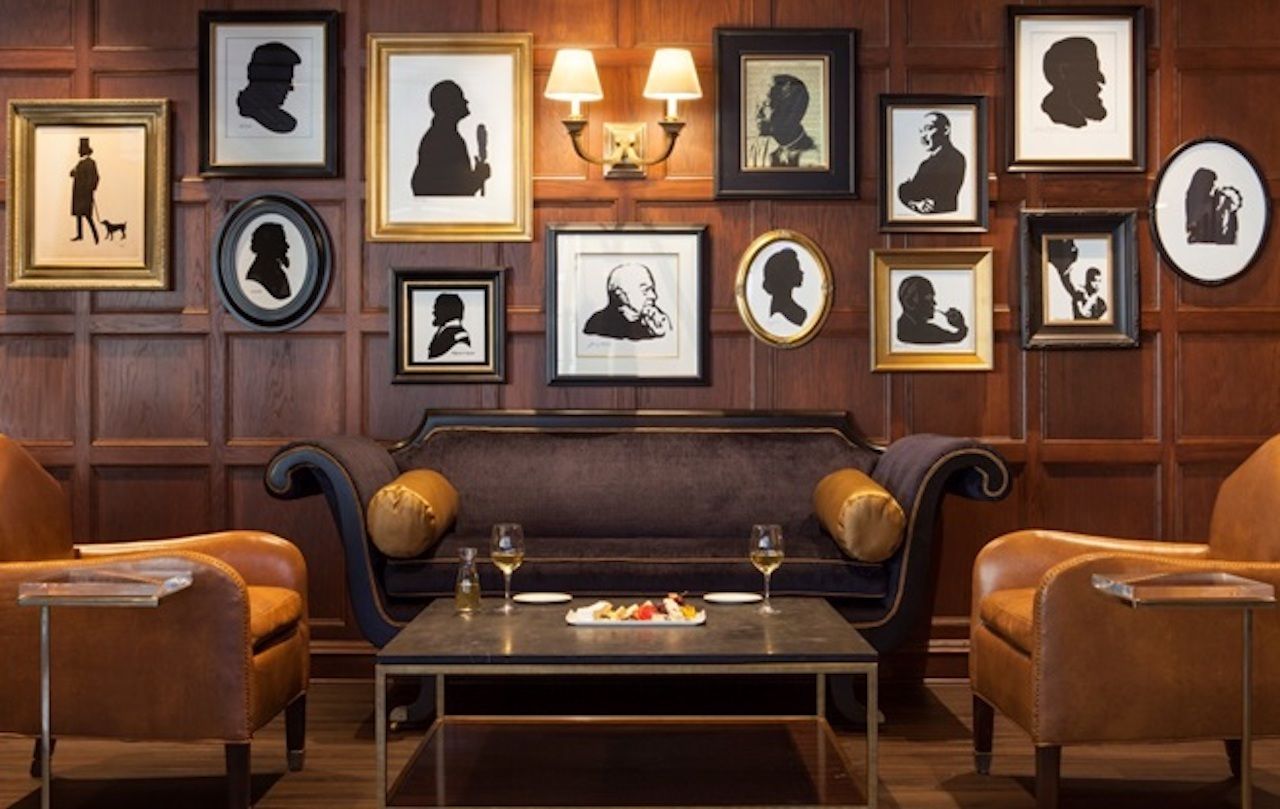 This historic hotel was a gathering place for some of 19th-century America’s greatest thinkers, many of them writers, who belonged to an informal society called the Saturday Club. Members included Ralph Waldo Emerson, John Greenleaf, The Atlantic Monthly editor James Russell Lowell, and other Boston bigwigs like the then-president of Harvard. Today, the Omni Parker House is the accommodation of choice for many readers and history buffs who visit Boston. 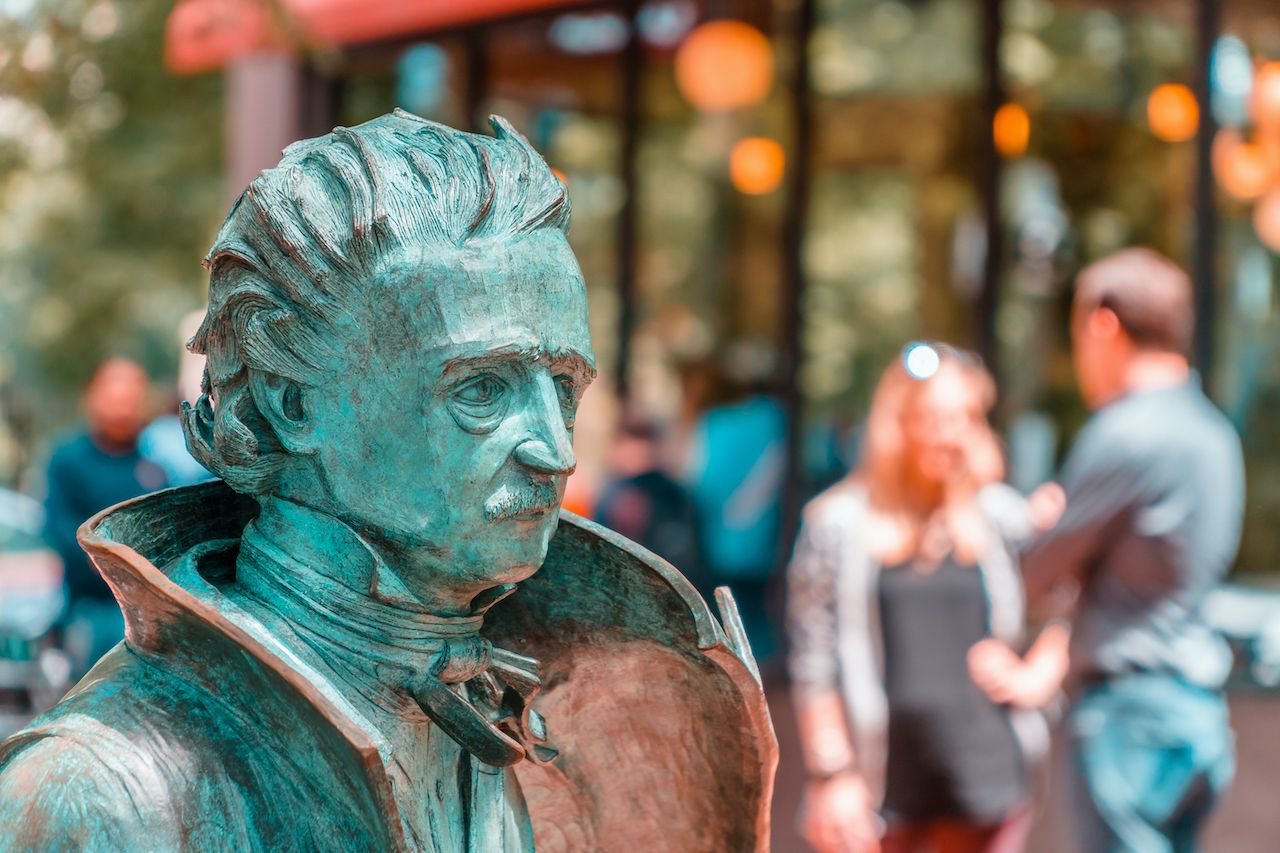 The famously broody Edgar Allan Poe was born in Boston in 1809. Though he was better known as a literary critic in his lifetime, and never saw financial success as a writer, his poetry and short stories are essentials of America’s romantic-era literary canon. Poe’s childhood home has long since been demolished, but in 2009, Boston dedicated a small nearby plaza to the writer, aptly naming it “Edgar Allan Poe Square.” In 2014, a statue of Poe was added to the site. 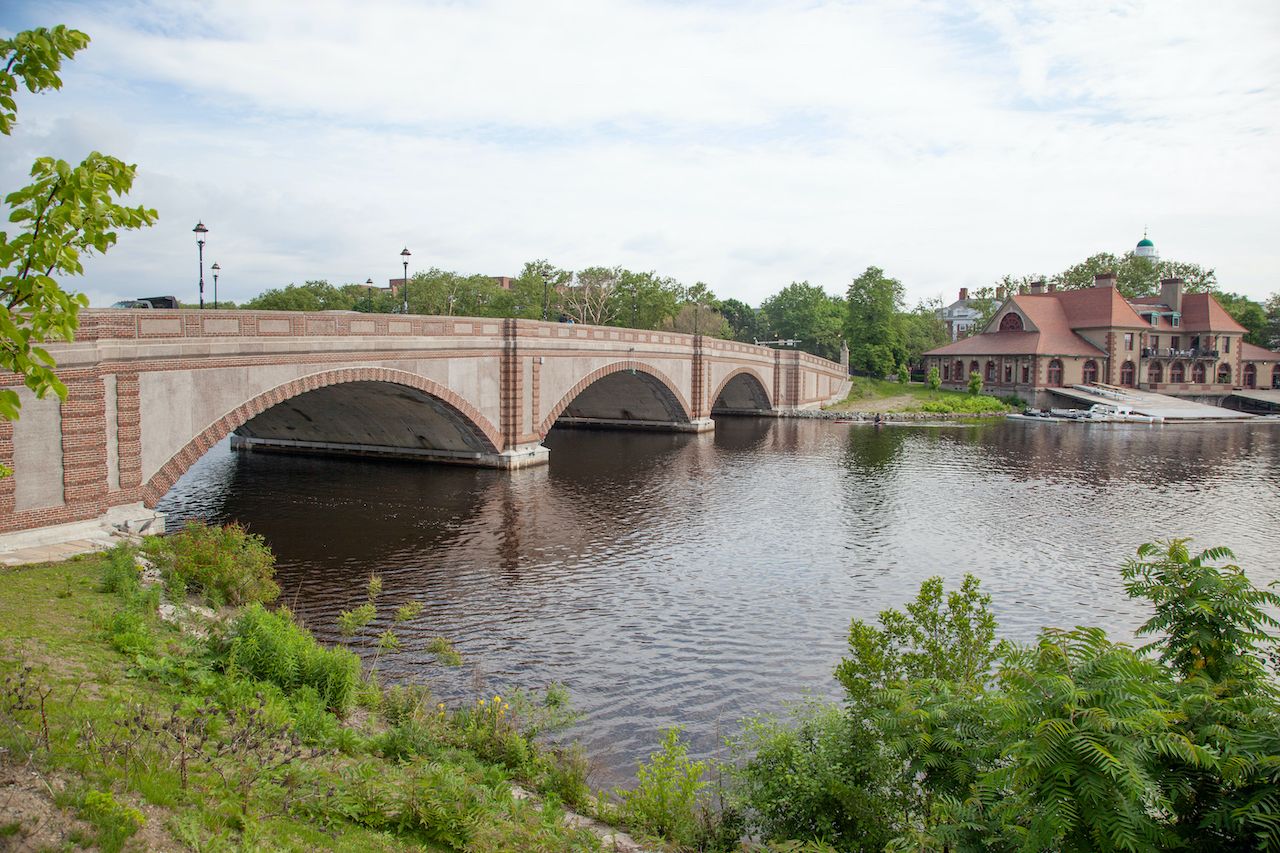 Faulkner fans may recognize the Charles River as the site of Quentin Compson’s suicide in The Sound and the Fury. In the novel, Compson leaves his fictional Mississippi hometown to study at Harvard College, shortly before drowning himself. In his honor, a memorial plaque was added to the Anderson Memorial Bridge, which connects Boston and Cambridge. 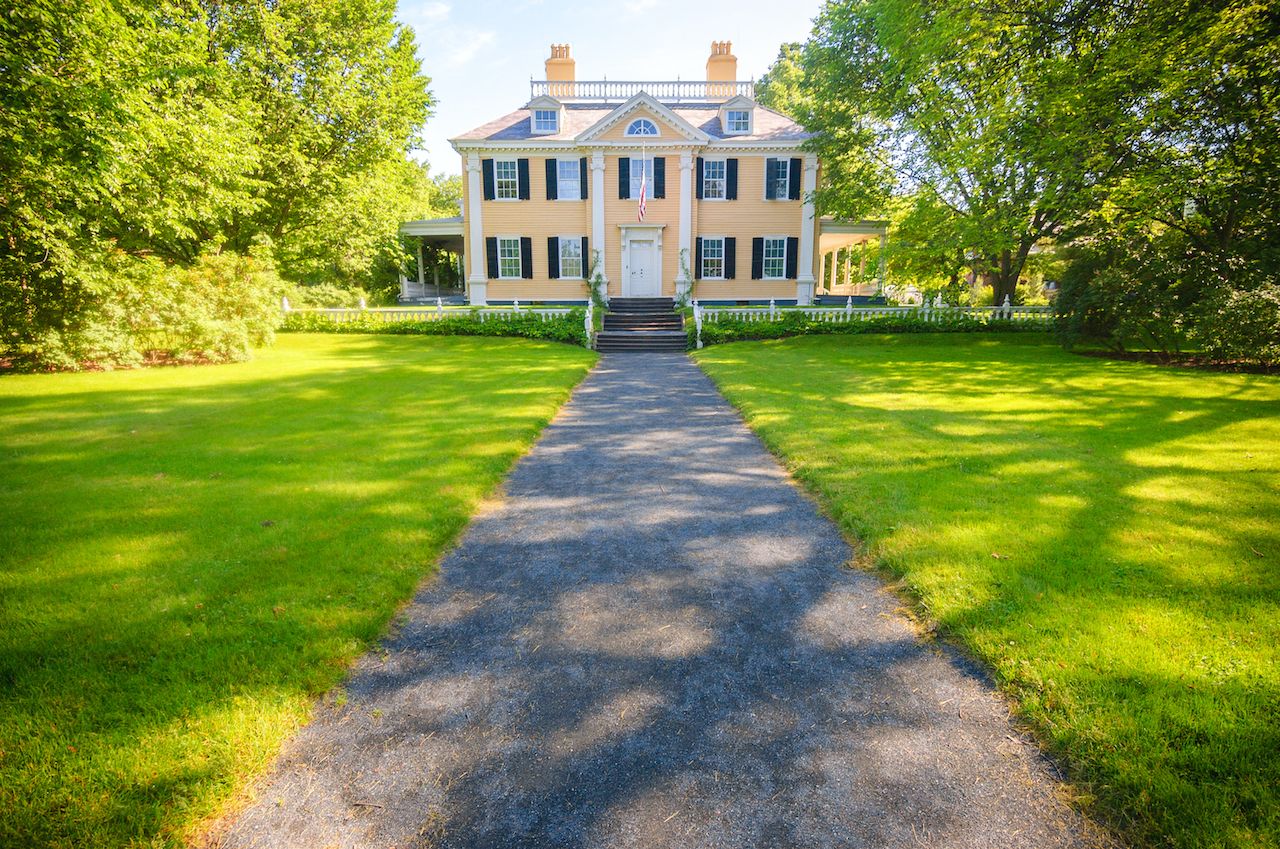 A preeminent 19th-century poet, Henry Wadsworth Longfellow was born in Portland, Maine, when it still belonged to Massachusetts. He later moved to Cambridge where he wrote Paul Revere’s Ride, an American classic inspired by Boston’s Old North Church. Now a National Historic Site, Longfellow’s home, which previously served as a headquarters for George Washington, was a haunt for many of the day’s most notable authors, including Ralph Waldo Emerson, Nathaniel Hawthorne, and Charles Dickens when he visited Boston. 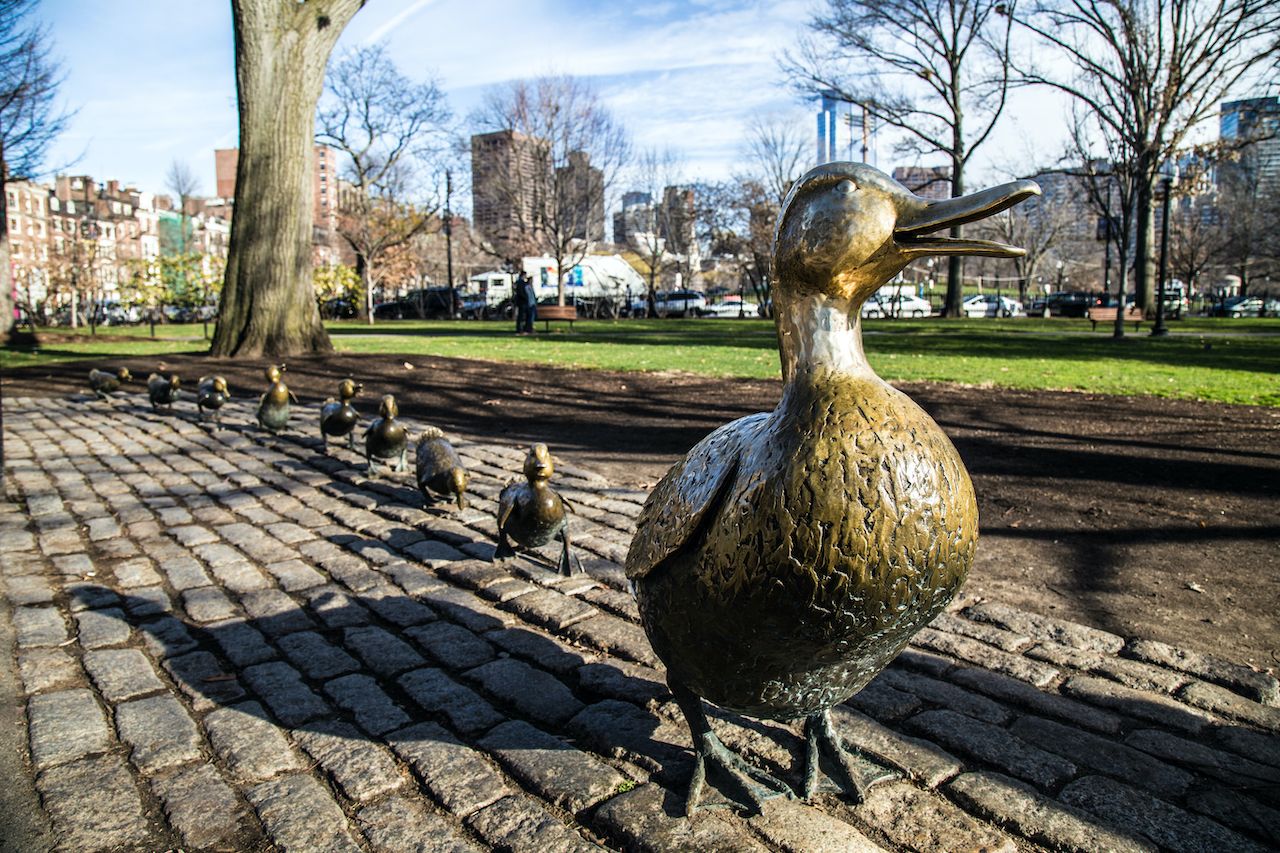 A beloved American children’s book, Robert McCloskey’s Make Way for Ducklings follows a family of ducks that chooses the Boston Public Garden as its home. The classic bedtime story was published in 1941, and its protagonists were further immortalized in 1987 when the book’s Mrs. Mallard and her eight ducklings were cast in bronze and posed in a row in the park. 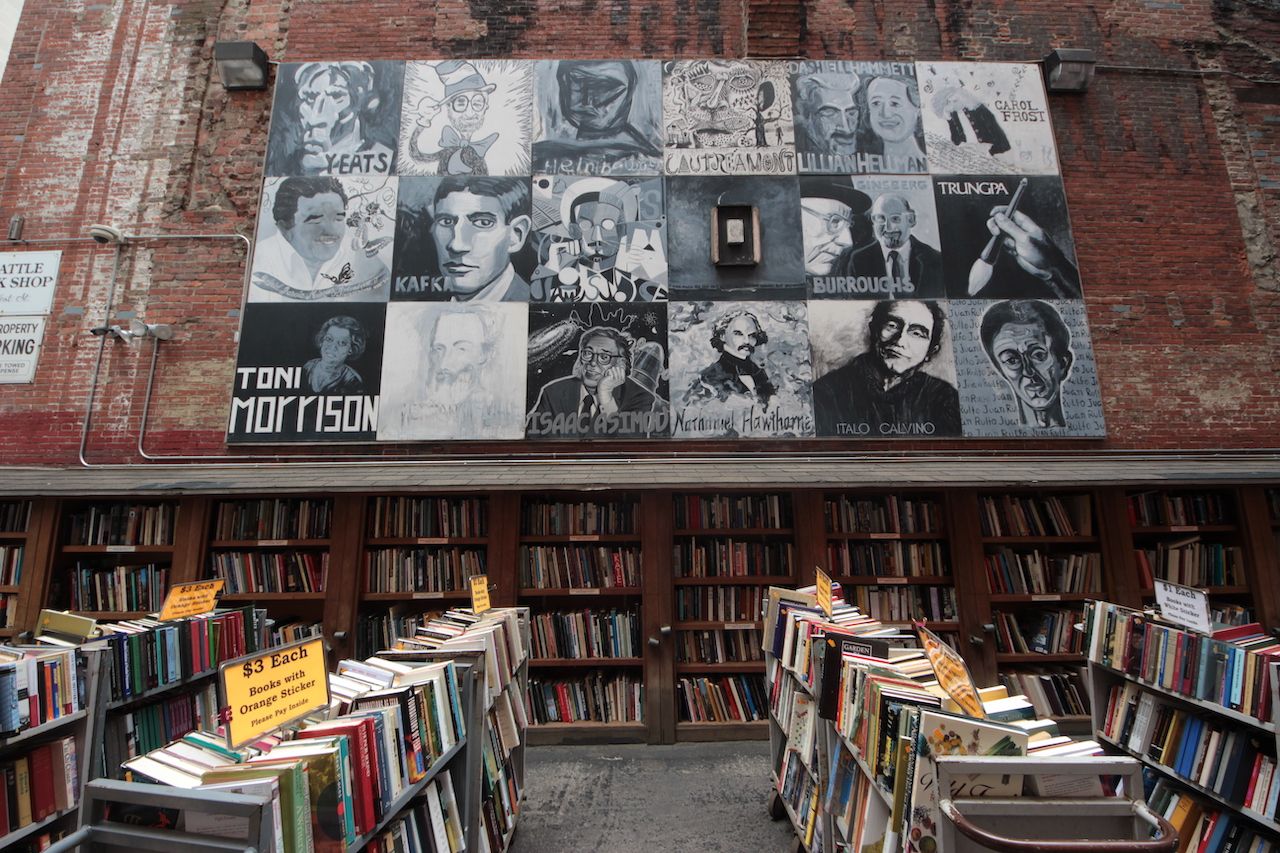 Brattle Book Shop prides itself on being one of the oldest bookstores not just in Boston, or even New England, but in the entire US. Opened in 1825, it specializes in antique books and houses more than 250,000 combined titles and literary artifacts. Whether for great deals on used classics or first editions for your collection, this three-floor emporium is the place to browse. 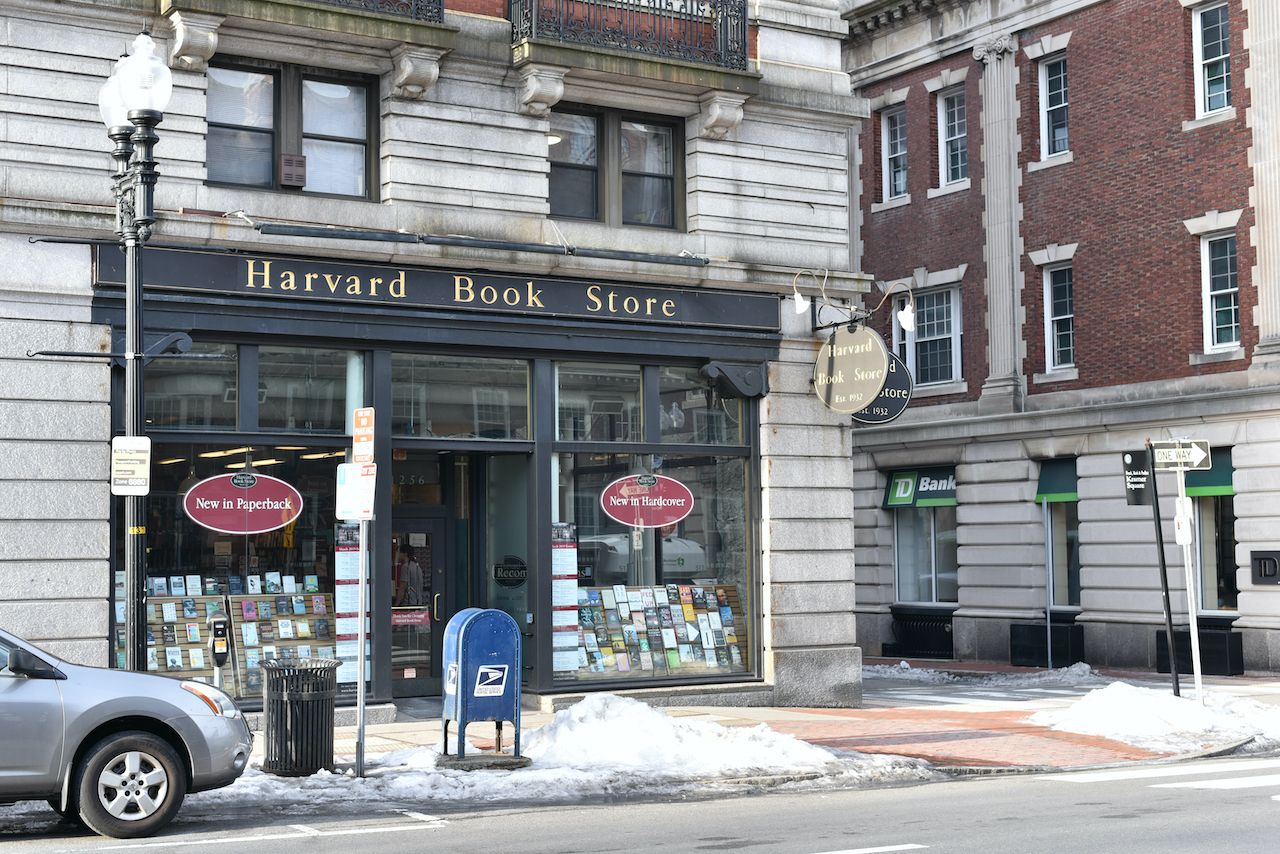 No association to Harvard University, this independent bookseller in Harvard Square, Cambridge, has been supplying readers with new and used books since 1932. It also has a selection of remaindered books, unsold copies that are returned to their publisher and then resold to booksellers like this one at a discount for a second shot on the shelves. 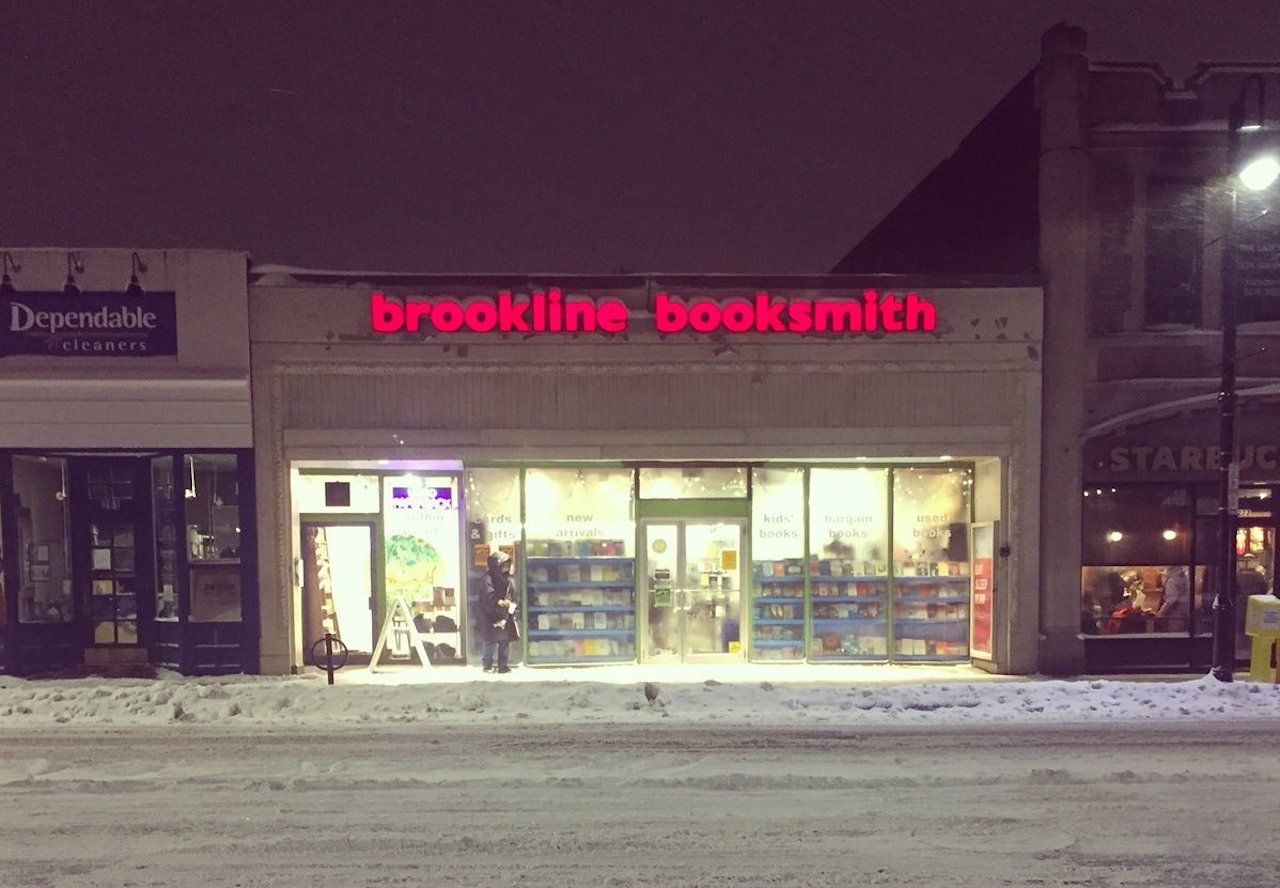 Located in lively Coolidge Corner in the Brookline neighborhood of greater Boston, this bookstore was among the first East Coast outfits to legitimize the paperback in the literary world, opening its doors as Paperback Booksmith in 1961. Alongside its wide range of literature, it hosts regular events like book signings, poetry readings, and the Readers & Writers Series, which invites authors to speak. 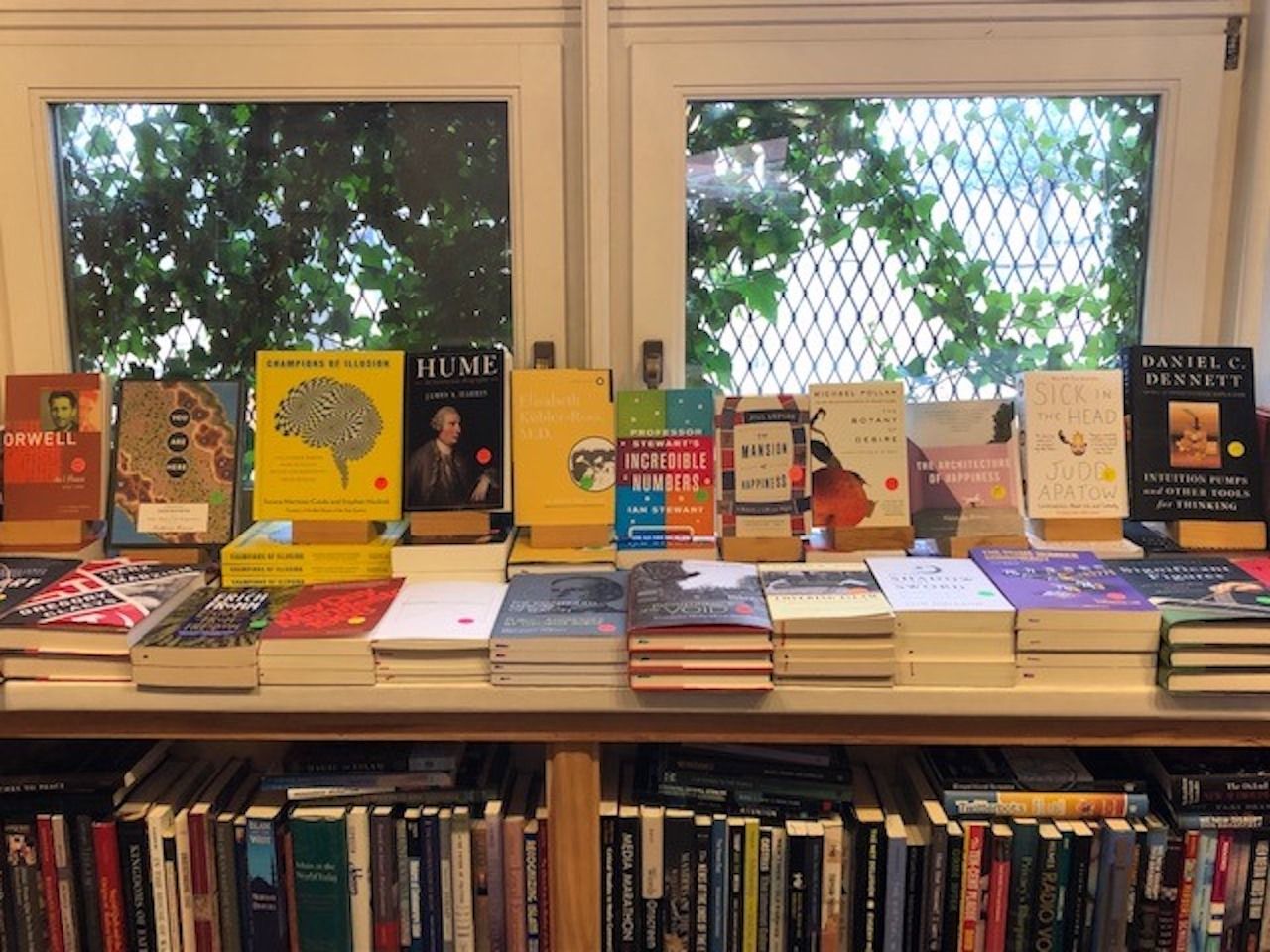 Raven Used Books is the ultimate hunting ground for used books, specifically scholarly texts. You won’t find any secondhand castoffs falling apart at the seams here, however. Raven sells the best in philosophic, scientific, historical, musical, artistic, architectural, and religious texts, all in great condition. With roughly 15,000 books stocked at any given time, and regular turnover, it joins the ranks of Boston’s top universities as an academic institution.

A wealth of antiques and specialized texts, notably a large selection of art monographs, Commonwealth Books places particular emphasis on art and architecture, religion and philosophy, history, and, of course, literature. It also stocks an impressive collection of prints, engravings, and maps that would delight even the most serious cartographer. It’s located in the heart of Boston, right in the middle of the Freedom Trail, so there’s no reason not to stop in. 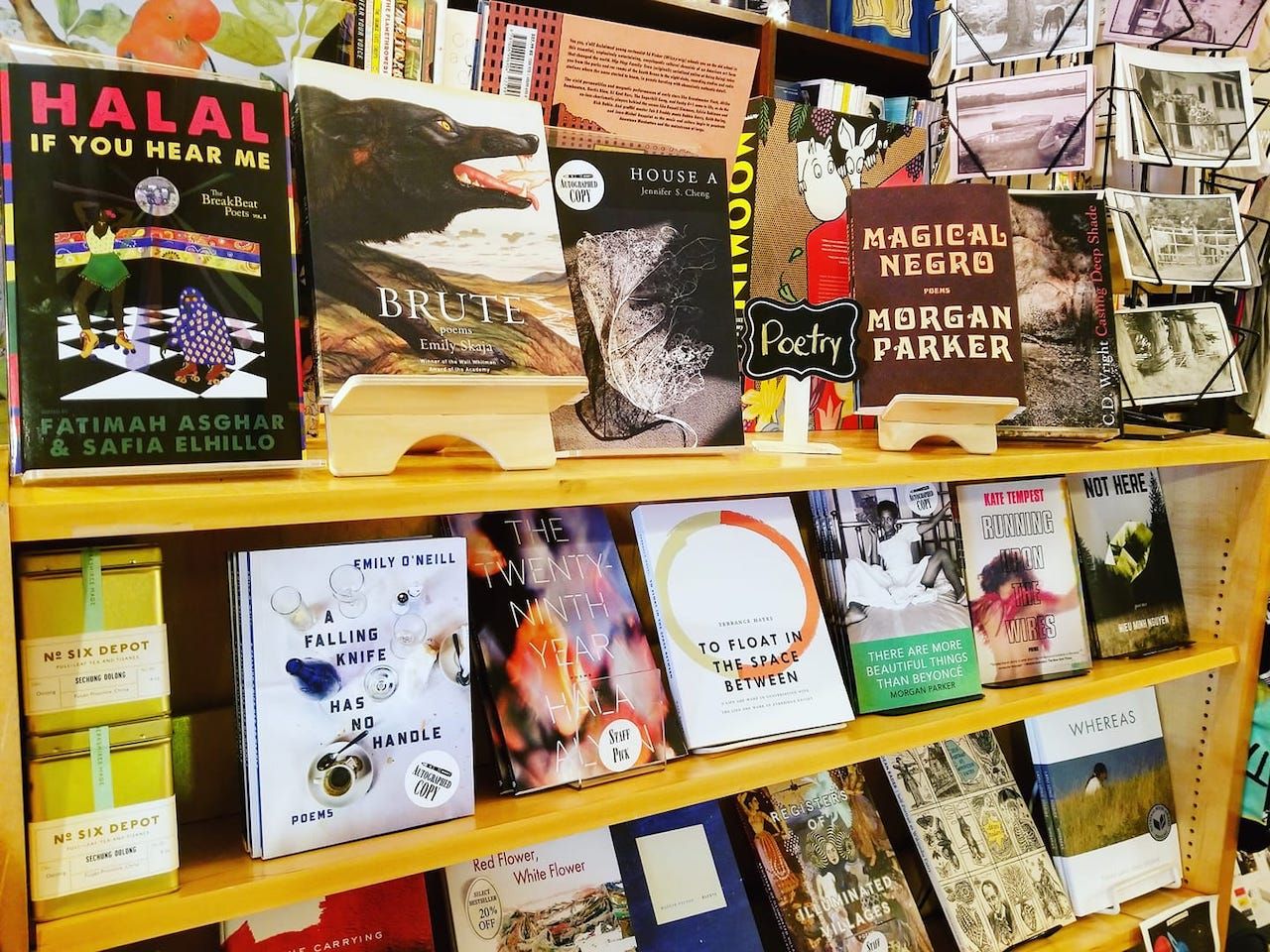 A woman-owned bookstores in the Jamaica Plain neighborhood, Papercuts regularly hosts leading female authors, such as Celeste Ng and Eve Ewing. It’s received accolades from The Boston Globe, Boston Magazine, The Improper Bostonian, and others. Stop by the small but formidable bookstore to peruse titles from the house publication Cutlass Press or otherwise, or check out the events calendar to see what’s on when you’re in town.

The Grolier was founded in 1927 as a bookshop specializing in first editions and private press books, with a smattering of poetry and avante-garde literature thrown in. It quickly became a stomping grounds for poets like Anais Nin, Robert Pinksy, and T.S. Eliot. Today, the book shop focuses solely on poetry, with one of the best selections in the Boston area. 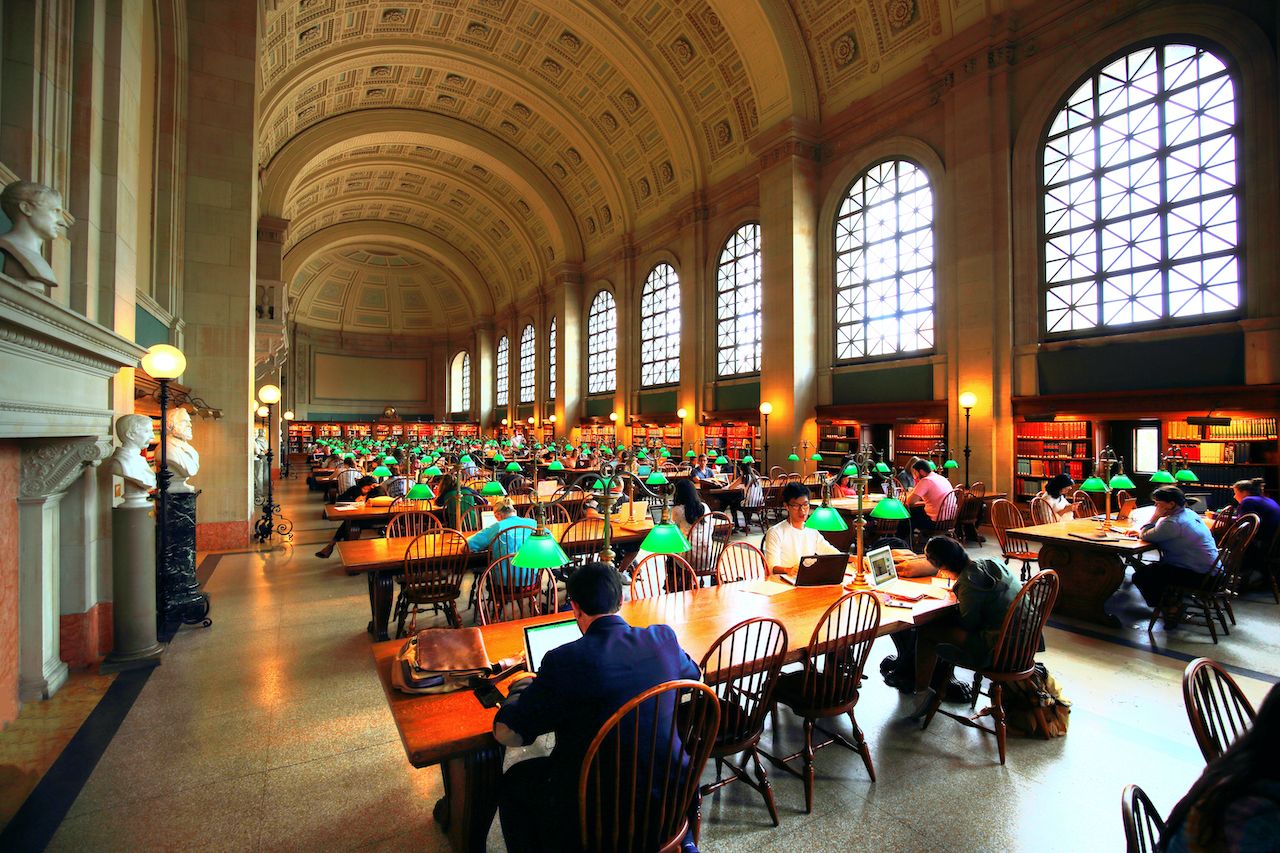 The Boston Public Library was the “first large free municipal library in the United States,” according to its website. The current building, the Central Library, sits in the heart of Boston’s Back Bay neighborhood in Copley Square. It’s one of the city’s top architectural monuments, as well as a boon for its residents, many of whom are students in need of a quiet, inspiring place to study. It was named a National Historic Landmark in 1986. 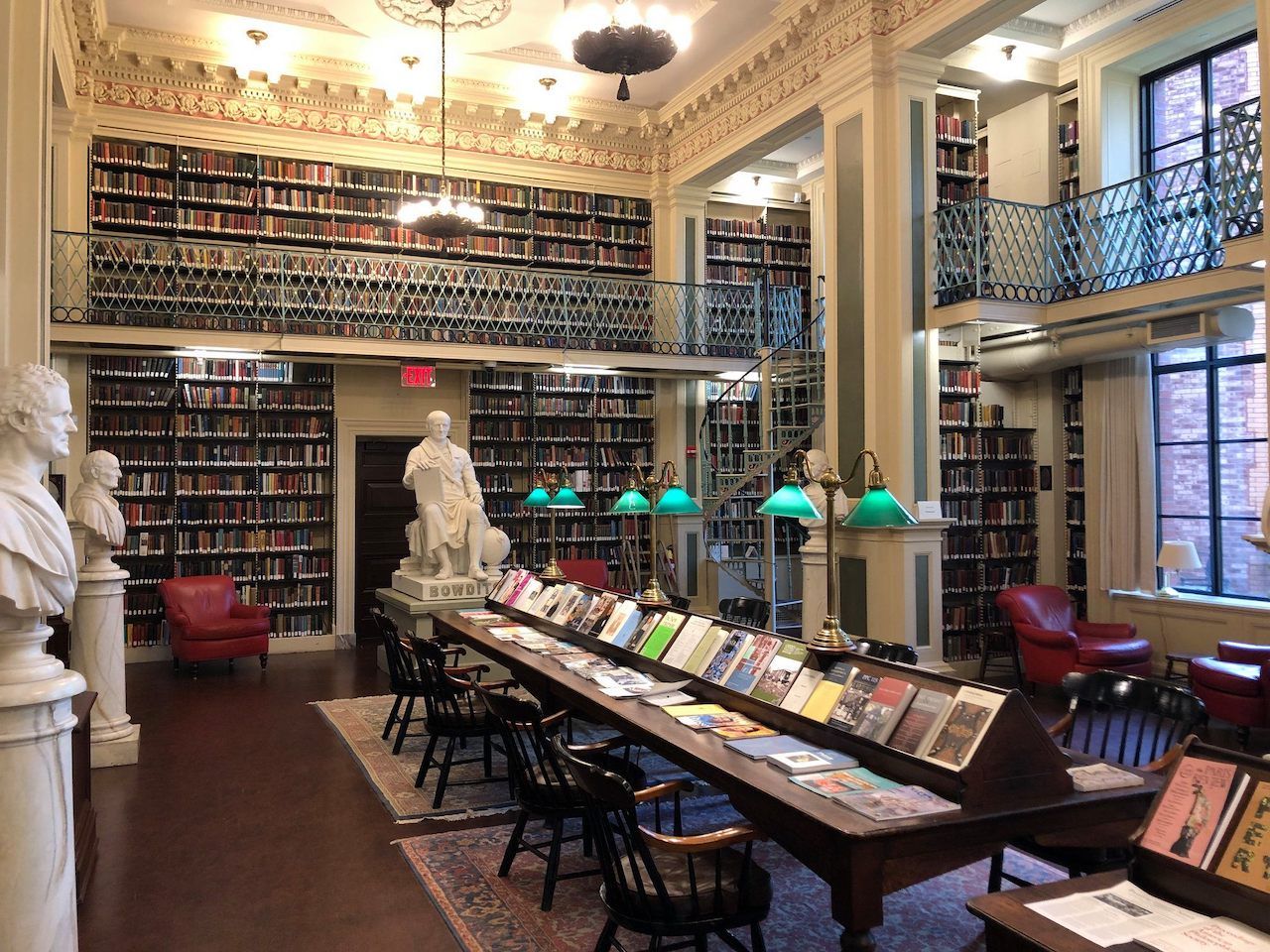 The Boston Athenaeum is a testament to what independent libraries can, and should, be. It’s among the oldest in the United States, earning its place on both the National Register of Historic Places and the National Historic Landmark registry. Inside, visitors will find rare books, including some from George Washington’s personal library and a collection of historical religious texts; artifacts ranging from maps to manuscripts from America’s earliest years; and other notable works in various mediums, including paintings, sculptures, and photographs. 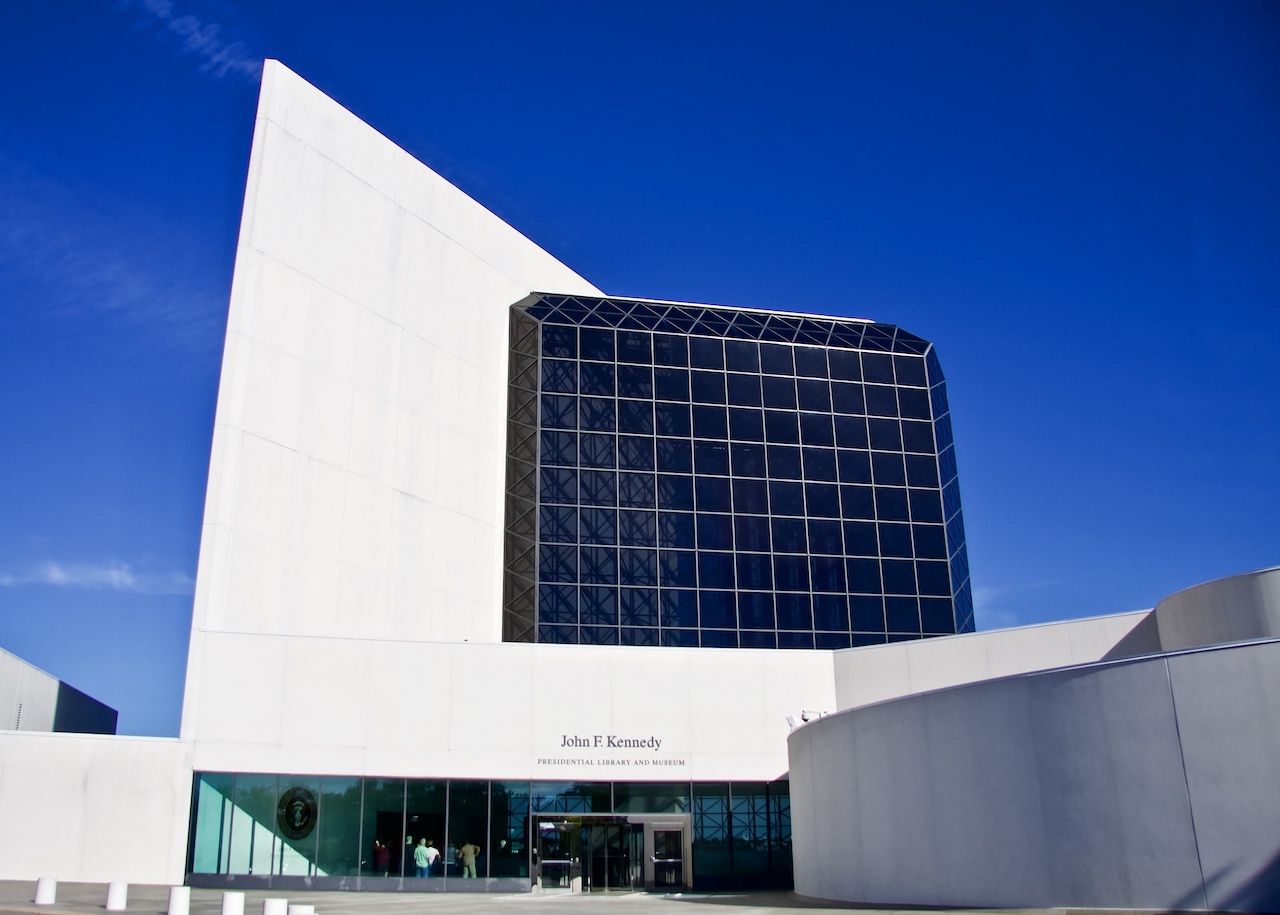 Just outside of Boston is the JFK Presidential Library, built in honor of the 35th president of the United States and a member of one of New England’s, and America’s, most esteemed political families. Visit to learn more about JFK, American history, and the country’s literary past. Particularly impressive is the Ernest Hemingway Collection, which houses over 1,000 manuscript materials, including the hand-written first draft of The Sun Also Rises. 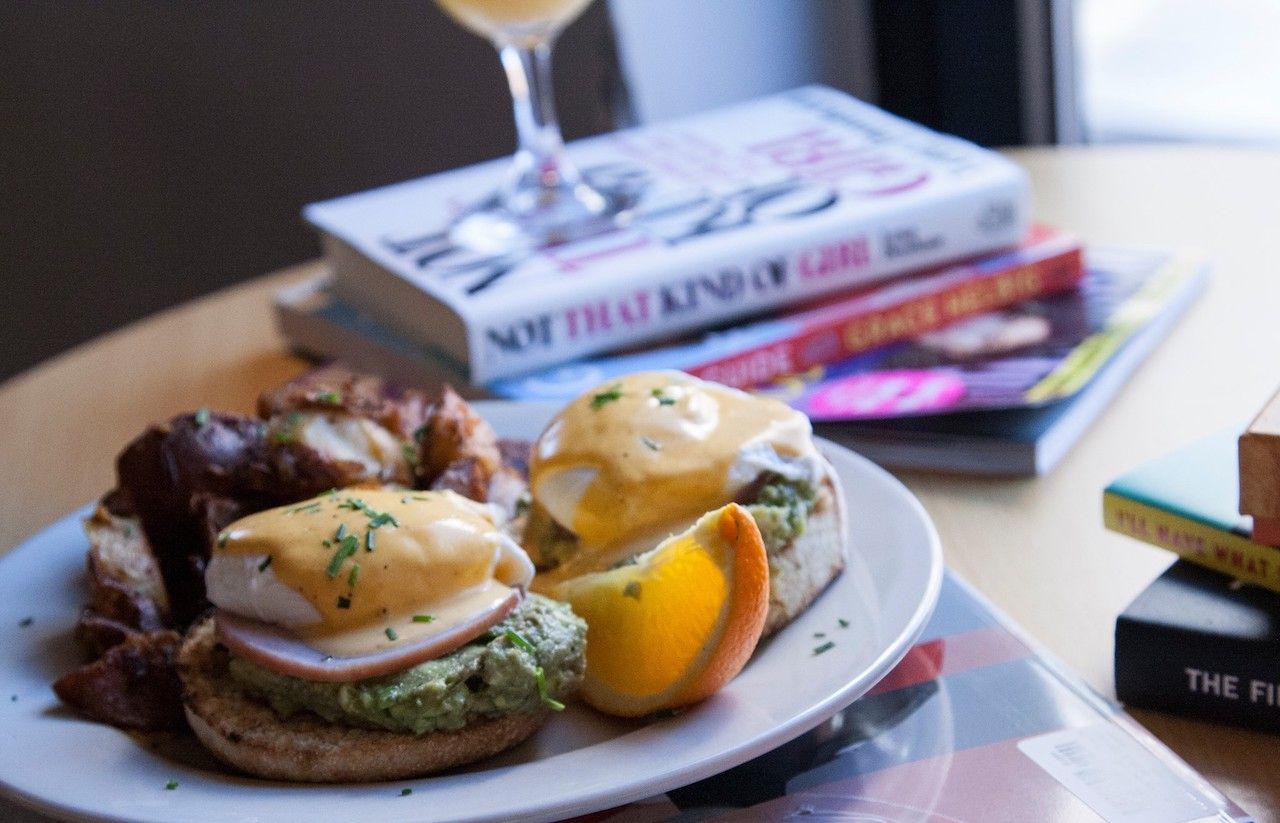 Many visitors to Newbury Street in Back Bay are there to shop, but book lovers should beeline for Trident, a hybrid bookstore and cafe where you could easily spend an entire afternoon pursuing both the shelves and the menu. Expect to see contemporary bestsellers across genres, as well as tasty treats like the Mega Benedict with short-rib gravy for breakfast or the Cape Codder sandwich with provolone, turkey, bacon, and cranberry mayo on grilled challah for lunch. Many menu items are vegan-friendly and gluten-free. 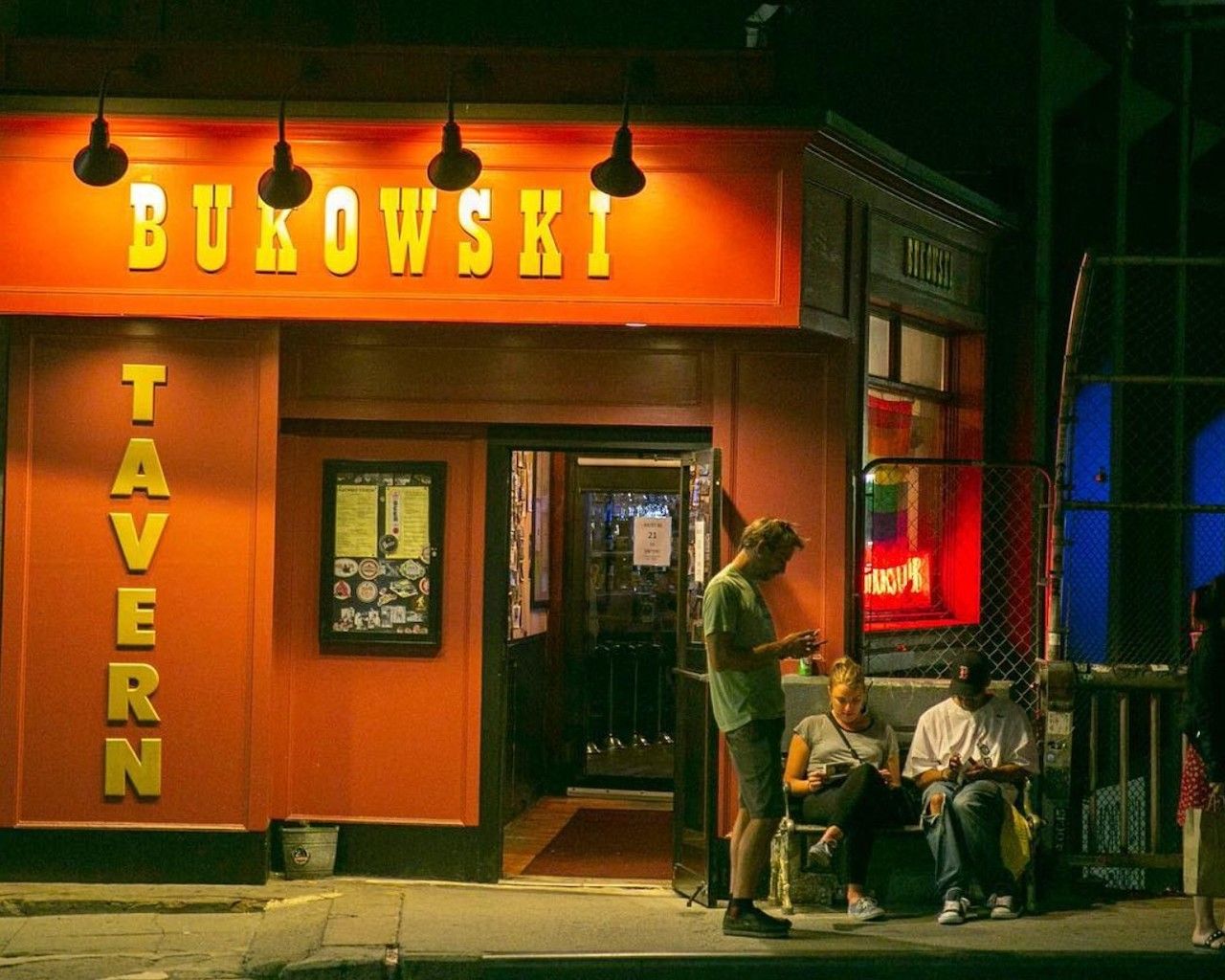 Charles Bukowski may not have patronized this dual-location watering hole, but he sure would have liked it. The decor is inspired by the famous author, poet, and misanthrope, and the staff serves up a little bit of attitude alongside great beer and solid snacks, just the way Bukowski fans like it. If you’re in town awhile, consider joining the Mug Club to work your way through the brew list. Note that the Boston location is cash only.

The Cantab Lounge is an artist’s haunt and favorite local dive in Cambridge. It regularly hosts live music, as well as poetry slams, open-mic nights, and other literary-inspired events. 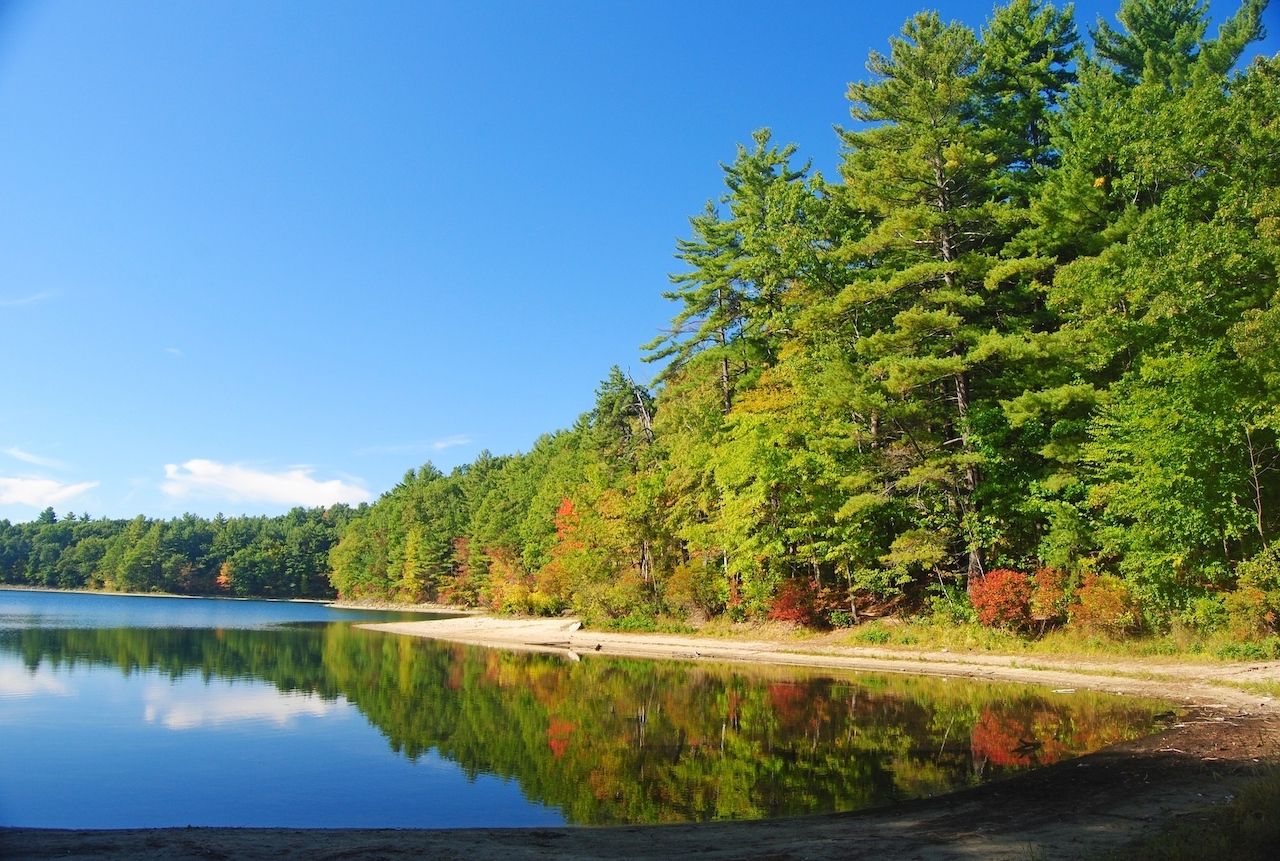 Ralph Waldo Emerson may be the father of transcendentalism, a literary and philosophical movement that emerged in the early 19th century, but Henry David Thoreau contributed some of its most influential works. Chief among them is Walden, which chronicles Thoreau’s two-year stint of simplicity and solitude in a cabin he built by Walden pond. Nature features heavily in transcendentalism as a source of divinity. See what inspired the masterwork yourself in Concord, Massachusetts, about 30 minutes northwest of Boston by car.

The Wayside and the Orchard House 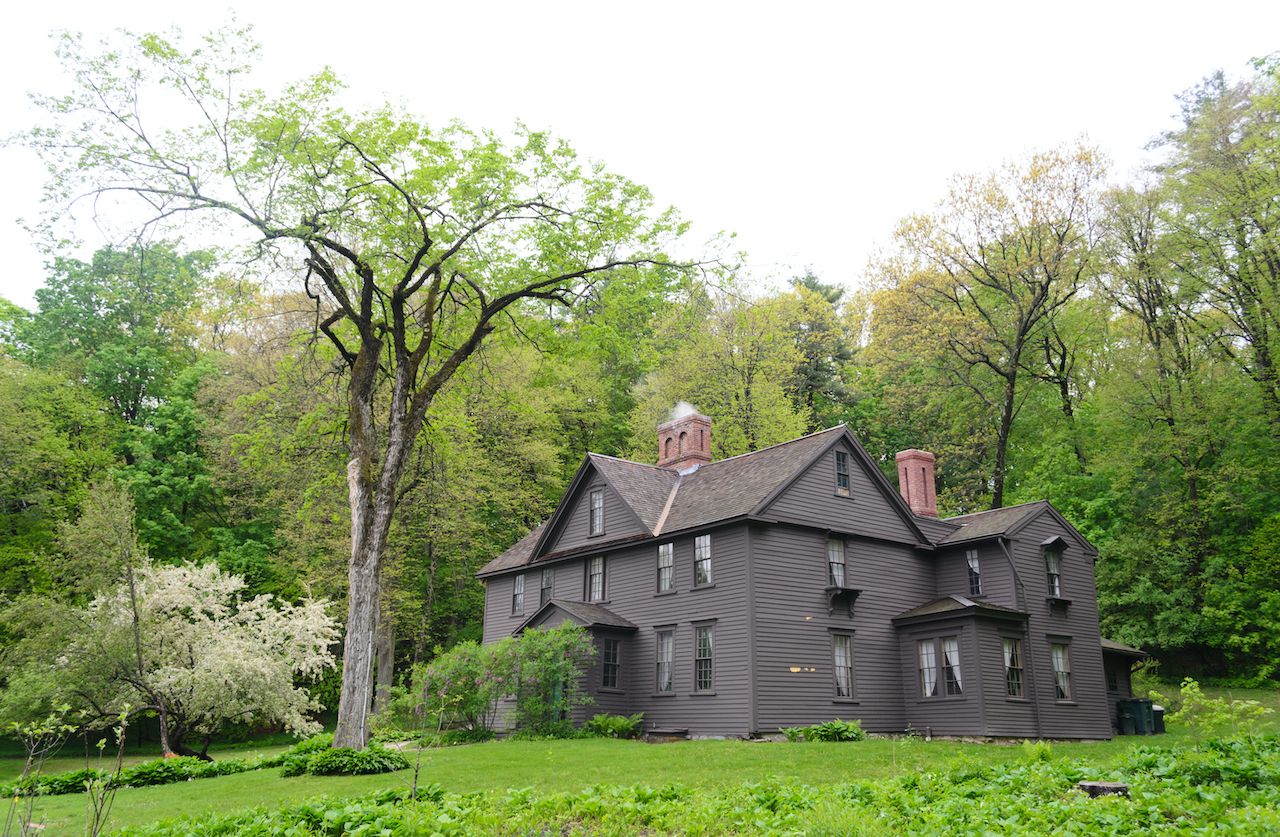 Also in Concord is The Wayside, home to both Louisa May Alcott and Nathaniel Hawthorne at different times. The Alcott family lived at The Wayside, then called The Hillside, for several years in the mid-19th century. Hawthorne purchased the home from the Alcotts in 1852, renaming it The Wayside. A few years later, the Alcotts bought the neighboring plot, calling it the Orchard House for the on-site apple orchard. It was there that Louisa May Alcott wrote, and set, Little Women, which was largely inspired by the family’s time in their Concord homes. 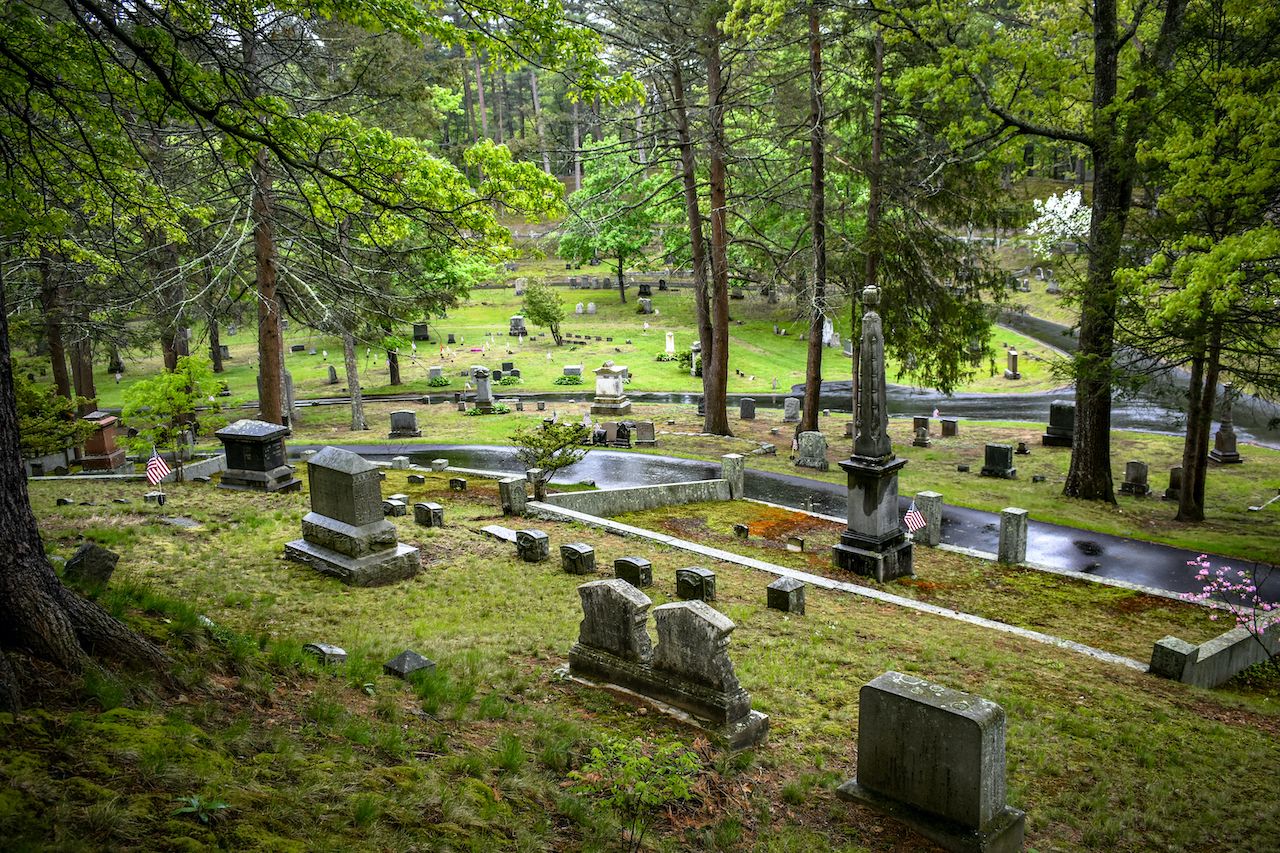 Before leaving the area, visit the Sleepy Hollow Cemetery, where many of Boston’s prominent thinkers and writers are buried. Among the literary icons laid to rest at the site’s “Author’s Ridge” are Louisa May Alcott, Ralph Waldo Emerson, Nathaniel Hawthorne, and Henry David Thoreau. 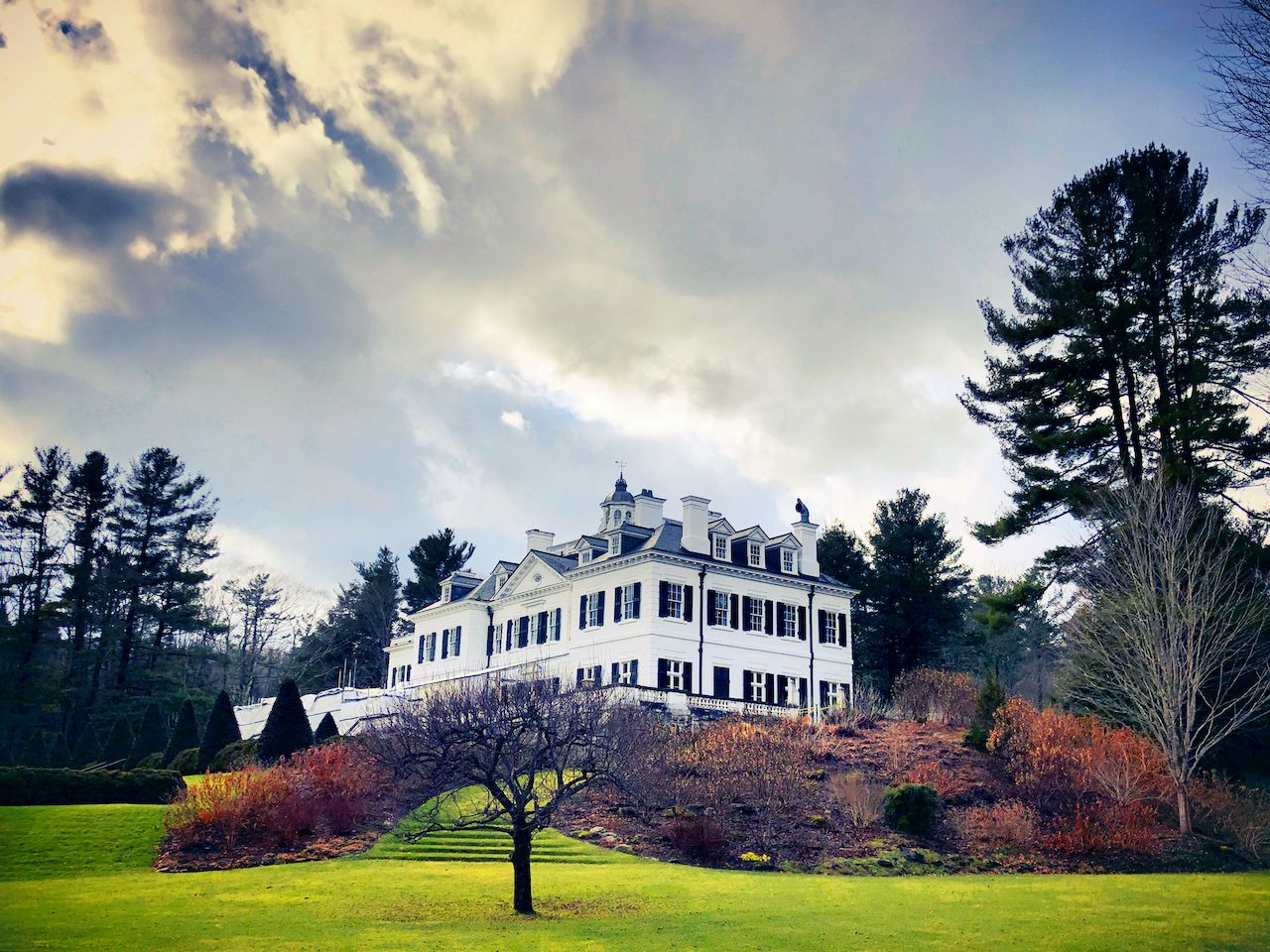 Edith Wharton was the first woman to win the Pulitzer Prize for her novel The Age of Innocence, snagging the coveted award in 1921 just four years after the prize was established. At the turn of the 20th century, she helped design a country estate called The Mount, where she would live for roughly a decade. The beautiful Berkshires location is reason enough to visit, but the National Historic Landmark is particularly special for anyone with an interest in literary history.