The San Francisco Bay is central to the Bay Area’s identity. It’s right there in the name. Yet most people conjure images of cities when they think of the Bay Area: San Francisco, the East Bay’s Oakland and Berkeley, and maybe Sausalito on the other side of the Golden Gate Bridge. They may picture a sailboat or two passing beneath the bridge but likely fail to envision the islands that pepper San Francisco Bay itself — aside from Alcatraz. Few probably even know that the area hosts almost 20 islands, each with its own character. From wild archipelagos to beachy cities, here are nine of the most scenic, historic, and quirkiest islands around and in San Francisco Bay. 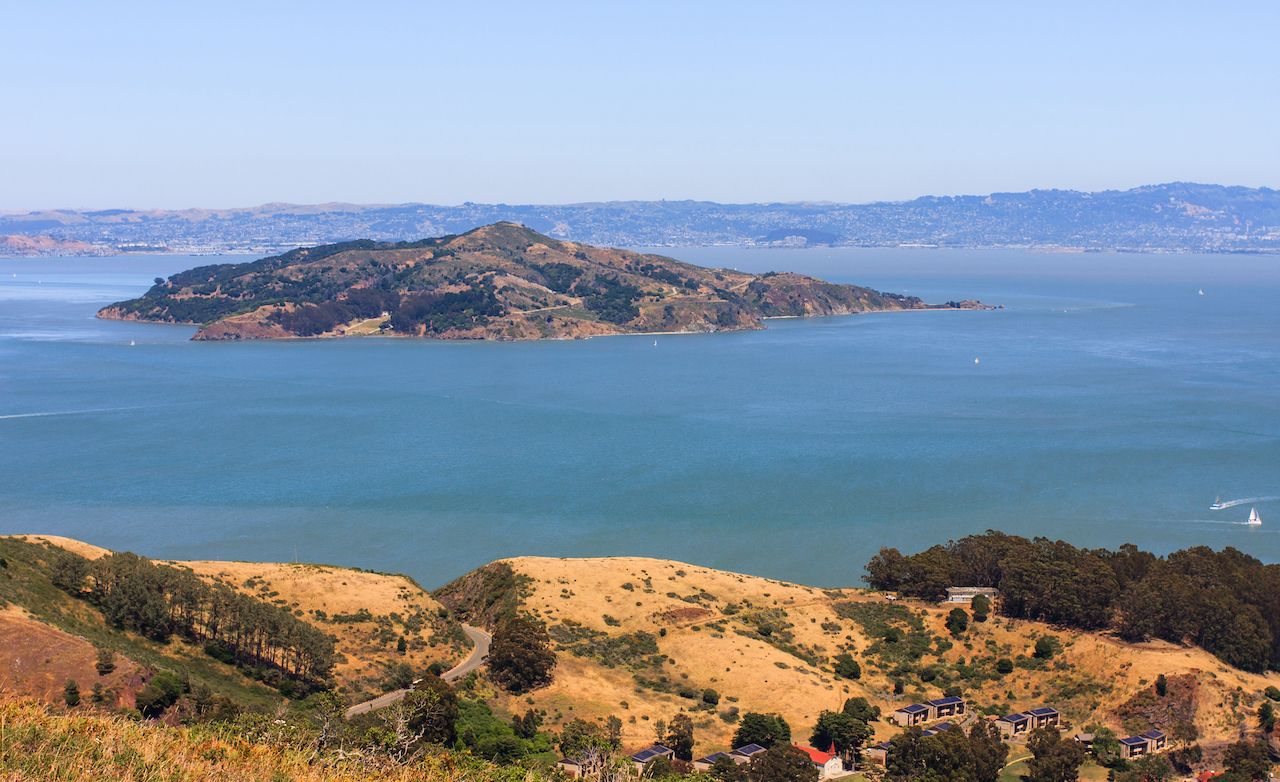 Angel Island is the largest of San Francisco Bay’s natural islands. It’s also a state park of great natural and historical value, with a human history tracing back to the Indigenous Coast Miwoks. Spanish explorers arrived next. Then, in the first half of the 20th century, the island was used to process half a million immigrants, similar to New York’s Ellis Island. During the World Wars, it variously served as a disembarkation point for US troops or to detain residents of Japanese, German, and Italian ancestry. Later, it served as a missile base until the mid-1900s. Now, Angel Island is a popular day trip from San Francisco, with an extensive network of hiking and cycling trails, a couple of picnic-ready beaches, and historic sites like Immigrant Station and Fort McDowell to visit. 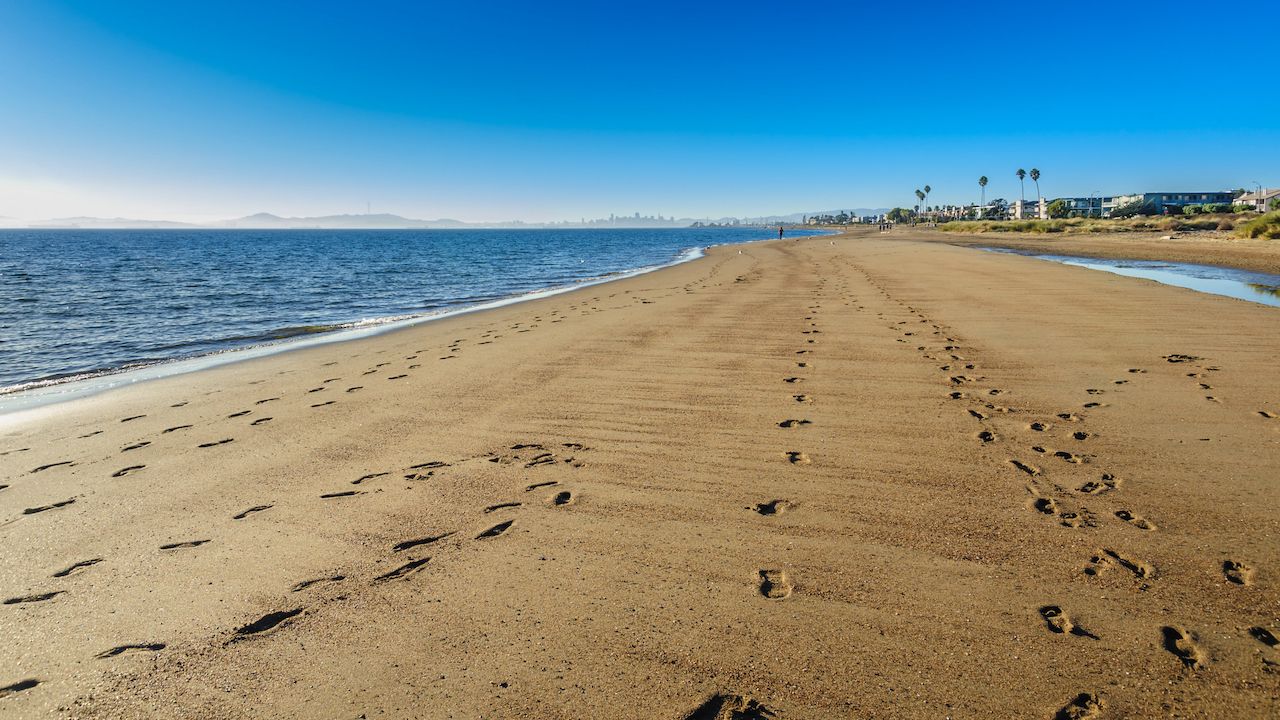 Alameda is an island like Manhattan is an island. You have to cross the water to get there, via bridge or tunnel from Oakland, but once you’re there, it’s a city unto itself. Unlike Manhattan, this city of roughly 78,500 residents feels more like a big beach town. Crown Memorial State Beach is a favorite for wind and kitesurfing. However, as water sports go, it’s hard to beat kayaking past the USS Hornet naval aircraft carrier, if not climbing aboard to tour the sea, air, and space museum now operating there. Afterward, consider an Alameda brewery hop, starting with the bay views from Faction‘s deck, or channel your inner vintage gamer at the interactive Pacific Pinball Museum. 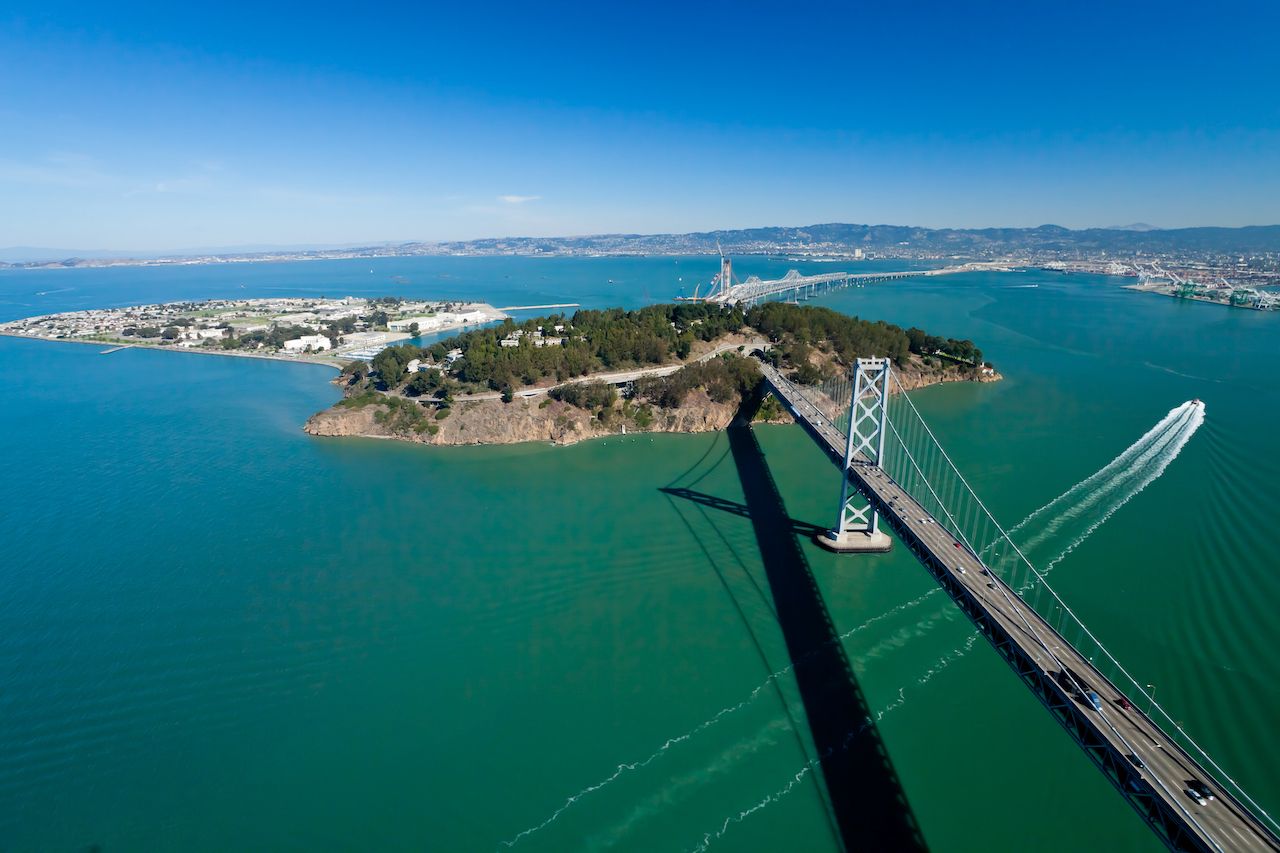 Of the islands in San Francisco Bay, Treasure Island holds the distinction of being human-made. It was built to host a 1939 World’s Fair, which in part commemorated the newly erected Golden Gate and Bay Bridges. The island later became a naval station during the Second World War and remained one until the 1990s. Today, it’s somewhere between a ghost town and a destination, with a handful of restaurants, wineries, and scenic overlooks for visitors to enjoy. The most popular event hosted there is the monthly TreasureFest flea market, which showcases local food and drinks, thrifted clothes and upcycled goods, botanical stands, as well as live music and entertainment. Attached to the island via causeway is another of San Francisco Bay’s islands, Yerba Buena, which is primarily residential but also plays host to a calm beach at Clipper Cove. 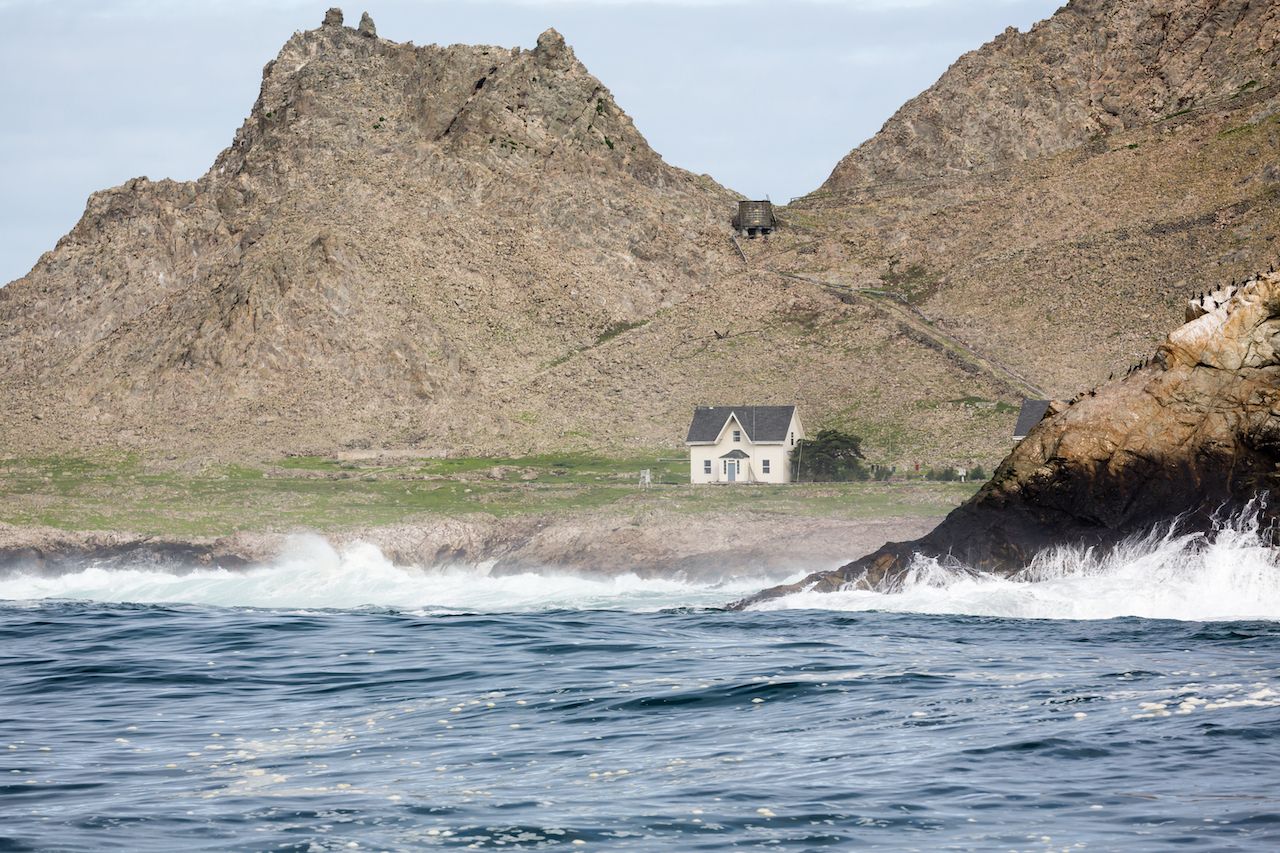 Rugged and remote, the Farallon Islands don’t sit within the bay but in the open ocean, roughly 30 miles west of the Golden Gate Bridge. The archipelago belongs to a national wildlife refuge that spans more than 3,000 square miles of the Pacific coastline. Whale watching is a major draw to the wild Farallones, which are visited by gray, blue, humpback, and killer whales throughout the year. Other sea life, including dolphins and sea lions, can be spotted year-round. Farallon Islands National Wildlife Refuge also plays host to the largest breeding colony of seabirds in the contiguous United States, protecting such species as puffins, cormorants, and gulls. For the best wildlife watching, visit between July and October to catch humpback and blue whales before they leave for Baja. 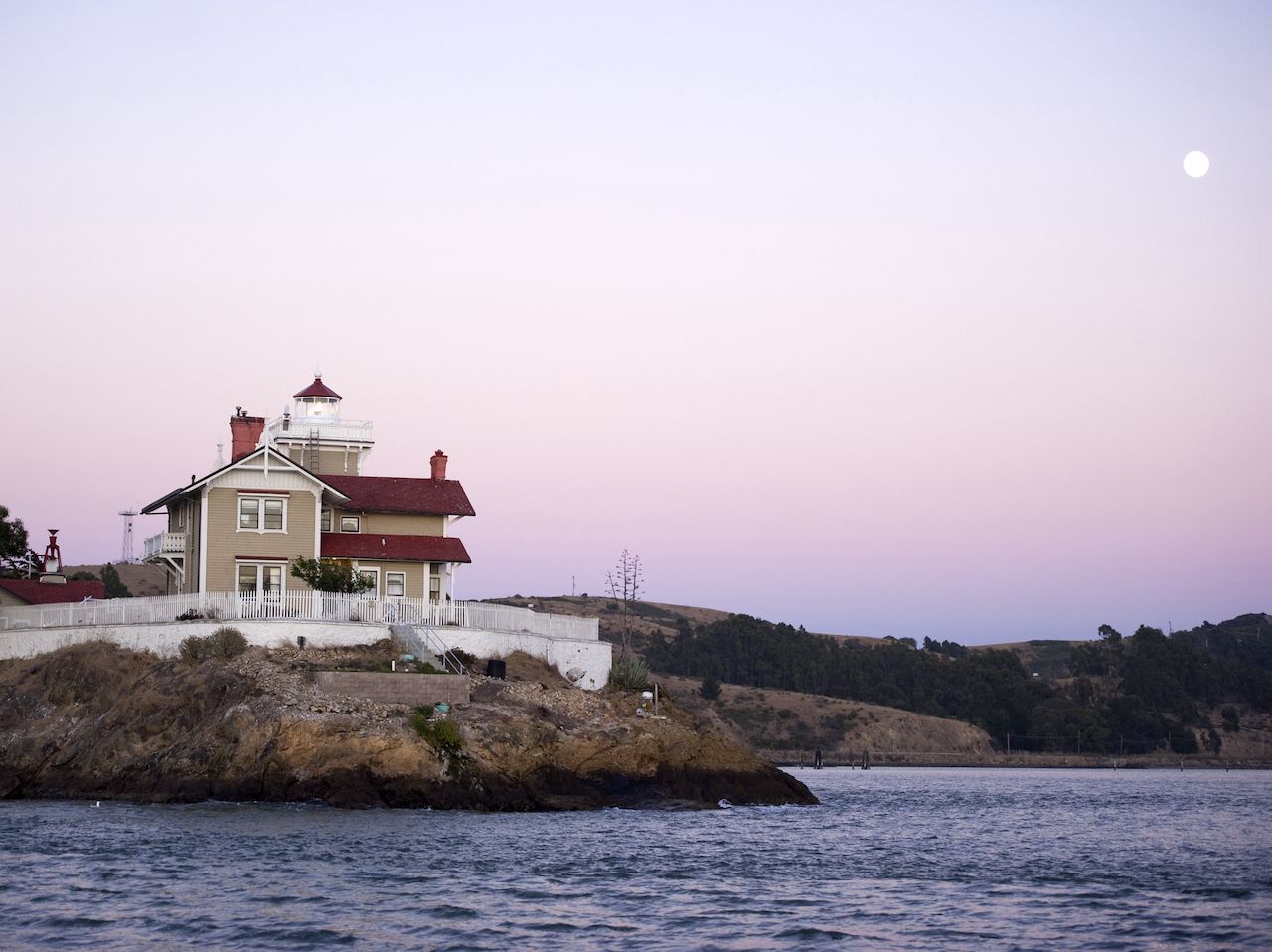 Tiny twin islands East and West Brother are situated in San Rafael Bay, which separates San Francisco Bay from San Pablo Bay. West Brother Island is little more than a hunk of rock, but East Brother Island is a proper attraction as it’s primarily occupied by a Victorian-era lighthouse that has doubled as a bed and breakfast since 1979. Guests will appreciate the inn’s seclusion while admiring views of San Francisco and Marin County, including Mount Tamalpais. 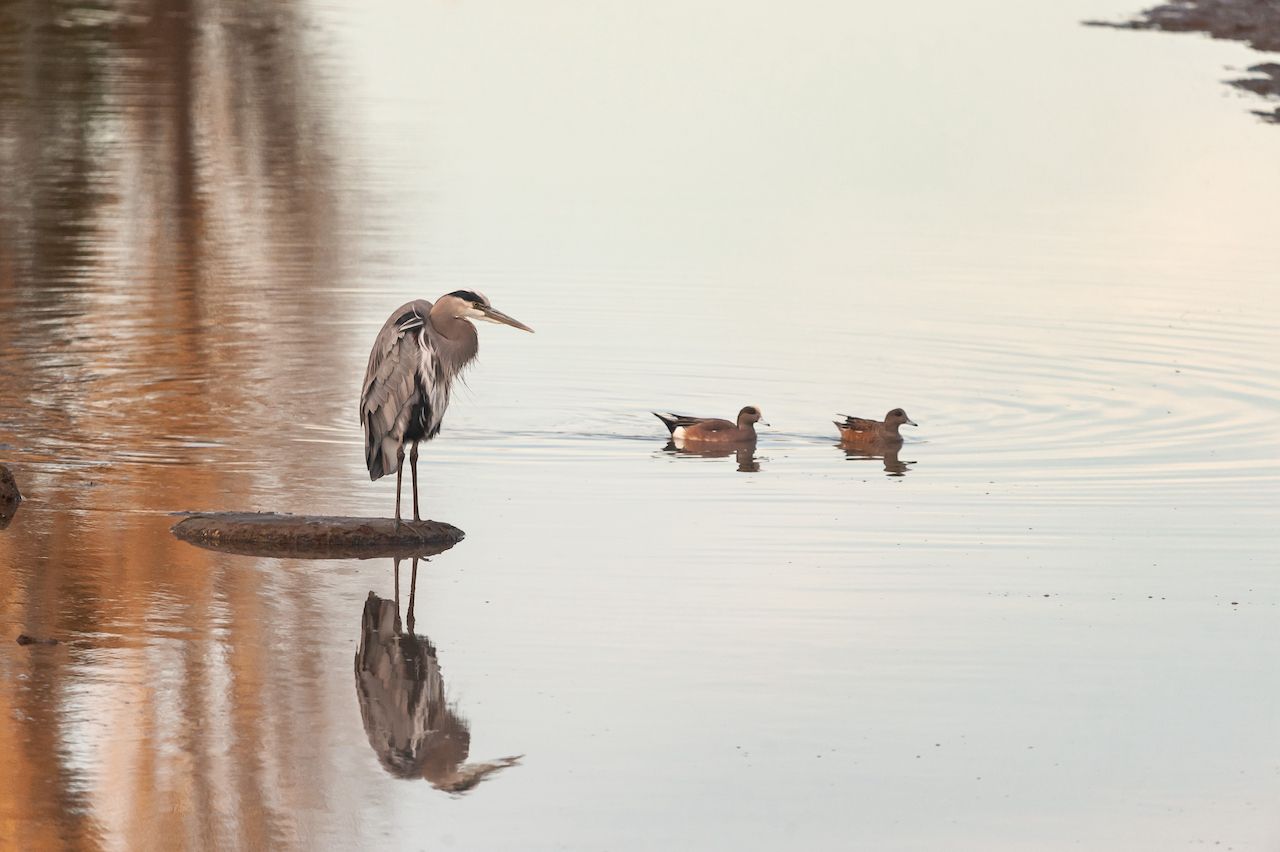 A regional preserve located just south of the East Bay city of Richmond, Brooks Island is most impressive as a nesting ground for 18 bird species. However, it’s not all fauna here; Among the most striking flora are the island’s spring wildflower blooms. Tours of the nature sanctuary are allowed by reservation only. East Bay Regional Park District naturalists guide visitors by kayak, spotlighting the island’s natural attraction and relics of its human history. While surveying Brooks Island, visitors should look out for shell mounds, ancient refuse heaps made up of organic material that the island’s first inhabitants left: Ohlone Indians. 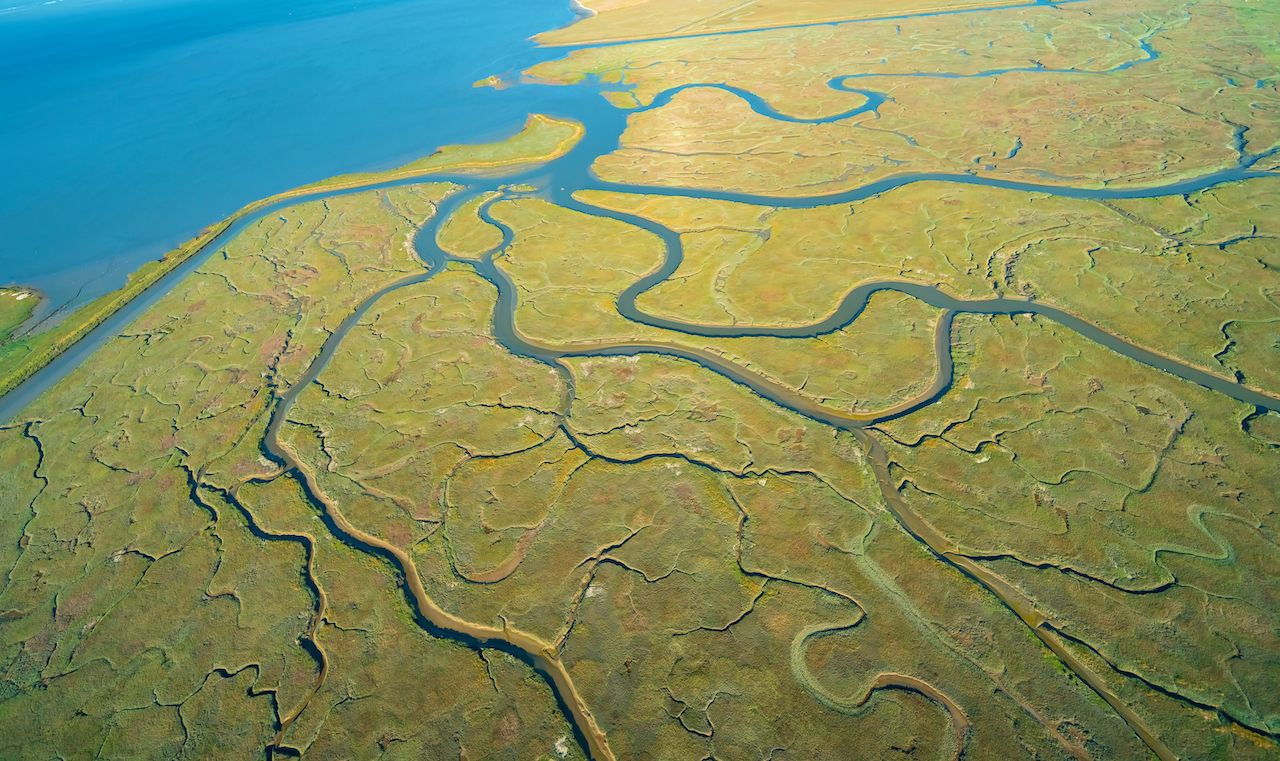 Bair Island is not one but three islands in San Francisco Bay: Inner, Middle, and Outer. It’s located within the Don Edwards San Francisco Bay National Wildlife Refuge. Together, they’re considered the largest undeveloped island in San Francisco Bay, and roughly two-thirds of their combined 3,000 acres belong to the Bair Island Ecological Reserve. Once used as salt ponds, the reserve has been restored to its natural state as a tidal wetland. Visitors are welcome to survey the wildlife, which includes endangered species like the salt marsh harvest mouth. Both fishing and hunting are allowed in accordance with California Department of Fish and Wildlife regulations. 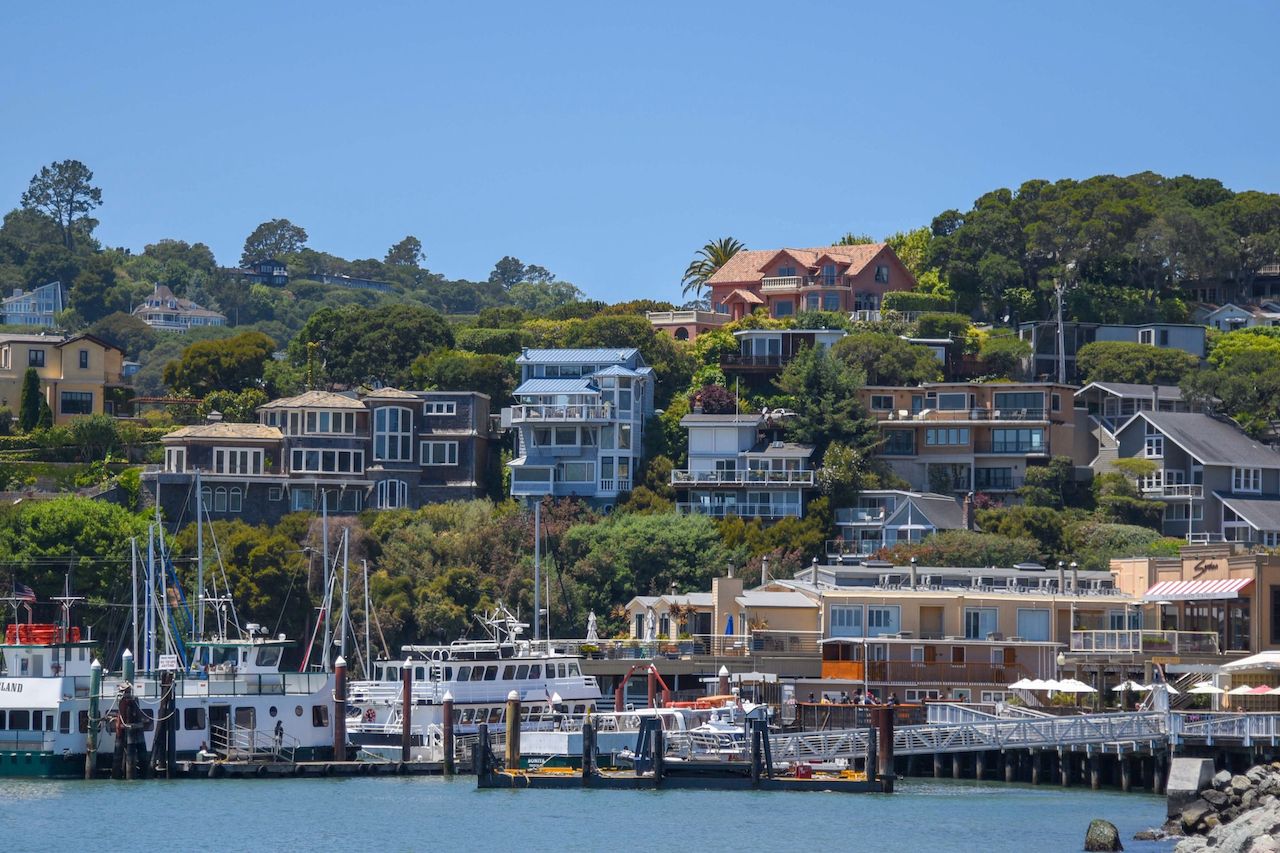 The city of Belvedere spans two islands in San Francisco Bay: Belvedere Island and the much smaller Corinthian Island, which connect to mainland Marin County via causeways. Together, they comprise one of the highest-income cities in California and even in the United States. Belvedere primarily showcases some impressive architecture, ranging in style from Victorian to mid-century modern; the Valentine Rey House designed by Willis Polk in 1893 is even listed on the National Register of Historic Places. The Corinthian and San Francisco Yacht Club (the oldest on the Pacific Coast and one of the finest in the country) are also located in Belvedere. Both are renowned for their regattas, though guests can also seek sailing instruction at either club. 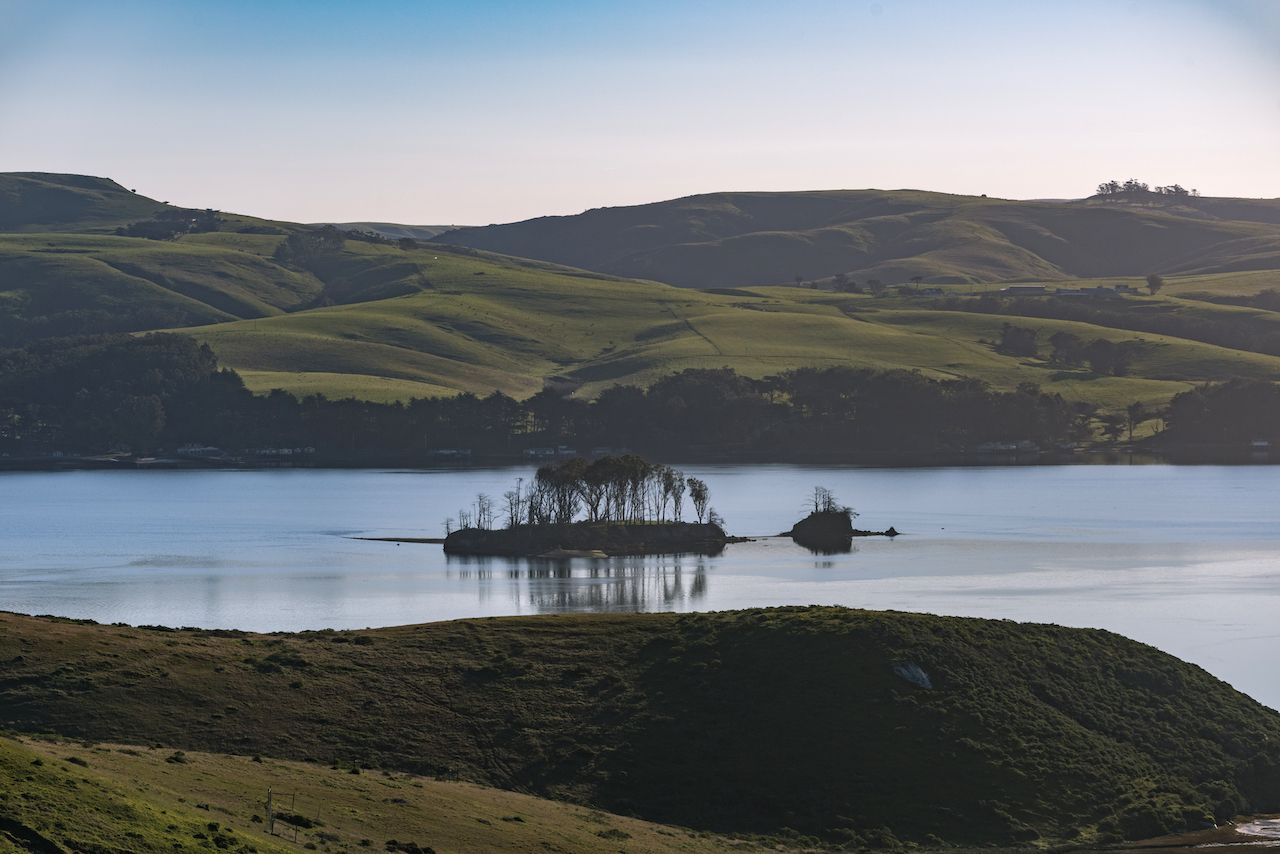 Hog Island is a well-known name in the Bay Area, owing to the Hog Island Oyster Company, a leader in the oyster farming industry with popular restaurants across the Bay Area. The island itself is actually located in Tomales Bay, approximately 30 miles north of San Francisco in West Marin, where it abuts Point Reyes National Seashore. On sunny days, kayakers enjoy paddling around Tomales Bay and Hog Island before filling up on fresh oysters from the Hog Shack off the Shoreline Highway. Note that the island is also a stomping ground for harbor seals, so access is limited during pupping season between March and June.

Where to StayThe most unique weekend getaways near San Francisco you can rent on Airbnb
Tagged
Parks + Wilderness San Francisco, CA, United States
What did you think of this story?
Meh
Good
Awesome

The ultimate guide to all 2022 national park permits in the US for hiking, backpacking, and more
6 beautiful frozen waterfalls in Montana to see this winter
This European country has 6,000 grizzly bears. Here’s where to see them up close
5 states with the most scenic and laid-back nude beaches
Your next road trip could be in futuristic electric RVs and Airstream trailers

Killer rock climbing in and around San Francisco