Europe’s top cities have some things in common: landmarks recognized the world over, food worth cooping up on a flight for, and some sort of beer or wine culture come to mind. But it’s a special few that have all that and spectacular hiking within or just outside of city limits. Luckily for anyone who likes to break up museum visits and diet-defying meals with cardio and bird’s-eye views, these seven European cities make it easy to add hiking to your itinerary. Here’s the best trek by each one. 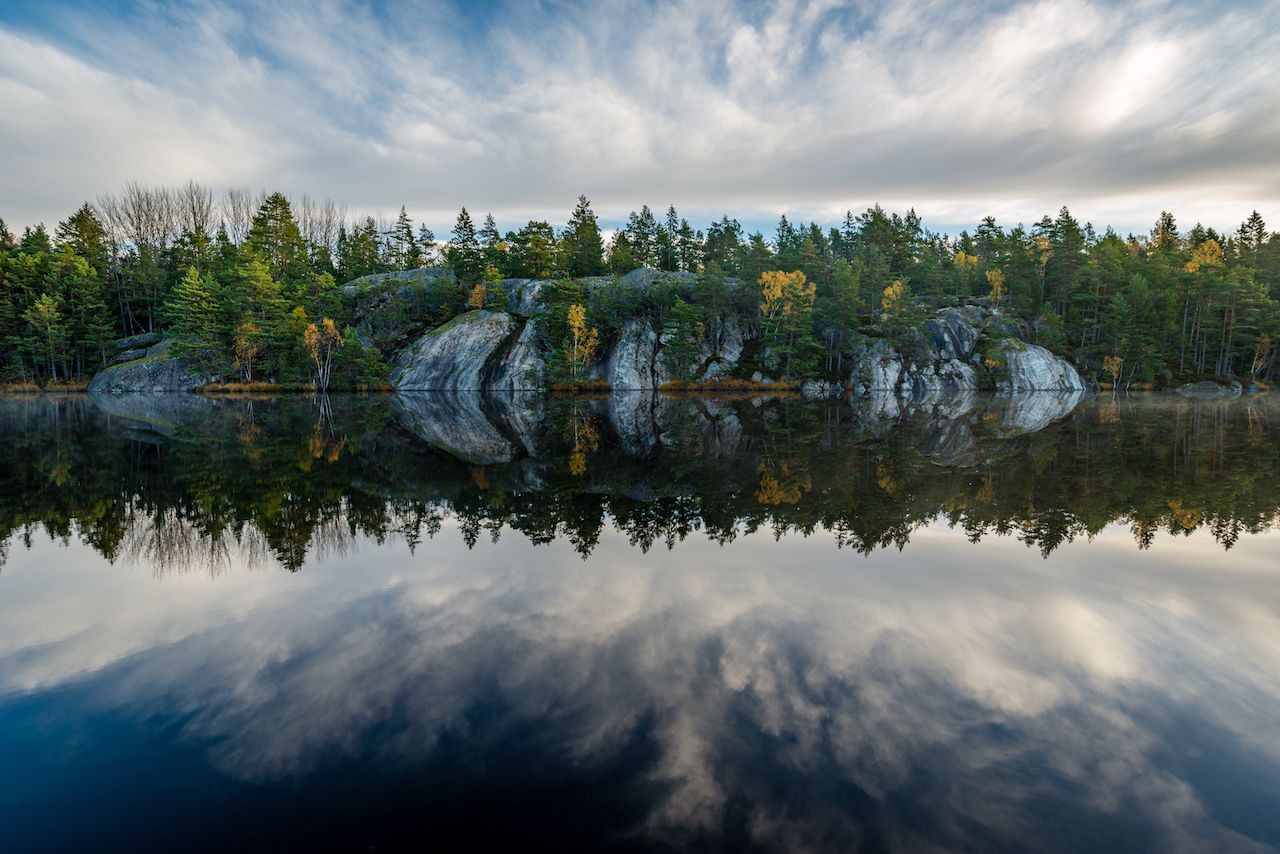 Of course Sweden’s capital is a stone’s throw from one of the country’s most extensive trail networks. It’s so close, in fact, that hikers can actually set off on the Sörmland Trail from the Björkhagen metro station in Stockholm. Not far outside the city, the trail dips into forest valleys and passes lakes that are ripe for bird watching on its way to the coast. The full trail covers more than 600 miles, but it’s split up into shorter sections that are between one and 13 miles long. Bring a tent if you’re interested in an overnight. There are some shelters along the way, but you’re better off sleeping under the stars. 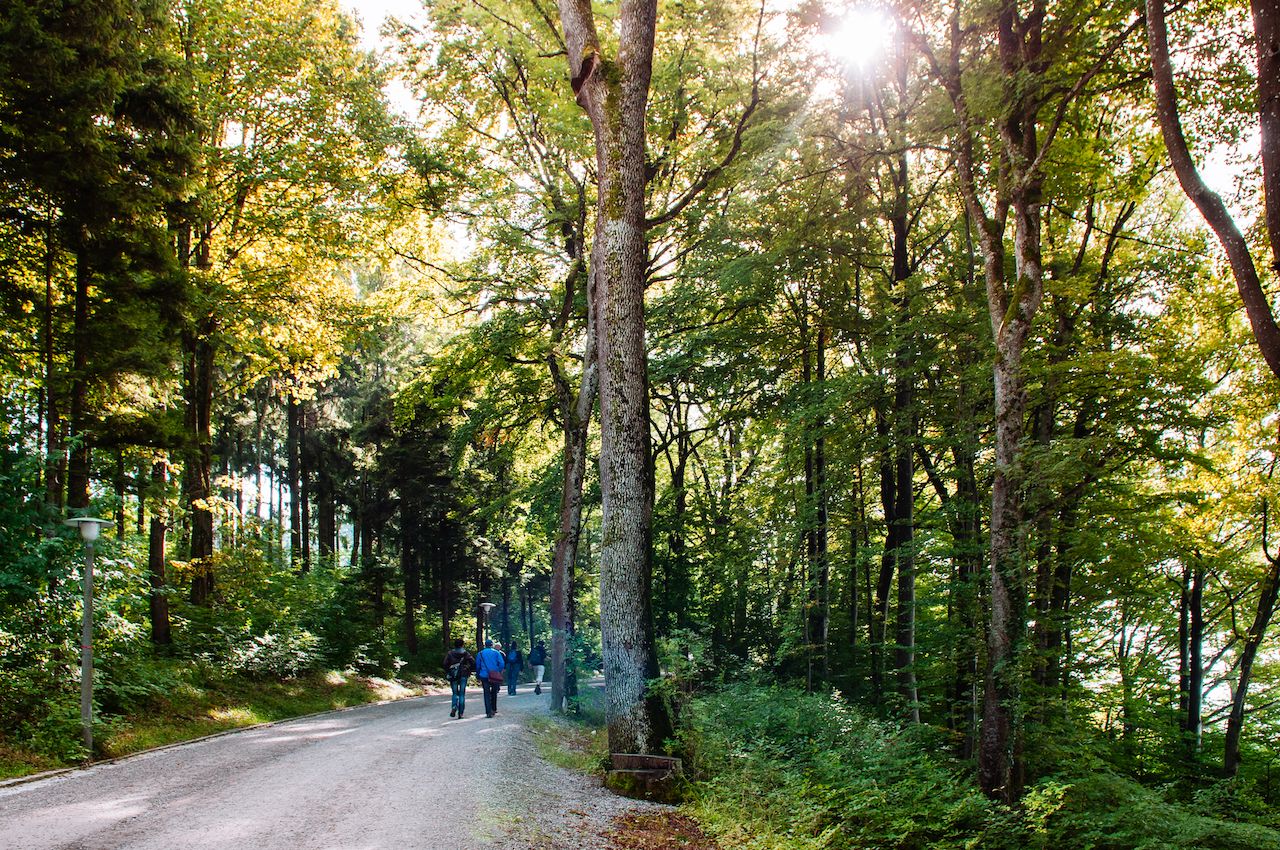 The promise of halfway decent views is all it takes to sell a hiker on a new trail. This trail, which runs between Uetliberg mountain and the Felsenegg vantage point on the outskirts of Zurich, certainly has the views, but the two-hour hike also has a theme that’ll make you nostalgic for fifth-grade science class. It takes you on a tour of the solar system, past models of all eight planets plus Pluto, with every meter of trail standing in for a million kilometers of space (roughly one foot to 200,000 miles). It’s more of a long walk than a strenuous hike, so that’s two reasons this one’s good for the family. 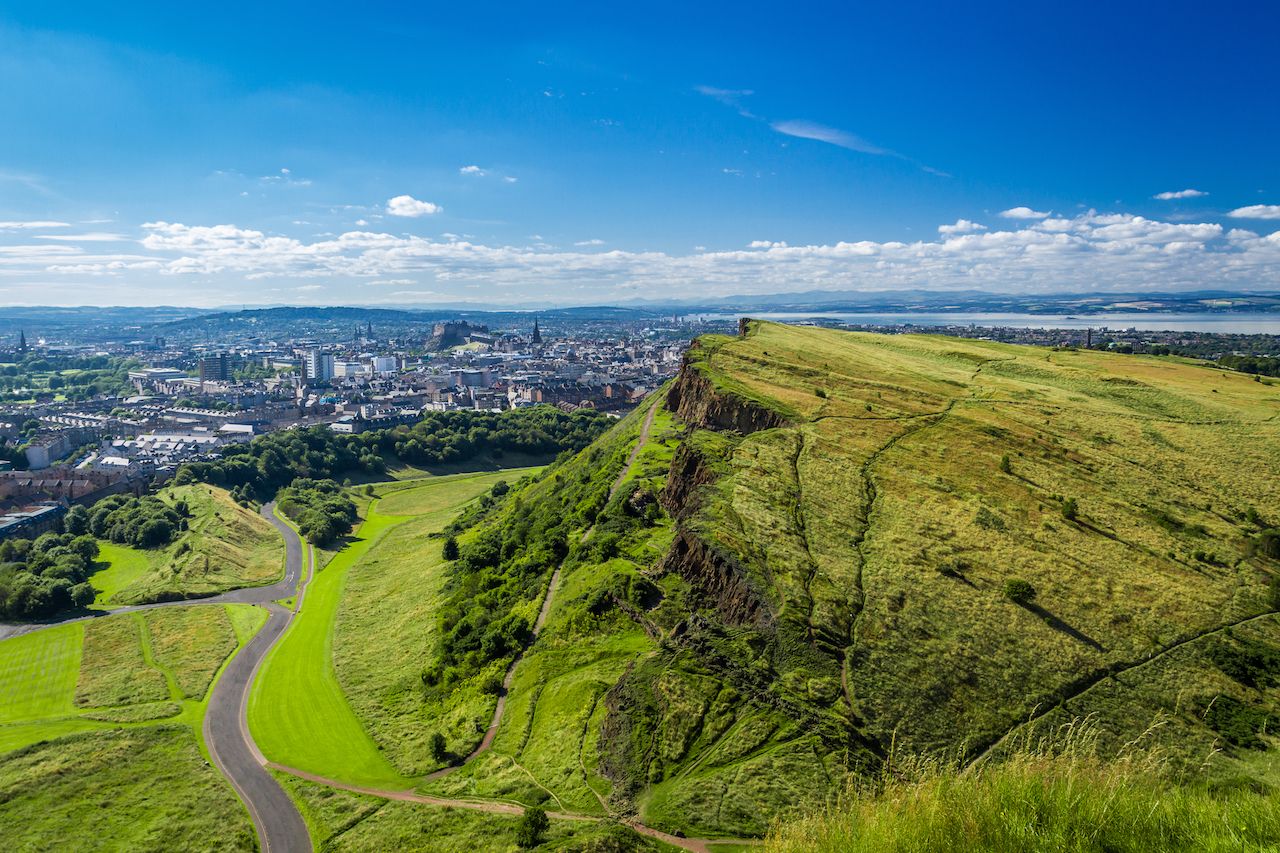 A city as pretty as Edinburgh deserves to be viewed from above. And there’s no better place to take in every medieval, neoclassical inch than from Arthur’s Seat, the tallest point in Holyrood Park not far from the city’s Royal Mile. A hill fort tracing back at least two millennia sits atop the extinct volcano, which no doubt dates back many more millennia. It’s a steep, rocky climb up 823 feet to the top, with some stretches of meandering escarpment. You’ll find routes of varying difficulty, including a popular trail that runs through the Salisbury Crags. 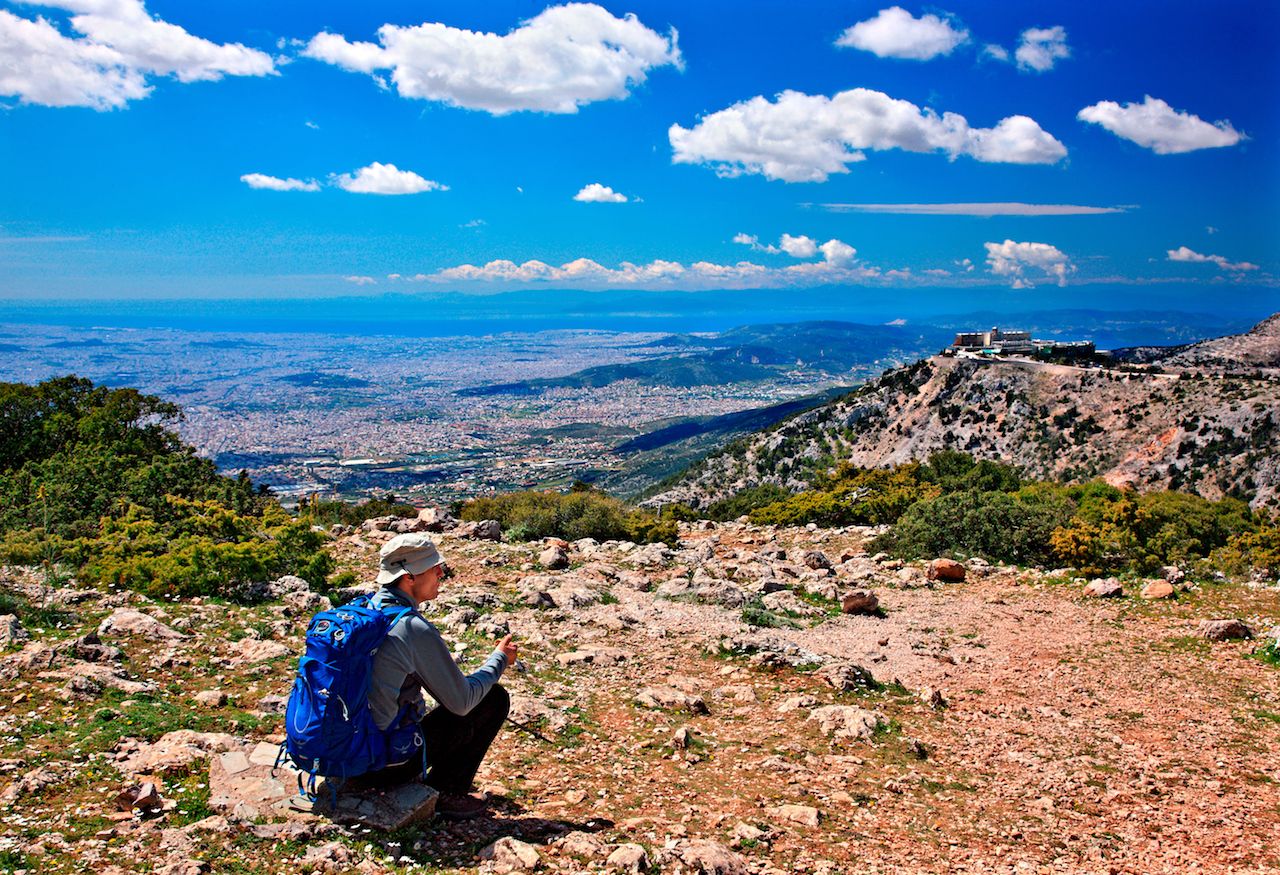 Half an hour north of Athens by car is Mount Parnitha, the tallest range in the vicinity and the prancing grounds of Greek god and flutist Pan, according to myth. The mountain has a wealth of hiking and mountain biking trails, karst caves decked out in stalagmites and stalactites, herbs to pick and animals to spot, religious monuments, and old fortresses denoting Greece’s ancient history. Enjoy the forested hills and views over Athens on any combination of the site’s 12 marked trails, including those leading to and from the mountain’s hiking refuges, Bafi and Flambouri, where you can stop for a rest or even stay the night. 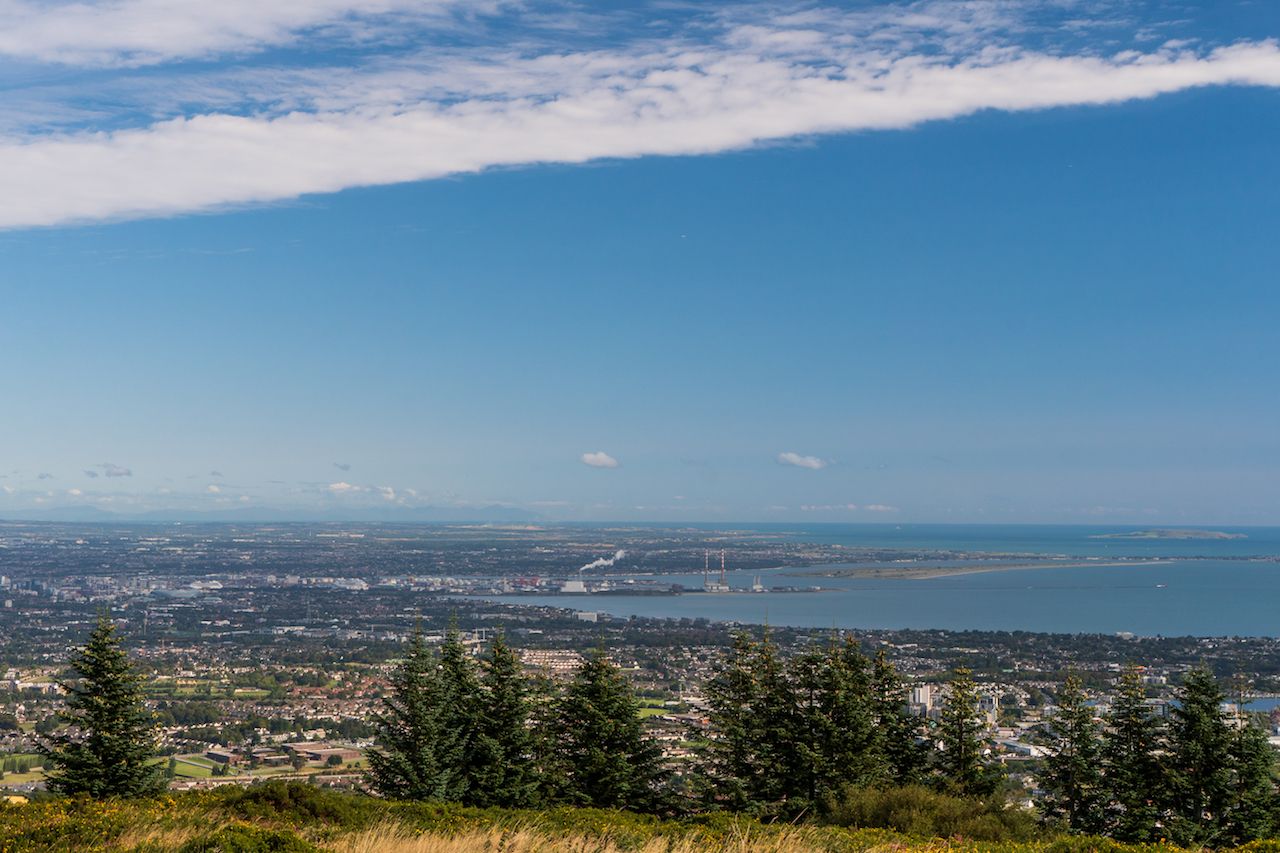 A 40-minute car or bus ride will take you from Dublin’s city center to suburban Shankill, starting point of the long-distance Dublin Mountains Way trail that winds up in Tallaght, a large suburb in South Dublin. The whole thing is around 25 miles and would take about 12 hours of hiking to finish in one go, but it’s broken up into three more manageable sections: Shankill to Three Rock mountain, Three Rock to Hell Fire Club, and Hell Fire to Tallaght. Therein are even shorter sections that make for great day hikes through the forests and valleys outside the city, including up to the highest point and most popular lookout in the Dublin Mountains, Fairy Castle. 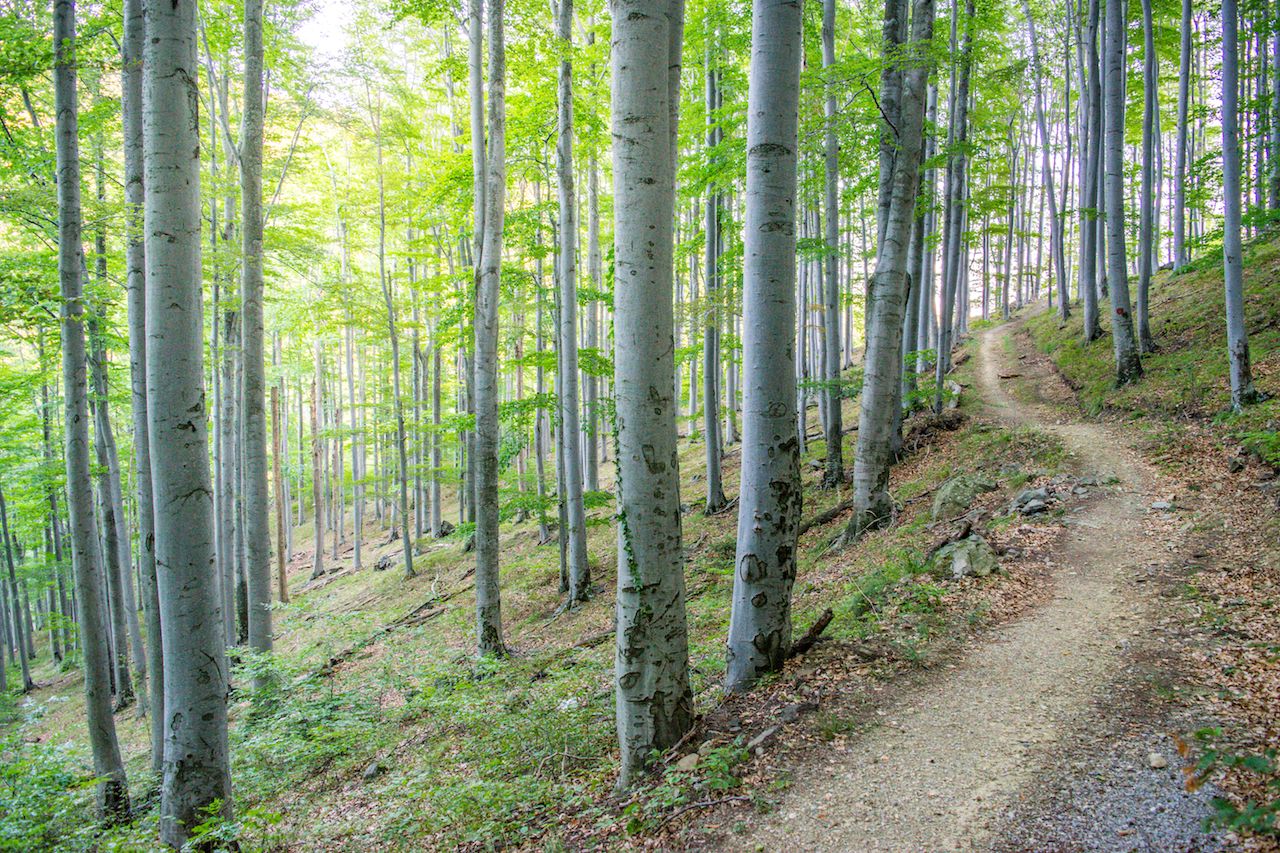 Zagreb sits just south of Mount Medvednica, most of which belongs to a nature park that anyone in Croatia’s capital can easily get to via public transport. There are dozens of well-marked trails on the mountain with caves, mines, springs, churches, and lodges where hikers can get a hearty meal interspersed throughout. Follow the relatively gentle Leustek trail through quiet forest or set your sights on Sljeme, the tallest peak, over 3,000 feet up.

This easy-to-moderate ridge hike outside Oslo has an unbeatable payoff considering the amount of effort it demands. Eyefuls of mountain terrain and pristine greenery engulfing the capital city await at the top with sneak previews almost as good as the finale there to greet you with every step. The 3.5-mile loop takes around two hours to complete, keeping a solid pace, starting from the trailhead near the Sandermosen train station roughly 30 minutes north of the city center. The best months to hike here are May through October, and during summer, there are blueberries everywhere just begging to be picked.

Cycling7 of the Most Scenic Biking Routes in Europe
Tagged
Hiking National Parks Insider Guides
What did you think of this story?
Meh
Good
Awesome