With every new headline relaying the detrimental effects of climate change, it can be easy to overlook the positive climate news that filters through our feed each week. There is good being done on the environment’s behalf, with nature increasingly being afforded legal rights of its own. A number of ecosystems around the world have been declared living entities by local or federal courts, many of them also granted personhood, and laws are being codified to manage, conserve, and protect the natural environment. From Australia to the Americas, these seven countries have set the world stage with landmark cases concerning the rights of nature. 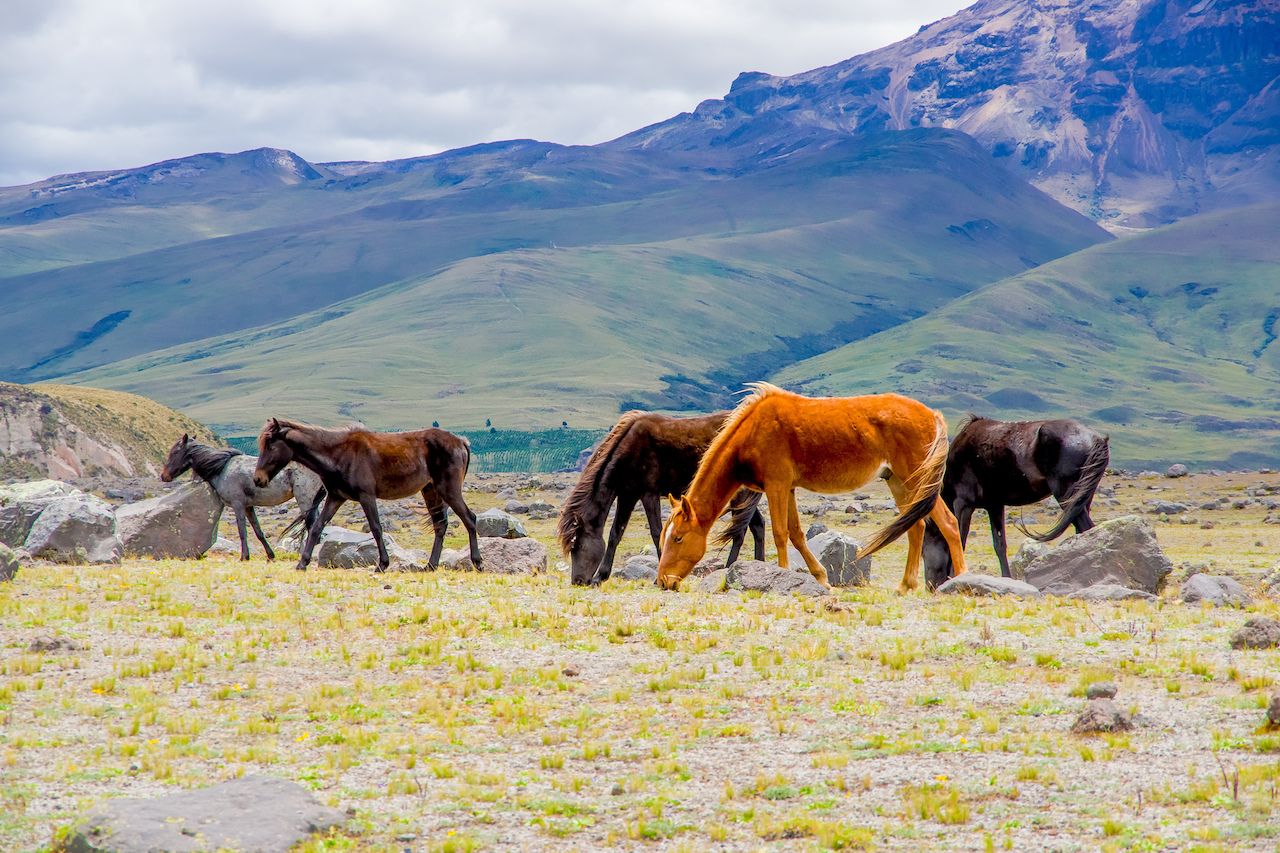 In Ecuador, nature is known as Pachamama, a loose translation of Mother Earth from the Inca fertility goddess of the same name. In 2008, the nation famous for being a launch point for the Galapagos Islands, one of the original 12 UNESCO World Heritage sites, made history by becoming the first country in the world to ratify a constitution amended to include nature’s rights.

Article 71 of the redrafted constitution states that Pachamama not only has the right to exist but also to have its “maintenance and regeneration of its life cycles, structures, functions, and evolutionary processes” respected. In 2011, this new constitutional decree was put to the test when Richard Frederick Wheeler and Eleanor Geer Huddle filed a lawsuit against the Provincial Government of Loja, a city in southern Ecuador. It was filed on behalf of the Vilcabamba River, which had suffered from debris buildup from a road-widening project. The court ruled in favor of the river, marking the first time Pachamama’s rights were legally upheld. 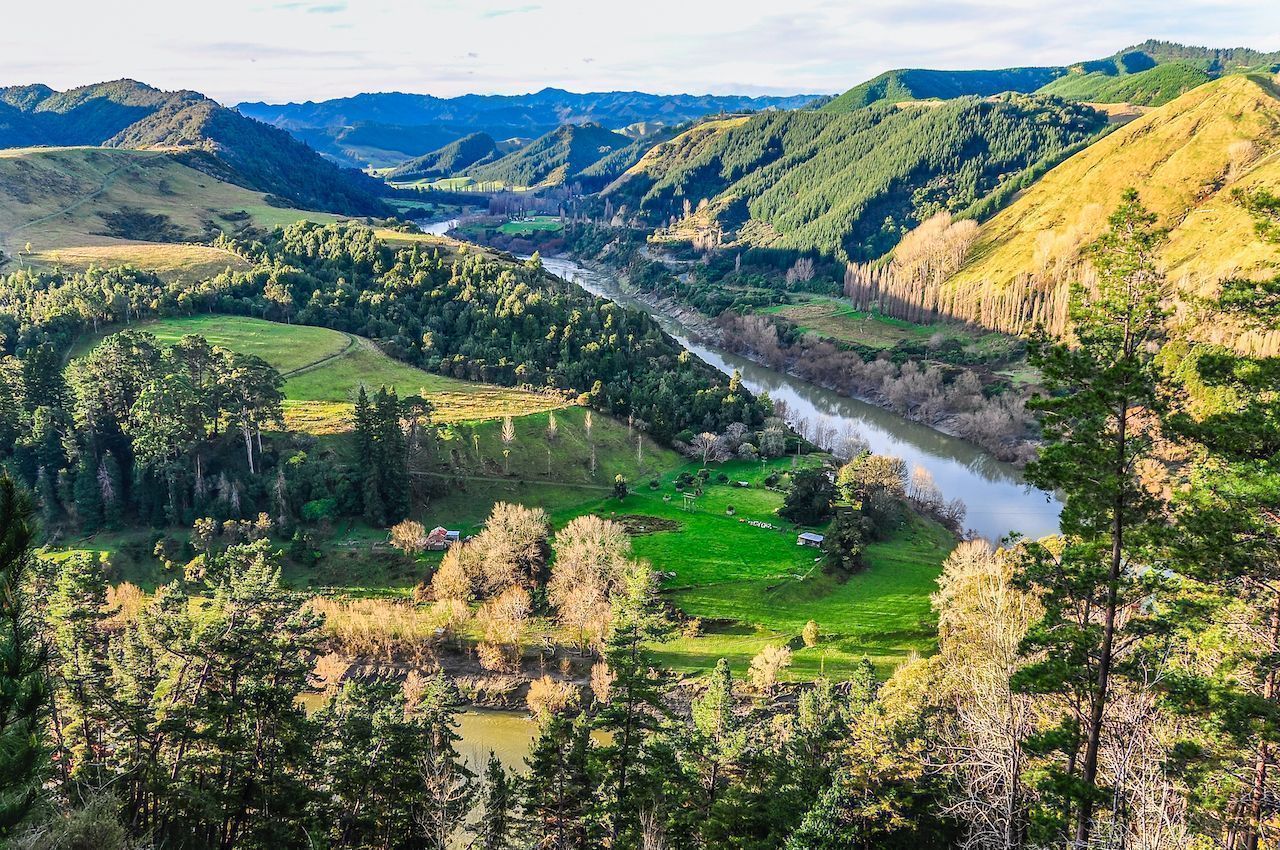 In 2017, New Zealand made news for granting the Whanganui River the legal rights of a human being. Though the courts only recently recognized the river as a living entity, New Zealand’s indigenous Maori have long considered the river, or Te Awa Tupua, as being endowed with a spirit and have been fighting for its rights accordingly. Now, treating the river as if it were a Maori ancestor, the 2017 Te Awa Tupua (Whanganui River Claims Settlement) Act describes it as “an indivisible and living whole…comprising all its physical and metaphysical elements.” This includes not only its waters but also the riverbed and its flora, subsoil, and the airspace overhead.

The river has also been recognized as being “inalienable” from the iwi, hapū, and traditional Maori owners, who are in part responsible for its “health and wellbeing.” Legally, two representatives, one governmental and the other indigenous, will together represent the river.

Though it was widely covered, the Whanganui River was neither the first nor last natural body to be granted legal rights. In 2014, Te Urewera National Park on the east coast of the North Island, territory that traditionally belonged to the Tūhoe tribe, earned its status for being “ancient and enduring, a fortress of nature, alive with history,” and “a place of spiritual value, with its own mana and mauri,” as well as being a cultural and ecological wonder. Later, in 2018, Mount Taranaki on the North Island’s west coast became yet another rights-of-nature success story. 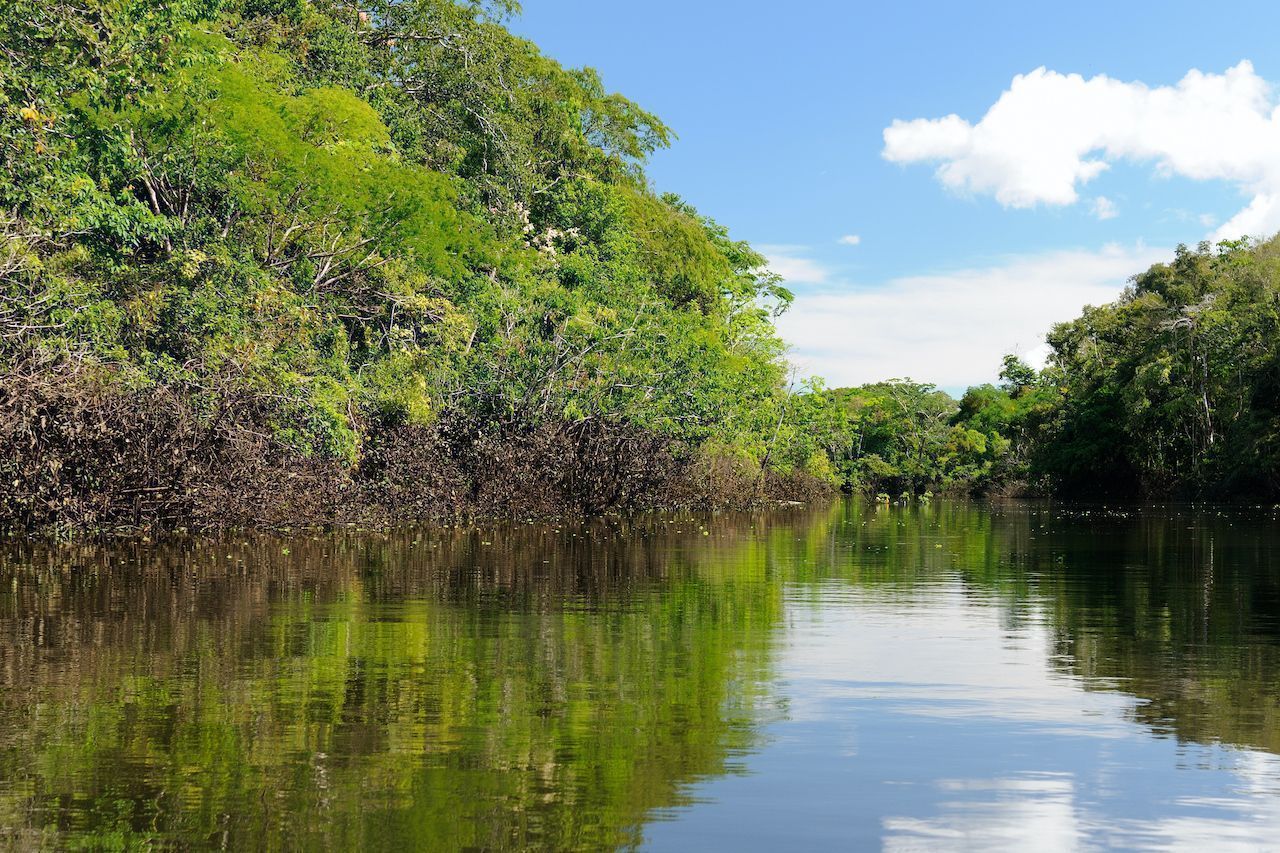 Colombia too plays host to a river that’s considered a person in the eyes of the law. In 2017, the country’s Constitutional Court approved legal rights for the Atrato River, near the Panama border, citing the precedent set in New Zealand. The court’s decision was a major win for the river and its ecosystems, which had been threatened by mining in the area.

Colombia did not stop at the Atrato, however. The following year, the Supreme Court of Colombia also acknowledged the legal rights of the Amazon’s ecosystems, claiming that the Colombian Amazon was entitled to “protection, conservation, maintenance, and restoration.” Twenty-five citizens aged seven to 25 filed the lawsuit, encouraged to take matters into their own hands in the face of deforestation. Since then, the La Plata and Cauca rivers have also had their legal status upgraded, as has the Páramo de Pisba ecosystem in the high Andes. 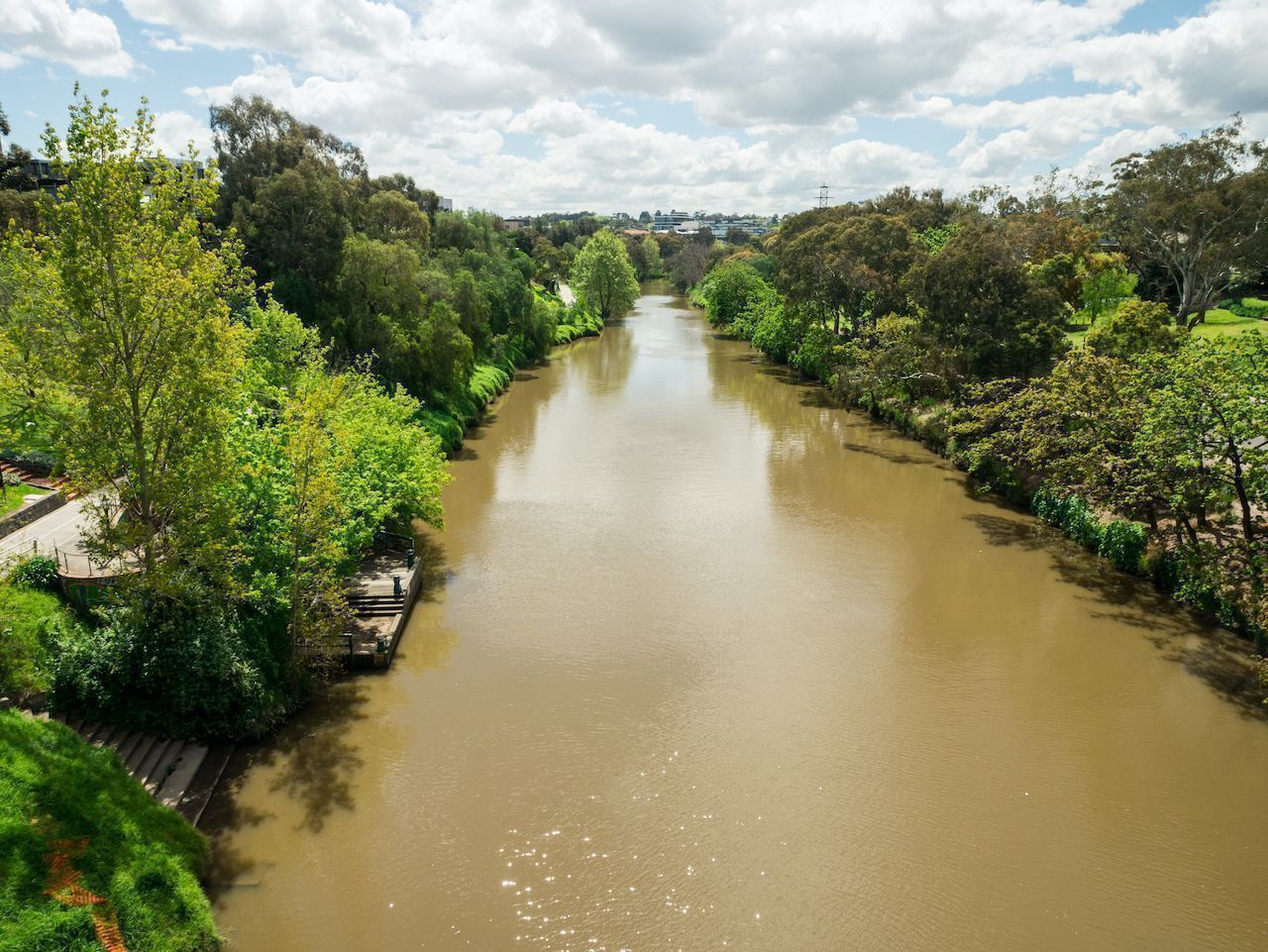 Unlike the Whanganui River or, briefly, the Ganges, the Yarra River has not been named a legal person nor assigned a legal guardian. Instead, the act recognizes the river’s rights as a living entity and calls for the implementation of a plan for its maintenance, protection, and preservation. It also established a 12-person council, two seats of which are reserved for Wurundjeri nominations, to advocate for the river and advise the environment minister. 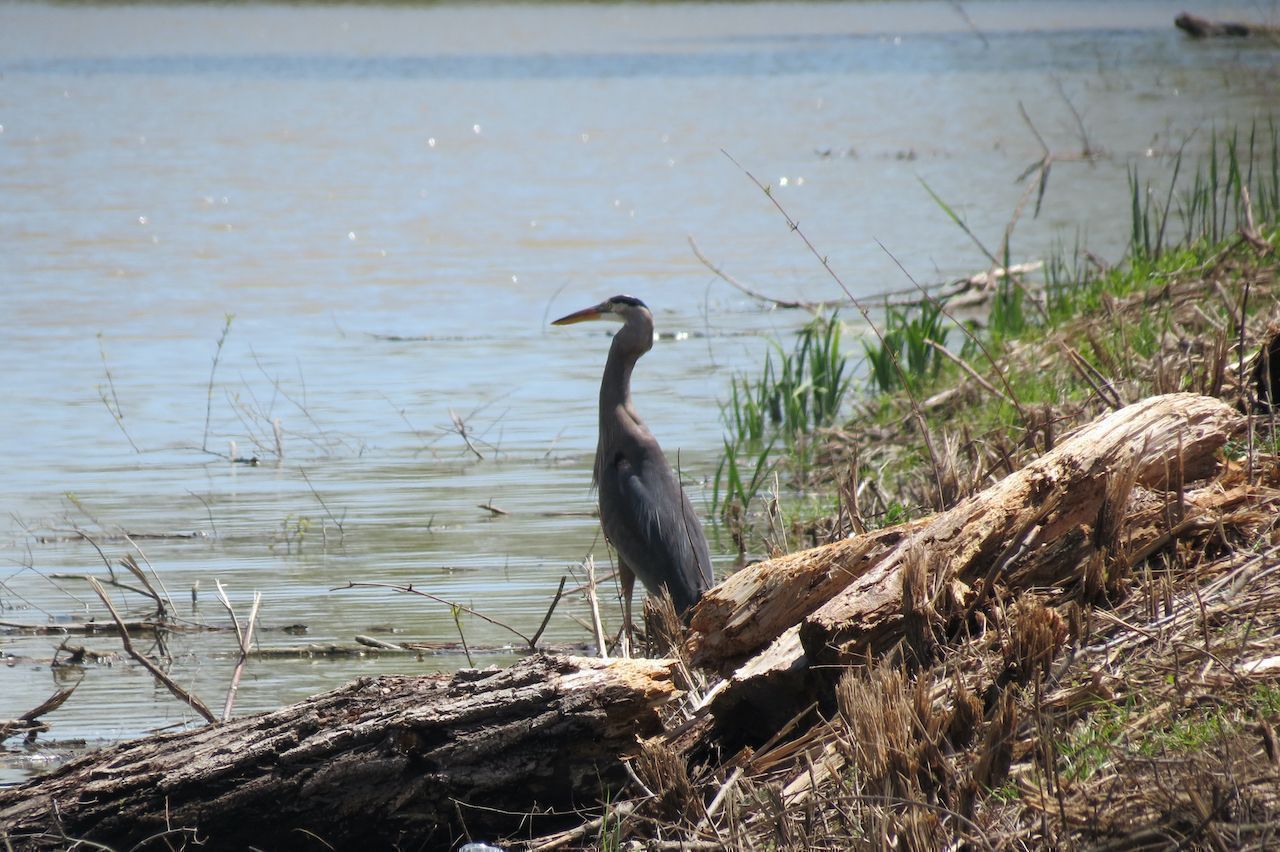 Dozens of communities across the United States have codified rights-of-nature laws over the past decade. Tamaqua Borough, Pennsylvania, became the first in 2006, not only in the US but also the world. Together with the Community Environmental Legal Defense Fund, the coal region municipality passed an ordinance recognizing the rights of the area’s ecosystems, which were being degraded by sewage sludge being dumped on farmland.

In the years since, other Pennsylvania communities, as well as those from Maine to New Mexico, have taken Tamaqua Borough’s lead, or at least attempted to. In 2010, about 250 west Pittsburgh residents unanimously voted in favor of a law that enforced the environment’s right to be free from fracking pollution. In 2018, the White Earth Band of Ojibwe from northwestern Minnesota argued for the rights of manoomin, or wild rice, which included the rights to clean water, regeneration, and protection from contamination and pollution.

Not all cases have been successful, however. Last February, for example, the people of Toledo, Ohio, adopted a Bill of Rights designed to protect Lake Erie with Toledoans acting as the lake’s custodians. The next day, a farmer filed a lawsuit on the grounds that the Lake Erie Bill of Rights was neither constitutional nor legally sustainable. The lawsuit is still pending. 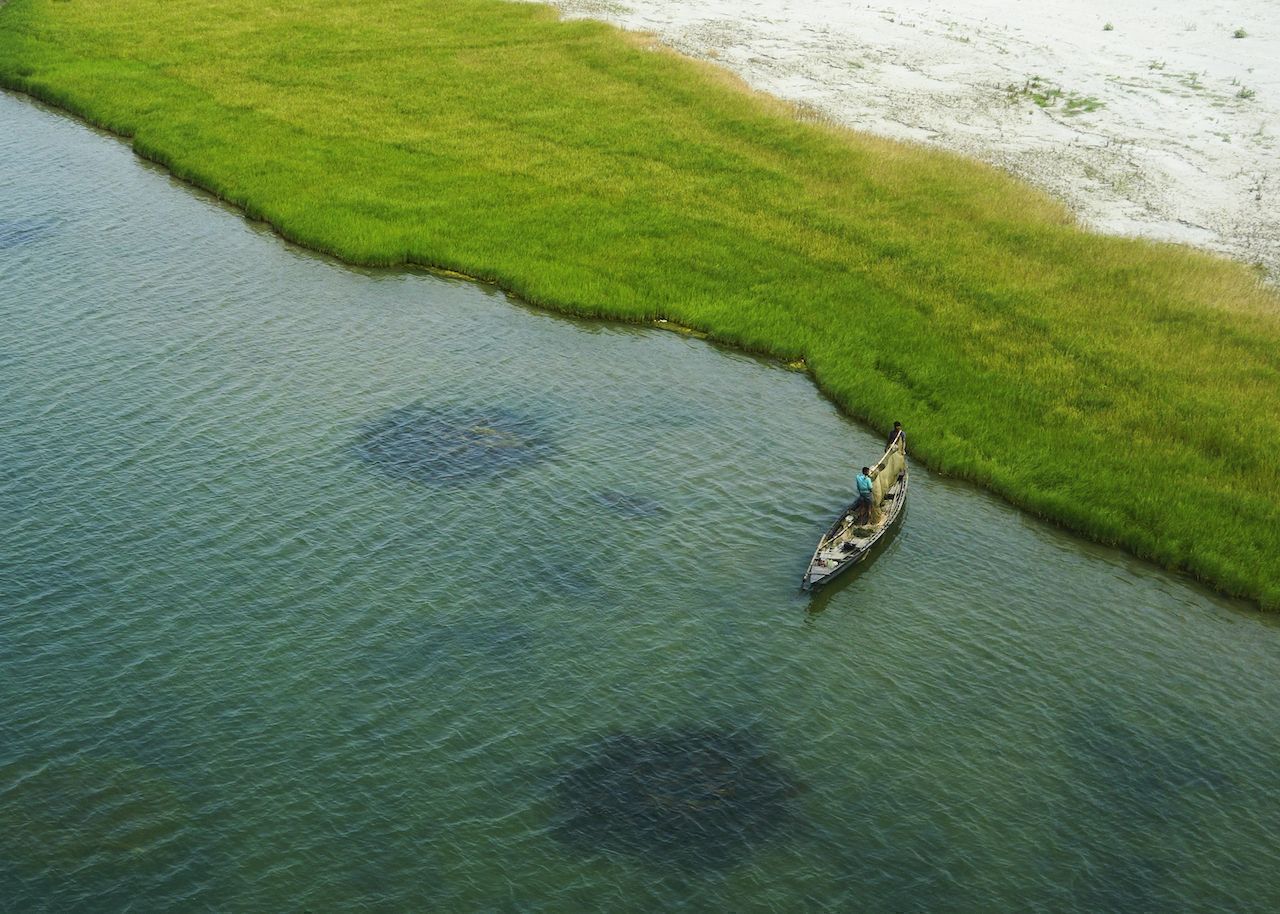 Last year, Bangladesh did one better than granting an individual river personhood. In July of 2019, the Supreme Court proclaimed all of the rivers in Bangladesh to be alive and entitled to legal rights. The South Asian nation is famously home to several hundred rivers that are essential to local lives. Countless communities have settled on the banks of the country’s rivers, relying on their waters for fishing and farming, an issue both compounding and being impacted by worsening pollution. Though environmentalists have celebrated the move, others have criticized it for encouraging evictions as a fix to the human-encroachment problem. 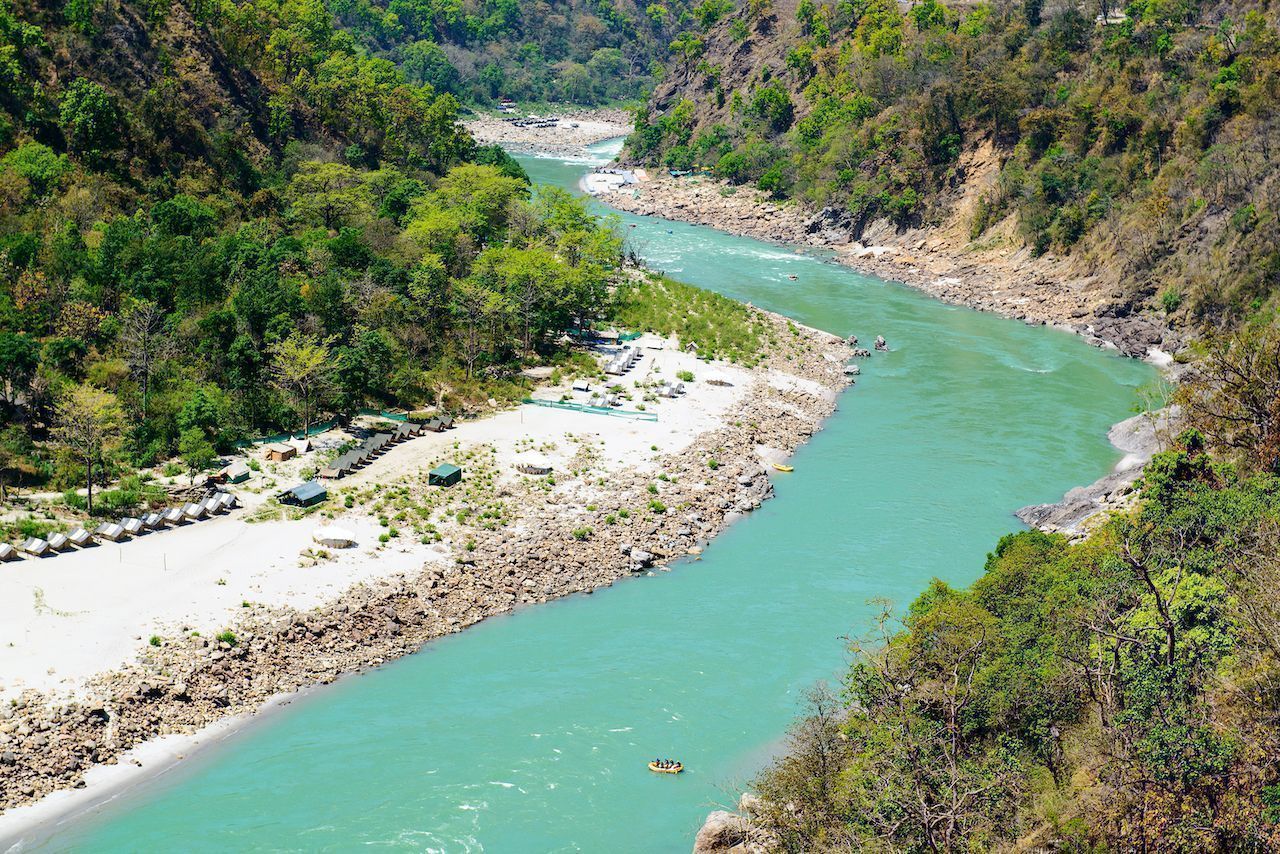 Shortly after New Zealand’s courts ruled in favor of the Whanganui River, the high court in the mountainous state of Uttarakhand in northern India ruled that the Ganges and Yumana rivers deserved legal rights and protections. The Ganges is considered sacred according to Hinduism, used in both holy rituals like cremations and daily chores like washing. As a result, it has become heavily polluted to the point of being toxic. The local government presented a case to the Indian Supreme Court following the ruling in Uttarakhand, claiming that it was not executable and questioning who would be responsible in the event of a drowning. The Uttarakhand High Court’s decision was ultimately overturned, reversing the status of the Ganges and Yumana.

Steadfast in its commitment to changing the relationship between man and nature, the Uttarakhand High Court has since ruled that the animal kingdom should be considered a legal entity and the people of the state its legal guardians. According to the court, all animals, which include both “avian and aquatic” species, have the right to a livable habitat. The ruling has also included agricultural regulations regarding the treatment of farm animals.

ActivismThe 5 Best Environmental Charities To Make Your Money Matter
Tagged
National Parks Sustainability
What did you think of this story?
Meh
Good
Awesome