Like its name indicates, the Gulf of Mexico’s “dead zone” is a very serious phenomenon. It refers to a large area of low to no oxygen in the Gulf of Mexico that appears every year. This year, the National Oceanic and Atmospheric Administration (NOAA) expects the dead zone to be much larger than usual — “6,700 square miles, larger than the long-term average measured size of 5,387 square miles,” explains NOAA.

The lack of oxygen in the waters of the Gulf Of Mexico is linked to an excessive amount of nutrients pollution that causes algae to overgrow, die, and decompose, diminishing the amount of oxygen and making the area inhospitable for marine wildlife.

The nutrient pollution is due to human activities throughout the Mississippi River watershed, which includes 40 percent of the continental United States. “Nitrogen and phosphorus pollution in runoff and discharges from agricultural and urban areas are the major contributors to the annual summer hypoxic zone in the Gulf of Mexico,” explains NOAA. 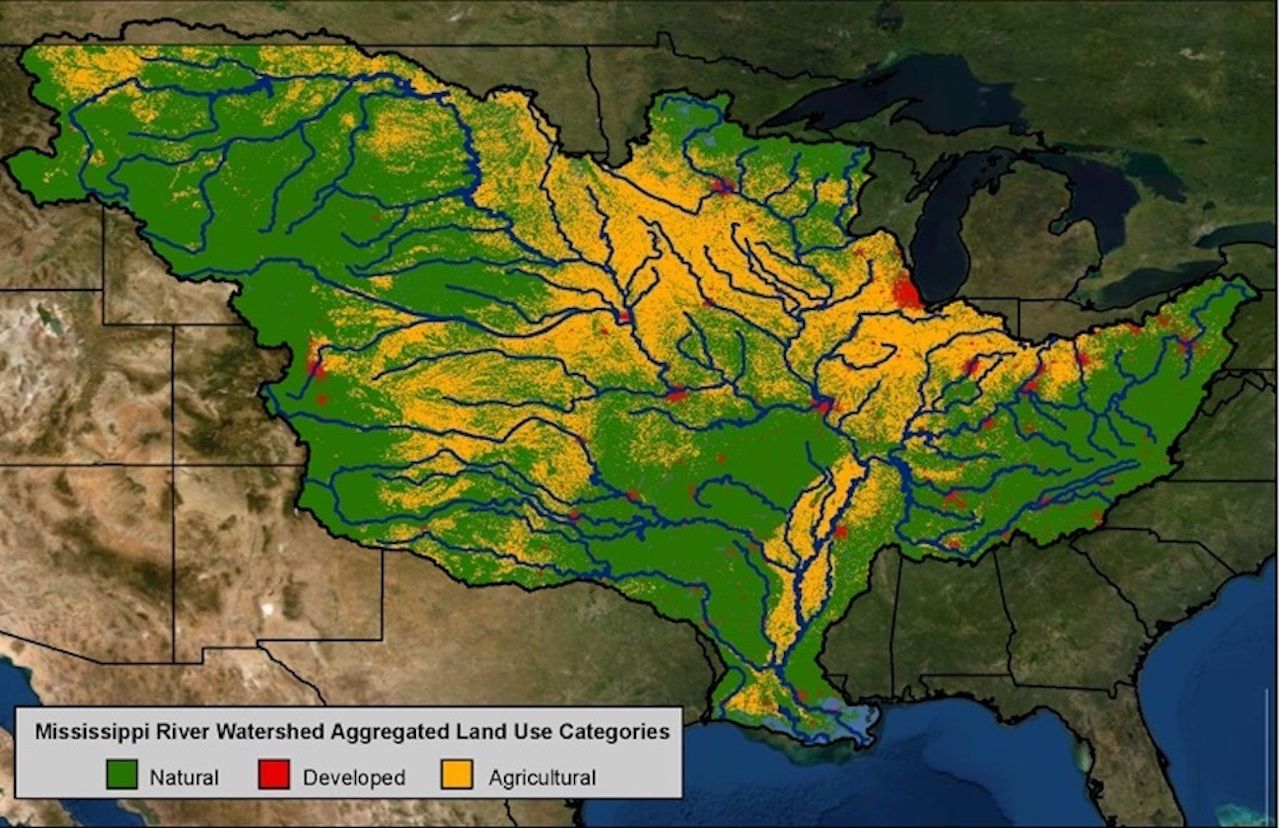 The annual dead zone in the Gulf of Mexico is the world’s largest recurring low-oxygen mass, and it’s been happening since at least 1950.

Nicole LeBoeuf, acting director of NOAA’s National Ocean Service, said, “Not only does the dead zone hurt marine life, but it also harms commercial and recreational fisheries and the communities they support. The annual dead zone makes large areas unavailable for species that depend on them for their survival and places continued strain on the region’s living resources and coastal economies.”

NewsAmtrak Is Bringing Back Its Gulf Coast Route for the First Time Since Hurricane Katrina
Tagged
News Sustainability
What did you think of this story?
Meh
Good
Awesome