First Officer Chris D. parked Delta ship 3009 at the Victorville airport in the California desert for what he thought was a two-week lockdown on March 23, 2020. Over a year later, First Officer Nick P. is finally beginning a checklist to take ship 3009 out of storage.

Inside, he found a letter penned by Chris D. about his experience leaving the aircraft behind and what he hopes will be happening after. The 57-word note was “tucked away on a tray table in the flight deck,” according to Delta’s Facebook post. 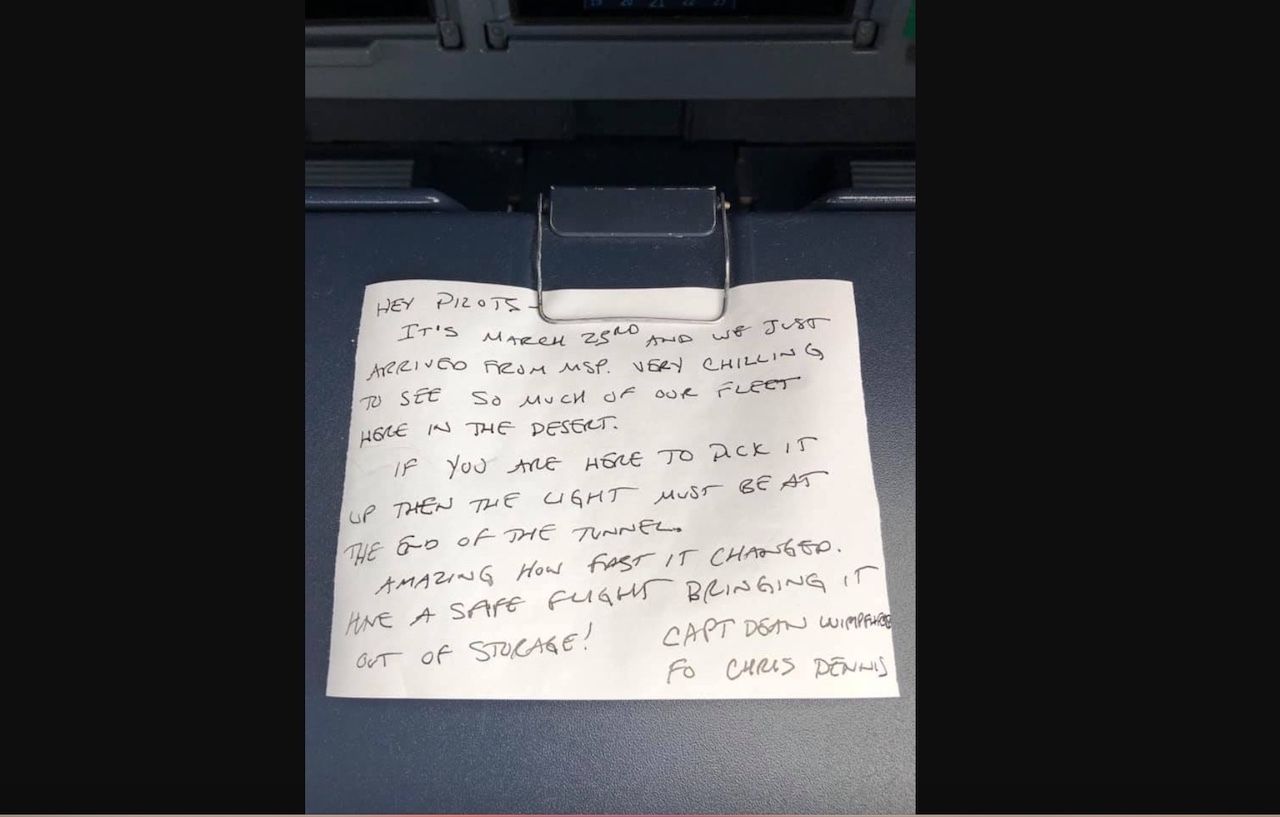 “Very chilling to see so much of our fleet here in the desert. If you are here to pick it up then the light must be at the end of the tunnel. Amazing how fast it changed. Have a safe flight bringing it out of storage!” Chris D. wrote.

Travel is finally picking up over 400 days after that fateful March 2020, and the Delta post on Facebook concluded with, “While the world certainly has changed over the past year, one thing is for certain: we won’t be taking that open runway for granted anytime soon.”

TravelEvery destination in the world currently open to US travelers
Tagged
News Airports + Flying
What did you think of this story?
Meh
Good
Awesome

Watch: This is how your checked luggage is stored underneath a plane