Derry, Northern Ireland’s second city after Belfast, is getting a serious boost of pride and popularity these days. With the first season of TV series Derry Girls now available on Netflix, and with the second season currently being broadcasted on British Channel 4, the city is getting some serious recognition — as it should.

To celebrate the launch of Derry Girls season two (the first episode went live on March 5 with 1.8 million people tuning in), Channel 4 commissioned a mural representing the cast of the popular show on a huge wall smack dab in the center of Derry. Even the incredibly funny Headmistress Sister Michael is there, looking out of a window.

The city has a strong tradition of political murals (the most well-known of which is probably the black-and-white “You are now entering Free Derry”), and many of them are featured in the series. According to Channel 4, the mural “took the artists five days to complete and received an overwhelmingly positive reception from the Derry community and the cast.”

Derry Girls is the story of five teenagers, Erin, Clare, Michelle, Orla, and James coming of age in Derry in 1992, in the midst of civil unrest and partisan violence. The series is probably the funniest thing coming out of Ulster and a very authentic portrayal of teenagehood and life during the Troubles; the creator Lisa McGee was born and raised in Derry. 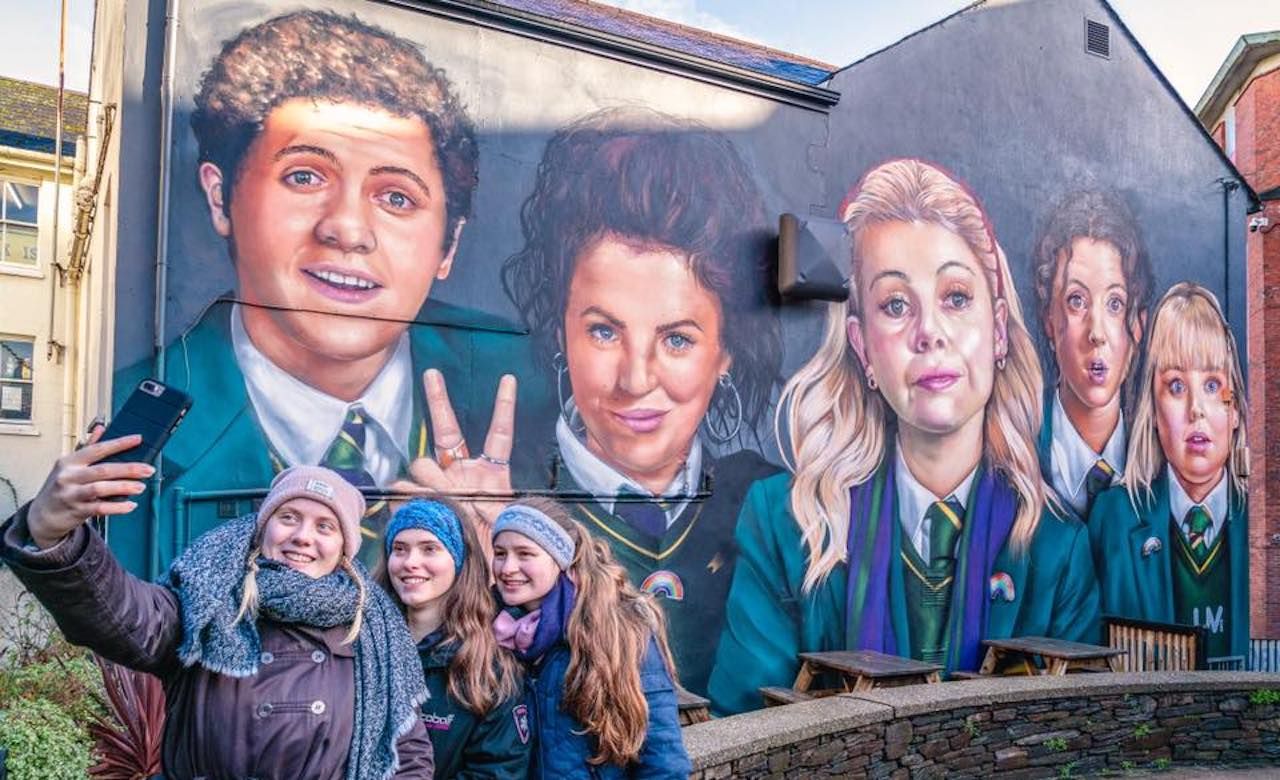 If you’re a sucker for thick Northern Irish accents, ‘90s nostalgia, and want to laugh out loud for about 23 minutes per episode, you should definitely add it to your Netflix list. Once you’re hooked, take your love of the series to the next level by checking out where it was filmed and snapping a selfie with the girls and the “wee English fella.” Visit Derry has even curated itineraries for fans of the show according to the character they identify the most with, so you’re all set for a trip to Free Derry.