A castle sits on acres of rolling, verdant grass and bucolic farmland just a few miles outside of Lexington, Kentucky. The looming, enormous structure is immediately captivating — almost jarring, like a vision from another era — when it first comes into view as you’re driving along the monotonous local highway. It also makes one wonder how, and why, this stunning feat of architecture popped up in the middle of rural Kentucky.

Adding to the wonder is the fact that it’s the home of the Castle Farms Restaurant at the Kentucky Castle. The towering structure is unlike any other building in the region, let alone the country. On the whole, there aren’t many full-scale castles designed in traditional European architecture throughout the US.

Unfortunately, the real story isn’t nearly as fantastical as one might initially assume after seeing the imposing medieval-style building. As Jennifer Cason, the restaurant manager of the Castle Farms Restaurant, noted recently, the castle was “built in ’69 — 1969, not 1669.” The original structure was built by a couple after returning home to Kentucky from a European trip in which the architecture was undeniably tantalizing. The couple, Rex Martin and Caroline Bagaert Martin, began construction in the early 70s. When they divorced in 1975, the castle went unfinished. In 2003, the castle was sold, then a fire decimated the building the next year. In 2008, reconstruction was finally completed.

After new ownership began overseeing the property in 2017, a farm-to-table restaurant was created, as well as a hotel (rates range from around $150 for a glamping tent to nearly $800 to stay in one of in the castle turrets), a state-of-the-art spa, and a farm complete with a beekeeping course. The property is built on 55 acres and also contains a number of other features. Among them: an organic garden, apiary, vineyards, fruit and nut orchards, truffle orchards, gourmet mushroom gardens, and pasture land for cattle, goats, and sheep, to name a few. 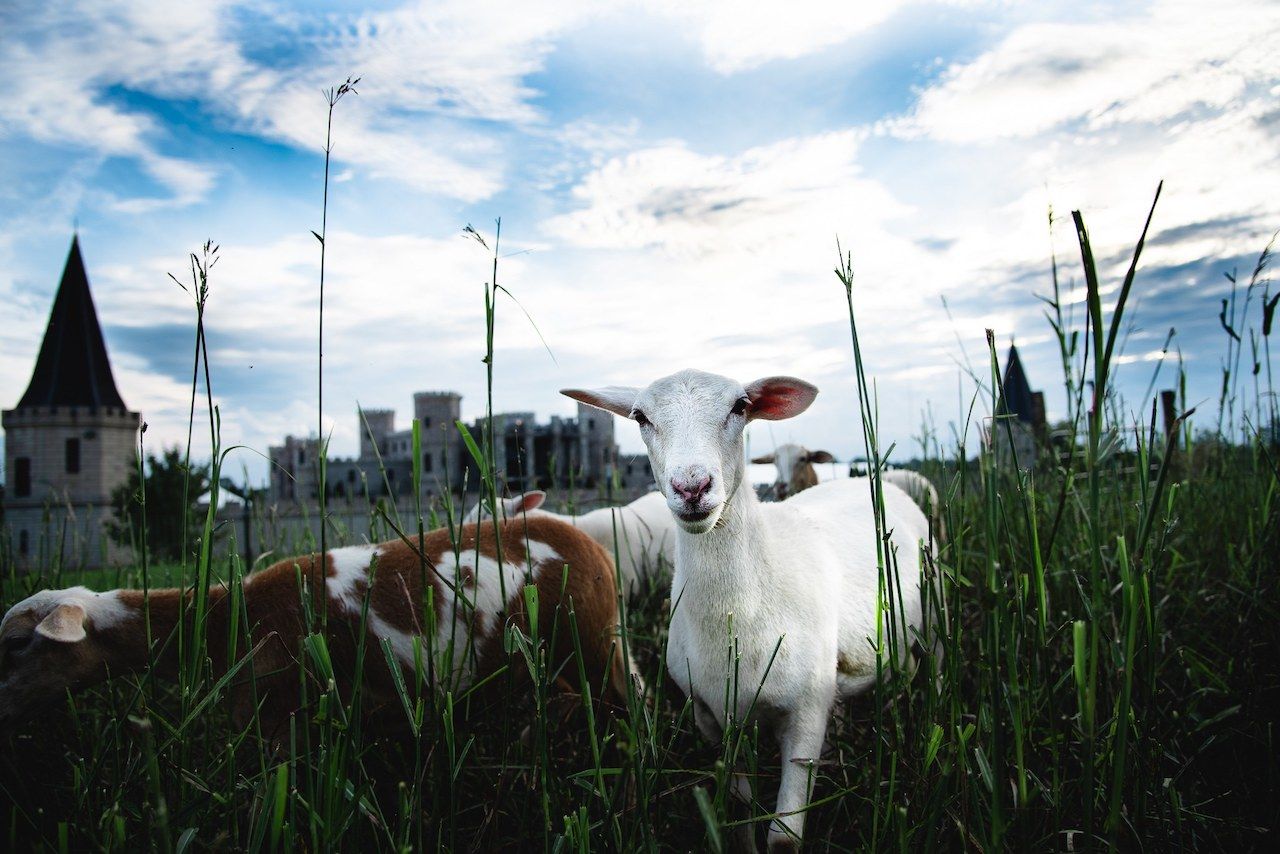 A few summers back, I visited the castle with my brother. Upon entering, the gardens immediately reminded me of Dorne in Game of Thrones: lush, colorful flora and fauna, propulsive fountains, and an incredible amount of stone and marble. After going inside and having a few quick drinks at the castle’s bar, my brother and I sauntered across the pristine hallways to the Castle Farms Restaurant.

At the table, I was struck by more than just the aesthetics of the physical structure — the Caesar salad at the castle restaurant was the single best I’ve ever had (and I’ve had plenty).

At its core, Caesar salad is not an especially celebratory meal. What made this particular salad noteworthy, though, was its purity and quality. There was absolutely nothing ostentatious or superfluous in the least. The restaurant kept it simple with lettuce, tomatoes, grilled chicken, frico (Parmesan cheese crisps), and a stellar dressing. There was nothing to gild the lily, no showiness, and nothing over the top. Just a confluence of garden-fresh ingredients, high-quality chicken, and an alarmingly delicious and piquant Caesar dressing all working in harmony.

Clearly, the salad had an effect on me. According to Cason, the menu at Castle Farms Restaurant is seasonal and changed four times a year. The executive chef, Jason Wald, is a “chef by profession, but a farmer at heart,” Cason says. The restaurant team carefully plans out cultivation and designs the menu in accordance with the garden rather than creating a menu and then figuring out what ingredients the restaurant needs. 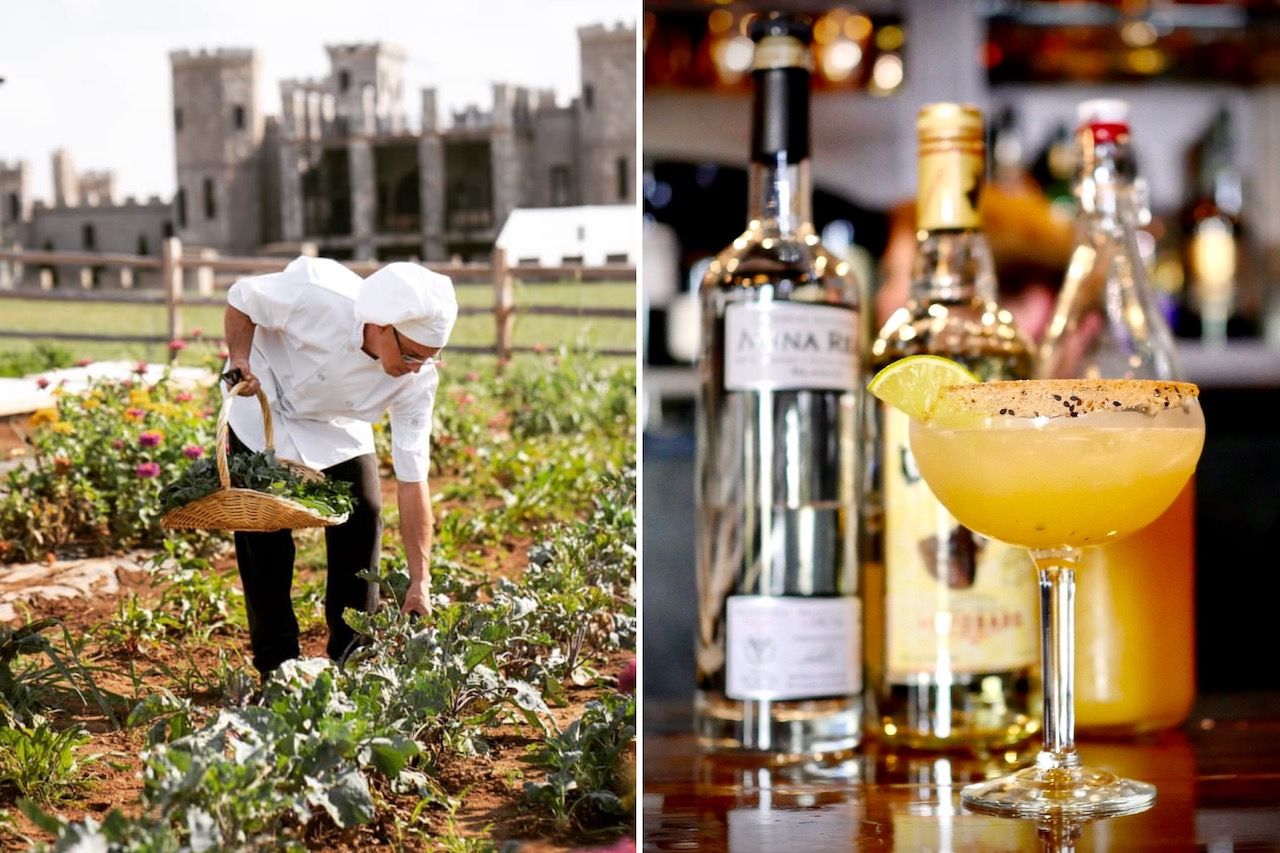 “If we can’t grow or make it on the property, then we’ll source it locally,” Cason says. When outsourcing, nearly all food comes from Kentucky-based farms, with a few select ingredients coming from one farm in nearby Tennessee and another in Indiana.

Cason also notes that the castle itself is owned by a group of physicians who’re dedicated to a holistic mind, body, and soul approach to health and healing. The restorative approach is on display full-circle at the castle with good food, spots to relax, a spa, and the opportunity to see the animals on the property. In this way, the owners hope the castle can deliver more than just aesthetics and offer something for everyone. 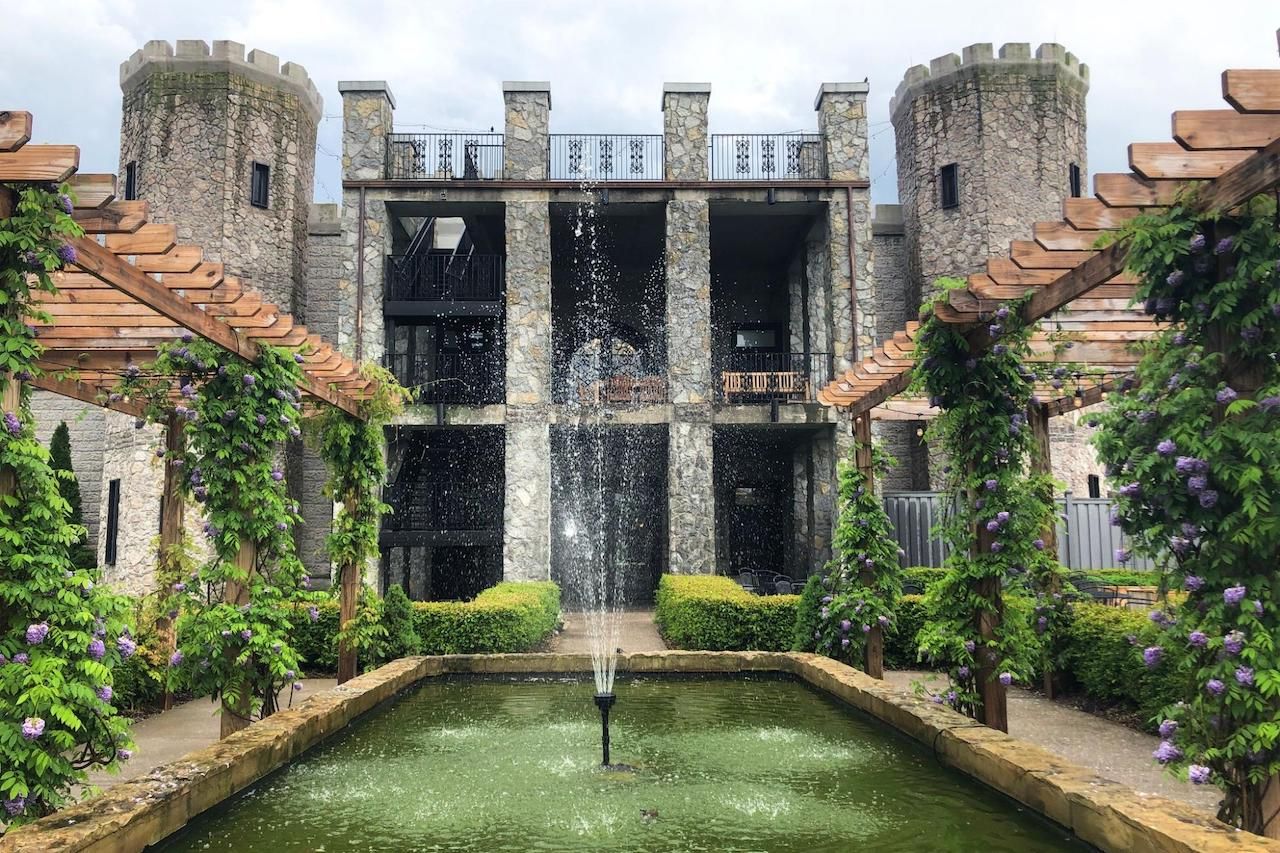 In addition to their large farm, spa, award-winning hotel, aforementioned restaurant, and numerous event venues, the castle is also incredibly involved in the local community. The owners of the Kentucky Castle partner with a local agricultural high school and students are able to attend traditional school for half the day and then do hands-on work in the garden with Toni Meyers, the agriculture director, to learn the business of farming, like raising baby goats and sheep.

In terms of other philanthropic work, the castle pairs with Court Appointed Special Advocates, which raises funds for an organization of attorneys who represent at-risk children, as well as the Kentucky chapter of Make A Wish. In conjunction with Make A Wish, the castle hosts Princess Brunches and Fairytale Programs. The events allow participants to get all dolled up like their favorite princesses, stay overnight in a castle, eat delicious meals, meet animals, and enjoy all that the Kentucky Castle has to offer. It’s an incredibly welcome break and a moment of brightness for children fighting aggressive illnesses — along with their families and caregivers. On my visit, my brother and I were fortunate enough to see one of these events in action, and it was a beautiful, pure moment to see the children be so carefree and have such fun for a weekend. 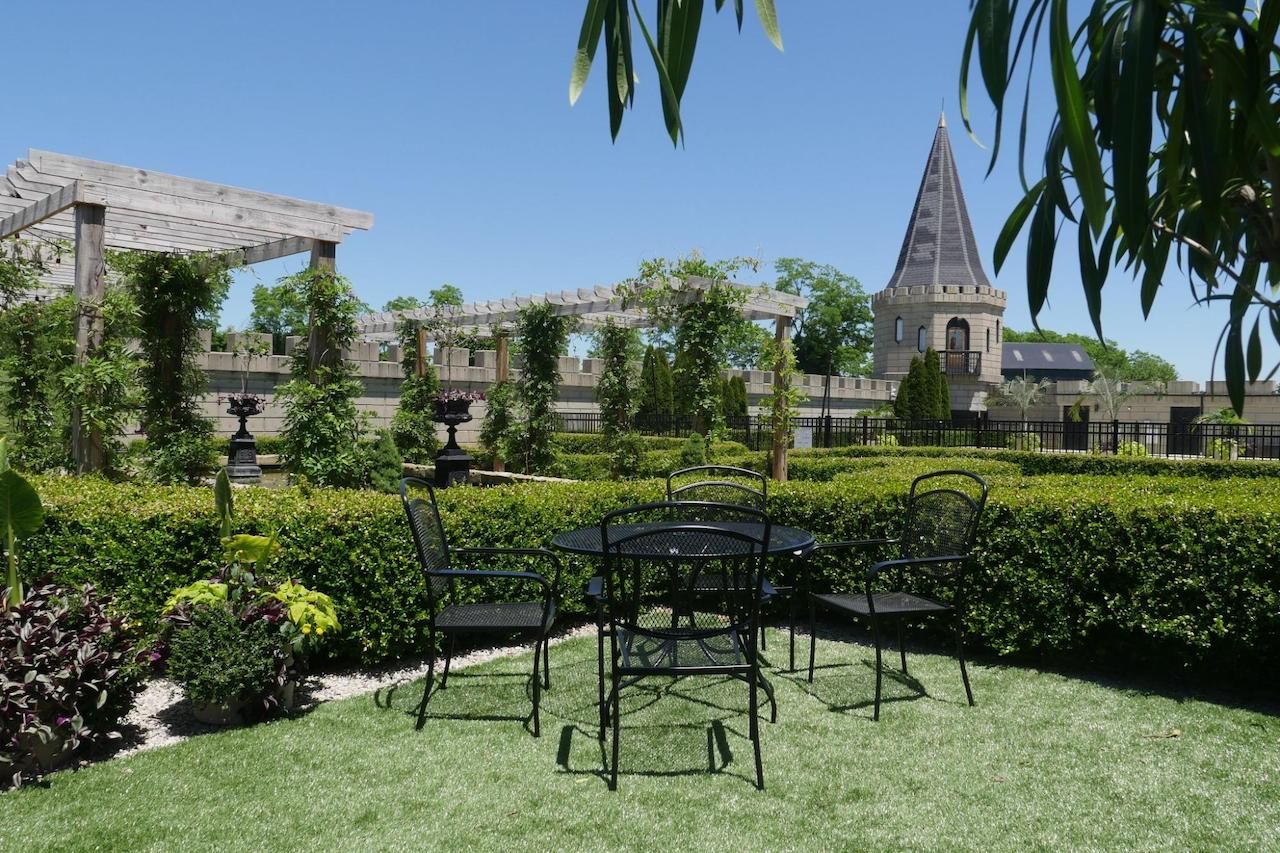 The grounds also allow for farm tours and being one with the animals, which helps to let everyone’s “hearts beat and breathe,” according to Cason which falls in line with the castle’s holistic approach.

So if you’re looking for a stunning wedding venue, a fully-operational farm that’s in sync with the local community and philanthropies, or you’re in the market for a remarkably delicious Caesar salad, you know where to go.