Visiting the Kentucky bourbon distilleries is big business. Over the past couple of years, more than one million people have trekked to the Bluegrass State to drink bourbon from the source at the distilleries along the Kentucky Bourbon Trail. And while there are plenty of solid distilleries on the official trail, you’re missing out if you don’t get off the beaten path. There are distilleries both large and small throughout the state that make some of the most sought-after whiskey in Kentucky. Veer off course and visit these six non-trail distilleries, which make some of the best bourbons in all of Kentucky. 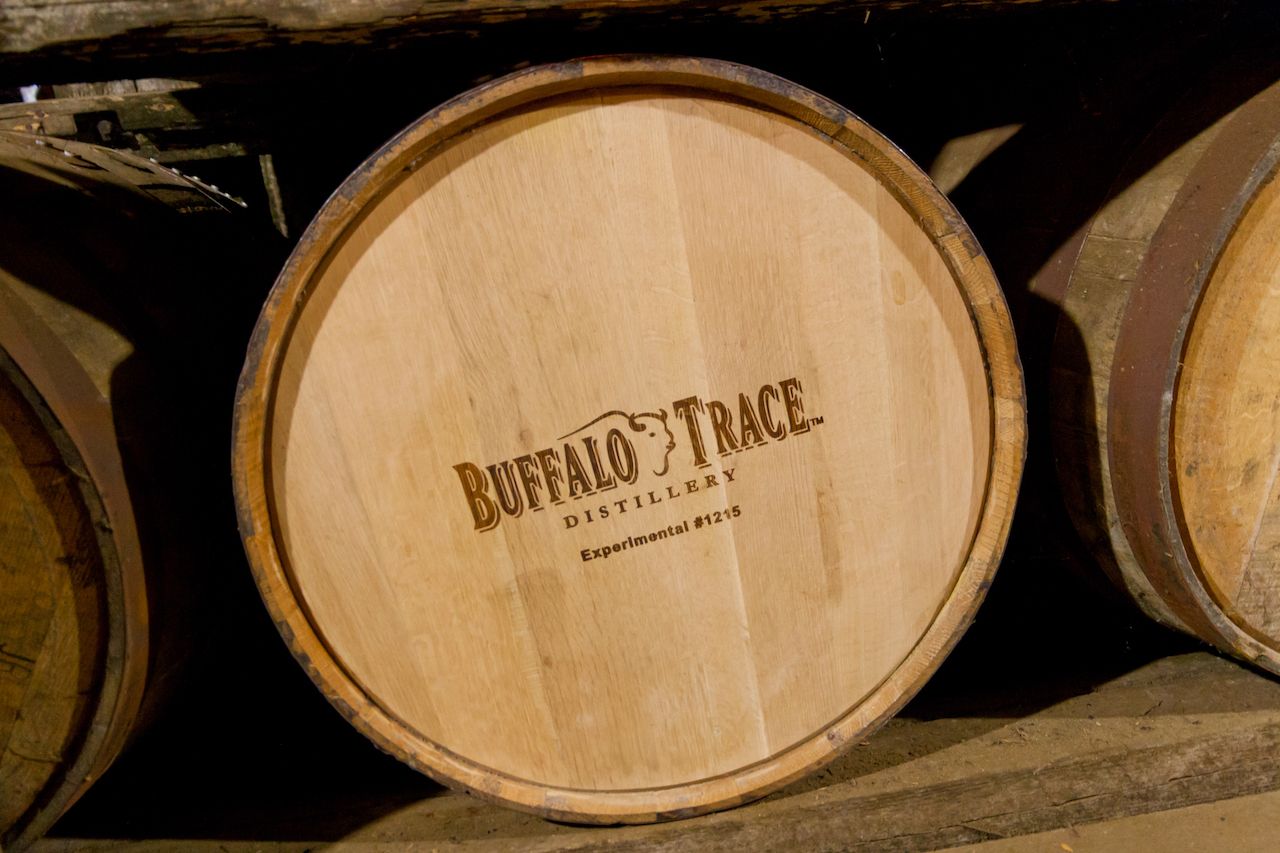 If there’s one gleaming omission from the Kentucky Bourbon Trail, it’s the venerable Buffalo Trace. It’s the oldest continuously operating distillery in Kentucky, and most whiskey connoisseurs are deeply familiar with the brand. During Prohibition, the distillery stayed open by brewing medicinal whiskey, which, like marijuana today, was legal in most places if prescribed. The sprawling campus at Buffalo Trace looks like it could have been lifted from rural Ireland, with old brick buildings set against rolling hills and steam pouring from chimneys. When you visit, take the Landmarks Tour. It takes you to places in the distillery that show why it was designated a national historic landmark and, of course, ends with a whiskey tasting.

2. Castle and Key in Frankfort 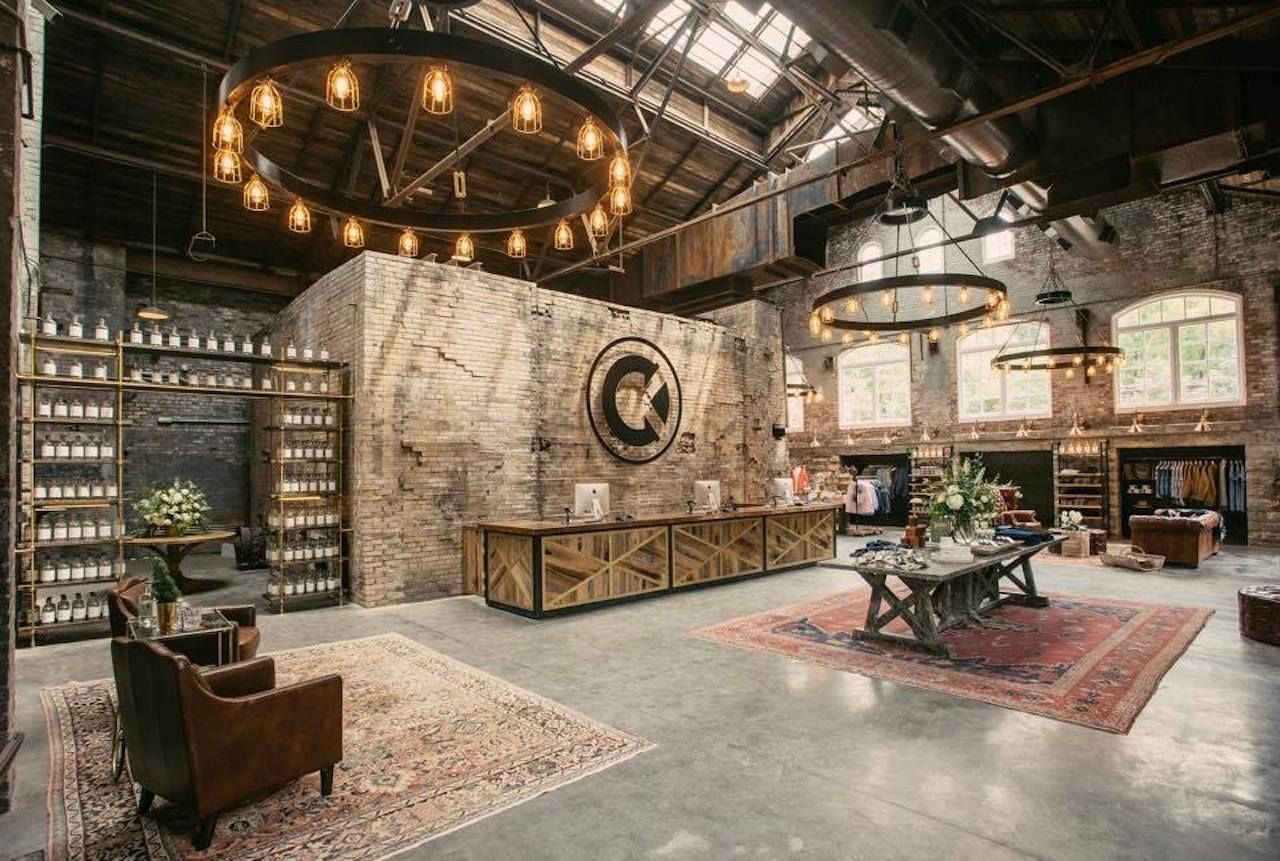 Right down the road from Buffalo Trace near Frankfort, you’ll find the coolest new distillery in the state at Castle and Key. As the name implies, the distillery is in a castle, which was developed by Buffalo Trace’s E.H. Taylor to be his grand showplace in 1887. The stunning, 113-acre estate changed hands over the years, and it sat dormant for decades up until it was purchased and rehabbed to its current glory in 2013. Though its whiskeys are still ageing, you can try Castle and Key’s gin and gin cocktails here. 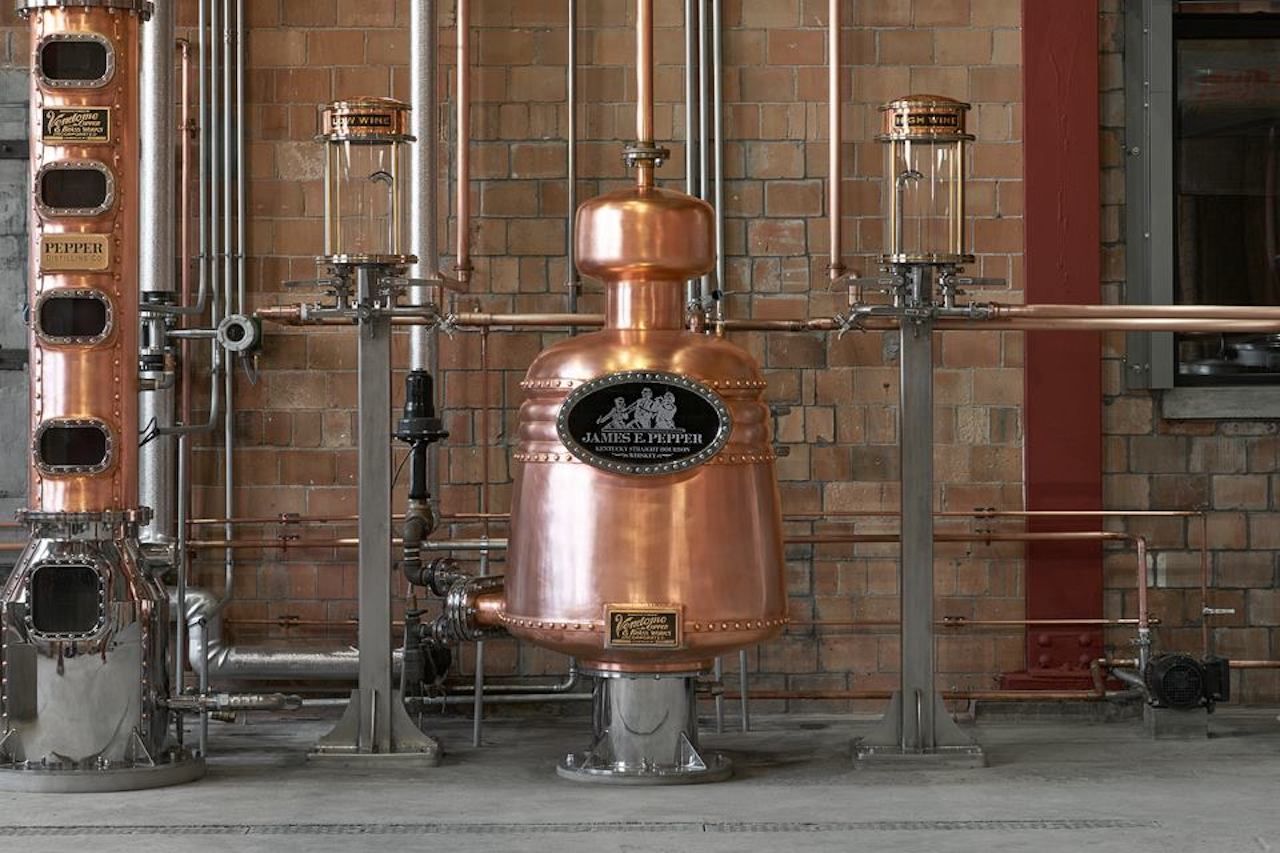 To get a feel for the bustling, modern college town of Lexington, spend a night in its lively Distillery District. Once upon a time, Lexington was the hub for all bourbon distribution in the state, and the Distillery District was like the Wall Street of whiskey. After Prohibition, it never reclaimed that title, but it’s now a shopping and entertainment district that’s become the city’s center of young energy.

The James E. Pepper distillery is the best one to visit in the district. It was originally founded by the family behind Woodford Reserve, but the Lexington distillery shut down in the 1950s when the thirst for bourbon was at a low point. In 2008, the brand resurfaced, selling whiskey that was originally distilled in Indiana under the name 1776. In 2018, the Lexington distillery opened to the public, distilling its own whiskey in Lexington. Try the selection of 1776 whiskeys then, once your appetite is up, step next door to Middle Fork Kitchen and Bar for the best dinner in the city. 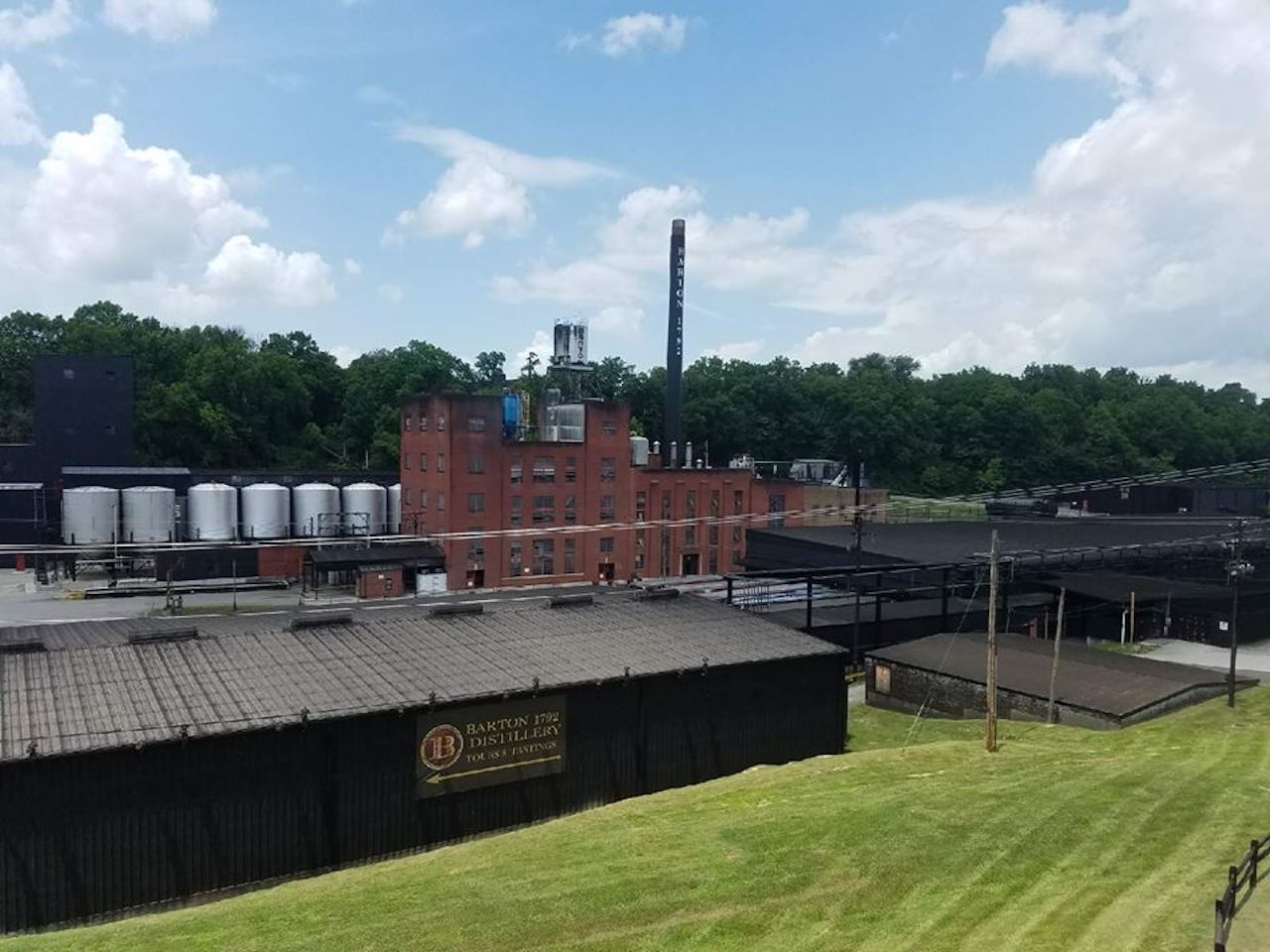 Owned by the Sazerac Company, the same one that owns Buffalo Trace, Barton 1792 is set on 196 acres of Kentucky countryside near Bardstown. The year in the name is a tribute to when Kentucky joined the Union, and the distillery opened in 1879. The setting is best known for its Tom Moore Spring where the water for Barton 1792 whiskey is sourced. You can visit said spring on the 1792 Estate Tour, during which you’ll motor through the entire distilling process in the most comprehensive operations tour in the state. It also includes a stop at the self-recognized World’s Largest Whiskey Barrel and includes a free tasting at the end. This tour, as well as the Barton Tradition and Bushel to Bottle tours, are always free, and reservations for small groups or individuals aren’t even necessary. 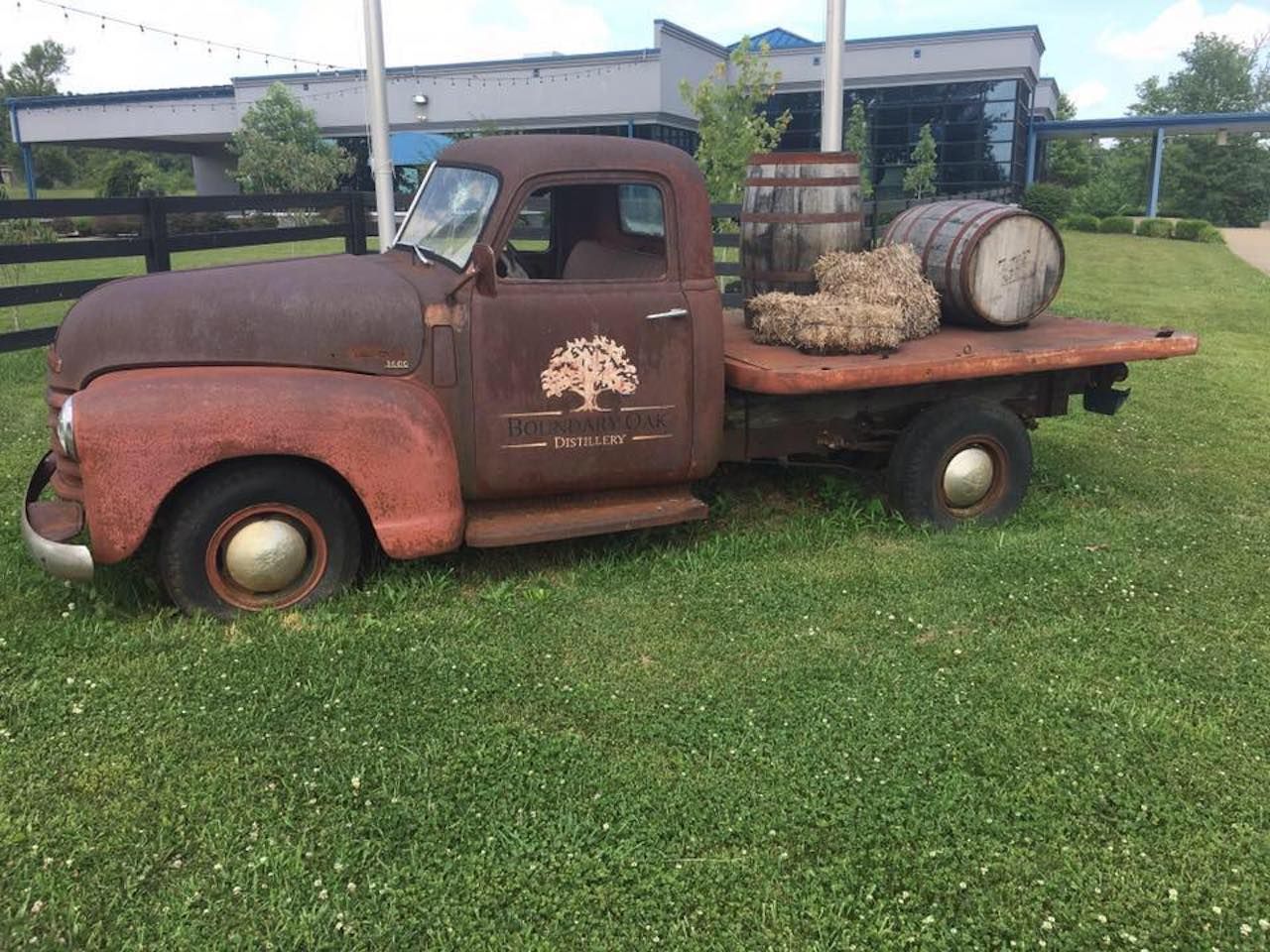 Deep in the hills of Central Kentucky, you’ll find this distillery set right next to a calming waterfall. It gets its name from a 100-year-old oak tree that towers over the facility, marking the spot where an underground spring supplies the water for everything Boundary Oak produces. The tours here are short, simple, self-guided affairs that start with a movie and end with a tasting. At $8, it’s one of the best distillery values in the state, and the Kentucky Amber is a must try. Sip slowly on the brand’s jarred moonshines, though, because they have a kick that’ll stay with you long after you leave. 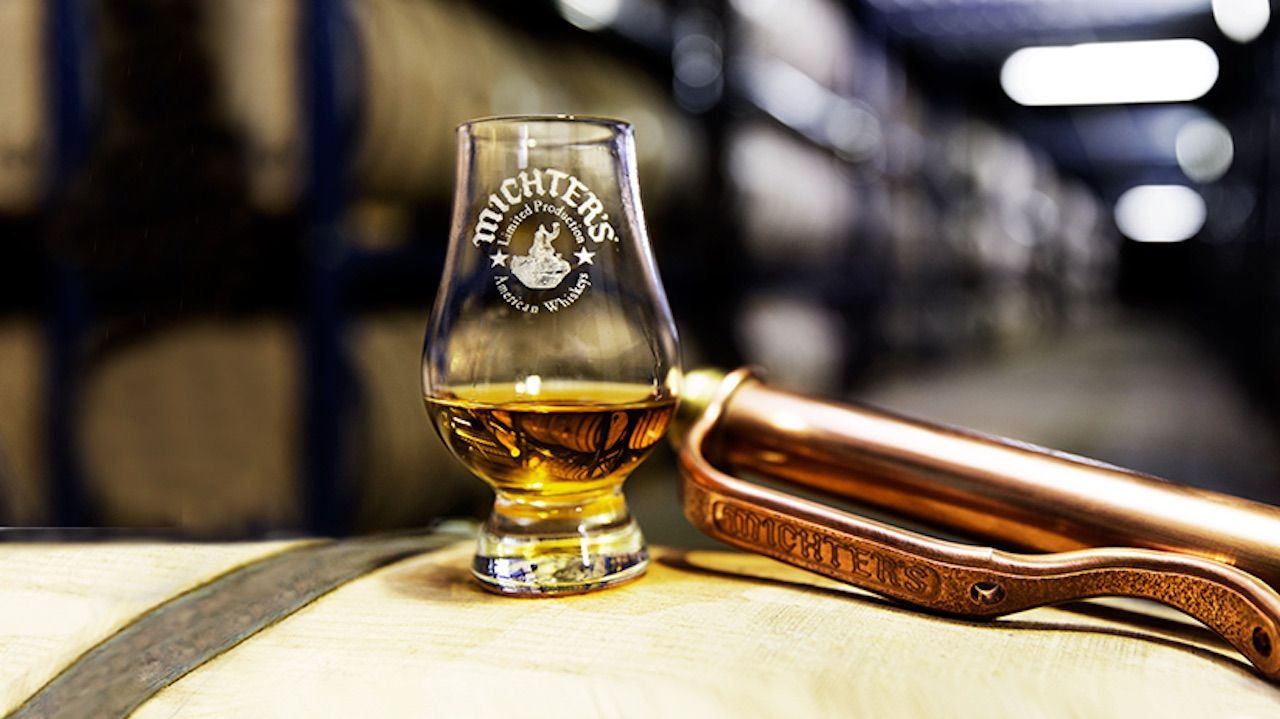 Bourbon tends to be a bit of a boys club. Pam Heilmann at Michter’s broke that mold as the first woman to be a master distiller at a Kentucky Distillers Association distillery since Prohibition. Michter’s doesn’t play this up, though, instead choosing to focus on its limited-production bourbons that are some of the most sought-after whiskeys around. The main facility in the Shively section of Louisville is not open to the public, unfortunately, but early in 2019, Michter’s will open a downtown distillery across from the Louisville Slugger Museum that’ll be available for tours and tastings. So if you’re planning a trip to Kentucky next year, it should be ready for you.

Spirits + CocktailsIf you love Japanese whisky, you have to visit these distilleries
Tagged
Food + Drink Spirits + Cocktails Trip Planning Kentucky, United States
What did you think of this story?
Meh
Good
Awesome

10 awesome experiences you can only have in Kentucky

12 facts about Louisville that will surprise you

9,000 bourbon barrels were destroyed in a warehouse collapse

The best pie shops for Pi Day, according to Kentucky’s Pie Queen