Some 327 million people call America home. We speak 350 languages. We come from hundreds of countries. We practice more than 300 religions — or don’t. And while large metropolises like New York and Los Angeles may steal the spotlight for their diversity, US cities from coast to coast — whether ensconced in urban, suburban, or rural regions — are populated by residents of diverse cultures, religions, countries of origin, and ways of life.

With thousands of destinations in North America, Greyhound can help you get better acquainted with our American melting pot. Wherever you’re headed, you’ll typically arrive right in the heart of downtown, ready to jump into the vibrant and diverse communities that have always made America great. To get you started, we’ve put together a list of eight awesomely diverse cities, where people of all walks of life create community, from sea to shining sea. 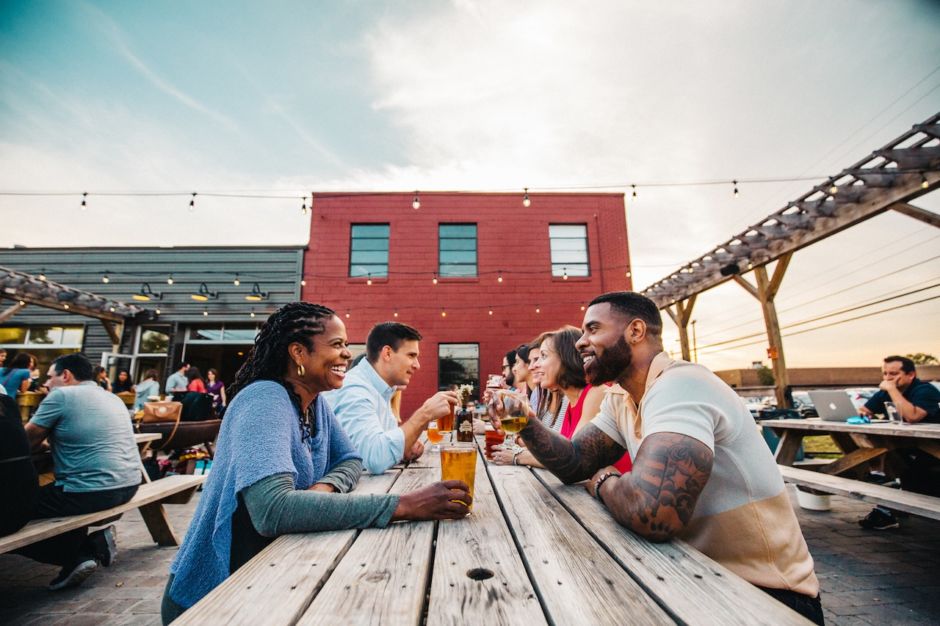 Charlotte has the most racially diverse STEM workforce in the country, according to a 2018 study by SmartAsset. With a burgeoning aerospace sector and a tech industry growing at twice the average national rate, the Queen City has seen an influx of new residents who came for work and stayed because they found a home.

Charlotte’s revival has been years in the making, and visitors can experience it firsthand in its diverse neighborhoods and award-winning food and beer scene. Not far from the W Trade St Greyhound station in Uptown Charlotte is the city’s South End neighborhood, where you’ll find a vibrant arts community and plenty of craft beer — check out Wooden Robot Brewery, The Unknown Brewing Co., or any of the half dozen others nearby.

Charlotte’s light rail connects its neighborhoods to make getting around easy, though many districts are highly walkable in and of themselves. While you’re exploring the South End, follow the Rail Trail on foot to shop, sample, and sip your way through this section of town. 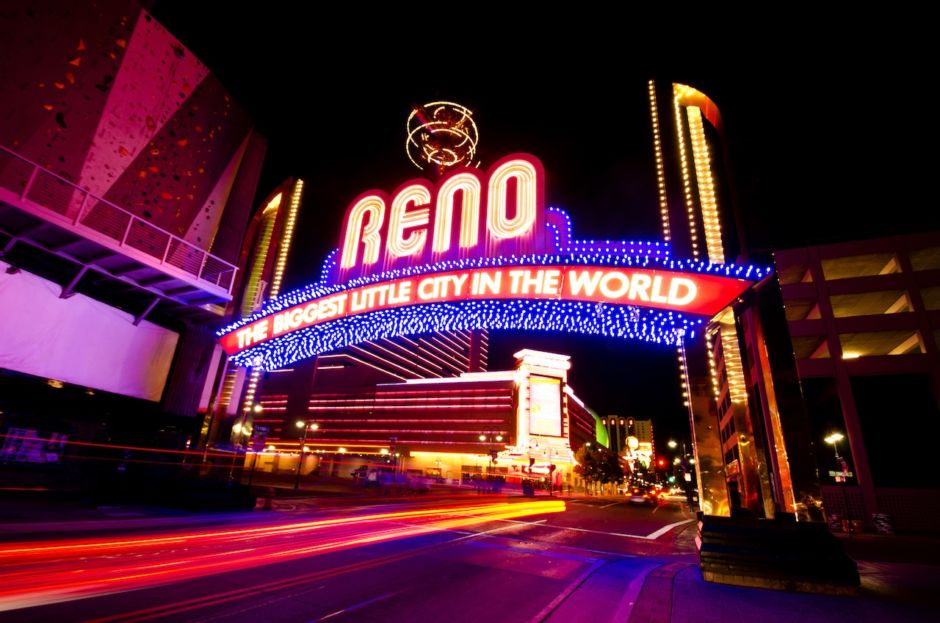 Nevada is consistently ranked as one of the top 10 most diverse states in the country, and don’t expect Reno to be any different. Growing Hispanic and Filipino populations have shaped the character of the city, and its Basque history is cemented in the local food scene.

But it’s the Wells Avenue neighborhood that takes the cake. From the Greyhound Station over at 1421 Victorian Ave in Sparks, it’s a 10-minute drive to these dive bars, upscale restaurants, off-beat foodie stops, and eclectic boutiques. On the way, you’ll cross the Truckee River, pass the Nevada Museum of Art, weave among Midtown’s array of coffee shops, and catch a glimpse of the Nevada Discovery Museum and restaurants like Centro Bar & Kitchen, Ceol Irish Pub, and Cafe de Thai. There’s nothing small when it comes to diversity in Nevada’s “Biggest Little City.” 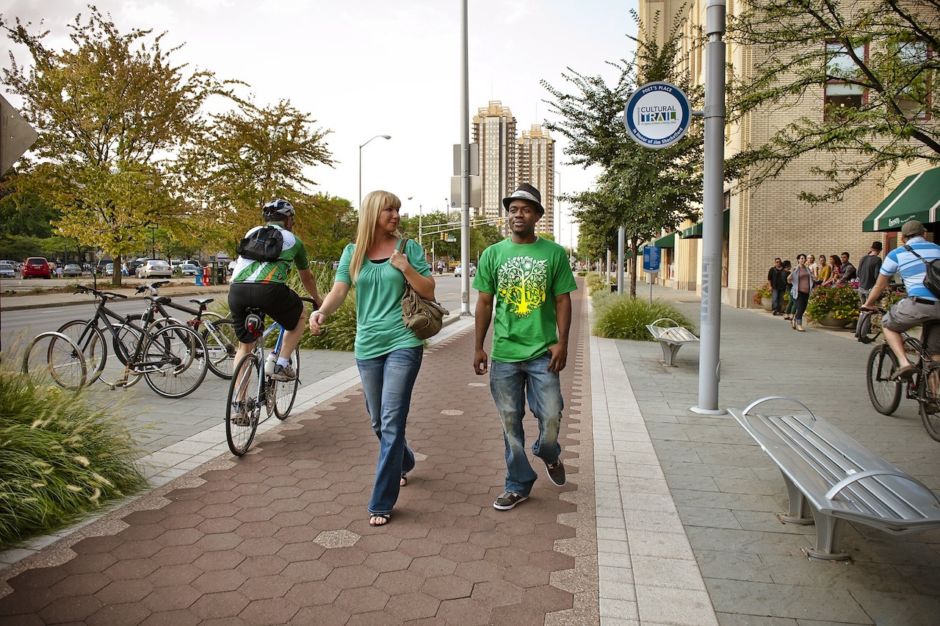 The Indy 500 isn’t the only big annual event bringing tourists to Indianapolis — the Indy PRIDE Festival is one of the largest LGBTQ celebrations in the Midwest, drawing participants and crowds of more than 100,000 people.

Events aside, visitors to the city can explore its downtown districts by following the 8-mile Cultural Trail, accessible a mile or so north of Greyhound’s Illinois St station. This walking and biking path winds through downtown and links many significant sights, including the Massachusetts Ave Arts District, where three quarters of the establishments are LGBTQ+-owned — including bars, restaurants, night clubs, and shops.

Here and throughout Indianapolis, stickers declaring “This Business Serves Everyone” are proudly displayed in shop windows, an ever-present reminder of the city’s inclusive nature. 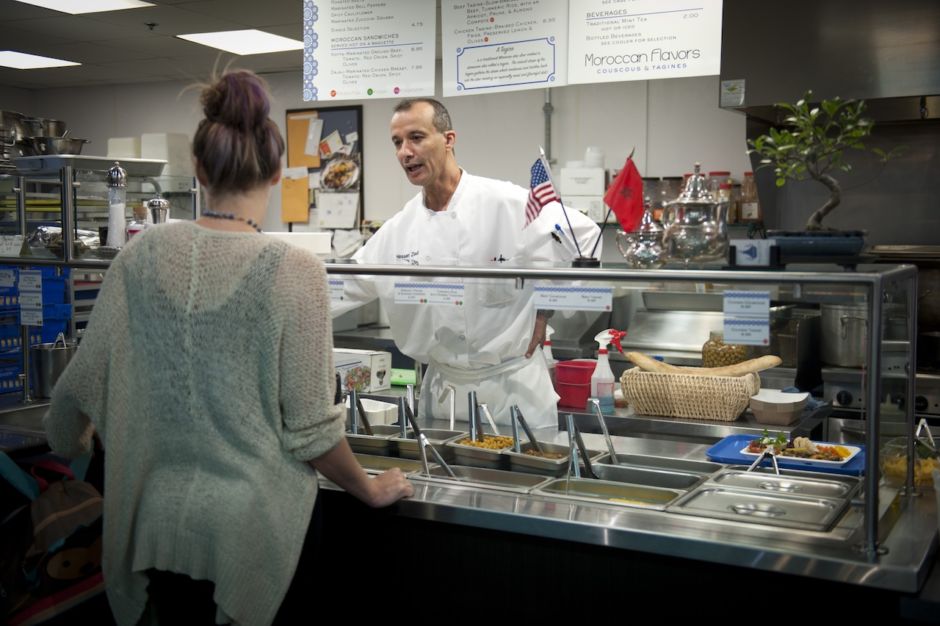 In the 1990s, Minneapolis began welcoming large populations of Somali refugees fleeing their country’s civil war. Over the past 30 years, refugee groups and other populations of new Americans have added to the city’s — and region’s — already diverse culture.

Located on Lake St, Midtown Global Market gives visitors an opportunity to sample dishes from many of the city’s most flavorful cuisines. From Greyhound’s Hawthorne Ave station, the indoor market is a 10-minute drive south, past the Minneapolis Institute of Art and the American Swedish Institute. This is also where you’ll find the Somali Museum of Minnesota, the only such institution in America.

East of downtown, many new Americans of East African descent reside in the Cedar-Riverside neighborhood. Head to this walkable district for some seriously authentic cuisine. 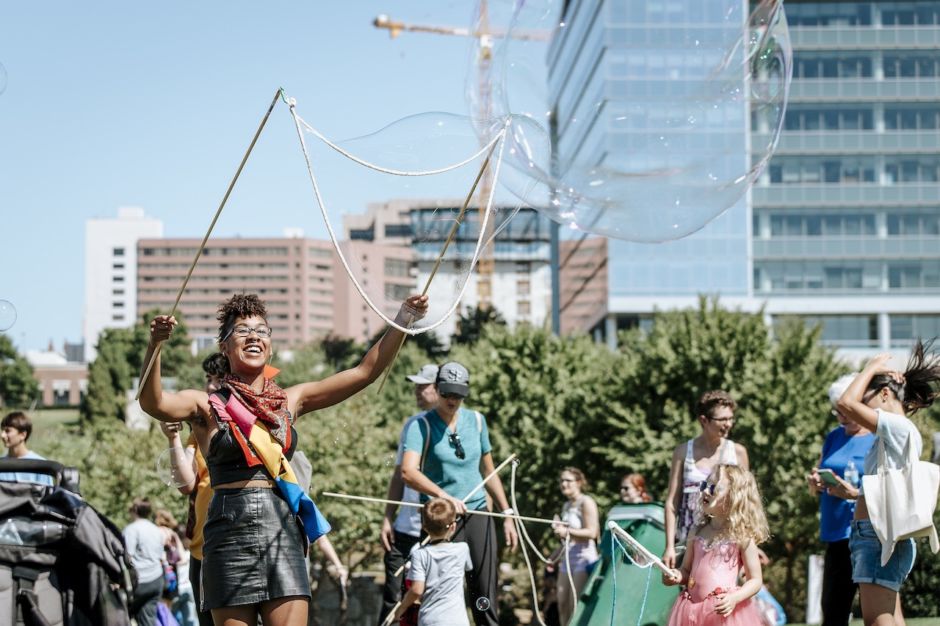 History persists in the River City but does not overshadow, for example in places like the Jackson Ward Historic District. The neighborhood, known as the Black Wall Street of America, was home to a thriving black commerce and entertainment community until city planners began to target it — and neighborhoods like it — for redevelopment beginning in the 1940s. It’s now having a renaissance moment as the city’s young and diverse residents bring renewed creativity, energy, and openness into this Southern hub. An eclectic and modern culture has emerged — a culture that can’t easily be classified.

Greyhound’s station on N Arthur Ashe Blvd puts visitors near the Museum District. To the southeast of this neighborhood is Richmond’s downtown, which can be easily explored by following the 1.25-mile waterfront Canal Walk. You’ll find the walkable arts district here, which includes one of America’s most impressive street art scenes. 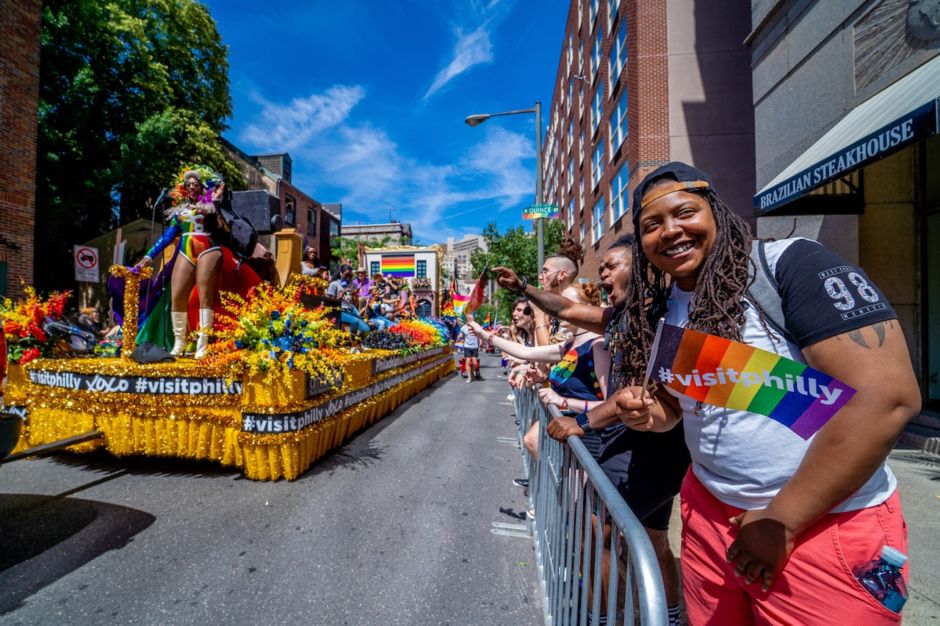 Philadelphia’s racial and ethnic diversity is something the city has always celebrated, and that same celebratory attitude embraces the diverse sexual orientations, gender identities, and gender expressions of its citizens as well.

Just a few blocks from Greyhound’s Filbert St station, the Washington Square West district makes up one of the country’s best-known and historic LGBTQ+ neighborhoods. Marked by 36 rainbow street signs, this neighborhood has been formally recognized by the city as an enduring and vital part of Philly culture.

The diverse range of LGBTQ+-friendly businesses and organizations that draw locals and tourists to the area include restaurants, theaters, nightclubs, bars, shops, health and fitness centers, and more. The city also hosts events throughout the year like the Philly Pride Parade, OutFest, and Blue Ball. 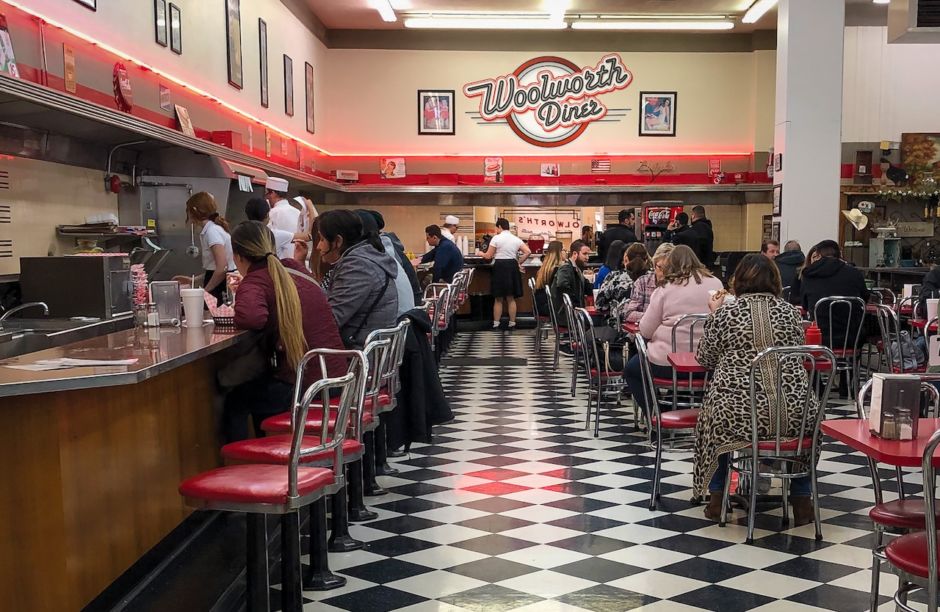 Bakersfield isn’t growing up, it’s growing younger. The median age of the population is 30.5, compared to the US at 37.8 and California at 36.1. Not only is the population younger than average, it’s also more ethnically and linguistically diverse than those of its neighbors.

The new Bakersfield has emerged as a cultural melting pot that celebrates its diversity with festivals and events throughout the year. The city’s calendar includes an annual Celtic music festival, Greek food festival, Italian street art festival, Jewish food festival, and menudo cook-off.

While its residents might be on the young side, a five-minute walk from Greyhound’s 18th St station is where you can find the last Woolworth’s lunch counter in the nation, still a spot to grab an old-school hamburger. Otherwise, head a couple miles further afield for the renowned, family-owned Wool Growers Restaurant and experience some family-style Basque fare. Fun fact: Bakersfield is home to one of the highest concentrations of Basque restaurants outside of the Pyrenees. 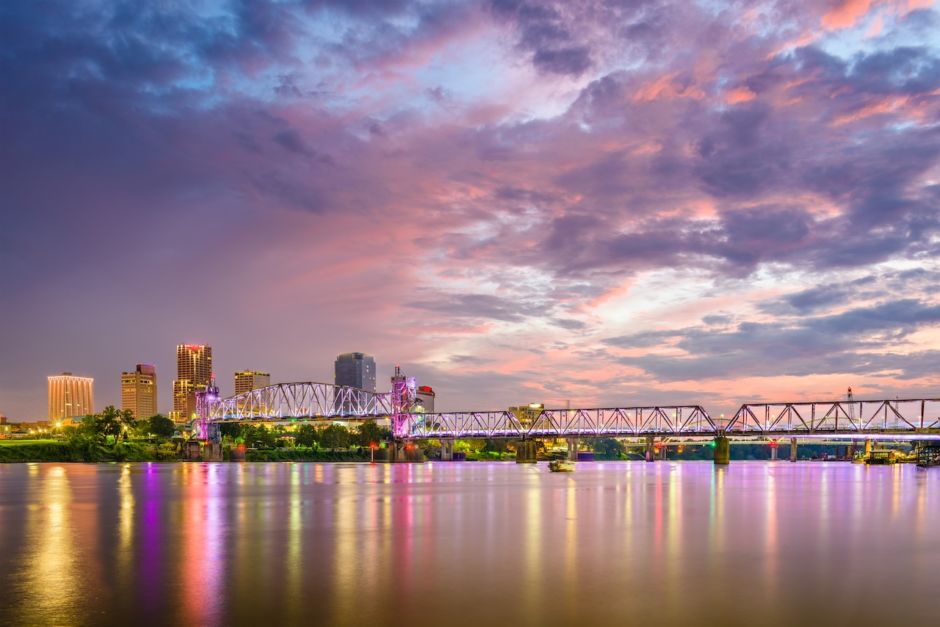 Little Rock has a population that is 51.8% multicultural, and the city honors this diversity throughout the year with a full calendar of festivals — including World Fest, a mainstay in the area since the early ’90s. The city also hosts the Arkansas Italian Food & Culture Festival, the International Greek Food Festival, IndiaFest, the Jewish Food and Cultural Festival, and more.

With a festival-sized celebration (or two) occurring every month, the riverfront capital is an excellent year-round destination. Greyhound’s E Washington Ave station will put you just a few blocks from the banks of the Arkansas River, so you can explore the cultural landmarks, shopping, and diverse restaurant scene happening downtown as soon as you step off the bus.