Airplanes might soon get the British bus treatment. To increase comfort and social distance, an ingenious design called Zephyr Seat, featuring double-decker lie-flat seats, is being considered by major airlines.

The design, the brainchild of designer Jeffrey O’Neill of Zephyr Aerospace, would allow Economy Plus Class passengers to lie flat or sit upright with their legs fully extended in their own cocoon. 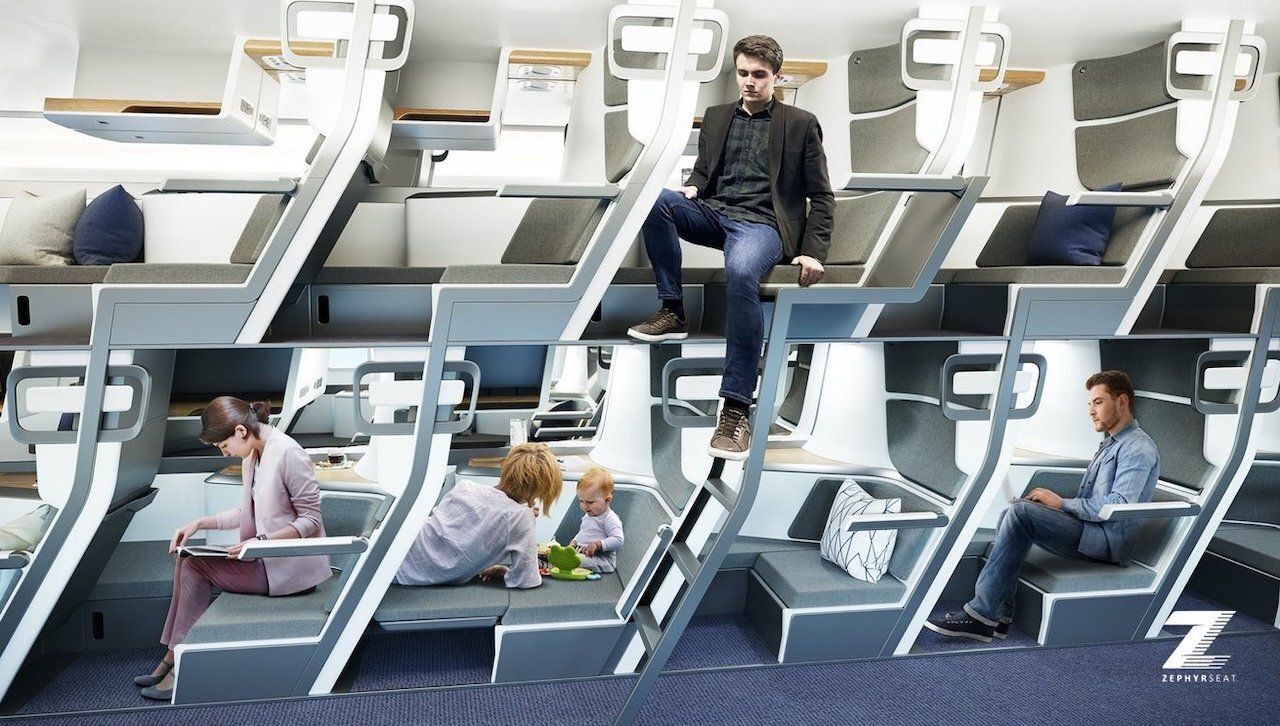 In a conversation with CNN Travel, O’Neill explained, “We basically retrofitted a whole other seat on top of another. So it’s essentially two levels, it’s not as tall off the ground as people might imagine, it’s only four and a half feet off the ground from the entry point to the lower seat to the upper seat.”

The concept makes use of the space between a standard seat and an overhead bin, resulting in more passenger legroom and space between passengers. The design promises no loss of seating density for airlines but a lot more room and privacy for Economy Plus passengers. 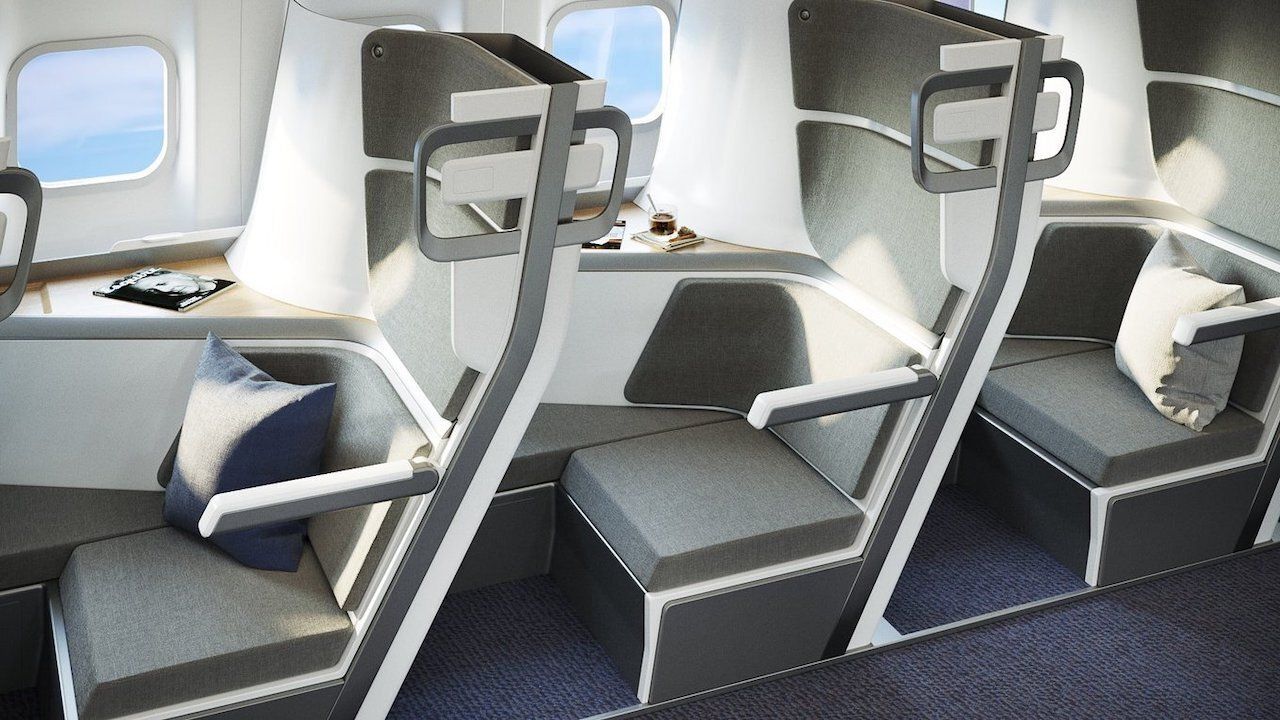 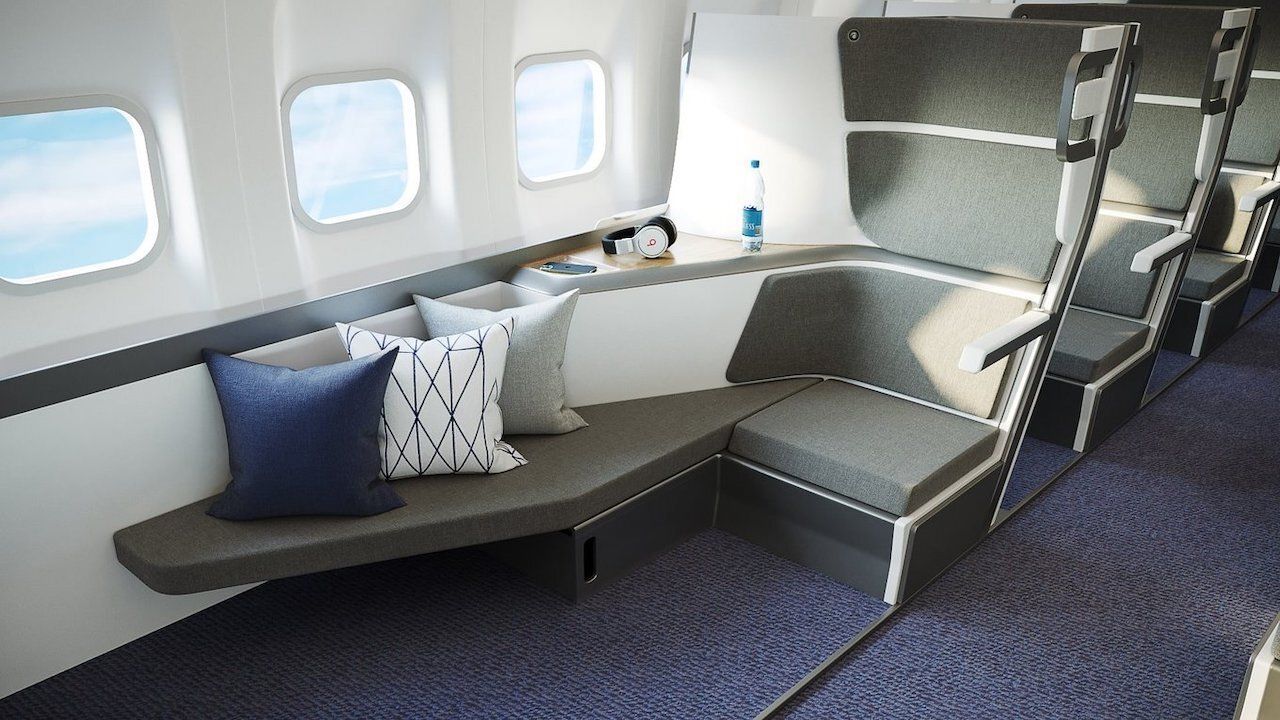 The Zephyr Seat would permit Economy Plus passengers to social distance more easily as each seat is a private individual cabin, and it would provide 78 inches of flat lying space. 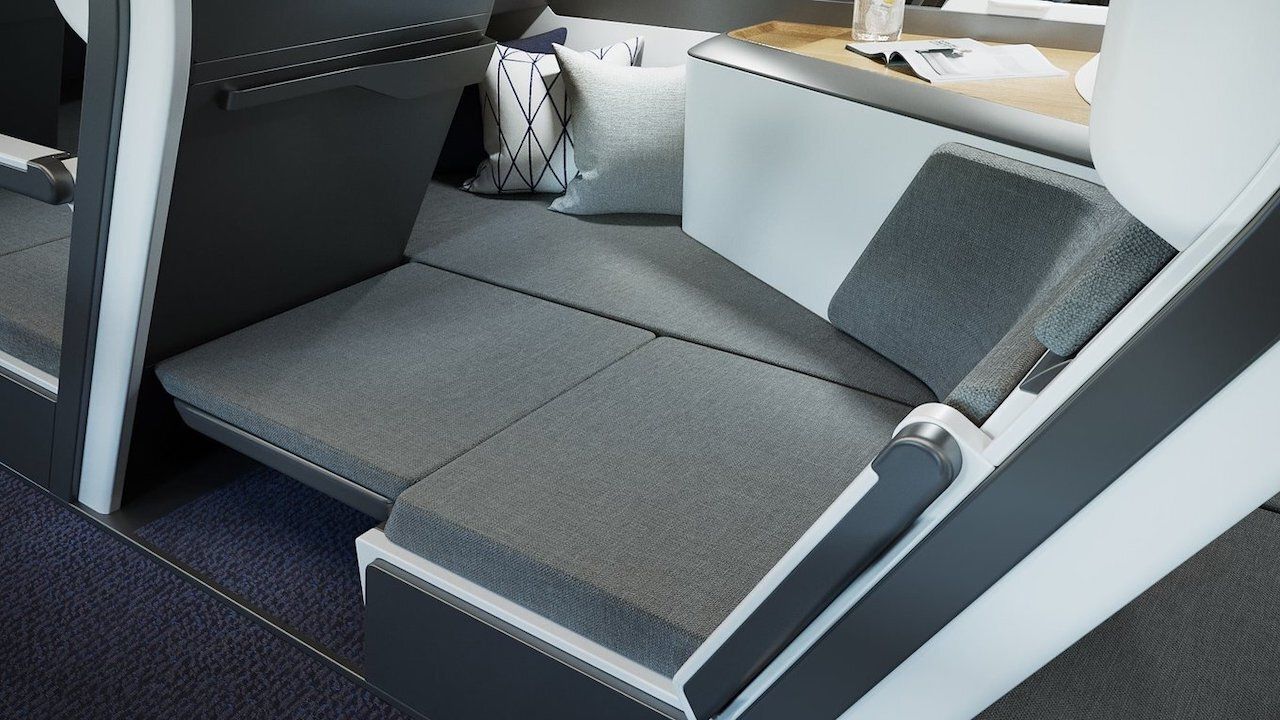 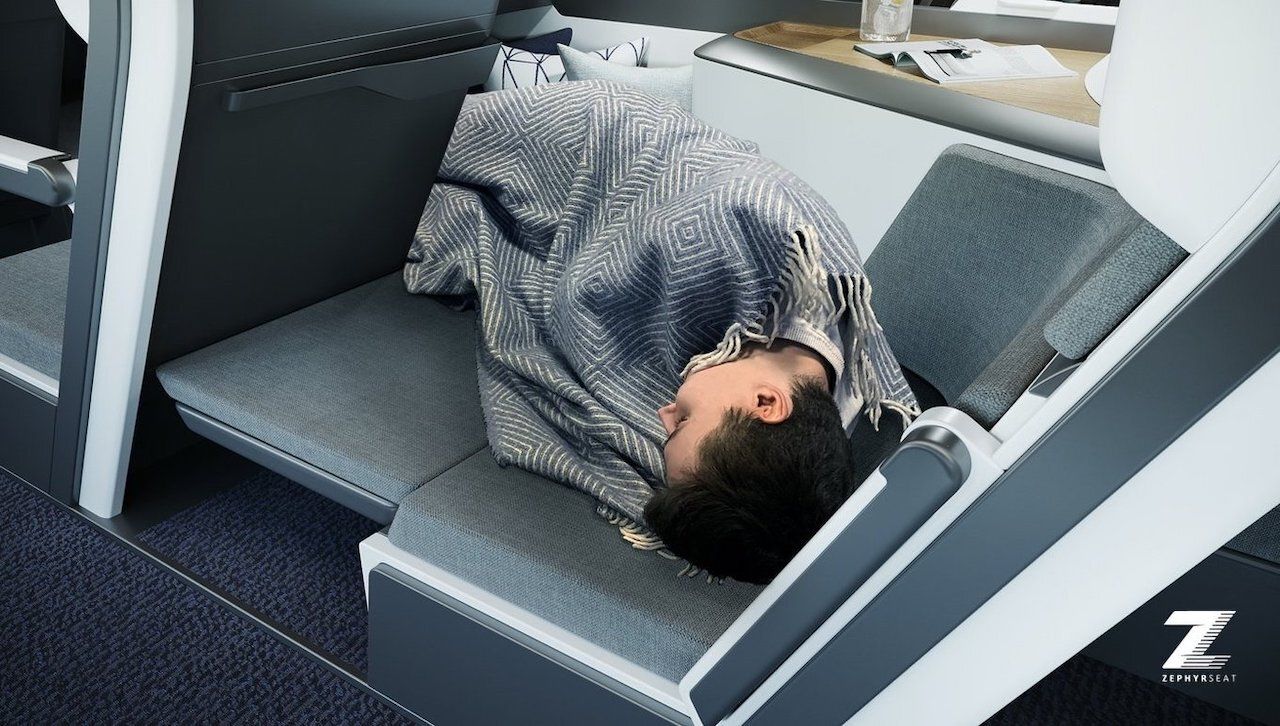 O’Neill has had conversations with four major airlines, including Delta, about his design, but none have committed to trialing it yet.