Netflix’s new Down to Earth with Zac Efron might be the next show you need to binge.

Over the course of eight episodes, Zac Efron and his co-host, wellness podcaster Darin Olien, travel the world, visiting a new location each time and learning about sustainable solutions, as well as local cultures and healthy living. Down to Earth with Zac Efron is light-hearted, fun, and educational, and two weeks after premiering, the show is still holding strong in Netflix’s Top 10 most popular content. While Twitter has been having a field day poking fun at Efron’s lack of expertise on the subject, most are joyed that Efron is getting his fans to care about the climate — even if he doesn’t have a lot to add to the convo himself.

As the changing climate quickly approaches a point of no return, and travel abroad is mostly canceled for the time being, Down to Earth with Zac Efron is truly the show of the moment. On one hand, it provides an entertaining introduction to how humans can live more sustainably. On the other, your wanderlust can be quenched as you watch Efron explore France, Iceland, Sardinia, Costa Rica, Peru’s capital city Lima and its Amazonian region, Puerto Rico, and London.

While the High School Musical heartthrob might be an unexpected host for a sustainability and travel show, his passion is genuine. He also doesn’t know much about what he’s exploring, so watching the show feels like you’re learning alongside the world’s most enthusiastic student. He is obviously impressed by everything, and that energy — along with amusing dude-bro vibes — rub off on the viewer.

And if you are into the “hot lumberjack” look, you can join the rest of Twitter in thirsting over a frequently shirtless, newly burly and bearded Zac Efron — we won’t judge. Just try and also pay attention to the show’s message along the way. 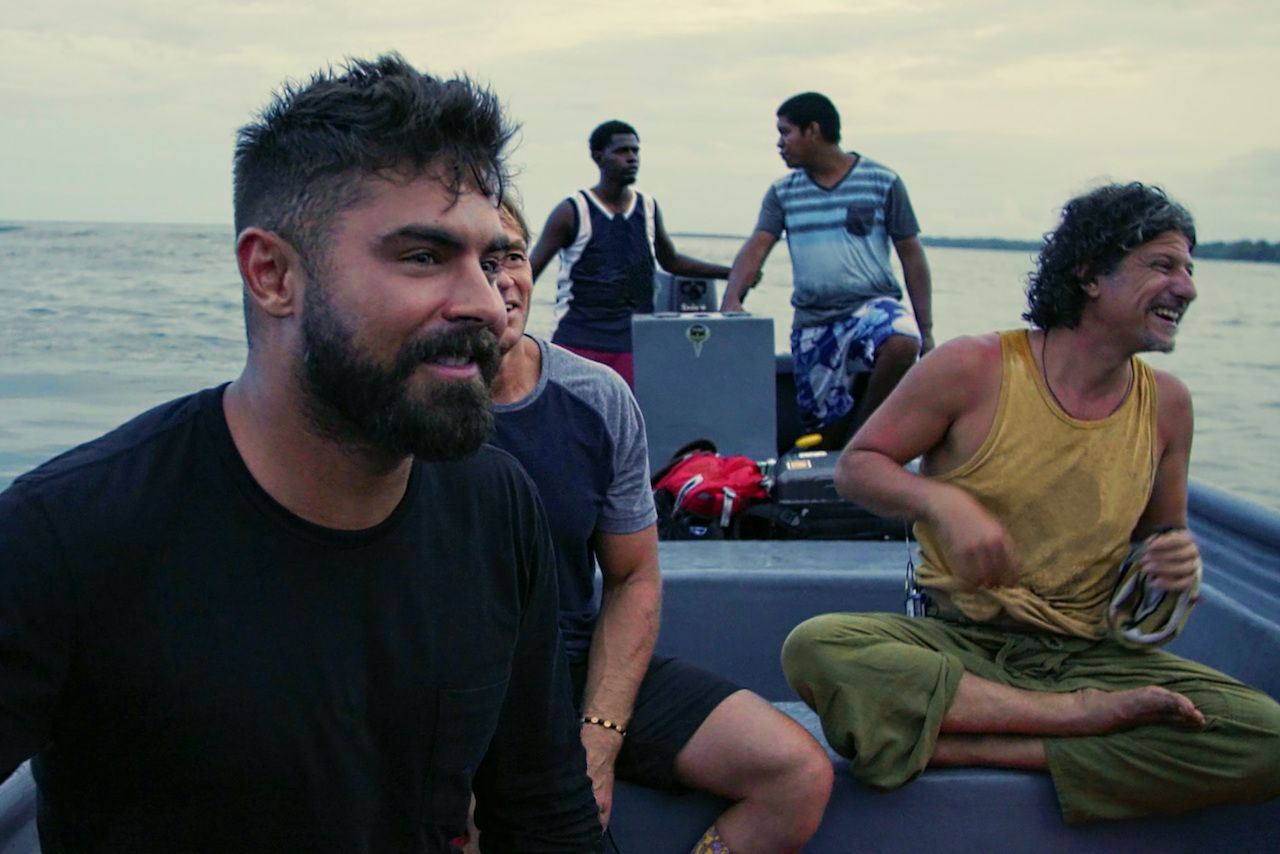 Even those who already are well-versed on sustainable solutions will appreciate seeing some of them in practice in unexpected places. In Paris, Zac and Darin visit a water treatment plant where water is treated with ozone and UV light, natural disinfectants that contrast to the harsh, unnatural chlorine that’s added to water in the US. Moreover, throughout the city, you can find free water stations — with both flat and sparkling water. It’s a cool way to de-incentivize French residents from buying single-use plastic water bottles.

Down to Earth is a bit all over the place, but that does work in its favor. One moment we see Zac is making a sustainable chocolate bar in Iceland, the next he’s in Puerto Rico learning about organic farm cooperatives designed to withstand hurricanes. You can get a taste for travel and different cultures, as well as how to make living better.

It makes sense that food is a big theme in the show, because agriculture is one of the biggest contributors to environmental degradation. In fact, food production accounts for 26 percent of global greenhouse gas emissions and uses up 70 percent of the world’s freshwater. In addition, “conventional” agriculture puts toxic chemicals into our water, kills our wildlife, and disrupts practically every cycle on Earth.

The co-host, Darin Olien, is a vegan and obsessed with healthy food, so he compliments Zac’s bro-y nature well. His veganism is admirable in the context of the show, considering that livestock production is responsible for more climate-warming gases than all transportation combined. But it’s too bad he refuses to taste the fresh goat milk at a farm in Iceland. Even sadder is seeing Darin eat a vegan version of Zac’s meal at a Michelin-starred restaurant in Reykjavik — passing up on Zac’s actually tasty-looking dung-roasted bacon.

But Darien is knowledgeable about food and makes sure that the show also touches upon healthy living practices. For example, in episode two, Zac, Darin, and Anna Kendrick all try water with a water sommelier. As the sommelier delves into the importance of water minerals, Darin nods along knowingly.

Tasting water with a water sommelier is one of many goofy moments in the show. If you’re looking for deep, scientific explanations of environmental practices, Down to Earth with Zac Efron really isn’t it.

But it will probably still teach you — and hopefully many of Zac’s young fans — something new about how we can innovate our way into creating a sustainable future, all while enjoying some much-needed escapism and positive vibes only.