Food is never just sustenance. Food tethers us to our ancestors; it tracks political upheaval. It guides communities through mourning, sustains them during activism and resistance. Food is comfort, joy, family, and connection — put another way, food is life. That is the message at the core of Padma Lakshmi’s latest endeavor, Taste the Nation.

Lakshmi, famous for her longstanding run as host of Top Chef, travels the country looking for the dishes that make up the pieces of the whole we call American cuisine. Told through the eyes of chefs, activists, and educators like Gina Núñez-Mchiri, Michael Twitty, and Felicia Ruiz, each story centers a certain dish (a familiar conceit in the world of food television) — burritos, pad thai, dosa, and poke to name a few. And it turns out that almost every single one can be traced back to communities of color: Enslaved West Africans who endured unspeakable atrocities, Native Americans from whom our government stole land, Japanese families forced into internment camps during World War II, Chinese workers banned from settling in America for 61 years. The story of American food, like the story of the country itself, is one intertwined with discrimination and colonialism.

Only the episode exploring the history of the hot dog focuses on a white European, in this case German, culture. The rest give a platform to the Black, Brown, Asian, and Indigenous people who — it must be said loud and clear for the people in the back — literally invented what we know now as American cuisine. The revered whiteness of gourmet Westernized cuisine — which nets all the awards, garners all the spotlight, and inks more than its fair share of restaurant and book deals — is largely absent here.

There are shows that have tried to do this before — to focus not on the white chefs ordained with Michelin-stars but the diners, food carts, street vendors, foragers, fishermen, and home cooks who are at the heart of what the majority of Americans eat every day. Lakshmi makes the model work better than most simply because she avoids fetishizing and othering these people. Too often, the rarefied way gourmet chefs cook is treated like the norm or the ideal, while the way regular people eat — simple food that has been cooked the same way for hundreds of years — is framed as quaint or outdated. 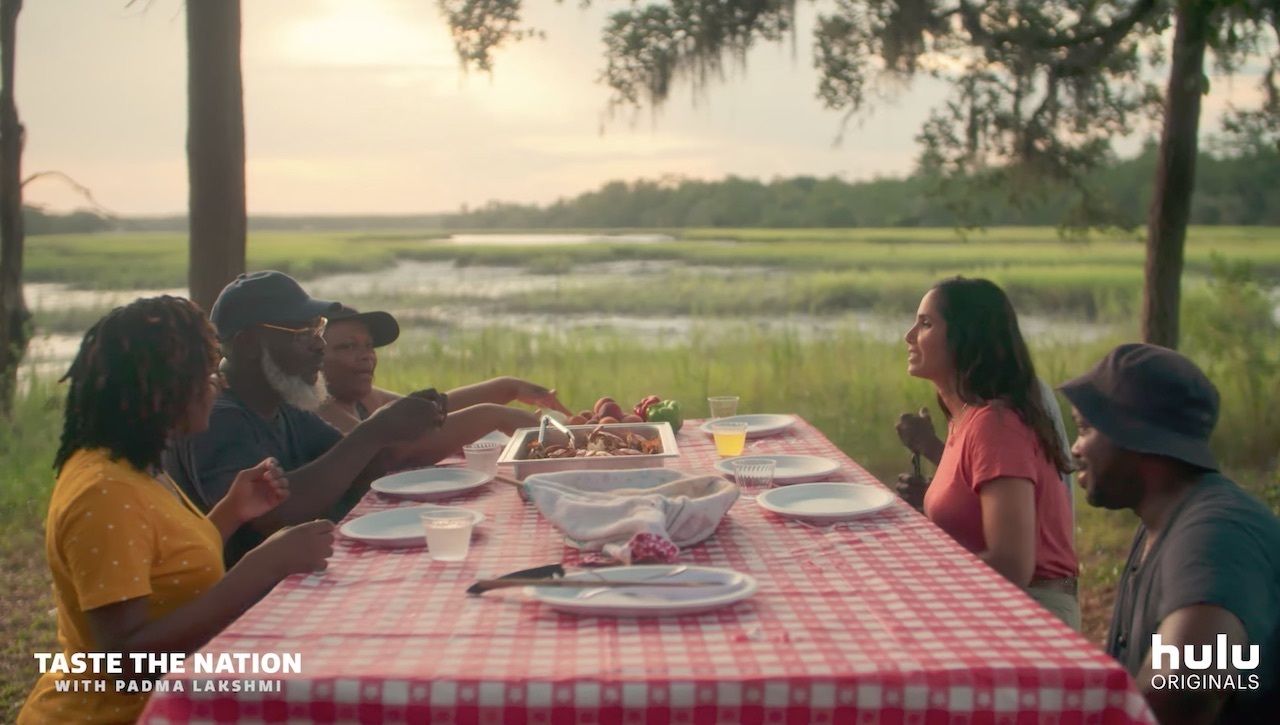 An older woman who has cooked at H&H Car Wash in El Paso is especially striking. She’s given just a few minutes on screen, treated without much fanfare or fawning, yet the camera’s reverence for her and the way she cooks is clear. For 36 years she’s been upholding the cuisine and cooking traditions of Mexico. There are people all over the country — we meet Apache seed carriers and Gullah Geechee fishermen — who have done something similar their entire lives without awards or recognition. And yet they continue on because this food is, most importantly, their livelihood, but also what binds them to their families and their homes. To give it up would be to watch their culture wash away with the tide of homogenization and assimilation, and therefore simply unthinkable, unacceptable. Isn’t that — shouldn’t that be — just as important as inventing a new way of serving aged Parmigiano-Reggiano?

What’s unsaid, but implied in that scene at H&H Car Wash, is why this Mexican woman will never be exalted in the way the towering white men of Europe are for their food. The answer is probably clear to most viewers — but it still feels urgent to keep repeating the question.

Taste the Nation acknowledges that there is no separating food from politics. Through interviews and mini history lessons, we learn fry bread and flour tortillas were invented only after colonists introduced their ingredients into North American foodways. The man who owns H&H Car Wash in El Paso, himself a descendant of Syrian immigrants who employs a staff of cooks who cross the border from Juarez every day, is a Trump supporter. This is part of what makes Taste Nation so emotionally charged, especially for a nation echoing with cries to keep politics out of not just food and travel but everything from comedy to punk rock music. Because it reminds us that there is no American food — there is no America, period — without the immigrants, enslaved people, and Indigenous tribes who built the economy and served as stewards of the land, protecting and cultivating it. 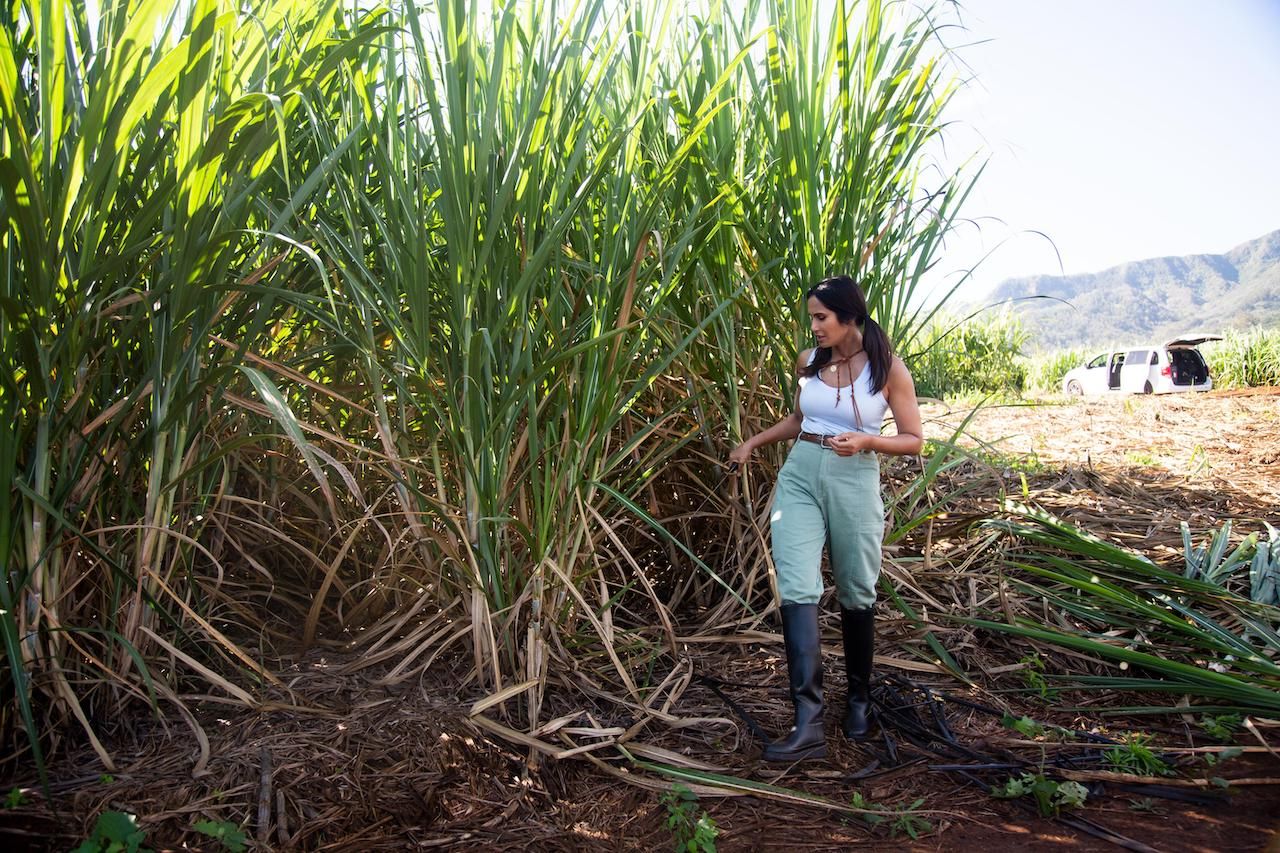 Lakshmi eats a lot on Taste the Nation, and all the food looks like it tastes amazing. But the eating itself, the actual act of enjoying food, feels secondary to the show’s true thesis, which is to celebrate the past and ongoing contributions of immigrants and Indigenous people to American foodways. In centering this premise, Taste the Nation avoids a common trap most food shows these days fall into, which is to simply revel in good food while courting the celebrity of the host and his guests.

But food has context. People who make it. History that — if we want to be responsible, conscientious eaters and citizens of the world — we can no longer ignore. And if we are lucky, Taste the Nation will signal the beginning of a new food television landscape that values the people working every day to make sure the ingredients and traditions that made American cuisine what it is today continue to survive and thrive for generations to come.