East London’s Leyton Street residents commissioned designer Camille Walala to revive a block on their local high street with money raised through crowdfunding efforts. Walala is known for her signature colorful style which is clearly visible in the large-scale mural she created.

The piece, called “Walala Parade,” stretches across the facade of eight buildings, making it one of London’s largest public artwork pieces to date.

The local community raised 40,000 British pounds (about $53,180) as a part of the Wood Street Walls initiative and collectively voted on the mural design. On top of that, London Mayor Sadiq Khan donated another 25,000 pounds ($33,000) toward the project as a part of his Crowdfund London program, which aims to empower community-led creative projects across the city. 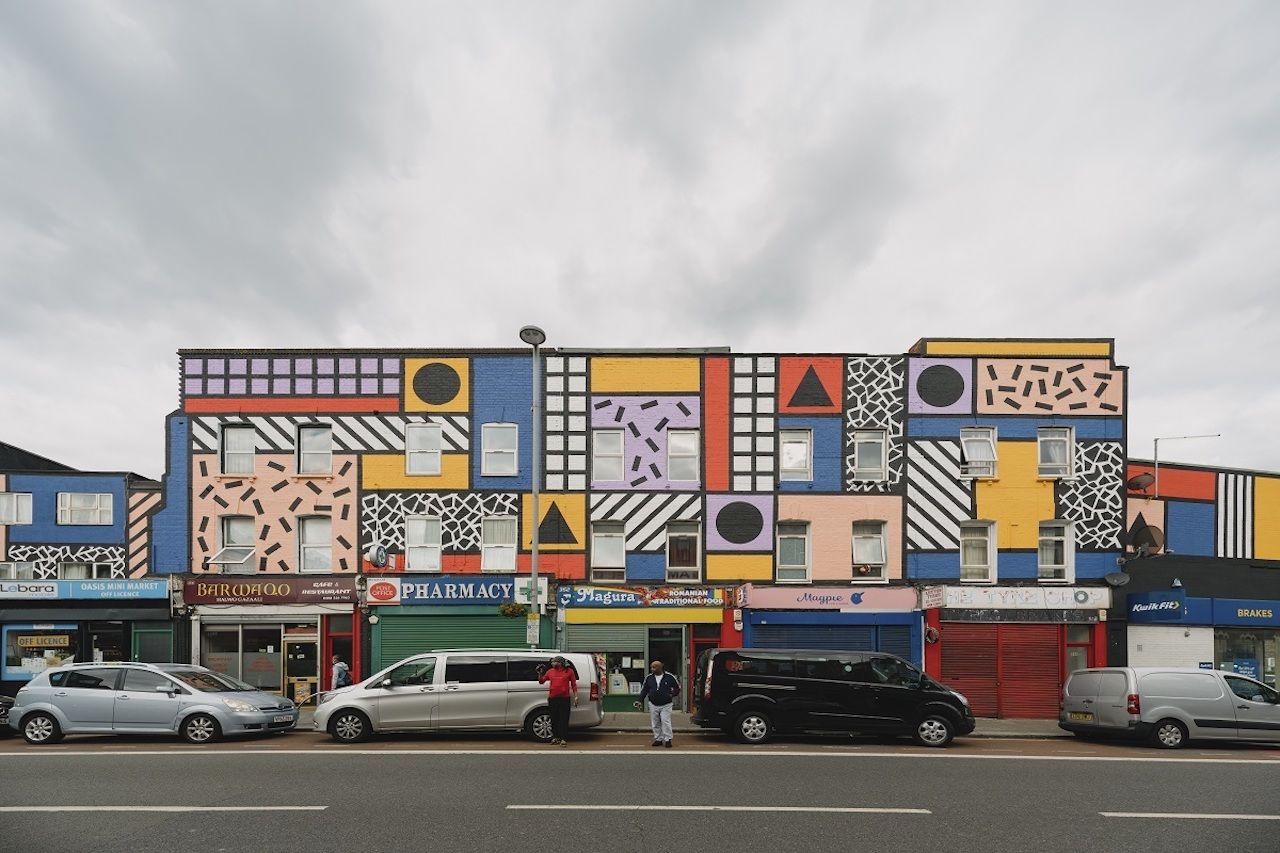 Leyton Street is located in northeast London in the borough of Waltham Forest. The neighborhood is known for its diverse population full of creatives who flock to the area as it offers affordable studio spaces.

“Waltham Forest is such an exciting and creative area of east London — now it’s going to look the part, too,” Walala told Dezeen, adding, “Art and colour have an amazing power to spread positivity, especially at the scale of the street. It’s wonderful to have an opportunity to have such a significant impact on the look and feel of an entire neighbourhood.”

NewsThese Stunning Japanese Light Installations Are Getting a New Home in the Netherlands
Tagged
Art + Architecture News London, England
What did you think of this story?
Meh
Good
Awesome

16 Great Shows To See in 2022 in London’s Most Beautiful Theatres
London Has Six Airports. Here’s How To Pick the One That’s Best for You.
The Ultimate LGBTQ Guide To London
The 10 Most LGBTQ-Friendly Cities in Europe