In Mexican cuisine, plants play a central role: Some are known as quelite, or wild herbs, others are part of the natural landscape, like nopales, otherwise known as prickly pear cactus, and still others are poisonous and require careful preparations. Mexican plants, no matter the form they take, add texture and flavor to all kinds of dishes: enchiladas can incorporate deep magenta flowers and tortillas can be filled with melted cheese and squash blossoms.

Mexican plants are not just the realm of the home cook: They are found not just in markets and the pantries in the homes of Mexican people throughout the country, but at restaurants, too. And there are edible plants all over the country. These versatile delicacies grow from the Yucatan Peninsula to the states of Oaxaca and Puebla. No matter where you are in Mexico you will be able to experience not just the legendary meat dishes like carne asada and barbacoa, but the floral, pungent, and sweet plants that are served alongside them.

If you aren’t used to eating plants, you might be unsure where to start when it comes to diving into the diverse world of Mexican plants. This guide to the most widespread and beloved plants in Mexican cuisine outlines which Mexican plants to try, what region to try them in, and the dishes in which they most commonly appear. Here are nine plants you need to try on your next trip to Mexico. 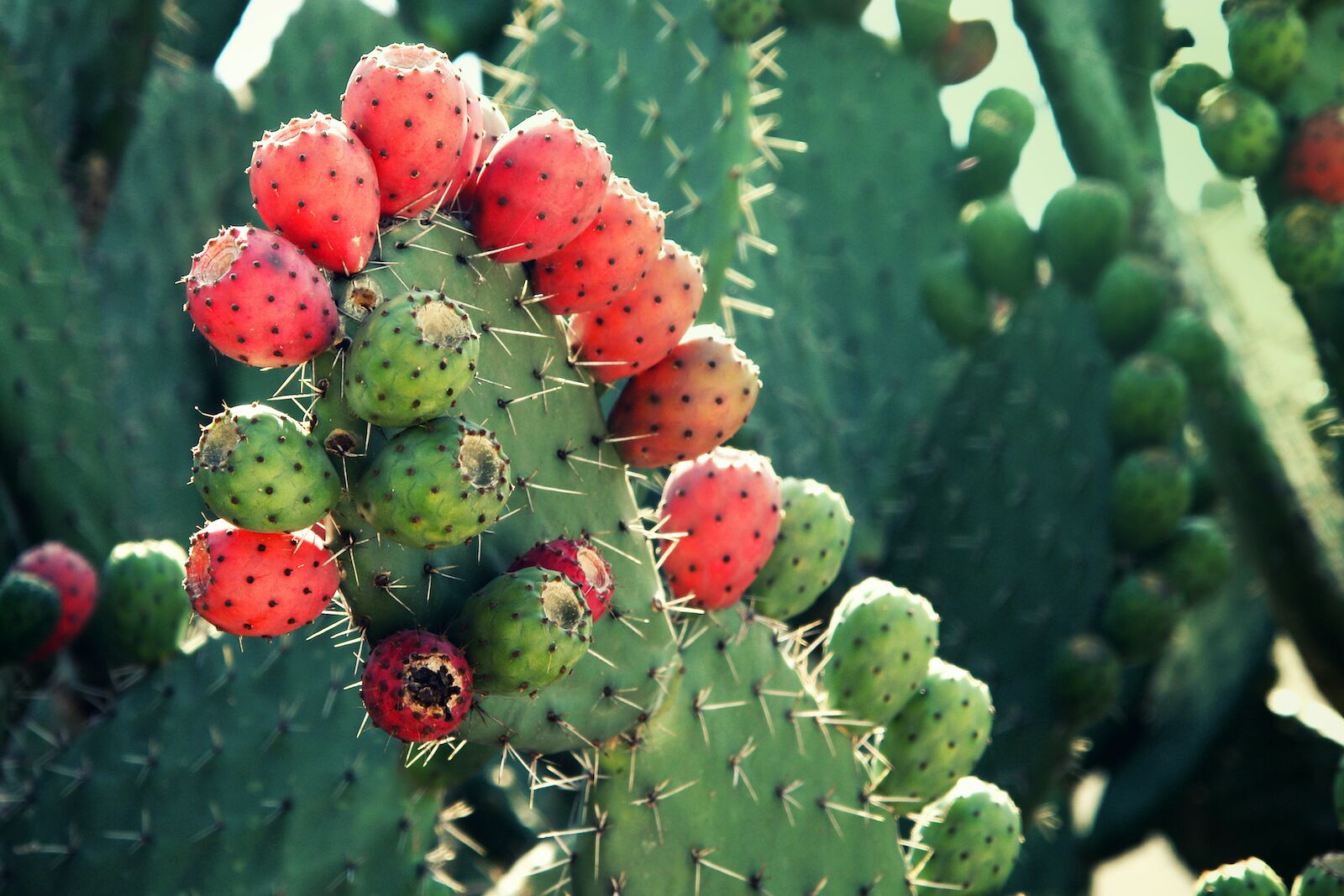 Let’s start with a true icon of Mexican culture. The nopal or prickly pear is easily found as a side or main dish all around Mexico, but especially in the central states around Mexico City. You can find fresh nopales in most traditional Mexican markets, either raw or as the famous ensalada de nopalitos. You can buy this refreshing salad by the kilo or prepare it yourself, just chop the nopales into small cubes and let them rest in a bowl with salt and water to take the slime away (this is mandatory for most recipes that include nopales), rinse and add chopped onion, tomato, panela cheese, coriander, and a pinch of oregano. Another easy alternative to prepare nopales is to grill them next to your favorite piece of meat which makes the perfect complement to any good taquiza.

Nopales are as versatile as veggies can be. They can be the base of a good stew, can be added to a vegetable soup, and even be the base of a healthy smoothie when combined with orange and celery. Nopales might be a little slimy, but they’re also very tasty. 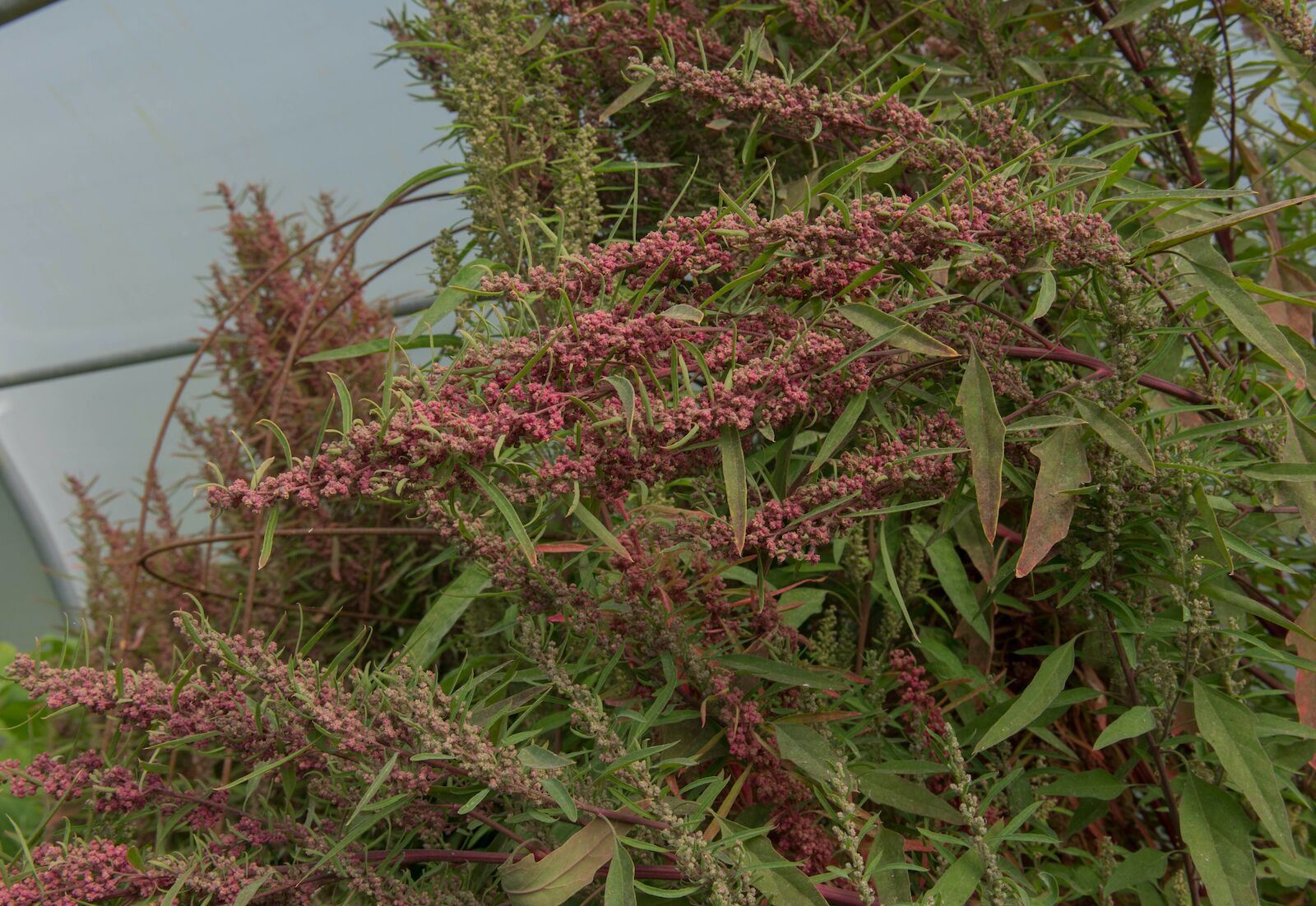 Huauzontle is an herb —very similar to amaranth— that would not impress anyone at first sight, but once prepared, everyone you know will be asking for the recipe. Huauzontles are eaten whole, including branches, leaves, and flowers and only the thickest branches are discarded. They are the perfect seasoning for many broths, but the most traditional way to prepare them is in tortitas, a dish battered with eggs, stuffed with cheese, and covered in pasilla chili sauce.

Huauzontles and other herbs (hierba santa, acuyo, watercress, romeritos, and pápalo) are classified as quelites in Mexican gastronomy. This means that they are wild herbs which grow alongside other crops, especially in the milpa (the agrosystem Mexican farmers use to grow their corn). The use of quelites is a concept that comes from pre-Hispanic Mexico and focuses on the food that nature provides us on its own.

The cacti forests at the border between the states of Oaxaca and Puebla are a sight to behold. The columnar cacti in the area produce large fragrant white flowers on which bats and other animals feast at night; these same flowers are also one of the most recognized gastronomic elements of the region of Zapotitlán Salinas. Tetechas are the immature flowers of this columnar cacti. They are delicious, nutritious, and versatile.

Tetechas are so important in the regional gastronomy that locals celebrate their arrival with gastronomic festivals and other events where visitors are invited to share a sample of these delicacies. To try tetechas in their true glory you should visit the town of Zapotitlán Salinas, Puebla, between the months of April and June. Among the restaurants that offer dishes based on these flowers, Itandehui is the ideal place to experience gourmet cuisine based on local ingredients. While you’re here, take a tour of the Helia Bravo Hollis Botanical Garden and enjoy a guided hike of the unique Mexican desert landscape. 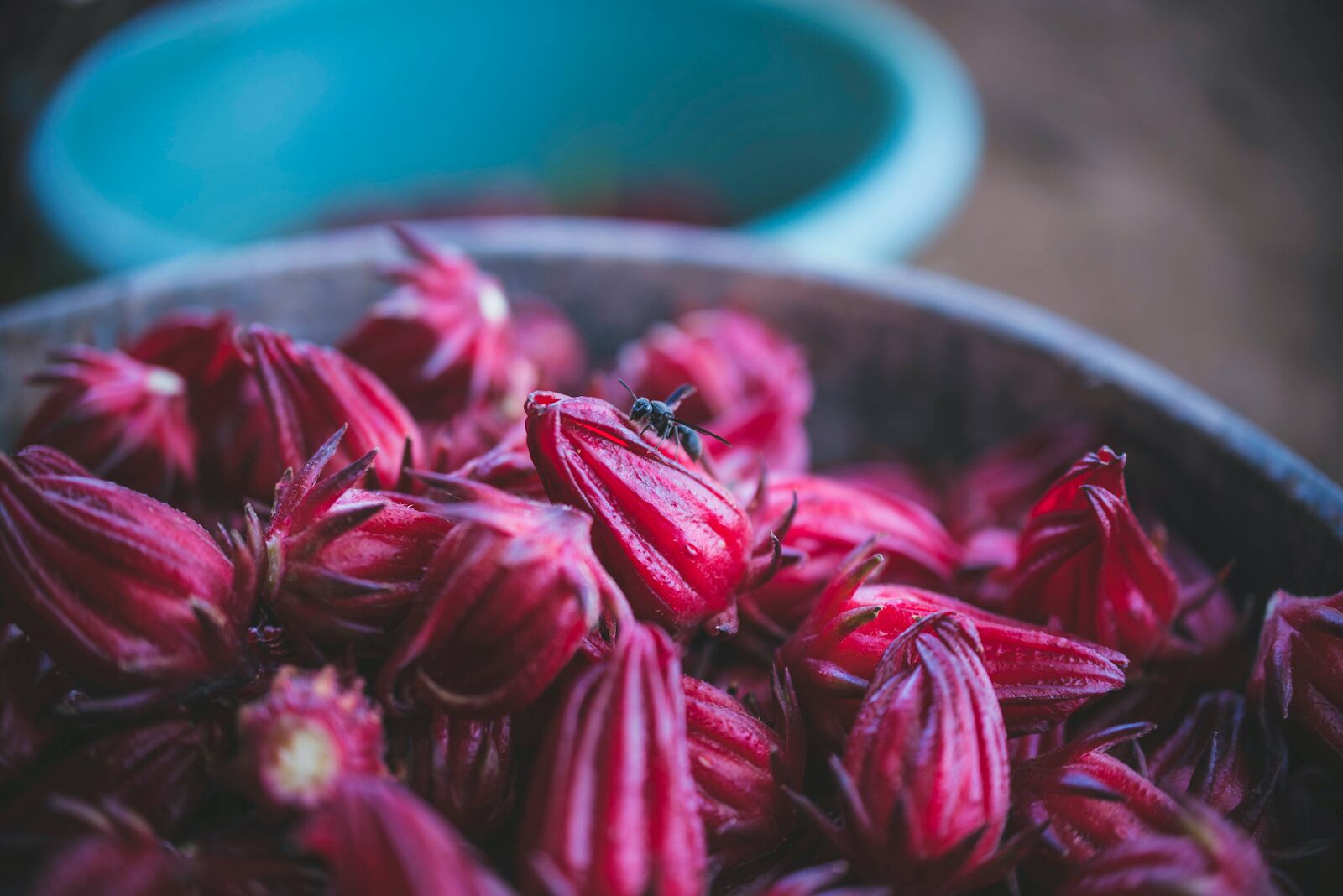 Dried hibiscus flowers are present in most Mexican households. However, very few people take advantage of this flower beyond the preparation of traditional aguas frescas. Hibiscus has been incorporated into modern Mexican cuisine in a great variety of dishes, from sauces to desserts. One of the most striking recipes, both for its simplicity and for being a variant of one of the most common dishes throughout Mexico, are the famous enchiladas de jamaica. Just follow the recipe for your favorite plate of enchiladas, but substitute the usual chicken or cheese filling with jamaica. Remember that jamaica must be simmered before adding it to any other dish. 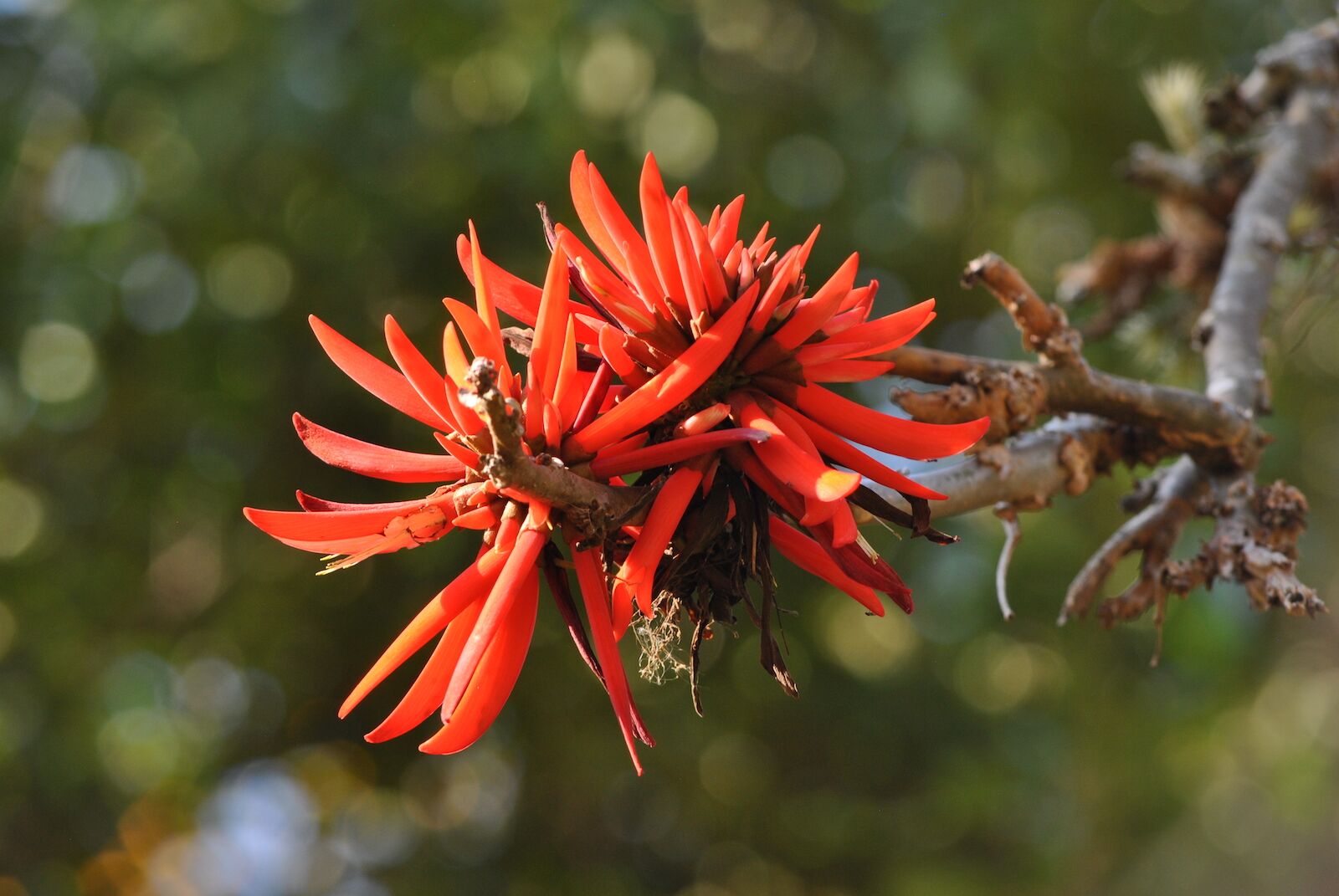 Colorines or gasparitos are seasonal flowers that mark the beginning of the spring in the central states of Mexico. They’re also a delicious ingredient that appears in several specialties in the states of Morelos, Veracruz, and Estado de México. Its strong savory flavor  —similar to that of meat— makes colorines a central element of any dish they’re a part of. They can be found in street markets (especially in small towns like Tepoztlán) in the months of March and April. They’re very cheap, but most people won’t buy them because cleaning and preparing them can be quite a chore (consider that some parts of the same plant are poisonous, so you’ll really want to stick to the flowers only). 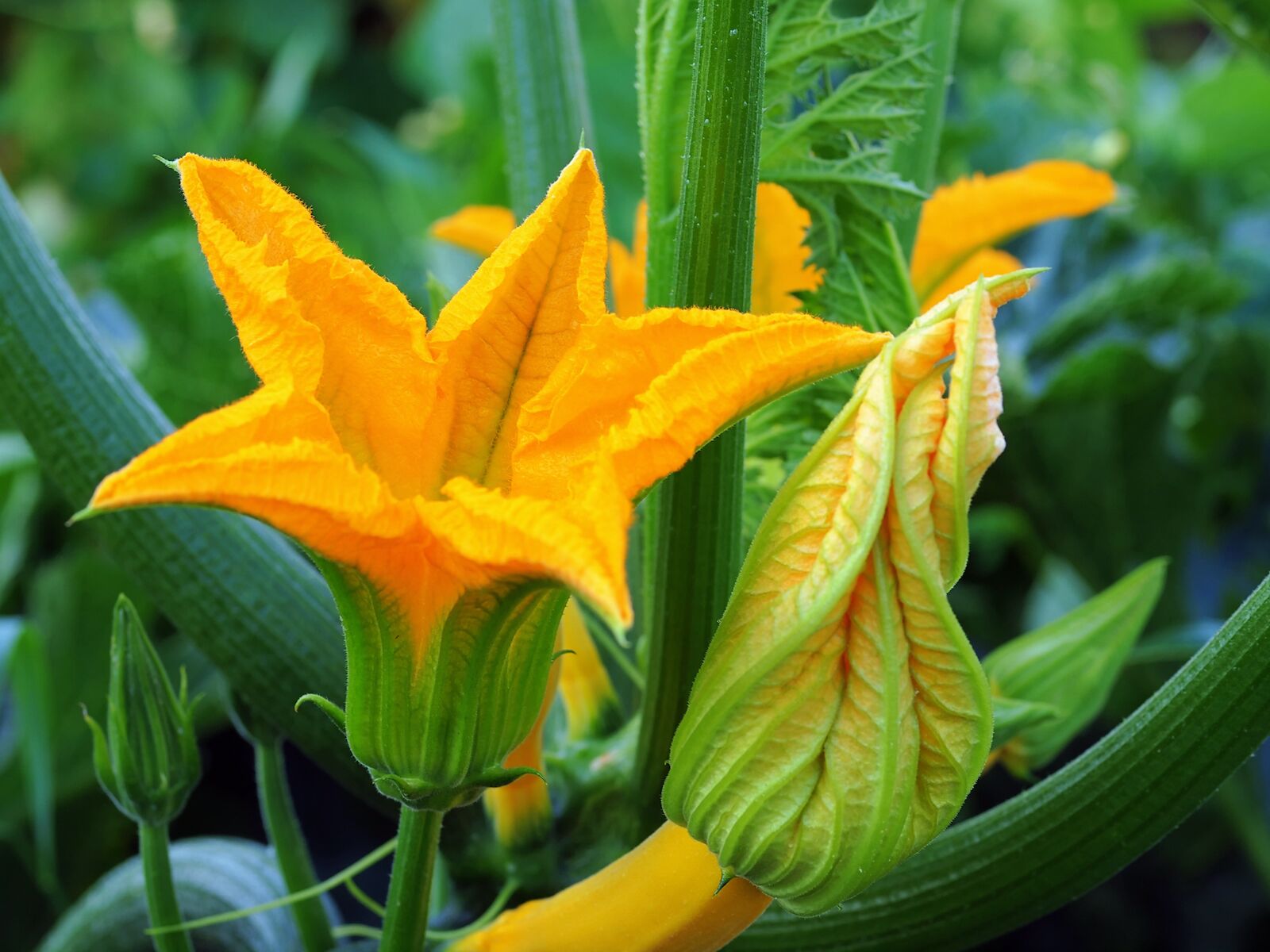 There is no self-respecting quesadilla stand that does not include the typical quesadilla de flor in its repertoire. Here, the flor is a reference to squash blossoms or pumpkin flowers. Typically, this is a yellow flower that you can find in bunches in any vegetable stand of your nearest market. They are cheap and can be used in either salads, soups, sauces, and dressings. But the most common and delicious way to try these are inside a fresh, steamy, cheese-dripping quesadilla.

This little plant is very famous in the Yucatan Peninsula. Like the huauzontle, chaya is also a quelite –  a wild herb – and is toxic, so it should always be boiled before consumption and never be cooked in aluminum kitchenware. Once the chaya is boiled, you can do whatever you please with it: Add it juices, smoothies, tamales, salads, soups, or even stews, for instance.

Dishes prepared with chaya are available in restaurants all around Southwest Mexico. But if you’re in Mérida and craving some authentic regional food, do yourself a favor and pay a visit to La Chaya Maya.

Acitrón is a typical Mexican candy that is extracted from the biznaga, a species of cacti that grows in the central areas of Mexico. The pulp of the biznaga can be crystallized with sugar, leaving a yellow colored sweet that is easy to find in markets around Mexico. This product has been traditionally used to embellish the Rosca de Reyes (a family-sized bread consumed for Kings Day) and is a fundamental element of one of Mexico’s most traditional dishes, chiles en nogada. Acitrón has a dark side though. The exploitation of the biznaga to produce acitrón has caused the populations of cacti to decline and biznagas are currently a species under special protection. 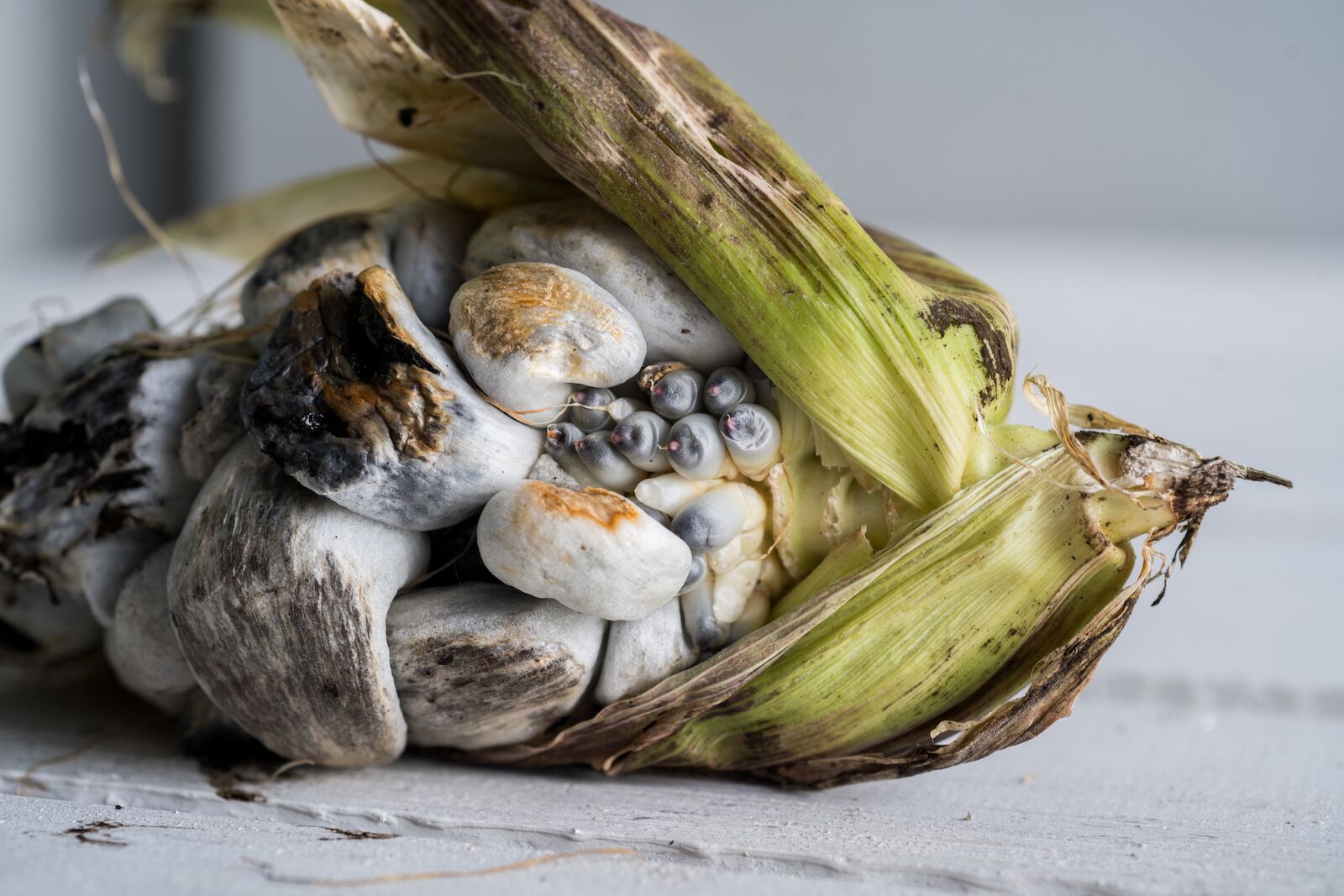 This last one is not a plant nor a flower, but a corn fungus. Anyone who has seen a corn cob infected with huitlacoche might think that it is better to throw it away, but that is not what the ancient indigenious Mexican peoples did – in fact, it was part of their diet. Huitlacoche is not the prettiest among edible mushrooms, with a characteristic black color that might deter most of those who encounter it. However, once you know how to combine it with epazote, garlic, and stuff it inside a tortilla, you will never be able to forget it. Huitlacoche is a seasonal delicacy and you’ll be able to find it fresh in every Mexican market and on the menu of every quesadillas stall once the rainy season starts. It’s not cheap, but it’s definitely worth a try.

Food + DrinkA Trip To the Yucatan Isn’t Complete Without a Taste of the Cherished Melipona Honey
Tagged
Sustainability Mexico
What did you think of this story?
Meh
Good
Awesome