Every year in August the population of Edinburgh doubles as visitors come to experience the world famous Edinburgh Festival. Thousands of shows are performed throughout the city, some in theatres, some in nightclubs, some in pubs, and some underground. But as well as seeing some of these ‘traditional’ performances, there are free shows, essential festival experiences, and great food and drink that only the locals know where to find. We’ll let you in on the secret — here’s how to tackle the Edinburgh Festival like a true local. 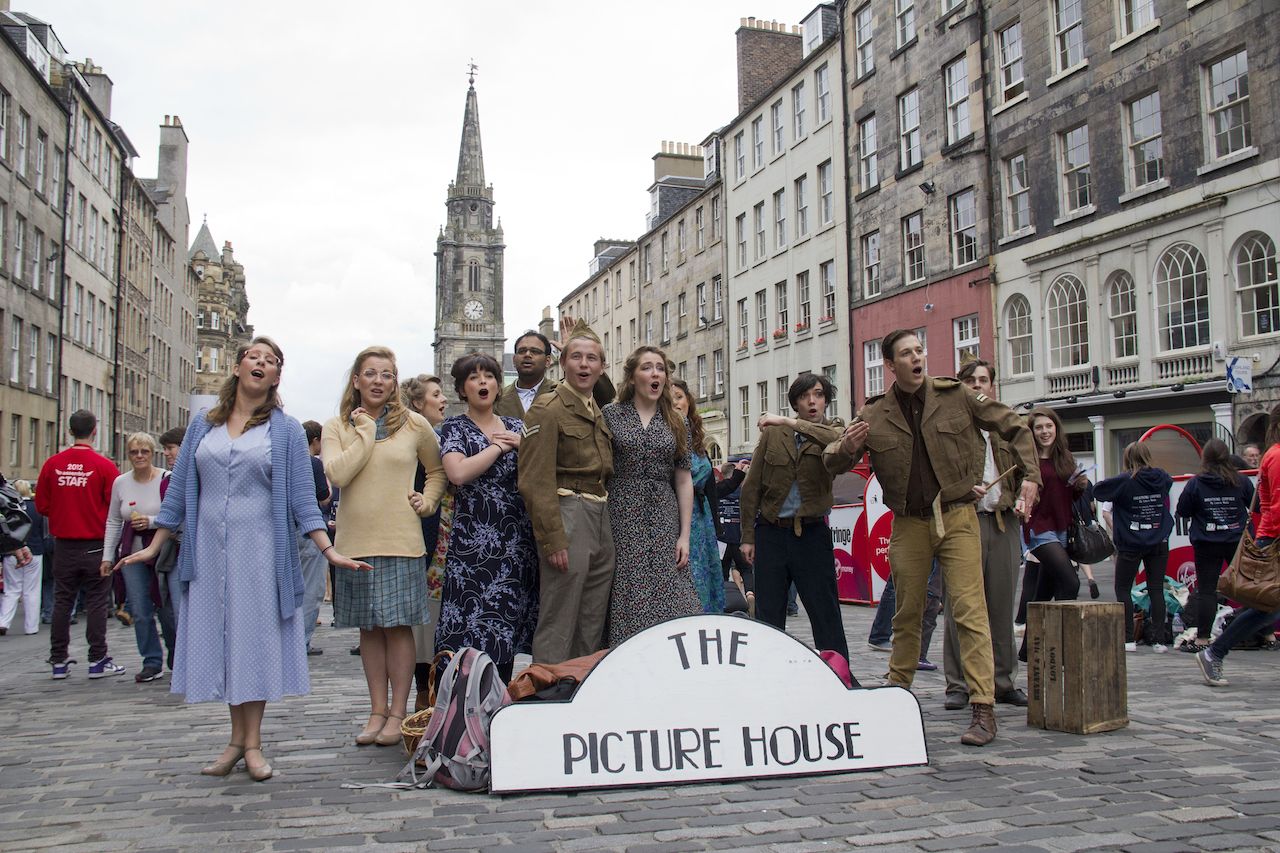 1. Choosing (or not choosing) what to see

With such a staggering variety of acts to see, from internationally renowned orchestras to cabaret and variety shows, the selection process can be daunting. However, using programs that can be found online or picked up around the city, and the Festival app, you can select genres and artists you like. 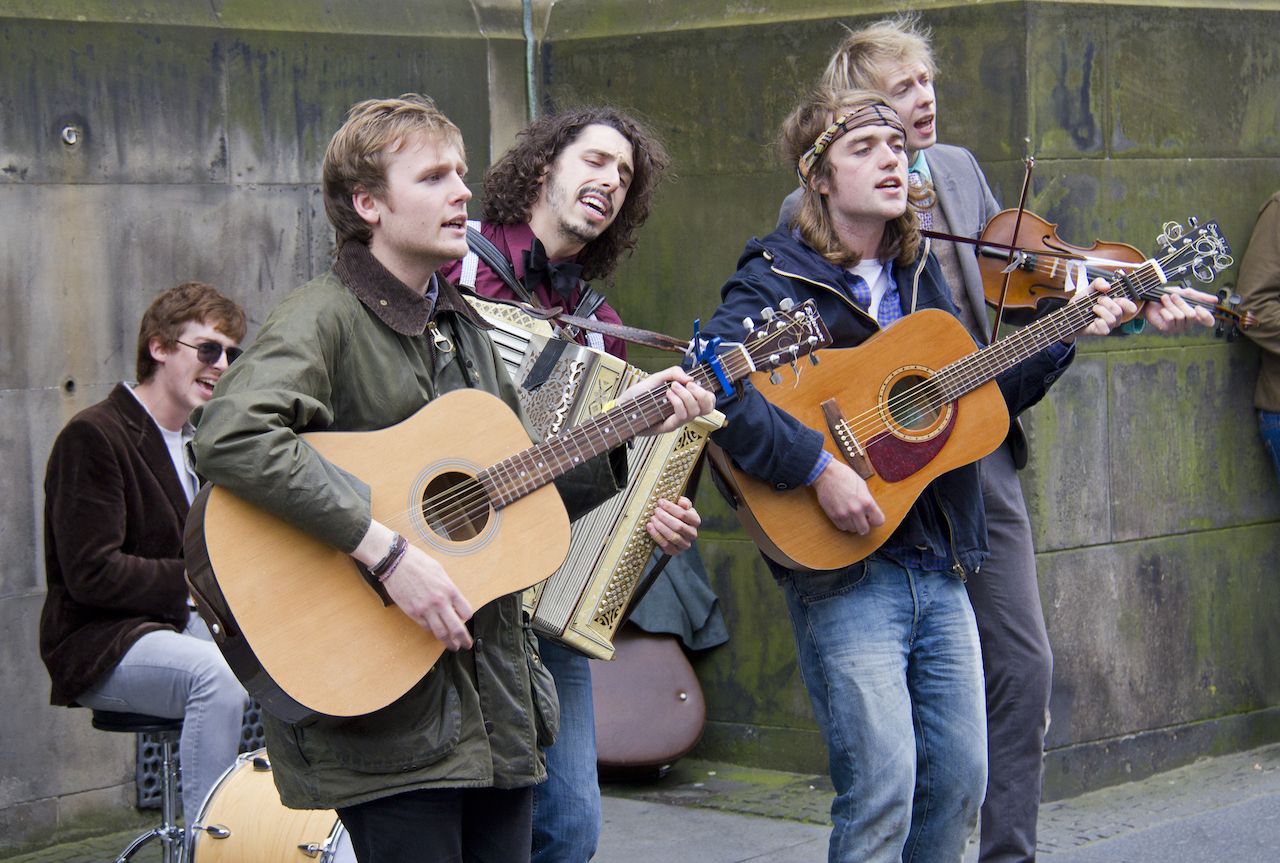 Choose a few shows that catch your eye, but not too many, because the Festival is much more than scheduled shows. It also encompasses street performances on the Royal Mile, arts and crafts stalls, and even the act of drinking and eating at the various venues, which is why it’s worth easing up on the planning and leaving plenty of time for spontaneity.

If you’re not sure what to see, pick up a few newspapers like the Scotsman and read the reviews, or wander down the Royal Mile to see actors giving tasters of their shows. In fact, wandering in general is a great way to get bombarded with flyers for various shows, and sometimes even free tickets too. 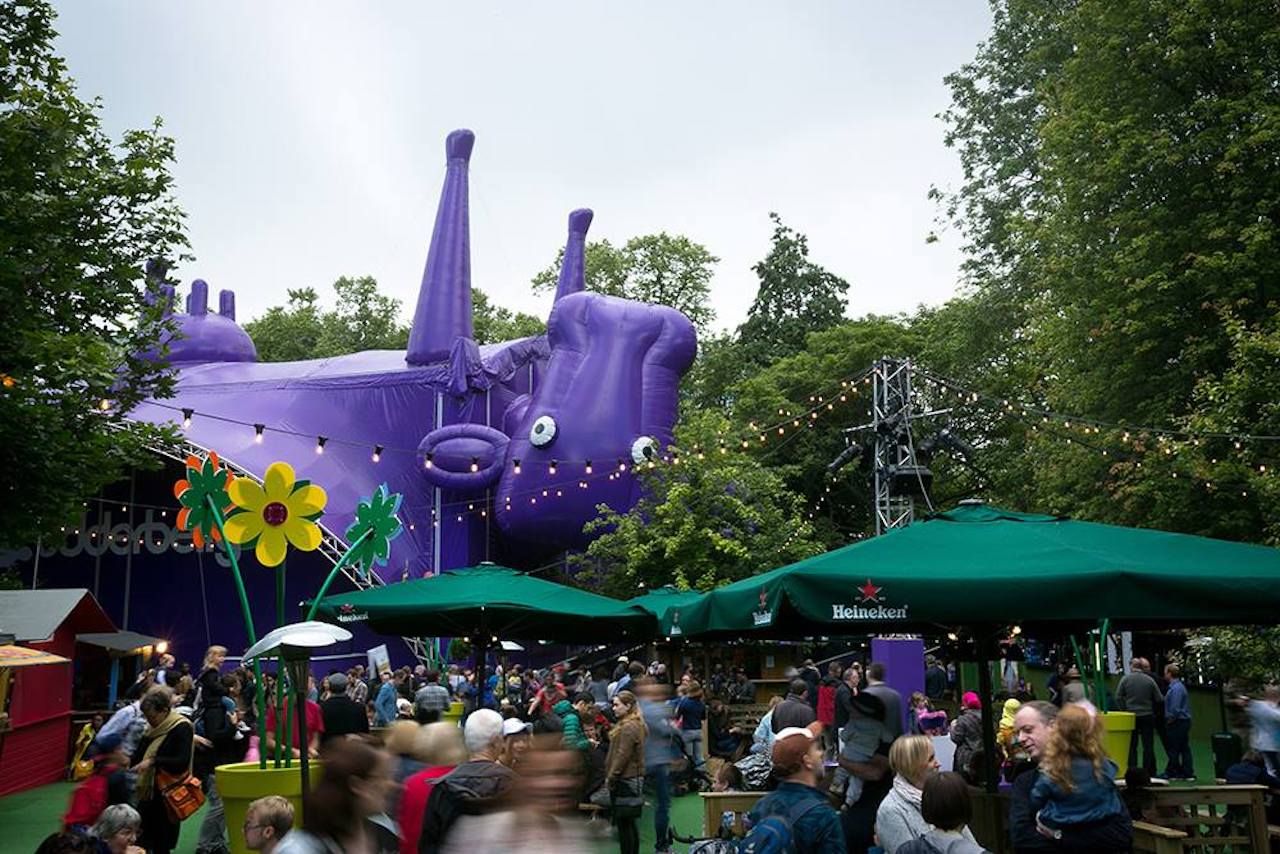 2. Know where the best venues are

There is no one dedicated venue for the festival. The performance venues can be anything from the chandelier-adorned Assembly Rooms on well-to-do George Street to an upside down inflatable purple cow, Udderbelly, to characteristically scruffy pubs.

Though a lot takes place in the center, there are Festival venues all over the city. Some venues are veterans to the Edinburgh Festival and must be visited for a true experience; The Famous Spiegeltent, dating from the 1920s, is an attraction in its own right, with its mirrored bohemian interior. 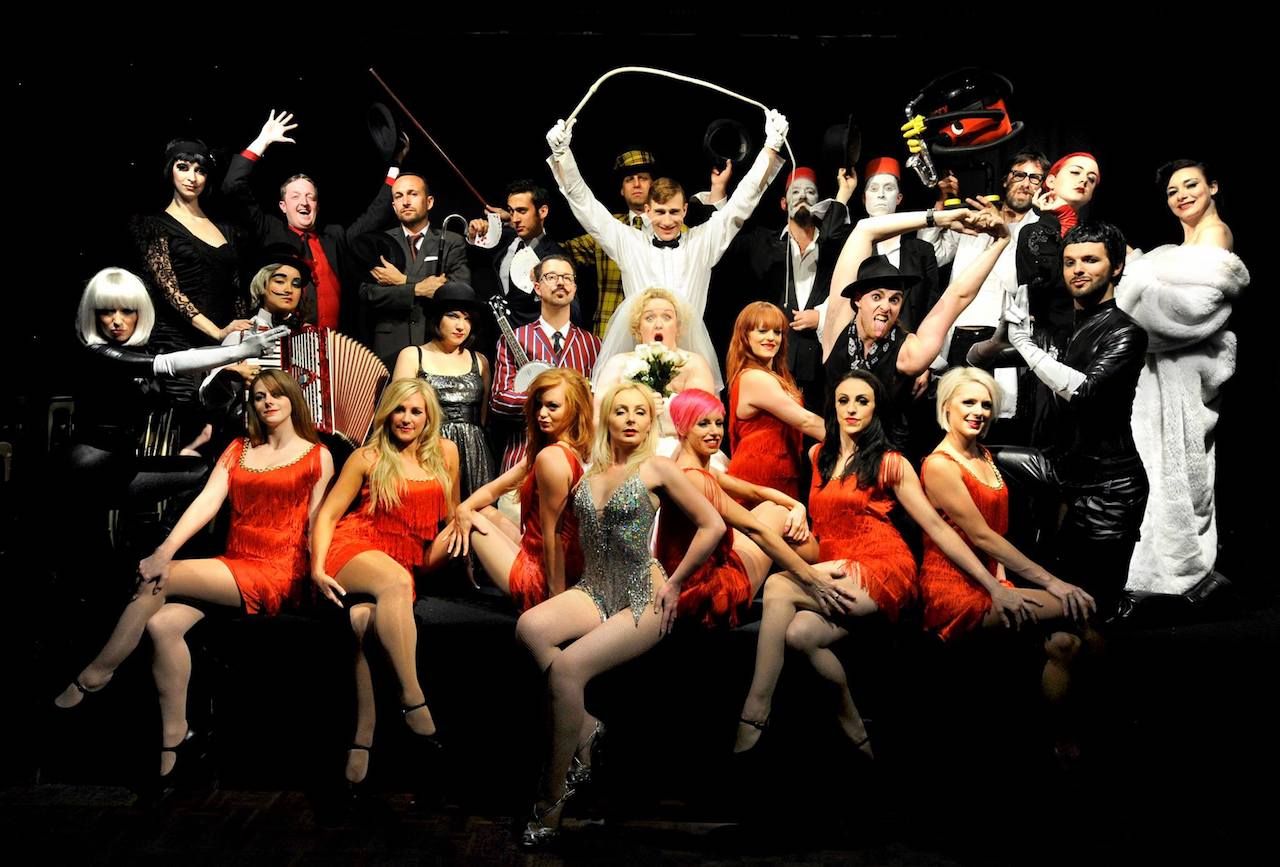 To enjoy a pint outdoors, pay a visit to the purple cow in George Square. Alternatively, a little out of the center is Summerhall, or Venue 26, which is an art center, gin distillery, and microbrewery. As well as having a great outdoor courtyard to hang out in, this year it’s home to an exhibition and concerts by Russian protest band Pussy Riot. 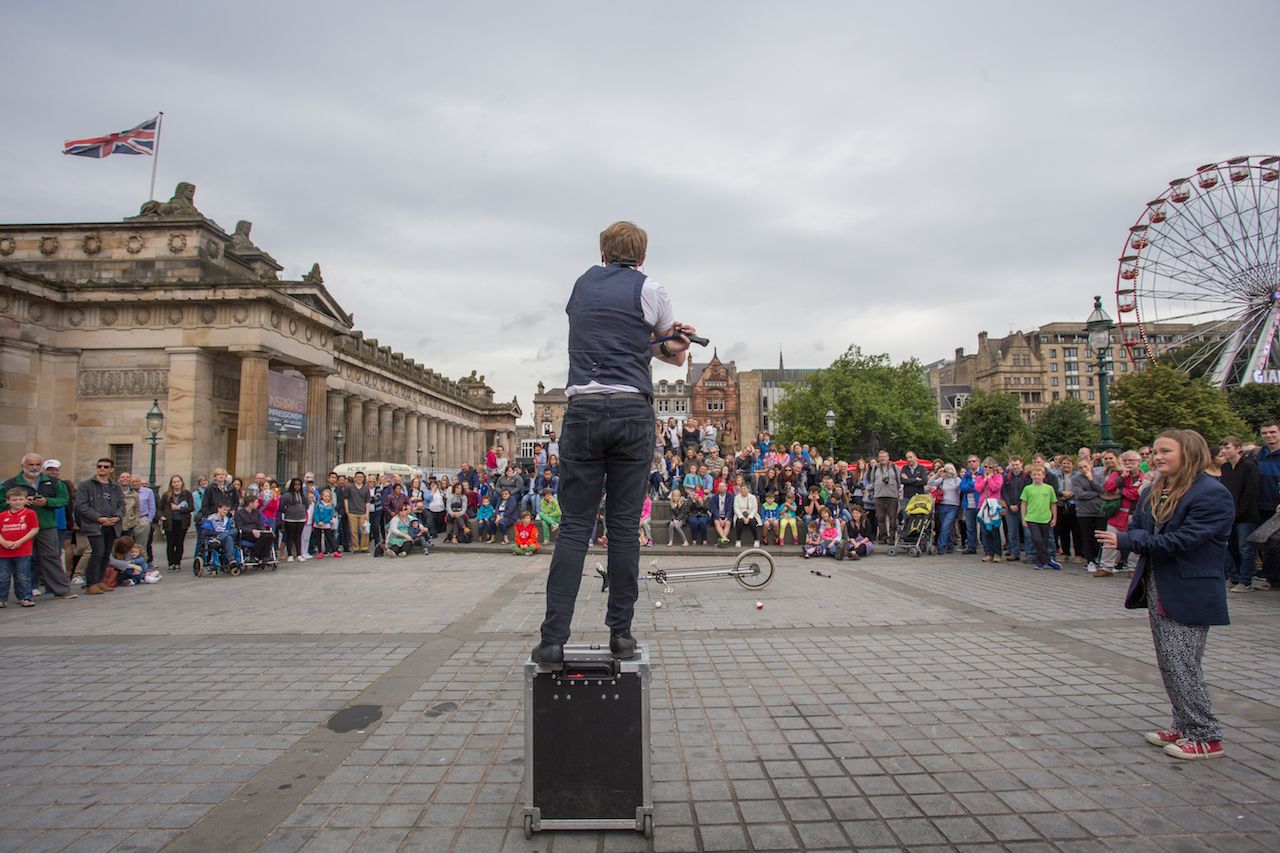 3. Where to find cheap deals and free tickets

Many Fringe shows take part in a 2-for-1 offer during the first couple of days of their performances, this year’s being August 6th and 7th. These dates will be highlighted in red in the program if the deal is offered for a particular show.

Plus, throughout the Festival you can visit the Virgin Money Half Price Hut on the Mound Precinct where thousands of half-price tickets are available every day. The International Festival has an £8 on the day offer for under 26 year olds for selected performances. Turn up in person to Hub Tickets on the day of the performance and you might find yourself bagging a front row, dress circle seat to a world famous opera company production for under a tenner. 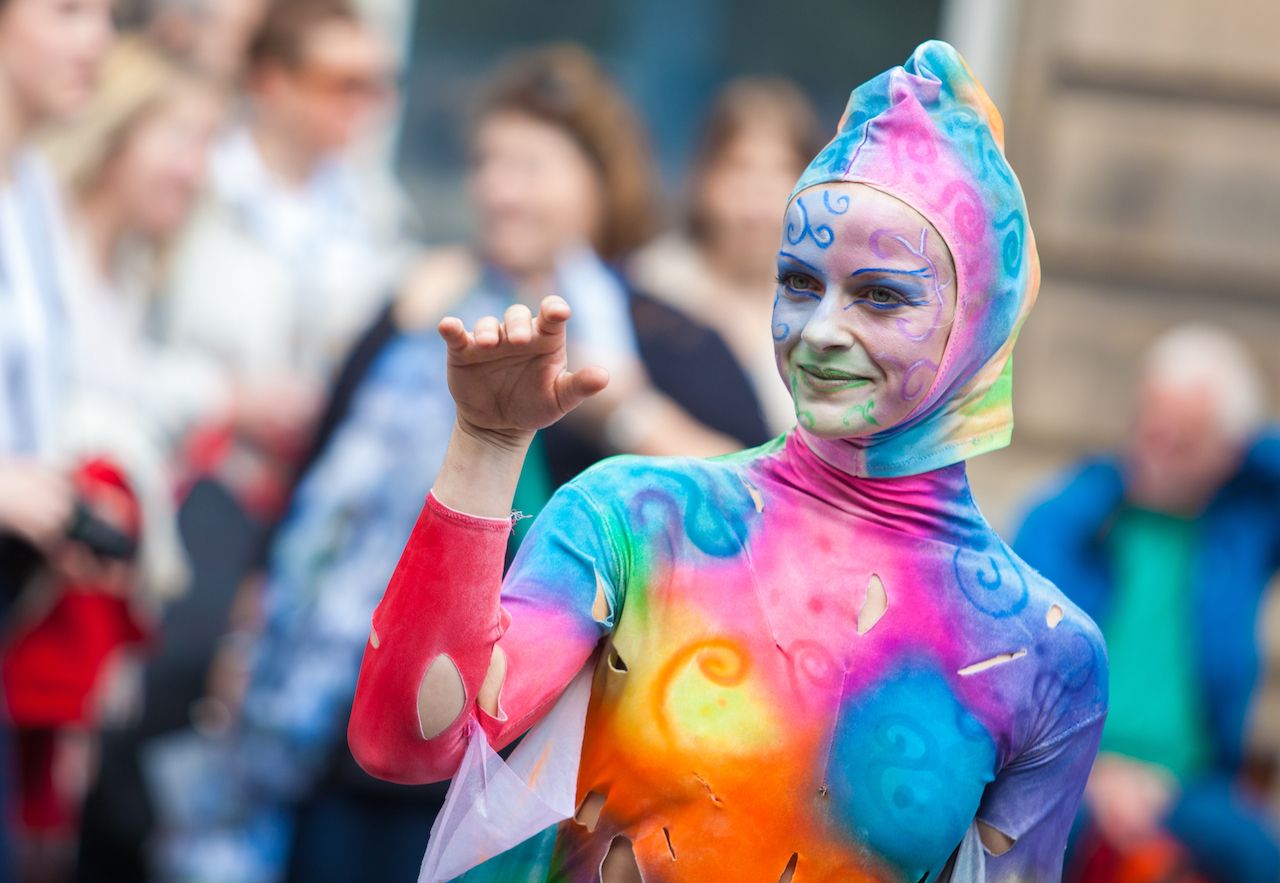 There’s no shortage of free attractions either. Head to the Royal Mile for spectacular and frequently nail-biting street performances, and free previews of Festival shows. In addition, there’s an entire festival called the Free Edinburgh Fringe Festival with hundreds of free shows. 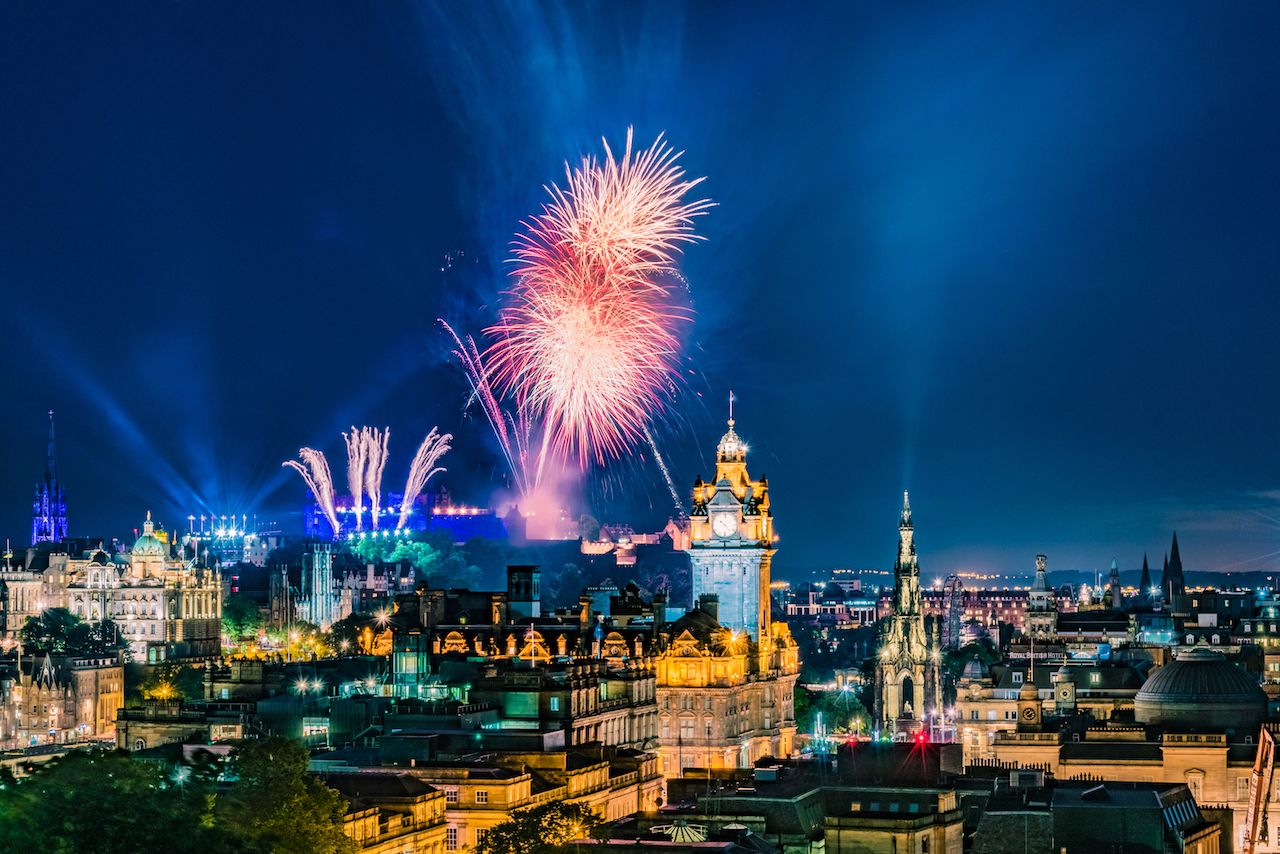 While each year sees hundreds of brand new Fringe shows, there are a couple of Festival stalwarts that are there every year, and well worth seeing. The Royal Edinburgh Military Tattoo is a spectacular performance by British Armed Forces and international military bands performed on the esplanade of Edinburgh Castle. Its performances of rousing pipes and drums, music, dancing, and marching run throughout August.

Bringing the Festival to an explosive end every year is the Virgin Money Fireworks Concert. With Edinburgh Castle as an iconic backdrop, the fireworks are choreographed to music by the Scottish Chamber Orchestra. Tickets are available for a seated area at the Ross Theatre or non-seated in Princes Street Gardens. 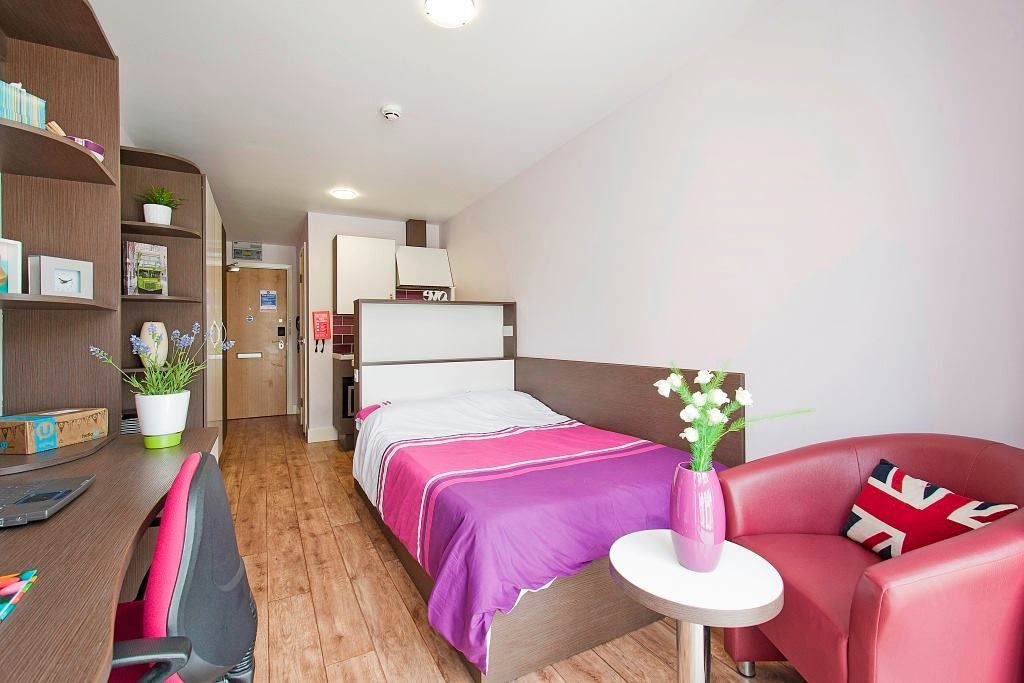 With the Festival just around the corner, Airbnbs and hotels will be in short supply, but there are other options available. Edinburgh University’s student accommodation is available to stay in during the summer. Rooms are simple but reasonably priced. If you’re going with a group you could also think about renting an Edinburgh University student flat for a week. See the Edinburgh First website for availability. Budget hotels in the center will have little availability by now, but further afield there are still some options. Try looking for options around Cameron Toll, for example, which has buses passing every couple of minutes that take you directly to the center. 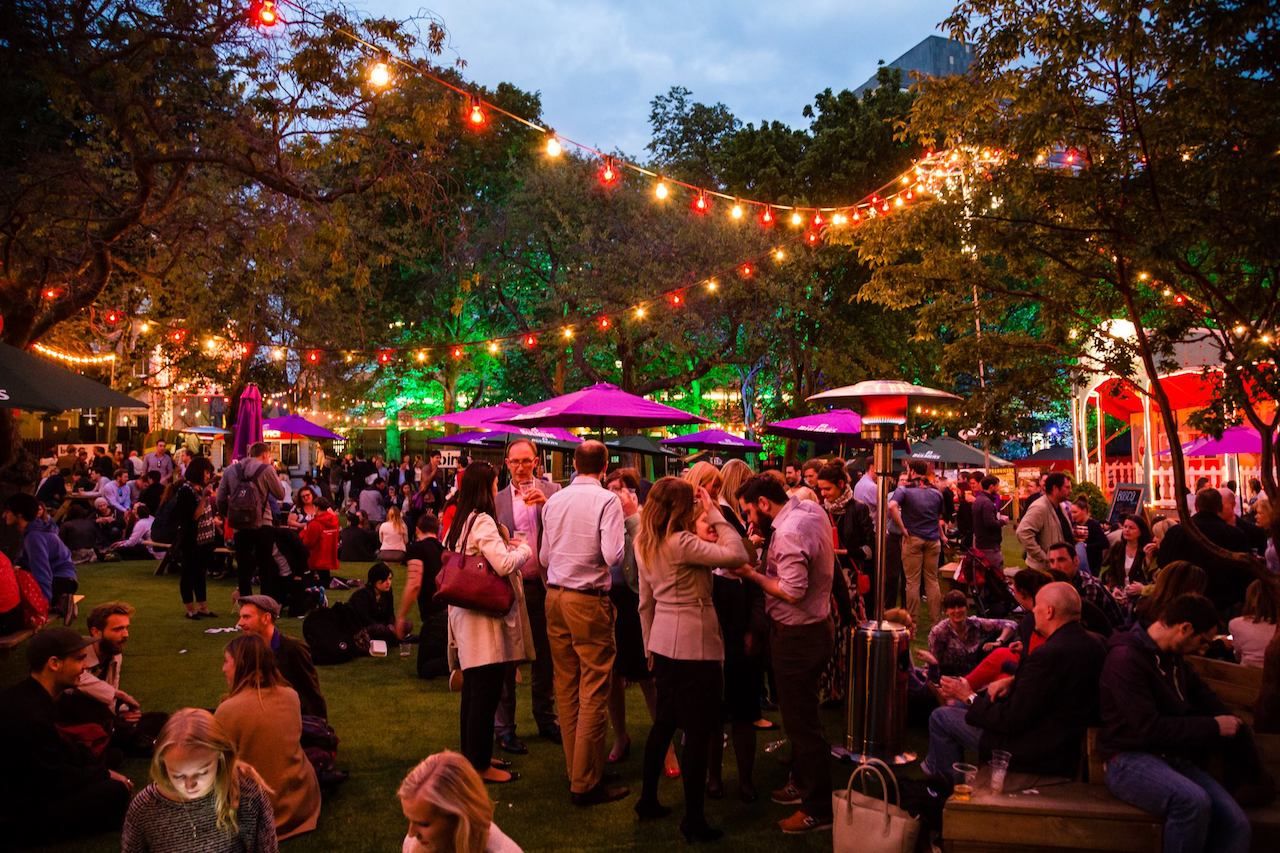 6. The food and drink that’s worth buying

As is to be expected, eating and drinking at Festival venues can be pricey, but if you pick the right venues, you’ll at least be paying for high-quality food, beer, and and a lively experience.

Between shows hang out in the beer gardens around the Underbelly, where you can greet the big purple cow known as the Udderbelly, or at the Pleasance Courtyard. For street food head to George Square Gardens where you can try Scottish classics alongside food from all over the world. And keep an eye out for converted police boxes around the center, such as Tupiniquim on Teviot Place, selling exceptional Brazilian street food.

Here's What You're Missing Right Now at the Edinburgh Fringe Festival

15 of the Most Haunted Places in the World

11 Signs You Learned To Drink in Edinburgh

5 Spots in Edinburgh That Will Fascinate Writers

9 Ways To Avoid Being the Cliche Tourist in Edinburgh