You might think that biking through a forest’s treetops entails defying the laws of physics, but it’s now possible thanks to the “Cycling through the Trees” project in Belgium.

The 2,296-foot-long track is a circular bike trail that’s eye level with the forest canopy, and the latest addition to the popular cycling network in the region of Limburg, right on the Dutch border. The steel trail rises slowly 33 feet off the ground from surrounding paths and brings cyclists level with the treetops. 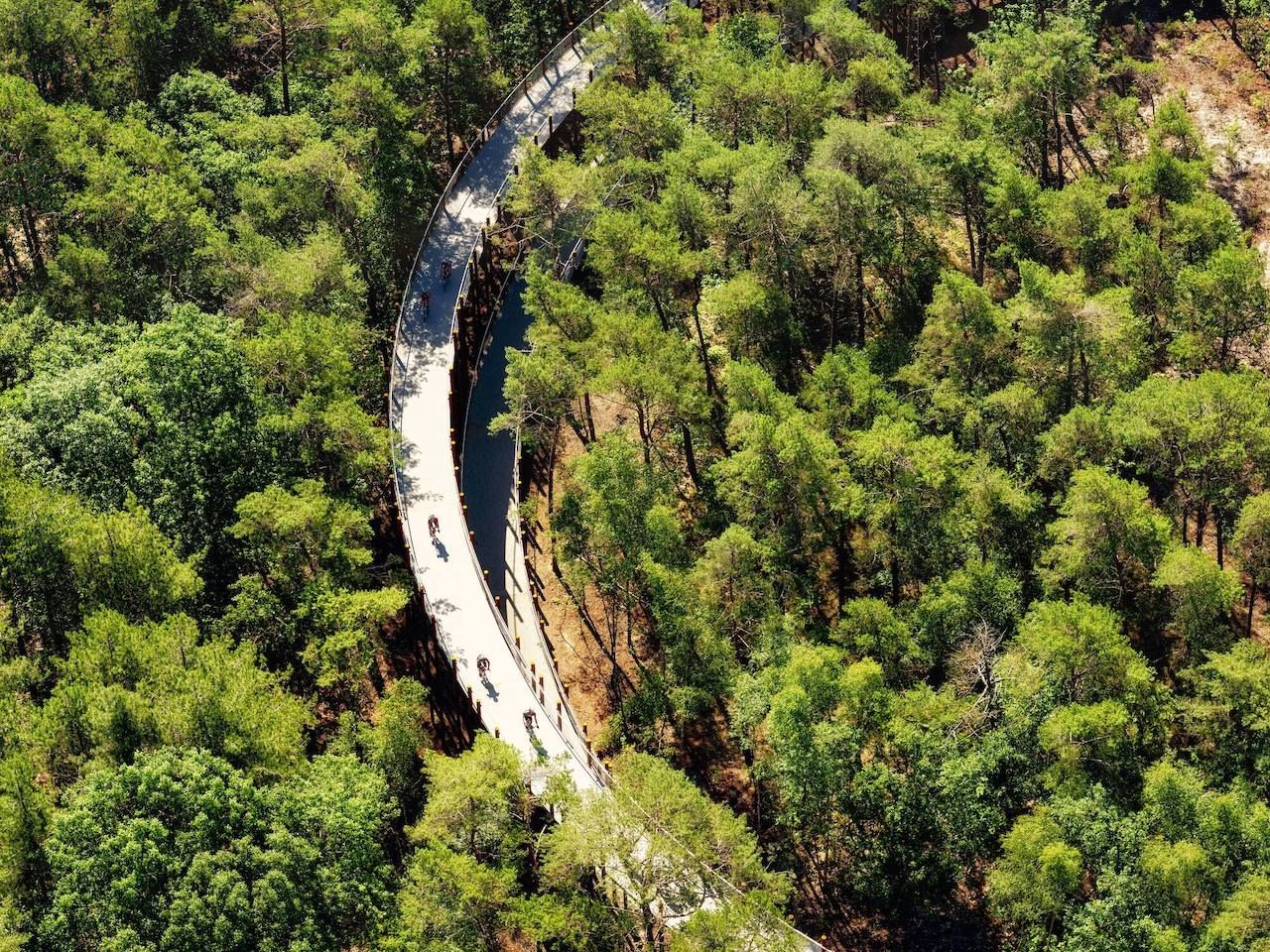 The project was designed by Belgian studios BuroLandschap and De Gregorio & Partners with the aim of transforming Limburg into a center for cycling tourism. The intent was to encourage people to engage with the forest while also limiting any negative impact on the forest itself. This was accomplished by using a single crane to build the paths, mounted at the center of the circle, and while several trees were cut down no concrete was used (the trees felled were used to build a rest stop). The brown and orange color of the weathered steel also helps the track blend into the colors of the forest. 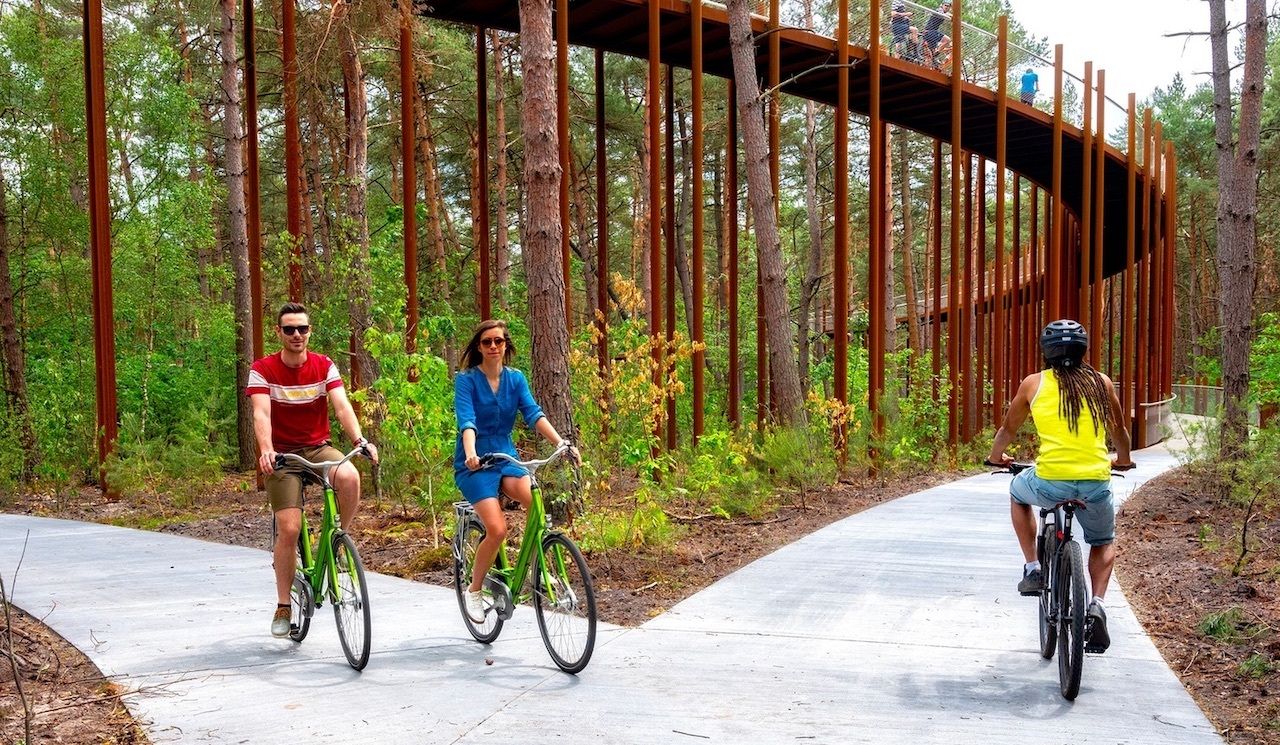 “The most important thing for us was to build a structure with the lowest possible impact on the environment and the sensitive nature present. This was the starting point! The trees were of course very important,” Pieter Daenen, founder of BuroLandschap, said. “After all, cycling through the trees would no longer make sense if trees were damaged or destroyed after the construction of the structure.”

As a testament to the project’s success, it just won an “infrastructure project of the year” award at the 2020 Dezeen Awards.