I A FRENCH person who is able to have a proper chat in English, but apparently, I am one of few. According to Jakub Marian‘s map of the percentage of people speaking English in the European Union, only 39% of French people can hold a conversation in English.

In most European countries, English is a compulsory subject in school, yet, when surveyed by the European Commission in 2012, many Europeans self-reported a poor command of English. This is especially true of countries in Southern and Central continental Europe. In Nordic countries, The Netherlands, and Austria, however, the numbers are very high.

Jakub Marian explains that the values for the Republic of Ireland and the United Kingdom are linked to the fact that both these countries have an immigrant population whose first language is not English.

Are you a European who speaks English, or a visitor who struggles to communicate in English in certain parts of Europe? Share your stories and impressions with us in the comment section. 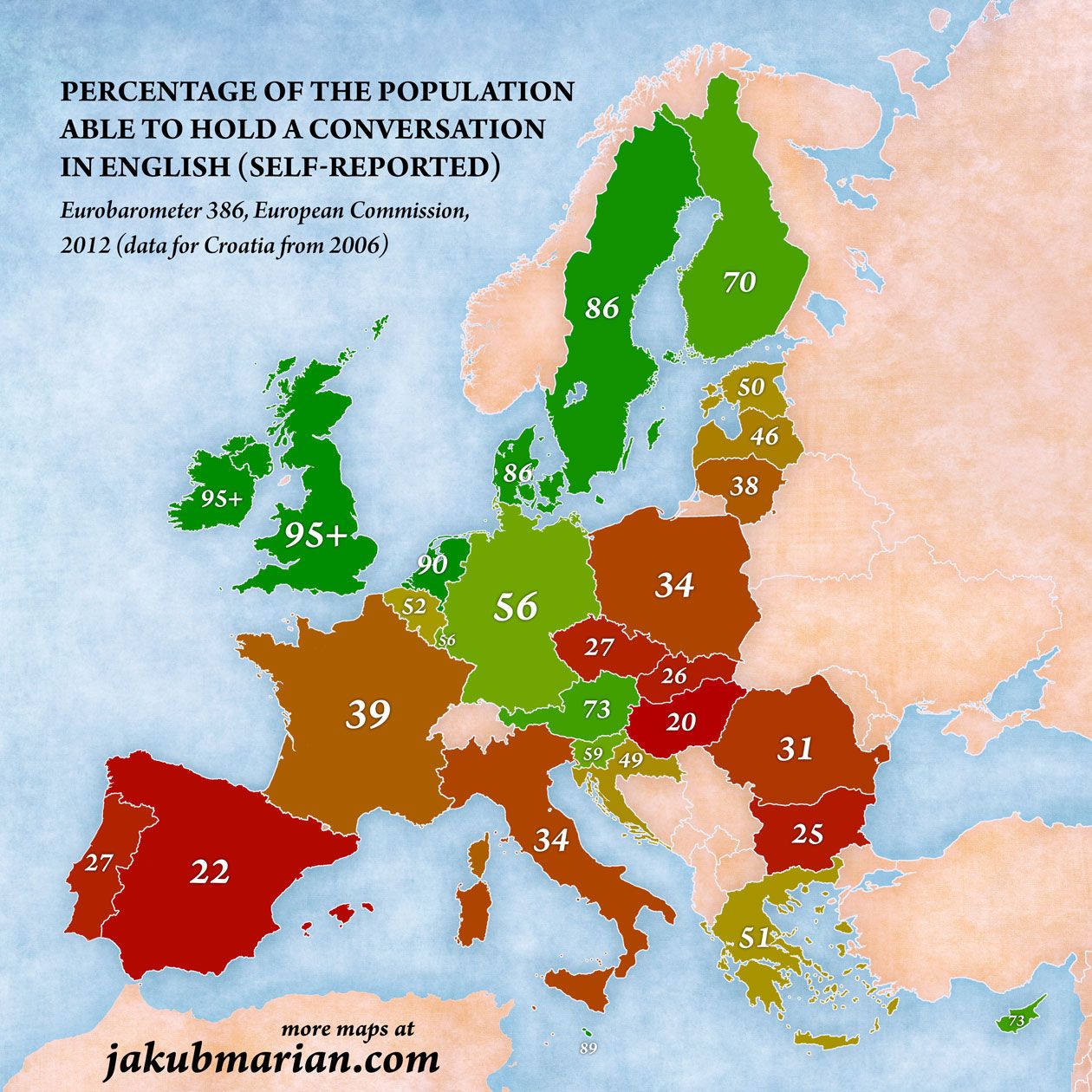 LanguagesHere Are the Languages the World Is Trying To Learn