As national borders slammed shut in recent weeks, stories of exchange students caught far from home seized our attention. The idea of teenagers scrambling to get to their home countries during a global pandemic is certainly gripping — but it misses the real story that needs to be told.

“What I’ve seen in the press is… all these Americans stranded abroad. To be honest, that was not really our challenge. We got the vast majority of our Americans home,” said Tara Hofmann, President and Chief Executive Officer at AFS-USA, one of the country’s most prestigious exchange programs.

A bigger challenge, said Hofmann, was “…getting the 1,700 kids across the US onto their domestic connections.” With buses not running, businesses shuttering, and flight cancellations, Hofmann said volunteers drove students hundreds of miles and AFS chartered planes to fly them home. At the start of April, Hofmann said the organization was still working on returning about 400 kids to their countries of origin. 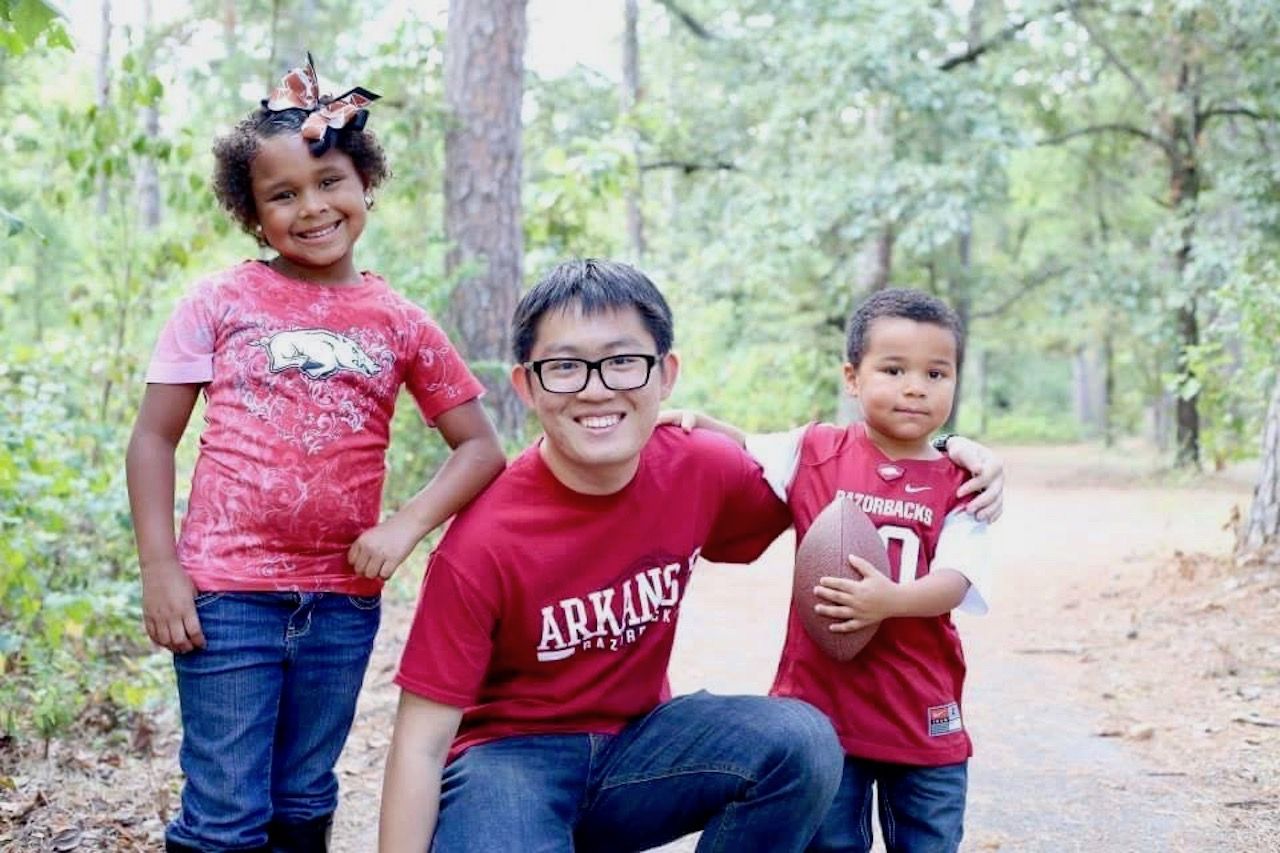 Yet while the task of rapidly repatriating young people in such conditions remains a daunting task, it’s not the most poignant element of this drama.

Rather, the unfortunate part is that students have had to suddenly leave their exchange experiences in the first place. Hofmann said that “Some of these kids have had their heart set on going for two years, they’ve been organizing their classes so they can go abroad, and raised money for their scholarships,” since AFS provides financial support for some students.

“You can imagine the emotions the students are going through, now going home,” said Hofmann. “For the kids who have been here since August, they were going home at the end of June/July, they were kind of gearing up. For the kids who only arrived in January, it’s really heart wrenching.” Hofmann added that AFS was working to see if they’ll be able to offer alternatives to age-eligible kids who were only able to stay a few weeks into their program.

Distress about leaving was a story we heard from both host parents and the students themselves, eclipsing tales of kids who wanted to return home right away. It speaks to the deep value of the exchange student experience and the fact that these programs need to continue.

In March, 16-year-old David Thuss was well into his nine-month program in the UK when he was told by the exchange organization that he had less than a week to pack up and leave — more than three months early.

“I was very disappointed,” said Thuss, adding that he even considered asking his host mother if he could stay on independent of the exchange program. But seeing that his fellow international students were departing and classes were going online, Thuss realized he’d be better off sheltering in place with his natural family in Germany.

In San Francisco, host father Jeffrey White and his wife had two exchange students who’d arrived from Italy and Vietnam last August through the International Student Exchange (ISE) organization. White said that when ISE brought up the possibility of the students leaving, the young men were not in favor.

“In the beginning, both of them were pretty adamant they did not want to go home. They wanted to stay here,” said White. However, White talked it over with his wife, and given the reality of staying in California under lockdown with schools closed, he said, “We basically decided that the kids were better off with their families.” (While the Italian student was able to leave rather quickly, the one from Vietnam was still in San Francisco this week.) 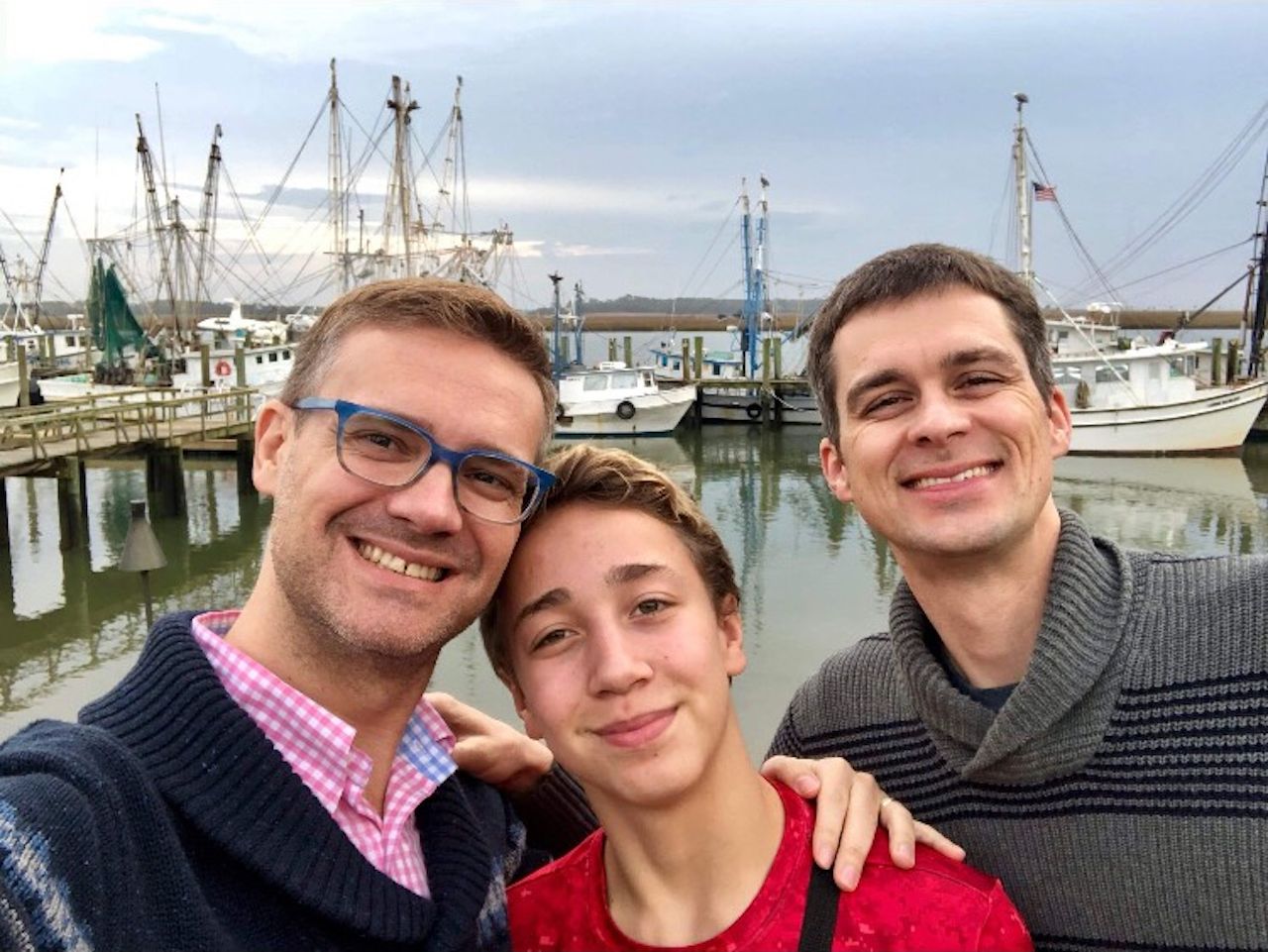 Much of the sadness comes from abruptly ending deepening relationships with new friends, as well as host parents and siblings. As someone who, together with my family, has hosted several exchange students, I can attest to the strength of these bonds. Three years ago, when our German student spoke at an AFS farewell event, he broke down. Before an audience of students and host families, the magnitude of his experience hit him — and the tears that the stoic athlete had kept in until then flowed freely.

Beyond the attachments they forge, exchange students experience intense personal growth during their time abroad. White, who has hosted one or two students annually for the last eight years, said, “They’ll learn different skills, they’ll get out of their comfort zone… They definitely have more confidence once they leave.”

It’s not an exaggeration to say that students, and host families, find the exchange experience transformative.

“While people describe many benefits they experienced by hosting a student or becoming an exchange student, one phrase we hear most often is, ‘AFS changed my life,’” said Marlene Baker, who heads up corporate communications for AFS USA. 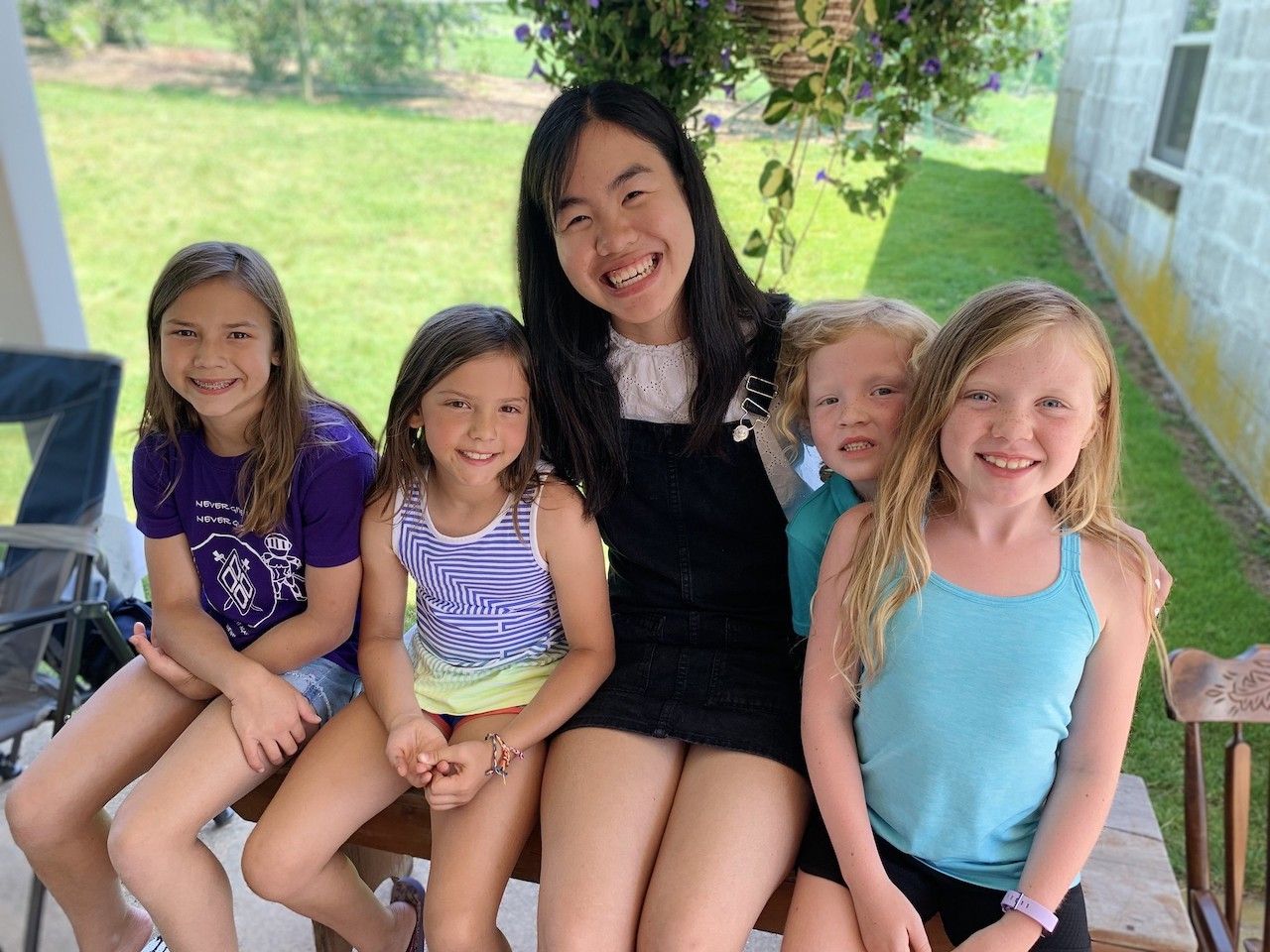 For all the benefits of these bonds and growth, we should also remember why the programs were first developed. AFS, for one, was created in 1947 after years of international upheaval. Its founders were “volunteer WWI and WWII American Field Service ambulance drivers — who emerged from the wars with a bold mission: to help prevent future conflict through cultural exchange and understanding,” said Baker.

Those ambulance drivers felt that exchange programs could show young people the common bonds that we all share. And they were right.

“When you grow up in one town you have this local perspective, but then you expand and you notice that people are all the same everywhere,” said Thuss of the nearly seven months he spent in Wales. He said he would tell any fellow student that they should go abroad, even if they couldn’t stay for the program’s intended duration: “Even if it’s shorter, it’s still an experience that’s worth it. Your whole view of the world expands.”

We will need more of that mind opening in the post-pandemic world. While scientists and other organizations work together to address this virus, some politicians are regrettably blaming other countries and sowing a fear of foreigners as harbingers of disease. We need to combat that xenophobia, and exchange programs can help us — since they broaden the outlook not just of students but of the people who host them.

Amanda Corey, marketing manager for International Student Exchange (ISE), the program White’s students were on, put it this way: “This is another one of those pinnacle moments… We really believe that these international exchanges offer a glimpse into one another’s lives, and after the period of isolation and quarantine, where we’re forcibly removed from one another, I think the importance of that is going to bubble to the surface more than it ever has.”

Will it be possible next year? 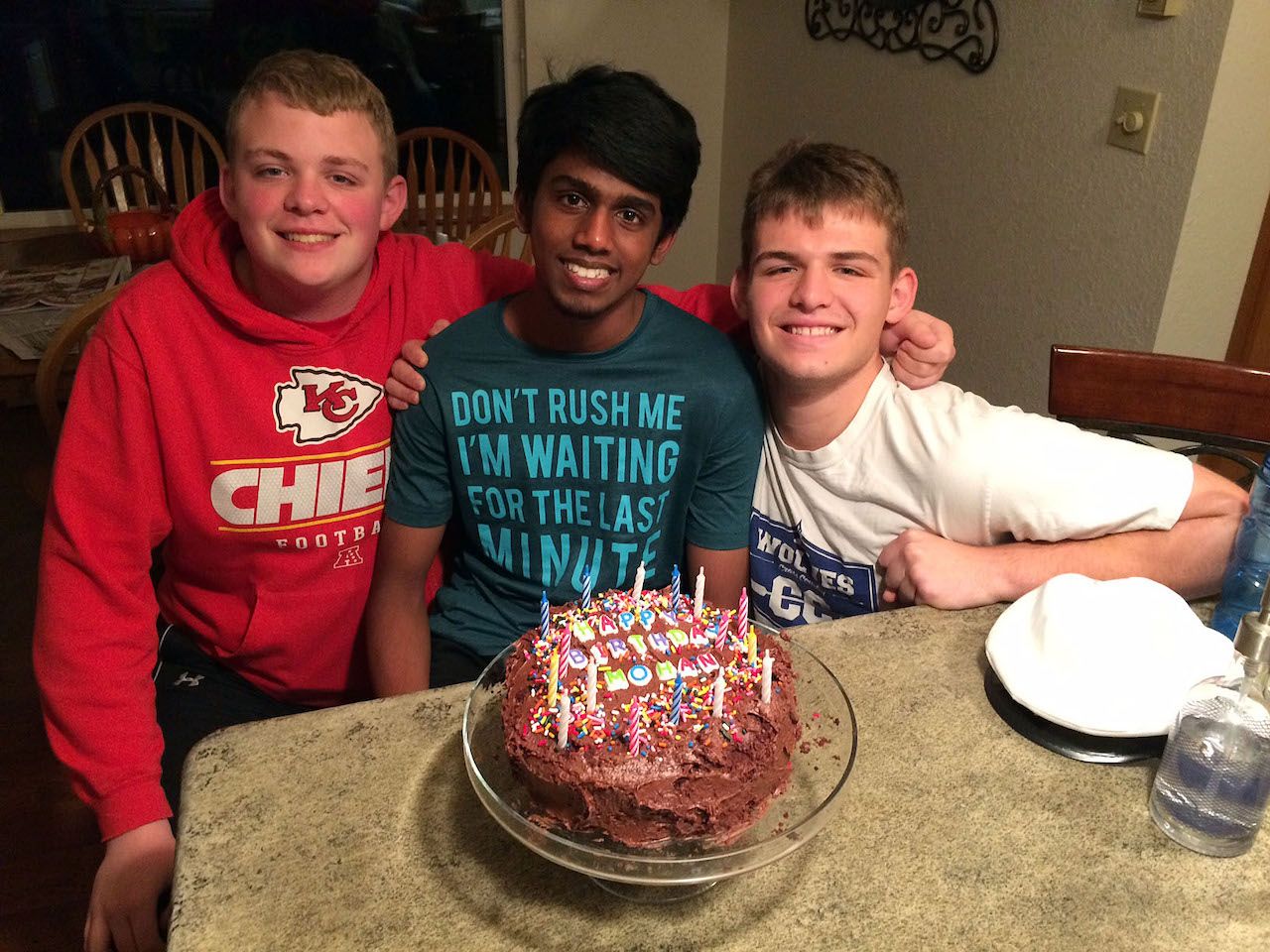 While we may need exchange programs even more as we emerge from this global calamity, the question is how soon it can happen. Beyond the specter of schools remaining closed next fall, many are shut now, meaning administrators can’t fill in the paperwork needed for students to get visas. Moreover, State Department compliance regulations currently require in-person interviews with potential host families.

One thing is certain. Host families and students still want the experience, and both AFS and ISE said they’ve seen very few cancellations. “We have seen a lot more positive reactions and attitudes than even we expected. We’re seeing people signing up to host,” said ISE’s Chief Operations Officer Milos Prokic. “We’re dealing with people that are so loving and so ready to open their homes to strangers from far away.”

In Barcelona, 15-year-old Sarah Vallès Wang still hopes to begin her exchange year in the US in a few months: “The desire I have to go is the same, or even more.” Vallès said she knows her “… experience is going to be different since this current situation will change things, but I know it will be worth it.”

For his part, White and his wife are already committed to hosting students from Belgium and Italy again in August. White says he feels that host families “get more out of it than they give,” adding, “Also you’re just giving back to the world, in a way, by doing it.”

Family TravelHow People Are Coping With Being Far From Family When Borders Are Closed
Tagged
Family Travel Volunteer
What did you think of this story?
Meh
Good
Awesome

May 6, 2022 Tessa Roche
✖
travelstoke
Download the mobile app
stoked by