New Haven, Connecticut, may be best known as the home of Yale University — even if locals point out it’s the birthplace of the hamburger (first served in 1895). And while the university is packed with cultural offerings like museums and architectural gems, and the city offers up plenty of cafes and dining options, New Haven isn’t necessarily thought of as an outdoors destination.

In fact, the city is located right on the Long Island Sound in a state that’s packed with woodlands. The West River, Mill River, and Quinnipiac River meander their way through Connecticut’s forests of beech, maple, hickory, and oak before converging on New Haven and emptying into the New Haven Harbor. With so much greenery and water, as well as small but prominent rock mountains, New Haven has plenty of ways to enjoy the outdoors — and we suggest you give them a try.

Hike next to a cliff 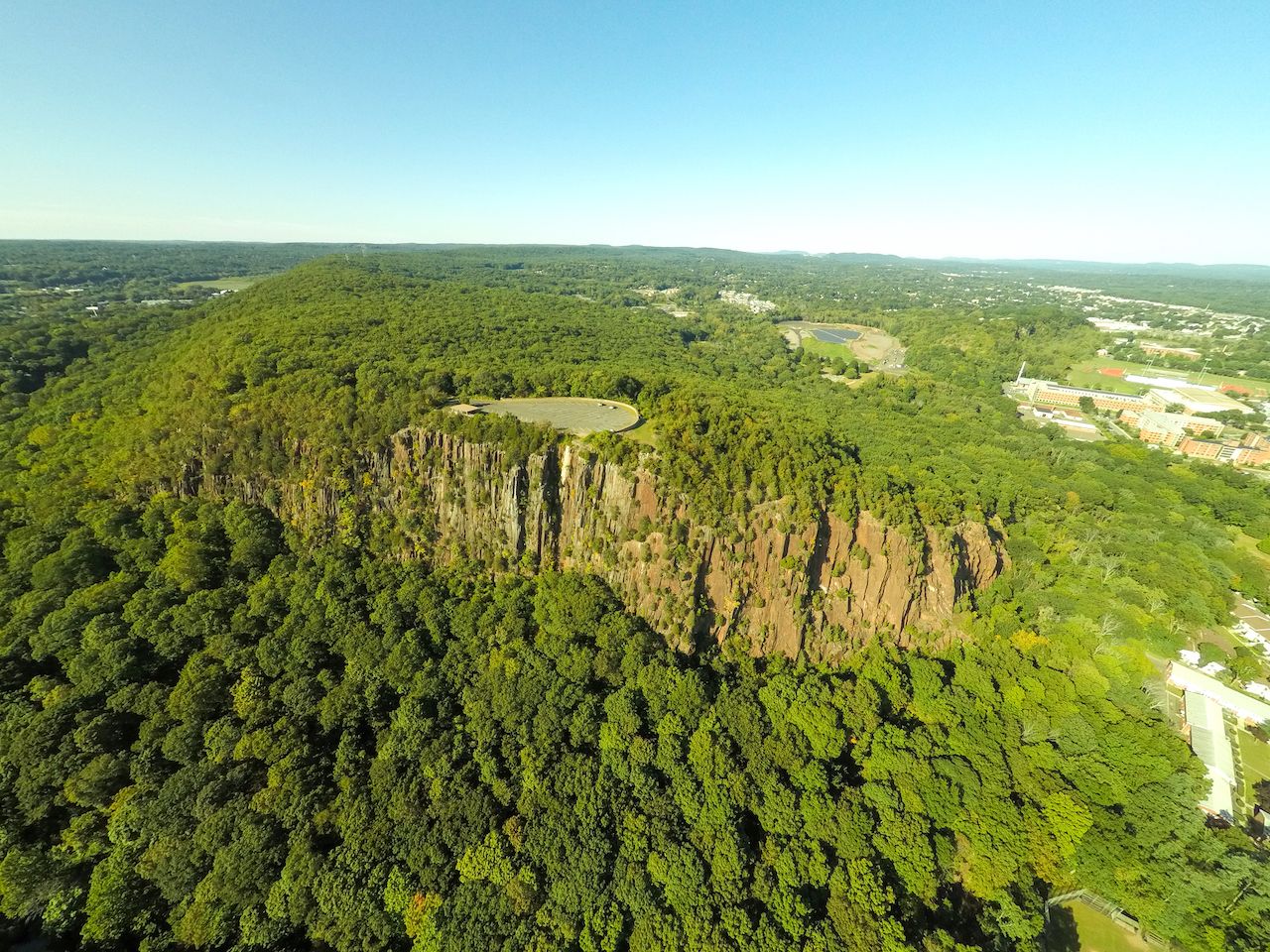 The closest hiking in New Haven is pretty impressive. West Rock Ridge State Park, just a five-minute drive or 45-minute walk from the center of town, has a peak of only 318 feet, but it’s high enough to offer up some lovely views. The Regicides Trail is its most famous path — so named because it’s here that two people involved in the assassination of England’s King Charles II hid out in the 1660s, in the Judges Cave. It’s a moderately challenging seven-mile loop that has you skimming West Rock’s imposing cliff of basalt rock and taking in views of the forest and Lake Wintergreen. There are also plenty of other simpler hikes, like a 1.5-mile loop of Lake Wintergreen, or a 6-mile out and back to the Konolds Pond Overlook.

West Rock Ridge park also has mountain biking trails — as does East Rock and parks just a few minutes further afield. Trails with inventive names like the Red Trail and White Trail tend to be in the intermediate range, with very few particularly demanding single-track options here. Still, the lake and forest views are worth it, and pretty much all the trails are open to bikes except the Regicides Trail. In winter, bring your fat bike here.

Catch the sunrise from East Rock 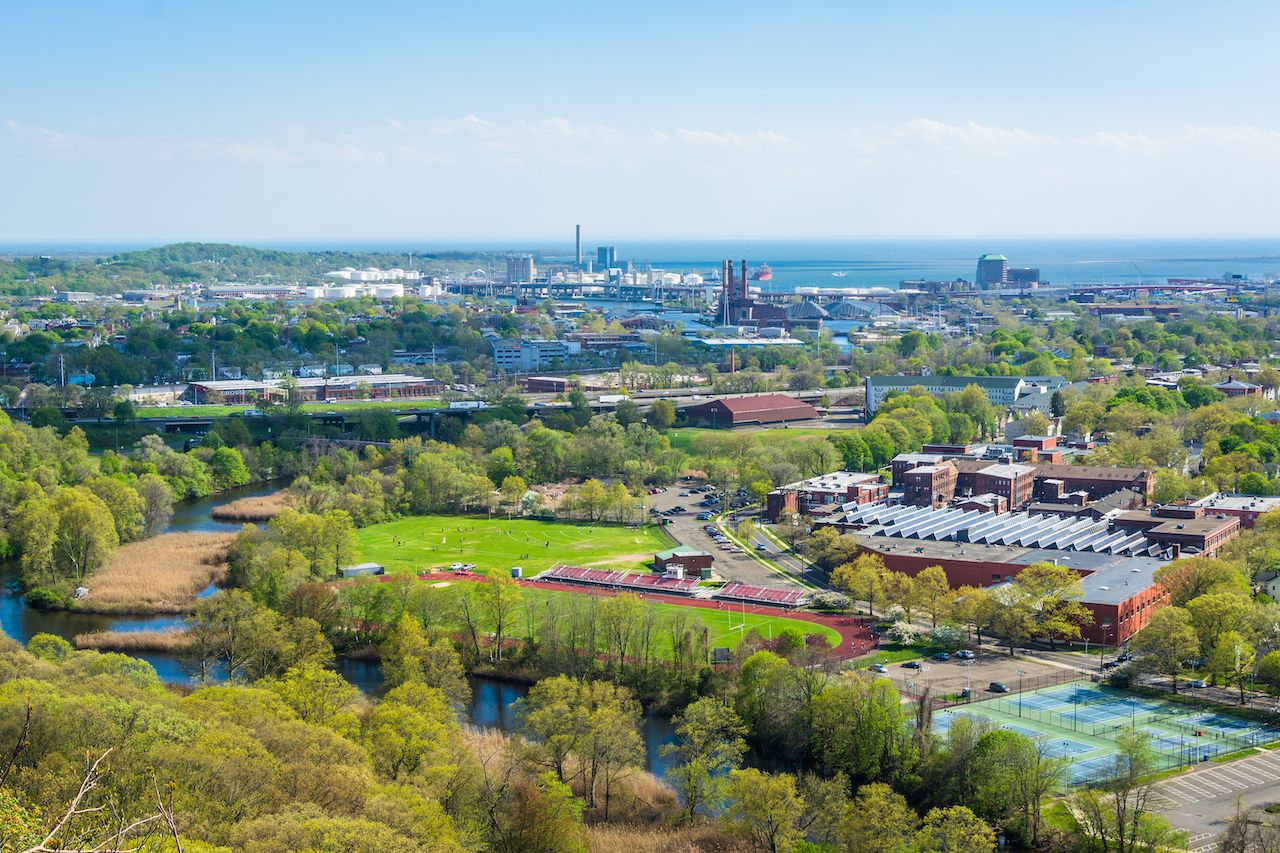 If getting up in the dark can actually be called “popular,” then a popular thing to do for college kids in this town — maybe only once, for some — is to celebrate a birthday or other occasion with a pre-sunrise hike at East Rock. At 366 feet, East Rock is the taller of the city’s two peaks and gives you a bird’s-eye view. If you do make it to the top in the dark, you can look out as the Long Island Sound and the city come into focus with the pre-dawn light and then become tinted with the blazing orange hues of sunrise. Just note that, technically, the park is closed from sunset to sunrise. Also, signage around here is poor, so go with someone who’s familiar with the area.

Sail to the Thimble Islands 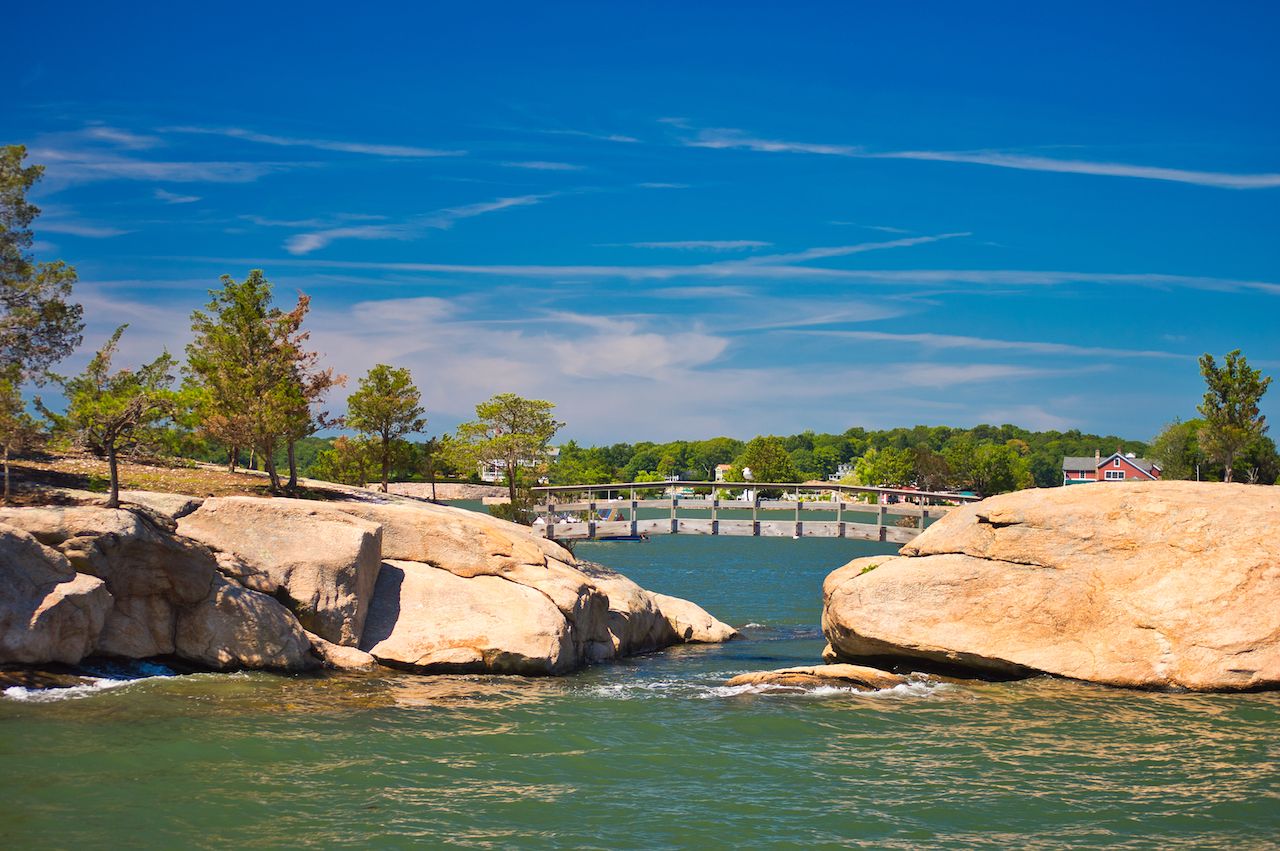 You’d think that being so close to New York, the Long Island Sound wouldn’t be packed with so many unexpected treasures. But you’d be thinking incorrectly. The teeny tiny Thimble Islands are among such gems. The little pieces of granite, some wooded, are not thus called for their small size, but named after a raspberry-like fruit called a thimbleberry. There’s plenty more to explore on the Sound, and the easiest way to do so is to let someone who knows the area — and has a boat! — do the work for you. Sail-Works offers several options, the easiest of which is a 2.5-hour sail that costs $500 for up to four people on weekdays, and $600 on weekends, with each additional person costing $100. Located 15 minutes from downtown in Branford, Sail-Works will take you to explore the nearby Thimble Islands, or on longer half- or full-day trips to the Hamptons. 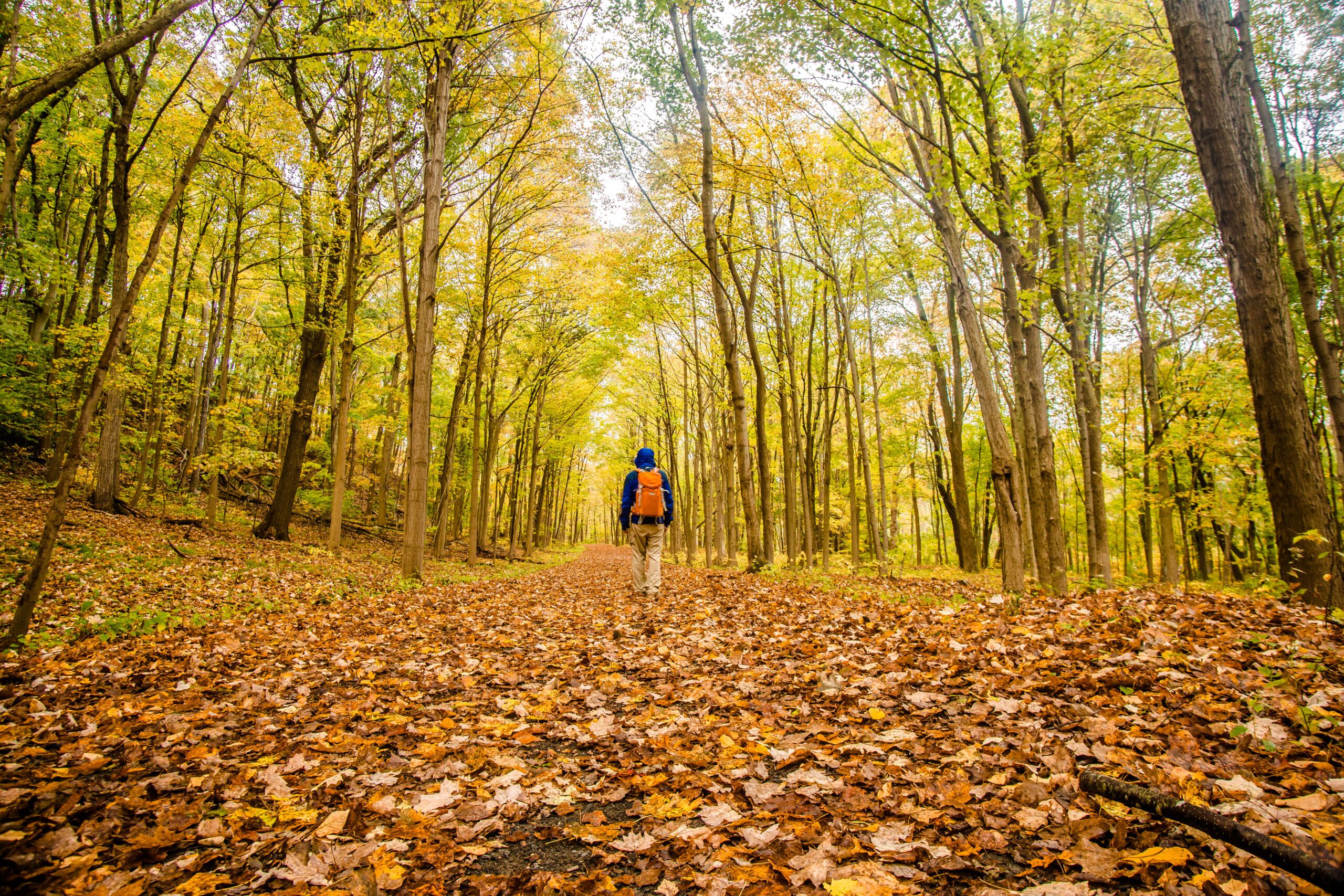 A 15-minute drive from downtown New Haven takes you to Sleeping Giant State Park, the best place to rock climb in the area. The park’s name refers to Mount Carmel, which looks like a napping giant when viewed from north or south. Like West Rock and East Rock, Mount Carmel is a traprock mountain, with exposed basalt walls that are full of cracks and grooves that are great for climbing. In the first half of the 20th century, Mount Carmel was a well-known climbing destination — until an accident killed a climber from the Princeton Mountaineering Club in 1953.

Sleeping Giant closed to climbing for the next 62 years, only reopening in 2015 — so just beware the climbing hardware that’s in place there, as some of the pitons and holds may date back over seven decades. Some of the routes are named for the parts of the giant the mountain resembles — “The Chin” being a popular route. Sleeping Giant looks right over Quinnipiac University, so it’s pretty much their home hiking and climbing mountain. If you see a Quinnipiac student on the trail, ask them for their recs on good climbing routes.

If Connecticut’s cold winter weather or spring rains make outdoor climbing impossible, you can get into climbing shape at City Climb Gym. Adults are only $16 per day and for another $8 you can rent the full package of equipment, including climbing shoes, harness, belay device, and so on. You could also register for a one-hour climbing class for $30. 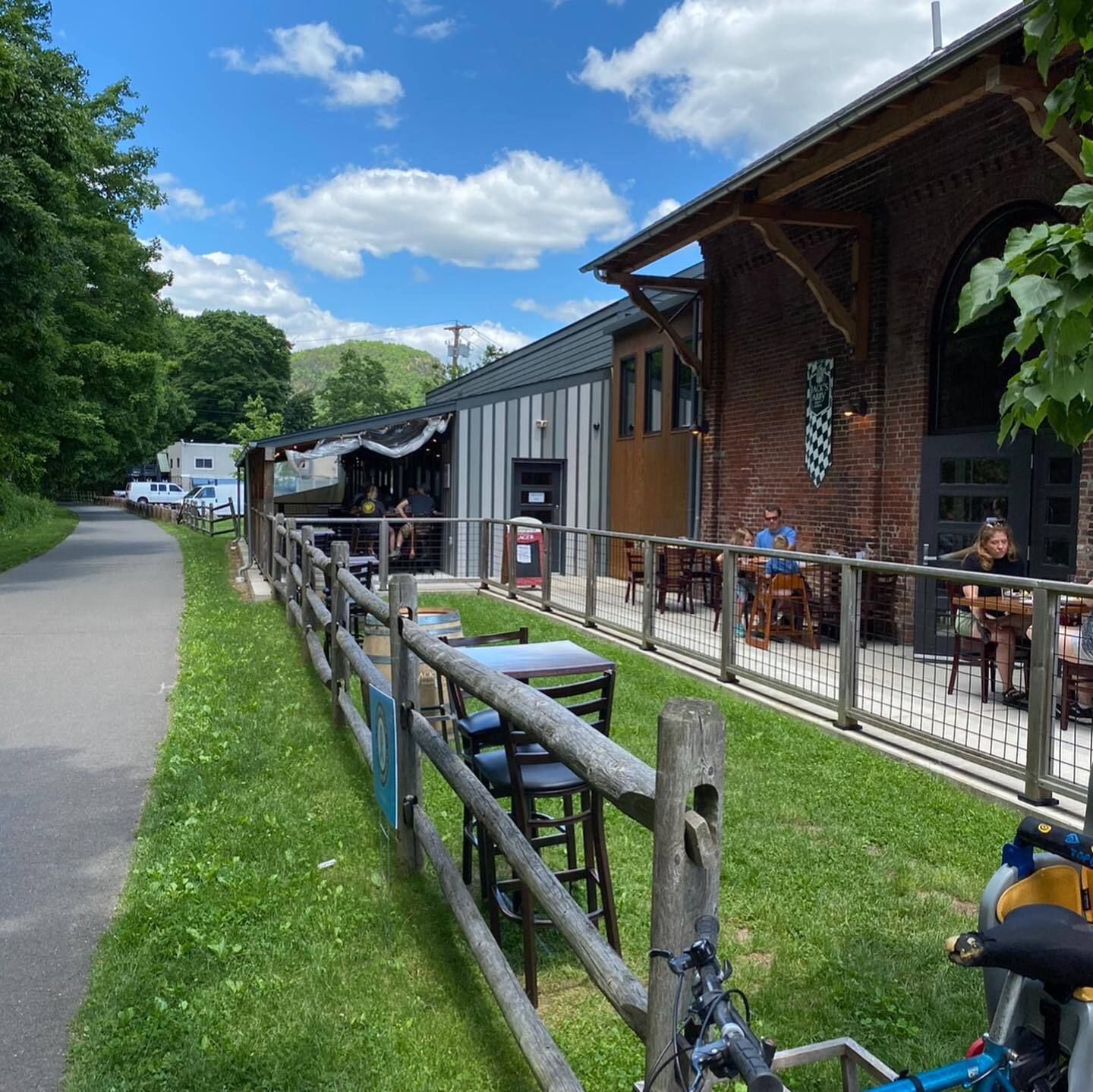 When completed, the Farmington Canal Greenway will stretch over 80 miles from New Haven northward into Massachusetts. Right now you can go over 25 miles from downtown New Haven. The paved path was created where once railway lines lay, so it will take you past towns, over historic bridges, and through thick forests. The best part may well be the abundance of places to stop for lunch or a cold microbrew along the way. Or you could bike to the Mikro Depot in Hamden, fuel up on lunch and a pint of Doppelbock from the nearby Counterweight Brewing Co., and then make your way back to New Haven. 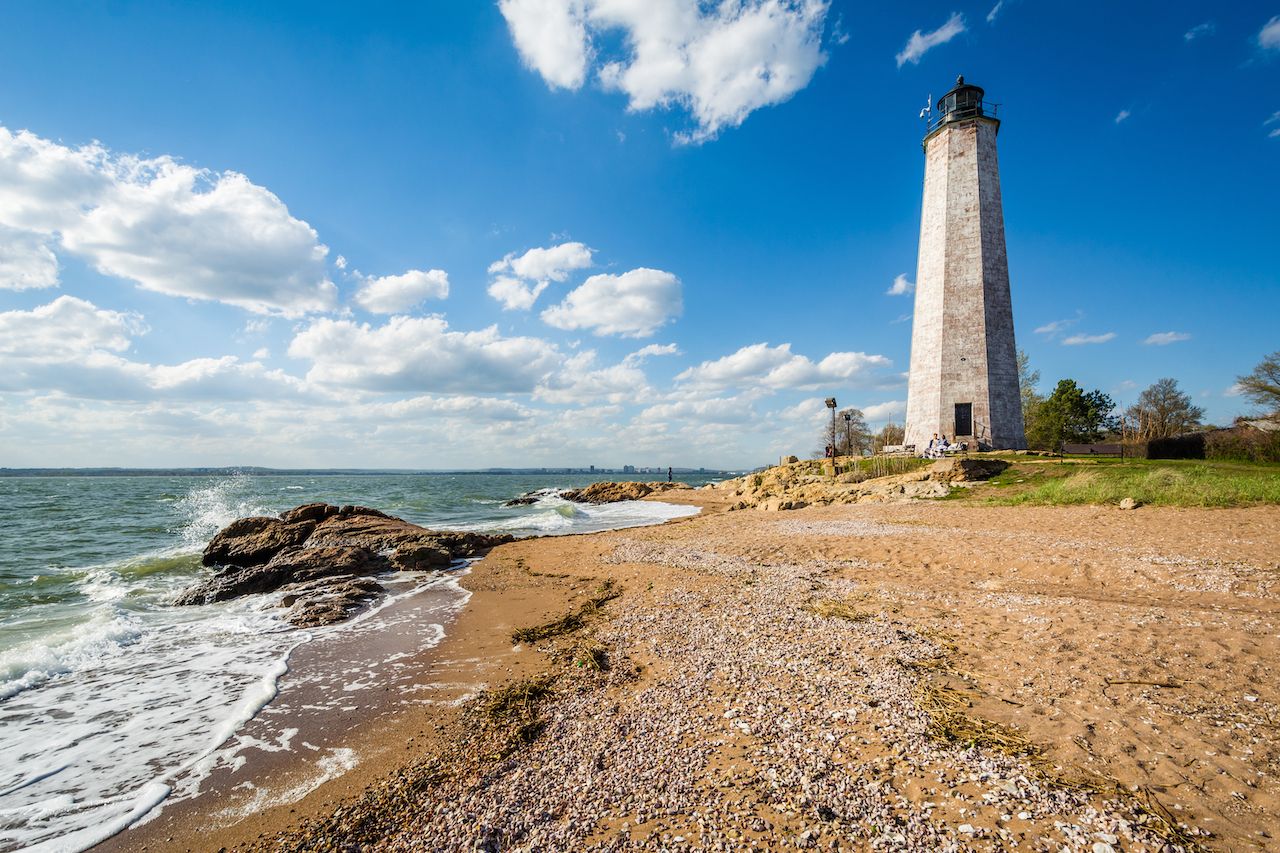 At the south end of the city is Lighthouse Point Park, an 82-acre escape that lies at the southeastern edge of the New Haven Harbor, pointing westward into it. The park is named after the 1847 New Haven Harbor Lighthouse, which is also called the Five Mile Point Light, since it’s five miles from the New Haven Green, a park in the center of town right next to Yale’s Old Campus. While the waters of the Long Island Sound can be quite warm in summer, if it’s not the time of year for a dip in its salty waters, then go for a shoreside walk. After your walk, head on over to the Lobster Shack for a rich and tasty lobster roll. 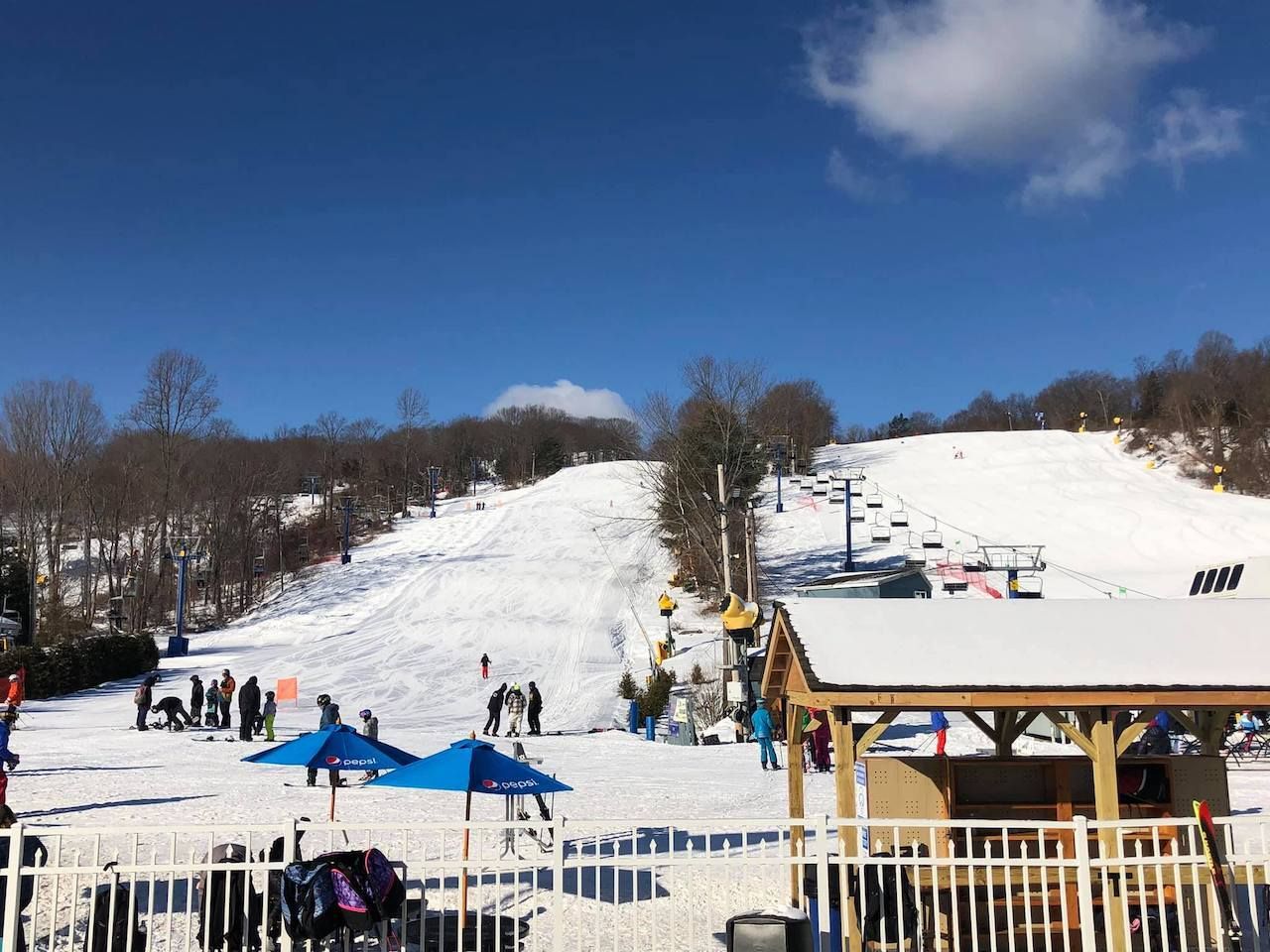 Astonishingly, the closest ski area to New Haven is Mount Southington, just over 20 miles from downtown. Don’t expect Stowe-style slopes here. The pistes at Southington are pretty flat, but the independent ski area does have a terrain park and night skiing for $35, as well as $40 weekday tickets. Even adult full-day on weekends are $62. So if it’s been snowing hard and you just want to get some turns in on one of its 14 trails, or slide the rails in the terrain park, Southington is close by and inexpensive.