Okay, yes, there’s all the stuff like gross human rights violations, rhino poachers, unstable governments, and dubstep. But let’s talk about problems on an immediate level. The stuff that affects you and me and the family members whose calls you ignore. Societal issues like environmental degradation, increased isolation, obesity, affordable housing, and bad dating. Things we all complain about while deciding whether to order from Uber Eats or Postmates without realizing how our default of ordering dinner on our smartphones is tearing down society.

I’m not going to rant about how something as trivial as food delivery is the root of all evil, the spawn of Satan dressed up as a guy in a Kia with a microwavable bag, because the world is far more complicated than that. But delivery food isn’t making any of our problems better, either, and it probably contributes more to our ills than any of us would like to admit.

We pay more for less.

I once ordered a $10 pasta dish from a very mediocre restaurant that showed up an hour later looking like a lukewarm can of Chef Boyardee with a sad basil garnish. For this delicacy, I paid $16 after the tax and delivery fee. Add in a tip (because who wants to be known as a bad tipper?) and I paid literally twice as much for a colder, crappier version of some already crappy food.

I’ve done it a few times since just to see if these new delivery services could do any better. I got a roast beef sandwich where the toasted bread was already soggy. I got a lasagna with cheese that had already started to congeal. The only thing I got that even approached restaurant quality was a filet mignon from a well-known steakhouse. It looked a little less worth the $42 due to the plastic container, and it was cooked wrong. Of course, since I had it delivered I had no choice but to eat it, because sending it back would have meant I’d be getting my new steak just in time for breakfast. All of this cost somewhere between 20 to 30 percent more than it would have if I’d eaten at the restaurant in person.

Food delivery has, somehow, fooled us all into paying a premium for a vastly inferior product. All those things restaurants work hard at and charge extra for — atmosphere, presentation, service — are lost with delivery. And for that, we happily fork over extra money, just so we don’t have to get up from a riveting episode of Westworld. For a generation that’s apparently going to be working and renting until they die, this makes about as much sense as paying for a “deluxe” room at Super 8.

We’re trashing the planet while trying to save it. 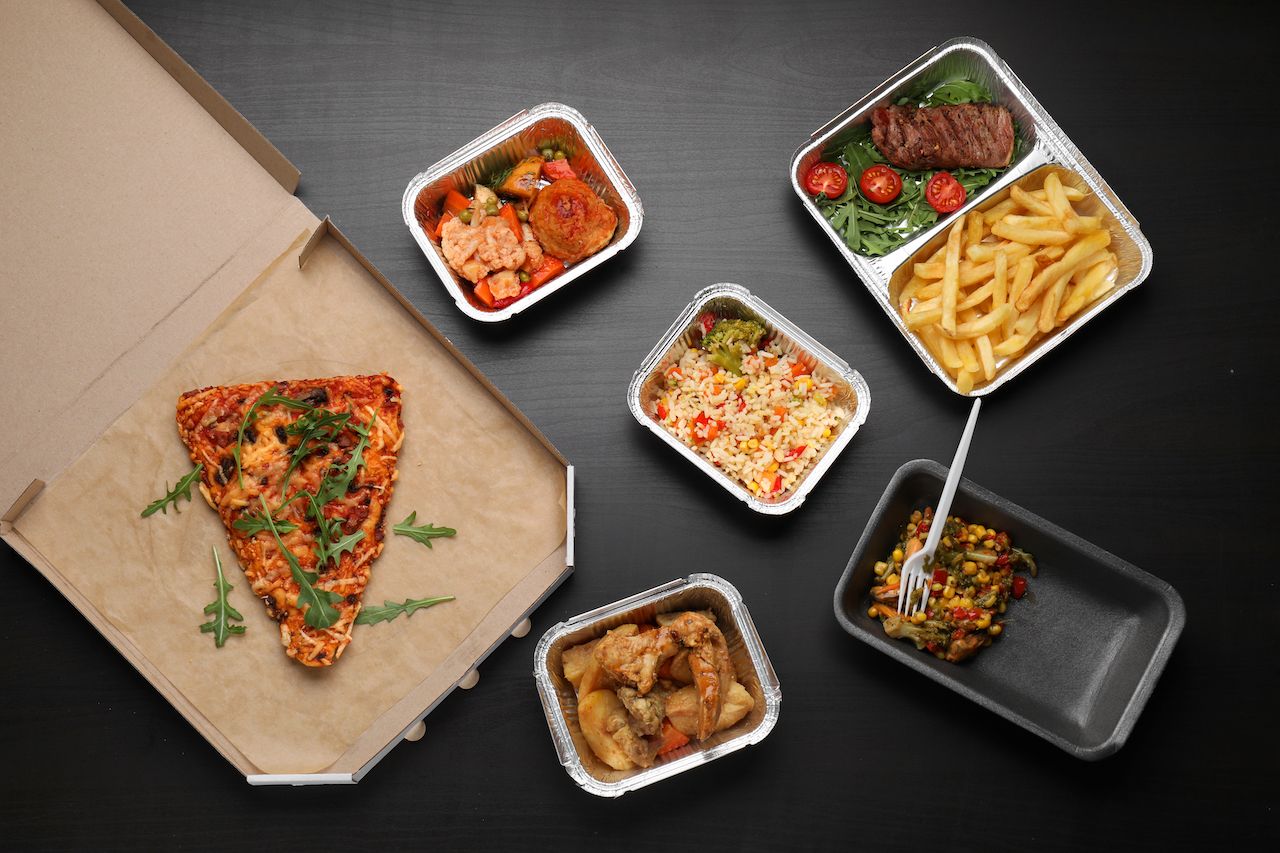 The environment seems to be a millennial cause célèbre. Marching for the earth and rallying against global warming, stopping just long enough to pull up Uber Eats and order a Caprese salad delivered right to your office in a big container of Styrofoam.

Yes, Styrofoam! That demonic substance that’s been blamed for the hole in the ozone, the trade deficit with Japan, the Kennedy assassination, the stock market crash of 1987, and at least 26 seasons of Chicago Cubs baseball. It has made a roaring return with the rise of food delivery, and apparently, people have forgotten that even if Styrofoam is being used to deliver ethically farmed cauliflower, it still takes up to a million years to biodegrade.

Granted, not every restaurant uses Styrofoam. Nearly all give a series of single-use plastic utensils, though, which are usually wrapped in more plastic. Delivered to your door in, you guessed it, a plastic bag. It’ll arrive just as you’re busy posting a story about a beached whale in Vanuatu with 700 plastic bags in its stomach.

And unless your delivery driver is using a bicycle, there was probably some refined petroleum used to deliver your food. Not that using gas is a sin, but it’s hard to rail against evil oil companies when you’re using their product to get farm-to-table kale salad.

The environmental toll is a mere drop-in-the-rising ocean when it comes to things that hurt the planet. The biggest problem with food delivery is how it’s further serving to isolate people, eliminating even more of the precious little human contact we still have.

Getting takeout or, if you’re adventurous, going to the grocery store to cook for yourself, is a social experience. You leave the house. You interact with people. Maybe you meet that special someone while perusing yellow onions in the produce aisle.

With delivery, you get none of that. Your interaction doesn’t involve much past a quick “thank you” to the delivery driver, returning to scarf your food alone in front of a big, glowing box. Single people complain about how they never meet anyone, yet still choose to minimize the people they meet by getting food delivered. There’s only one kind of movie where love connections happen via food delivery, and they don’t exactly end with wedding bells.

We’re paying to live walking distance to everything, but never walk anywhere. 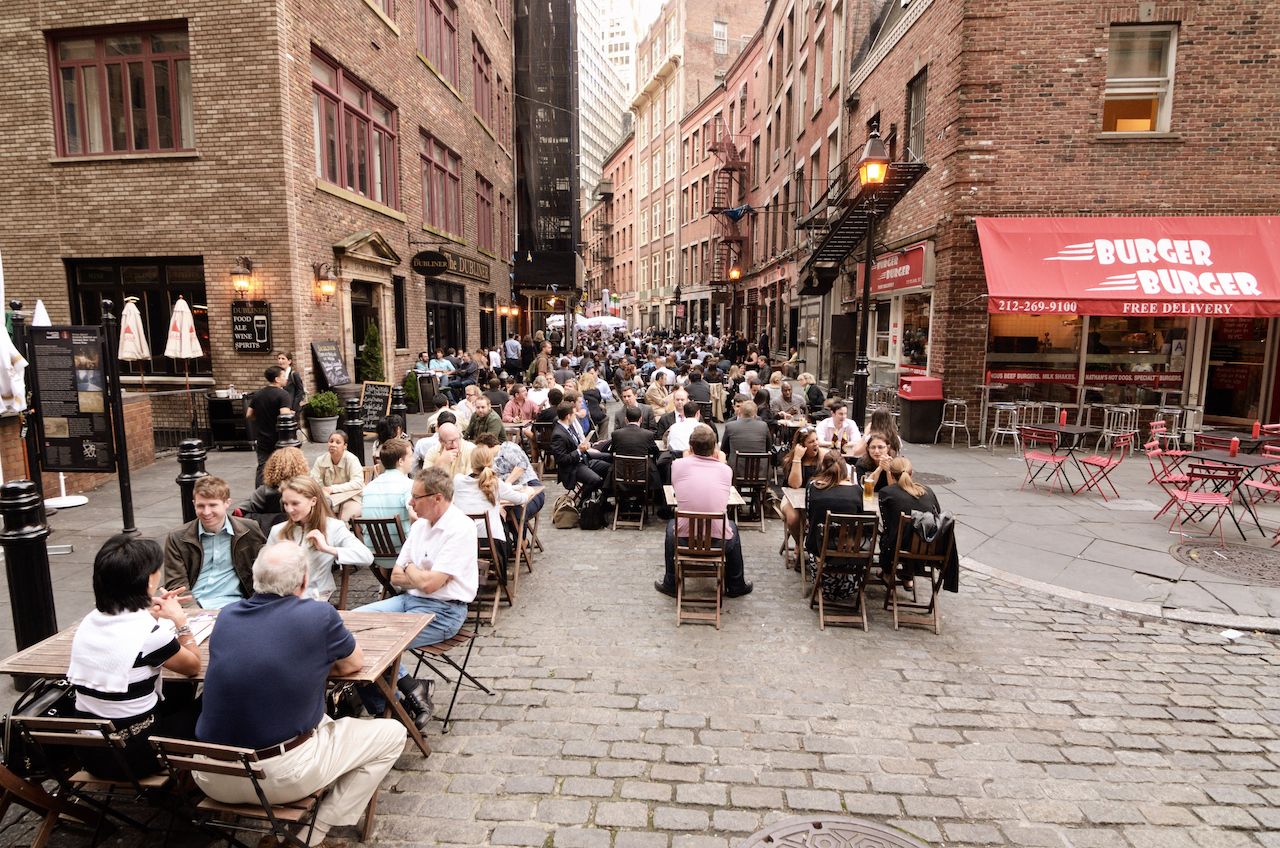 The desire for walkable neighborhoods and urban density is part of why rents have skyrocketed, keeping us living with roommates until well after 30. Look at an apartment and realtors say stuff like “Yes, it costs $4,500 a month, but there are 16 restaurants within a block! You can sell your car!”

Great in theory, but what are we doing with all of that expensive walkability? Ordering from DoorDash after we decided walking was too hard, especially after that brutal 30 minutes on the Peloton.

Food delivery has now made unhealthy restaurant food more convenient than cooking at home, even if you have a week-old eggplant in the crisper just begging to be sautéed. That means more meals filled with butter and salt and less fresh, home-cooked stuff.

This sedentary lifestyle, of course, then contributes to obesity rates and general poor health, as we sit like Jabba the Hutt waiting for our California rolls, breathing recycled air and wondering why we’re all of a sudden allergic to everything. Then we remember the app didn’t say whether the salmon was gluten-free, and wonder who we’re supposed to ask since UberEats doesn’t have a customer service number.

As with anything, food delivery does have its upsides. It gives jobs to a lot of people who need them. It gives more business to neighborhood restaurants, who may survive longer because they make more money on delivered food. It’s good for the local economy and gets us to sometimes try restaurants we might not have otherwise. And in moderation, it’s really not hurting anybody.

But moderation is the key word, and anyone whose after-work routine is more about opening up a delivery app than opening up their refrigerator is helping to make the world a dirtier, lonelier, and sicker place. Ubiquitous food delivery has made us lazier, more antisocial, and poorer, so perhaps it’s time to delete our delivery apps and get back into the real world — especially when traveling to a new city.

Experience food the way it was meant to be experienced by cooking or going out to a restaurant, and save money while you save the earth. Kicking food delivery to the curb won’t solve all of the world’s problems, but it will help make life better. Or, at the very least, help you remember why you’re paying so much in rent.

Airports + FlyingWhy America Hasn’t Built Any New Airports in 24 Years, and What We’re Doing To Handle the Traffic
Tagged
Food + Drink
What did you think of this story?
Meh
Good
Awesome