No nation loves to complain quite like the United States. Even though we’ve got people from all over the world trying to move here every day, we’ll still take to social media any chance we get to gripe about everything from slow pizza delivery drivers to overpriced coffee.

But nobody gets the brunt of the complaints like airports.

Back home you wait on needlessly long security lines, only to find no seats at your gate because your airport was built in the ‘70s when, like, 12 people a day were taking planes.

Even with better food and craft beer bars, America’s airport experience is at best tolerable. All of our major airports were built before 9/11, which in aviation terms would be like having a computer from before the internet. Security is tighter, but security-lane capacity hasn’t kept up. We spend more time in airports now, but many terminals are from a time when airport amenities didn’t need to be much more than a pretzel stand.

And let’s not even get started with the lines at customs and immigration.

The flying public has asked airports to do more and given them nothing to do it with. We sent 888 million passengers onto US airlines last year, in facilities designed for less than half that load.

So why is the nation that invented flight so far behind on building new facilities? And what are we doing to address the national airport crunch? It seems, at the very least, there might be a light at the end of the proverbial runway.

Building an airport isn’t like building a shopping mall. 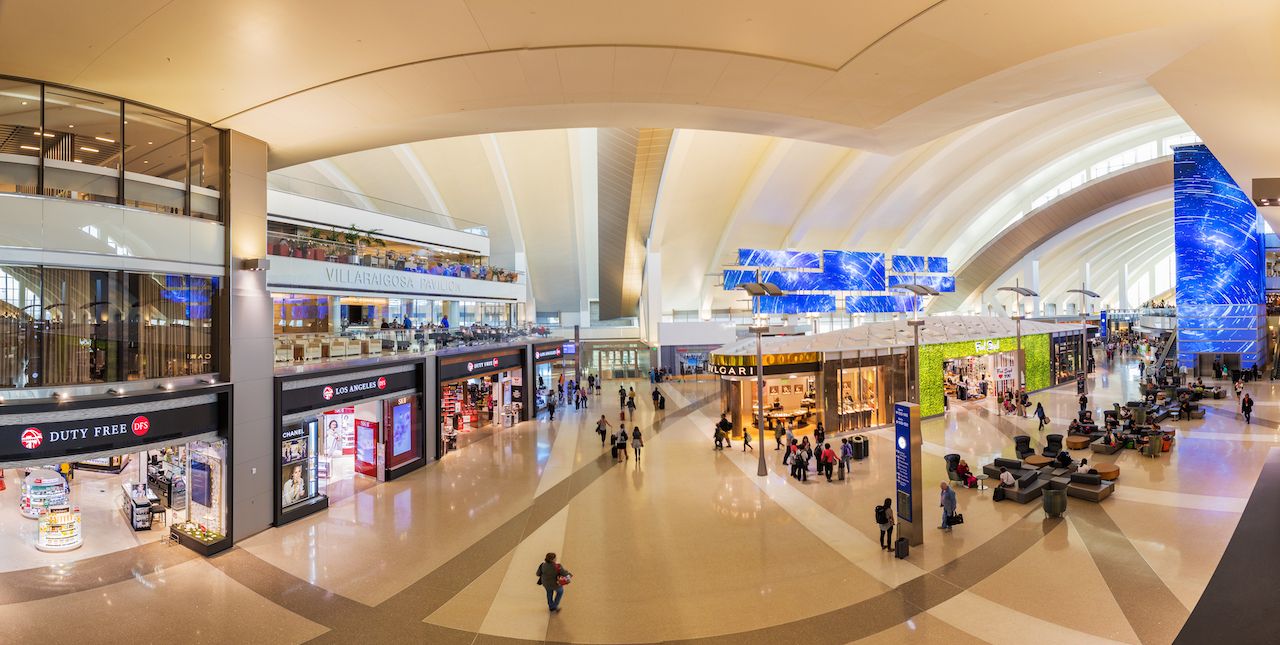 Building an airport might be the most complicated public works project imaginable. In addition to the usual hurdles of land access and environmental regulation, you need to conduct noise impact studies. You need to coordinate local, state, and federal organizations, as well as major corporations. You need to plan for traffic and public transportation. It is neither easy nor cheap, and it’s a civic undertaking ill-suited to modern American cities.

That’s because most modern cities don’t have land to devote to an airport. At least one that would be convenient enough for most of its residents. The alternative, then, is to build a new airport where land is available, typically a long, unpleasant drive from the city center. Denver, for example, has the newest airport in America and also one of the furthest from the city, nearly 26 miles on I-70. No US city is in a position to devote prime real estate to a new airport, so building anything new would replace the inconveniences of the old airport with the inconvenience of getting to the new one.

Airports are also expensive. Mexico City recently halted construction of its new airport, tagged at $13 billion. That would likely cost even more in the US where labor costs are higher. Paying for it isn’t just a matter of allocating city funds. Airports have intense restrictions on how they can be funded, making it difficult for governments to get creative with financing.

Some improvements and construction are financed by the Passenger Facilities Charge, a $4.50 tax added onto each flight segment. Congress hasn’t raised that since 2001, though it was an oft-cited solution for our airport woes earlier this decade. Most new airports are financed by the issuance of revenue bonds, which the airlines often back. That means the airlines have influence over where airports go, and they don’t want them out in BFE.

These are all highly simplified explanations for a vastly complicated issue — but essentially the combination of government rules, lack of money, and lack of desirable space makes very slim the prospect of any new airports in the US any time soon.

So if we can’t build new airports, what can we do? 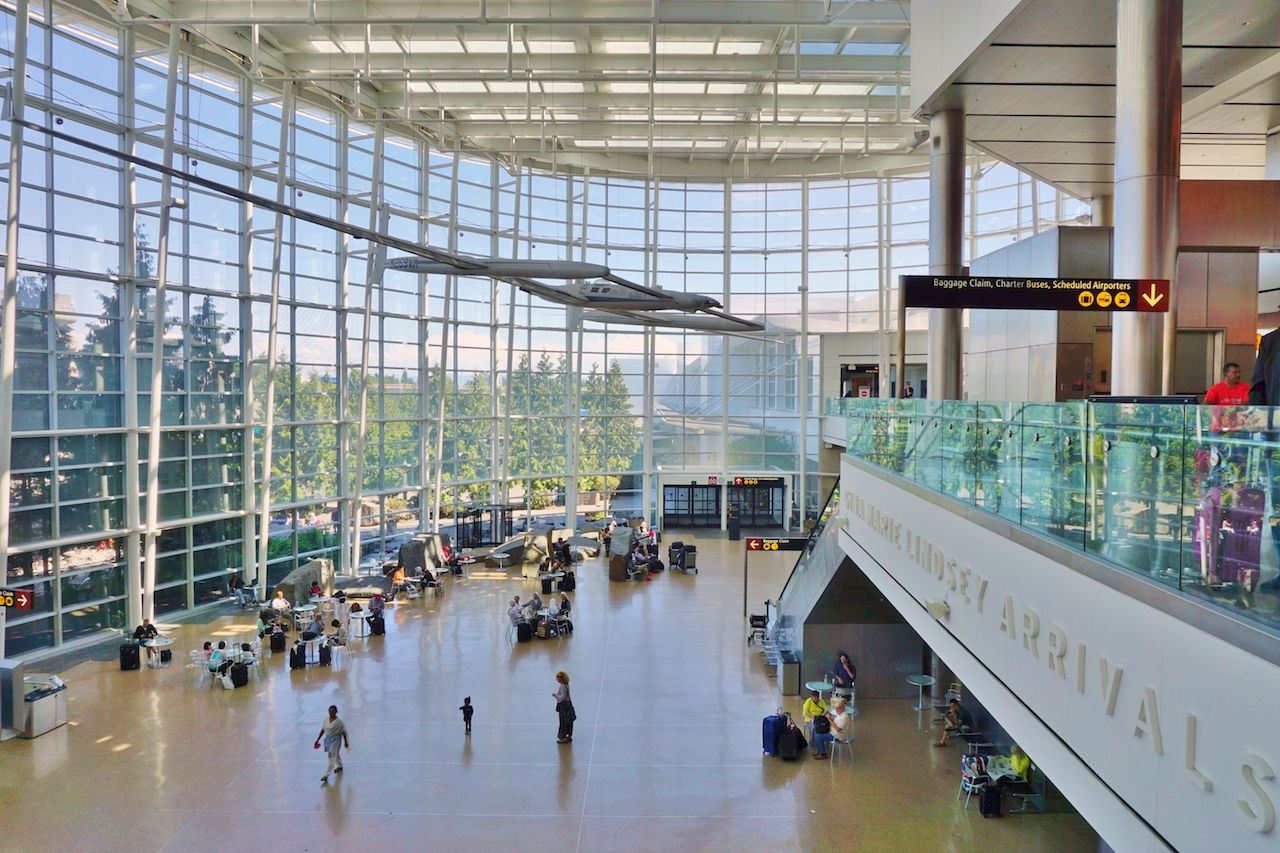 Part of the reason airports haven’t been able to expand is that the money wasn’t there. Most 1970s-era airports were due for big upgrades towards the end of the 20th century. Then 9/11 happened, and airlines we in no position to spend money on fancy new terminals.

The end of that decade saw the financial collapse of 2008-2009, which again shoved airport upgrades to the bottom of our nation’s priority list. But now, after nearly a decade of growth, airlines and investors are ready to put some money into our airports.

Seattle, which this year cracked the top 50 busiest airports in the world and now ranks ahead of Las Vegas, Orlando, and Miami, opened a new privately funded airport north of the city in Snohomish County called Payne Field. It runs 18 flights a day on Alaska Airlines to west coast destinations, with United Airlines joining them this month. It’s meant to ease the burden of domestic traffic at Sea-Tac and may be a model for beleaguered, single-airport cities in the future.

But the bulk of the $10 billion US airports will be spending each year, according to Airports Council International — North America, will be on large scale upgrades.

The $4 billion renovation at New York La Guardia created a traffic nightmare for New Yorkers but will effectively rebuild the Delta terminal in an airport former Vice President Joe Biden once described as something out of “a third world country.”

Salt Lake City is in the midst of a $3.6 billion “renovation” that will bring a new two-terminal site to aging SLC. It is, in effect, an entirely new airport built on the old airport’s site. The same thing is happening in New Orleans, where a new billion-dollar terminal will open next year replacing the aging one at Louis Armstrong International. No new name or runway but effectively a whole new facility.

LAX is partnering with American Airlines to re-create Terminals 4 and 5, giving them, among other things, easy access to the airport’s badly needed automated people mover, post-security connectors between terminals and easy access to the Tom Bradley International terminal. The new terminals will also have vastly increased security space, streamlined paths from check-in to security, and an emphasis on natural light.

Chicago O’Hare is in the process of reconfiguring its runways into a parallel design to reduce airplane traffic and adding four more runways to increase capacity. Boston Logan and Denver have also added gates to increase capacity, as well as made terminal improvements.

Nearly every airport in the US is doing some kind of terminal renovation, and they’ve added plenty of automation, like check-in kiosks and APC terminals at passport control to help things move more quickly. They might not have the TV appeal of a ribbon-cutting in Guangzhou, but they’re getting the job done. Most of the projects underway now should be done by the middle of the next decade or slightly after. So despite our growing pains, US airports may catch up to the world sooner than you think.

Everything You Need To Know About Flying While Pregnant, According To an OBGYN

How To Travel With a Carry-On Only, According To a Professional Packer

What Exactly Is Turbulence and Is It Dangerous? An Aviation Expert Explains Everything You Need To Know