Imagine a pastry so spectacular you can only find it in one city in the world. It’s stuffed with raisins and fluffy whipped cream, and topped with white poppy seeds that crackle with each bite.

If you’re on the hunt for this flawless dessert, there’s good news and bad news. The good news is it’s just as delicious as it sounds and worth every bite. The bad news is you’ll need to travel to Poznań, Poland, to try it. If you spot it elsewhere, it’s a long lost cousin at best. At worst you’ve found a poorly disguised knockoff with branding that violates the European Union’s quality scheme.

If you’ve sipped Champagne or Chianti, you’re familiar with the quality of items marked with Protected Designation of Origin (PDO) status. As with wines and spirits, foods that have a protected status must be made according to a rigid set of guidelines to bear the official name on packaging or advertising. Protected Geographical Indication (PGI) status is slightly less rigorous but still reliant on upon ingredients sourced from specific regions.

The EU officially rolled out its tiered protection scheme in 1992 as a way to safeguard and promote local agriculture, while encouraging the preservation of traditional customs. When submitting goods for approval, hopeful applicants point to historical literary mentions of the product, as well as environmental factors, in their bid to justify what makes their item special.

Vegetables, cheese, wine, and bread make up the bulk of the EU’s quality scheme list but there are a few must-try sauces, pastries, and other foods that will make you book a flight. Here are five lesser-known, EU-protected foods you can only find in specific cities around the world. 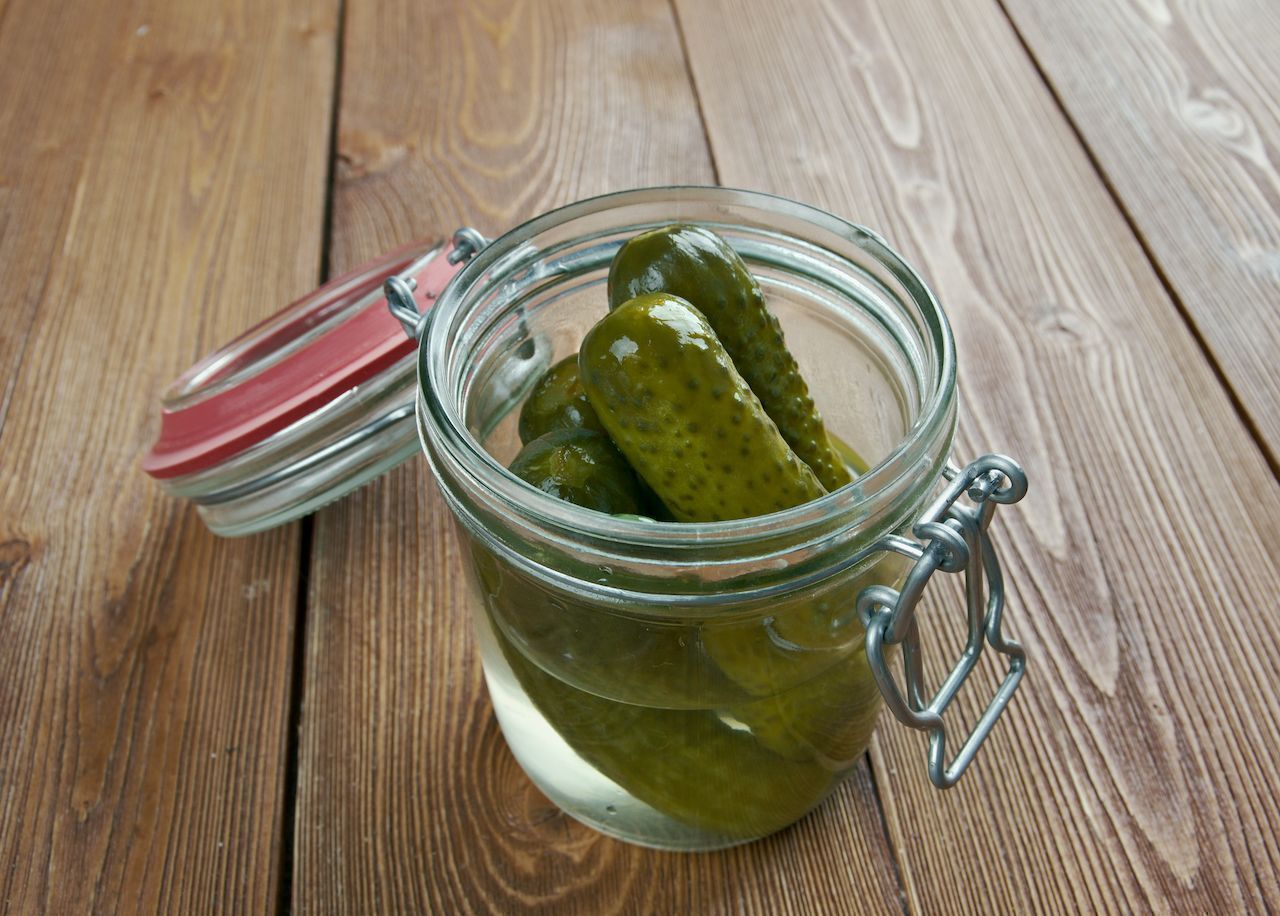 While some of Germany’s protected vegetables are only seasonally available, Spreewald gherkin pickles from Brandenburg, the state surrounding Berlin, are available year-round. These PGI pickles have achieved legendary status as one of the few East German products to survive Germany’s reunification. But their flavor backs up their reputation. Grown in mineral-dense soil, these pickles are fermented at 158 degrees. The flavor is then boosted with other ingredients that remain a tightly guarded secret. Grocery stores around Berlin and Brandenburg sell these crunchy, herbaceous pickles so they’re easy to pick up if you happen to be in the area. 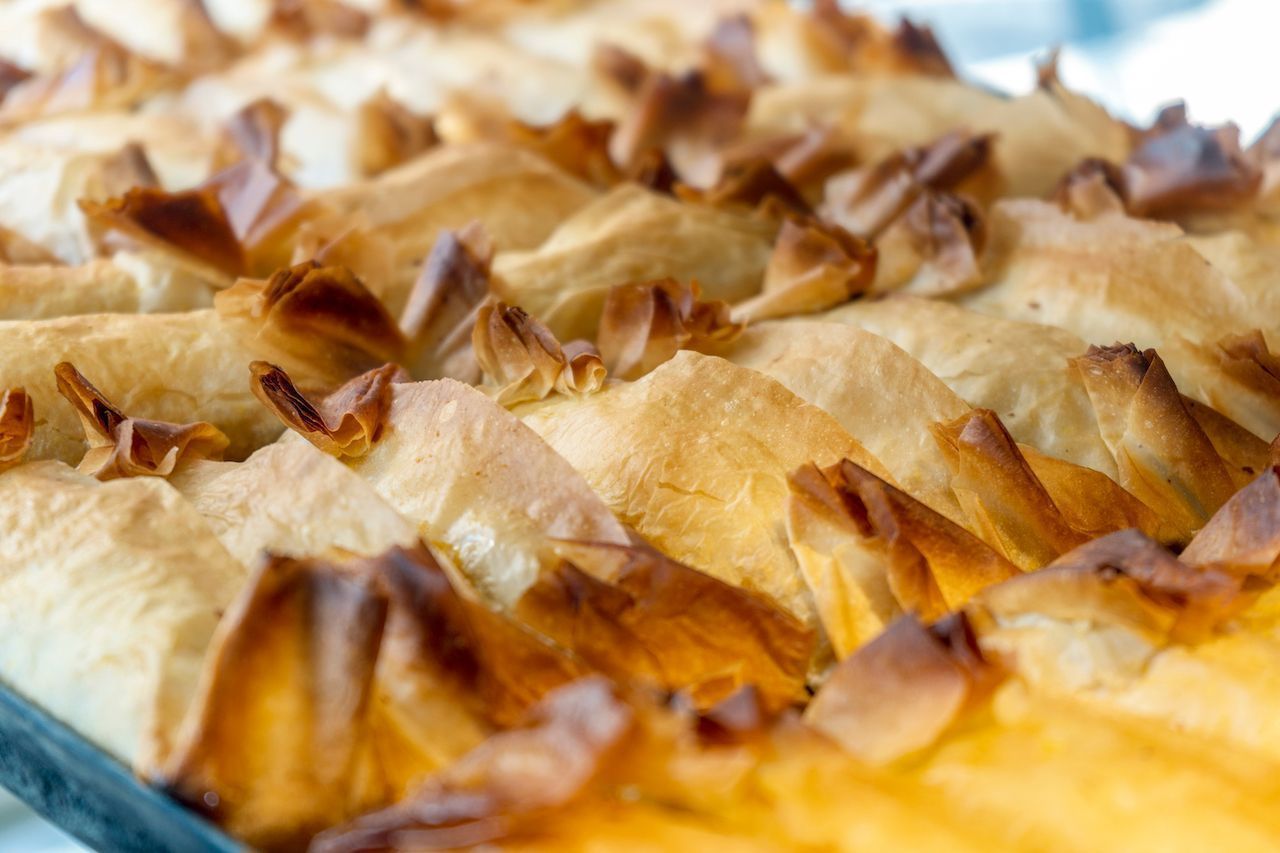 Around 1565 the sisters of the Carmelite Nunnery in Tentúgal began to wrap egg custard around thin layers of dough and sell them to travelers who were passing through town. The pastel, or pasteis de Tentúgal as it’s known today, is a pouch of paper-thin flaky dough, twisted at both ends, and filled with Portugal’s now-renowned egg custard. Environmental factors like Tentúgal’s mild temperatures, paired with its high humidity, contribute to the preparation of this pastry. While there are plenty of recipes online for this treat, without the local ingredients, weather conditions, and passed-down recipes, you’ll only have something resembling a true pastel de Tentúgal. 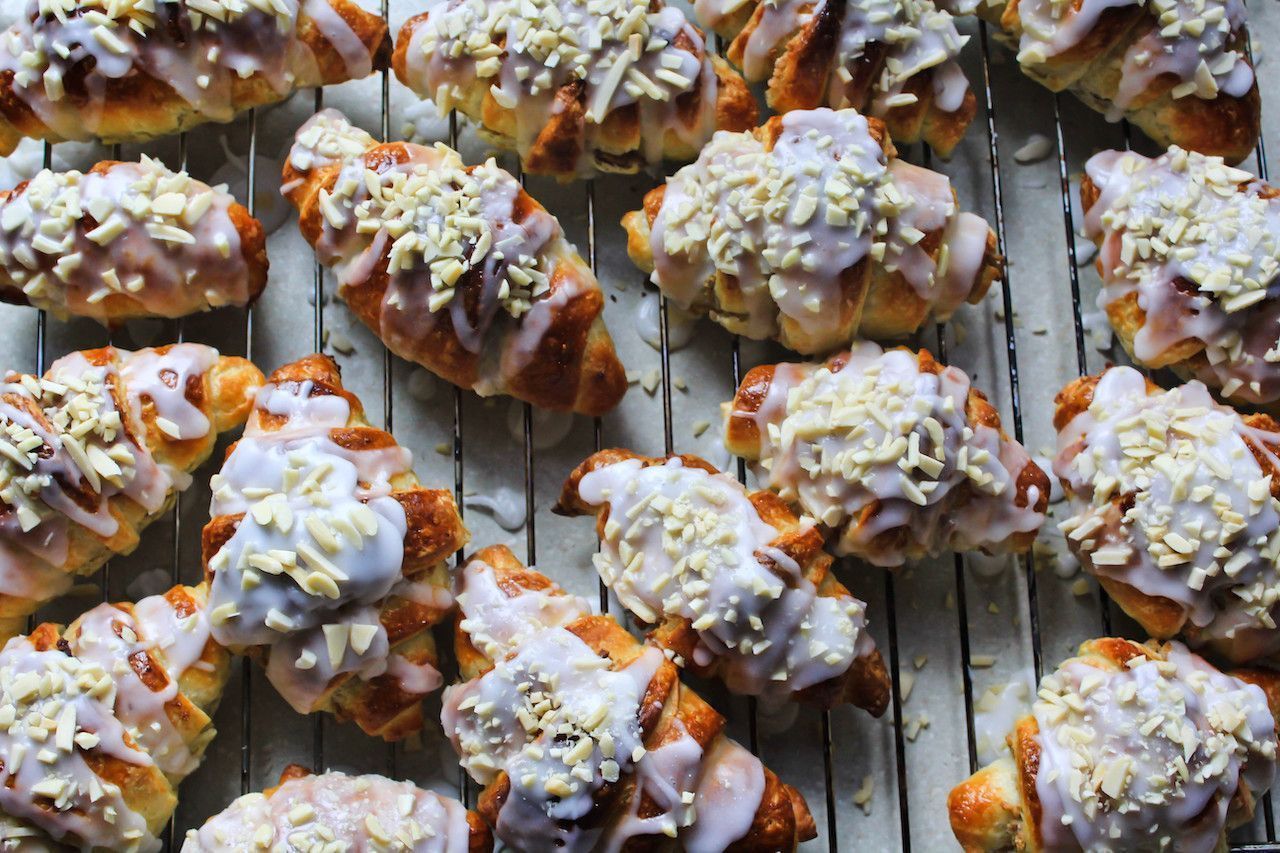 Poznań, Poland, is home to the St. Martin’s croissant. With its cream, raisin, and white poppy seed filling, there isn’t another croissant like it on Earth. The pastry must have a laminated dough with specific numbers of folds designated throughout the recipe. First referenced in print in 1852 in an advertisement, the croissants were traditionally made around November 11 in celebration of St. Martin’s Day. Today, they’re enjoyed year-round but production and consumption still soar around this holiday. This magical dessert even has its own museum dedicated to teaching visitors every detail of the treat. 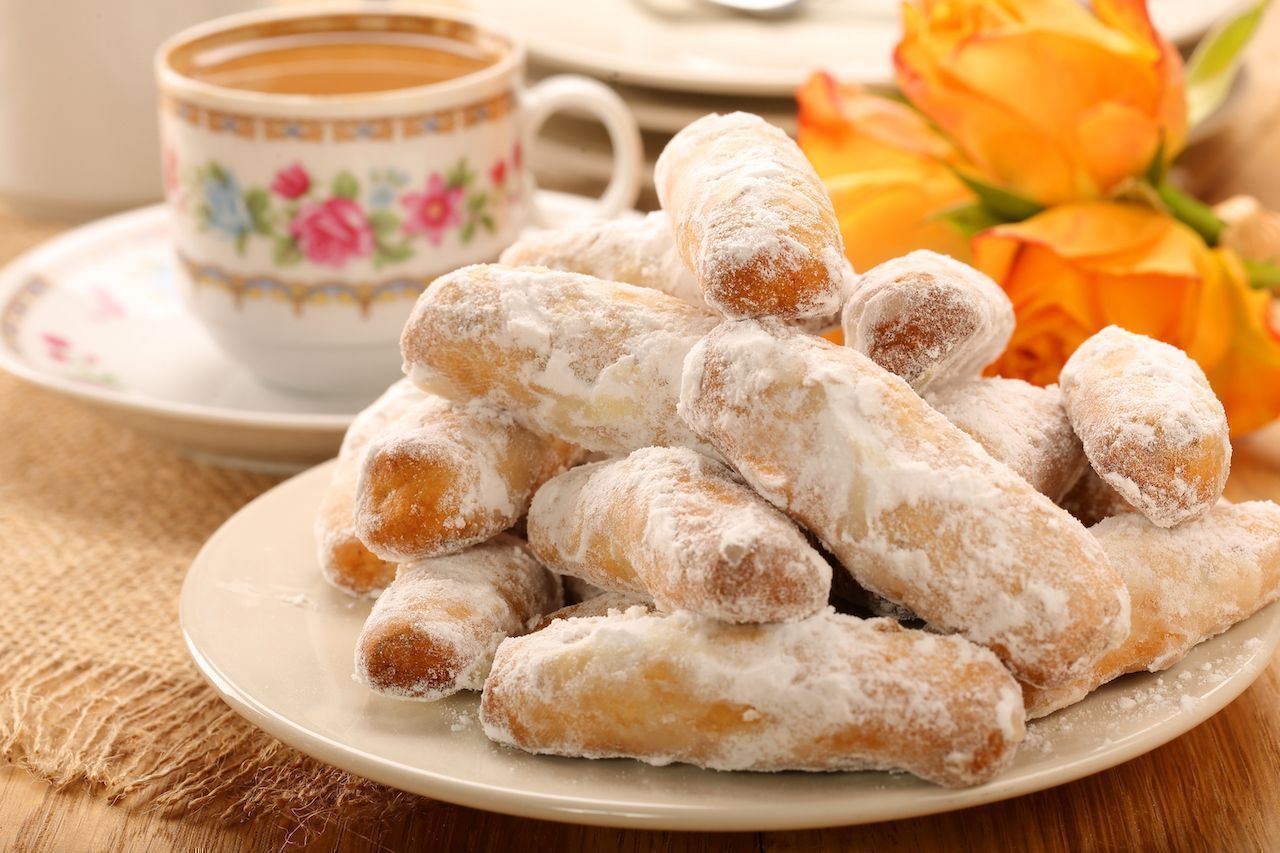 You may have spotted a dulce de leche-filled sandwich cookie of the same name in other Spanish-speaking countries. Alfajores have ties to Argentina, Chile, and more. But Spain’s PGI version isn’t a round cookie-like its cousins. Instead, alfajores de Medina Sidonia are cylindrical and adhere to a process that dates back to 1786. Honey, almonds, hazelnuts, and sesame seeds join forces with spices, some of which are unexpected (like coriander) to create a dough that’s then shaped into tubes, dipped in syrup, and coated in both cinnamon and sugar. 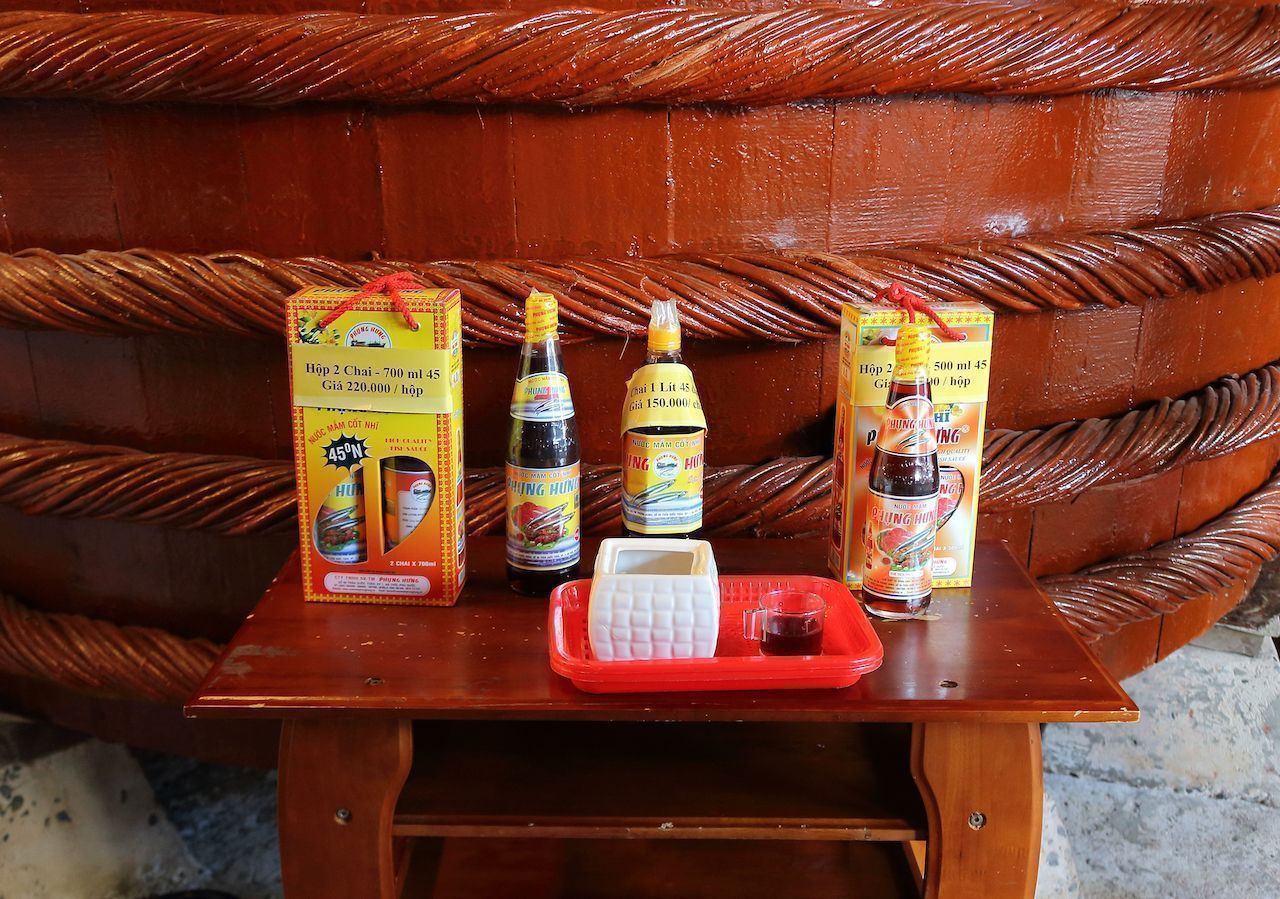 While the protection scheme’s legal status only applies to the EU, countries outside of the EU can still register products to prevent fraudulent production within the EU. Vietnam’s Phu Quoc fish sauce was admitted into the protection scheme in 2012 but has been produced in Vietnam for the last several centuries. Its PDO status dictates that its name can only be used on sauces made from anchovies from the Phu Quoc island. With its distinctive red-tinged hue and production process that has remained unchanged for 200 years, authentic Phu Quoc fish sauce is an exceptional addition to most dishes.

Food + Drink6 of the Most Commonly Faked Foods and How To Spot Them
Tagged
Food + Drink
What did you think of this story?
Meh
Good
Awesome