When Cannes, France comes to mind, people often associate the city with its luxurious resorts, celebrities, and the famous Cannes Film Festival. However, since 2006 another film festival has been taking the resort city by storm. Festival International du Film Panafricain de Cannes, (FIFP), is an annual celebration of the African Diaspora through cinema. Founded by its current president, Eitel Basile Ngangue Ebelle, and the Association Nord-Sud Développement, FIFP brings intentional representation and inclusion to an industry and location historically associated with whiteness. Throughout France’s history, acknowledging race and ethnic differences have directly countered the country’s universalist approach. In an interview with Ebelle, we discussed FIFP’s significance and the role it plays in challenging the national narrative by celebrating Blackness and uplifting the diaspora.

Why is the Festival International du Film Panafricain de Cannes important for France?

The film industry in France has received criticism for the lack of diversity on and offscreen for years. In 2018, 16 Black actresses, including Sonia Rolland and Aïssa Maïga, joined forces to draw attention to the racist cliché representations of Black women in French cinema. France 24 reported that in 2017, out of 2,617 roles, only 171 of those were portrayed by Black actors, with only 31 hired for leading parts.

This lack of diversity finds itself present among filmmakers as well. In fact, in 2019, Mati Diop became the first Black woman director to have her film, Atlantique, screened at the Cannes Film Festival, despite the event’s 72-year tenure at the time, an accomplishment Diop referred to as “a little sad.” Her film went on to win the Grand Prix Award.

Although the French industry at large is still in need of significant progress, the FIFP directly combats harmful tropes and provides a space for Blackness to exist unapologetically in every aspect of the festival. “Films that maintain prejudices about Africa and the Pan-African world have no place with us,” Mr. Ngangue Ebelle, the festival’s founder and president, says to us in French.

Throughout the festival’s tenure, featured films have covered an array of topics ranging from documentaries about climate change’s impact on Africa to compelling cultural narratives and love stories. For instance, one of FIFP’s past screenings includes Flight, a Jamaican short by Kia Moses and Adrian McDonald that tells the story of a young boy who has big dreams of flying to the moon despite the obstacles surrounding him. 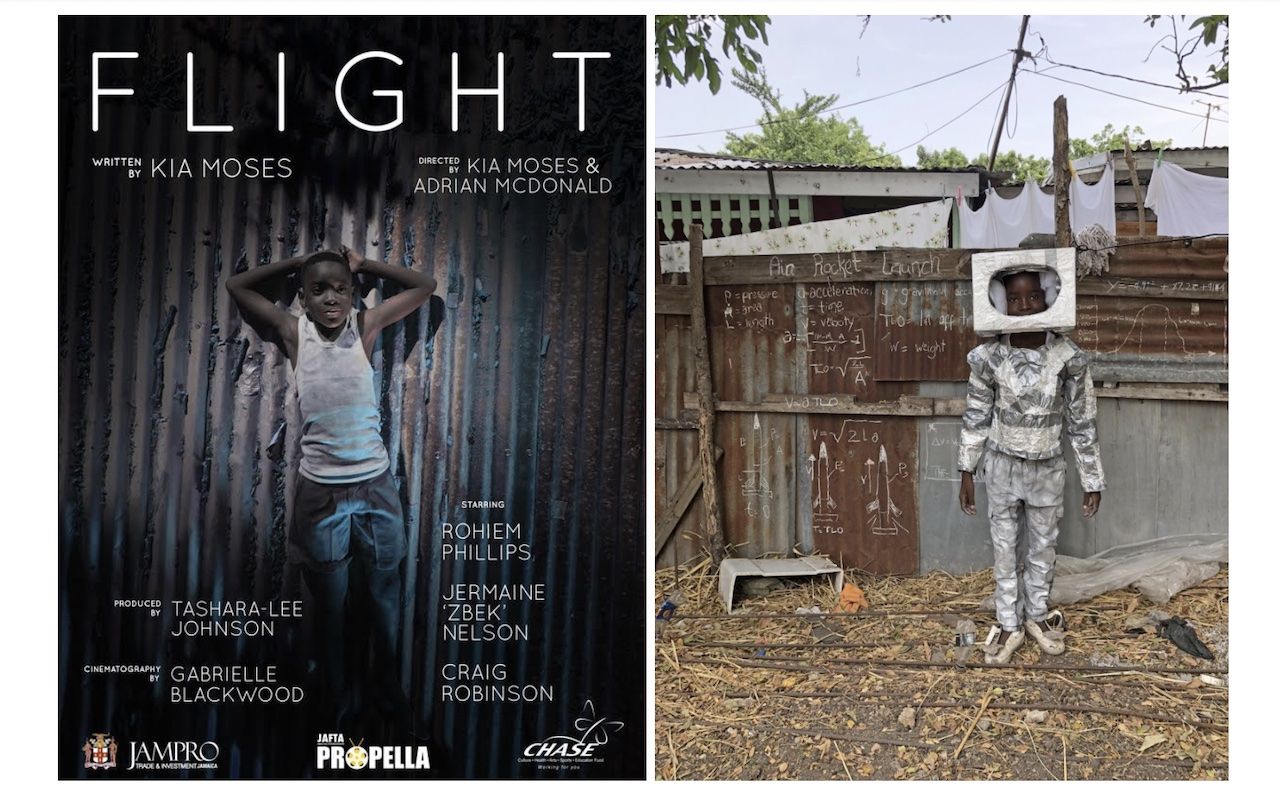 One of the festival’s 2018 films, Somebody Clap For Me, by Luciana Farah, features Ugandan youth who embody their right to free speech by using slam poetry as a form of activism against their oppressive government.

Another film, Back to Natural, by Gillian Scott-Ward dives into the “globalized policing” of natural Black hair.

Like most film festivals, FIFP hosts an awards ceremony. Presented by a panel of judges, The Dikalo Awards honor the best fiction feature-length film and short film, the best documentary, and the best actor and actress. Filmmakers from several countries, including Tanzania, Ghana, Algeria, and the US took home Dikalo Awards in 2020. 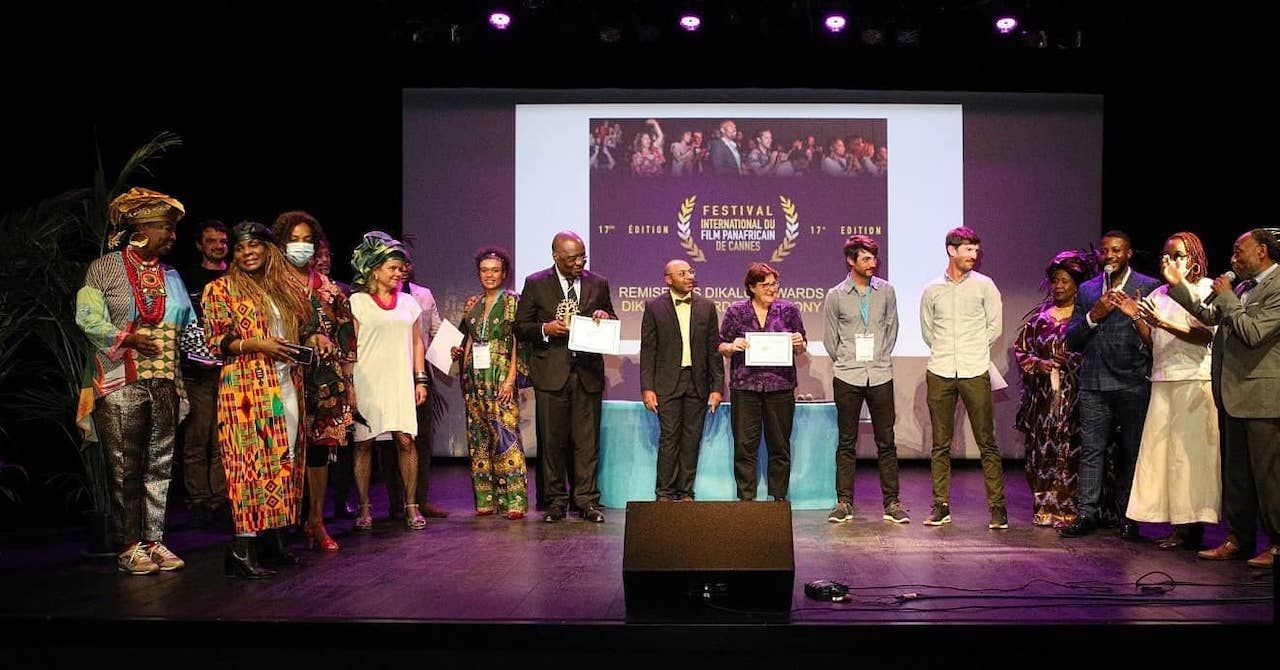 When we asked Ebelle about the festival’s significance to France, and more particularly to Cannes, he replied in French, “The International Pan-African Film Festival of Cannes is an excellent tool against racism. It allows you to discover Africa and its diaspora through its cinema. Cannes is the capital of world cinema. I am from Cannes. I owe it to myself to share Pan-African excellence with the whole world. I am fortunate to live in this magnificent international village that is the city of Cannes. To associate my cultural heritage with it enriches France and the whole world. The Pan-African International Film Festival is a wonderful way to experience Cannes.”

Why is the Festival International du Film Panafricain de Cannes significant for the African Diaspora and Black travelers?

Increased visibility and awareness of the FIFP in Cannes’ travel advertising could likely draw Black travelers to its sunny shores. With its Pan-African theme, FIFP also provides an avenue to unite people of the global African Diaspora. For Ebelle, Pan-Africanism is a way of life. “It is the only way that allows Africa and Africans in any country to free themselves from the visible or invisible chains of the oppressor on a daily basis. Knowing your identity, knowing who you are, where you come from is a magnificent gift of life,” he emphasized in French.

The future of the festival seems as promising as ever. According to Ebelle, “Pan-African cinema still remains to be discovered for most of the inhabitants of our planet. This cinema, more than any other, has the advantage of reconciling us with ourselves, whatever our origins.”

The 18th edition of FIFP will take place in Cannes from October 19 –24 2021, with COVID-19 safety measures in place. Located just minutes from the beach and Cannes’ La Croisette, FIFP will be held at Espace Miramar. As noted on their website, the festival is open to all. Prospective festival attendees can purchase passes that provide unlimited access to films, conferences, and ceremonies here for 70 dollars. Ticket options also include an all-inclusive package with a six-day hotel stay at Hôtel Martinez and access to the post-festival gala.

HikingTo the Black Women Who Want To Venture Outdoors — Here’s How I Got Started
Tagged
Black Travel Festivals
What did you think of this story?
Meh
Good
Awesome