The French Riviera — and Cannes in particular — is known as a luxury vacation spot and the home of the namesake movie festival that takes place every summer. Now, Cannes is adding another attraction to its repertoire: an underwater eco-museum. Featuring six sculptures by renowned British artist Jason deCaires Taylor, the museum lies just off the coast of the nearby island of Sainte-Marguerite.

The goal of the project is to draw attention to the declining state of the world’s oceans and the depleted Mediterranean Sea. Once a fishing powerhouse, today the Med is more polluted than ever and is suffering from overfishing and tourism. “I think that there’s a danger when we look at the ocean, it looks robust and powerful, untouchable. When what’s happening beneath the water is unprecedented, it’s extremely fragile,” deCaires Taylor told Architectural Digest. 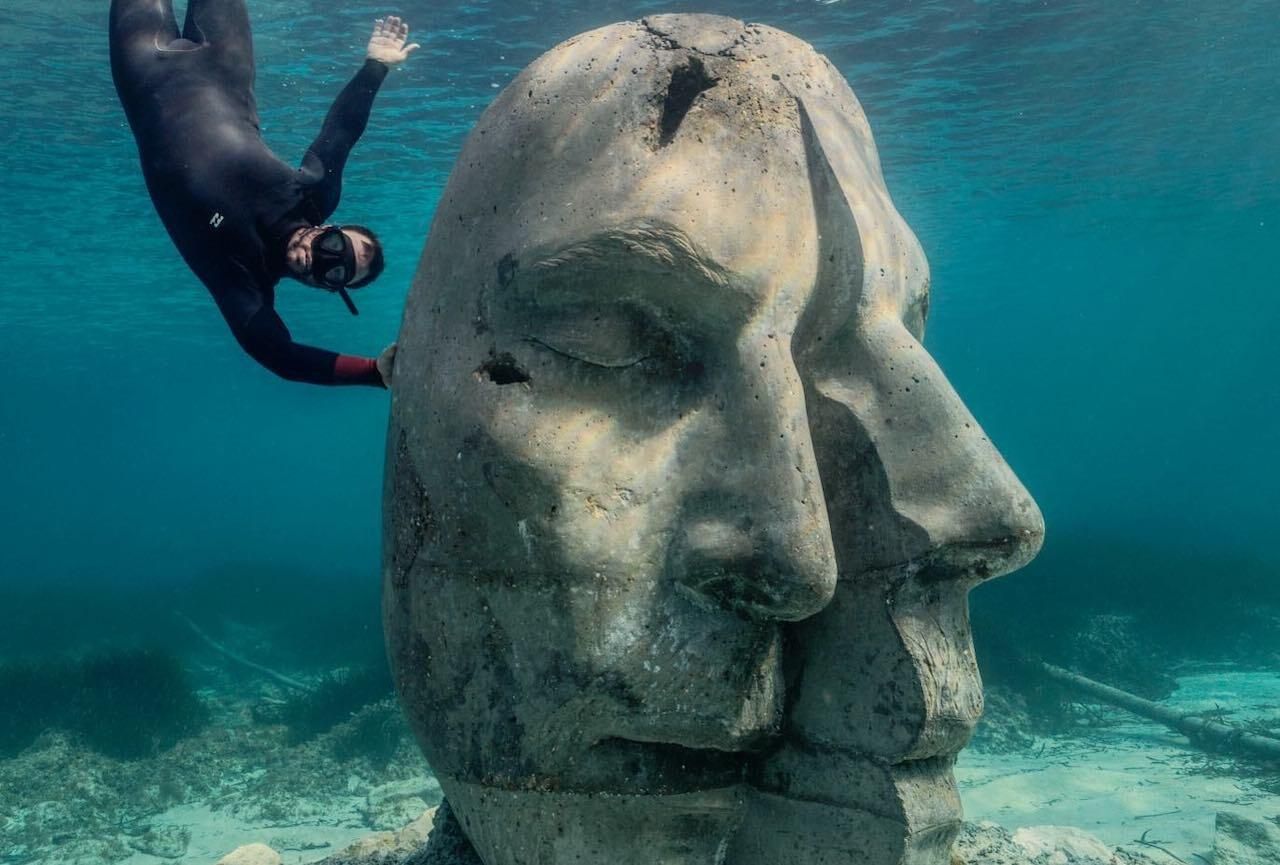 The sculptures are made of pH-neutral cement and depict portraits of the locals, from children to the elderly. Each one is six feet tall and weighs 10 tons. The museum was funded by the mayor’s office and took a total of four years to complete. The best way to see the sculptures is to dive in and snorkel your way through the exhibition. The underwater museum can be visited for free, without an entrance fee.

While working on the concept, deCaires Taylor got his inspiration from the local community, firstly casting the faces of 40 volunteers and narrowing it down to six that he molded into large-scale sculptures. The statues feature portraits of an 80-year-old fisherman, an entrepreneur, a curator, and schoolchildren.

Jason deCaires Taylor is known for his underwater art, having created over 1,000 sculptures to date in various places around the globe such as Lanzarote, Grenada, Australia, and Mexico.