There’s a good chance you know that one person who — while you’re enjoying a nice plate of french fries — chimes in with, “You know french fries aren’t actually French, right?” You nod and reassure them, “Of course I know that,” but really, you’re staring down at your plate of imposters like a dinner date you’ve just caught in a lie. And it’s not just french fries. You’d be surprised how many of your favorite foods that are named after specific cities or countries actually hail from somewhere completely different. From french fries to Hawaiian pizza and Russian dressing, these are the foods masquerading as foreign nationals. 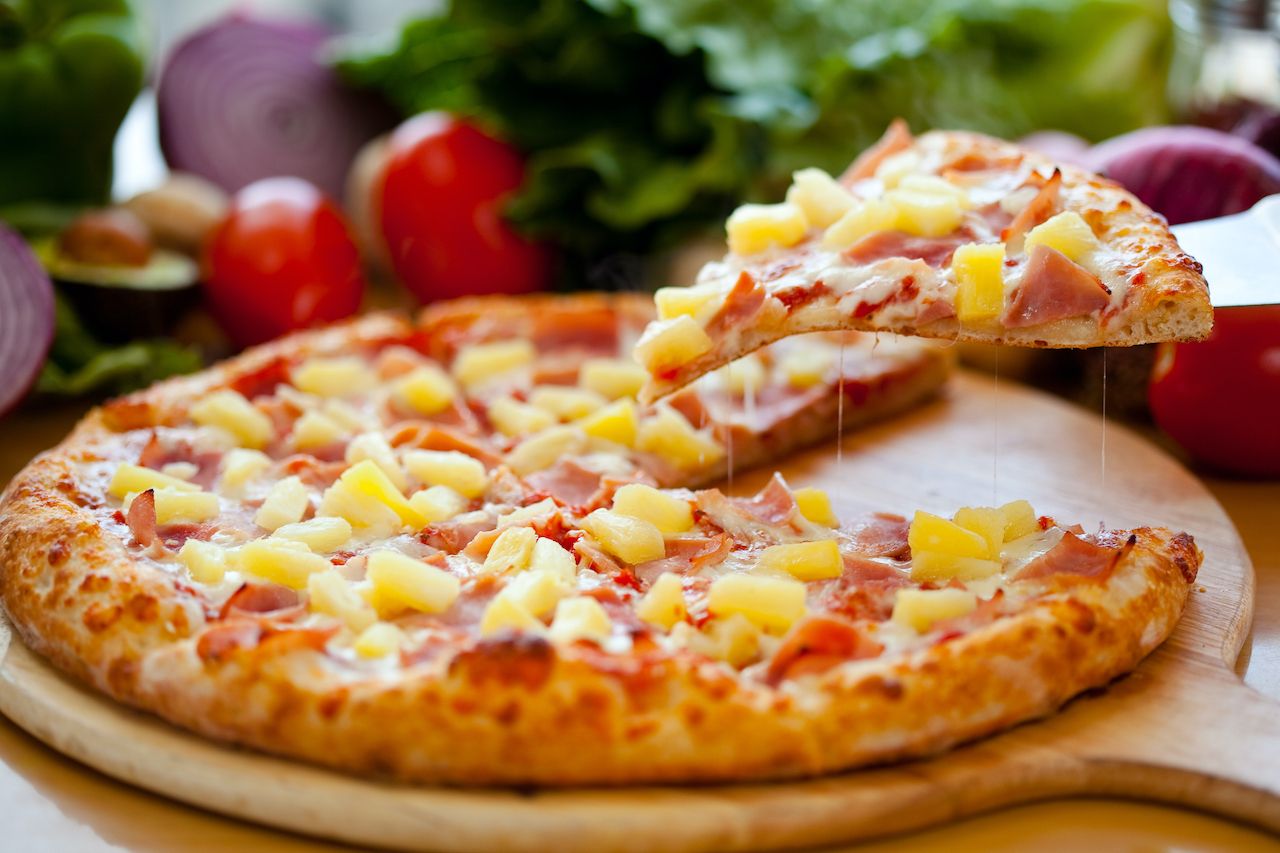 As if Hawaiian pizza detractors needed even more ammo to diss this controversial creation, it turns out it’s not even from Hawaii. The contentious pizza actually originated in Chatham, Ontario, in Canada, and is the brainchild of restaurant owner Sam Panopoulos — a Greek immigrant who moved to Canada in 1954. He told the BBC that pineapple was added “just for the fun of it, [to] see how it was going to taste.” And don’t read too much into the “Hawaiian” in the name. Apparently, it was just the name on his can of pineapples. 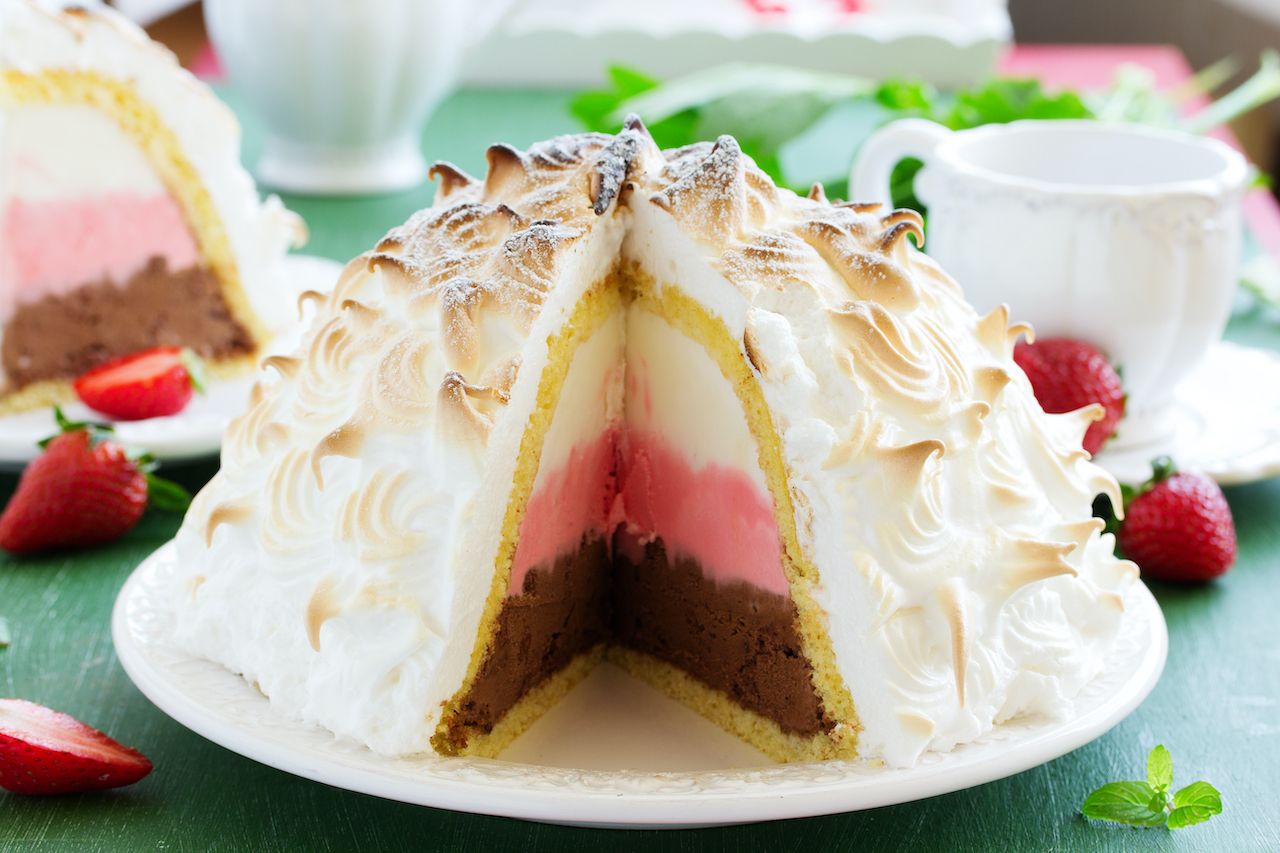 This soft sponge cake is topped with a layer of hard ice cream and uncooked meringue, then placed in a hot oven and baked until the meringue is brown. Rather than originating in the Last Frontier, baked Alaska was actually invented in the contiguous United States and across the country in New York City. While it wasn’t created in Alaska itself, the dessert is an homage of sorts to the 49th state. Parisian pastry chef Charles Ranhofer created it at Delmonico’s Steakhouse in New York City and called it “Alaska, Florida” in reference to the cold ice cream and warm meringue, according to NPR. The exact date of when the name switched to baked Alaska is debated, but it did happen at some point in the 1800s. 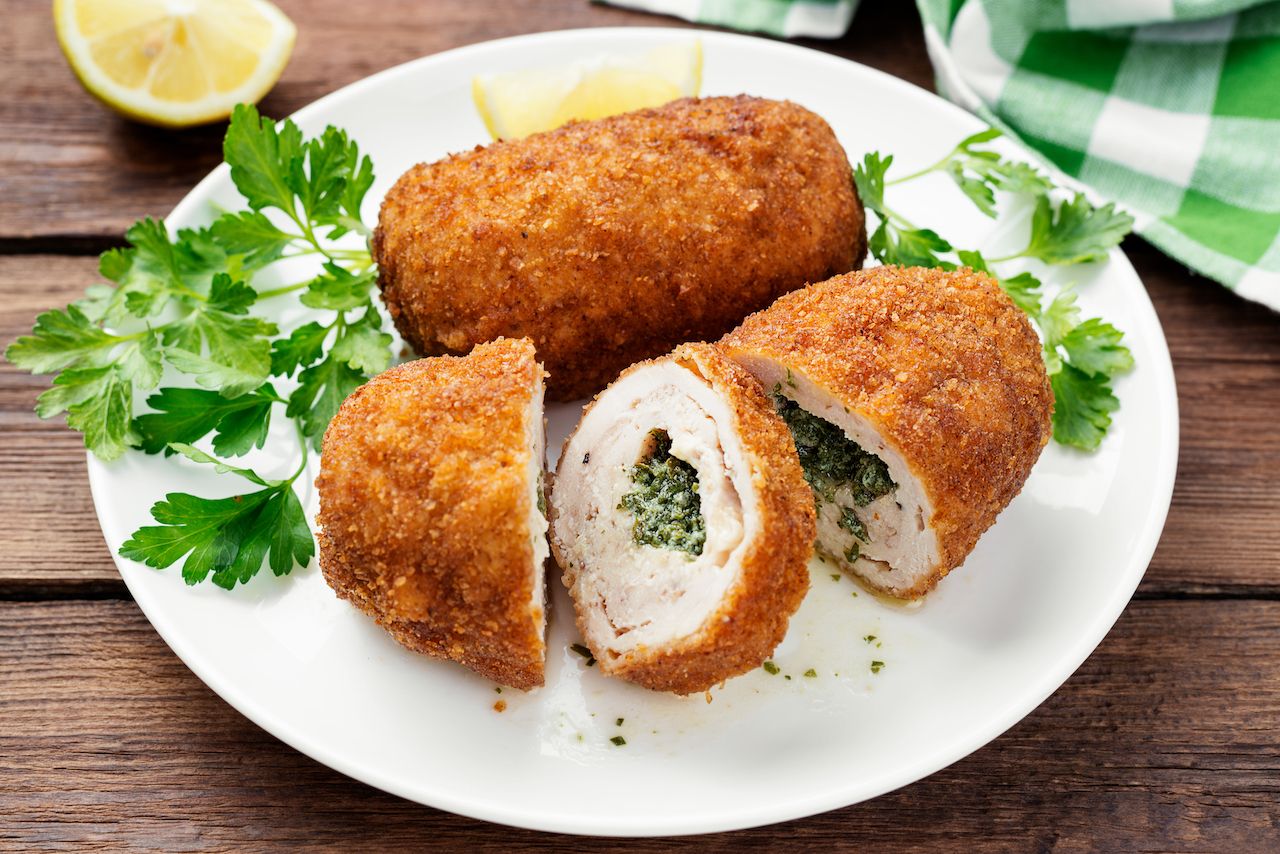 It might sound like chicken Kiev is a classic Ukrainian dish, but not if the French have anything to say about it. While France can’t lay claim to french fries, it can claim what initially sounds like the national dish of Ukraine. French food was incredibly popular in Russia in the early 1900s — so much so that Empress Elizabeth sent her best chefs to France to bring back knowledge of their culinary creations. Cotelettes de volaille — a chicken dish with herbs and butter — was one of those creations. When the dish was served in Kiev after the World Wars to the Russian delegation returning from Berlin, it received the name “chicken Kiev,” and has been widely known as such ever since. 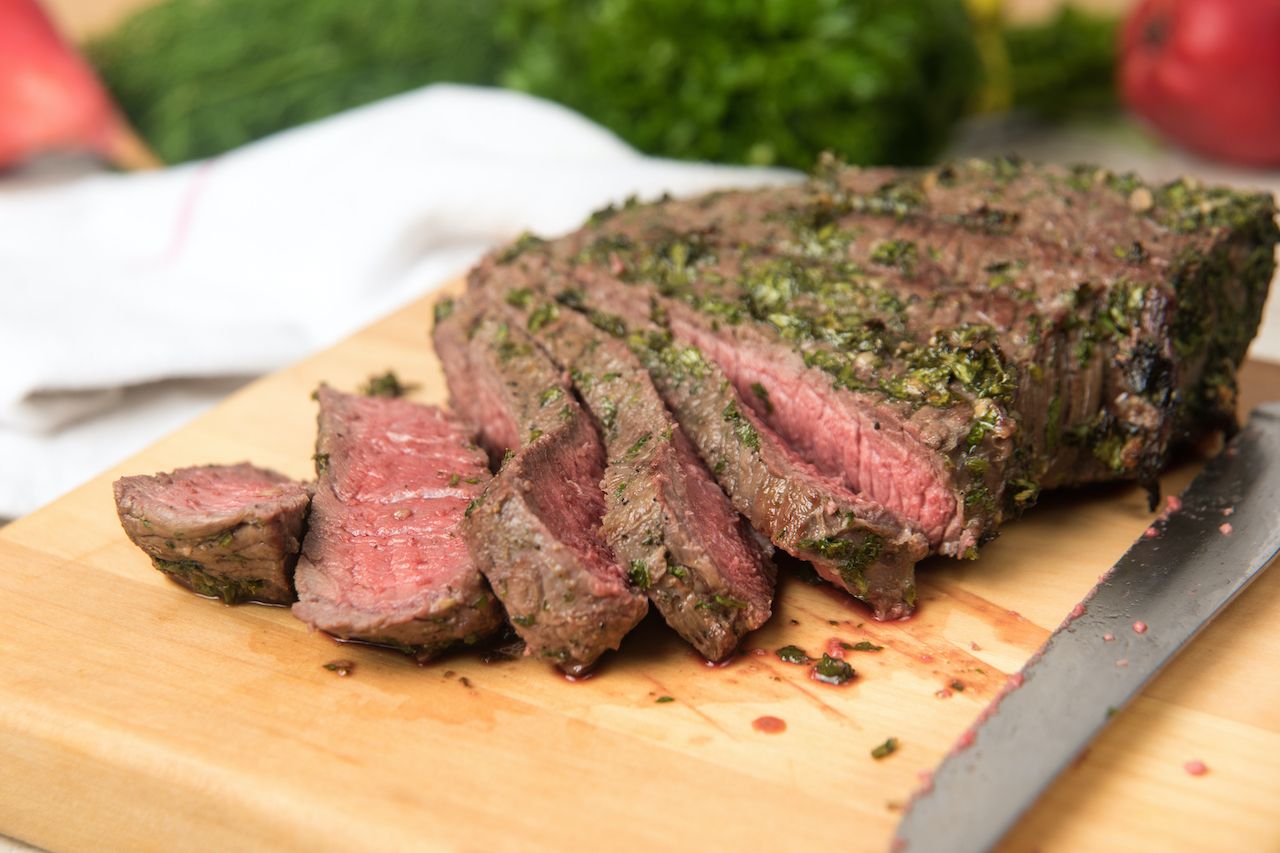 The most common misconception around the London broil might not even be its place of origin. It’s that “London broil” doesn’t refer to a cut of steak, but to the preparation technique of taking a tough cut of meat and tenderizing it through marination. Deceptively, the technique didn’t originate in England at all, but somewhere in the US. It was first documented in 1931. Some claim Philadelphia as its city of origin, though it remains unclear exactly where the process was invented. 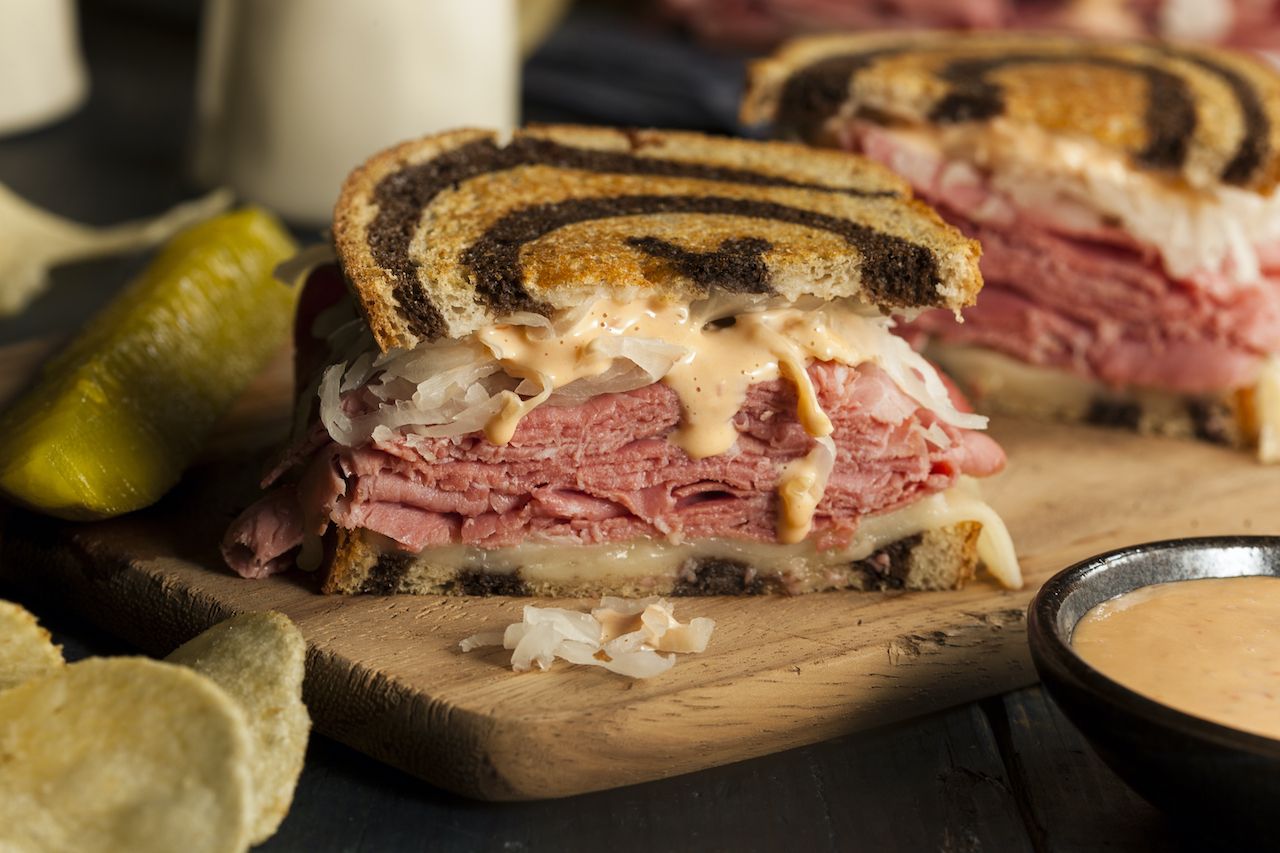 If you’ve ever had a Reuben sandwich, chances are you’re familiar with the sweet taste of Russian dressing. But did you know it’s not actually Russian? The dressing, created by mixing ketchup with mayo, was actually created in Nashua, New Hampshire. Grocer James E. Colburn invented the condiment in 1924, the New England Historical Society notes, and he sold it to retailers and hotels across the country. It’s unclear exactly how the dressing earned its Russian moniker, though some believe it’s because it was often added to salad Olivier, which is Russian-inspired. Others speculate it’s due to the once-common addition of caviar as a primary ingredient. 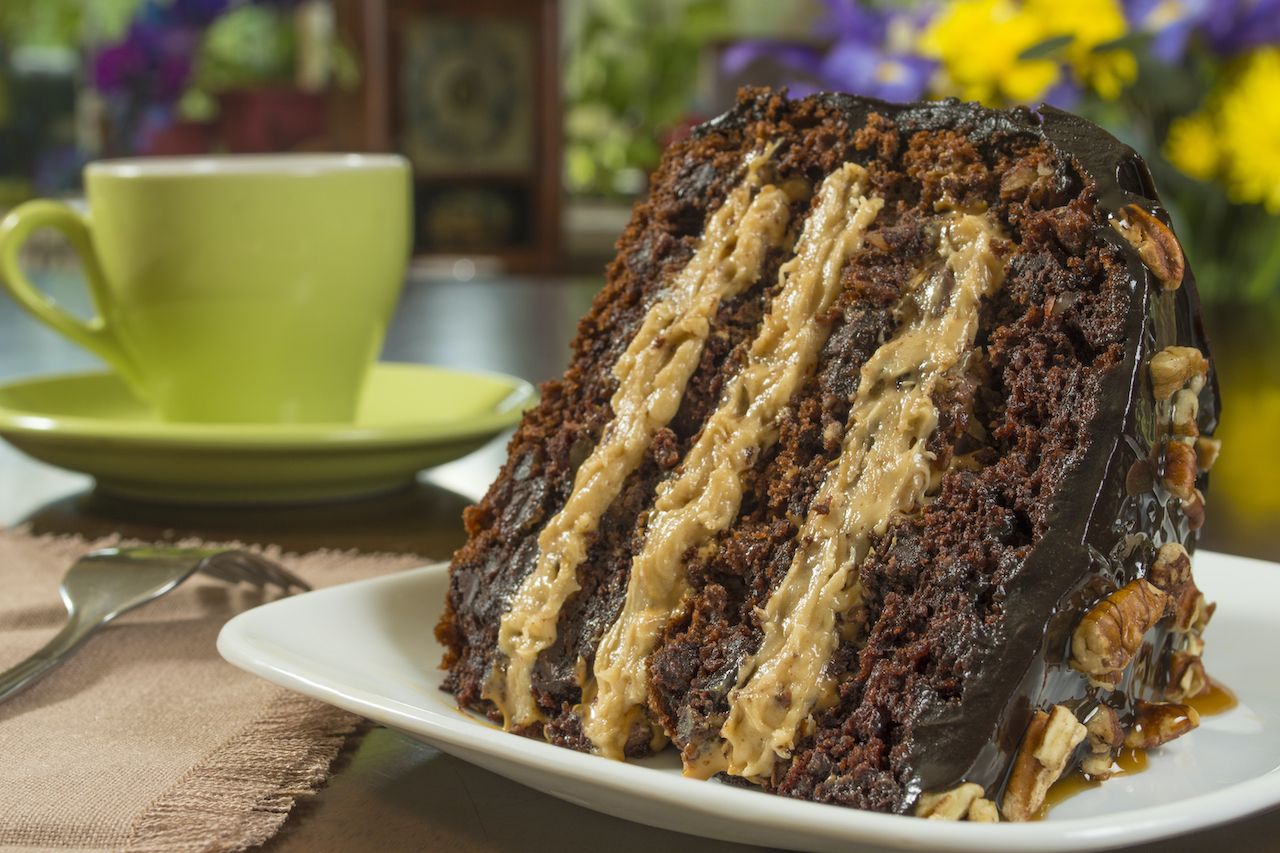 The next time you sink your teeth into some German chocolate cake and start letting your imagination drift away to a Bavarian village, check yourself. German chocolate cake isn’t from Germany at all. The chocolate, coconut, and pecan cake is a decidedly American invention and is named after Samuel German, an English-American baker. German created a new type of dark baking chocolate in 1852 called German’s sweet chocolate. 105 years later, in 1957, Texas homemaker Mrs. George Clay devised the cake recipe using German’s chocolate, calling it “German chocolate cake.” So while Samuel German still receives credit for his invention, few are actually aware of it. 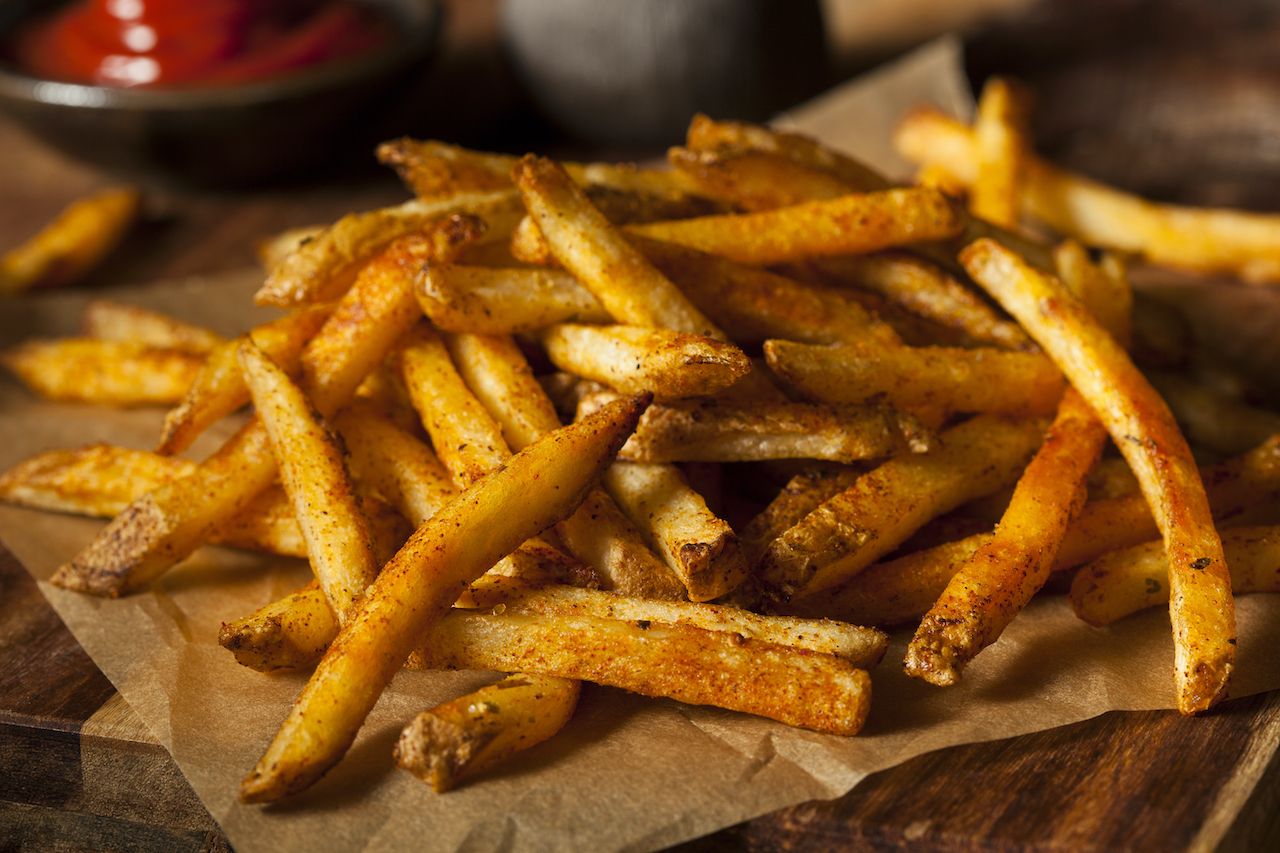 This one might be the toughest pill to swallow. The definition of comfort food, french fries are the one dish we thought we knew. We thought they understood us, and we understood them. Not so. One of the most popular stories regarding the invention of french fries, according to the BBC, can actually be traced back to Belgium in the late 1600s. Villagers living in Meuse Valley subsisted on small fried fish, but when the river froze in the winter and fish were scarce, villagers turned to frying potatoes instead. They sliced and fried them like they did the fish, and french fries were born. However, they didn’t come to the US until they were discovered by American soldiers stationed in Belgium during World War I. Since the Belgians spoke French, the soldiers dubbed the dish “french fries.”

Food + Drink19 of Our Favorite Comfort Foods From Around the World
Tagged
Food + Drink
What did you think of this story?
Meh
Good
Awesome