If you were asked to associate waterfalls with a season, you’d probably pick summer. And it makes sense. Waterfalls conjure imagery of fierce cascades plummeting down steep rock faces into natural, jungle-ringed pools.

But in locales like Montana, where there are waterfalls aplenty but also four distinct seasons each year, something special happens when the temperature drops: those cascades become giant icicles, freezing in both space and time. While Montana may not be the first state that comes to mind if you’re used to tropical waterfalls — nor is winter usually the season you think of visiting — once you’ve seen the state’s formidable icefalls, you’ll never forget the image. Here are six of the most striking frozen waterfalls in Montana to visit this winter.

The waterfalls in Glacier National Park may get more visitors than those in Gallatin National Forest, but the latter is prime icefall territory — specifically in Hyalite Canyon, roughly half an hour south of Bozeman. Grotto Falls is one of the recreation area’s major draws and it never looks more magical than when it’s dressed in winter white. Unlike the waterfalls in Glacier National Park, which rarely freeze over completely, Grotto Falls becomes a veritable ice wall when the temperature drops, giving it a snowy glow like something out of C. S. Lewis’ Narnia. It’s one of the most popular frozen waterfalls to visit in Montana, so try to visit midweek for fewer people in your photos.

While you’re in Hyalite Canyon, stick around to see Palisade Falls near the east fork of Hyalite Creek. You can get there on foot from Grotto Falls in roughly 1.5 hours, following the Hyalite Creek Trail north and hanging a right at the Chisolm Campground (or by car in just 15 minutes). You’ll be happy you did: Palisade’s 80-foot cataract, formed by prehistoric lava flow, is one of the most dramatic icefalls on this list. 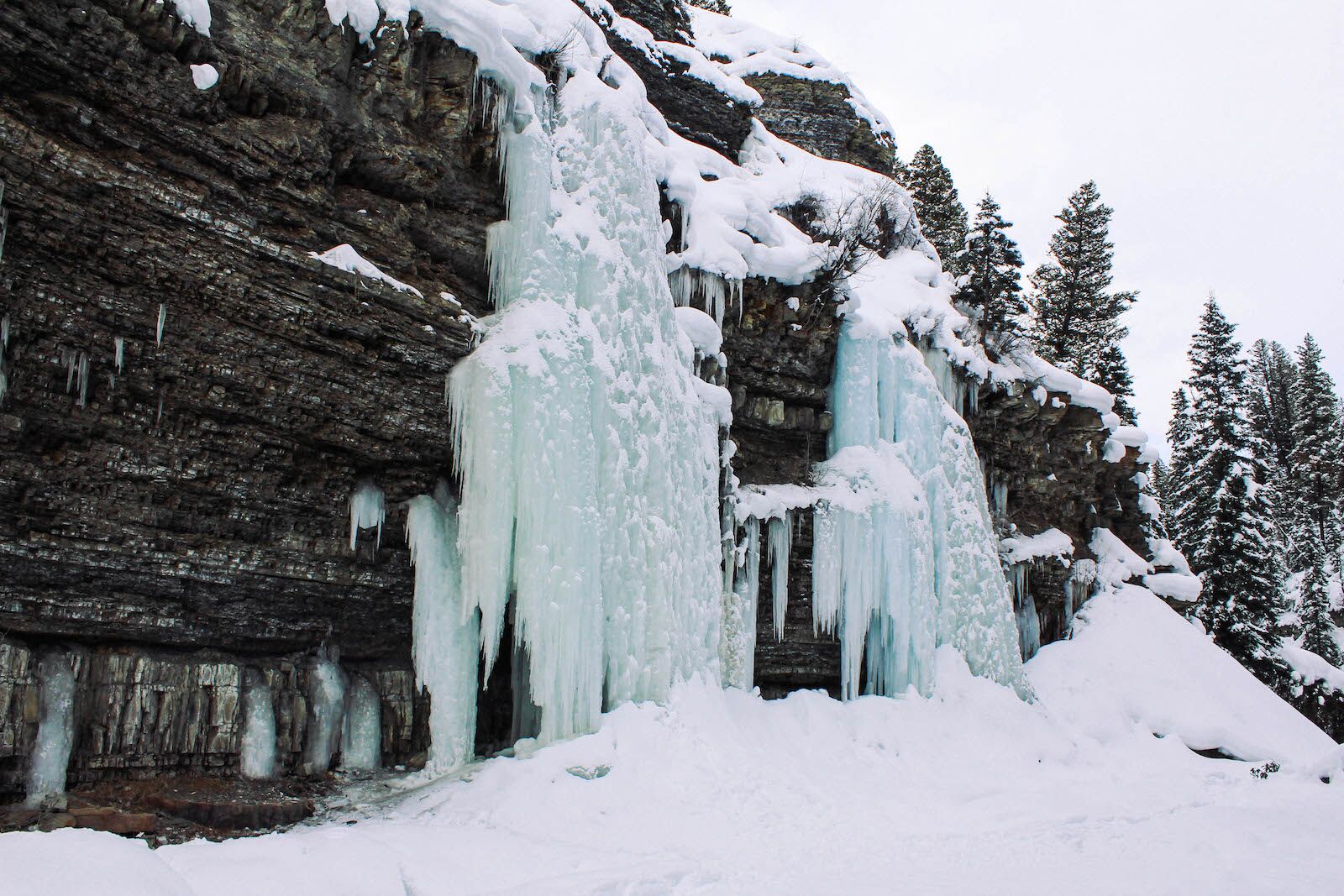 Big Sky, Montana, is no stranger to winter visitors. Epic skiing and snowboarding are a big part of the reason why travelers flock there in droves, but icy Ousel Falls has something to do with it, too. The out-and-back Ousel Falls Park Trail begins near the town of Gallatin Gateway — the “gateway” part is because it’s so close to Yellowstone National Park. It meanders a little over 1.5 miles along the Gallatin River and is a gentle hike with just 400 feet of elevation gain, but you’re going to want to strap on sturdy snow boots to avoid slipping if you tackle the trail in winter. 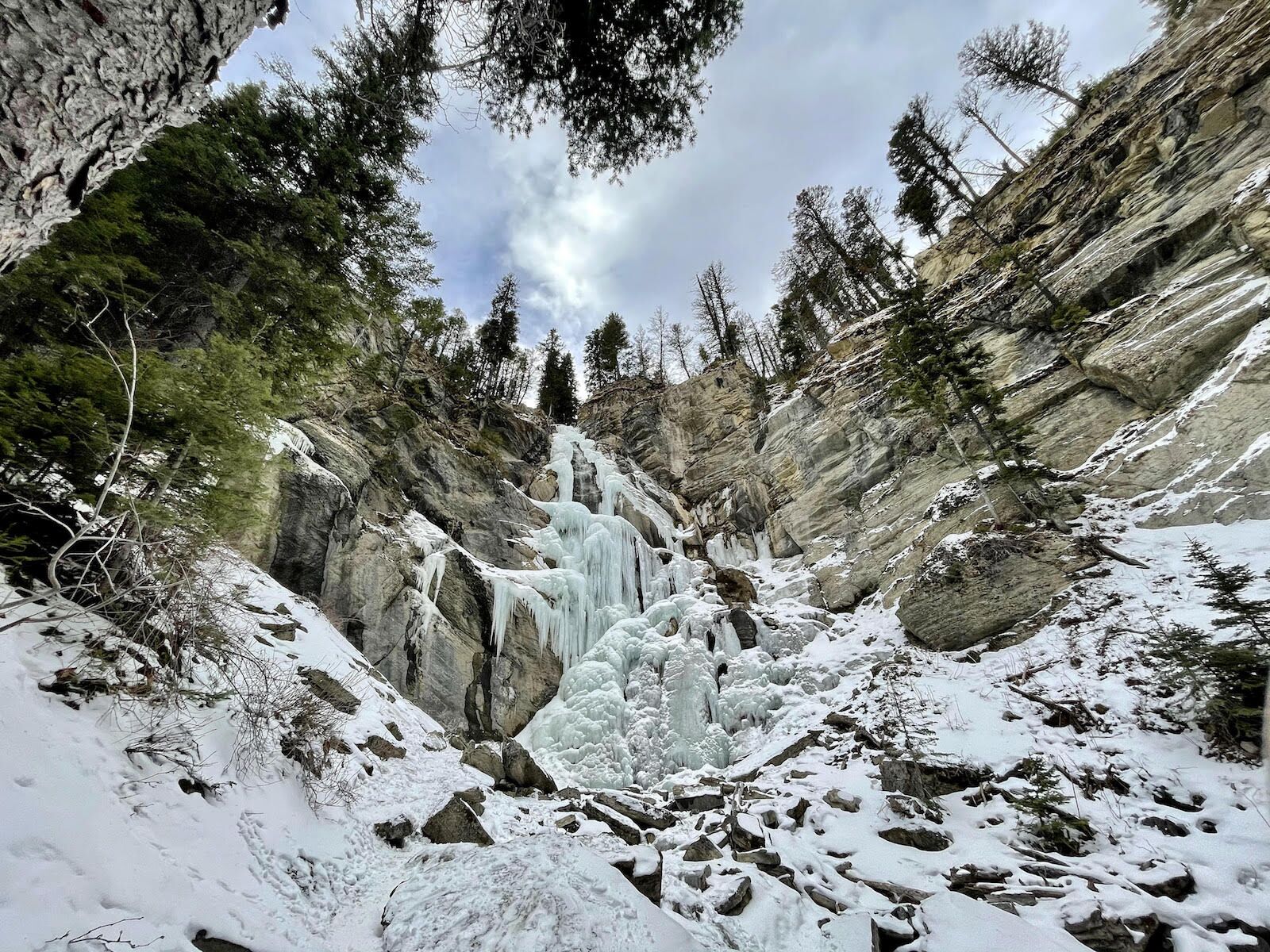 Mid-December through March is a busy time for Cataract Falls, owing to the ice climbers who flock there to scamper up its frozen face. Perfect for beginner and intermediate climbers, it’s not uncommon to see introductory ice-climbing clinics on the weekends. You can still appreciate the falls sans crampons, of course. The hike to get there is hardly half a mile from the Elk Creek Trailhead, about 35 minutes southwest of Augusta. Take your time to appreciate the surrounding Lewis and Clark National Forest scenery as you walk, culminating with views of the 150-foot waterfall.

Memorial Falls sits smack in the center of Montana in the Little Belt Mountains. The trailhead leading to the falls is located just southeast of Neihart, a historic mining town, off Highway 89. The waterfall itself has an upper and lower section, offering onlookers two distinct views. While the lower falls almost entirely freeze over, you’ll probably see water flowing behind sheets of ice when you tilt your gaze toward the upper falls. Both are sights to behold. 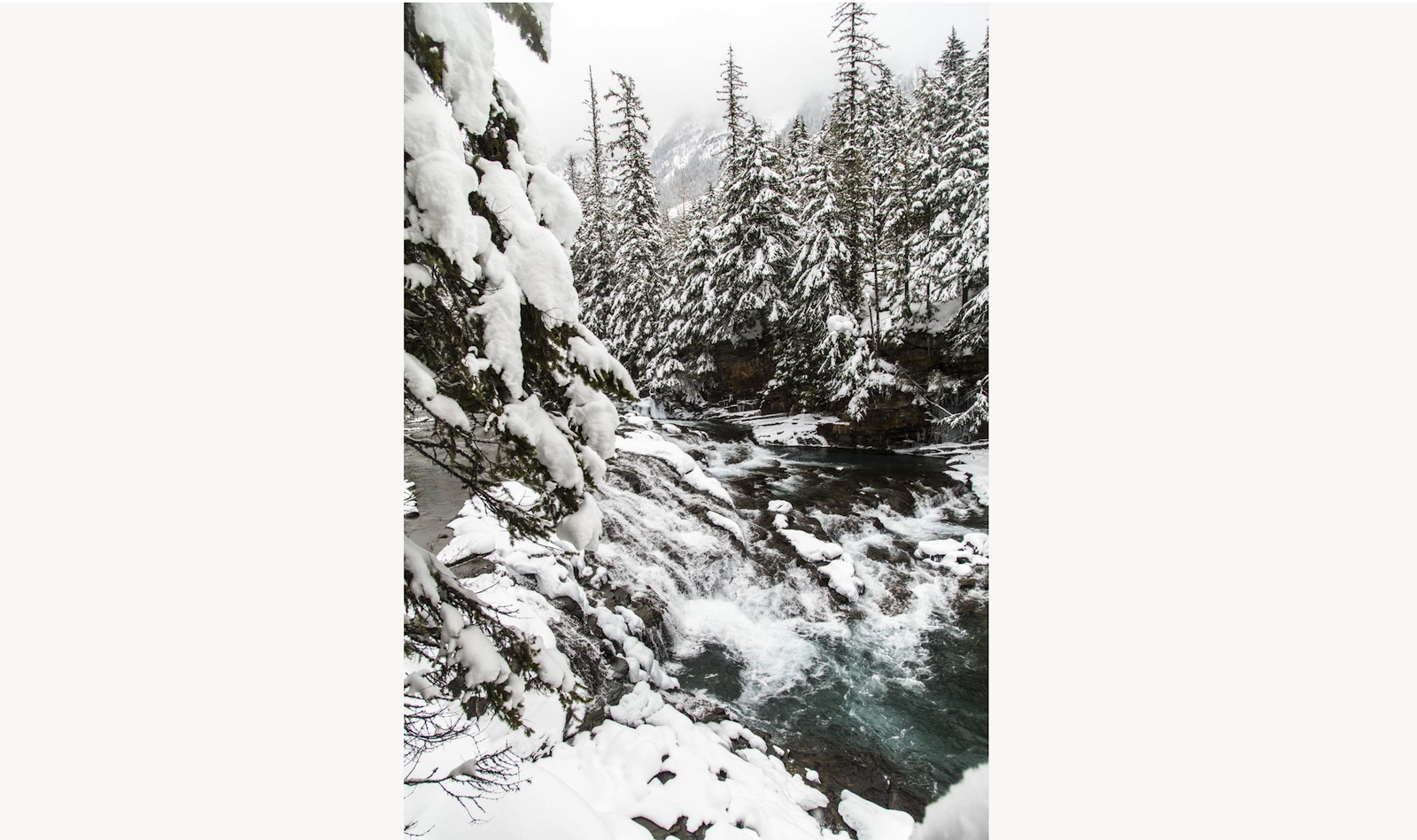 Glacier National Park, Montana’s claim to outdoors fame, plays host to a large network of waterfalls — at least 200 by some estimates. But at the top of the list is Sacred Dancing Cascade, a short and robust waterfall that overhangs a wall of craggy rocks like curtain bangs. You won’t see it fully suspended in the frigid air like the others on this list, but when the spray turns to ice and there’s snow all around, it’s no less spectacular. Follow the moderately gentle two-mile Johns Lake Loop Trail near the park’s West Glacier basecamp to see for yourself. The fall crops up around the halfway point, just past the Going-to-the-Sun Road crossing.

Missoula, Montana, is the new Boulder — minus the hipsters

How to hike the Jefferson Pass Traverse in Glacier National Park