The captive breeding program, praised as one of the most successful in the world, ended in June, and the tortoises have been brought back to their home turf for a much-deserved rest.

From when the program started in the 1960s until this past June, the initiative has been able to reintroduce 1,900 tortoises to their island of origins, where they have thrived and bred naturally. Today, there are more than 2,300 Española tortoises on Española island.

During their reintroduction into the wild, the tortoises were brought from Santa Cruz Island to Española by boat, then carried 1.5 miles inland to Las Tunas, which is believed to be the area most suitable for their survival as it is where the largest number of Opuntia cacti, the primary food for tortoises, is concentrated. 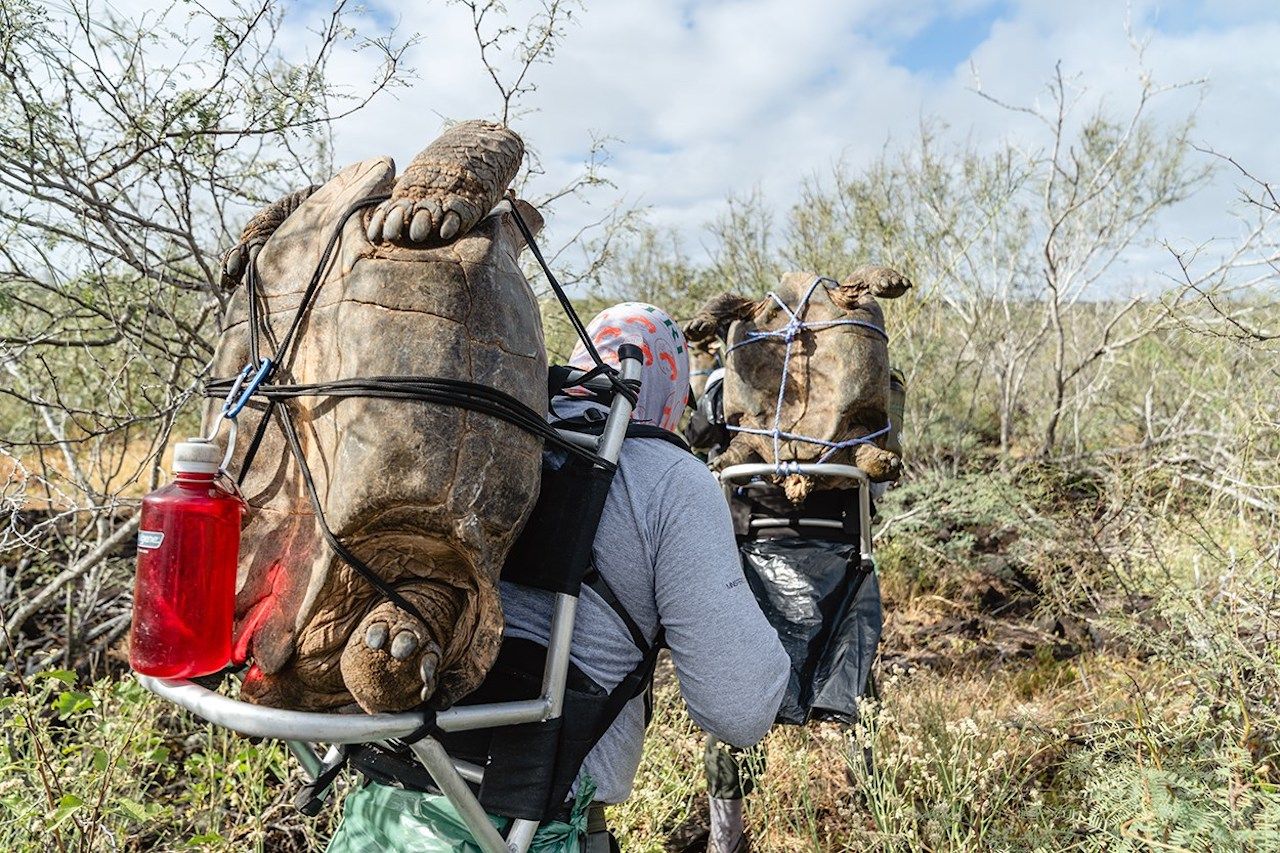 Danny Rueda, director of the Galapagos National Park, said in a press release, “The 12 females, weighing an average of 77 lbs, were carried by a single person, while for the 3 males whose weight exceeded 120 lbs, two people were needed in relays. After the release, the staff remained for approximately four more hours, making observations of the behavior of the tortoises as they settled back into their home.” 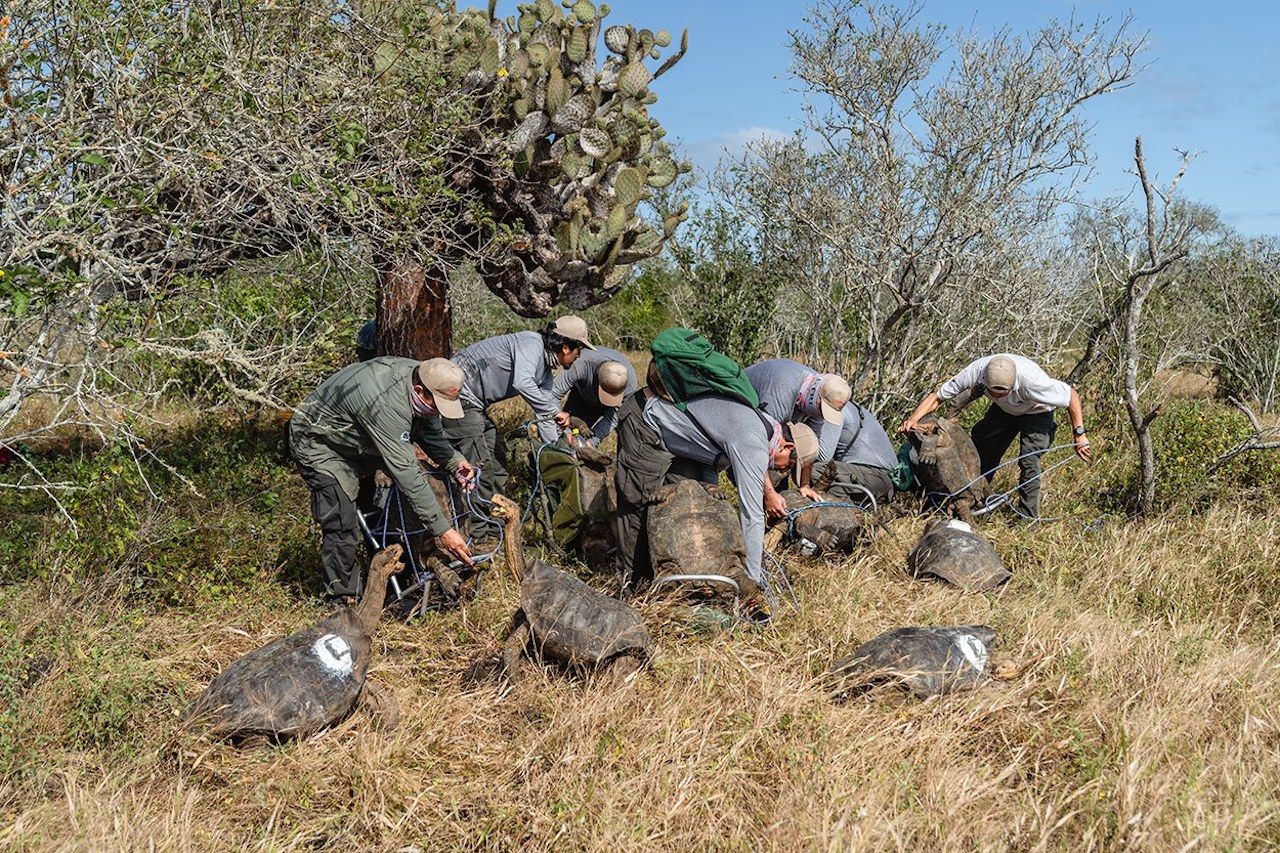 In six months, scientists from the Giant Tortoise Restoration Initiative will monitor the tortoises in person, but for now, they are being closely surveilled thanks to the GPS satellite devices fitted in each turtle and motion-triggered cameras set up in the area.

Beaches and Islands10 Things You Can Do in the Galapagos Islands Other Than Look at Tortoises
Tagged
News Wildlife
What did you think of this story?
Meh
Good
Awesome