There is no body of freshwater on Bermuda, no wells to draw a bucket from, no rivers to quench your thirst, and definitely no melting snow on the tropical Atlantic island. Locals trust the rain for their drinking water, using stepped roofs that look like whitewashed ziggurats to collect every drop and channel it into cisterns. The law even requires every house be equipped to make the home self-sufficient for water use. Given the immense importance of roofs in the island nation, when residents finish a new home, tradition stipulates that they smash a bottle over the roof to christen it. While the practice seems to descend from the breaking of a Champagne bottle over a ship’s hull, the only bottle that blesses a new house in Bermuda is a bottle of Goslings Black Seal Rum.

As the longest continually operating business on the island, Goslings wove itself into the fabric of the Bermuda community over 200 years, becoming integral to the local economy, cuisine, and tourism. Ever since James Gosling washed ashore with £10,000 worth of booze in 1806 and set up a liquor shop in St. George’s port, the Goslings name has slowly become synonymous with drinking in Bermuda. Unlike many destinations that are moving more and more towards small, independent craft spirits, Bermuda’s locals take deep pride in what would appear to an outsider to be a massive commercial sponsorship of an entire island nation. Not only does the brand now make the rum for most of the cocktails on the island, but the company also acts as a distributor for many other spirits, wine, and beer, and it operates the duty-free shops at the airport. The brand also remains the island’s largest export company, shipping dark rum and premixed Dark ‘n Stormies across the ocean. 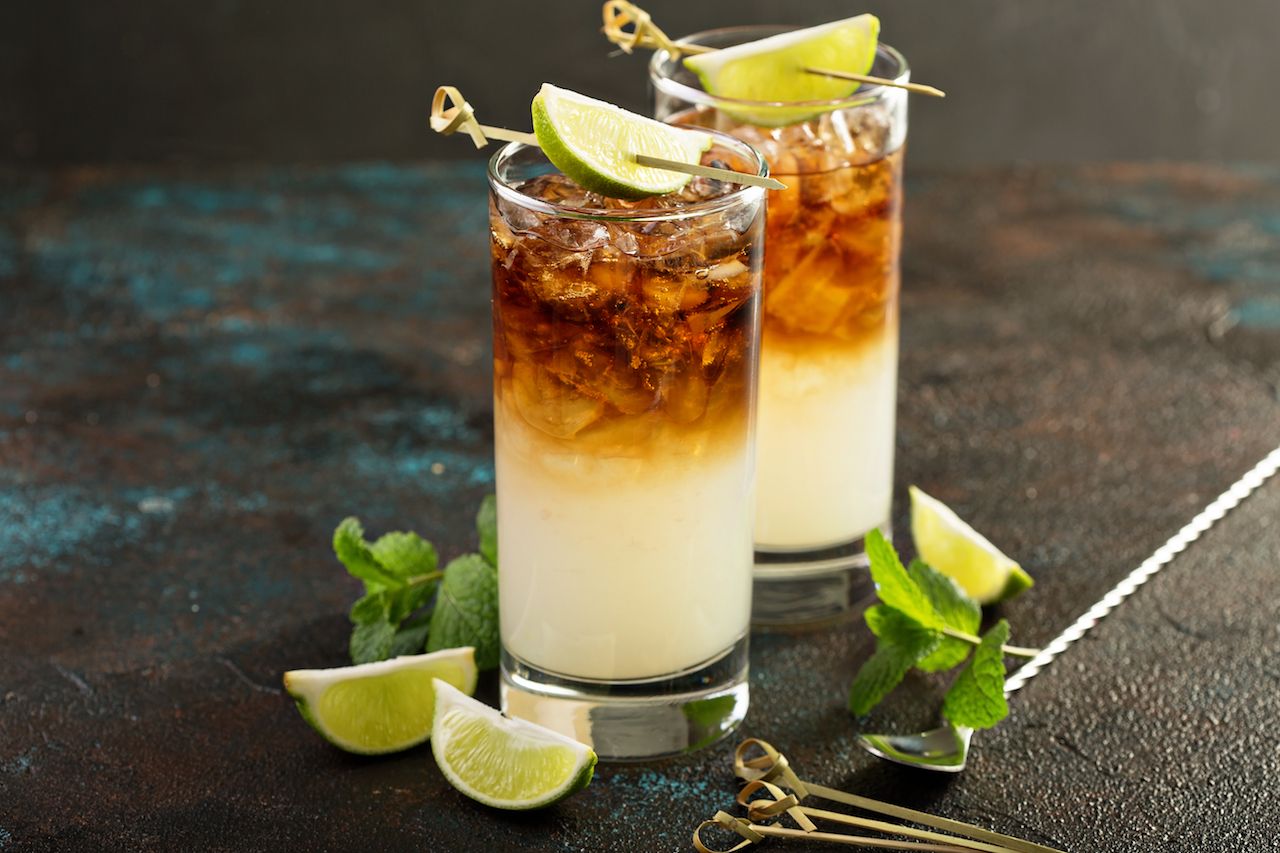 Some 60,000 locals (along with the help of plenty of visitors) carve through about 180,000 liters of Goslings rum every year, not only pouring it into trademark Dark ‘n Stormies (you can’t even call it a Dark ‘n Stormy, legally, if it isn’t made with Goslings) but also mixing up another island favorite, the Rum Swizzle, which traditionally calls for both Goslings Black Seal and Gold Seal rums. The brand is the go-to for pretty much any drinking occasion. As brand director Andrew Holmes puts it, “If you order a Piña Colada in Bermuda, [bartenders] are not going to use a white rum. They’re reaching for the Black Seal.” He adds that another island favorite is a Bloody Mary made with Goslings instead of the usual vodka, and a Rum and Coke nicknamed “Black and Coke.” “If you go order a Black and Coke, the bartender will probably assume you’re Bermudian right away.”

Goslings is especially prominent at big events like the yearly Cup Match, in which cricket teams from either end of the island face off. This year, Holmes says attendees drank thousands of liters over the two-day national sports holiday. Everett Shiell, a local limo driver, recalls seeing the cricket teams at the airport ahead of the match, distributing Dark ‘n Stormies to visitors arriving for the event. He laughs at the guerilla marketing strategy and adds, “You can’t be in business hundreds of years not knowing what you’re doing.” 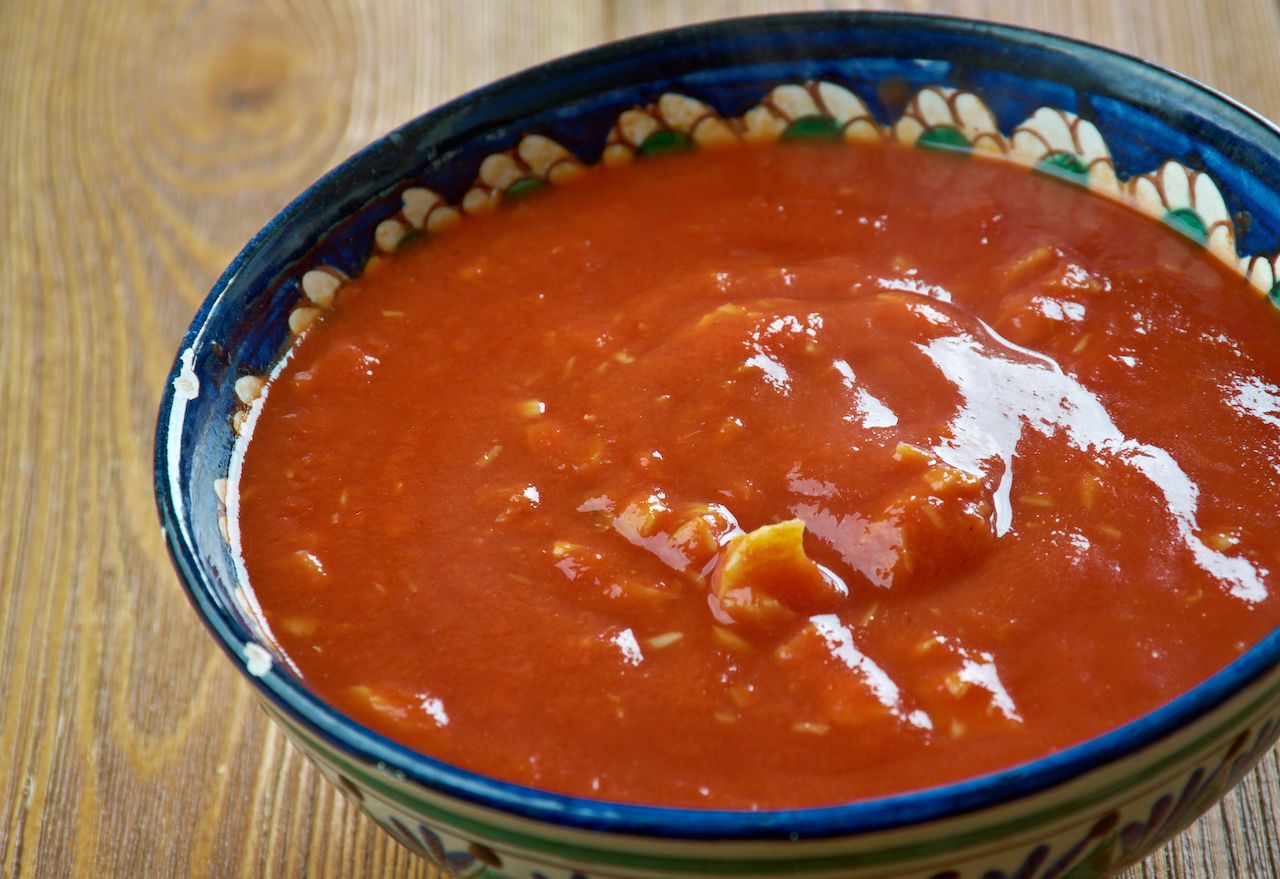 Rum isn’t just for drinking in Bermuda, though. The local fish chowder, available at nearly every restaurant, also incorporates Goslings. Gordon Henry, a bartender at The Lobster Pot (where the fish chowder is famous) has been enjoying dark-rum-infused chowder for as long as he can remember. Cooks include rum in the base of the soup, concentrating the sweet, molasses flavor into the rich tomato-based broth. Since the alcohol cooks off, many restaurants serve the soup with additional rum, either topped off at the bar or available in small cruets at the table. Along with another local brand, Outerbridge’s Sherry Pepper Sauce, the rum spices up the fish chowder until it becomes a heady bowl of flaming flavor. When asked if someone might substitute another rum for Black Seal, Henry looks as if he’s short-circuiting, finally stammering, “It would be impossible. You could only use Goslings.”

But of all the ways you can find to use a bottle of black rum, the explosive show of smashing a bottle on a new house, called a “roof wetting ceremony,” speaks loudest to the unique culture that has sprung up around the brand. “Everyone who builds a new house from scratch… has a roof wetting ceremony,” explains Paulo Arrada, who worked in construction for years on the island, “and traditionally you use Goslings for the ceremony.” Arrada isn’t sure about the origins of the tradition, but he does have an idea about the reason it has remained popular: “It’s basically a big party for the construction crew.” Henry is a bit more precious with his rum, pointing out that pouring a touch of Black Seal out of the bottle will leave you equally blessed and with a nearly full bottle of rum to boot. 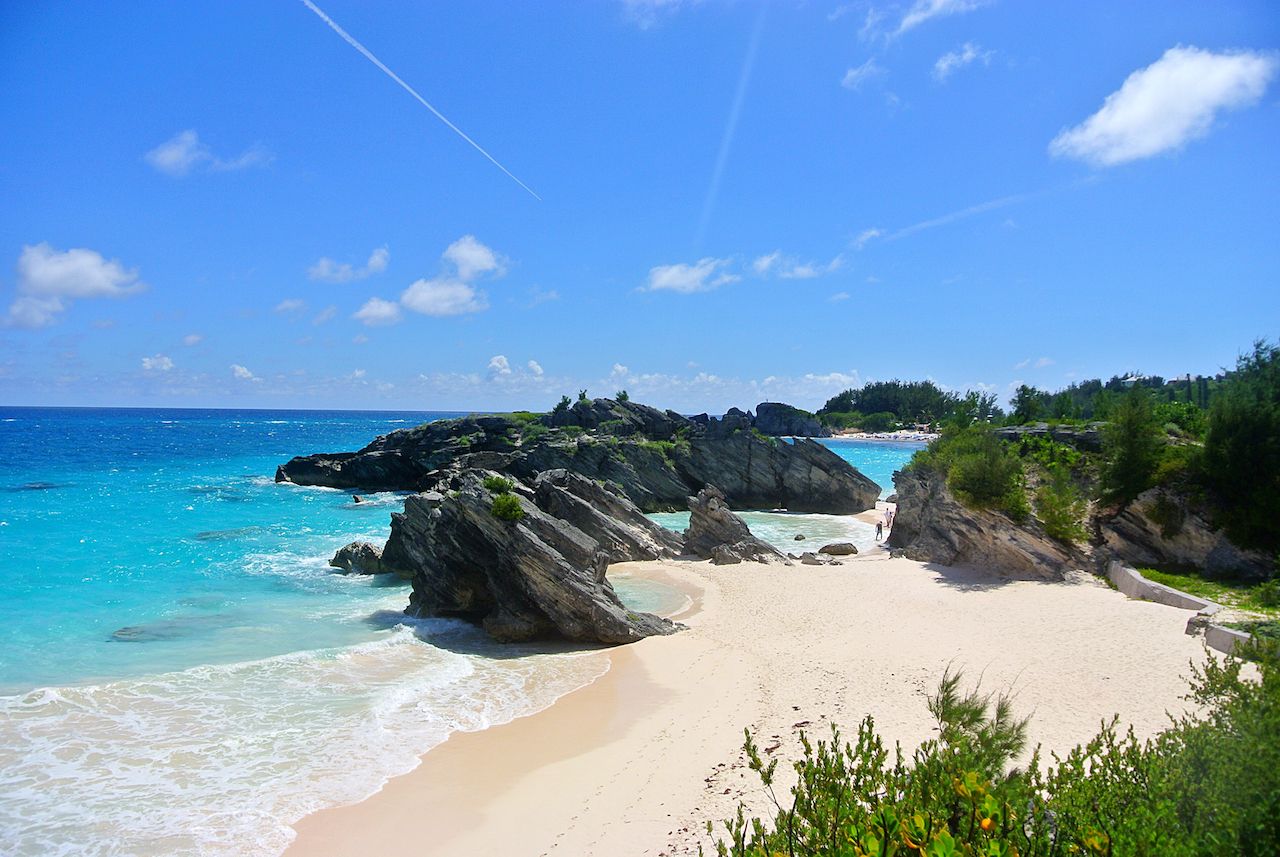 Setting aside the rituals and drinking customs on the island, Goslings is more than just a point of pride for Bermudians — it’s part of their identity. “The brand means a lot in Bermuda,” Arrada says, not only as a staple on home bars for Dark ‘n Stormies with every meal, not only as a local delicacy or for housewarming celebrations, but also as a representative of Bermuda abroad, bringing the “spirit of Bermuda” to rum drinkers everywhere.

How To See the Best Bermuda Caves, Including Several You've Never Heard Of

Everything You Need To Know About Visiting Bermuda This Summer