There are more than 7,000 breweries in the US, and the number is only growing. In some parts of the country, it feels like a new craft brewery opens up every week. Only one city, however, rightfully goes by the moniker Beer City USA, and that’s Grand Rapids, Michigan.

Grand Rapids has it all when it comes to the world of craft brewing, from classic, decades-old craft breweries to young upstarts. When the city originally became Beer City USA in 2012, it had 13 breweries. Today, it has nearly 40. From epic tasting flights to chilled out taprooms, it’s quite easy to get comfortable. That didn’t all happen overnight, though. 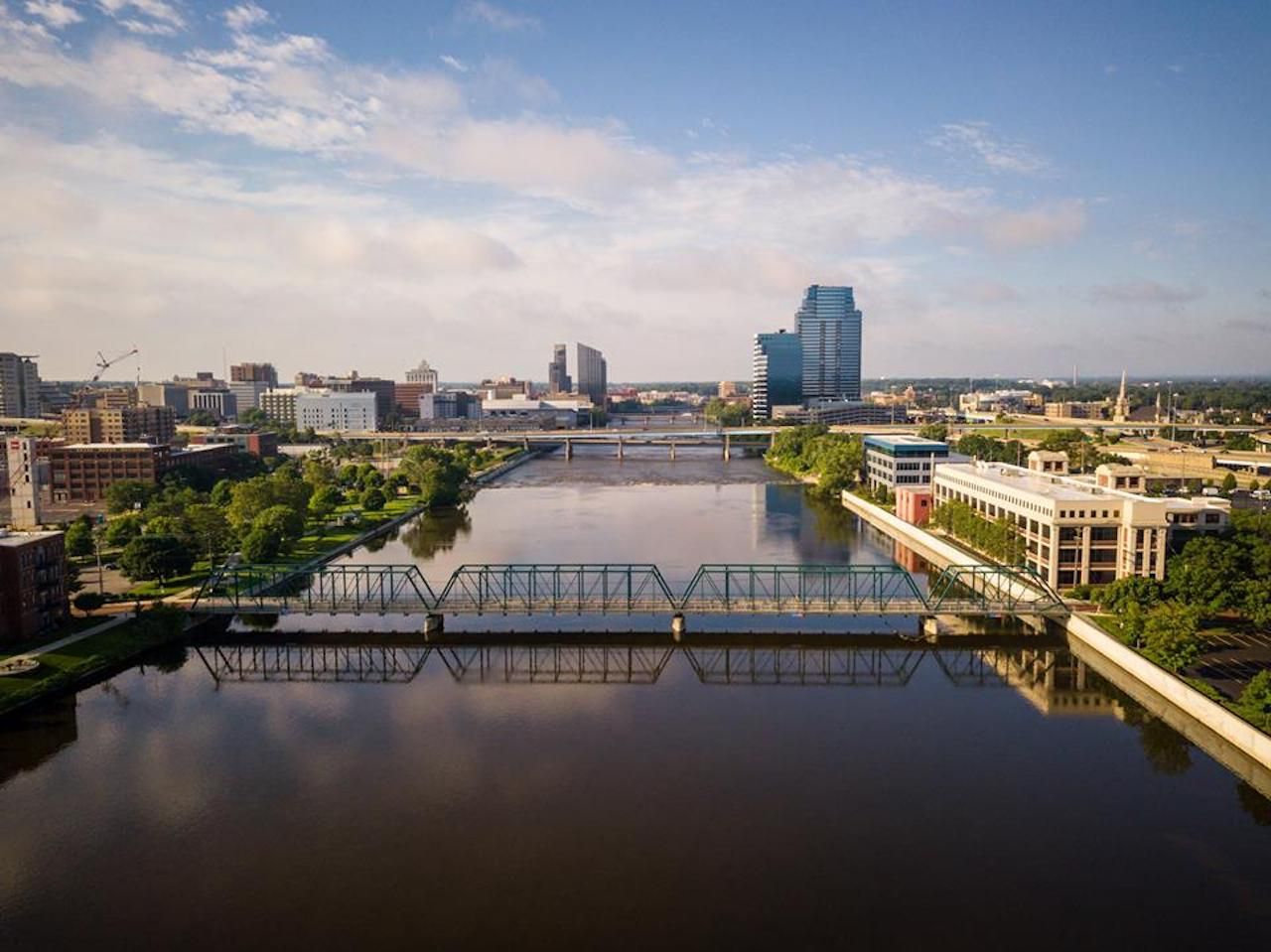 Throwing it back to the turn of the 20th century, Grand Rapids already had quite the effort going. In 1849, the city’s first brewery — aptly titled City Brewery — was opened by a German immigrant named Christoph Kusterer, spurning a budding movement of breweries in the area. In 1893, six of them combined into the Grand Rapids Brewing Company, which rose to prominence as a dominant force of carbonated deliciousness as the century closed.

Another of the city’s early beermakers was G&C Christ Brewery. Nearly as old as Grand Rapids itself, Christ got its start not long after the city incorporated in 1850. It was one of four major breweries supplying Grand Rapids with beer at the end of the Civil War. In 1875, the city’s breweries reached an average annual output of 16,000 barrels. Employing more than 150 men citywide, the brewing industry had a total production value estimated at $600,000. But, even with their successes, advancements in transportation practices and pasteurization meant Grand Rapids brewers had to compete with out-of-state brewers like Anheuser-Busch. 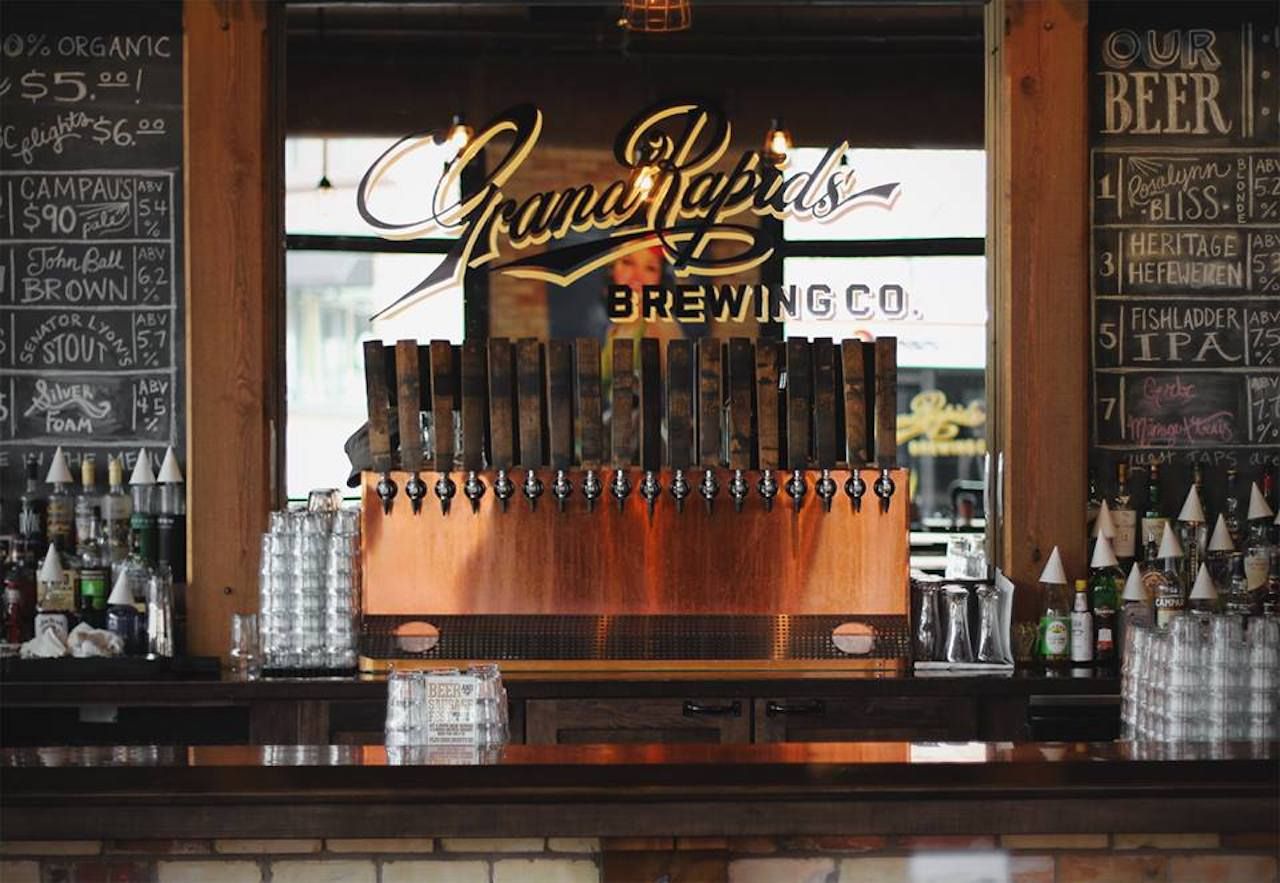 Then Prohibition came along in 1920 and shut down large and small breweries alike. Even though Prohibition ended in 1933, it took time for the Grand Rapids beer scene to start up again. Some in Grand Rapids attempted to revive the city’s beer-making culture in the 1940s and 1950s, but the city maintained its dry spell. It wasn’t until the late 1990s that beer returned to its former glory in Grand Rapids. Today, you can visit the new Grand Rapids Brewing Co., which is located not far from the original location. The new brewhouse honors its forerunner with a twist on the classic lager it brewed back in 1893. 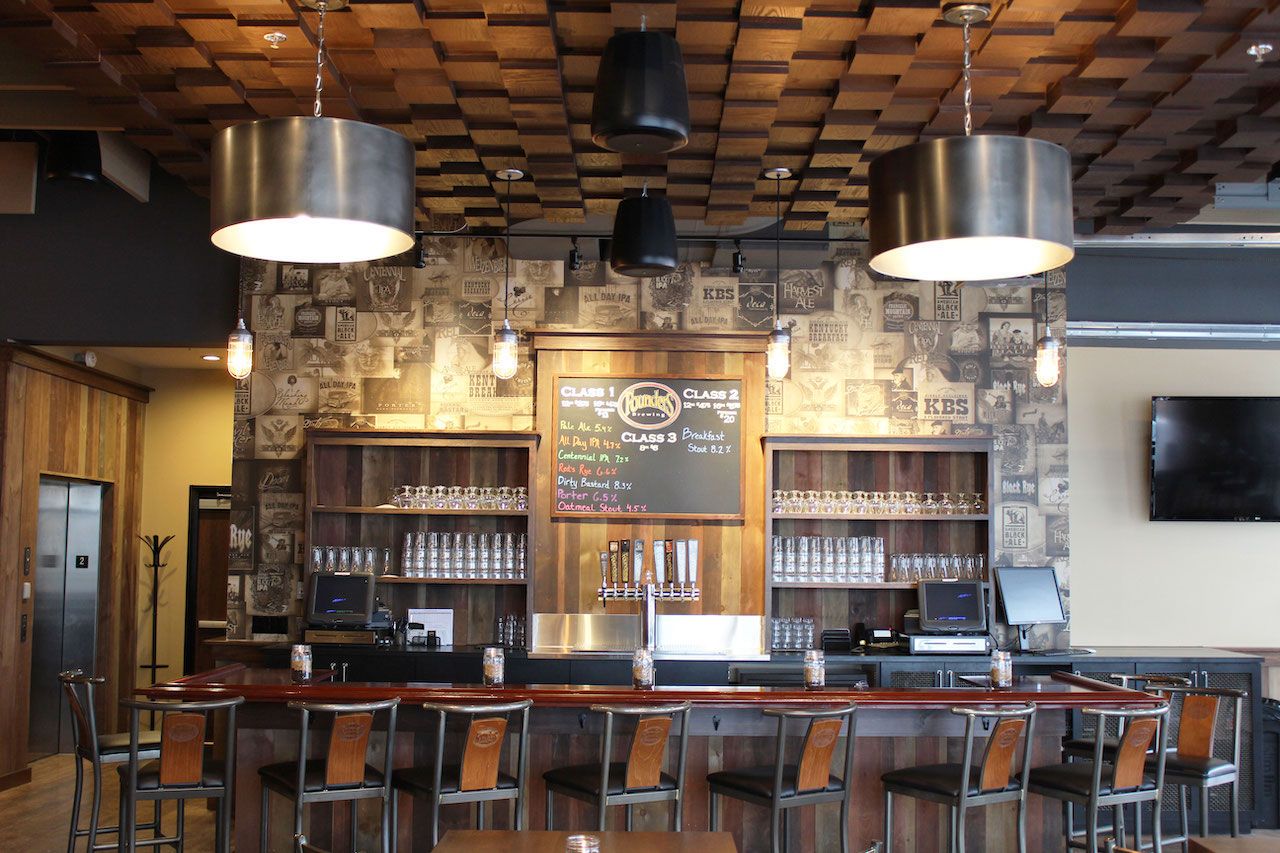 The 2008 financial crisis hit the Midwest particularly hard. Mounting job losses throughout the state of Michigan impacted tourism to Grand Rapids and the nearby beach towns along Lake Michigan. City planners recognized an economic opportunity in the city’s growing craft beer scene, led by Founders Brewing Co. which opened in 1997. It moved to embrace the economic opportunity of beer almost from the beginning, using it as a way to bring people in when there wasn’t much growth happening in the region.

At the time, there were 1,396 breweries in the country, only a small handful of which were in Grand Rapids. The city’s tourism initiative launched a variety of programs to promote and support Grand Rapids’ craft beer scene, eventually building it into one of the top draws to western Michigan. Founders witnessed the beginning of America’s craft brew obsession and used its rising popularity to help its hometown build a reputation as a destination for the rising craft beer craze.

Founders helped launch Grand Rapids’ “Beer City” reputation, but it’s far from the only game in town these days. 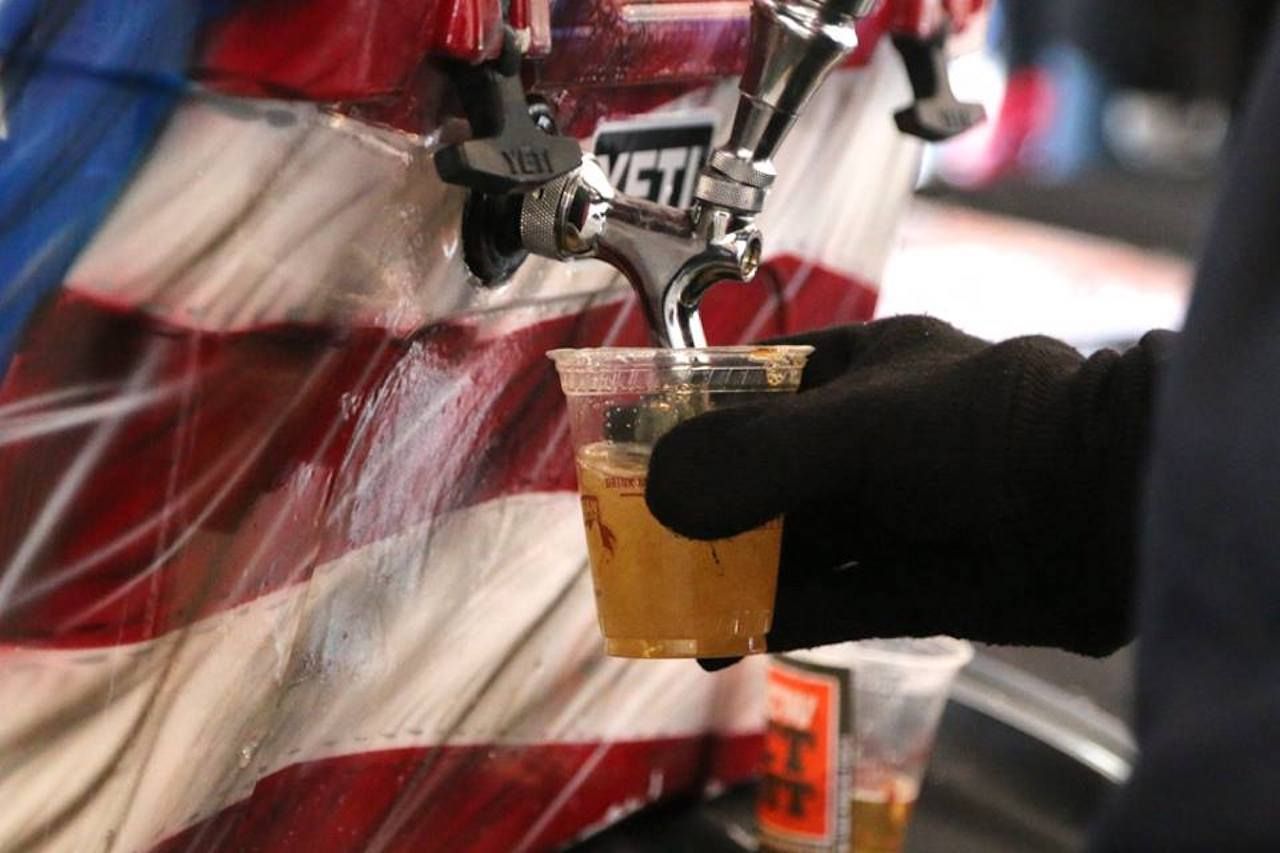 Today, more than 40,000 beer tourists visit the city each year, following the tourist initiatives set forth by the city. The Beer City Brewsader app is among the most popular, allowing users to collect passport stamps from eight of the area’s breweries to earn a Brewsader t-shirt. Grand Rapids also offers various transportation options for safe travel while you’re tasting craft beer around the city.

GR Beer Tours provides a guided brewery hop experience while Beer City Runner allows you to hop on and hop off at taprooms throughout town. You can also plan your trip to Grand Rapids around one of the city’s annual craft beer festivals. The Winter Beer Festival, put on by the Michigan Brewers Guild, is an iconic winter event along with Founders Fest, which takes place each June. Beer Month GR, hosted by the city’s tourism bureau, highlights local craft efforts throughout the month of February.

These days, the city draws students from around the nation interested in learning the craft of brew. At Grand Rapids Community College, the Fountain Hill Brewery is operated by students studying towards their Craft Brewing, Packaging, and Service Operations certificates — and if you visit on a Wednesday or Thursday evening, you can put their study skills to the test in the taproom. 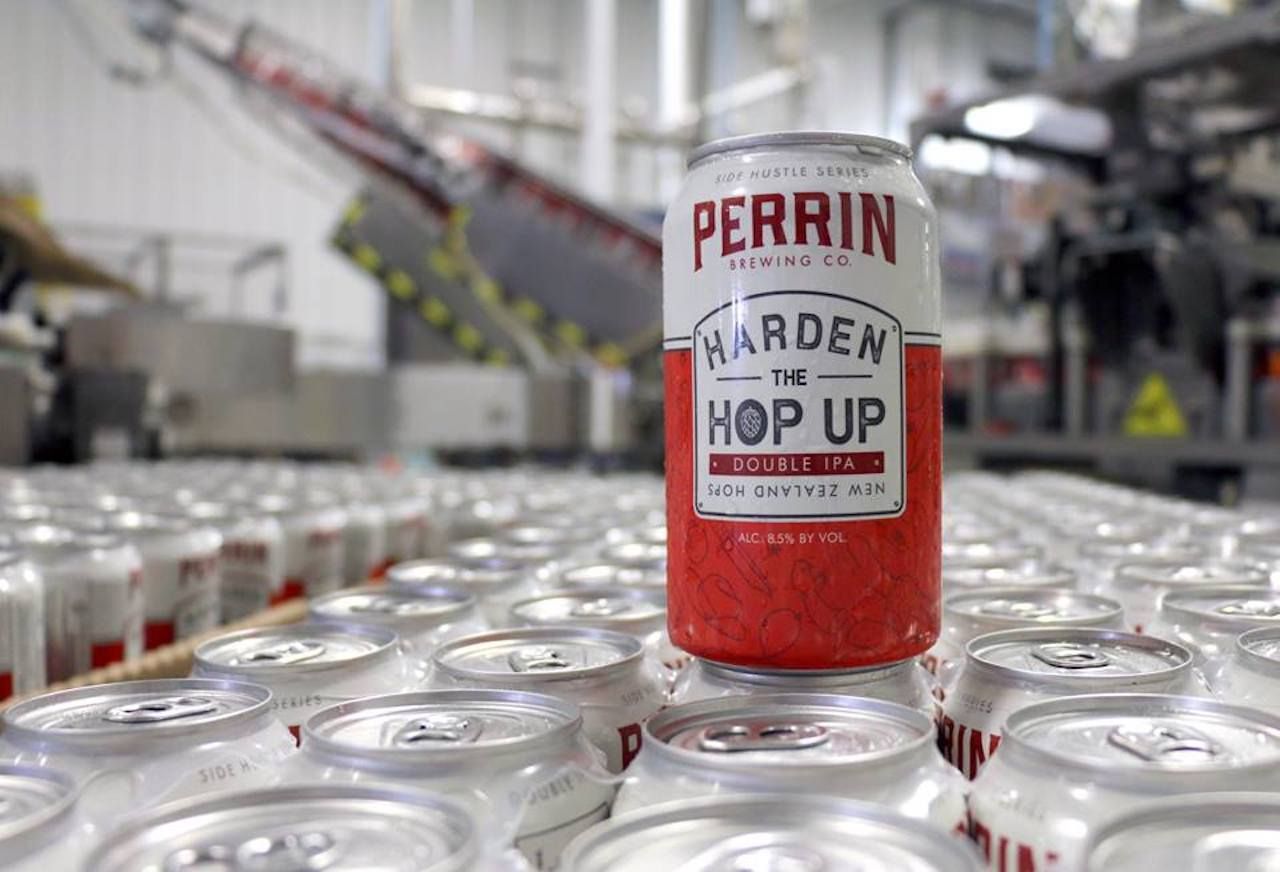 In spite of its popularity, craft beer still has its haters. Purists like to throw out the “if it ain’t broke, don’t fix it” ideology, maybe cracking open a Bud Light as they smirk. And, when you can find a decent craft beer anywhere in the country, why would someone make the effort to come to one specific place to have one?

The answer, in Grand Rapids’ mind at least, seems to be “adventure.” From the big brewers like Founders down to the 340-square-foot brew floor at Greyline Brewing — which produces less than 1,000 barrels per year — the city’s beer legacy is built on innovation. There’s a bit of childhood nostalgia in the Chocolate Strawberry Milk Stout from City Lights Brewing and a dose of camaraderie in the pub ales from Brass Ring Brewing. Perrin Brewing, just north of the city center, is part of the nationwide CANarchy organization, a collective of craft brewers around the country fiercely dedicated to the progression of independent brewers. 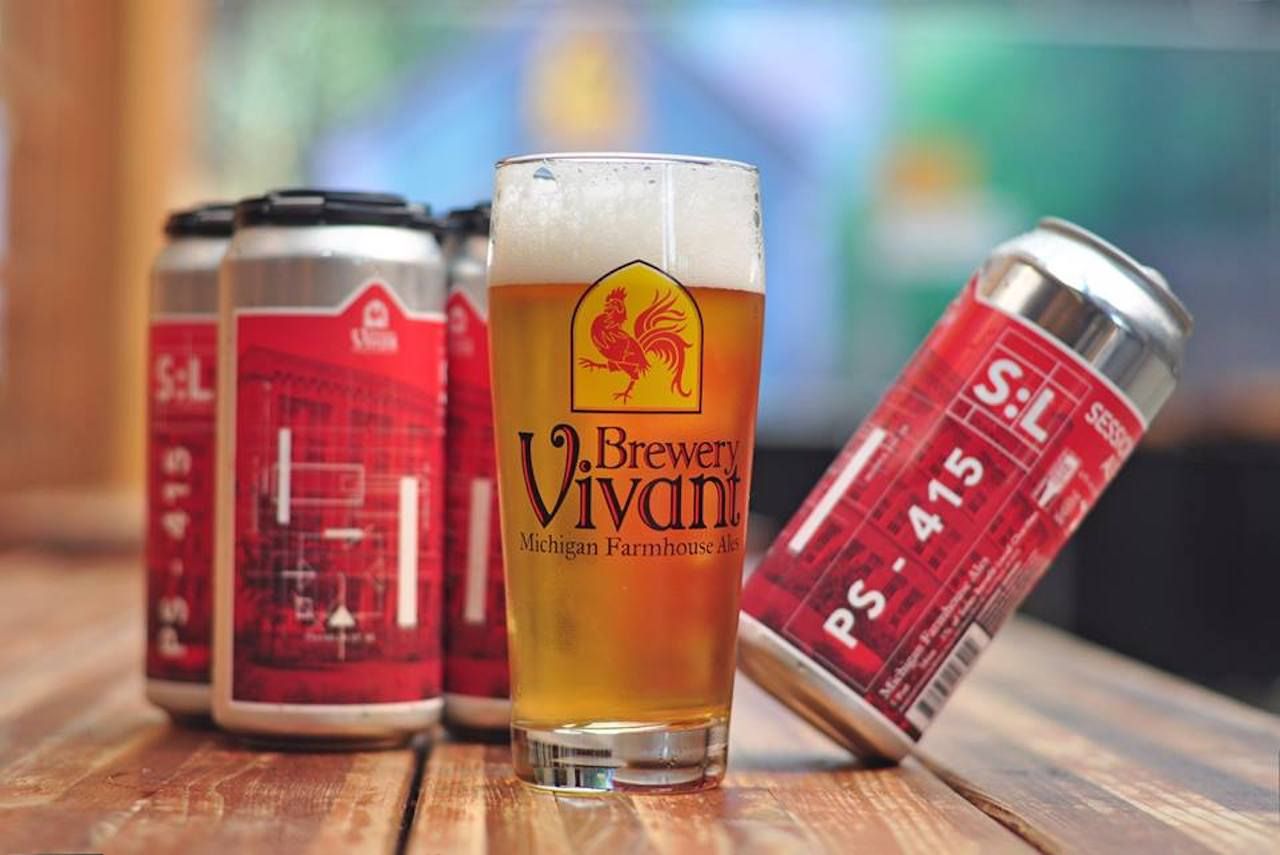 They also take notes from acclaimed beer scenes around the world. Take the city’s Brewery Vivant as a prime example. Passionate about Belgian and French styles of beer, this spot specializes in farmhouse beers shaped after a trip to the French-speaking Belgian countryside. The brewers visited numerous small farmhouse breweries and found inspiration in Wallonia, Belgium. They’re also the world’s first LEED-certified microbrewery, emphasizing sustainability over mass-production. This attitude, a value of quality over quantity and of continually improving the product, the process, and the experience, is what put Grand Rapids beer culture over the top.

BeerThe 9 Most Underrated European Cities for Craft Beer Lovers
Tagged
Beer Insider Guides
What did you think of this story?
Meh
Good
Awesome

14 Signs You Were Born and Raised in Grand Rapids, MI

The Ultimate Kid's Guide To Having Fun in Grand Rapids

27 Little Things You Will Miss When You Leave Grand Rapids