“I don’t think we should ever shake hands ever again,” Anthony Fauci, director of the National Institute of Allergy and Infectious Diseases and member of the US Coronavirus Task Force, said last month.

Calling it a habit “we’ve got to break,” Fauci went on to call handshakes “one of the major ways that you can transmit a respiratory illness.”

This is not the first time the handshake has been questioned. During the SARS outbreak several years ago, many places put a pause on handshakes. In many US schools, fists bumps between students and teachers replaced handshakes — and the change has been permanent.

Yet in most of the world, the handshake has been a persistent feature of social and corporate life. Particularly in the business world, it’s seen as a prerequisite for negotiations and deal-making.

“The handshake, along with the smile and eye contact, are the key areas to engaging with people,” said Philip Sykes, Principal at The British School of Etiquette, in a conversation with Matador. “It depends on where you hail from, but predominantly in the business world. And I think it’s become the norm in many countries to greet someone with the extension of a hand and a handshake.”

Yet in the face of this pandemic, and with the threat of new viruses in the future, it may be time to wave goodbye to the handshake. Fortunately, we can draw upon plenty of examples from around the world on how to greet people.

One thing we won’t miss is the power plays that are sometimes built into the handshake. While a firm handshake is best, Sykes cautions against using it to establish dominance. “It’s not a bone crusher, because no one wants to come across as being too dominant.”

“I think there’s something in a handshake which is human connection,” says Michael*, a London-based entrepreneur who has worked professionally on five continents. “When you look someone in the eye and you shake their hand, it’s part of relationship building and the human connection.”

He acknowledges, though, “There are some people who will use a handshake as a sign of power. They’ll squeeze your hand, or I’ve had a couple of handshakes where someone’s tried to turn their hand on top of mine, sort of like they’re already positioning.”

Moreover, even in the business world, the handshake is often relegated to men. From Argentina to Austria, the handshake comes only with the first introduction to female colleagues. After they’ve established a relationship, female workers are expected to kiss their other colleagues on the cheek.

In Switzerland, the workday begins with greetings to your fellow employees: a firm handshake and look in the eye between male colleagues, and the three left-right-left cheek kisses for the women. Beyond the difficulty of establishing proper eye contact in between air kisses, the distinct greetings establish a subtle difference in how different gendered colleagues relate.

Other cultures can teach us alternatives 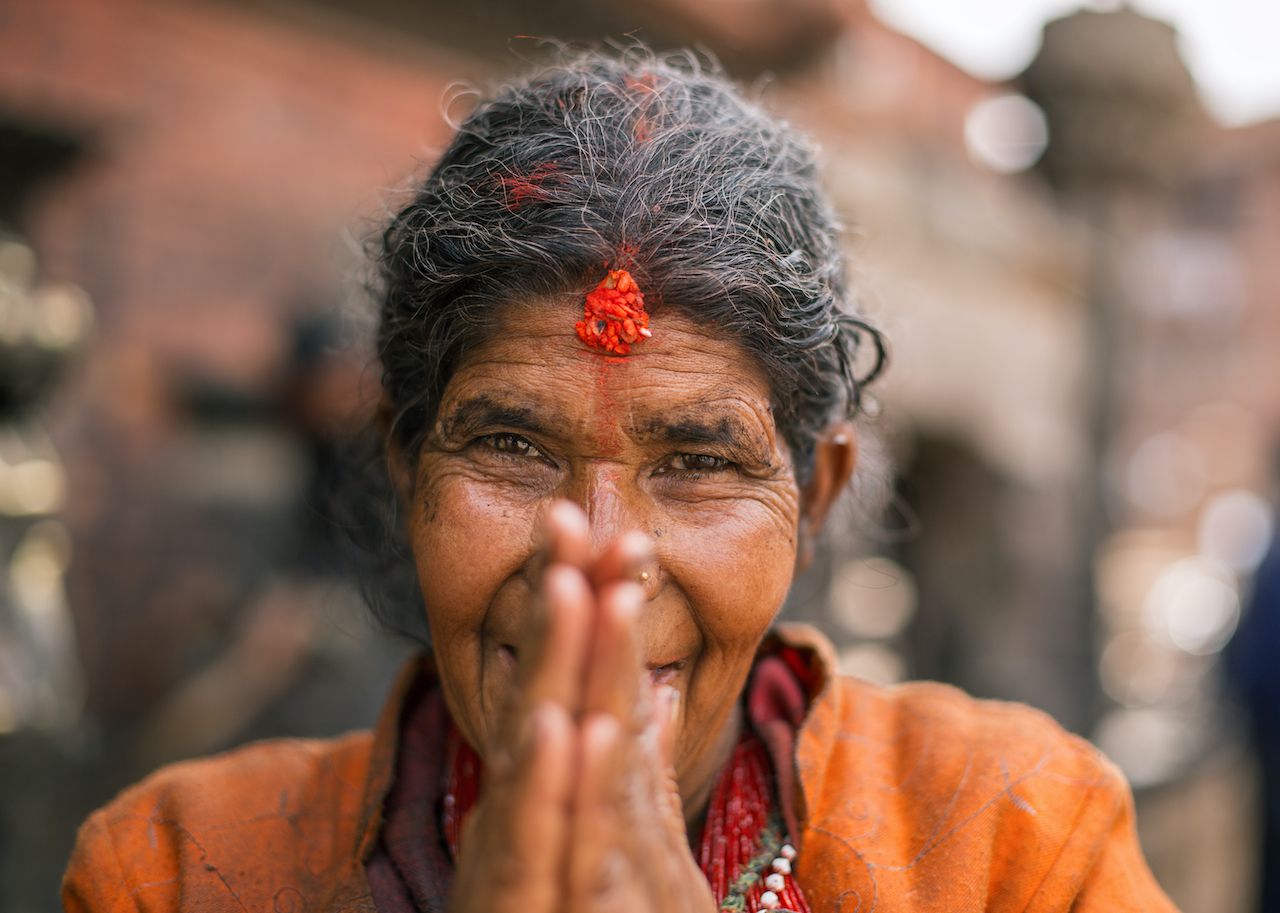 At a time when even the fist bump has gone by the wayside, the question becomes how we can connect to each other. In an effort to distance while holding onto a vestige of physical contact, we’ve seen the world trying out the awkward elbow-tap.

Sykes is not a fan of the approach. “I think the touching elbows and the touching of feet, it’s gimmicky. I don’t think there’s much depth in it,” he said.

In the absence of physical contact, eye contact can take its place. “Your eye contact is about building trust. About looking into the other person’s eyes, being able to connect with that person. It shows respect as well,” said Sykes.

Sykes recommends to his clients and friends the hand on the heart.“The hand of the heart is my first go to, and I’m sort of sharing that with people,” said Sykes. “You see in the Muslim faith and certain Arab cultures, they often tap their heart twice when they meet you. It’s a lovely gesture because it’s the heart and the soul, and we connect obviously through our emotions. That for me is the number one go-to.”

The other one would be a namaste, a Hindu salutation common in India and other Hindu countries, and known to yoga practitioners around the world. “I think that’s always a lovely one. The two hands together, just near your chest, and a slight little head nod as well. Again, I think it’s a nice way to connect,” said Sykes.

Either way, the point is to look someone in the eyes, but not to stare. “I’d make sure I’m connecting with my eyes, long enough to know what the color of your eyes are,” Sykes said.

While Sykes also appreciates the Japanese bow, he feels it’s better suited to a social context. “I think a bow is an incredible way to connect with people. On a business level, unless you are Japanese or connecting with the Japanese, I wouldn’t really go towards the bow.”

Michael agrees. While he feels a bow of the head is respectful, a bow from the waist can denote deference in some cultures. “You bow in front of your god, you bow in front of royalty,” he said. “That’s why I think bowing would be hard for some people, because it has connections with subservience.”

Michael’s choice would be namaste: “It’s gracious, and it’s beautiful in the way you clasp your hands and you bow your head and you look at someone.” Yet he adds, “But that’s a particular part of the world.”

Building a new language of greeting 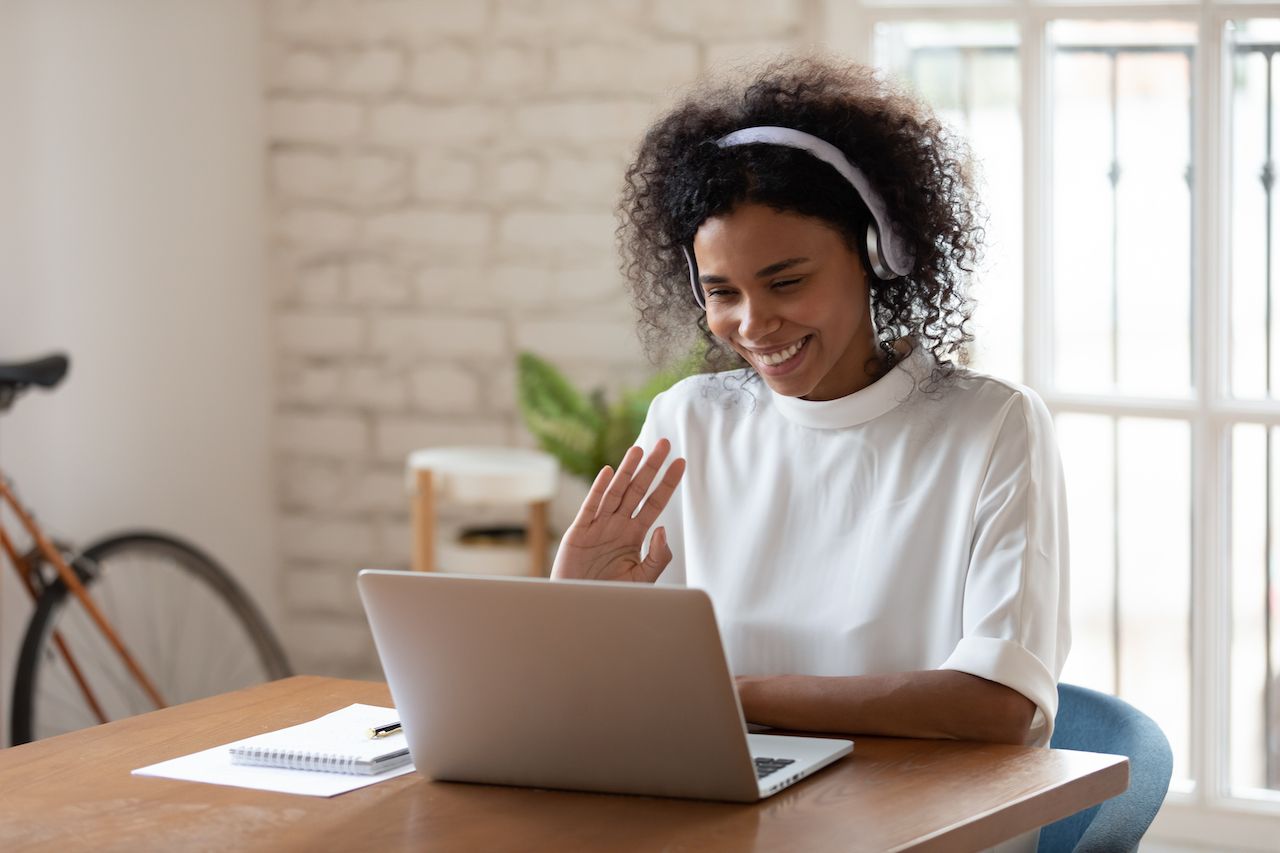 Michael says that it’s important to find a greeting that will work across cultures. “It would have to be understood, you’re kind of creating a new cultural habit.”

In fact, now is the perfect time to create those new habits since we are all greeting each other remotely anyway. Even if you wanted to start a meeting with a handshake right now, you probably couldn’t — because your meeting is via Zoom.

Rather than using video-conferencing as an excuse not to have a formal salutation, you should be extending the same courtesies to your video audience, says Sykes. Even through Zoom, he recommends a thoughtful tone, as in, “Good morning. How are you?”

And when it’s time to end his Zoom call, Sykes said, “If I’m saying goodbye to my audience, I may do the namaste. I may also then go to the hand to the heart, so it might even be a combination.”

Looks like you really don’t need that handshake after all.

*Source’s last name was requested to be withheld.

SustainabilityWhy Coronavirus Conspiracy Theories Are so Dangerous for Both Humans and Wildlife
Tagged
COVID-19 Culture Wellness
What did you think of this story?
Meh
Good
Awesome