Germany has some strange laws. It’s forbidden to make noise on Sundays, for example, and it’s illegal to run out of gas on the Autobahn. And then there’s the law governing one of the country’s most famous exports: the Reinheitsgebot, or the beer purity law.

“Thou shalt use no other piece than barley, hops, and water for making beer,” decreed Wilhelm IV, Duke of Bavaria in 1516. This rule was created as part of a general beer tax law for two key reasons: to protect the availability of grains and wheat for bread, and to keep ingredients out that might disguise a rotten beer.

This 1516 law has remained largely unchanged over its 500-year history. The most notable updates are the addition of wheat and yeast, the latter of which was only discovered in the 19th century. A Bavarian politician in the early 1900s coined the term we use today, Reinheitsgebot, a term which has developed into a household name among Germans, beer lovers, and brewers as a marker of quality and consistency. Even outside Germany, some breweries have adopted the Reinheitsgebot standards as part of their marketing, such as Bierstadt Lagerhaus in Denver, Penn Brewery in Pittsburgh, and Namibia Breweries in Windhoek, Namibia.

It’s fair to say Duke Wilhelm probably never imagined his simple tax law would go on to become a trademark of the world-renowned German beer scene, but hey, when a brew is built on the promise of simple, quality ingredients, it’s bound to catch on. 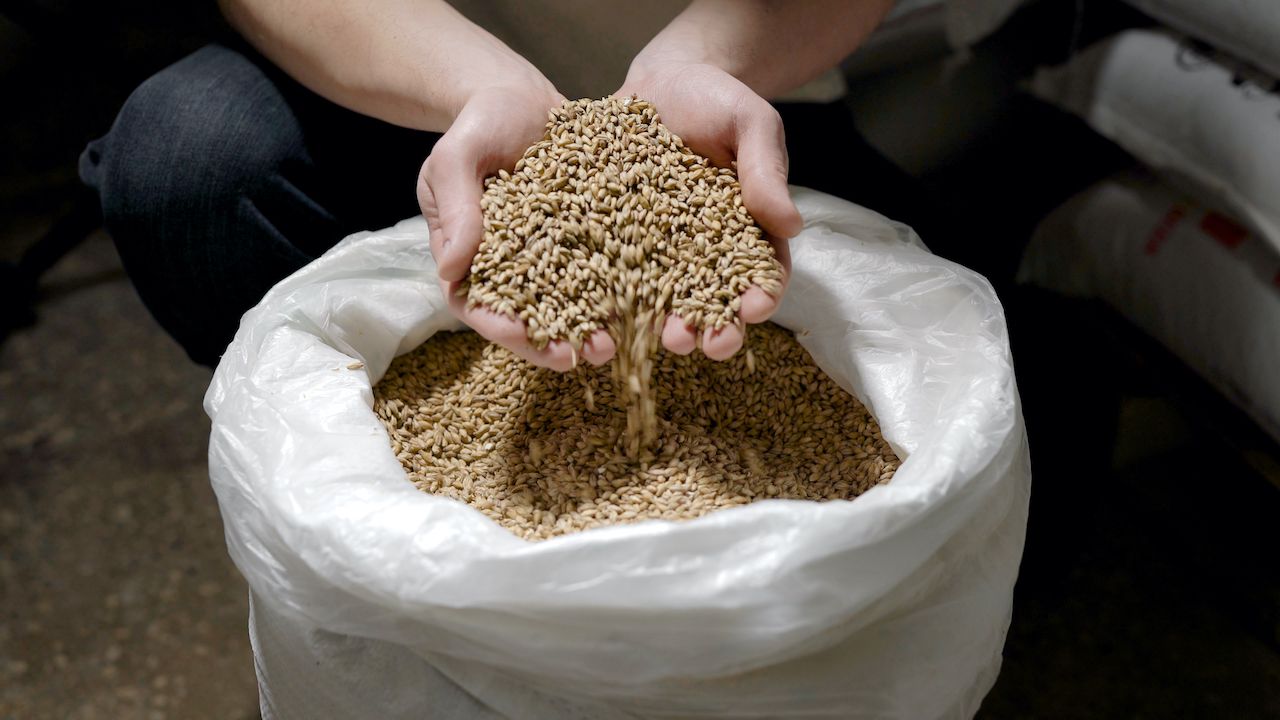 German brewers are famous for their lagers, which are beers that use bottom-fermenting yeast and take more time and temperature control than top-fermenting ales. Pilsner is the most widely drunk variety, as well as helles, bock, and the seasonal marzen that’s popular at the country’s biggest beer festival, Oktoberfest. You can also find regional beer styles around the country that follow the Reinheitsgebot principles such as the kölsch in Cologne and the rausch in Bamberg.

But the law isn’t equal across the country, according to Bavarian beer lover Christian Klemenz, the CEO and founder of speciality beer shop Bierothek, which has locations around Germany.

“Most breweries do follow the law, however there is a difference in how the states apply the law,” he says. “Bavaria is notorious for applying the law very strictly. It’s very difficult and rare to get an exception to the law there. In other areas like Berlin, it’s easier for a brewery to approach the authorities and get permission to make a beer that doesn’t adhere to Reinheitsgebot.”

Even the majority of craft brewers in the burgeoning German craft beer scene adhere to the Reinheitsgebot, which can feel limiting when competing globally against craft brewers that are pushing the boundaries with added flavors and experimental ales.

“There is a discussion within the craft beer scene that they want the law to change or to be adapted at least,” says Klemenz. “They want more flexibility.”

While some argue for modernization, fifth-generation brewer Michael Miller from Schwanen Brewery believes the four ingredients are all you need to make a delicious drink. Brewers just need to tap into their creativity.

“We have over 70 types of malt, over 300 types of hop, over 150 different types of yeast, and all the different small steps in the brewing process such as temperate, time, amount, and ratios,” Miller says. “So if you can’t manage to brew your own unique beer, you shouldn’t be a brewer.”

In Germany, varying commitment to the Reinheitsgebot 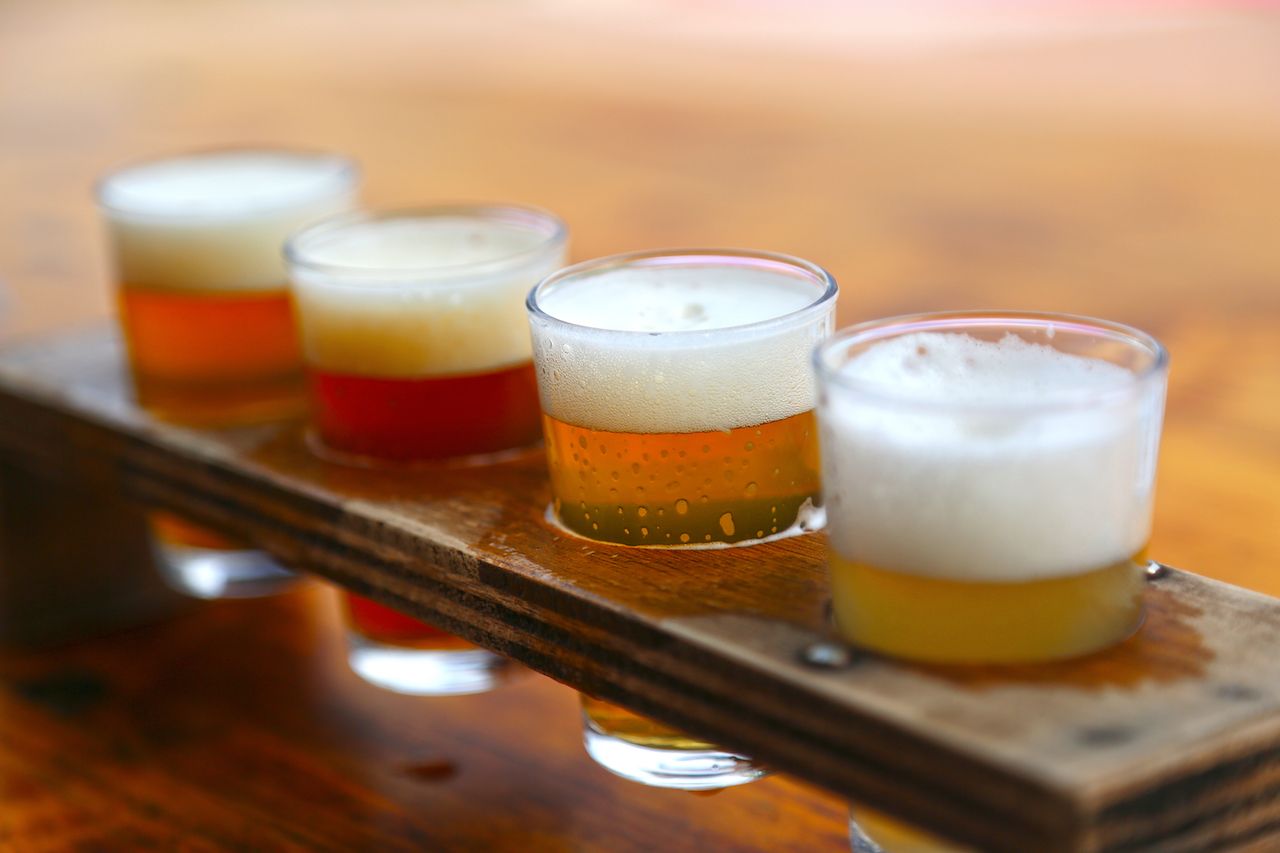 Recently, regulators introduced small adaptations such as allowing the use of natural sugar for flavor and colors. For example, if a brewery brews a lighter beer, it’s allowed to add a beer concentrate to make it darker. While this sounds artificial, it is — slightly controversial — all above board according to the current Reinheitsgebot definition.

To ensure brewers are staying honest, inspectors regularly inspect breweries, take samples, and purchase beers to test the contents in a lab setting. While brewers are not required to label their beers as following the 500-year guidelines, many choose to add the Reinheitsgebot stamp as a marketing tool.

With beer purity as its core, what the German beer scene lacks in sexiness it makes up for in tradition and consistency. But it does make you wonder: Is the oldest food law in the world still valid? Are the principles of the Reinheitsgebot hindering or helping the German beer scene?

Depending on who you ask, you’ll get different answers. Klemenz from Bierothek believes that there should be some small adaptations to ensure all brewers are on a level playing field.

Miller, on the other hand, says it’s such an important part of Germany that it needs to be protected.

“When you are a brewer in Germany you have to save the history and bring it to the future, and the beer purity law isn’t a law that stops you from thinking of new ways to brew beer,” he says. “I hope the law stays like it is. The European courts say it’s a traditional law so we need to save it. I think we can save it, but we have to fight for it.”

Whichever side of the debate you’re on, one thing is clear. Beer culture is deeply ingrained in German identity. And for beer lovers, it’s a bucket-list destination.

Where to drink Reinheitsgebot beer in Bavaria 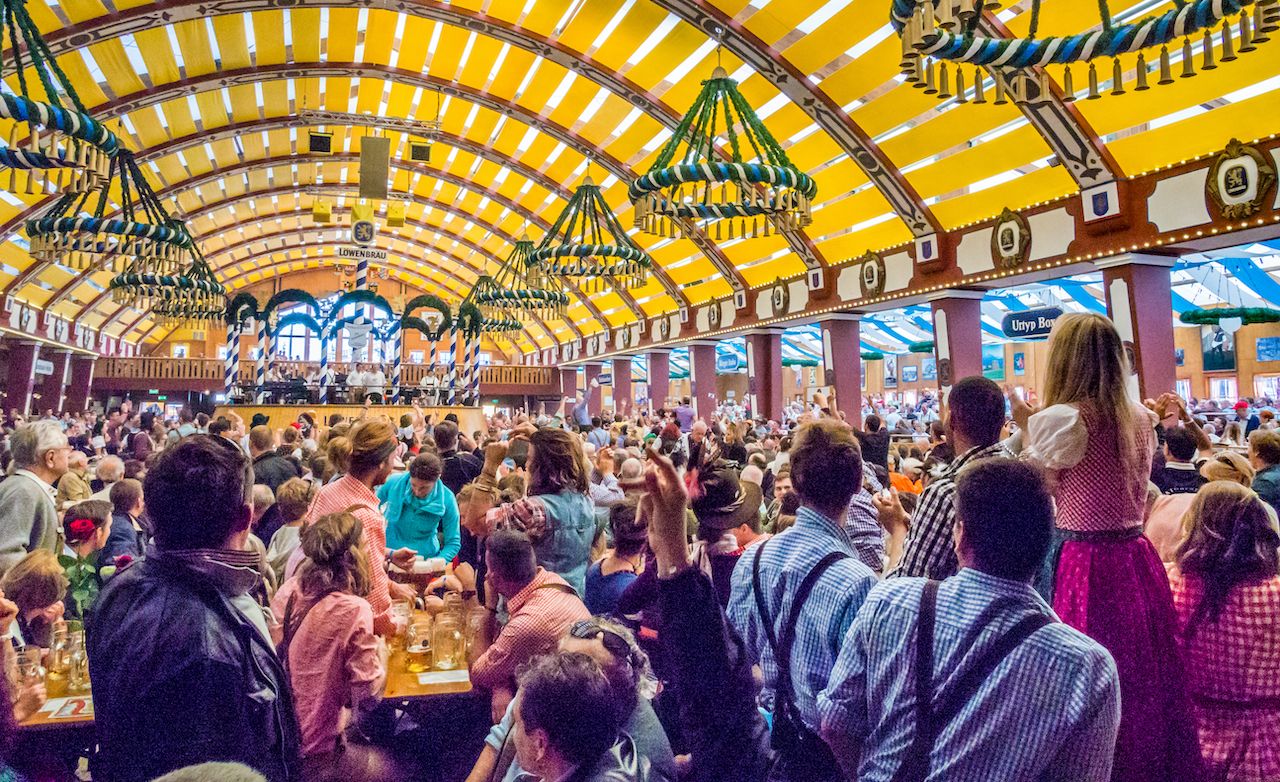 Bavaria, the region with Munich as its capital, is home to 667 breweries at last count. Due to the strict upholding of the Reinheitsgebot, if you want to taste German beer at its purest, your first stop should be here. Along with the big companies like Hofbräu, Augustiner, Löwenbräu, Paulaner, and Hacker Pschorr, there are plenty of smaller breweries worth a visit.

Rittmayer Brewery: If you want to try German craft beers that still adhere to Reinheitsgebot, Rittmayer is the place for you.

Irsee Klosterbrau: In picturesque Allgäu, Irsee brewery is worth visiting to taste its traditional mild-spicy monastery beer (and stay overnight in the converted rooms). There’s also a museum, and you can go on a guided tour of the brewery.

Hotel Brauereigasthof Aying: Take part in a beer tasting or a beer and food paired dinner at the family-run Ayling brewery and guesthouse located in Upper Bavaria.

Weihenstephan: It’s recognized as the oldest operating brewery in the world, and produces a delicious hefeweizen, doppelbock, and kellerbier made using a recipe from 1516.

Erdinger: As one of the world’s largest brewers of wheat beers, a trip to Munich isn’t complete without a stop at Erdinger. Join a tour to watch master brewers produce the liquid gold then take a break in the restaurant and enjoy the Bavarian specialty: white sausages, pretzels, and crisp wheat beer.

Where to drink Reinheitsgebot beer outside Bavaria

Ehingen’s Schwanen Brewery: Sleep in rooms made to replicate a beer crate and wake up to the smell (or taste) of fresh beer. Then explore the town of Ehingen on a beer hiking trail and wander between four traditional independent breweries, the oldest of which dates back to 1384.

Bamberg’s Spezial Brewery: To try Bamberg’s famous smoky rauchbier, you have to be within 9.3 miles of the city so you might as well stop by the brewery and see how it achieves its smoky flavor and then stay overnight.

Black Forest’s Rothaus: Set deep in the Black Forest, Rothaus produces delicious, cult-status beer with sustainability at its core. Wastewater treatment, woodchip and solar thermal energy, and locally produced green energy means the brewery is almost carbon-neutral. You can even hitch a ride on the Rothaus Express train around the local area before enjoying a refreshing Tannenzäpfle pilsner.

Berlin’s Eschenbrau: Combining the traditional long wooden tables, a lively summer beer garden, and Berlin’s city vibes, Eschenbrau is a welcoming haven for beer lovers. A mix of classic flavors and more aromatic hops produces a strong lineup of beers, all brewed according to the Reinheitsgebot.

Food + Drink7 Tasty Traditional Dishes You Need To Try in Bavaria
Tagged
Beer Germany
What did you think of this story?
Meh
Good
Awesome