Monumental change doesn’t always start in big cities. Sometimes some of the most significant moments in history begin in small towns.

Hattiesburg, Mississippi, was a key hub for advancing the voting rights of Black Americans in Mississippi during the Civil Rights movement through a voter registration drive called Freedom Summer that attracted more than 90 volunteers from out of state, 3,000 local participants, and 675 Freedom School students. Hattiesburg held the largest initiative in the state, outpacing bigger cities like Jackson and Gulfport.

January 22, 1964, will be forever known as Freedom Day. On this day, hundreds of Black Americans stood all day in the rain as they prepared to enter the Forrest County Courthouse to register to vote. Peaceful demonstrations continued for months. In July and August 1964, Freedom Schools were established in seven of the community’s churches that included classes with subjects like civics and negro history that, similar to today, were often ignored in public schools. The Freedom Schools became such an overwhelming presence that Hattiesburg became known as “the Mecca of the Freedom School World.”

The city of Hattiesburg has memorialized this movement by creating the Freedom Summer Trail. The 16-stop trail allows visitors and locals alike to see first-hand some of the most important historical areas in the town — and in the state of Mississippi.

Matador Network: Can you tell me a little bit about Hattiesburg today?

Marlo Dorsey: We cover our metropolitan statistical area of about 150,000. We’re a two university town, and we have a very dense population of Millennials here, believe it or not. We’re also known as the hub city because of the way that we’re structured geographically – a lot of major interstates and highways all converge here in Hattiesburg. What that meant many years ago is that people automatically came to the city of Hattiesburg for commerce and education, but they also came here for entertainment.

We’re a relatively new Southern city, meaning we were created after the Civil War. And so the railroads and the timber industry is what really gave rise to Hattiesburg over the last century or so. When we look back at the last several decades, we’ve seen that, because we are that natural melting pot with all roads leading to Hattiesburg, we’re a lot more progressive of a community than many other places throughout the Southeast.

What was it about Hattiesburg that made it the center of Freedom Summer in Mississippi versus a larger city like Jackson? 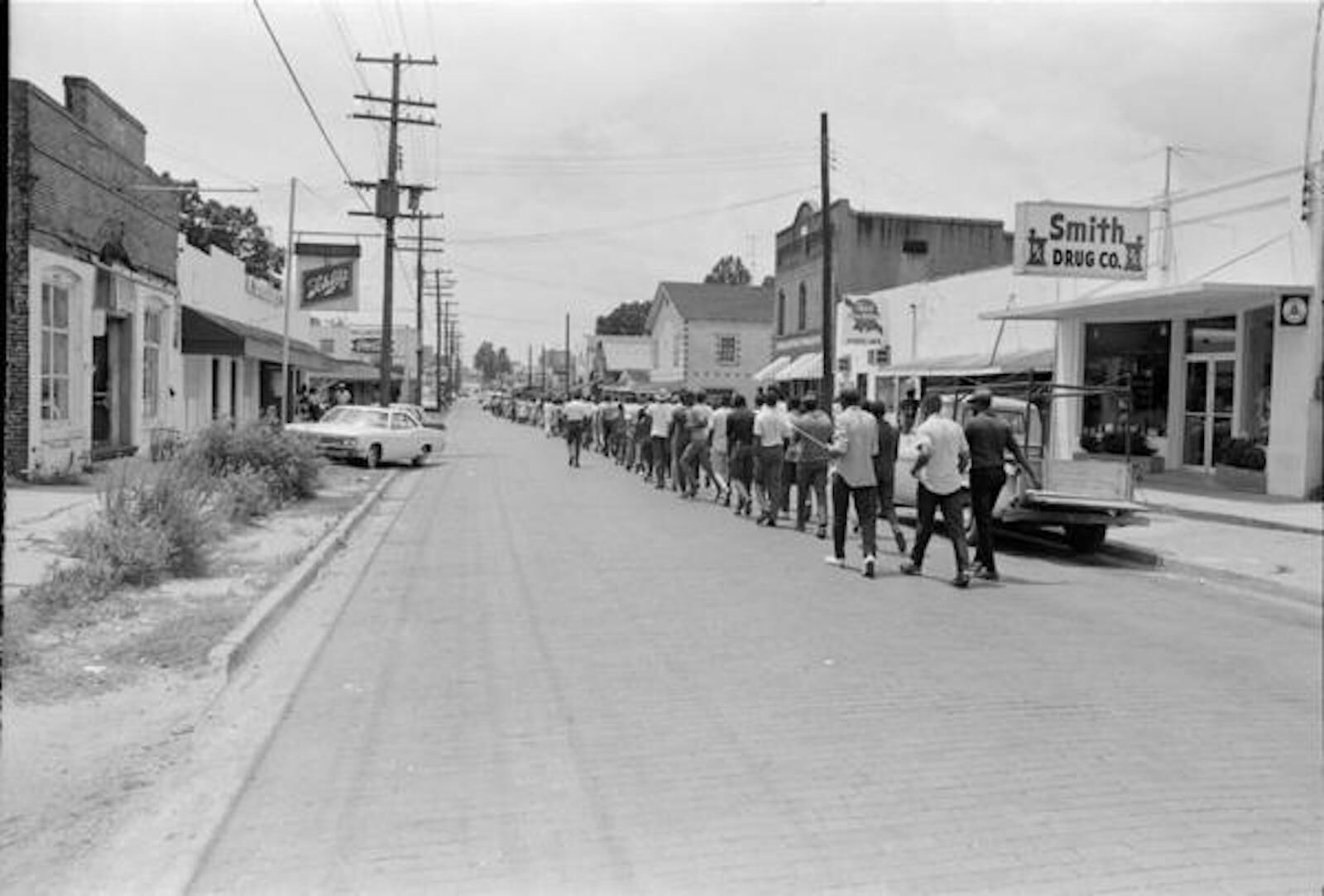 When we look back at the early ‘60s, and specifically with Freedom Summer in 1964, several key people in Hattiesburg’s history played a tremendous part in our Civil Rights movement. There’s a gentleman named Vernon Dahmer, who was the local president of the NAACP. And his core work and mission during this critical and pivotal part of American history was to ensure that people of all backgrounds had the right to vote. In fact, he is famous for saying, “If you don’t vote, you don’t count.”

During the summer of 1964, as the Civil Rights movement continued to garner national attention, activists came from all parts of the country to Hattiesburg. Hattiesburg became the Mecca for the Freedom School movement, where we worked hard to get our schools integrated and ensure that people had the right to vote. In 1964, the poll tax, which is just completely unconstitutional as we see it now, was imposed. Vernon Dahmer worked very hard to raise funds to pay the tax for people so that if they were of African American descent, they could have the right to vote.

At the courthouse at Forrest County, people gathered and they marched and stood up to allow people of all backgrounds the opportunity to vote. And at the same time this movement is going on, there are people from all over the country coming with the Freedom Riders to ensure that education would be equal and everyone, regardless of their background, could have access to quality education. It was just such a tremendous part of that moment in history for how Hattiesburg earned that prominent place as the largest Freedom Summer site in the state.

On one side, there are the historic markers highlighting the sites of Freedom Summer, but on the other, there’s the legacy of Forrest County, with a name coming from a Confederate general and the first leader of the Klu Klux Klan. How does the Freedom Summer Trail tell the story of Hattiesburg’s complicated place in American history in ways that people can only understand by visiting the sites versus reading about the movement in a textbook?

It’s no secret that Mississippi’s past is certainly filled with a lot of ugliness. And the scars of our past should serve as learning opportunities for how we all need to be able to move forward and appreciate one another and grow together. While we cannot change the past, we can certainly learn from it.

In that summer of 1964, 90 volunteers from outside of the state came to Hattiesburg, 3,000 local participants, and 675 Freedom School students were all part of the Freedom Summer movement. We need to make sure today that we are doing everything we can all these years and decades later, to talk about how this was a monumental pivot point for us to do more and ensure equal rights for everyone. We feel like it’s our job at Visit Hattiesburg to understand the history, communicate the facts, and show how that was indeed a turning point in the history of Hattiesburg and its role in advancing the Civil Rights movement.

Why did the city decide to go the route of an interactive self-guided tour versus something like a central museum? 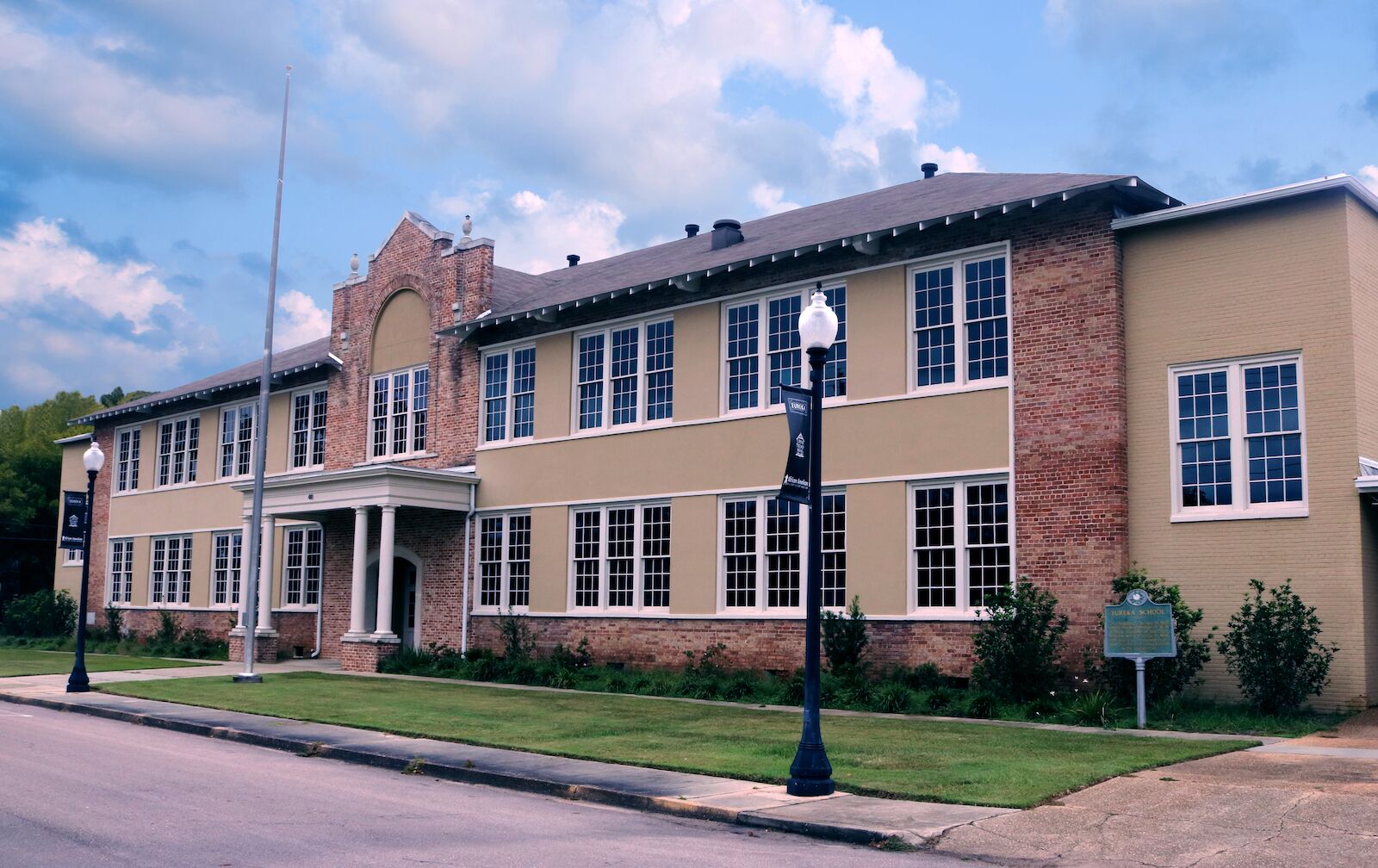 There are a lot of components in Hattiesburg promoting its attractions in the Civil Rights sector. We have several museums that are actually in the works. Hattiesburg is home to the African American Military History Museum, and it just celebrated its 75th anniversary just a few years ago. Also in the works right now is the historic Eureka school that’s gradually being turned into a Civil Rights museum.

But we all know and understand what happened in March of 2020, and that was the COVID-19 pandemic that disrupted all of our plans. We had begun the Freedom Summer Trail, which was a self-guided audio tour several years before that. At the height of the pandemic, we wanted to focus on presenting quality, authentic experiences that were compelling for people who were pent up inside but wanted to get out and do things while also social distancing. So we put a significant amount of time and resources into further developing the Freedom Summer trail from the standpoint of you don’t even have to get out of your car. You can do it on your own schedule. You can even do it online virtually using all the videos and 360 tours we have.

Do you have any favorite stops on the Freedom Summer trail? 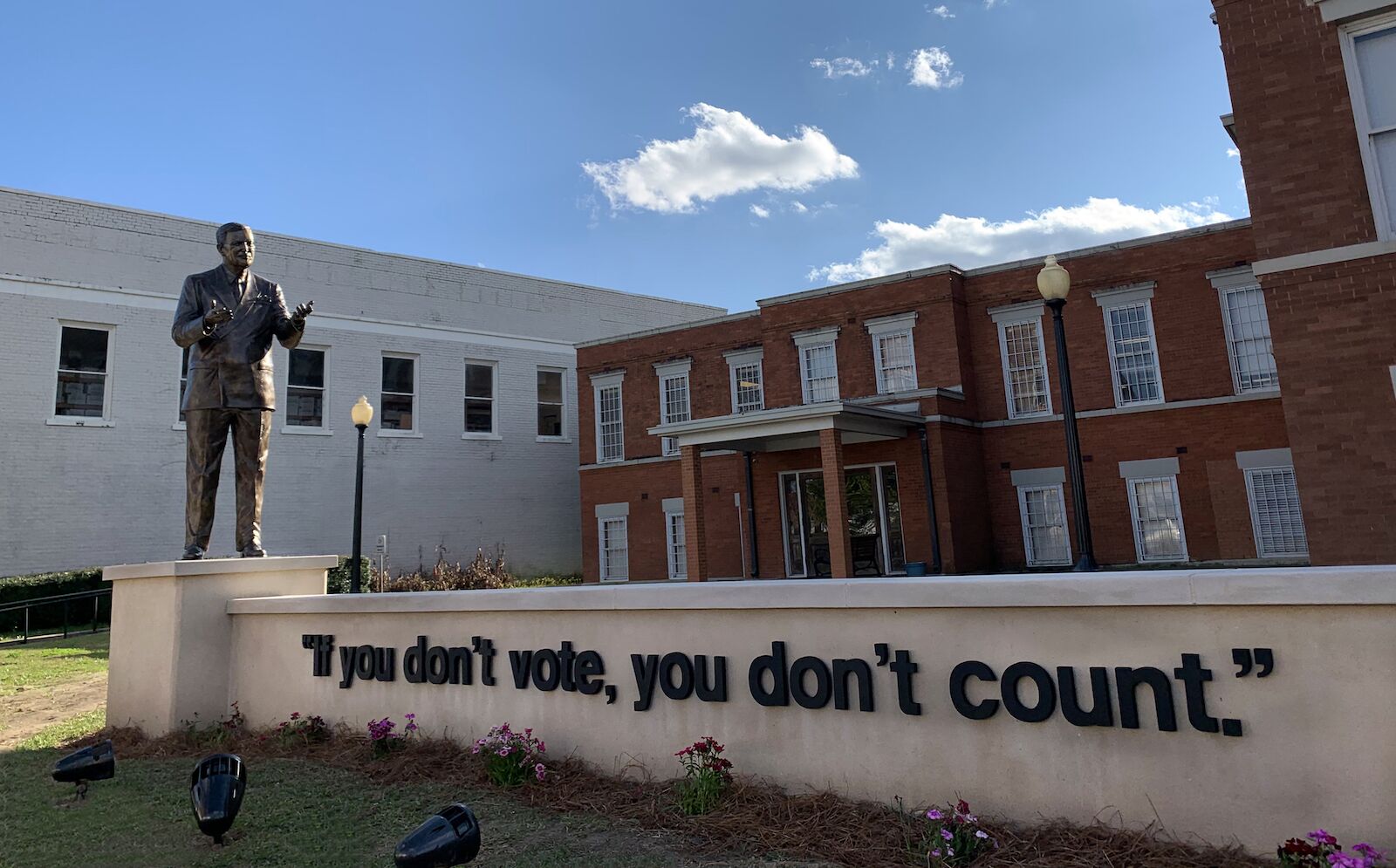 We’ve really enjoyed capturing the oral history with people who were there. We still have many people in our community who witnessed all of this firsthand. We enjoy visiting all 16 sites, but one of the most notable ones on our trail is the Vernon Dahmer memorial, of course, being in that place right there in front of the Forrest County courthouse.

We recently had a beautiful bronze sculpture unveiled there, and Mr. Vernon Dahmer’s widow Ellie Dahmer was there, as well as his children, when we had that dedication. Additionally, two voting rights bills are currently in the Senate, and President Biden’s recent speech in Atlanta on voting rights tied back into if you don’t vote, you don’t count. So we’re getting a lot of attention, certainly on this specific site.

Another one is Mount Zion Baptist Church, which where Dr. Martin Luther King stopped during that summer shortly before he was assassinated just a few months later. So there’s a lot of living history that’s here for people to see.

Beyond Vernon Dahmer, are there other civil rights leaders highlighted in the Freedom Summer trail that you think are typically left out of the conversation?

We have Raylawni Branch, who is very significant in her role. We also have Clyde Kennard. He was the first Black student to apply to Mississippi Southern College, now The University of Southern Mississippi. He was denied admission and arrested but kept fighting to gain admission. Unfortunately, he was never accepted to the university but was awarded a posthumous honorary doctorate degree from USM in 2018. Clyde Kennard is certainly a pinnacle figure in advancing equal rights for education. His marker was unveiled four years ago, and it’s part of the Mississippi Civil Rights trail.

I had the pleasure of being there for the unveiling, and the humility you feel standing there on a beautiful day, on a campus where today so much is taken for granted in terms of equal rights — regardless of your race, your gender, your religion. Just seeing what so many people had to fight for such a short time ago to get us to where we are today, it was such a tremendously humbling moment for us. It was sort of a testament of living history on how far we come and we still have such a long way to go. But we need to celebrate those successes and hold these heroic people in high regard because they paid such a significant price to continue advancing Civil Rights.

Why is it so crucial in modern America for people to see the sights of the Civil Rights Movement firsthand, and what do you hope people who participate will take away from this interactive journey?

Civil rights should resonate with everyone from all walks of life. We’re born into this life, and we all need to be treated equally and we all need to be provided with the same access to opportunity, regardless of our race, religion, sexual orientation, or how we identify. And this journey with civil rights, specifically, the Freedom Summer Trail, is one important component of our evolution.

As we continue to fight for equal rights, because we’re not there yet, there are still a lot of things in the social arena that we need to ensure. Our role is to make sure we’re promoting Hattiesburg’s story and sharing that story, even the parts of it that are not pretty, and to also share how we’re tied to the larger picture. We’re trying to show all the things that Mississippi has done and that we need to do.

Visit the city of Hattiesburg to embark on the Freedom Summer Trail, or take the tour online.

MuseumsYou Can See an Underground Railroad Stop First-Hand at This Historic Site in Lancaster, Pennsylvania
Tagged
Black Travel Museums Hattiesburg, MS, United States
What did you think of this story?
Meh
Good
Awesome