The US has many historic towns and cities where visitors can learn about the origins and lifestyles of former inhabitants. These places preserve their stories through museum exhibits that display cultural and historic artifacts. One such city is Lancaster, Pennsylvania, where sites of the Underground Railroad are being developed into a new museum and education center. These are located within the home and business of anti-slavery and pre-Civil War Congressman, Thaddeus Stevens, who resided in Lancaster for the last twenty-six years of his remarkable life.

Unlike Harlem’s Black Renaissance and Tulsa’s Black Wall Street, Lancaster is not well known in the popular discourse for its role in African-American history. The charming city lies 71 miles west of Philadelphia and is easily accessible from major Northeast cities.

The discovery of the Underground Railroad site and the stories behind the city’s past residents is enthralling. Interestingly, the site is enclosed within Lancaster Marriott and is currently under preservation.

When visiting, you’ll learn about the radical abolitionist and key political figure of his time, Congressman Thaddeus Stevens, and Lydia Hamilton Smith, a free woman of color and his confidante and property manager, whom he lived with pre-Civil War in downtown Lancaster. Stevens adopted anti-slavery as a political cause and their residence was an important stop on the Lancaster Underground Railroad. Their home is historically significant because it shines a light on Stevens and Smith and their dedication to pre-Civil War civil rights efforts.

Stevens’ residence is on 45 South Queens Street and since the Lancaster Marriott is built around the brick home and the adjoining Kleiss Tavern — a business also owned by Stevens — visitors can view the preservation process behind glass in the lower level of the hotel. The display is accessible through the far end of the lobby and down a flight of stairs.

During archeological digs under a courtyard in the back of Stevens’ home and office, a water-collection cistern was also unearthed. The hypothesis is that this was used as an emergency hiding place for those who were enslaved before they moved further north to freedom. 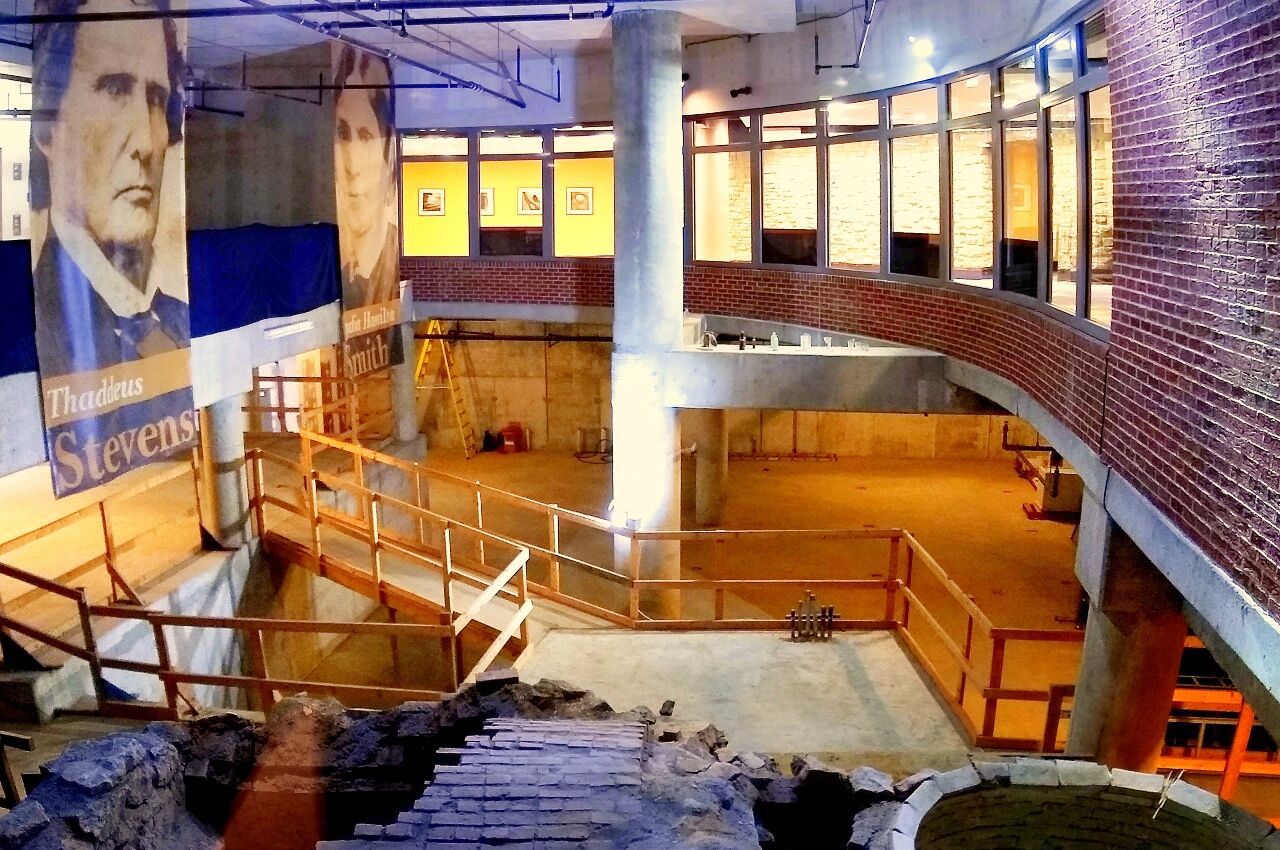 You can also visit the Vine Street lobby area of the Lancaster County Convention Center, there you’ll be able to stop at a viewing area that showcases the cistern and view photos and other artifacts.

The sites of the Underground Railroad are under ownership by the Lancaster County Convention Center Authority, a local organization that “contributes to the economic vitality of Lancaster by providing a world-class event destination.” The rights to develop this into a historic museum are held by Lancaster History — a group focused on educating people about Lancaster County’s role in Pennsylvania and US history.

According to Randolph Harris, the Research and Community Outreach Coordinator for Lancaster History, the Underground Railroad site is slated for opening in late 2024. Although the development is still in conception, Harris shared that there are plans to create interactive exhibits, community meeting spaces and a historic recreation of people and events. Detailed museum activities will be finalized before opening. 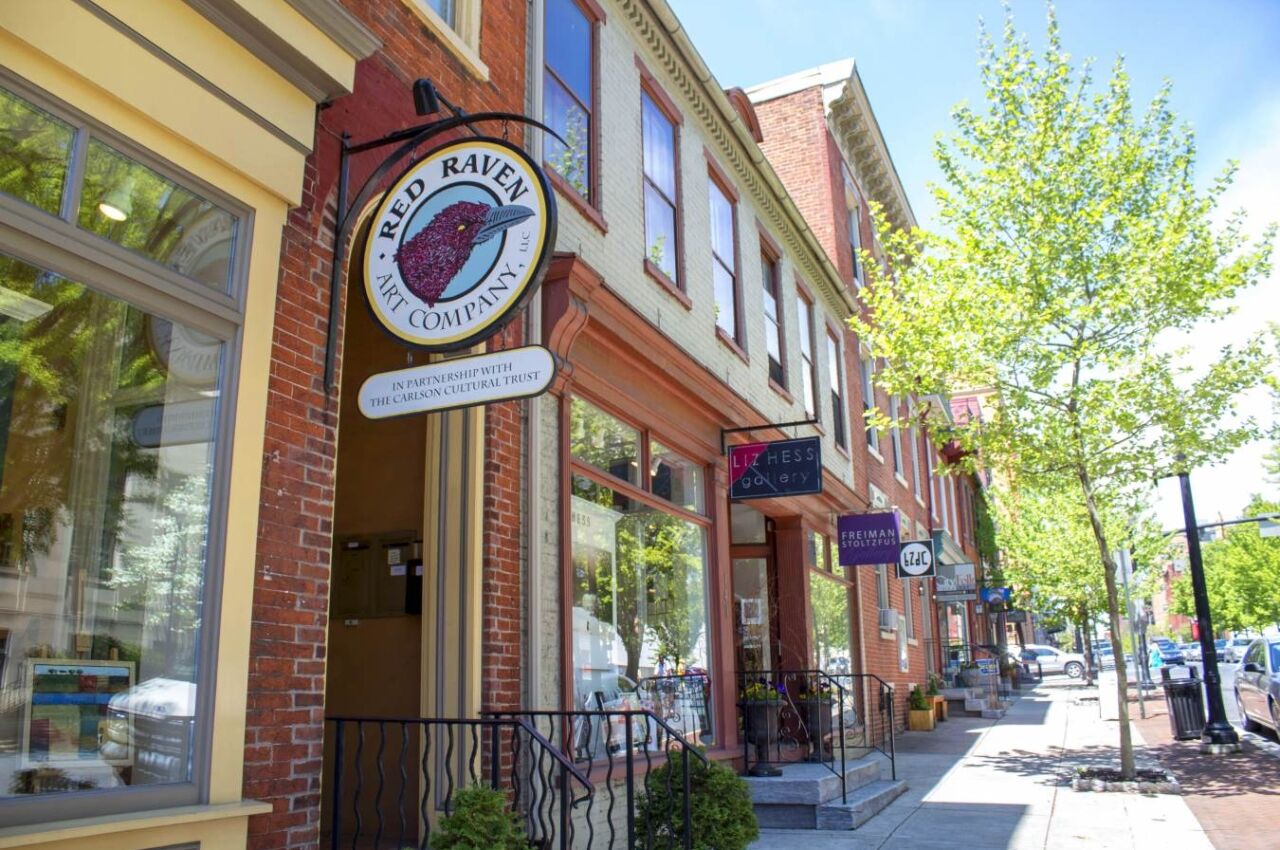 In addition to sites of the Underground Railroad, the city of Lancaster has well-preserved architecture and plaques depicting major moments in US history, a blossoming food scene, and a walkable downtown of independent shops, cafes, and galleries. Discover Lancaster currently has a superb 22 percent off a staycation in the county and a great catalog of trip planning content to help you get the most from your visit.

Don’t wait until 2024 to experience Lancaster and its offering. Add this under-the-radar city to your domestic tourism itinerary for history and events that still have significance in present-day discourse.

Black TravelSo You Wanna Go To a Black College? Guide To East Coast HBCUs and Their Cities
Tagged
Archaeology Museums Pennsylvania, United States
What did you think of this story?
Meh
Good
Awesome

9 Natural Wonders You Won’t Believe Are in Pennsylvania